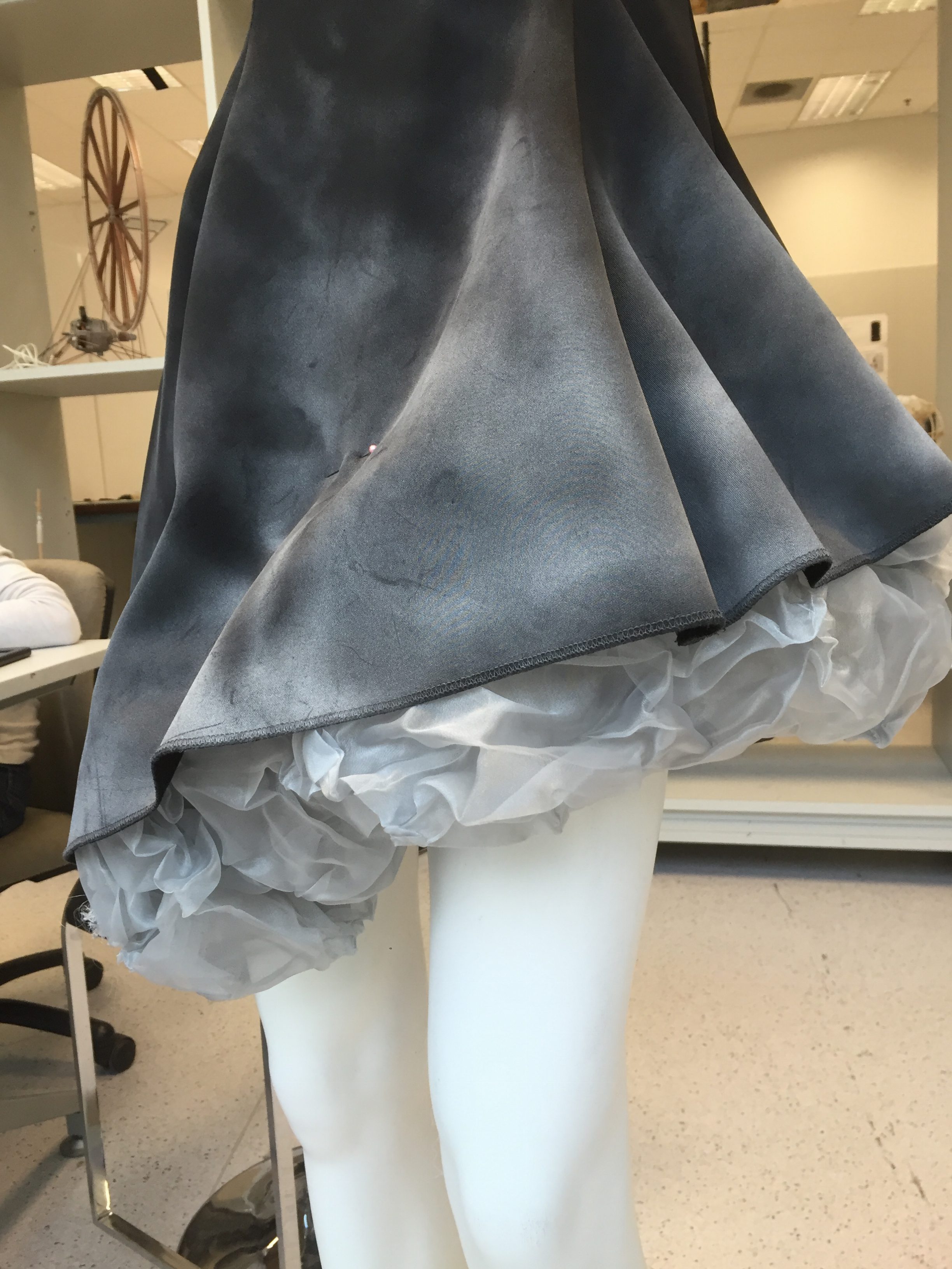 So far I had the shape of the dress along with the mesh and collar. The next steps were to add decorations to enhance the design of the dress.

Boiling of extra organza, there was insufficient 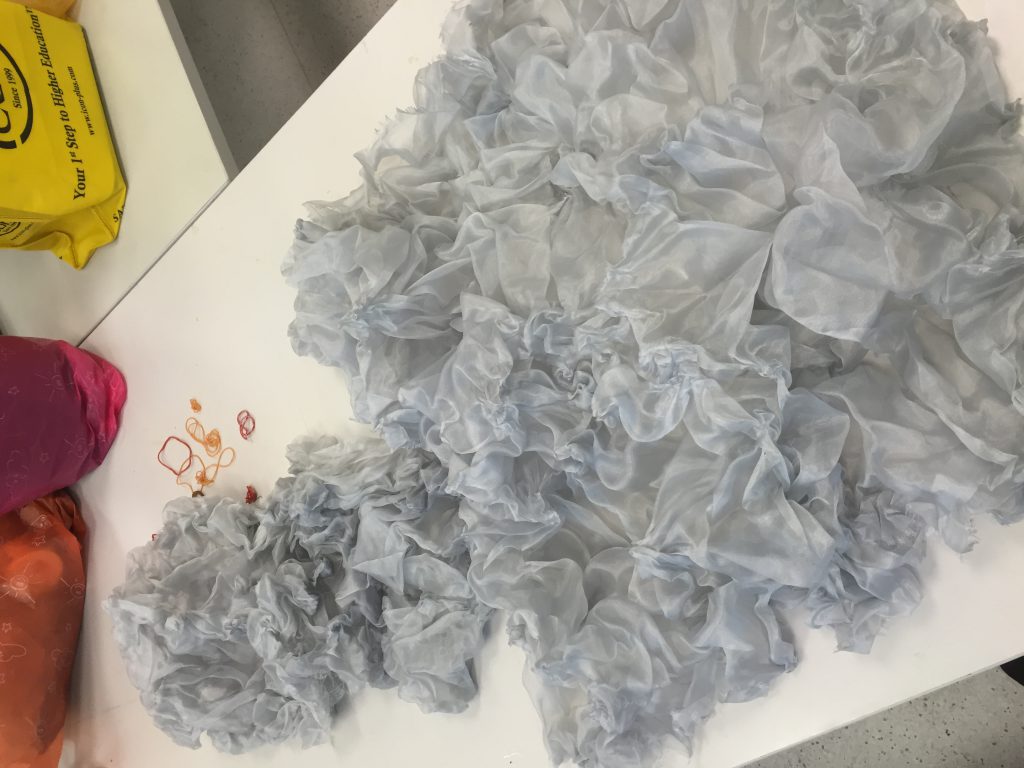 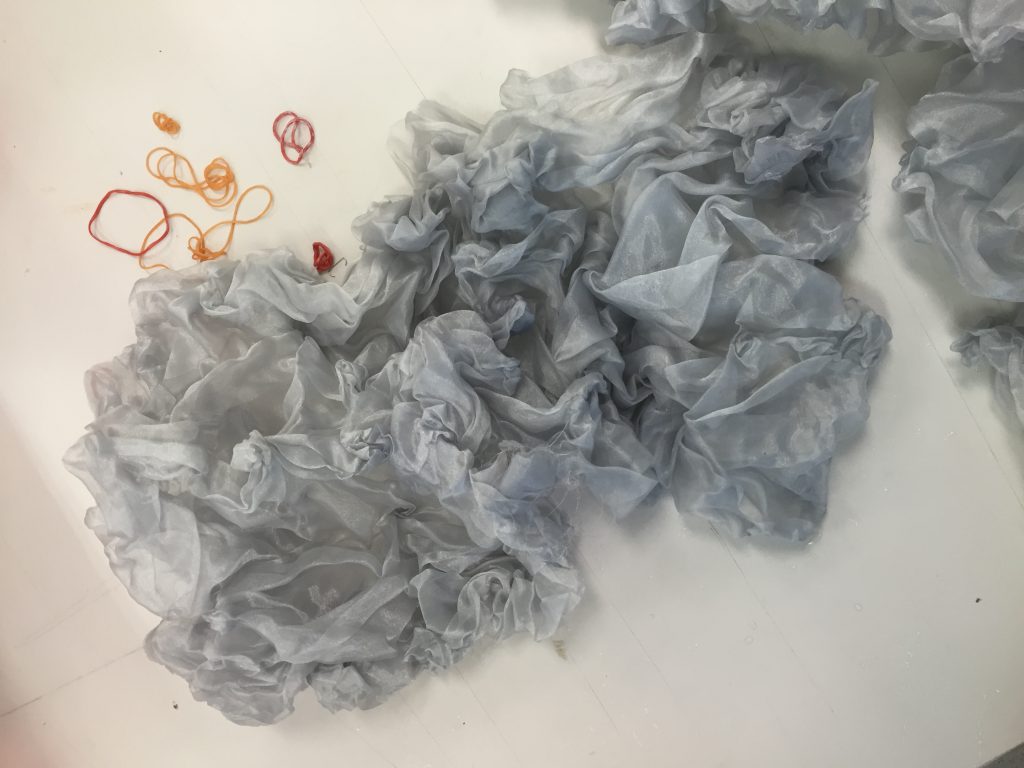 To achieve an ombre effect on the skirt, I used this spray paint After spray painting the dress 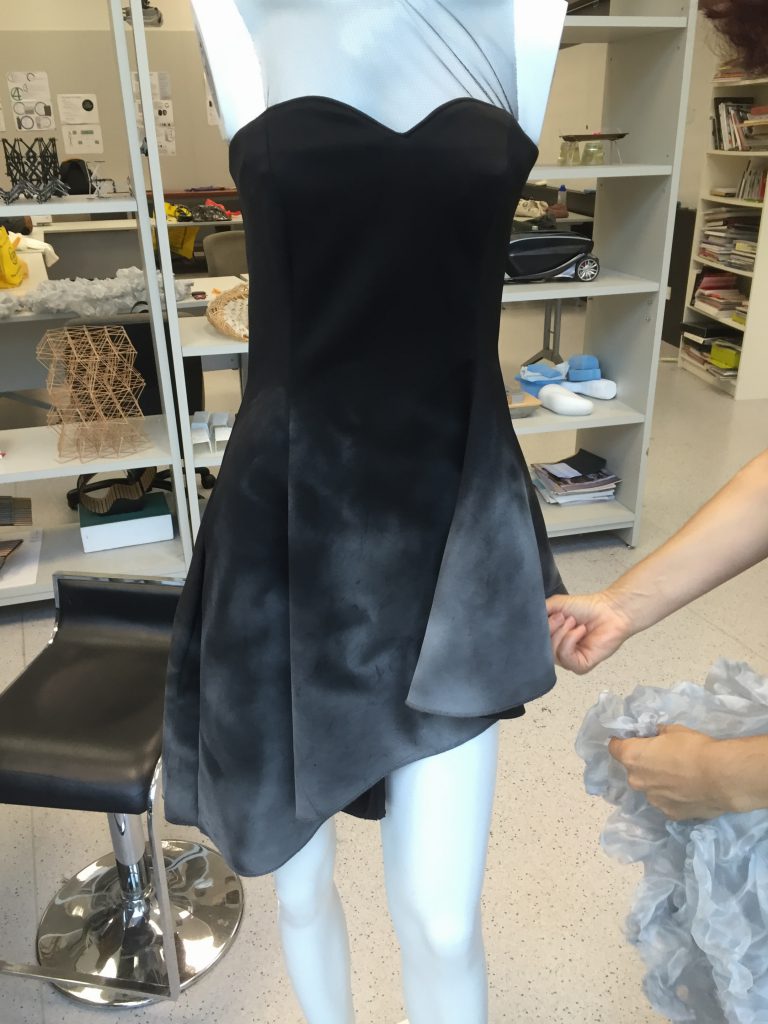 Starting to sew the organza under layer 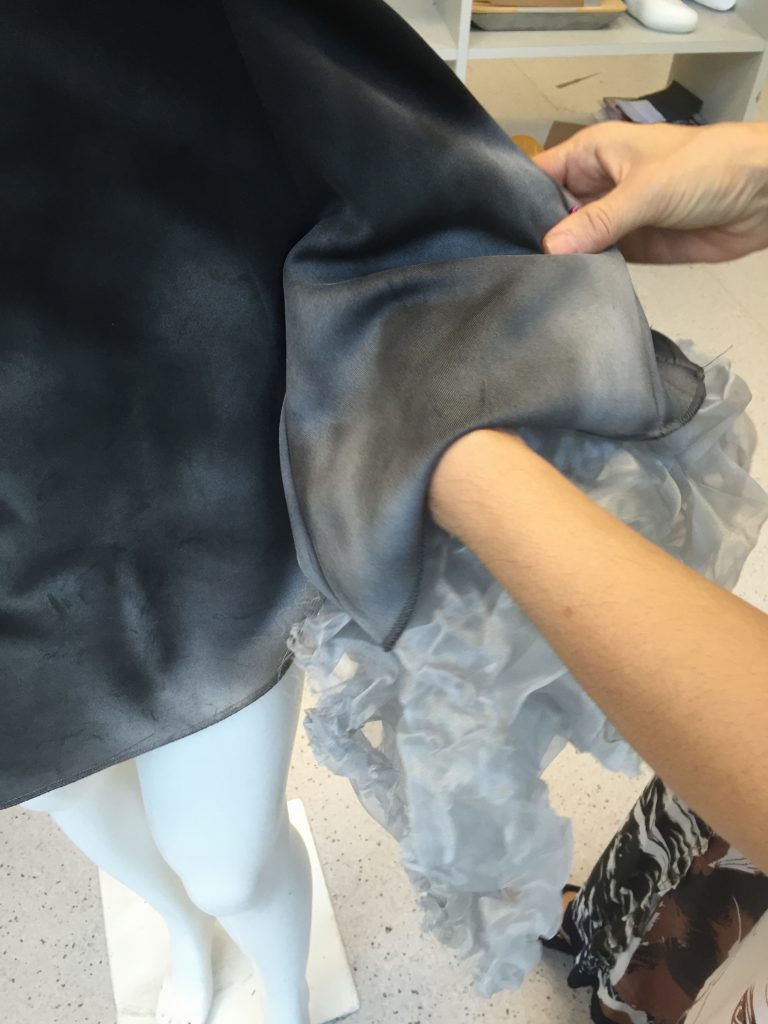 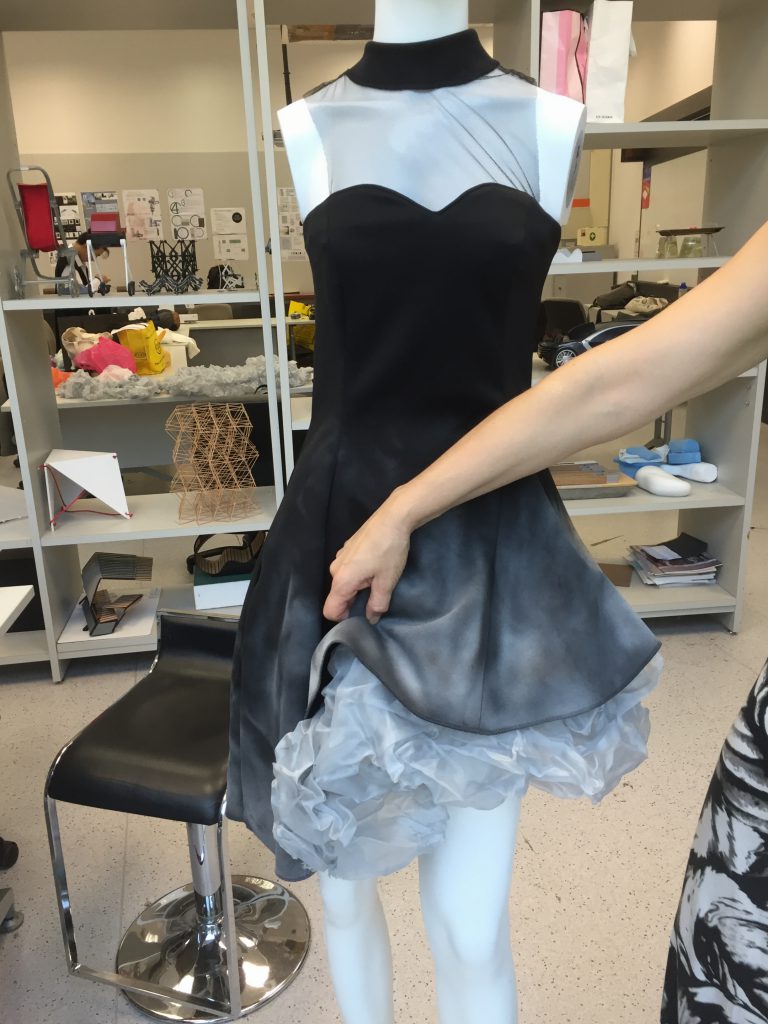 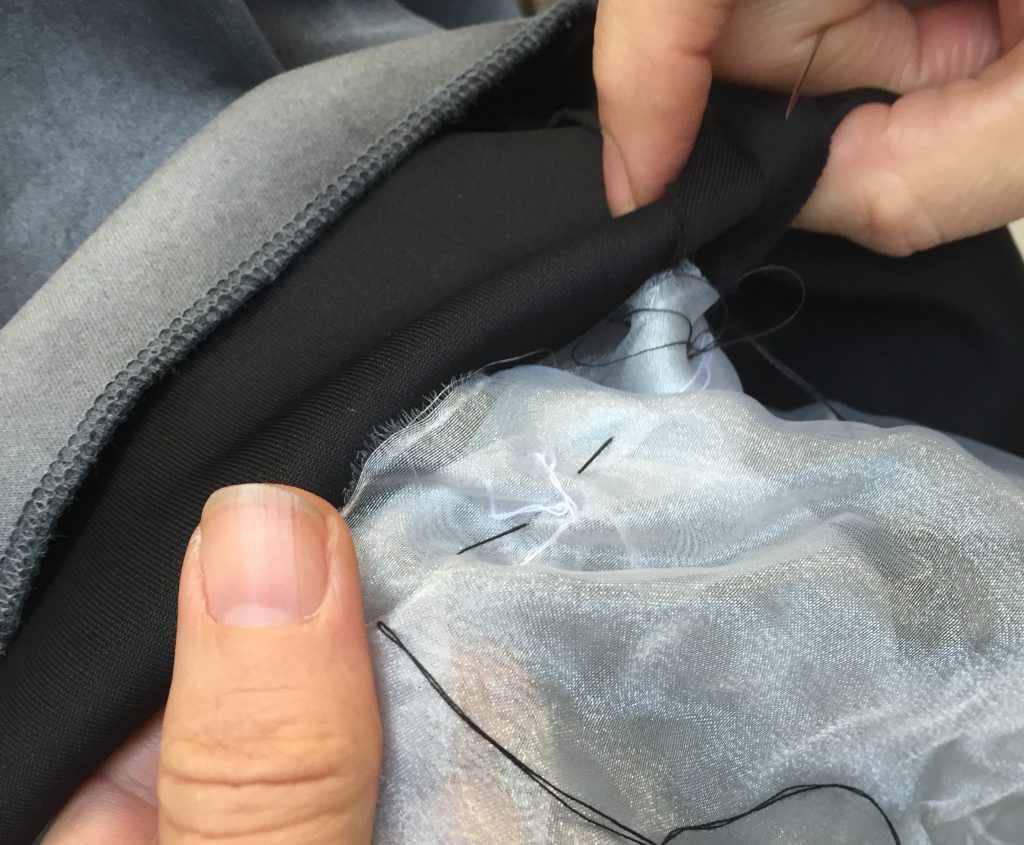 Finished the organza under-layer for the front of the skirt 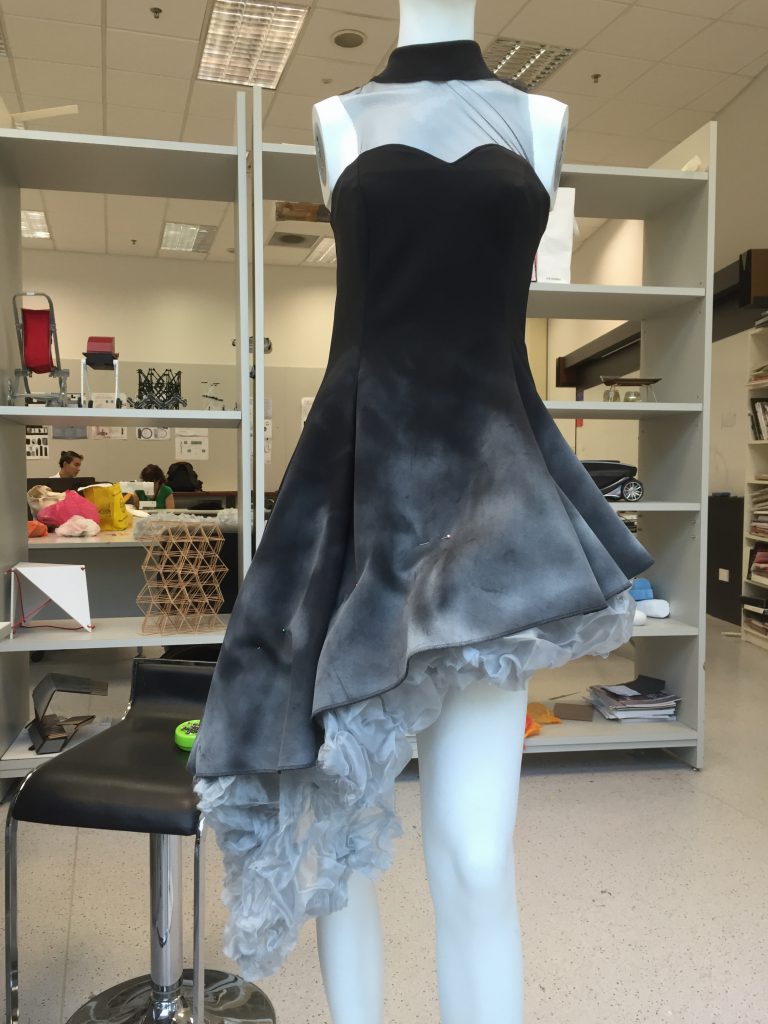 I consulted Angeline and she took the moves I was doing subconsciously, spurring me to develop them into intentional dance moves. I thought that was interesting, a depart from the usual dance I do which follows a fixed choreography. She was more interested in the spontaneity and the subconscious moves, it felt more like abstract art.