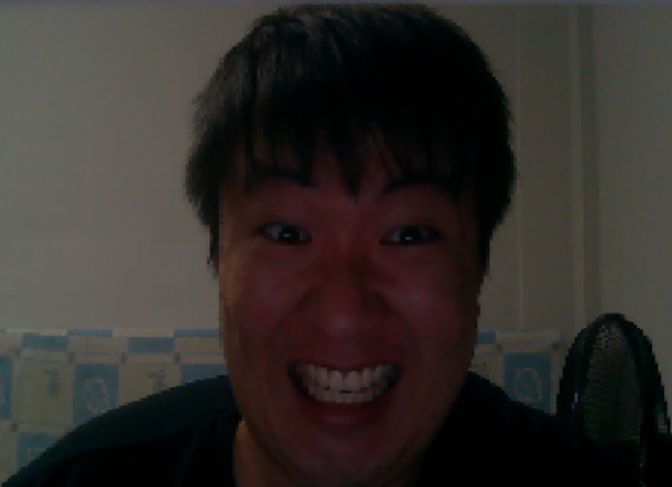 Objective – Dim the image when the subject got closer.

Sensing – Detection of the face, from the coordinated, we could calculated the size of the face, thus able to tell if the subject was close to the camera.

Assignment 01_Mirror was a interesting assignment to work on, having no prior experience with Max. The issues that I have encounter was mixing up the integer with the floating number and the message box with the object box.

The image below is the workflow of my assignment. 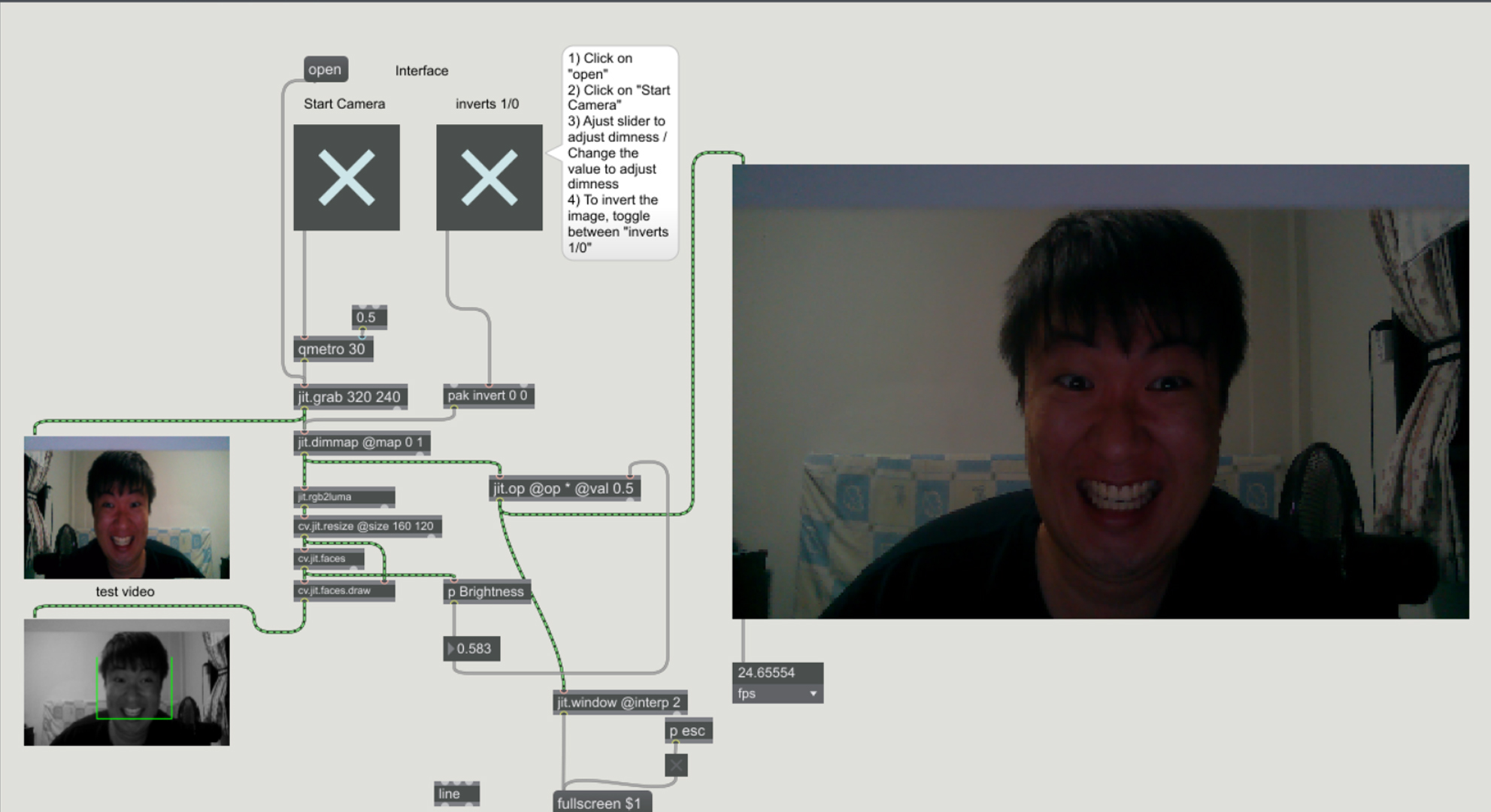 A simple game that revolve solely around your interaction with a stranger. It was simplistic interactive piece but still retain a level of difficulties with the puzzle element in the game.

For this exercise, I wanted to tell a story of a simple, personal adventure of a normal personal. Having let them go on a spiritual adventure to find themselves and how they have grow and developed in this journey. I have taken a small amount of inspiration from different media, e.g Ni no Kuni, The Secret Life of Walter Mitty. The story of a young boy who ‘lost’ his cat.

Set off on a small adventure to find his cat.

Conflict – face off multiply challenge to continue on his path to find his cat.

Climax – The realization that his cat has passed on.

Got over the fact that his cat was dead, the adventure was just his hallucination, a metaphor of the process of losing your loved one.

The story of a middle man leading a monotones life, working hard and ignoring his family. The total amount of off days he had accumulated have reached 365 days, 1 year.

The boss have given him a compulsory 1 year vacation, to bring his family along to have fun.

Conflict – Fought with his family due to differences in ideology and lack of understanding.

Climax – Left his family behind to go to work.

Reconnect with his family, getting to know his family again after all the years of ignoring them and working. 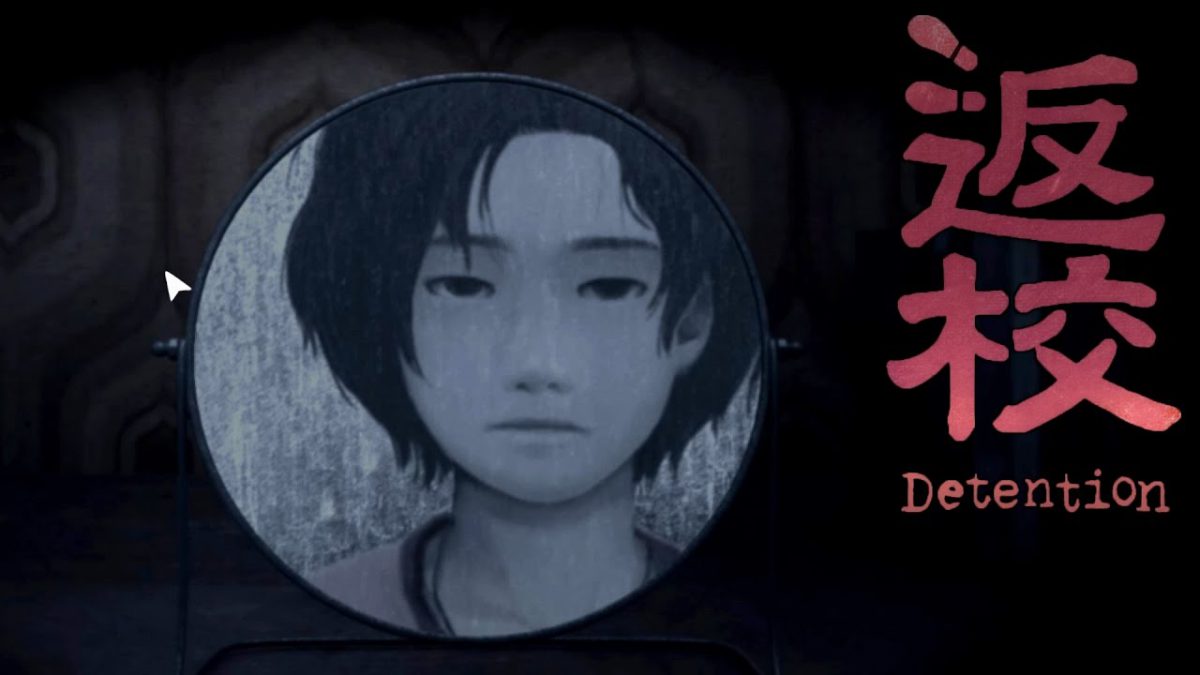 My project topic is quite similar to this game. A Taiwanese game set in Taiwan, with their local element and story. I feel extremely inspired by Detention as they are not afraid to show off their culture. Being a point and click horror games, I feel that I could have taken some elements from this game itself. 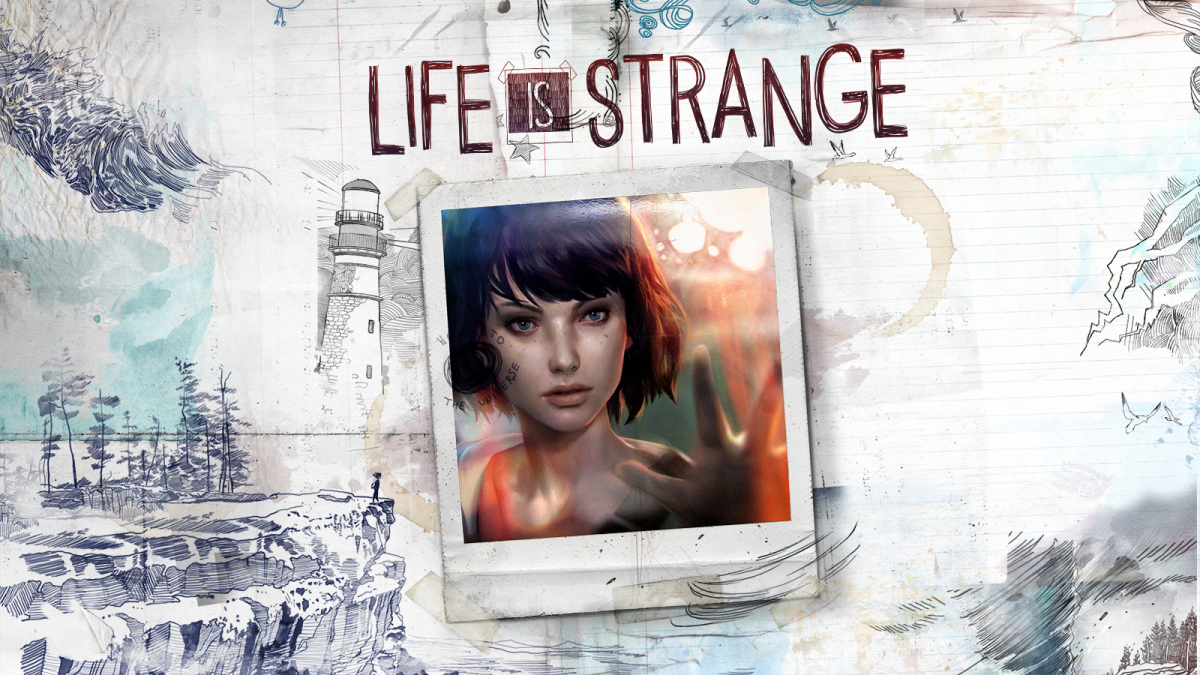 I would like to mention that this game allows the player to make difficult choices and action, which make it more engaging.

Before I further explain my idea, I would like the reader to click on the link. My first topic idea would be to highlight the problem film makers nowadays faces. In the link, we can see that there were lots of american stories not being made in America itself, but Canada. The same could be said about Singaporean film, Singaporean film maker do not like filming in Singapore! I would like to explore Singapore and note down some scenic location that could be use in Singaporean film, compiling them into a sort of narrative for the audience to experience.

On my second topic, I would like to make a point and click game that revolves around different stories, which will converge at some point and affect each other stories. The player would have to make difficult choices and allowing them to chose their own path in the game. 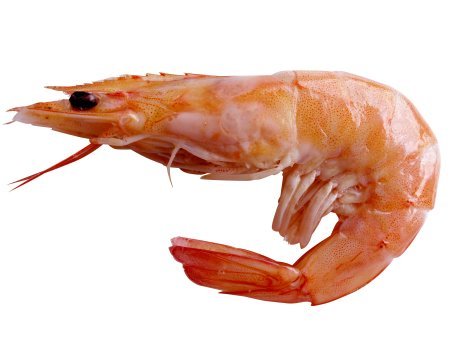 The essay written by Eric Zimmerman about the four main concepts of a game was a refreshing read and I had gained much insight about games, narrative and interactivity. However, I could only agree to a certain extent of the topic at hand, and I had a point to add on to the essay as well.

A computer-generated narrative achieved a dynamic, complex storytelling with unexpected turns and event based on the player’s action. However, with further scrutiny, the magic that made such interesting narrative would eventually disappear. Every action the player made would results in the same predictable consequences. Not mentioning that computer-generated narratives were inconsistent, breaks all narrative structure and pacing. On the other hand, pre-scripted narrative games have no such problems. Even though the replayability of such games were low, the game and the narrative itself were consistent. Unfolding each event as it was supposed to, therefore allowing the players to enjoy the narrative of the game as the game developers intended.

At the end of the day, the gaming industry and the investors would prefer a low-risk and consistent product to invest in, thus the increased of pre-scripted games. However, one should not despise such games due to the popularity as there were no right or wrong in terms of narration. The writer should not show such bias as it displayed his immature thought process.

One point that was not mention in the essay I would like to add on was another criteria that would make a game was the risk factor. With the rigid structure and monotone rules of a game, the element of risk was the one that elevate games from an “Interactive Narrative Experiences”. A possibility to win more and a risk of losing all that have been gained, to put it in layman’s term, a gamble! A sort of gamble was present in every single game, from poker to chess to video games. Even a simple puzzle game could be improved with a timer and the possibility of a fail state. Difficult, yes! But infinitely more rewarding than a simple puzzle game. However with today’s games, failures were inconsequence and even outright dismissive.  I could only hope that this would change in the future.