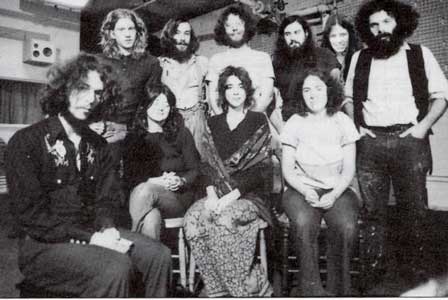 “Here Come The Videofreex” was a fascinating documentary about a group of people finding ways to distribute and broadcasting their own video after being fired by CBS for their unique content. I had watched the hour long documentary and I find it extremely inspiring and interested in their journey.

If there was one word that could be used to describe the content that Videofreex were producing, it would be unfiltered. In the older days, films and television programs were often formal and filtered. Films often have the same plot line and bits that were choreographed to have the fine polish the audiences would expect and the news coverage was just a man sitting in front of a camera and reporting about the political tension that was happening at that time. However, the Videofreex bought the Sony Portapak to the street and film the protests and demonstrations at that point of time. It felt real, textured, exciting and unfiltered. It reviewed the real problem the society faced and allowed people on a street to have a voice that would be heard by thousands of viewers. I believed this had sparked a new form of journalism. Everyone with a camera now could report on a major event, everyone is a journalist! 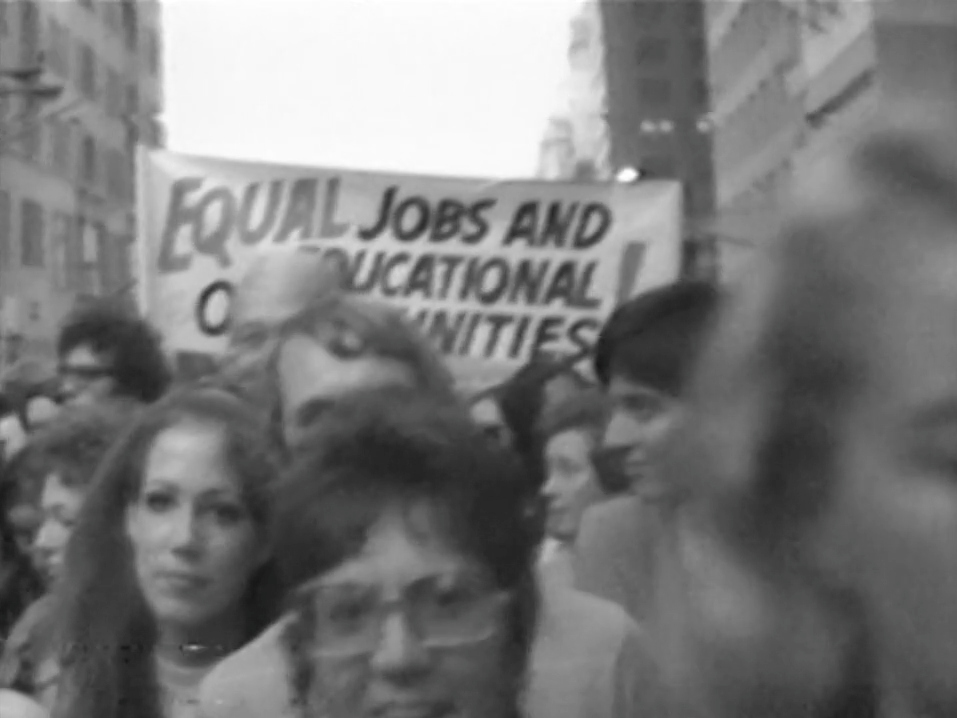 An example that I found similar would be a Youtuber/Journalist called Tim Pool producing videos about today’s political climate. He often filmed down protests or demonstrations and interviewed people that were participating the event. I would say both the Videofreex and Tim Pool had achieved the same goal of shedding light on whats really happened in today’s society. It also had shifted the power of mainstream media to alternate sources such as Youtube and Facebook. People no longer have to get their daily doses of news from big television networks such as CBS or CNN. 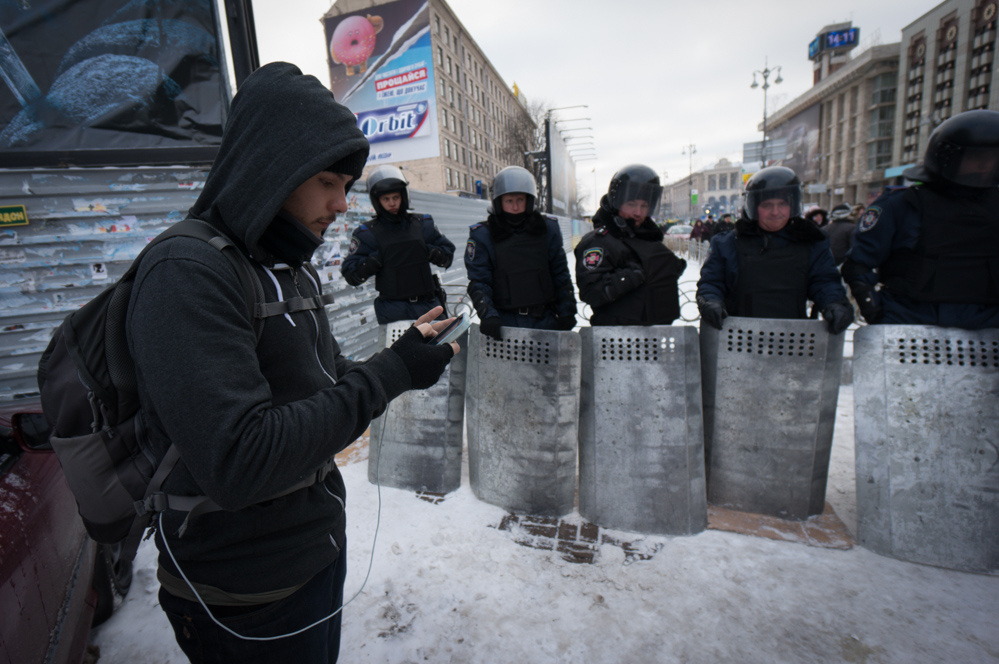 Another thing that I found extremely interesting about Videofreex were that the footage they broadcast were often about their daily lives and the event happening in Lanesville. Neither did they have any lavish set to use as a background nor did they have any beautiful costume to doll themselves up in front of the camera. However, people were attracted to their content, people were attracted to them, the Videofreex. They were attracted to the video of their daily lives and happenings! I believed that was also the reason why they were so charismatic because they were capturing life. The life of millions of people that lived like them, that why they were so relatable because the Videofreex remind people of themselves!

The Videofreex had broken the stagnate state of television programs and were the first to have experimented with the third space. The audiences were treated to an idea of having to interact with the people on their television and Videofreex were able to interact back using a telephone. They were interacting in a shared space, the third space. In today’s society, we were able to see such interaction everywhere and everytime someone uses social media to broadcast or every time someone tweet or post about their lives. I would like to quote a sentence from an article about “The Third Space” by Randall Packer as it would properly illustrate the connectivity of our being.

Nowadays, our sense of being and presence is scattered throughout the third space. We are everywhere. 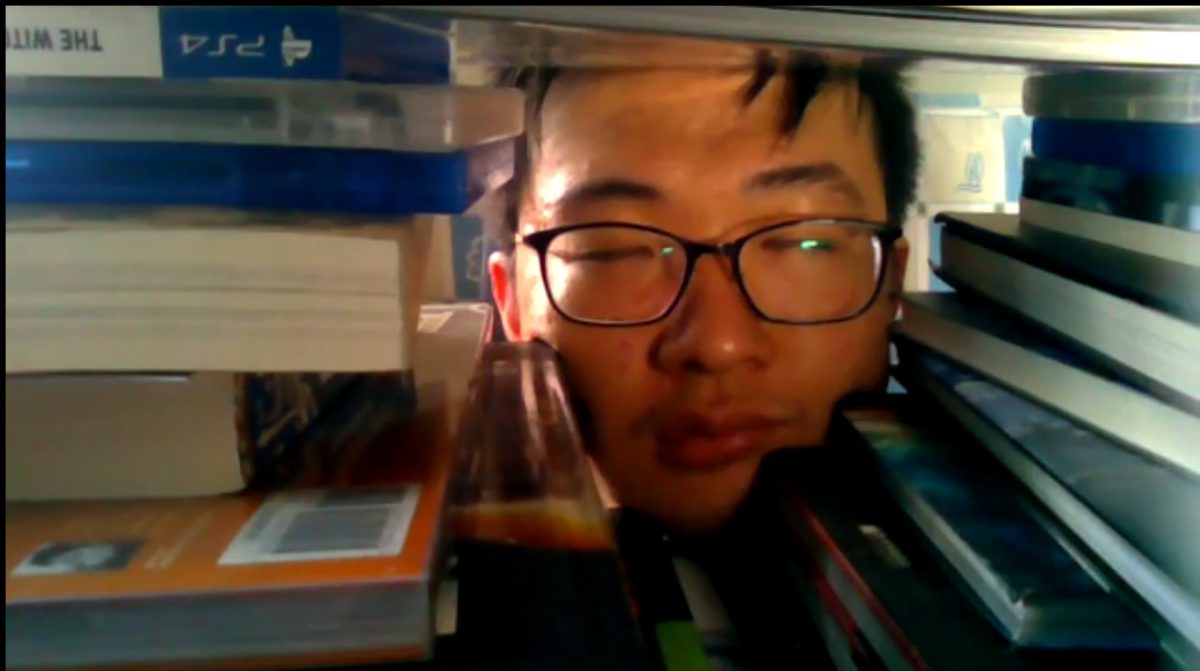 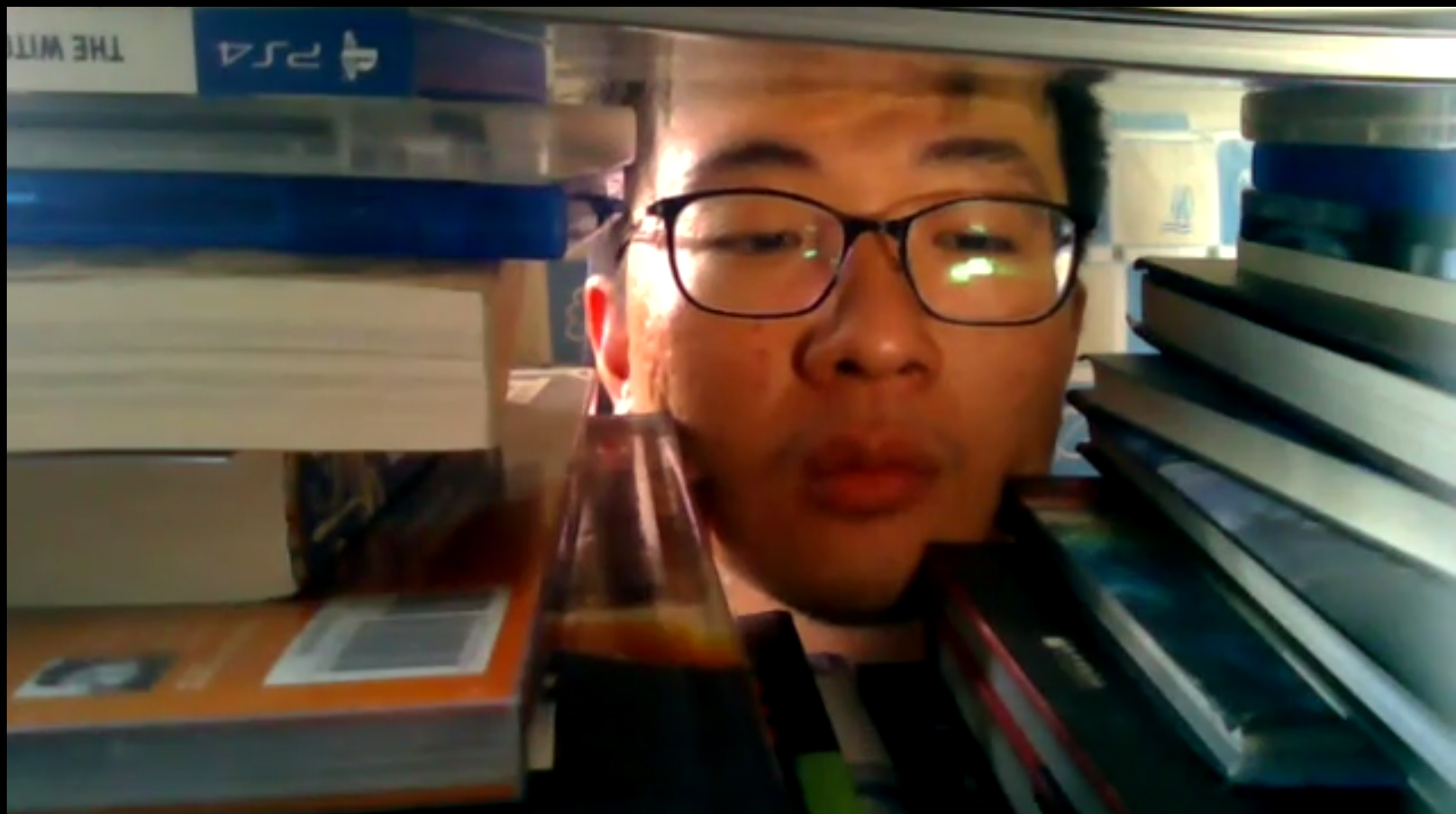 I would like to believe that my alter ego is a hoarder, collecting books and hoarding things that I would find important, even if it has no value at all. Though I love to hang out with my friends and enjoy interacting with people, I have to admit that I also love to stay in my comfort zone and immerse into the world I’ve created. This also shows the artist side of me, collecting bits of knowledge and techniques to further improve my skill as an artist, also to increase my visual library through reading and studying all the varies solution to a design problem through all these art books.

Therefore I view all these books as my gold, surrounding myself with all the wonderful treasure as I slumber, portraying myself as a “Dragon”, for dragon is well known for their hoarding behavior. 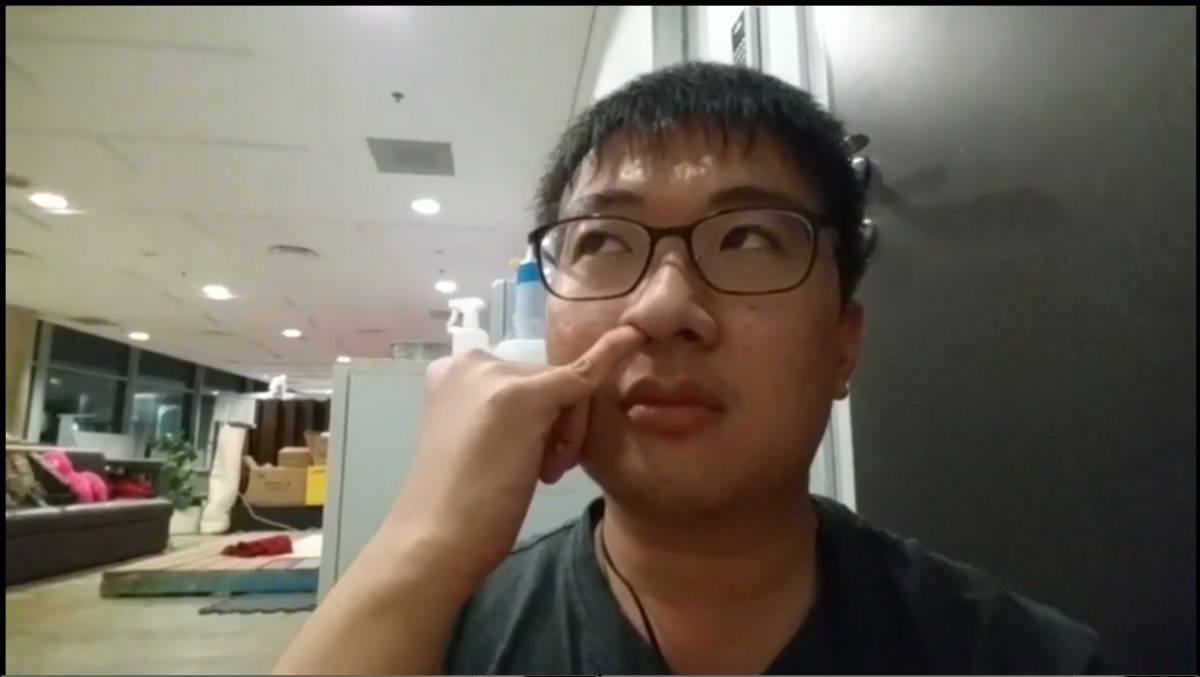 This is for school.

15 mins of live vid for school

I will be describing what it feels like to broadcast a Facebook live video, all the decision that I have made in different stages of the broadcasting.

When I was told to broadcast a Facebook live video, I was nervous, very nervous. Partly because I wasn’t sure of the exact things to do for the live broadcasting and I never had the experiences of broadcasting ever. There were many things that came to my mind as of what to do in the video, but I quickly dismiss all the thoughts of a choreographed video as it would not properly accentuate the main focus of the project. I believed that we were to film objects, locations or scenarios that were interesting to us, that were happening in the natural progression of the environment, rather than a choreographed video that was carefully thought out. So I had decided to follow my guts and do what was right, to film whatever that piqued my interest at that point in time.

I had to admit that it was both fun and embarrassing to be broadcasting with other fellow classmates, but to be able to walk around the school while capturing moments of your life and shared it with your friends on Facebook was kinda refreshing. It couldn’t be expressed with words as I couldn’t really pinpoint my exact emotion at that time. 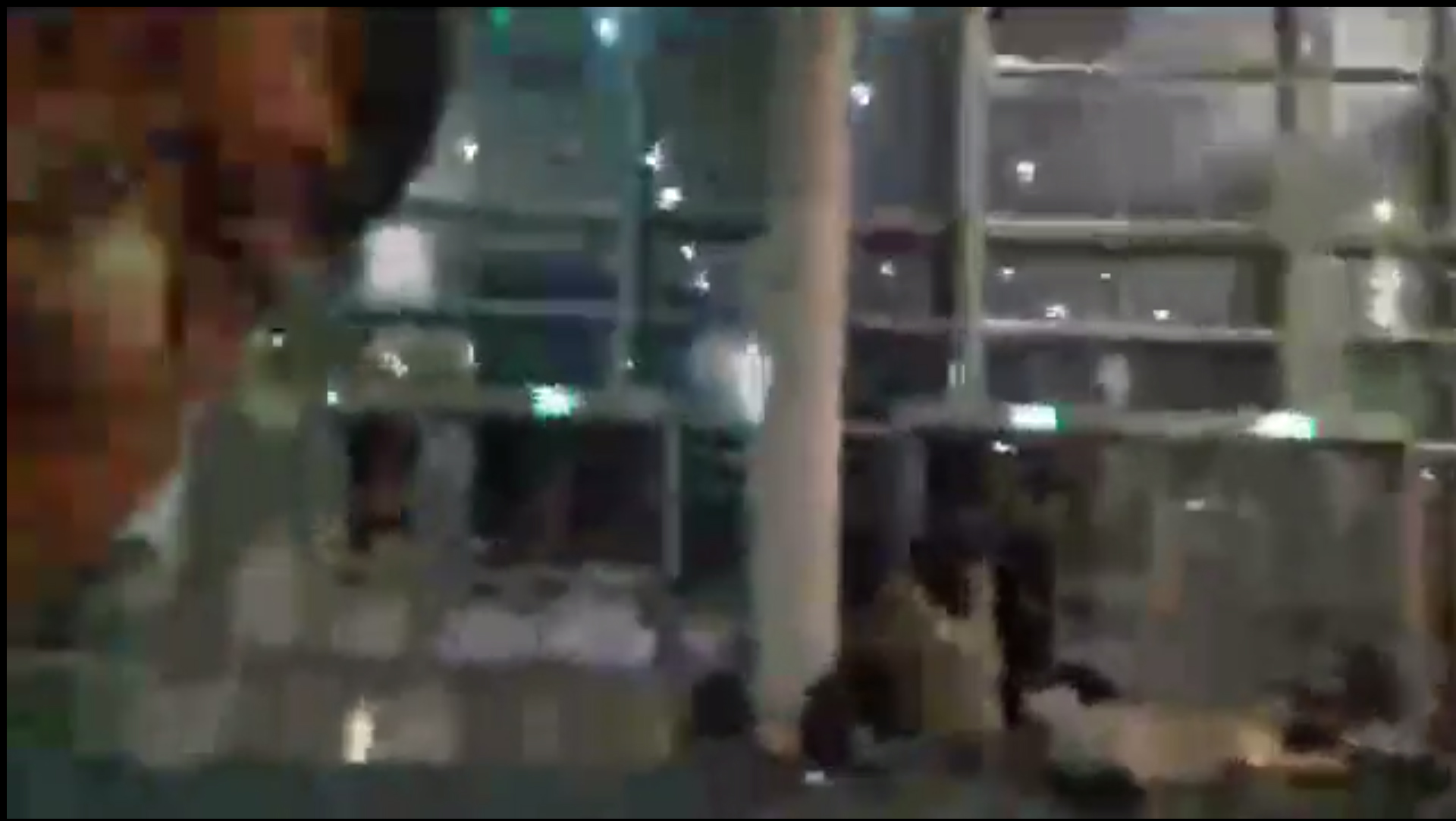 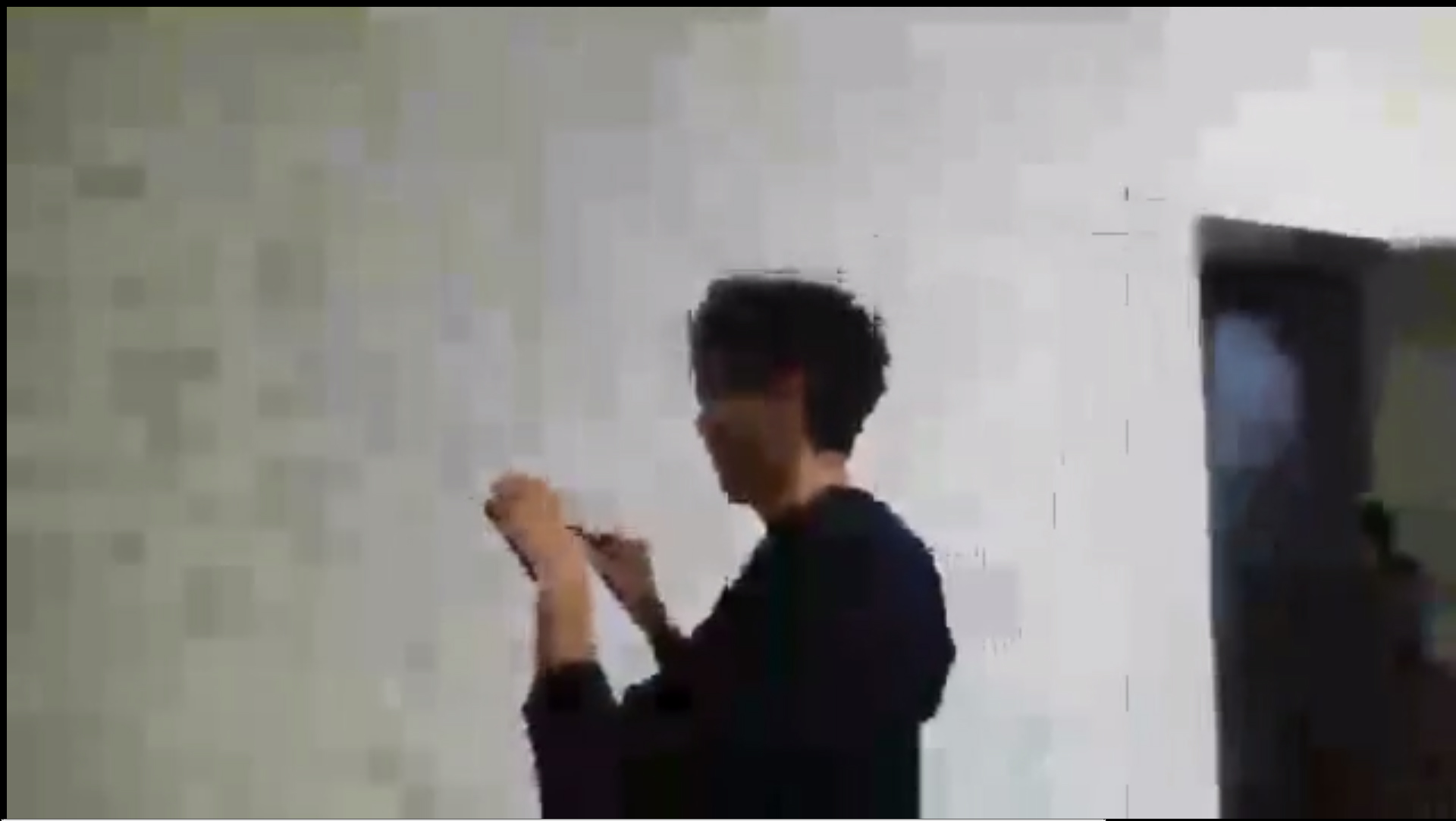 It is hard to maintain my demeanor and composure in front of a camera, knowing that there were people watching me, even if it was a small audience. Before the broadcasting, it never crossed my mind that the audiences were actually interacting with you! Although they are not physically in the same location as you, they were still interacting with you in the “third space” while commenting and liking your video and as you were reacting to their comment at the same time.

Seeing people reacting to my live video has also made me extremely self-aware. I was afraid of wasting their time on my video and that they might judge me based on the video that I’ve broadcasted.

I am excited to see the end product of the mini project, excited to see what other classmates had captured on their live video. And it was satisfying to see all the live video come together and form the narrative.

The project had also change my perception of broadcasting. I used to think that live video was just the same as any other video. They were just entertainment meant to be consumed by the customer. However, now I had a new-found respect for people that stream live video online. It was not as easy as it seems to be and to be juggling with all the comments and information at the same time could really prove to be too much for some people.