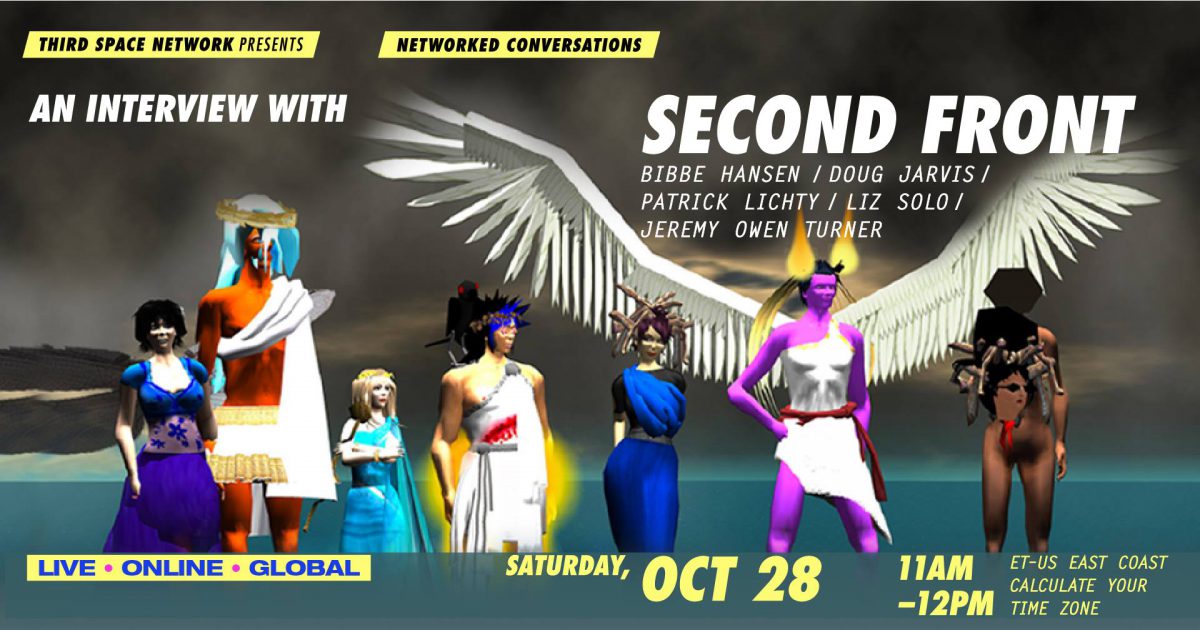 The Second Front interview was a refreshing and interesting live broadcast. I was actually looking forward to the live interview and log in to adobe connect early to catch a glimpse of the content of the video. I was at that point formulating a question that I could ask the Second Front crew later on in the interview.

The interview started. It was a new experience to me that I get to see the faces of the people that were behind the Second Front’s avatar. All of the members of the Second Front crew were looking great and fashionable. The interview discussed the process behind the world, how they consider the audiences and social issues and we were able to ask them questions on the chatting section.

I have to say that the interview did not go well in the beginning. There were latency and lag from each live feed. At one point, the host’s (randall parker) adobe connect crash, resulting in me getting disconnected with the meeting as well. However, the content and the process shared by the members of Second Front were very educational and have taught me a lot about the “third space”. It has also come to my mind that the interview was similar to the one that was done by the Videofreex. I was able to interact with the video and they were able to interact back, the “virtual leakage” concept was still present ever in the interview.

In Conclusion, the Second Front interview with Randall Parker as the host was an eye-opening experience for me. I was glad that I had the chance to peek behind the curtain to analyze the process of their work and their further plan in Second Life.

I was Cher See View all posts by Goh Cher See