Follow up from the idea of the sound diffusion exercise, this exercise incorporates the use of light and changing certain thing about the light based on the movement too.

Using the same value system as the sound diffusion, the patch was able to work on the computer itself. But in actual practise, the response isn’t very consistent or great. Thus, i use the dmxusbpro and using the template for the use of multiple lights, the lights are working. 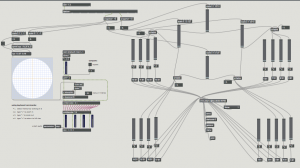 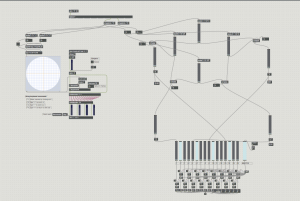 For sound, instead of using the value system, now using ambisonic, which helps to give that gradual transition effect of the sound from 1 corner to the other.