unControllable is a project that consist of 5 hourglasses that plays sound files upon turning them over either side.

The project is broken down to 2 parts. The hourglasses and the technical part.

The hourglasses are made of plywood and the curved part of plastic bottles. 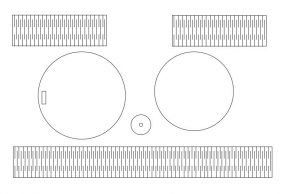 AI file of parts to lasercut for the hourglass. Done by Liu Ting Xu

The plywoods are being laser cut, such that it is able to bend to fit around the circumference of the bottle top. Below, we can see a breakdown of the product that is being made. 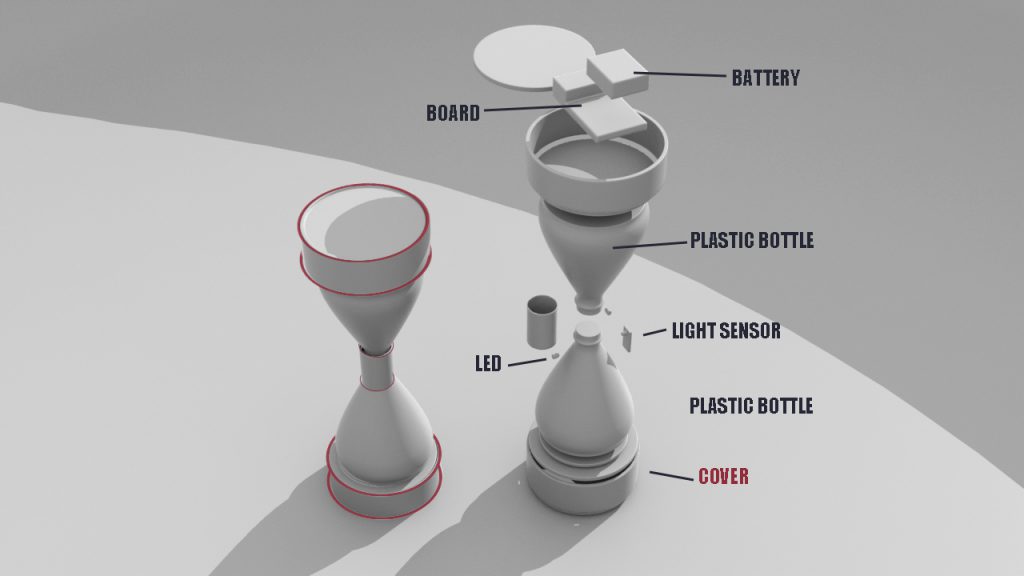 Breakdown of how the hourglass will be assembled.

Because the plywood was quite thick, so we laser cut twice on the plywood and also cut them out from the imprinted plywood.

There are two aspects to the technical part of unControllable – Hardware and software.

Initially, we wanted to use multiple photoresistors to collect the data through the arduino. Then, we decided to use iCube-X wireless modules with its Flash sensor, that collects data from light too.

Initially, we used the arduino software since we played with the arduino. 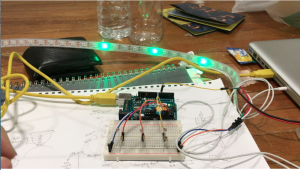 Image of a setup using arduino, photoresistors and LED strip

Then, we moved on  to Max MSP. We connected the iCube-X wireless module to Max MSP via iCube-X’s software – Connect, and then retrieve the data that we want via OSC-route on Max MSP. 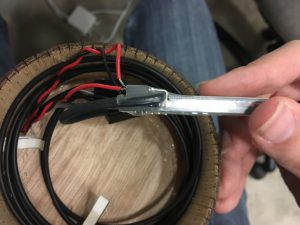 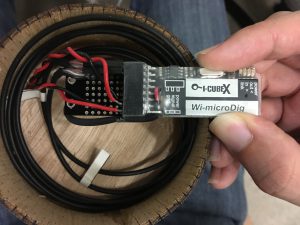 The Max patch went through a few changes.
Initially, we used a Scrubbr-patch to play around with the frequency and duration of the sounds. 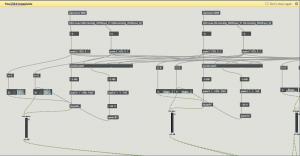 a snippet of the Max MSP scrubbr patch

Then we tried to use Granular Gobblr, and other granular patches to play with the gain and pitch.
Unfortunately, we went on to having a patch that just triggers playing a sound when the hourglasses is turned over. 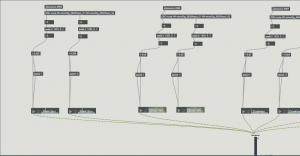 a snippet of the final patch

There is a signal constantly coming in from the module, and despite trying delays and the patch onebang, we did not get the desired outcome. Thus, we went on with just trigger the sounds.

Below is the video for the project: