In this exhibition itself, there is an area where people can play with coloured LED balls 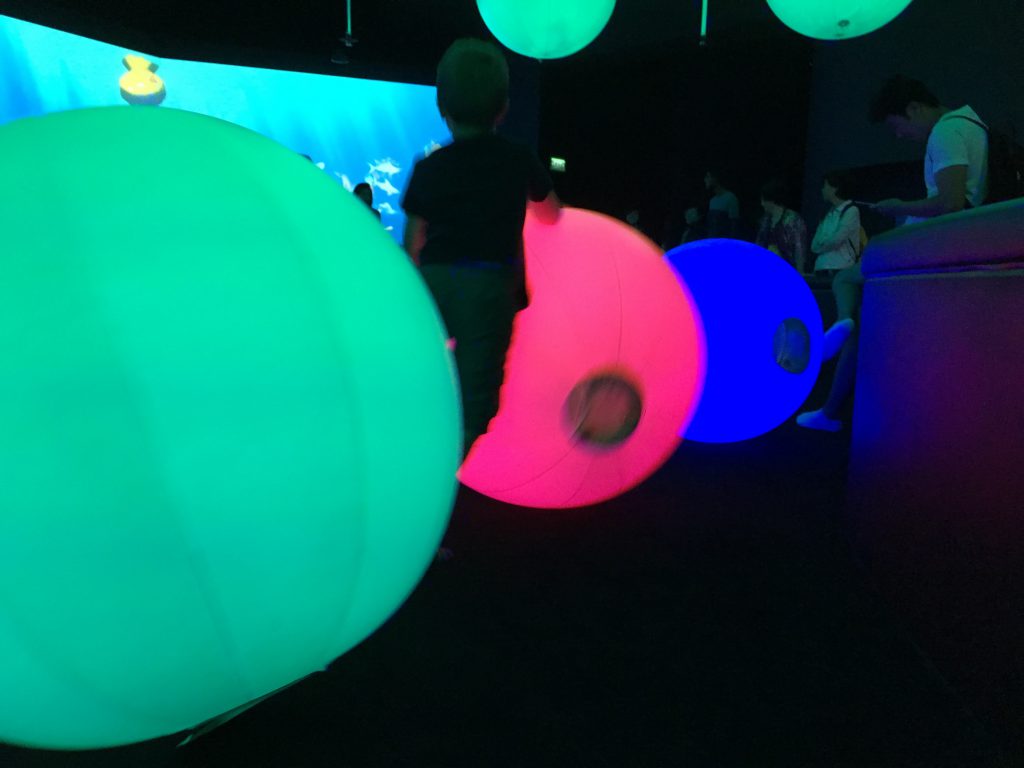 While it is fun to play with the balls – having change colours and sound effects when bounced, thrown and knocking other balls, it is also humbling to know the development in which this has came about.

Considering the spaces that they have, TeamLab started off with something simpler in terms of technology and limited in terms of range as their initial space for this work in the past was smaller.

As this work goes to other places, TeamLab adopts other methods to create similar if not better effects of this piece, and increasing their range of interaction for the balls. From something around 3m to an area of over 20m.

The ongoing development to create this inspires me to continue to work on projects that i’ve done before, as it is possible that they have the potential to be a lot better than it initially was.

For different cultures, in general mainly the Western and Eastern cultures, the West tends to gear towards a certain direction, whereas the East tends to encompass the surroundings.

That struck me as to how different cultures would approach something such as space differently, and it would be interesting as to how i could approach this in my own practise.

One thought on “From TeamLab”