The idea of the work is to bring about an awareness of the open space – to create a platform for people to think whether they have taken open spaces for granted.

To be directly aware of open spaces taken for granted, interactive obstacles was to be made. So there was a plan to make repetitive structures and place them in a given space as seen in the images. 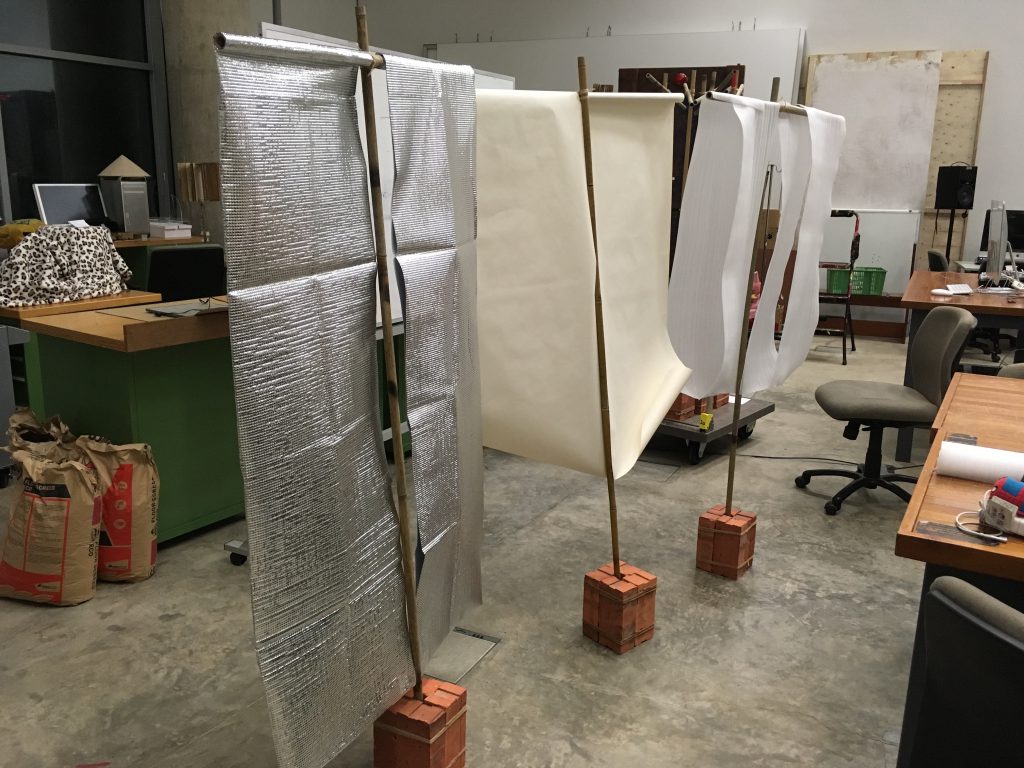 Object consist of bricks (base), bamboo poles (structure) and various materials as panels. 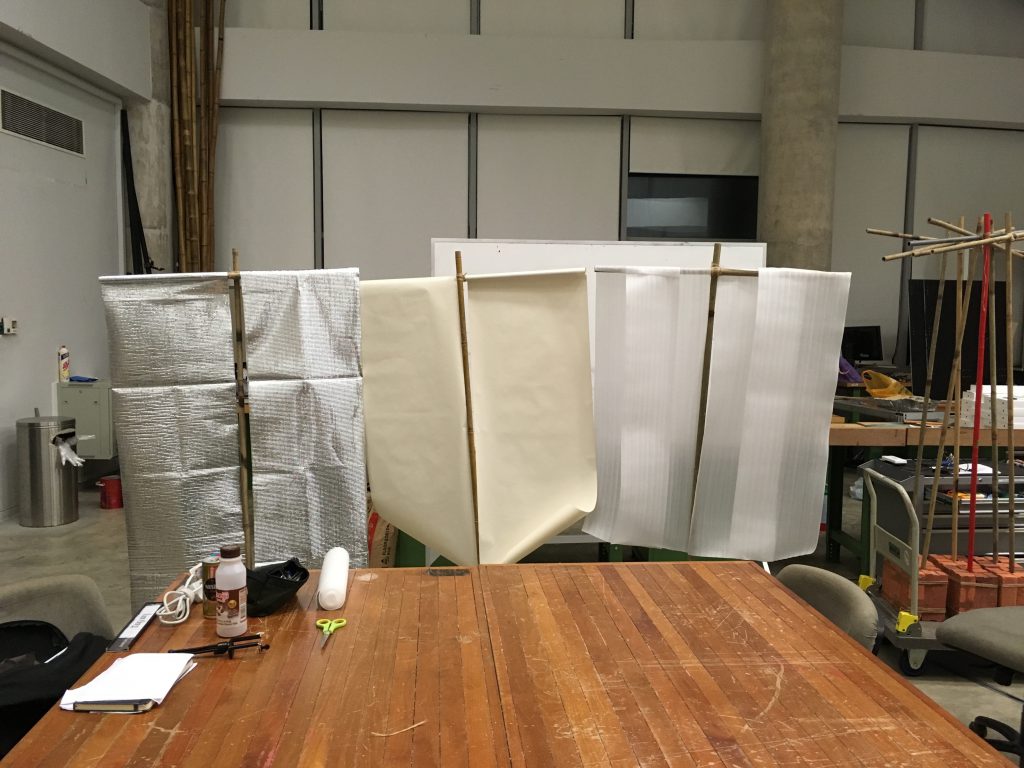 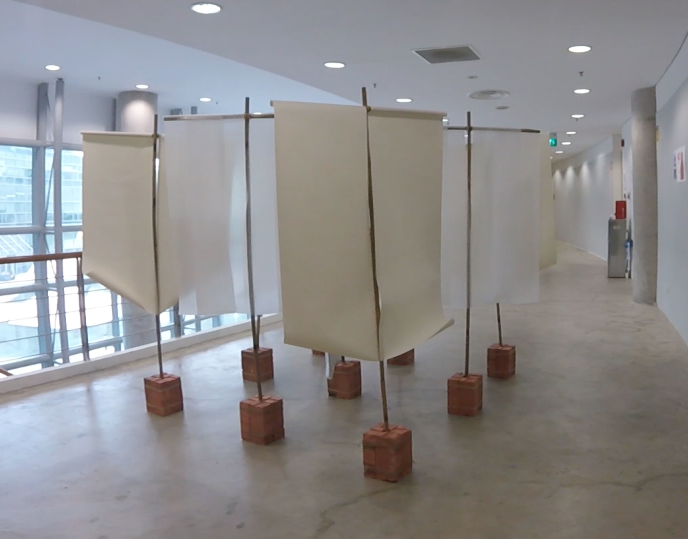 Awareness after the execution

After the presentation during class where we tried out our projects in the space, the work did achieve the idea of breaking the open space as many people walked around the work compared to their usual walking across the open space.

However, there was little interaction with the work itself. Through feedbacks, not only was the work not rotatable on its axis of the bricks, but also the panels do not look inviting for people to engage with.

With that, the obstacles will be modified to invite people to engage with the work in the next part of this project which is to integrate technology into it.

Below is a video documentation of the work itself: