Wowwww! 4 weeks of school has gone by and so here is my one minute film for the first project this sem

The story for this project is inspired by Belle, who is the character I chose to emulate. This short film, titled ‘Dear Society’, is my letter to society and my response to its culture. It basically follows me through aspects of my life where its deemed lonely to society but its quite the opposite for me and how I see my life. I wanted to challenge some societal standards and how we don’t always have to conform to them. There are basically 3 parts to it:

I wanted to portray how society sees me and may say I am alone and its sad, that’s not really what I am thinking in my head. In fact, time spent alone is liberating and something I love doing because you can reflect and think about many things. Also, the desire to want to learn more through reading and being able to connect on a human level with the characters in a book rather than materialistic desires. On how I view relationships, I think there are many societal portrayals of how if you are single, you need to find a man, even apps like tinder to find a companion, trying to fulfill yourself through a relationship with someone. But for me I view relationships as connecting with my family especially since, they are the people I have known the longest and therefore, will be able to see them for who they truly are and love them.

Amy Poehler – A comedian but also a feminist and her character in Parks and Recreation was very inspiring to girls because she was very determined and hardworking and was kind of a lady boss.

So in the end, I decided to go with Belle from Beauty and the Beast because I felt like I had the most affinity with her. (She is my favourite princess alongside Tiana and Merida:)) While thinking of my concept, I think the exercises we did in class and as homework did help out especially since I was a little stuck. I decided to jot down what are some aspects of Belle which I feel I have a special connection to and came up with these:

And so I concluded that Belle is a feminist, an embodiment of the opposite of society. I also realized that most of the characters I chose were strong female characters and I thought that for this project, this could be one of the messages too. I really wanted to do something inspirational and I want to be a role model for girls, to say that its alright to not always be what society tells you to be.

Another exercise that really helped was when we did a “What would your character write” exercise. During that exercise, I wrote it from the POV of Belle to her deceased mother. But I was thinking about it after I went home, and thought, why not write to society? And I decided to do the film based on this idea of me/her writing to society.

I started my research and found this video

http://www.inspiremore.com/this-1-minute-short-film-is-stunning-it-perfectly-sums-up-the-beauty-of-life/ . I thought of doing something more visually dramatic this time round because I wanted to challenge myself, especially since the previous project I did a POV film. The mood of this ad is very much what I imagined mine to look like. 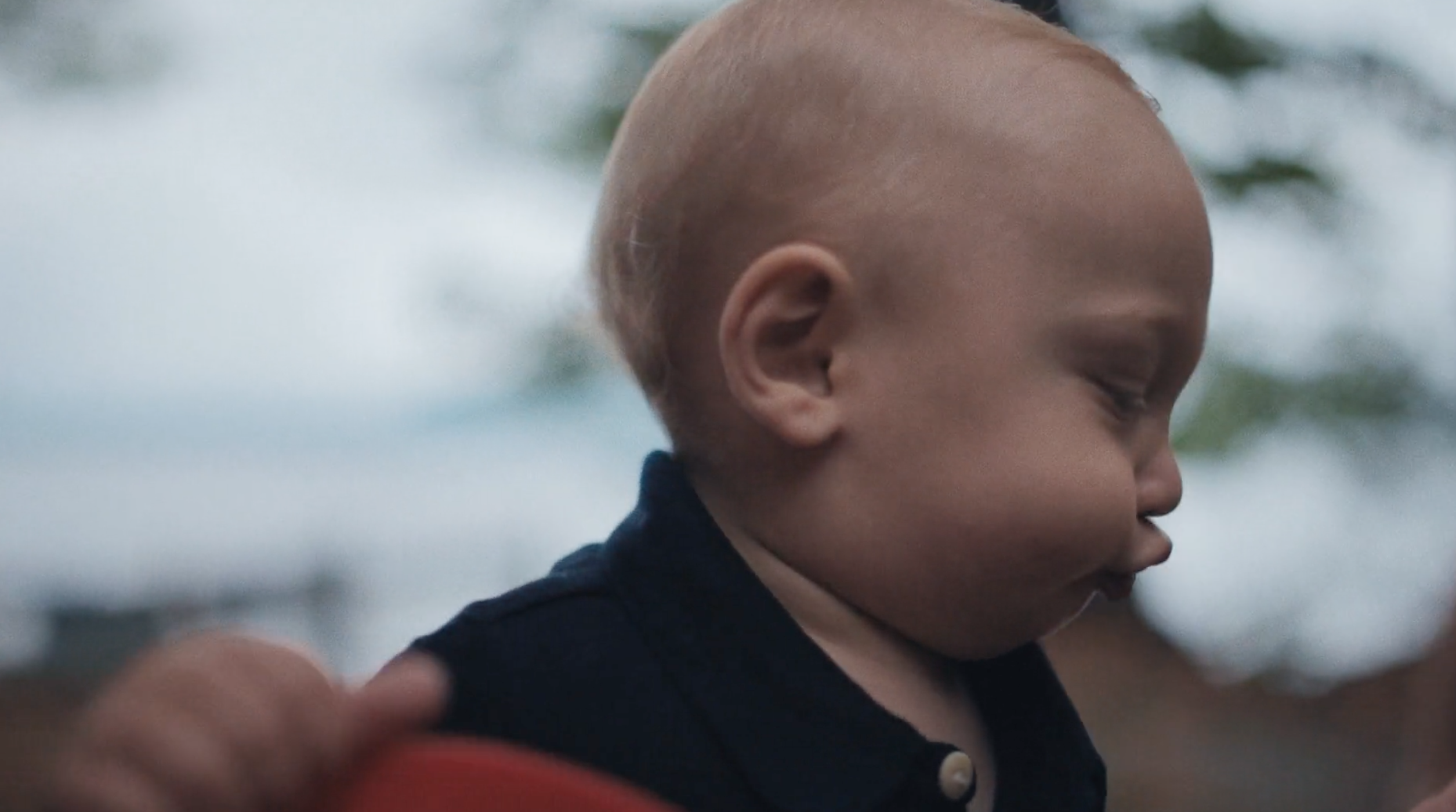 The TV series Mr. Robot was also an inspiration, especially since they have amazing monologues every episode (because Elliot, the main character, is not really sociable and so he always has these internal monologues.) Here are some examples

https://www.youtube.com/watch?v=rNfzbPAD8FE — he talks about society but in a much heavier and sombre tone. This scene was so good too because everything was actually happening in his head, he didn’t actually say all of that to his therapist 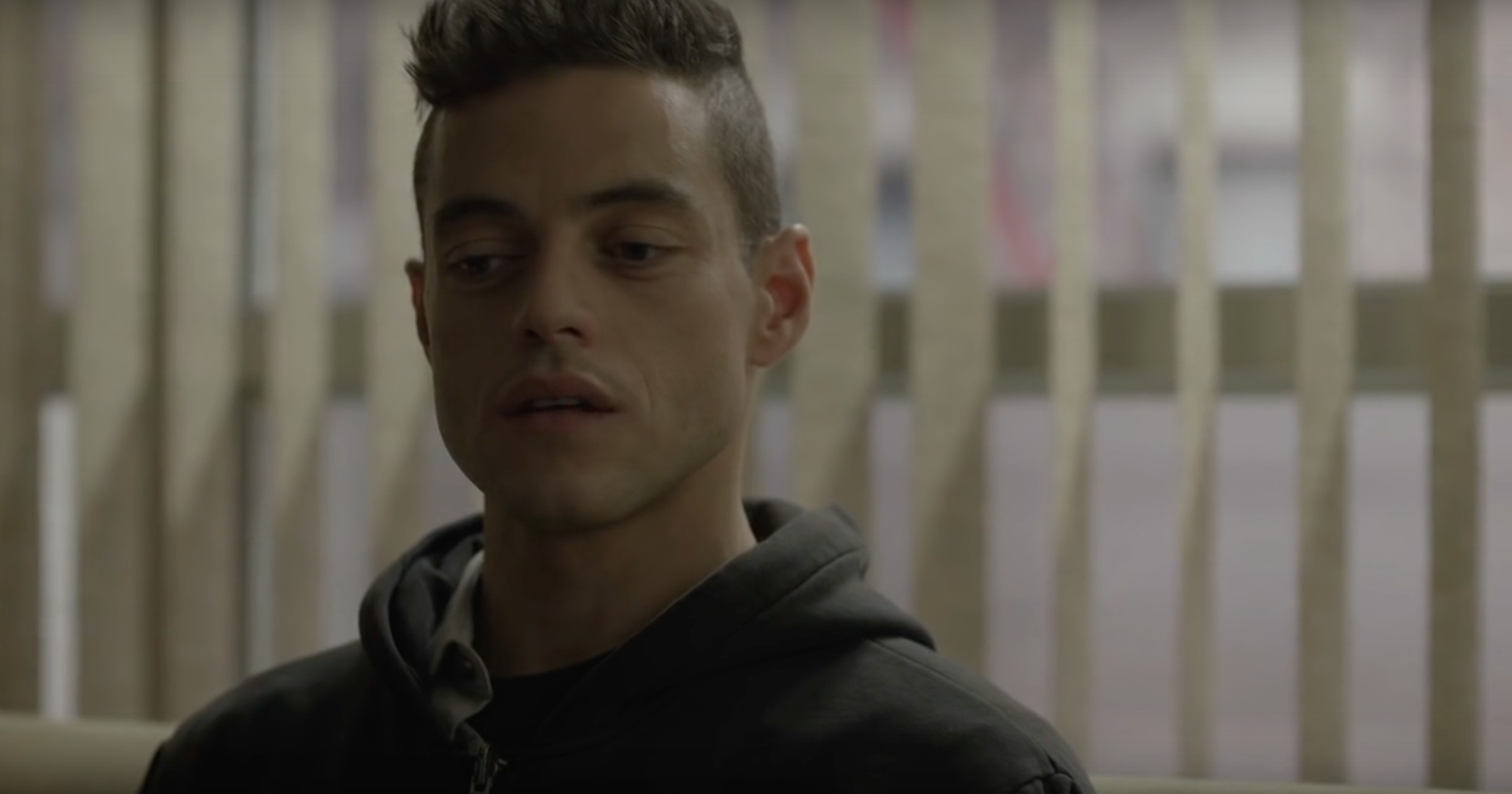 https://www.youtube.com/watch?v=eYA8JqKuUvo — this was the opening monologue to the series, it does a lot of 4th wall breaking. Even though I did not use it, I thought its really good storytelling

Here are some of the shots for my final outcome. 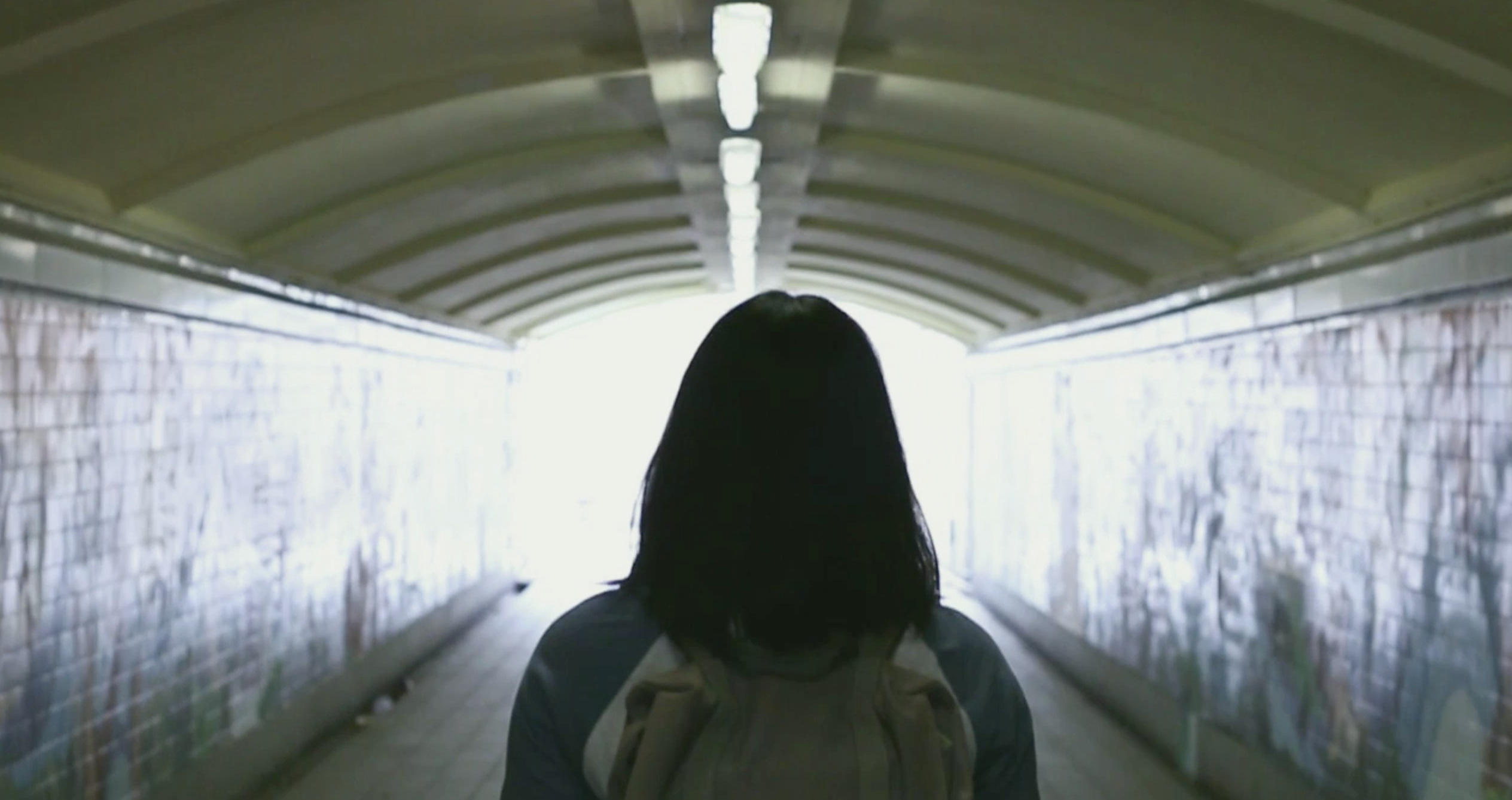 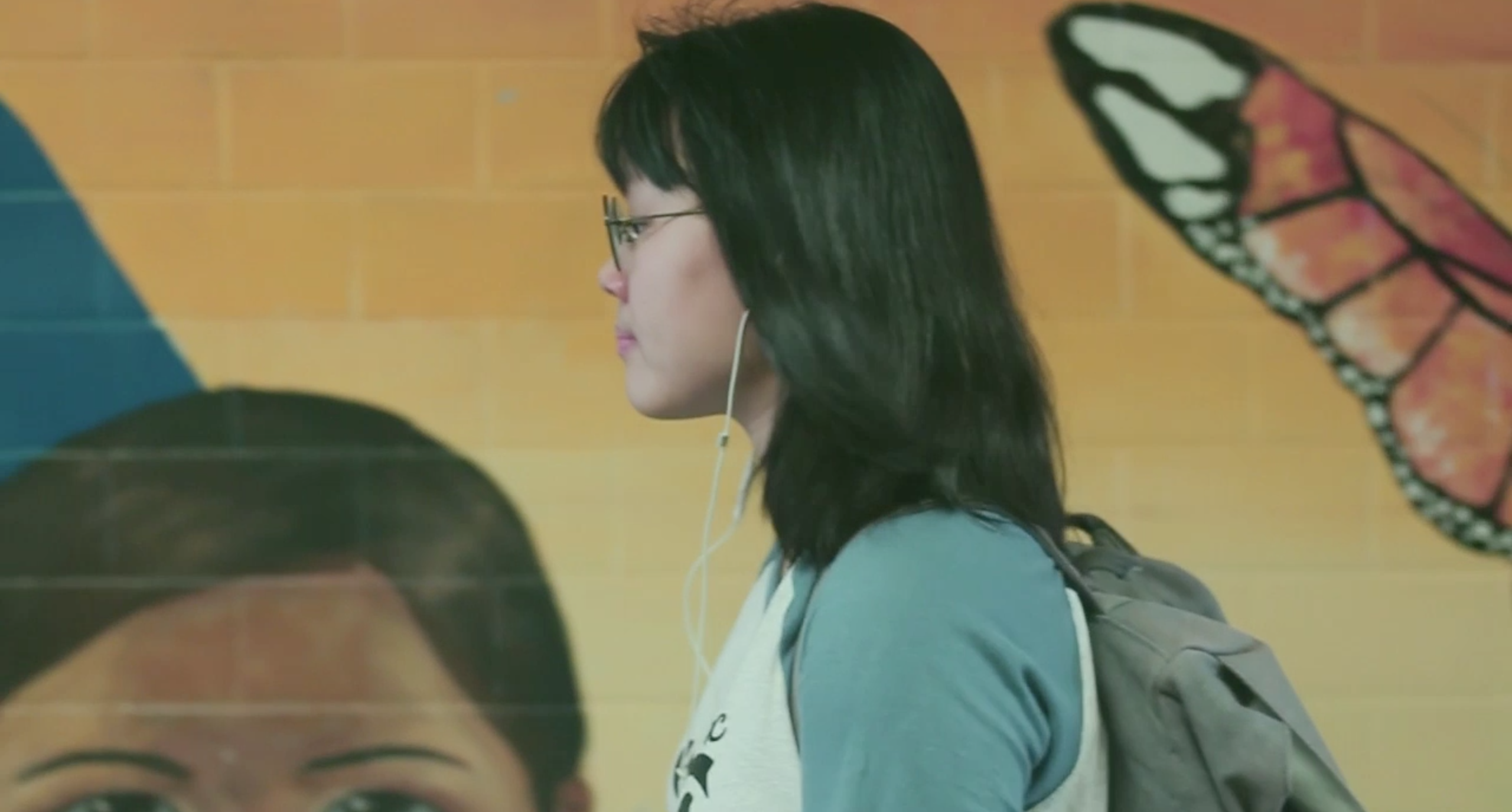 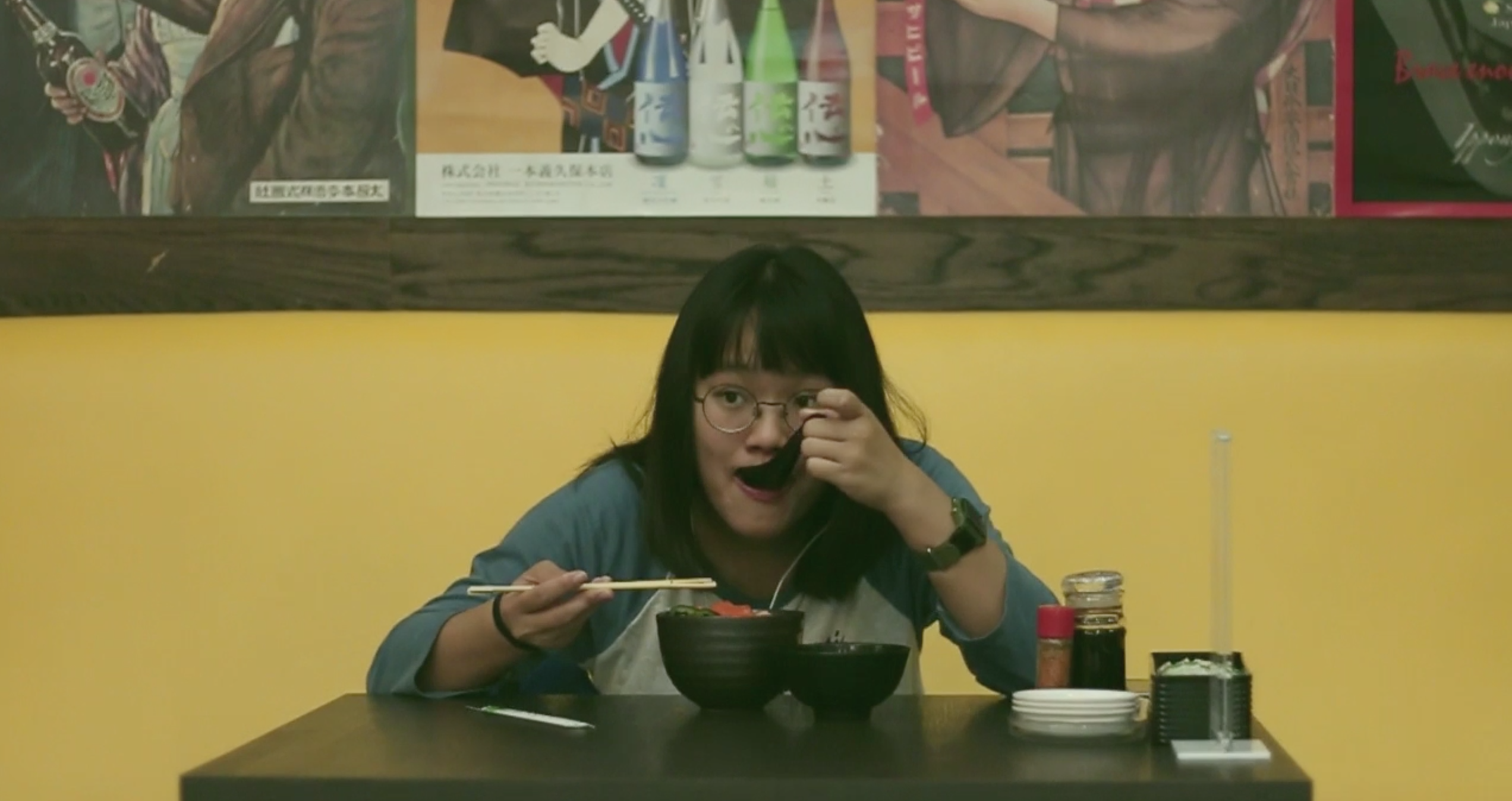 I had a bit of a hard time thinking about how to portray the part where I say “You ask me why I don’t accept a man who is tall, dark, strong and handsome?” This was actually one of the last shots I filmed because it took me so long to think of something. I decided to film a book I have, The Little Prince, and this character is actually the Conceited man, who doesn’t care about anything other than to hear the praise from others (Which reminded me of gaston) 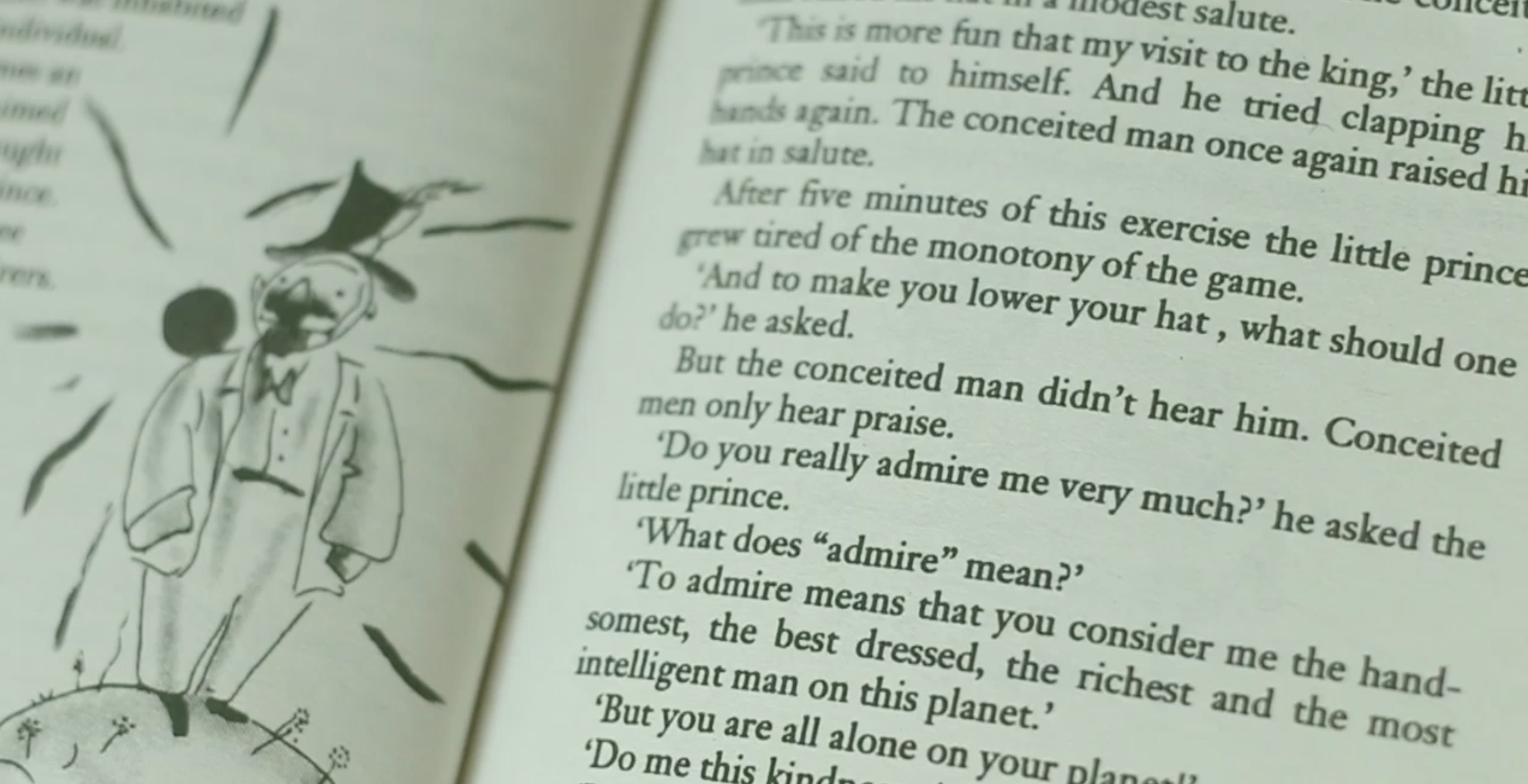 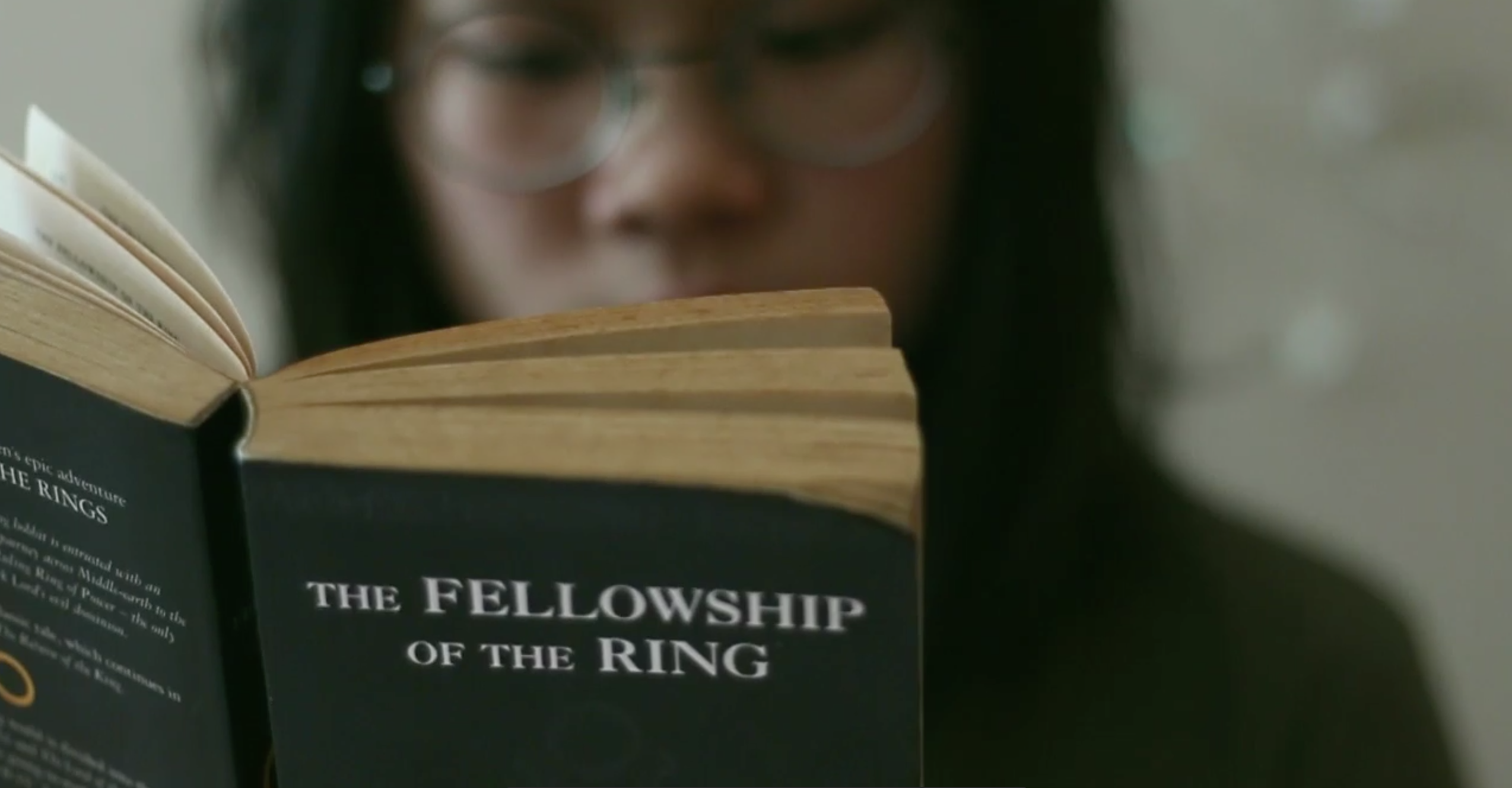 The ending was another tough one but I decided to go with this. The meaning of the switching off the light is my way of concluding and saying this is the end. 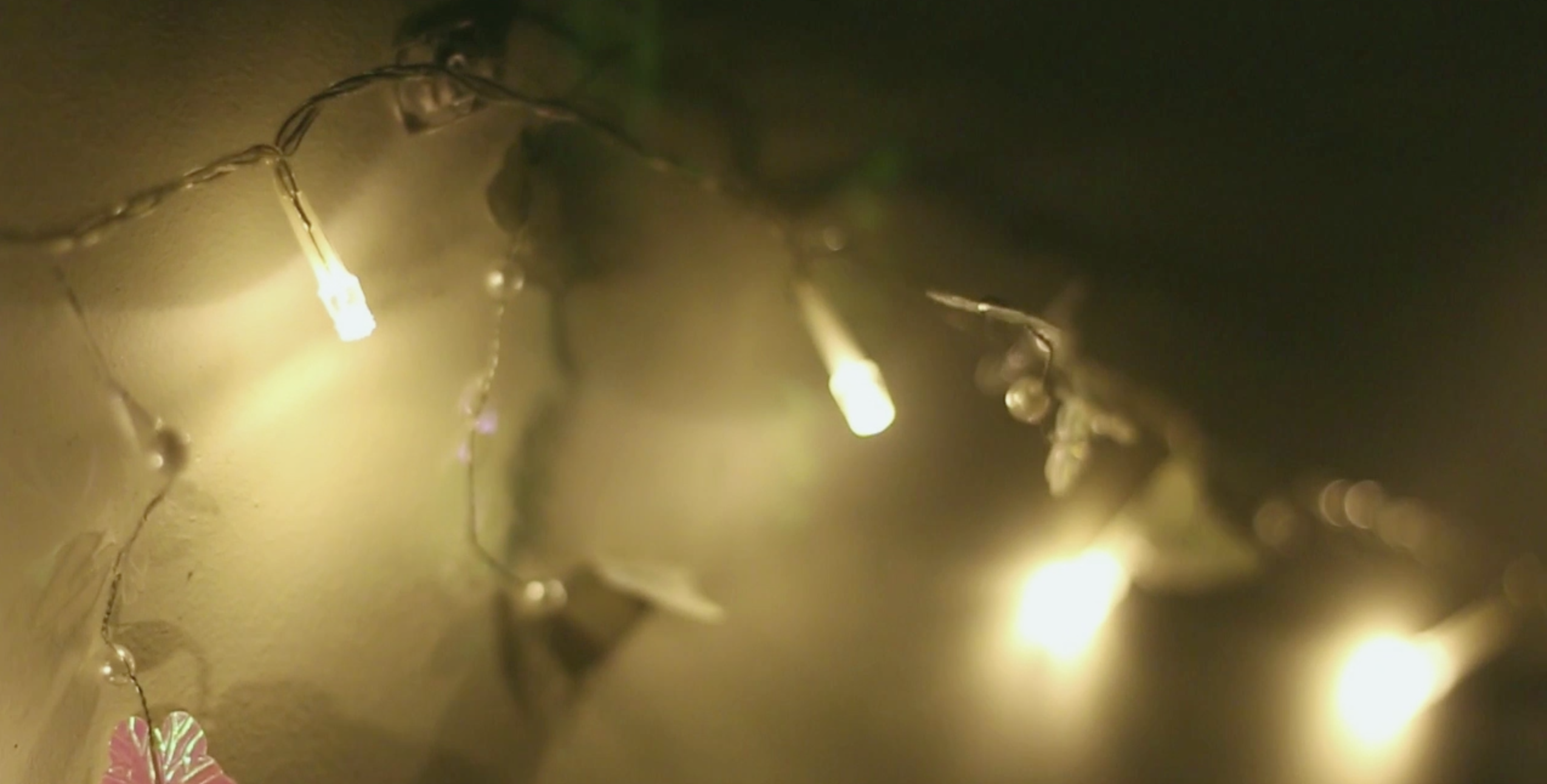 One of the greatest challenges for this project was actually thinking of how I should write my monologue and how it will look visually. During the 1st consultation, Ms Lei advised that I should sit down and try writing stream of consciousness. From there, I tried to pick out some themes and did my first draft. However, it felt very unstructured and disorganized in a bad way. I struggled for quite a few days and felt like I was having an artist block and one day, I decided why not write what society says to me and my response.

Once I got that, my other challenge was engaging the audience visually. I was stuck thinking how I should portray my monologue and it slowly (very slowly came to me). I decided to just shoot some test shots and see if anything comes to mind. So the first scene I shot was the opening portion and it was so sad because I had to reshoot it after trying to perfect it for an hour plus. I shot it at 24fps on my DSLR and when I slow mo-ed it in Premiere Pro, it turned out poorly and really bad!! I knew I didn’t want it to look like that and so I watched tutorials and realised that all I need to do is just shoot at 60fps and then convert the frame rate in premiere. I think that once I started filming, ideas started flowing and I could slowly see it play out in my mind.

Another technical challenge was that since I was filming in a tunnel, there were many people walking around and I didn’t have a dolly or trolly that could make the filming smoother. So we had to keep redoing it. Initially, I was worried that it wouldn’t work out but I’m glad that it wasn’t too shabby. (Was almost going to give up doing that)

This is also the first time trying to edit the colours in after effects because my previous project didn’t need that. It was difficult to try and keep it consistent and in the beginning, I didn’t know what or how I should do it. I thought of the kind of look I wanted and made sure that the colours in the film had this greenish yellowish tint, which is a little similar to Mr Robot. 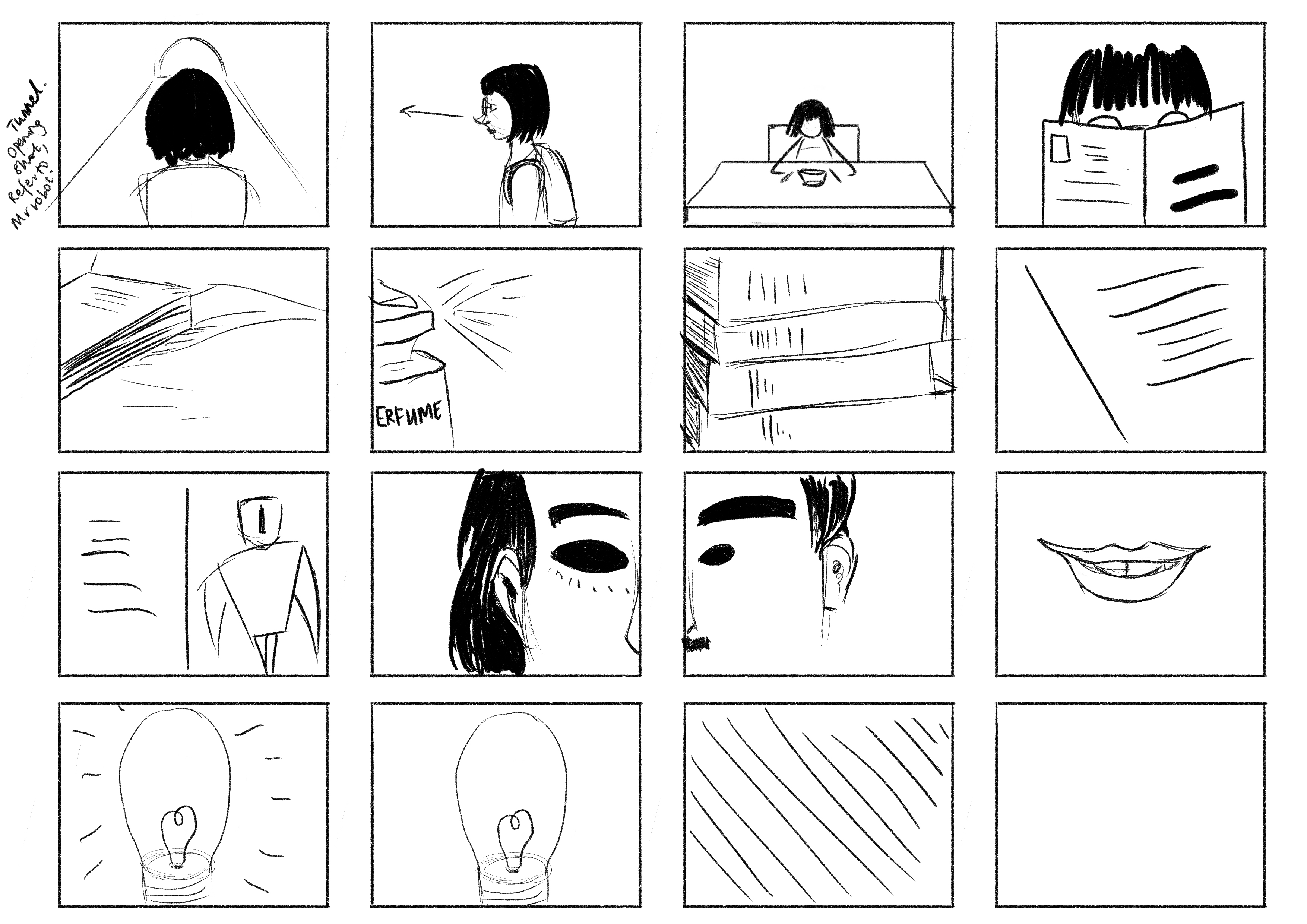 I did change some of the scenes in the end but this was roughly what I planned out for this project. This was one of the lastest storyboards, I did about 5 along the way and found that ideas started flowing only once I started shooting, seeing what works and what didn’t. The initial look and concept of this was quite messy and terrible. I had test shots in Changi airport, but realized that that didn’t work and had to think of another idea.

You ask me why I’m odd and peculiar, why I don’t fit in like the rest of you.

Maybe its because i treasure time spent alone

Or maybe its because quietness is intimate and rare, something you might not understand

You ask why I’m such a puzzle, to have my nose stuck in a book

Maybe its because I see beauty in knowledge, in pursuing things that are not just material but also intellectual

Maybe its because through books, my perspective on things widen, stepping into a whole new world, with characters that are sometimes more human than us

You ask me why I’m foolish to not accept a man who is tall, dark, strong and handsome?

Maybe its because I see that beauty is being able to look beyond the surface, to see someone for who they truly are.

Maybe its because beauty cannot just be measured based on our outwards appearance but rather, the beauty within

So that is the end of my project 1 for this sem and it was really a great experience, stepping out of my comfort zone with the technicalities. Had to learn how to communicate my idea to my friend who was helping me with filming (and she wasn’t really familiar with the camera and how to work it). We actually took the opening scene so many times because of firstly the crowd and also the camera was too shaky. I stepped out of my comfort zone for this, directing someone for the shot of me (because previous projects, I did a lot of POV). Also challenging myself to do the slow mo, to play with camera focus and editing.