So I have been working on my compositions for my movie “MAD MAX:FURY ROAD“. It was a little challenging at first because it was difficult trying to find good quality, undistorted pictures of Egyptian art online. I did manage to find a few but they weren’t enough. So I decided to look into ancient Egyptian artifacts too.

The image below was a composition I was working on for the quote “WE ARE NOT THINGS“. I rounded up various ancient egytian artifacts and placed them one by one to form a female figure. Howeever, I wasn’t very happy with it because there was still alot of white space left that wasn’t doing much, so the composition looks really empty. 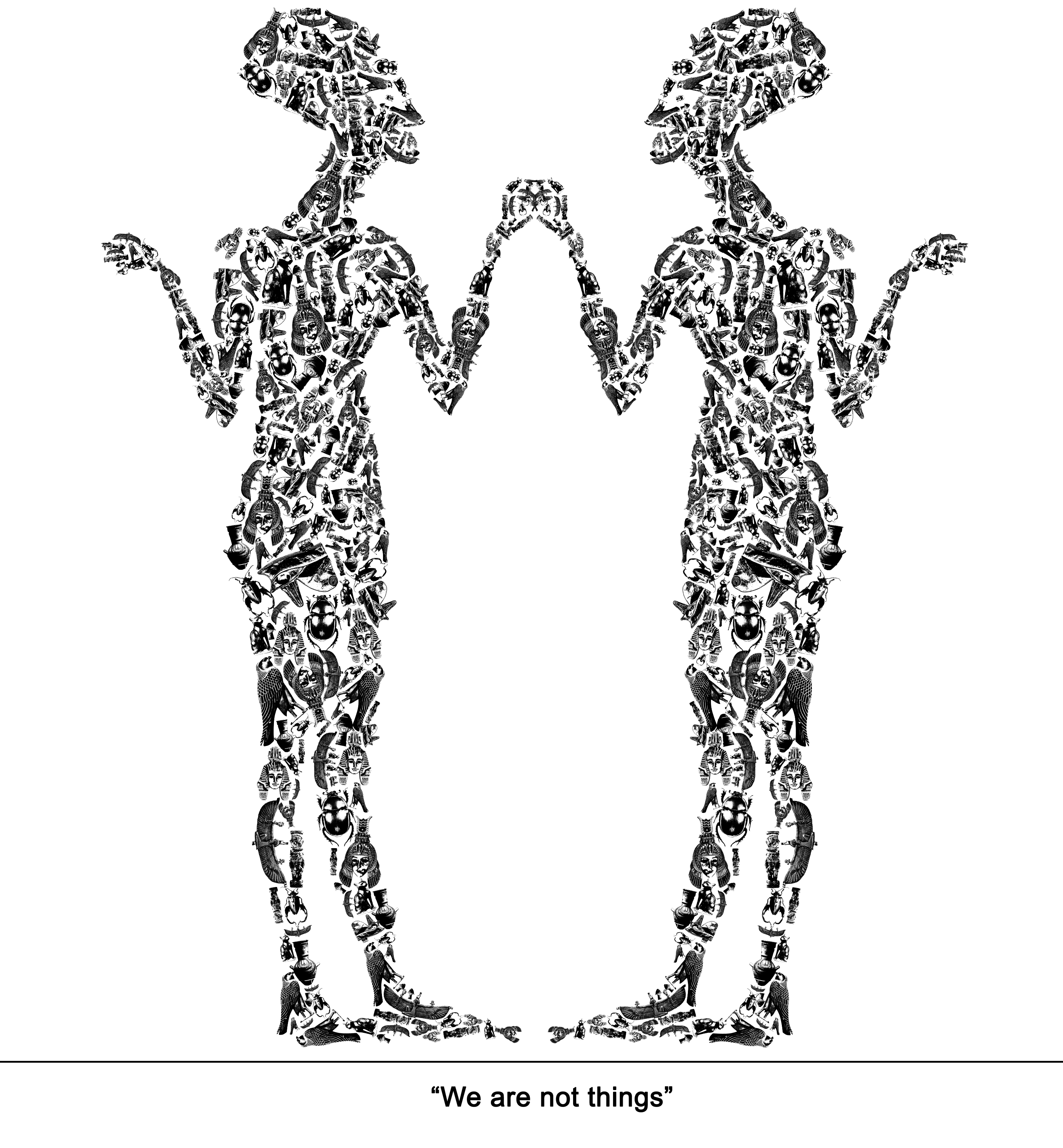 I moved on to try and focus on the face, so that my image will have lesser negative space. I found this much better compared to the previous composition and decided to go with this. I think the black background helps to bring out the objects too. 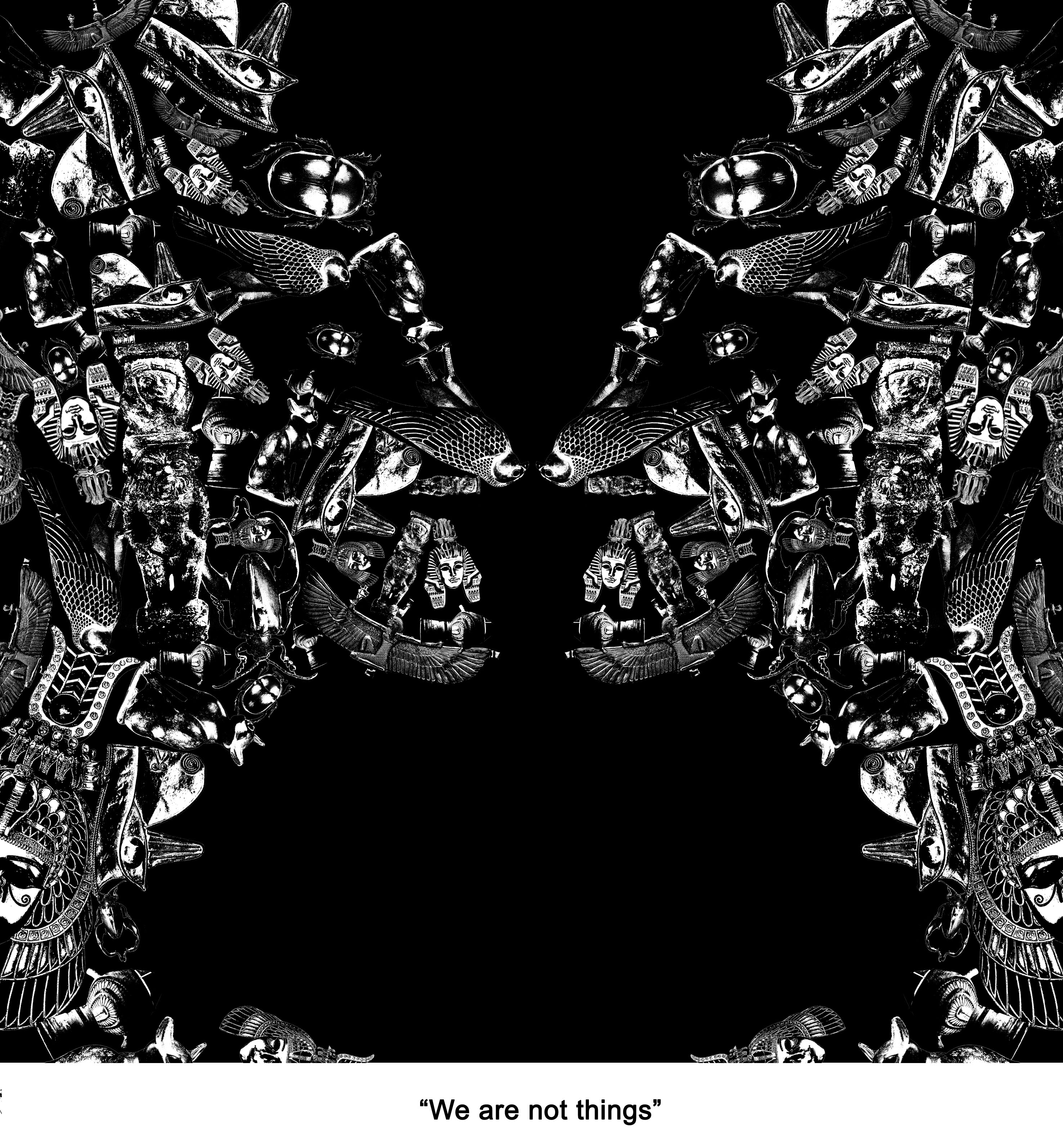 I tried another composition for the quote as seen below. I used the artifacts and added in legs and heads and placed them in the hieroglyphs. The idol in the center is actually Bes, who was a patron for childbirth. I thought that this tied in PERFECTLY with the movie because that was basically what Immortan Joe was trying to do: to have a line of PERFECT children through these women who were considered his prized possessions. 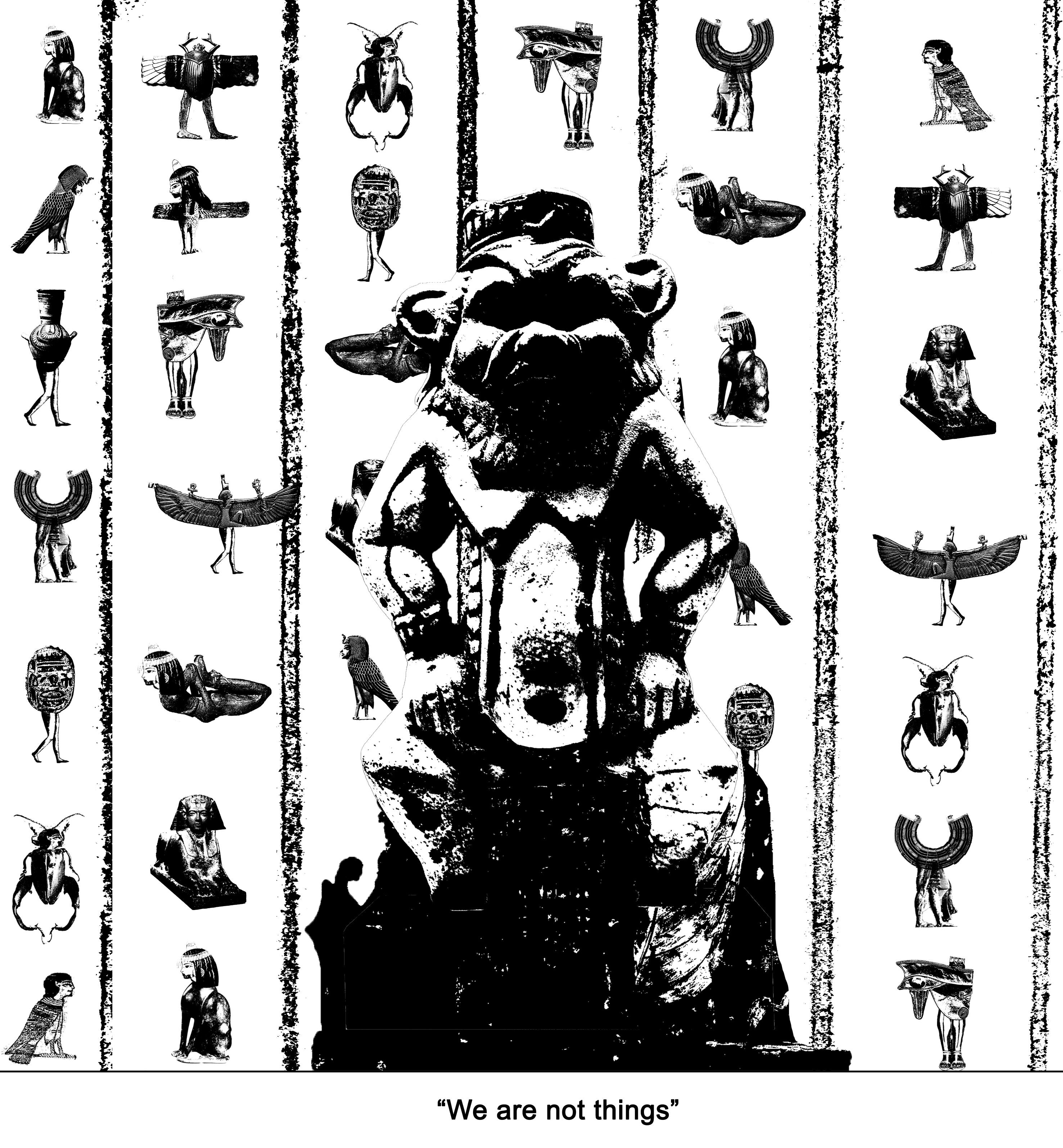 My other quote is “I live. I die. I live again“. I thought of adding the scarab beetle at the top because to the egyptians, it was a symbol of rebirth, which was once again PERFECT!! In MAD MAX, this quote reflected the idea of rebirth. 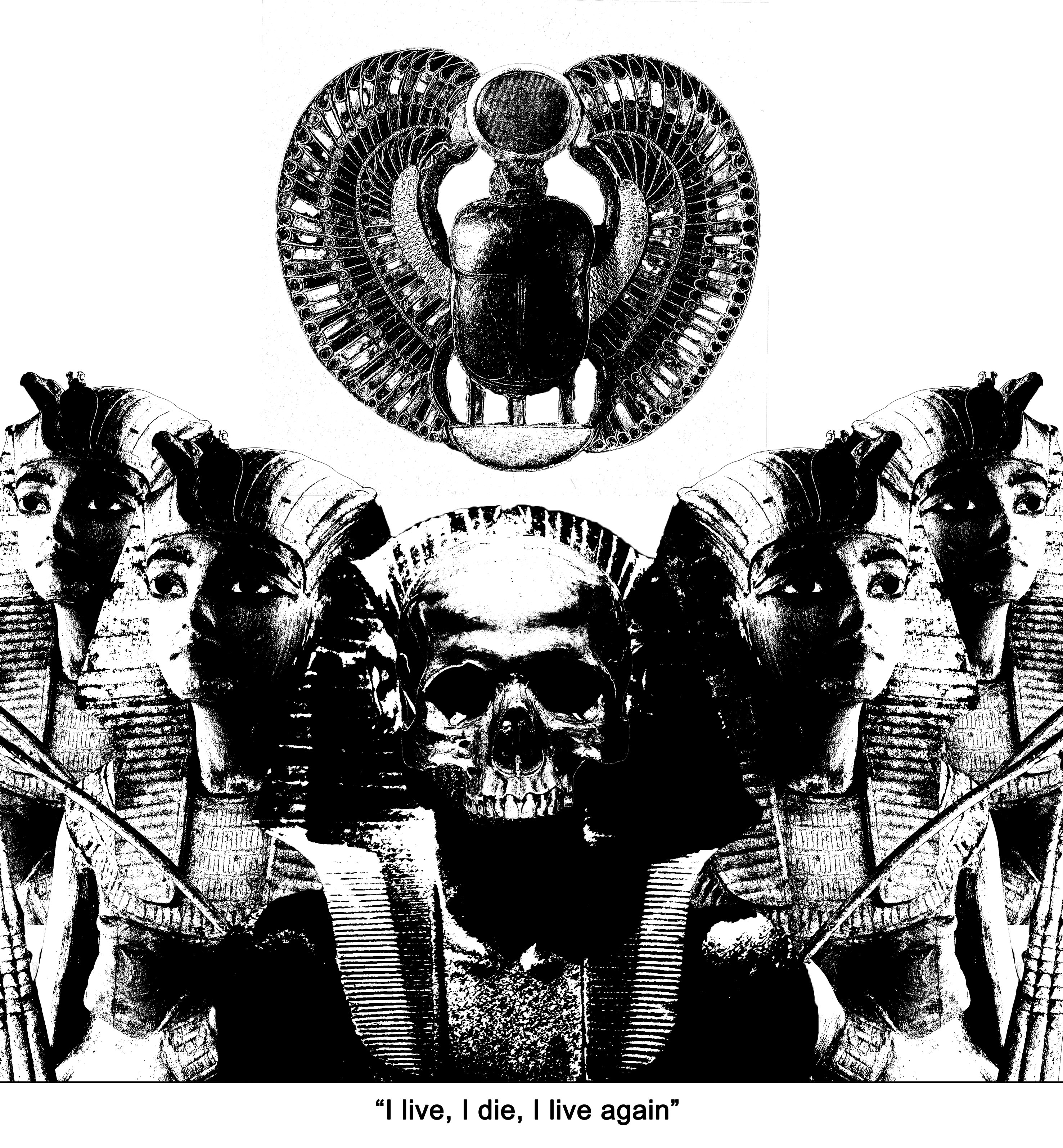 “Witness me” is the 3rd quote I chose. This was almost a war cry for the war boys before they died, where they ask each other to witness their death. I decided to portray it in life and death for this composition. The ankh and aten as a symbol of life. The scales and skull as a symbol of death. 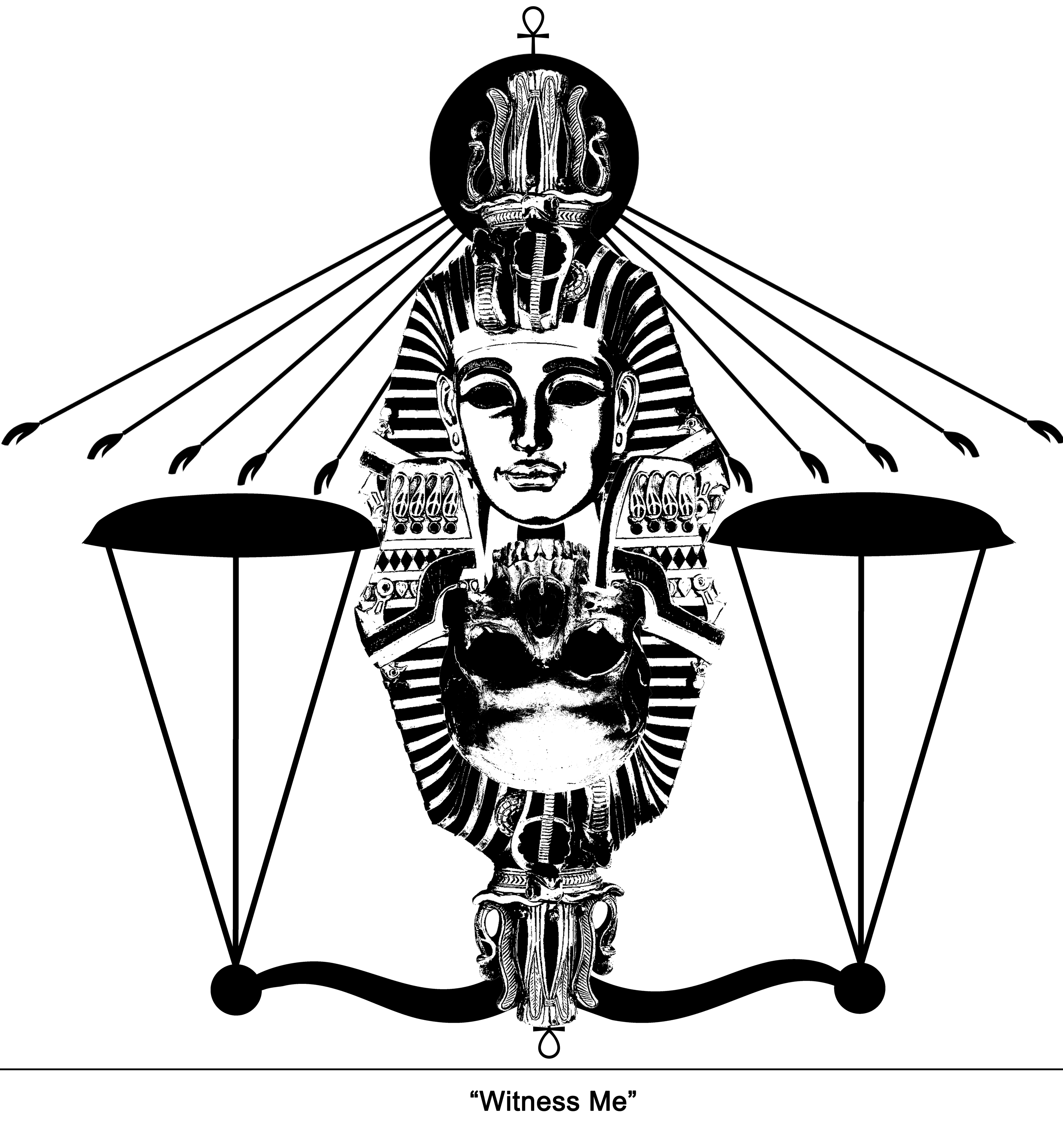 I tried adding a black background to further emphasize death in this composition. 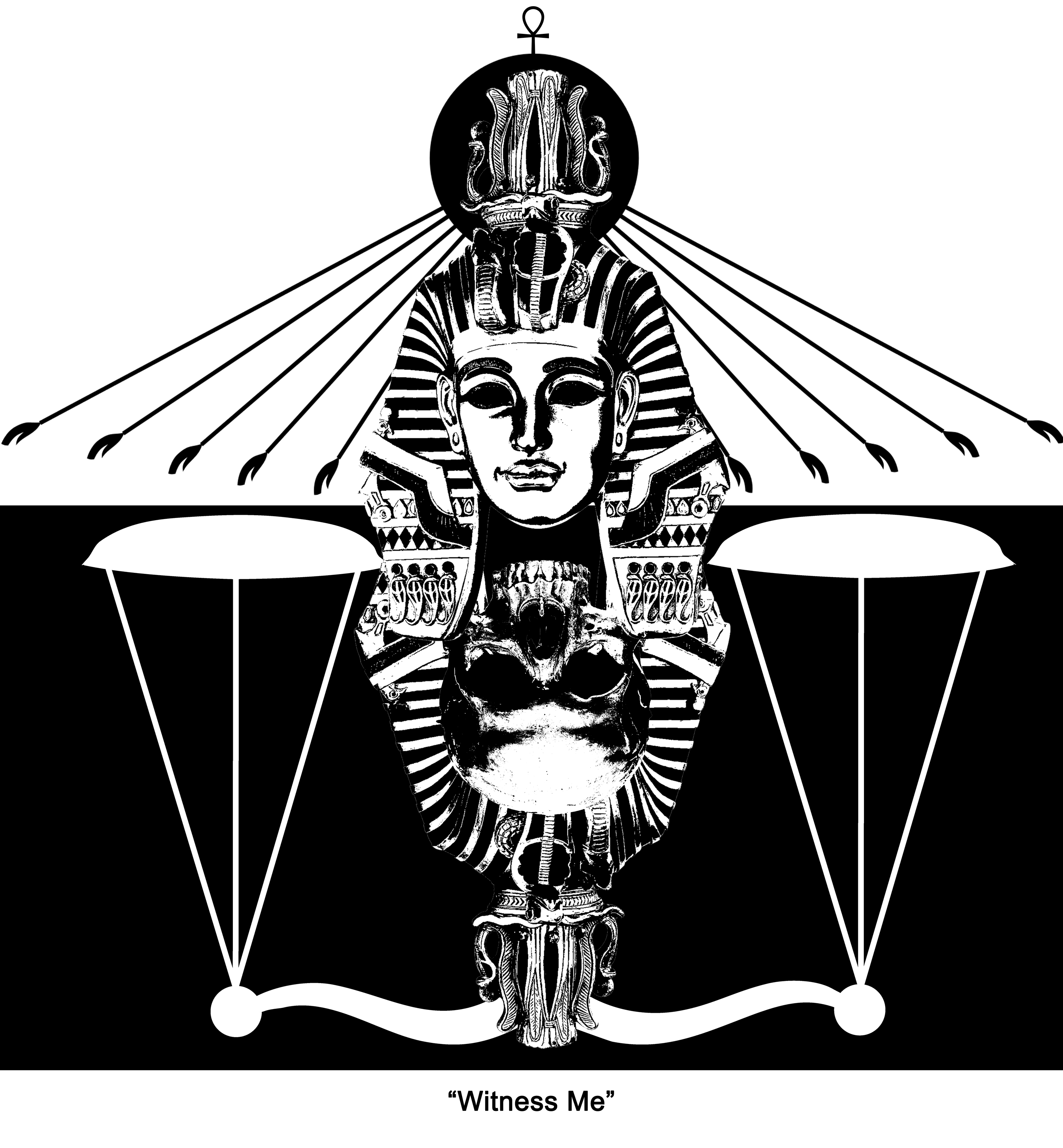 This is the 2nd composition for this quote. I added the skulls around to represent the witnessing of the guy in the middle entering into death. I really quite like this one. 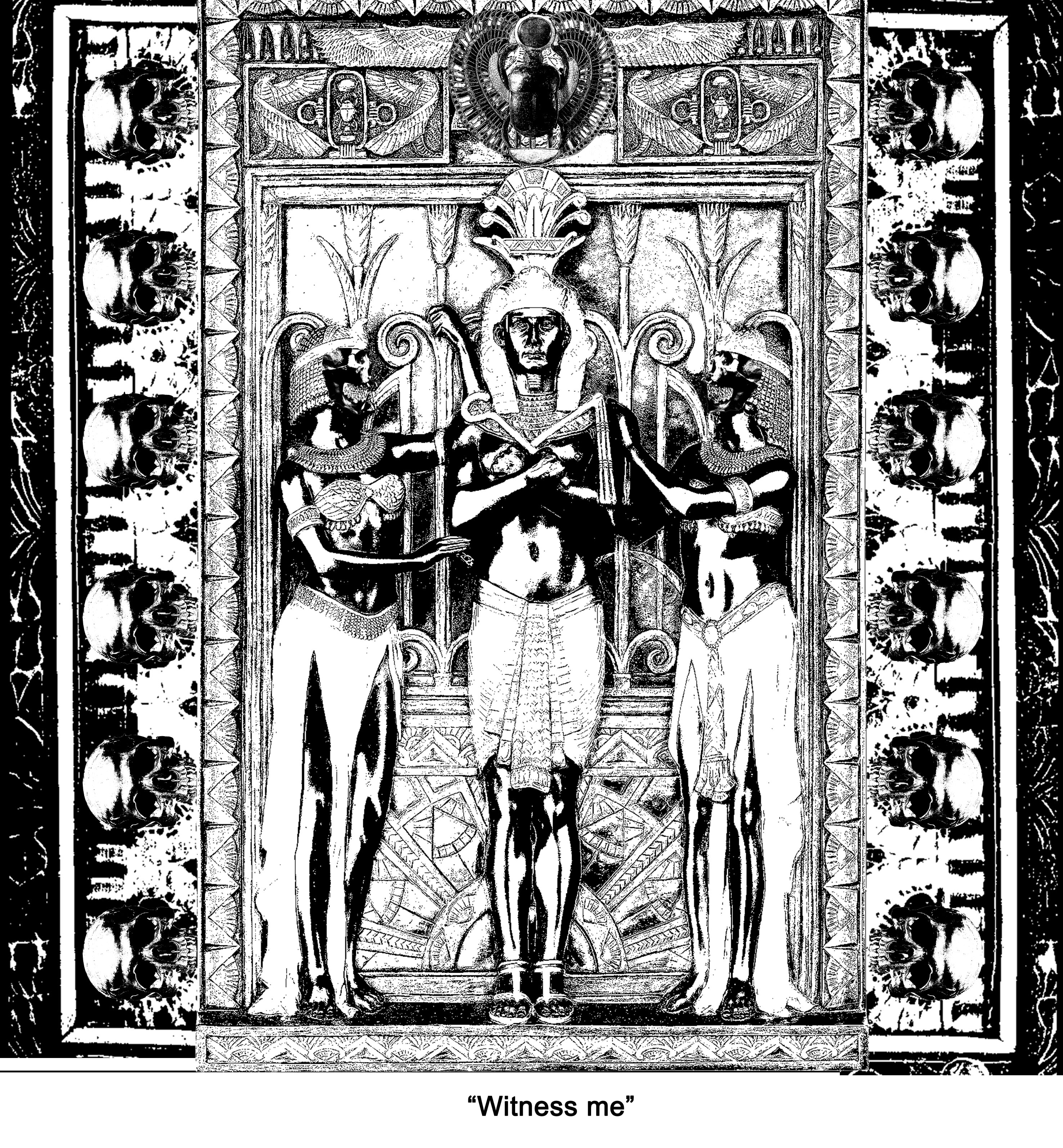