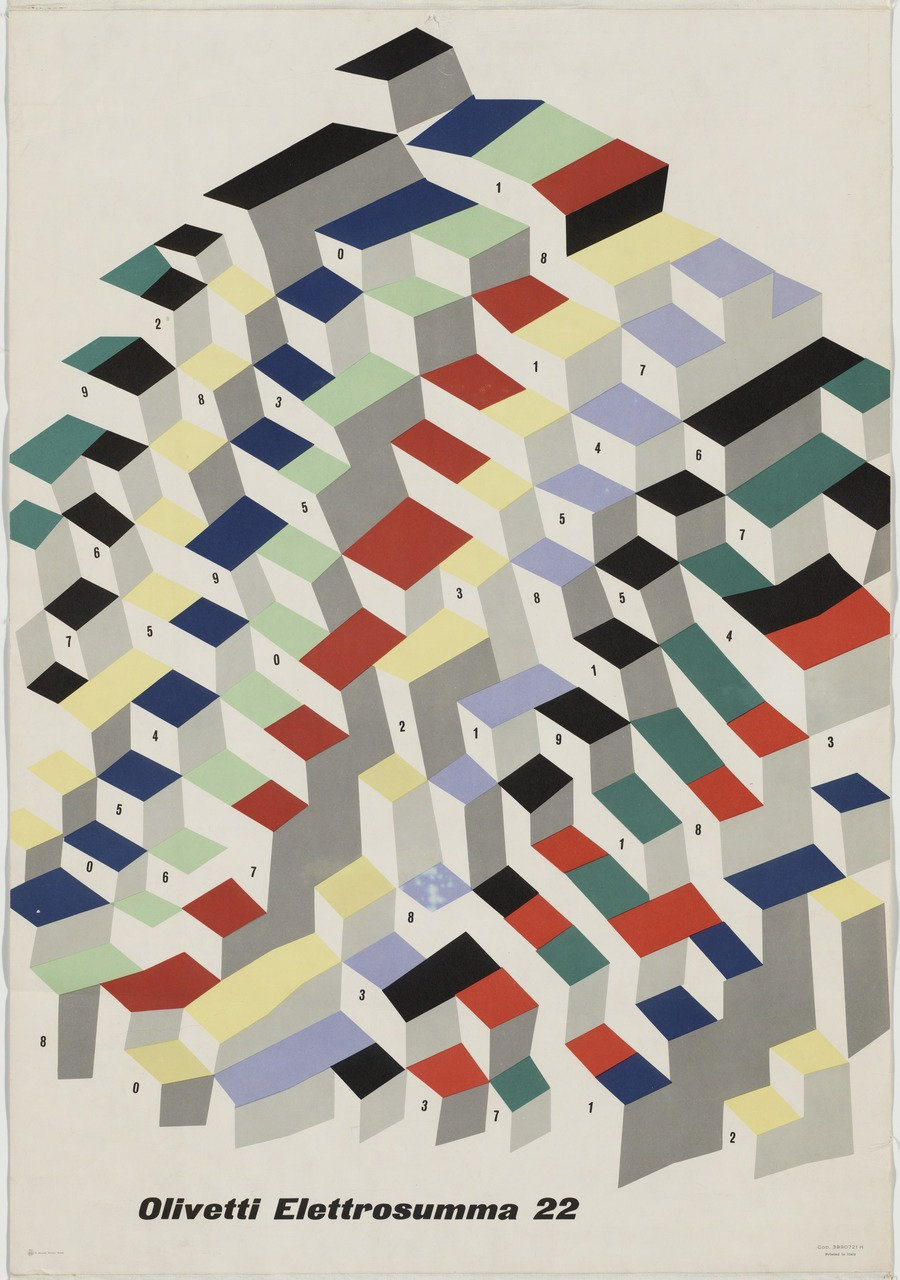 Pintori is an Italian graphic designer known mostly for his advertising work with Olivetti. Olivetti is an Italian engineer, politician and industrialist whose entrepreneurial activity thrived on the idea that profit should be reinvested for the benefits of the whole society.

Pintori left his home in Sardinia in 1930, the year he won a scholarship that allowed him to attend the course for advertising graphics directed by Nizzoli and Persico at the ISIA in Monza. As soon as he graduated in 1936, he was asked to join Olivetti, beginning a dazzling professional and artistic career that would make him one of Italy’s best-known designers around the world.

He one of the best known, widely admired and respected Italian designers worldwide. The winner of sought-after international awards, he designed impressive works that created the Olivetti image and were an emblematic reference in the history of 20th-century design.

He was awarded the Palma d’Oro for advertising (1950), became a partner of the AGI and exhibited his work at MoMA in New York (1952) and at the Louvre in Paris (1955), received the AIGA Certificate of Excellence (1955) and a gold medal at the Fiera di Milano (1956), and received the Grand Prize at the Milan Triennale (1957) and the Certificate of Merit from the Art Directors Club of New York (1964). His works have been published in books and magazines around the world, capturing attention in Japan, which in 1967, dedicated a large solo exhibition to him in Tokyo. That same year, he decided to leave Olivetti due to difficult relations with the new management that took over after Adriano passed away. He opened his own studio in Milan and began working freelance. He continued working with Olivetti, but also various other Milanese companies like Pirelli, Sirti, Ambrosetti and Gabbianelli. In 1981, the Fondazione Corrente in Milan dedicated an exhibit to his painting activities. For three years, until 1983, he worked with Merzario to create an incredible advertising campaign. In 1990, he was inducted into the Hall of Fame of the Italian Art Directors Club. Pintori died in Milan on 15 November 1999.

Founded as a typewriter manufacturing company by Camillo Olivetti in 1908 in Ivrea, Italy, Olivetti is considered one of the leading manufacturers of the mid-20th Century. Throughout its history the company has worked with the likes of Le Corbusier, Milton Glaser and Ettore Sottsass. This exhibition presents photographs, films and ephemera relating to Olivetti’s graphic and spatial design, as well as architecture. 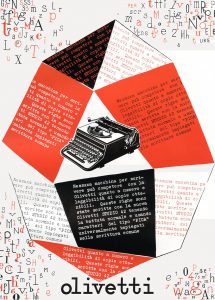 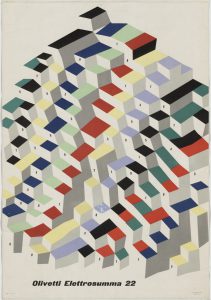 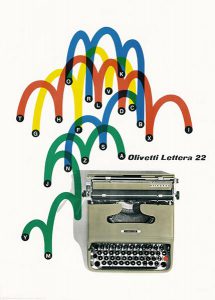 A display of photographs, films and ephemera relating to Olivetti, one of the 20th century’s leading manufacturers of typewriters and early computers.

Founded as a typewriter manufacturing company by Camillo Olivetti in 1908 in Ivrea, Italy, Olivetti is considered one of the leading manufacturers of the mid-20th century. Recognising the importance of design over pure functionalism, a concept largely owed to his son, Adriano Olivetti, the company

This display presents photographs, films and ephemera relating to Olivetti’s graphic and spatial design, as well as architecture. Focusing largely on the industrial boom of the post-war era, the display will cover a key period in Olivetti’s history, a time which saw the creation of the iconic Valentine typewriter and the company’s increasing move towards computer technologies. 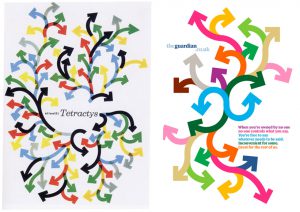 On the left hand sife the Olivetti Tetractys poster, made by Giovanni Pintori in 1956. On the right, the poster of The Guardian, made by Wieden Kennedy in 2007. Is this just a tribute? Surely it is strange that they didn’t quote Pintori during the Ad Campaign.

Posters: Fifty artist and designers analyze their approach, their methods, and their solutions to poster design and poster advertising by W H Allner 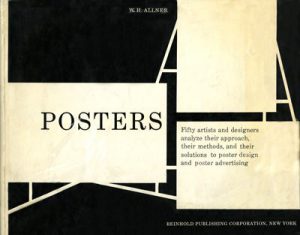