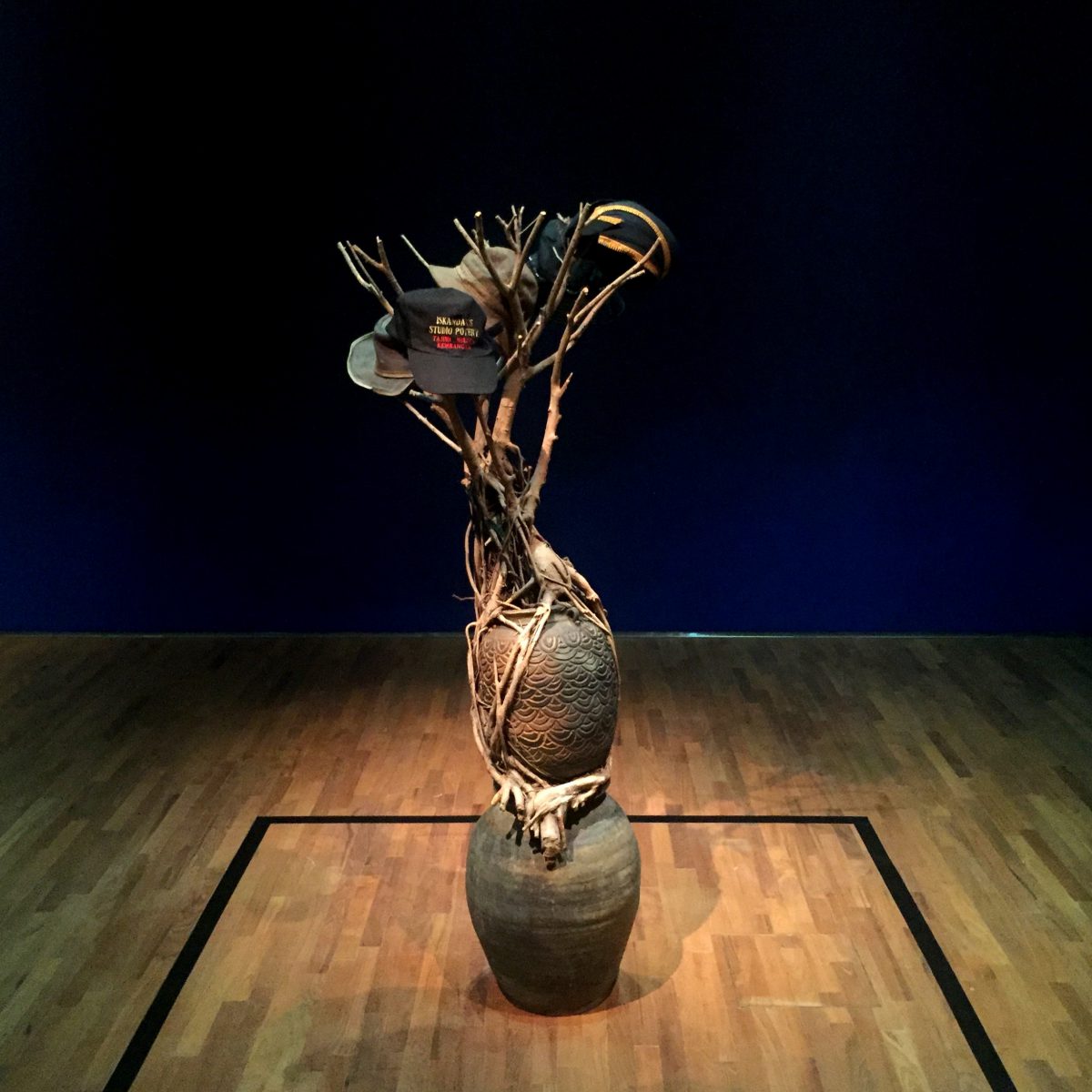 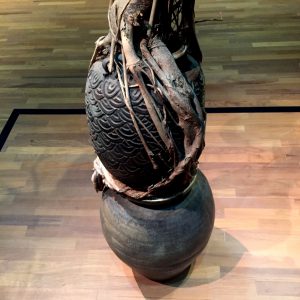 From most of Iskandar Jalil’s other works in the exhibition that demonstrated Wabi Sabi or ‘Communicating with clay’, it is clear that nature or the role of chance plays a significant part in his works.

This work of his especially got my attention because unlike his other works which explored the nature of the material (such as clay being used to form a biscuit tin box) or the nature of mistakes and imperfections, in this work, it is literally nature (plants and roots), infusing with a handmade product (his pots) to create something altogether new.

This stunning image paired with the story behind the work made me fall in love with it even more. After asking the guide there, I learned that a cat urinated on the plant and hence he left it alone after that and then this was the result eventually. Roots of the plant, which managed to survive the harmful liquid, grew out of the bottom pot and twirled itself onto the pot on the top, creating a new texture and depth to the presentation of the pots.

It also explores its functionality with its form, as although it is in a magnificent form, Jalil uses the outgrown roots to hang his caps, hence fulfilling it as a form with function. 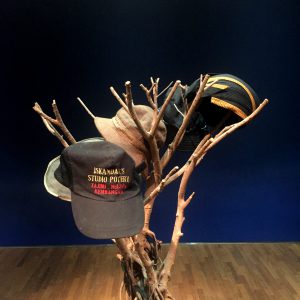 I absolutely admire the thought behind his works, and “by chance” process that takes over his work, in this case, the cat and the plant.