This point, I was trying to decide how the users were going to hear the record audio (the muffled loud noise is me recording- not too sure what’s up with the recording), decided that the best way possible was to have the user go near the object. This way, specific audios can be played with specific spheres instead of just playing a random one, which might lead the user to hear the same audio twice.

So getting from this stage to the next consisted of: 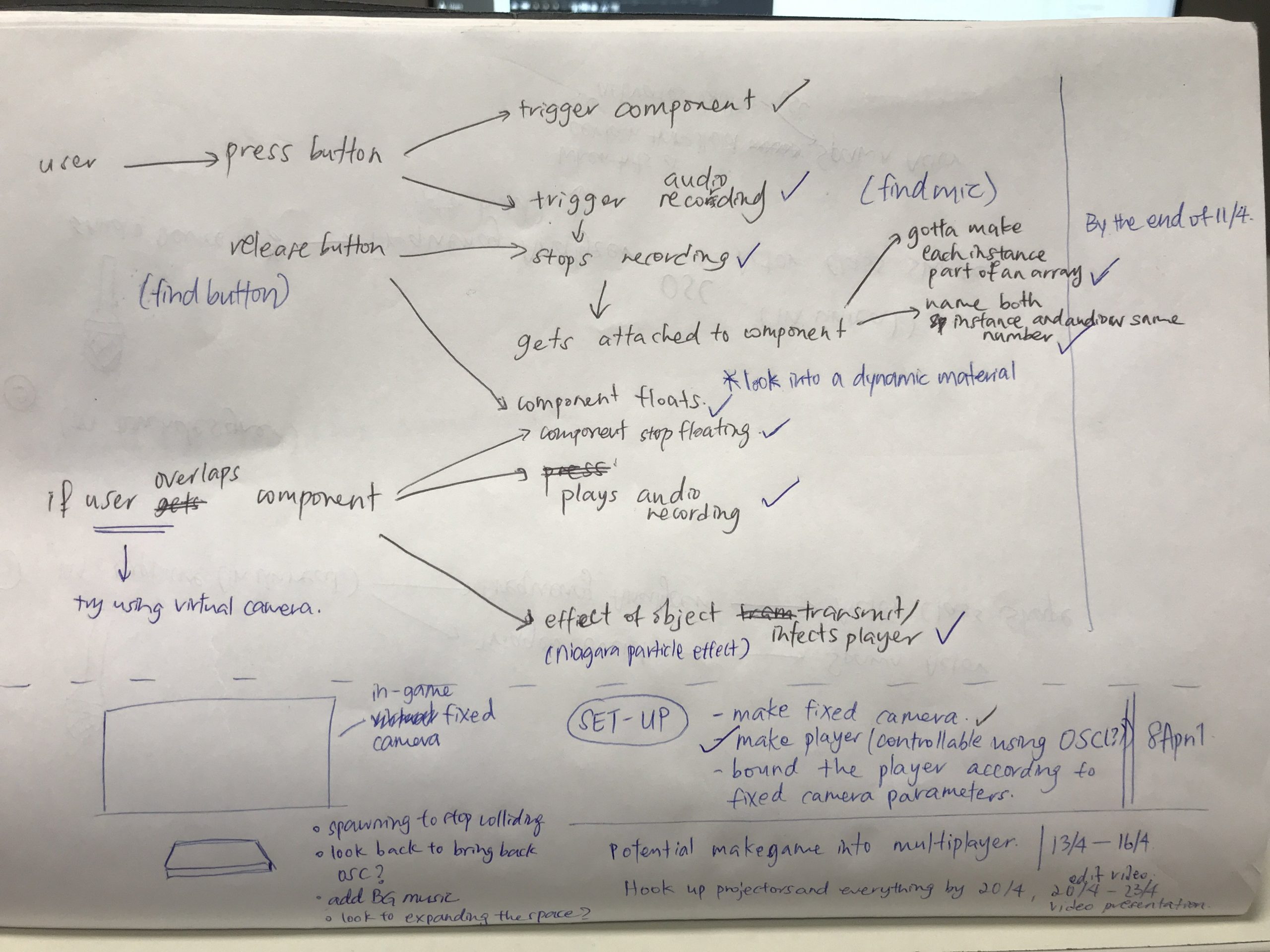 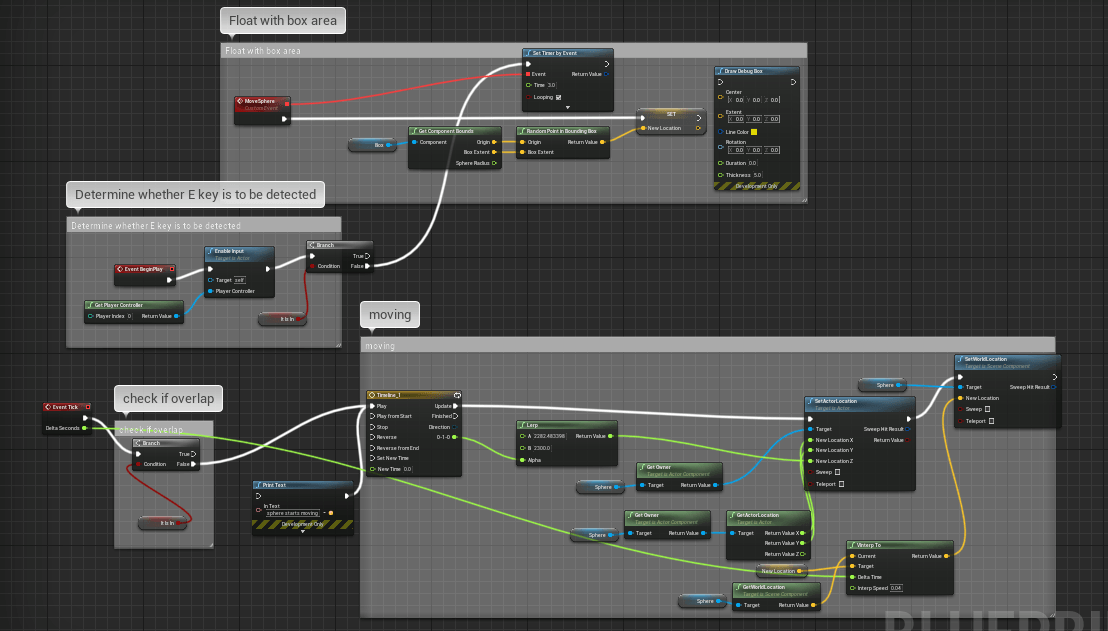 At this point the virtual camera was way too laggy for anything. So initially I wanted to make it a mobile game but i would need to remove too many things to support the graphic feature of the mobile version, so I decided to go with VR instead.

The biggest challenges I faced at this stage were:
1. Making an asymmetrical multiplayer game- 1 VR 1 PC
2. Replication – to have the server and client seeing the same thing happening
3. Setting up a third-person VR view, because usually its always first-person