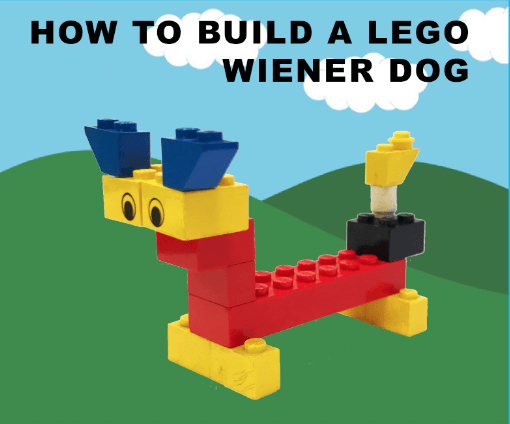 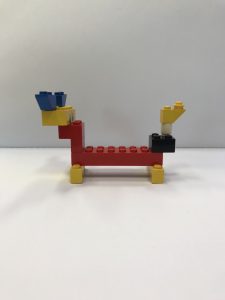 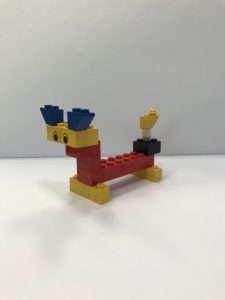 This is inspired by Piet Mondrain’s works. He first dabbled in Cubism at around 1912. I also tried to stick with mainly primary colours as identified in his works. Here are some examples of his works: 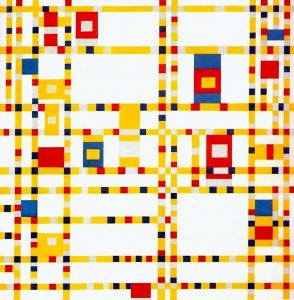 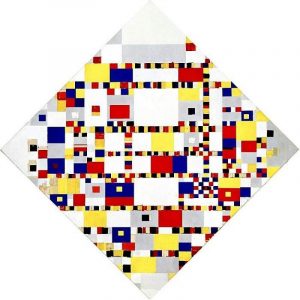 These are my raw drawings: 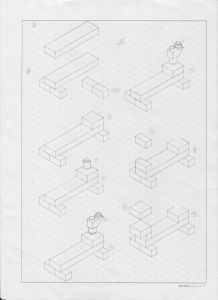 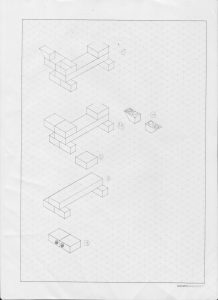 And with a bit of editing, I manage to duplicate the many cylinders as well as the ‘tail’. 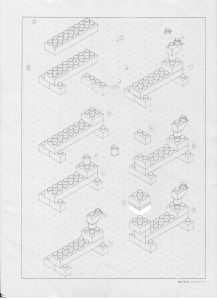 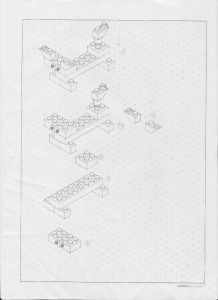 This is my final layout: 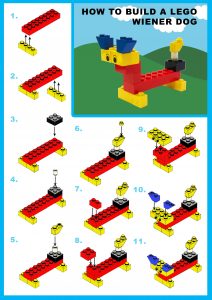 To view  all images at higher resolution: https://drive.google.com/open?id=1L6IhOcDR_9NWBY6yie6PJ9aCT1VhLEhP

I tried to go first an old school vibes with the layout with the simple graphics and borders. This is to further bring out the primary colours. Plus, with lego, it is a classic toy for children so I wanted to create that look with a simple 90s layout. 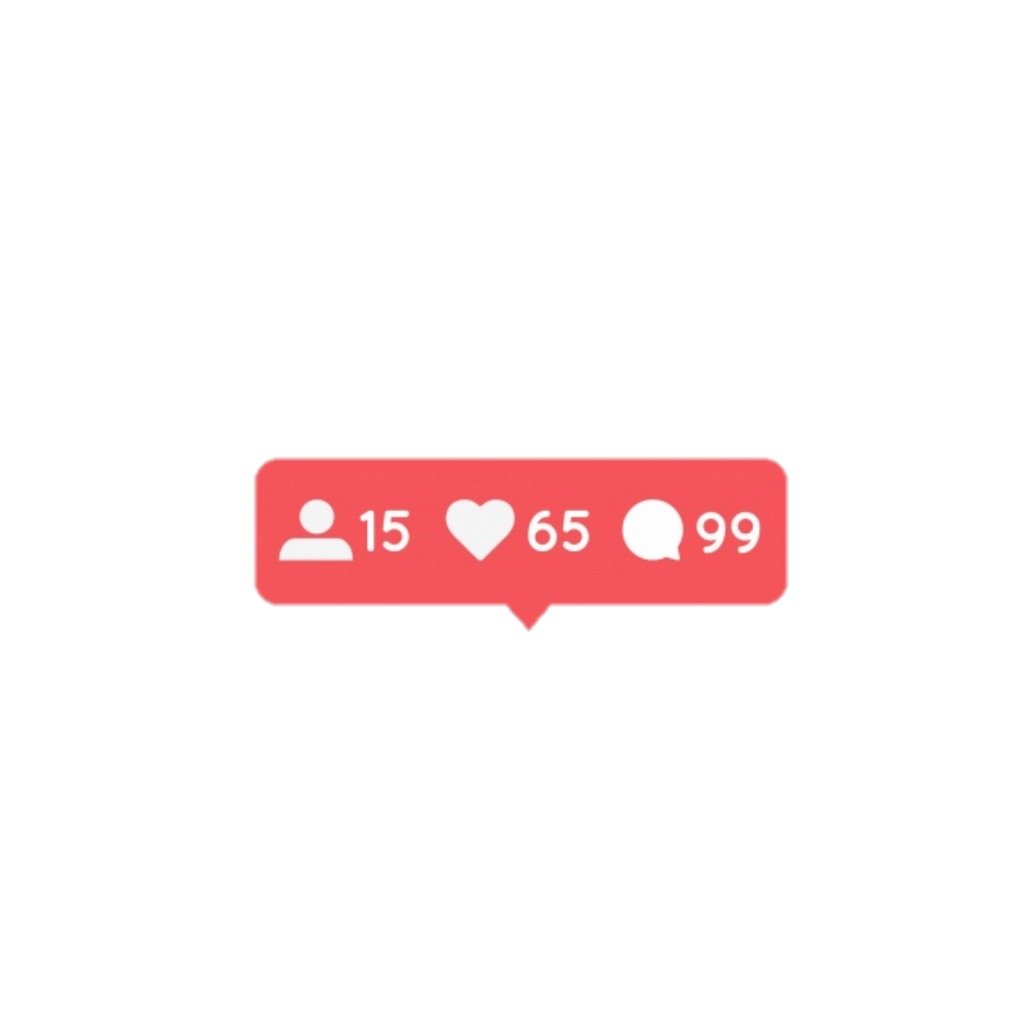 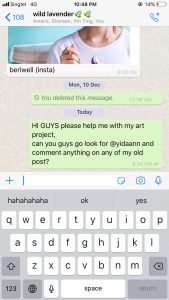 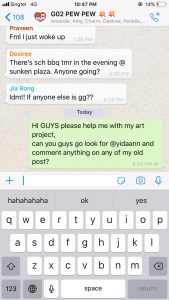 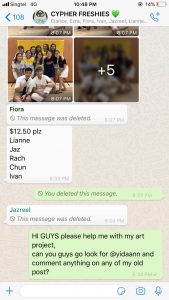 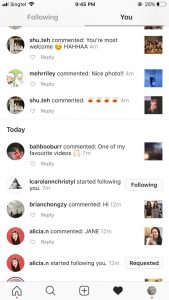 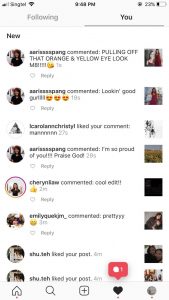 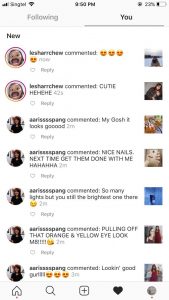 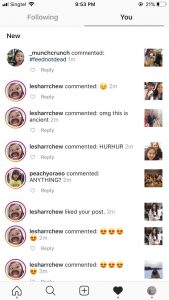 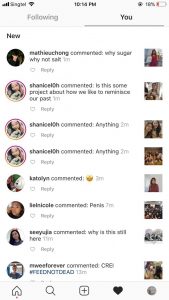 The lift in ADM was really significant to me. I faithfully use this facility any day I am in ADM. It is a paradox in itself- in that it remind me of how lazy I am and would not take the stairs yet also reminds me that I need to rest after a tiring day in school. However with that said, the biggest reason why it’s significant to me is still the mirrors used line the inner perimeter of the lift because I live by the slogan ‘Stressed Depressed but Well-dressed’ SO using the mirrors aids me in living out my life motto.

This alternative virtual space, this post is ever-changing and public. Contents-wise, it’s personal (yet relatable looking at @/lielnicole’s comment) and wrapped with a little humour.

For example, after uploading this particular screen shot on my Insta-story, 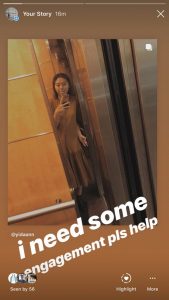 I have observed that more comments were coming in. This shows that a simple alert could bring in more interaction or even just simply more attention to the post. This also further boosts the ‘public’ factor of the post.

Another interesting observant is that because of the humorous tone(as previously mentioned) that was given to the caption, the comments that were left were actually funny too. I had puns, sarcastic comments, interesting hashtags etc.

This simple exercise showed me that co-creation can happen in a space even if parties are not physical present. I choose to believe even in simply by relating to others– that’s a form of interaction happening. Another interesting thought to add is that, for those who did not like/comment on my photo and instead chose to scroll pass adds onto as a form of interaction because it creates a exclusivity between just a group of us who contributed to the post.  Hence, by having a central post, I was able to facilitate and create a DIWO situation within just a small-scale community.

To wrap it up, I also left comments on my friends’ posts and choose to get myself to be part of another interaction happening. 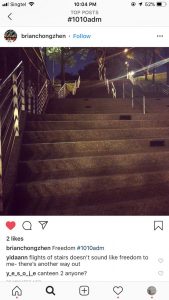 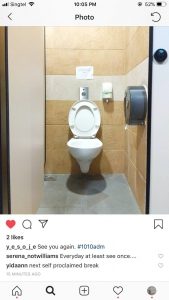