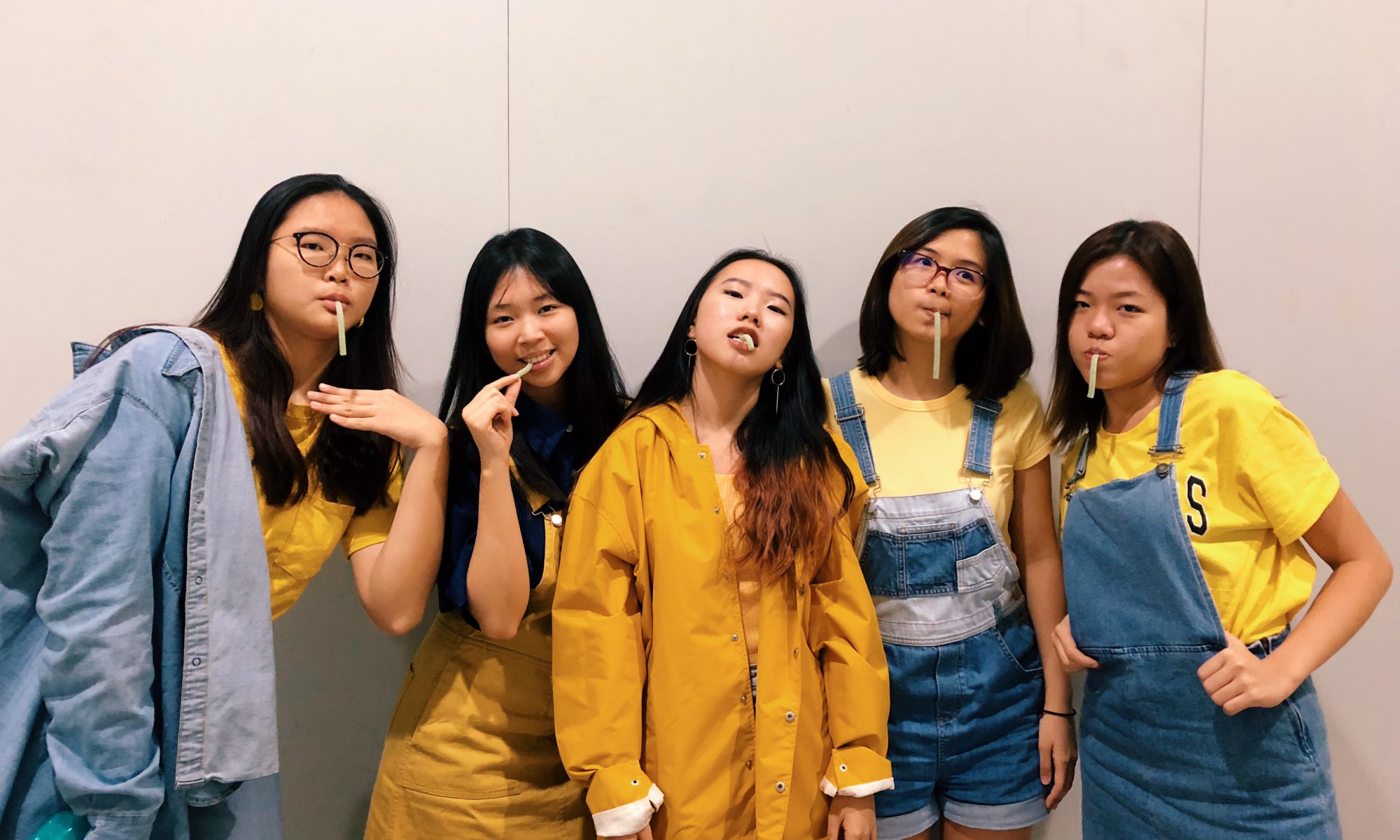 Our presentation slides consist of mainly animated gifs. Some were done using stop motion and some, digital photoshop. 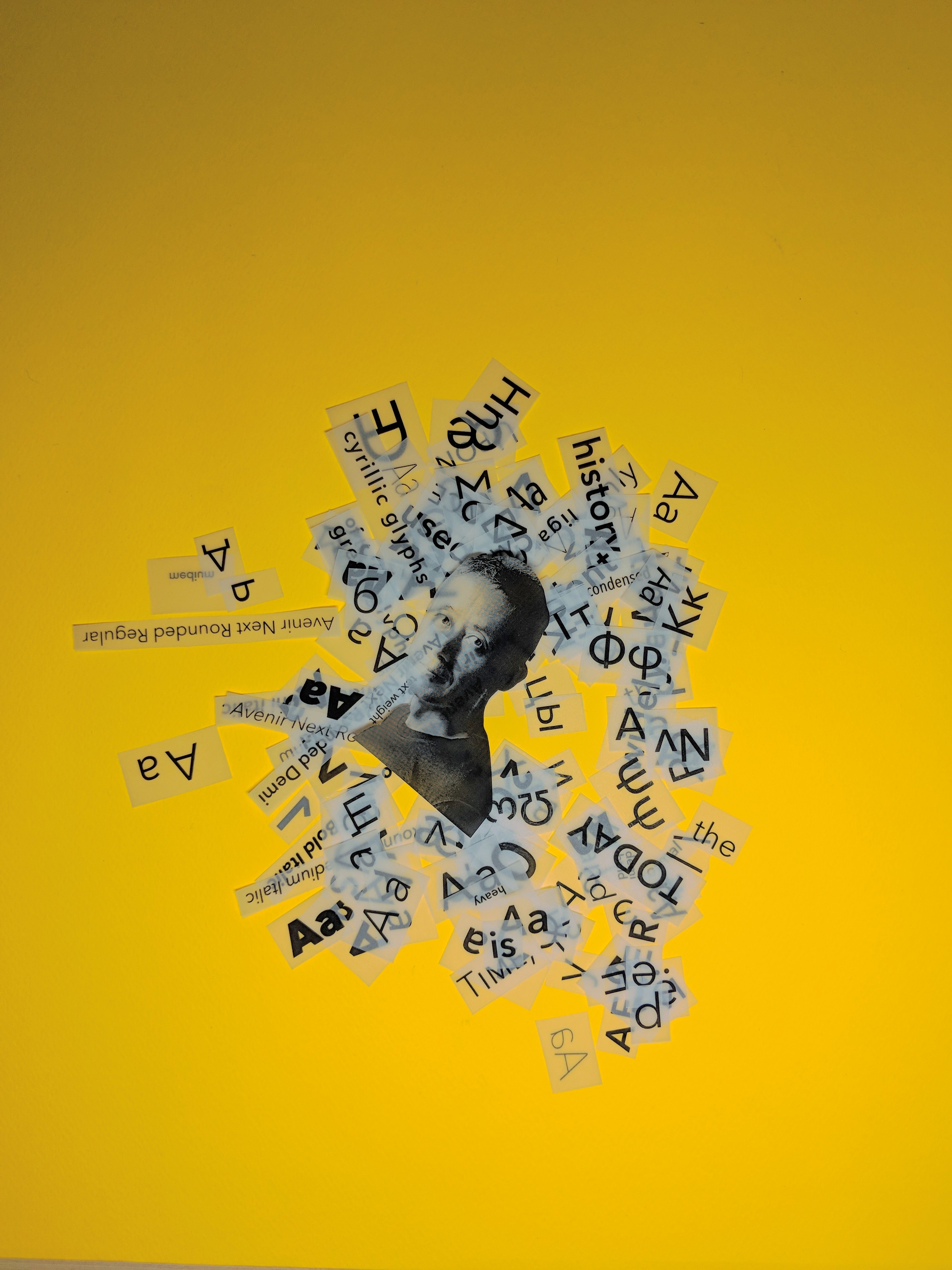 Niki printed out the text and photos for her slides on transparency, arranged them on a large piece of yellow paper, and moved them one by one to create the stop motion animation. 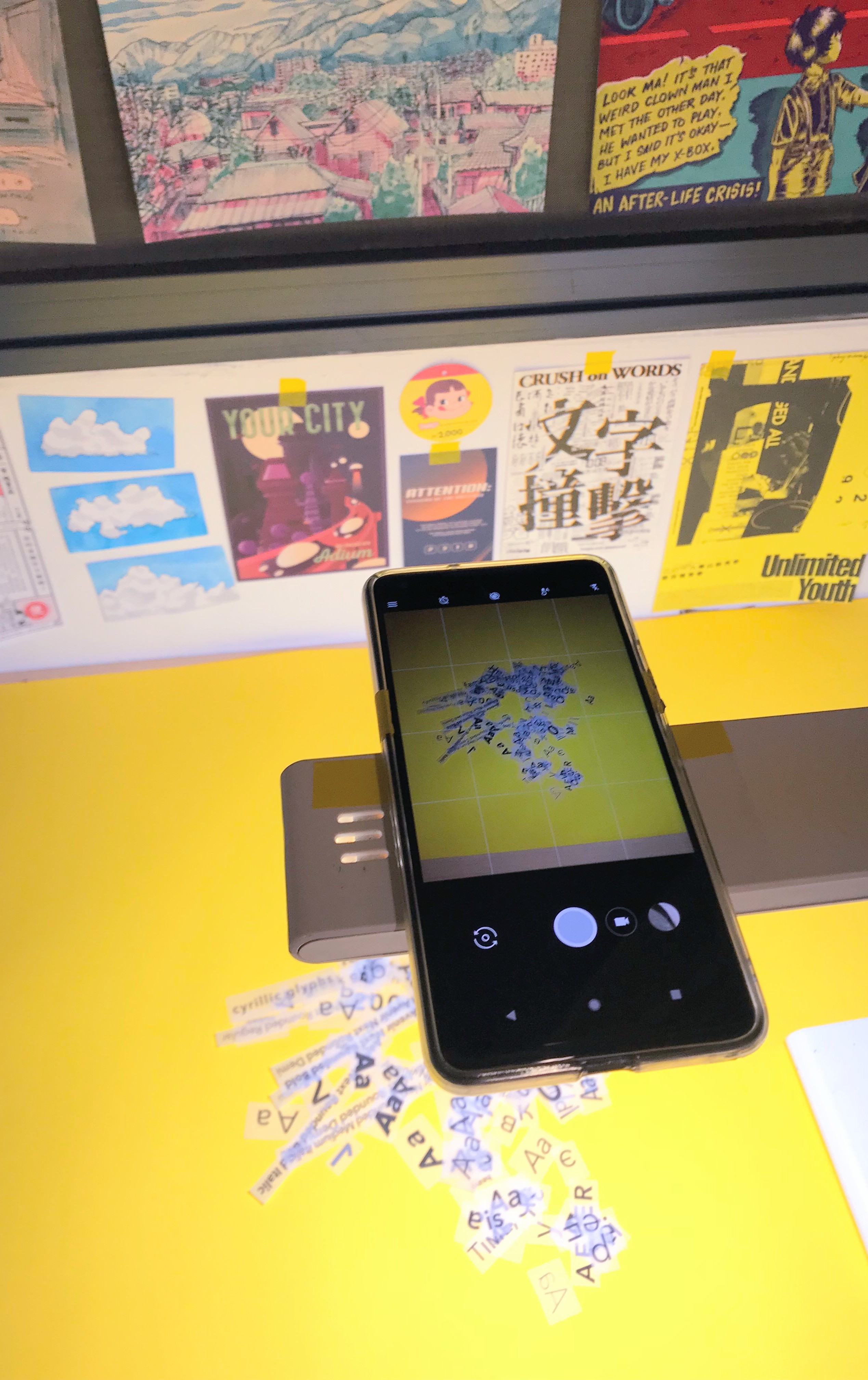 She attached her phone on top of her table lamp to ensure consistency in all her shots.

Then, she put all the images into photoshop and created frame animations out of them. 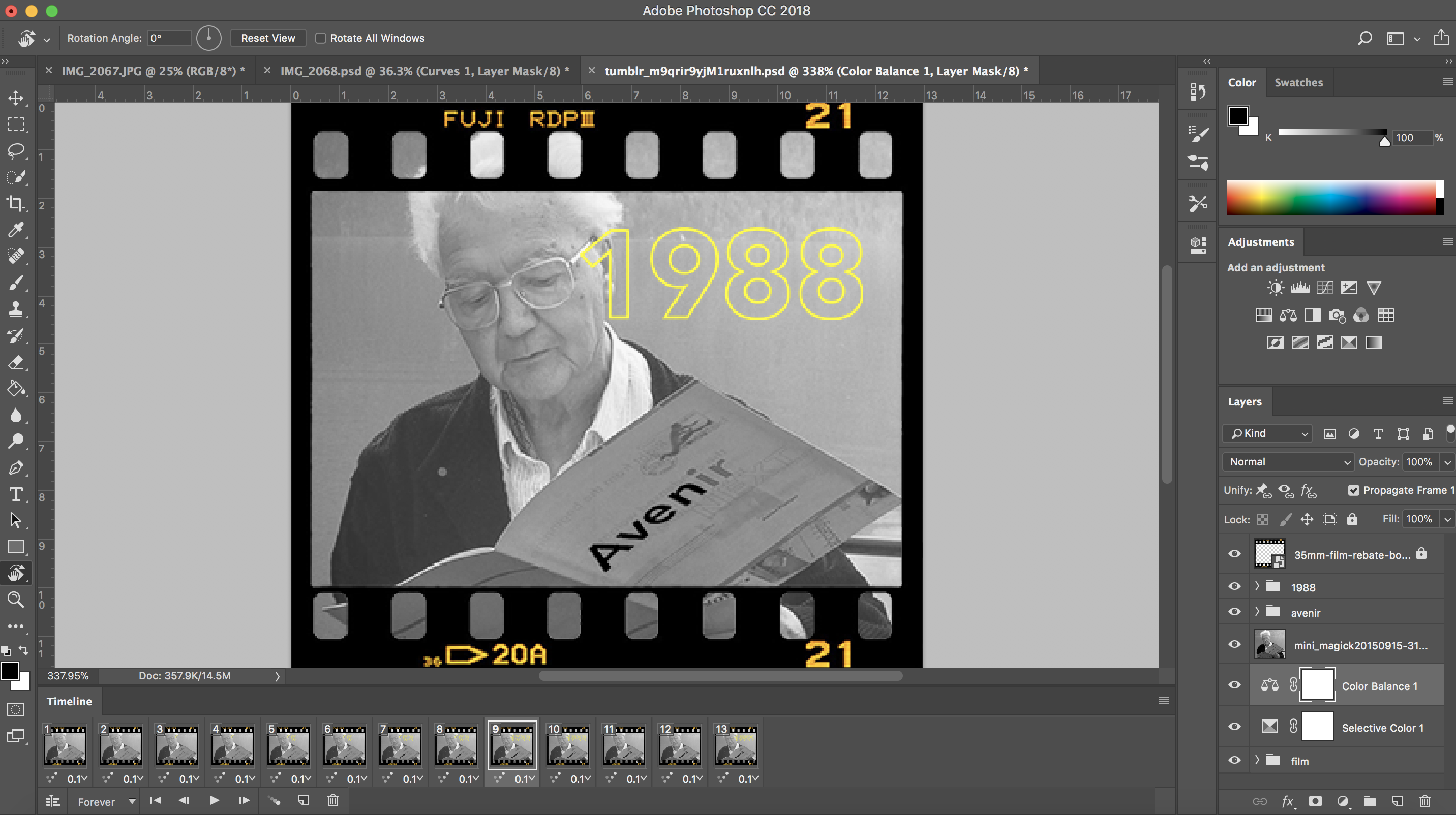 Dominique prepared transparencies of letterforms from Helvetica and Avenir for the class to compare. 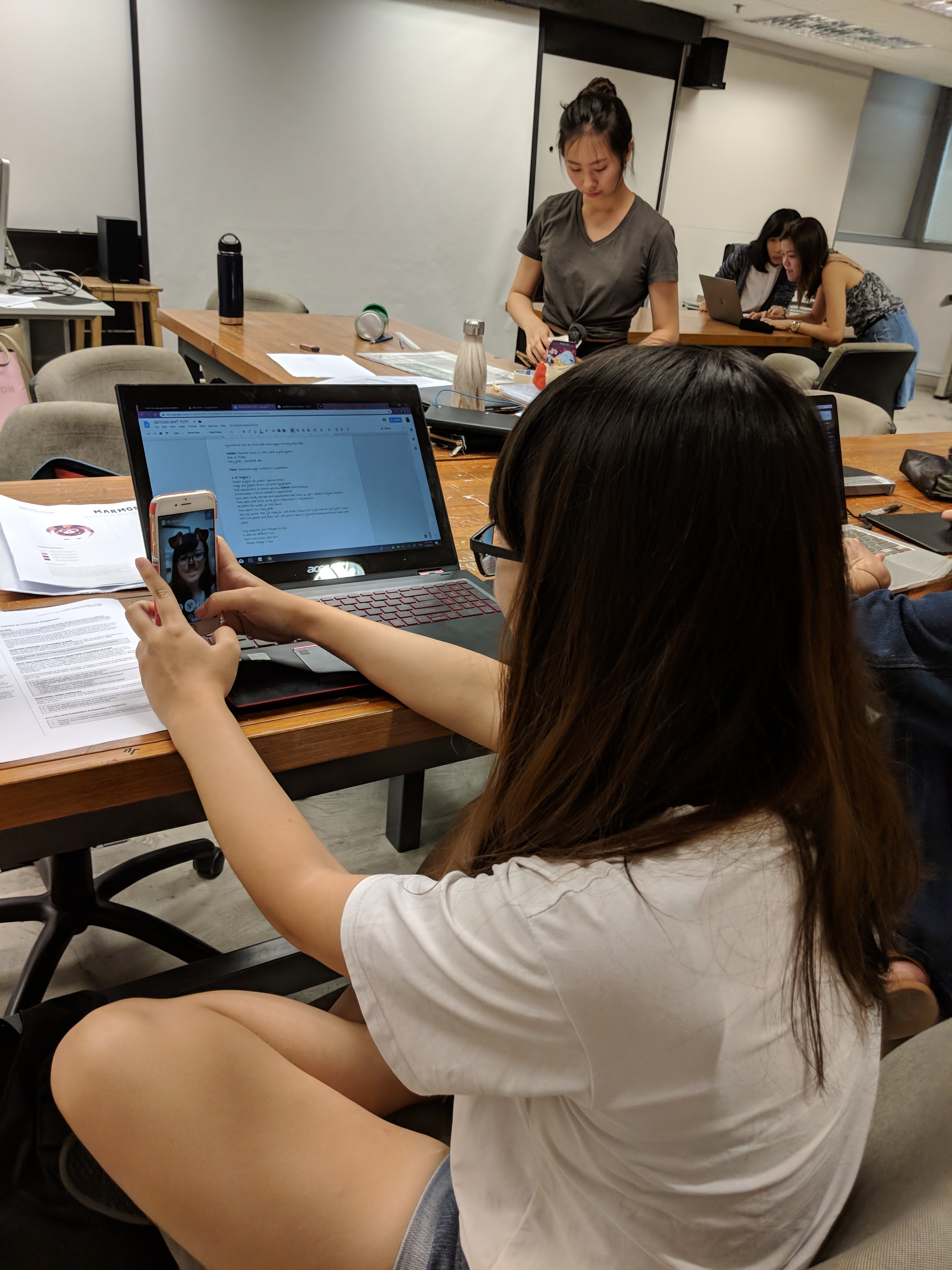 Amanda went around scouting for people to star in our snapchat videos. This is Yueling taking a snapchat with the ‘dog filter’, complaining about Snapchat changing their font. Clara was in another Snapchat video too and she walked in the light drizzly rain for it. Unfortunately, we didn’t manage to document that. 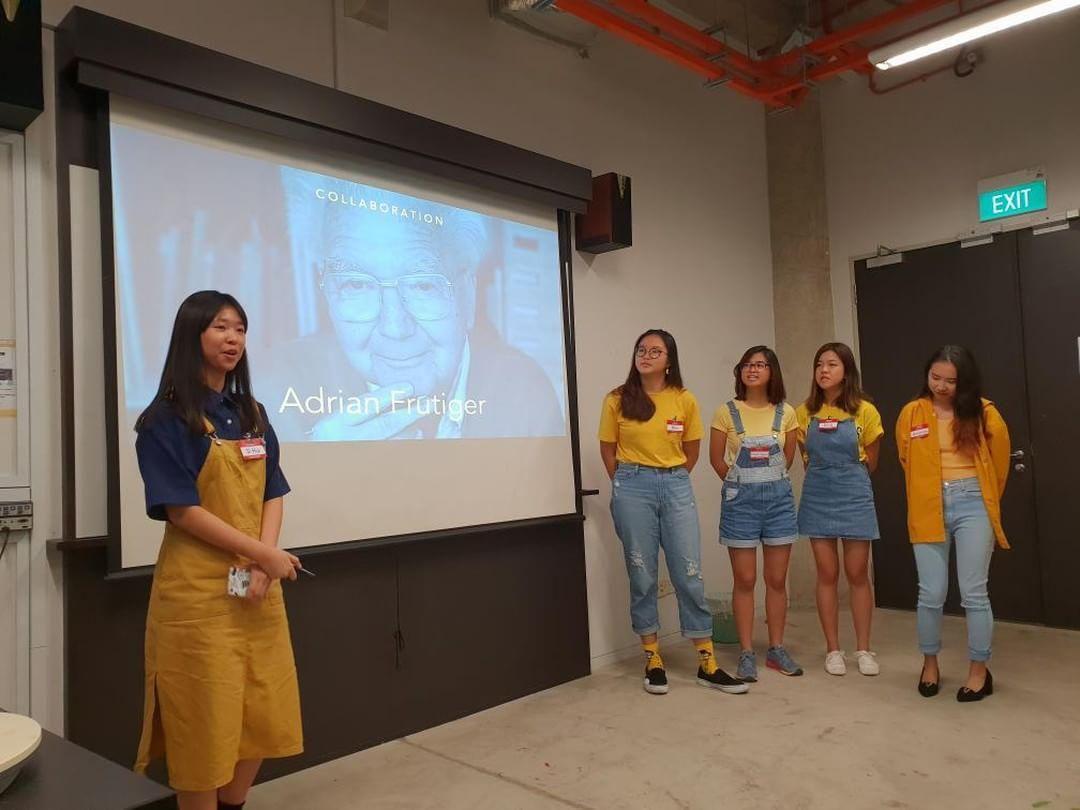