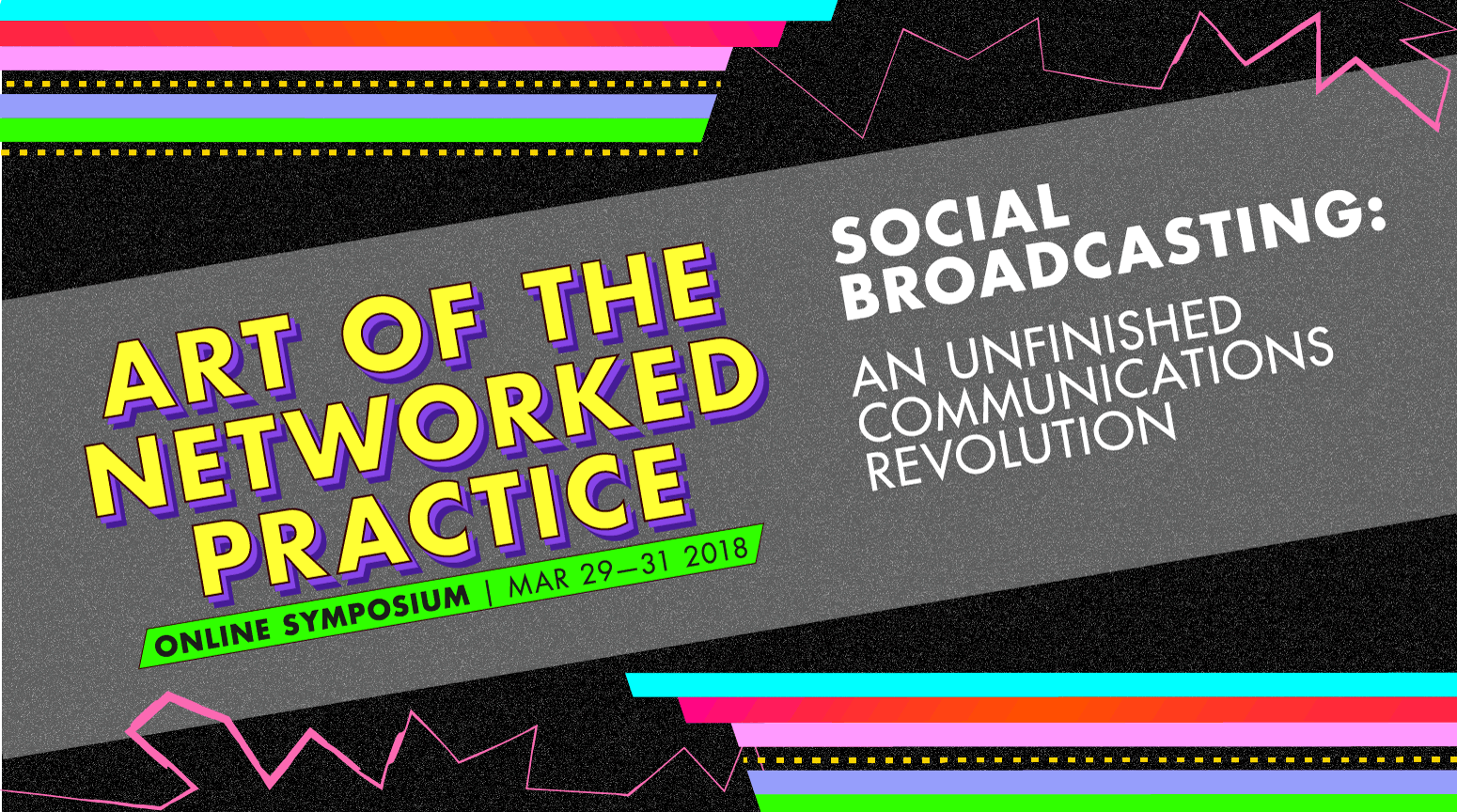 The symposium dished out fresh perspectives on the experimental possibilities of the third space. I attended Day 1 & 2 where several ground-breaking works were discussed, and ‘what is going on???’ type of live performances were demonstrated.

Day 1 // Being & Connectedness in Telematic Space

In the past, broadcasts traditionally took place on one-to-many platforms such as radio and TV. But now, broadcasts can be many-to-many, such as the live performance by Annie Abrahams and her collaborators in Adobe Connect.

The performance is a sequential mashup of showing their ceilings, hands, different found objects, and robotic phrases. At the end, they close their eyes for a moment, leaving the audience to anticipate what happens next.

Due to latency, one of the performers, Helen Jamieson, appears to have fallen asleep to the audiences watching from Singapore. Professor Lei comments on how latency requires the audience to adopt an alternative sense of time. And Marc Garett continues, “I think that because the technology is not perfect and presents us with latency, it offers us an alternative space beyond perfection.”

Annie’s performance reminds me of the Teledrift micro-project we did, where despite the performers being in separate geographical locations, are able to collapse that distance on third space and create a “third body” through a collective synergetic performance. By having the performers say a set of unrelated phrases spontaneously, a strangely poetic remix emerges. Some phrases include:

“you are our only hope now”

“and did I fly backwards, homewards…”

“resistance supports you as our leader”

“suddenly we become scared to change something”

For me, this collective poetry slam impacted me the most from their performance. They seem to embody semiotic nuances that allow each viewer to interpret for themselves.

At the end, Annie explains that the essence of the performance is about working with unknown people, circumstances and machines to offer or create something new. She adds, “You know you’re not in the same time and space, but you still can meet and play together, in the entanglement of machines and people.”

Some viewers also brought up that the comment section felt like it was part of the performance as well.

Maria Chatzichristodoulou discussed Telematic Dreaming (1993) by Paul Sermon, where two people who cannot physically touch each other back, can still experience intimacy with one another.

She then discusses the flip side of this closeness on third space, by giving an example of an artist who allowed her participants to abuse her online avatar. Even though the artist was not physically hurt in real life, the abuse felt real because it was directed to her and not the avatar. So where do we draw the line for ethics and social responsibility?

Day 2 // Networking the Real & the Fictional

“Kidnap” and “My Neck of The Woods” are works by Blast Theory that stood out to me the most. Both take place in a mixed reality space of the physical and virtual world simultaneously.

In “Kidnap”, participants consent to being kidnapped by buying a lottery ticket to win that experience. Ten finalists were blindfolded and locked in a secret location with a surveillance camera for 48 hours. When the simulation begins to feel too real, the issue of ethics and consent converge to a grey area.

In “My Neck of the Woods”, teenagers take the viewers around their hangout areas by vlogging live, and the viewers communicate with the teenager by typing in the comment section simultaneously. At some point, the teenager chooses one person to have a one-to-one chat with, while the viewers watch their conversation unfold. Some intimate secrets and heartfelt talk surfaces, which bring to mind the idea of an alternative social world, and what type of community would be online.

The whole experience made me see third space as a dimension that bends time and space, a place where human interaction can be just as complex and dynamic as in real life. This invites exciting potential for creating art, collaborating, and interacting on the Internet.