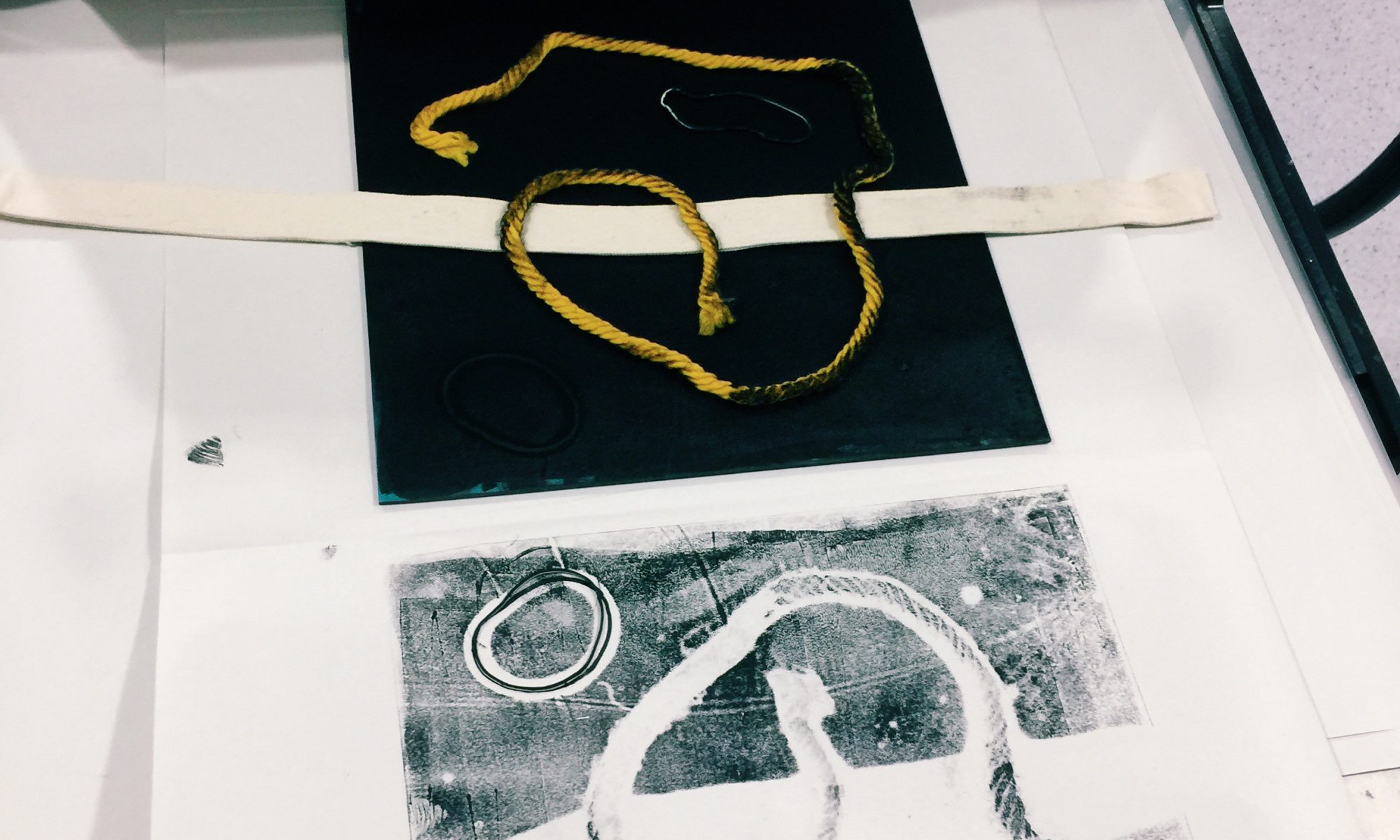 Cluster of dots resemble goose bumps. Sporadic ink splotches and negative space mimic a horror / murder scene. Dotted texture evokes a sense of uneasiness.
Brushy strokes varied in strong and soft textures express a sense of helplessness, giving up and letting go. Splotches of ink represent welling up with tears on the inside.

No particular emotion for this variation, just exploring marks, textures and patterns. Ripped patches stuck on canvas seems to be a creative way to do mark making.

Not sure how to incorporate this into any emotional categories yet but can use this method if need to create stiff lines and shapes.

Cluster of inks resemble bubbles and can express affection or excitement. Textured lines resemble a gush of wind to intensify the feeling of joy or love. 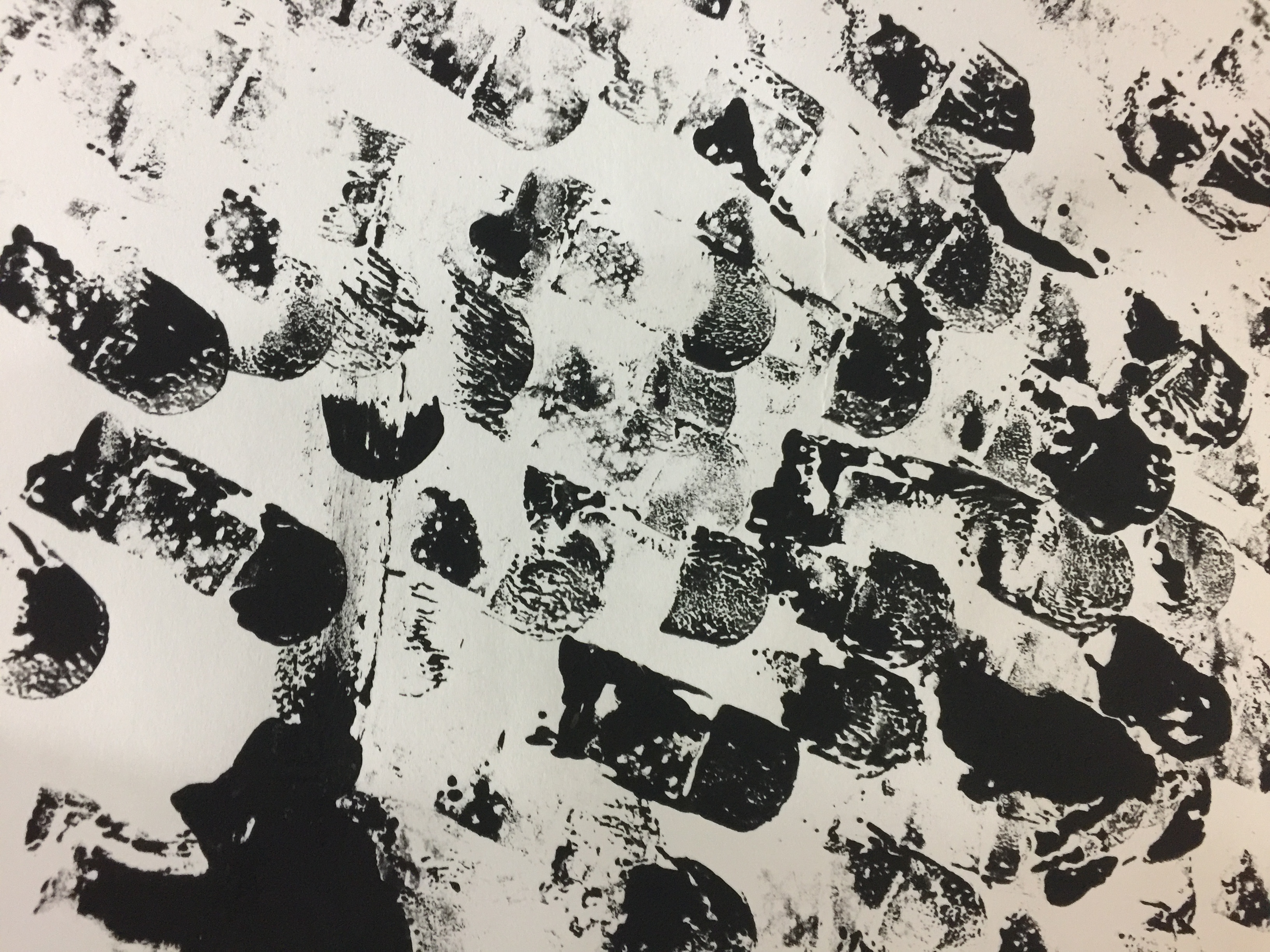 Using the leftover ink on the linoleum pad, paper was pressed over it while adding circular nail scratches.

Straight lines with occasional waves are formed. Not sure what emotion to associate this with.

No matter how much strength or force I used, it’s hard to make marks with items that have more depth especially rubber bands, yarn, and paper clip. When used too much force, paper was close to ripping.

Step 1: Make sure blanket is fully protected with paper

Yarn grooves don’t show when hand-pressed but show when rolled through machine. Background has nice gradients and uneven shadings, made from objects of different depths. Voids in rubber bands also show more when machine-pressed than hand-pressed.