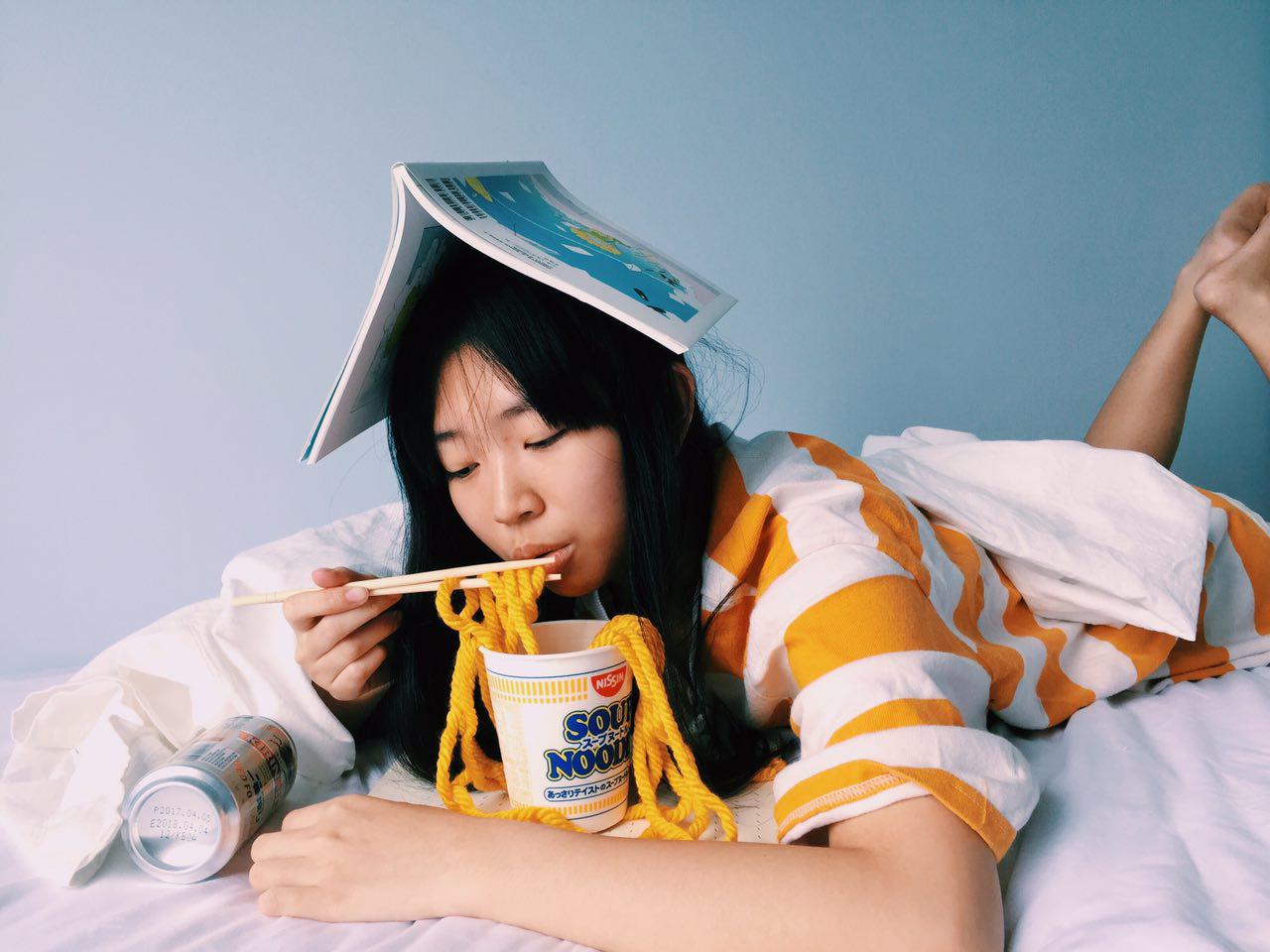 To create a photo series out of self portraits, an object you interact with and a location that tells a story about yourself / your identity. 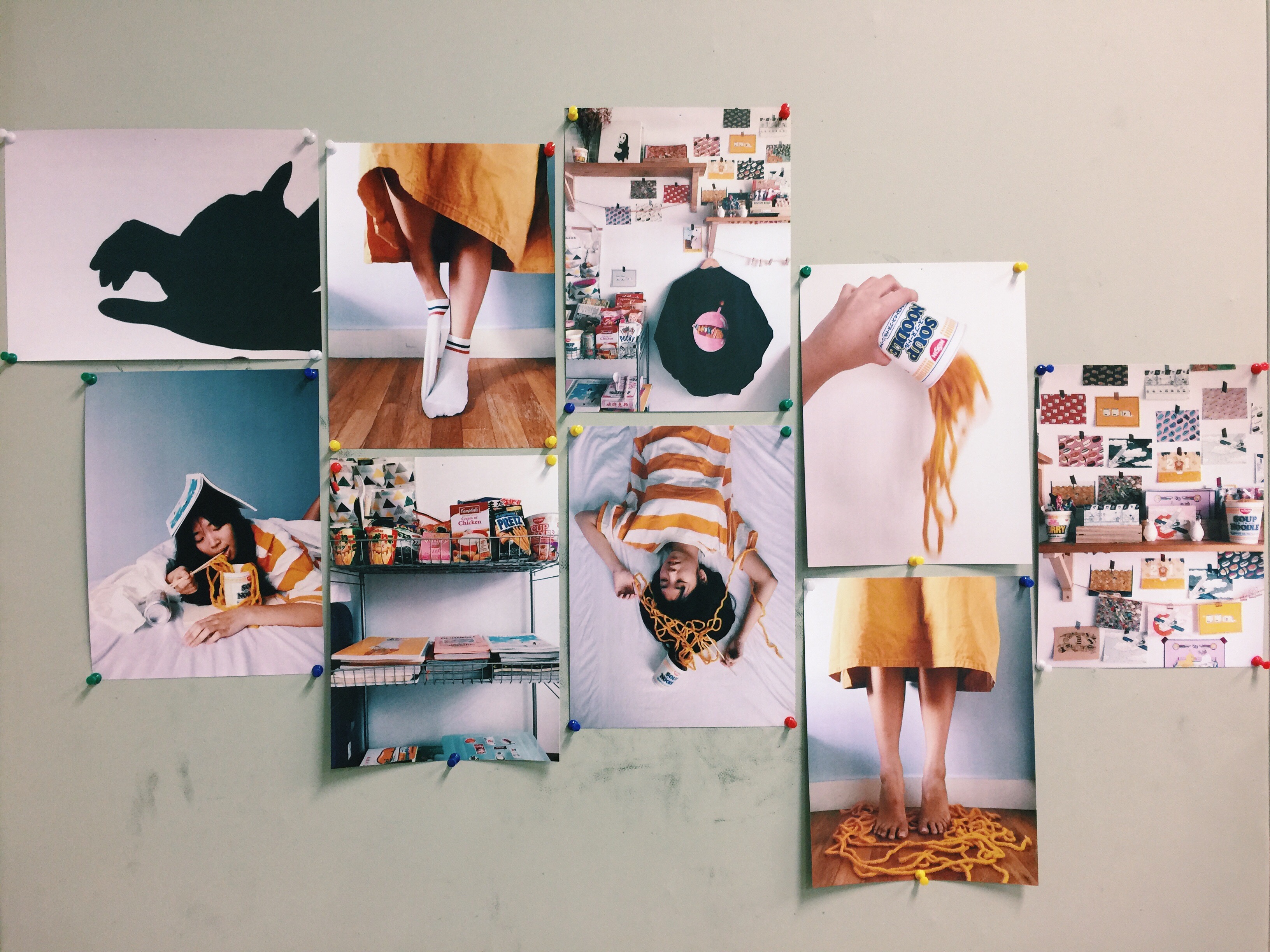 I jumbled up all the photos so they’re not arranged according to task but curated them this way to tell you a story about myself.

This is my bedroom. I moved in last year when I forgot to submit my polytechnic semester results during university application, so I ended up taking an automatic gap year.

It was something unexpected and instead of getting a proper job to pull through the year, I decided to chase my dreams. So I turned it into a studio where I spent the year as an independent illustrator.

It is my work space and also my safe house. I recently moved to a new place and my aunt now owns this house. But whenever my dad is drunk at home and vents his anger on me, I always come here and feel safe.

In my bedroom studio, I made a pantry for brain fuel and collect indie magazines as a hobby. The shelves are used to display samples of my illustration work. I used a long shot and neutral angle to accentuate the lines formed by the racks and shelves. This is also to capture as much detail of the place as possible. 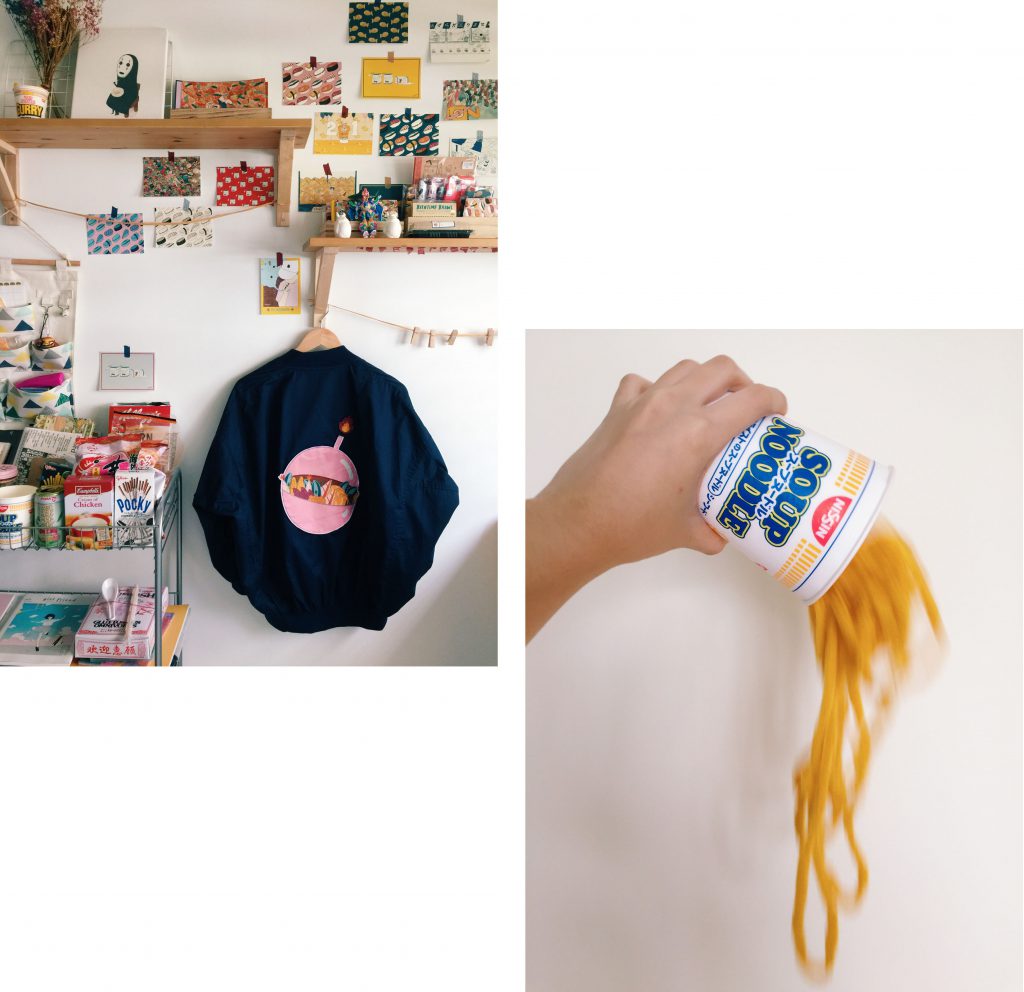 I arranged these photos in this manner to give the illusion that my arm is emerging out from the shadow to pour the cup noodles out.

The sequence of these two photos are intended to make it look as if the noodles are being poured out onto the floor.

Cup noodles are what has seen me through late nights of work. It is my comfort food and coping mechanism during crunch time.

Why yarn noodles? My world and personality is a whimsical one and I wanted to add a touch of imagination and versatility to this project. I used yarn noodles to represent imagination, because it’s always something that fuels me to create new illustrations. And also to represent dreams, ambitions that are not yet fulfilled.

The socks represent a form of protection and covering, helping to cover up my flaws and insecurities. Removing it represents confronting my flaws, recognising them, and being comfortable as myself without hiding anything. 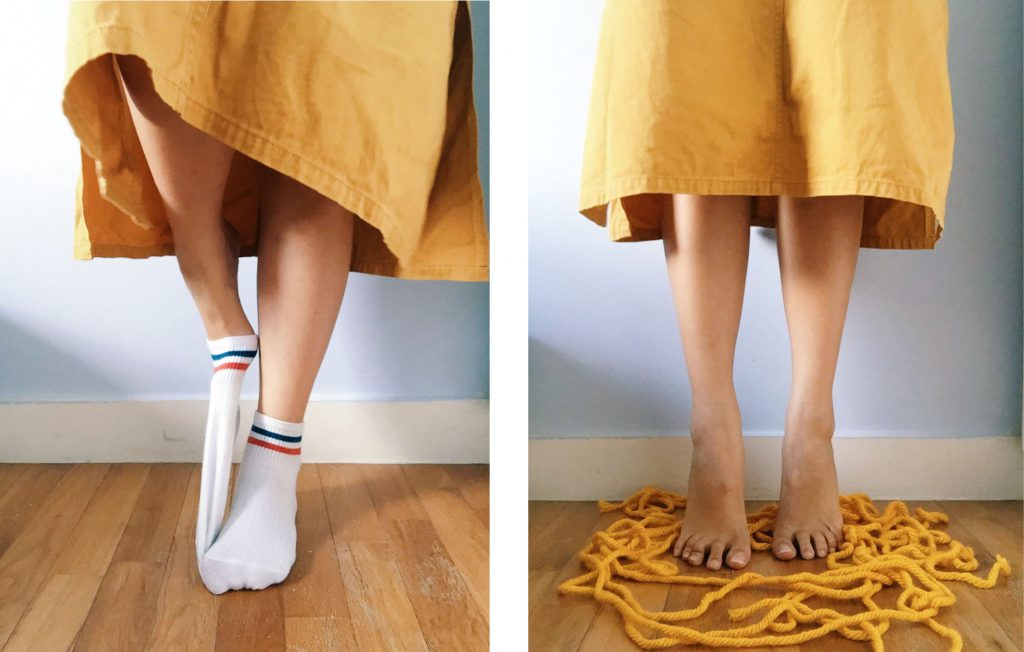 In the process of following my dreams, I want to walk on the path of complete honesty and raw hard work, with no pretence and no short cuts. 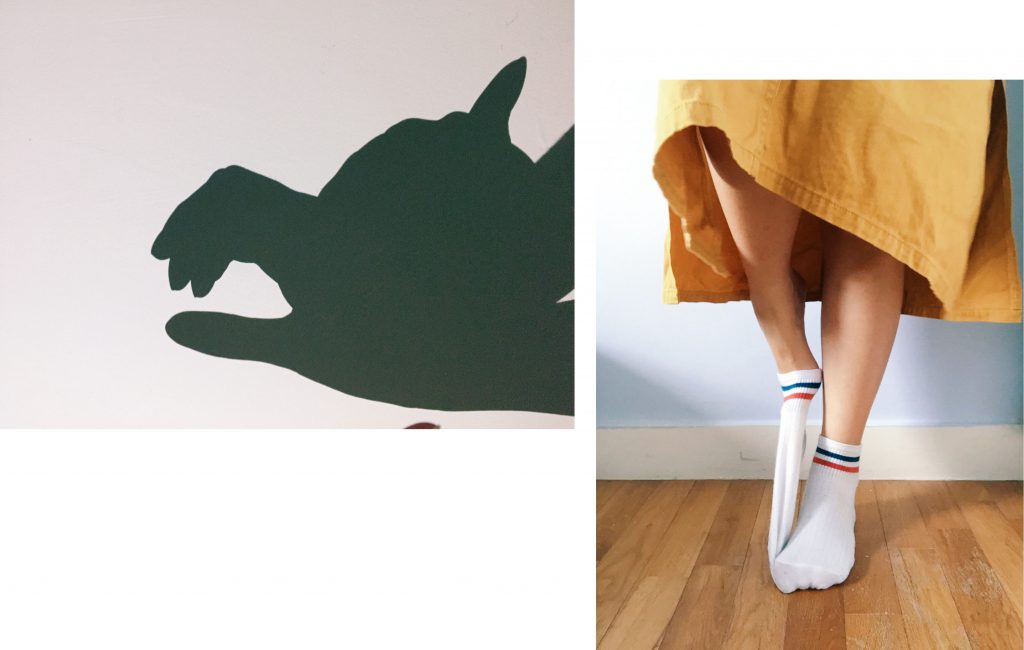 The shadow puppet of a big bad wolf is also deliberately placed beside the adjacent photo to give it the illusion of emerging out of my feet. It represents my insecurities that I’m trying to overcome as I take off my socks.

Wearing yellow: I also have no idea why I have an obsession with yellow, but I seem to subconsciously make it my uniform and it usually changes with each stage or milestone I go through in life. Maybe when I defeat the big bad wolf, I’ll move on to a new dress code.

Originally I thought about taking photos at a playground with the theme of growing up, but the playgrounds from my childhood are no longer the same, they have been renovated many times. I wasn’t sure if I should go ahead with my idea but I changed my mind after this research.

I changed my location to my bedroom. I was anxious about putting out a space that is very intimate to me for others to see, but I wanted to use this assignment to confront myself and try out some of the methods Desmond Lim and Francesca Woodman used in their work.