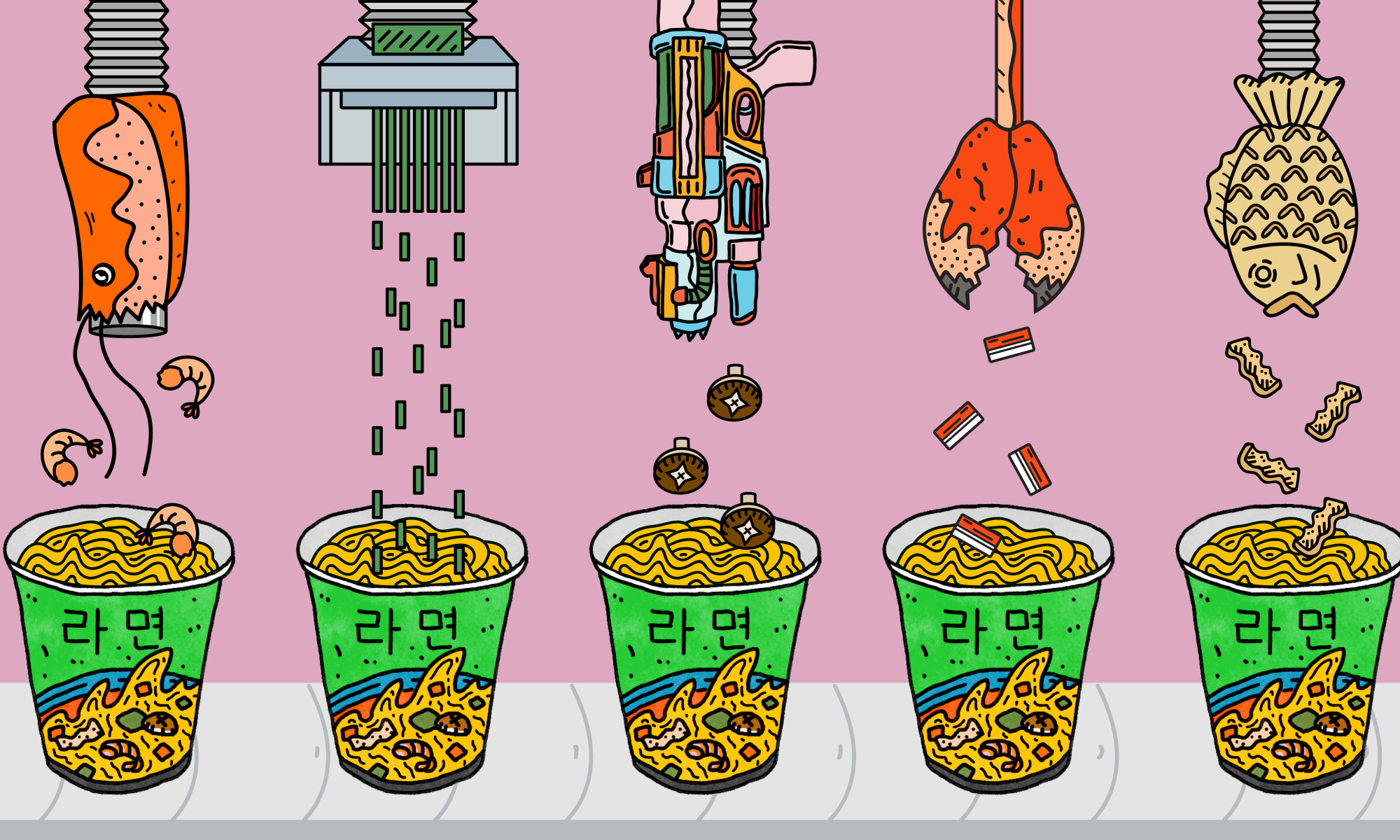 To create a soundscape with visuals to illustrate a place I have never been to before in one minute. You are about to enter cup noodle factory.

Cup noodles are being made from Rapunzel’s long wavy hair. As the noodles run through the conveyor belts, they depart on a journey through peculiar process stations before arriving at its final destination – the convenience store. There, a customer (who looks strangely like Rapunzel with short hair) takes one off the shelf. As the noodles cook in hot water, the little ingredients come alive and break into a silly dance. Here, the diegesis runs in a circular cycle, where it starts and ends with Rapunzel’s appearance.

Objective synchronous sounds are used to immerse the audience into the fictional world of this factory. The images are timed in a precise manner such that they move simultaneously to the rhythm of the sounds. In each frame, the gif loops back and forth in a constant fast-paced rhythm. The background music is layered with other sound effects in the foreground to create a more dynamic ambience of the factory. 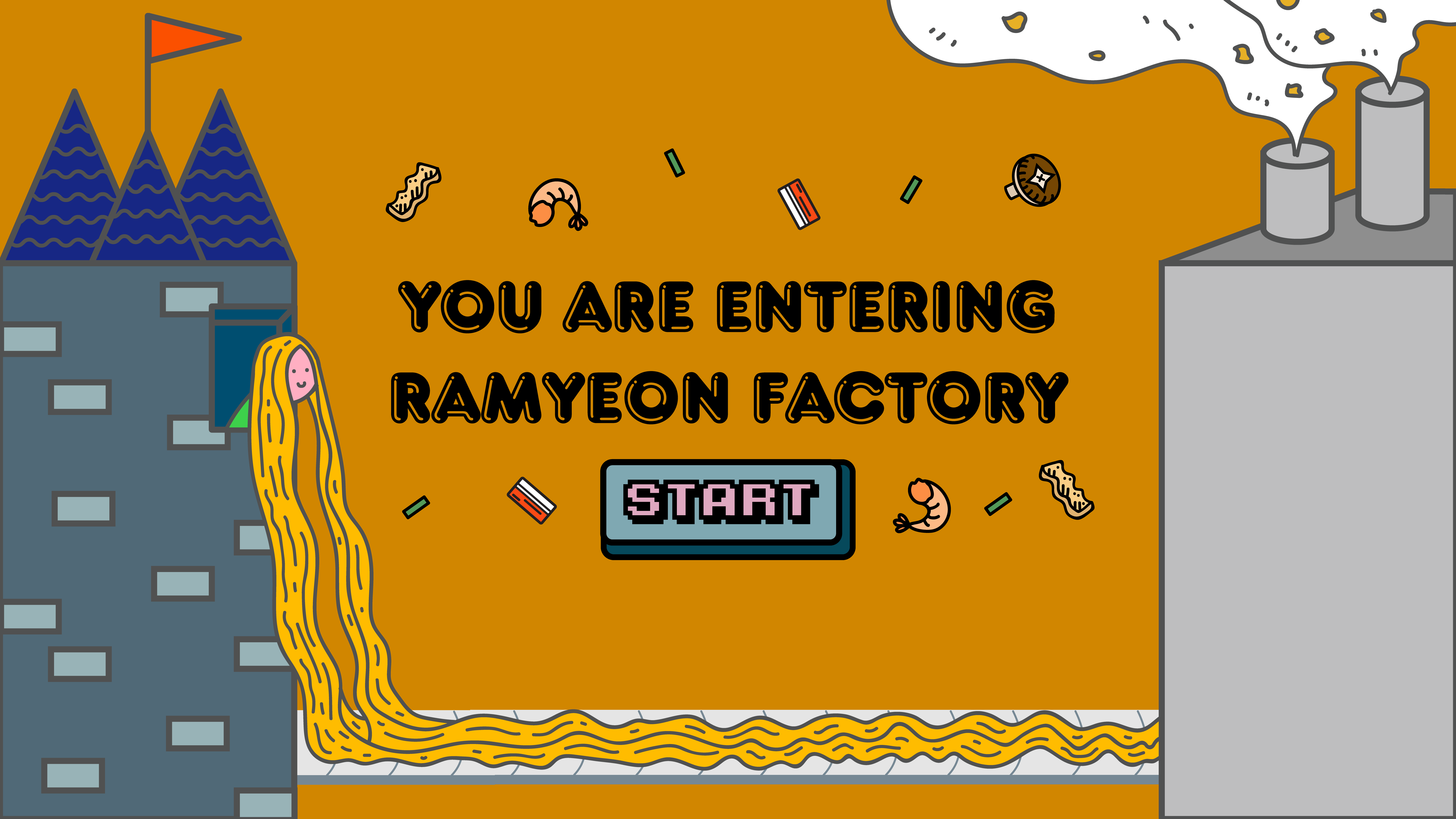 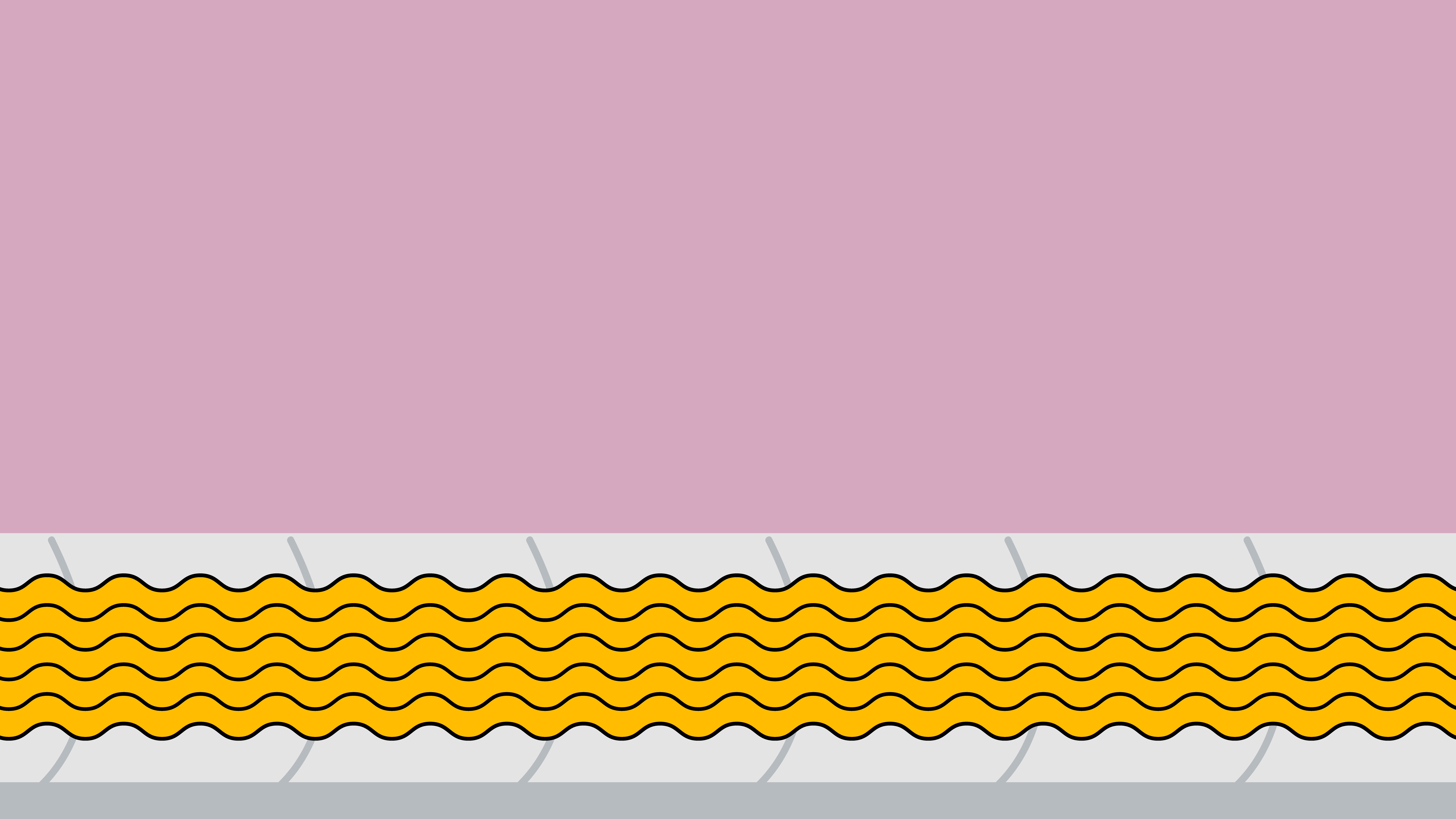 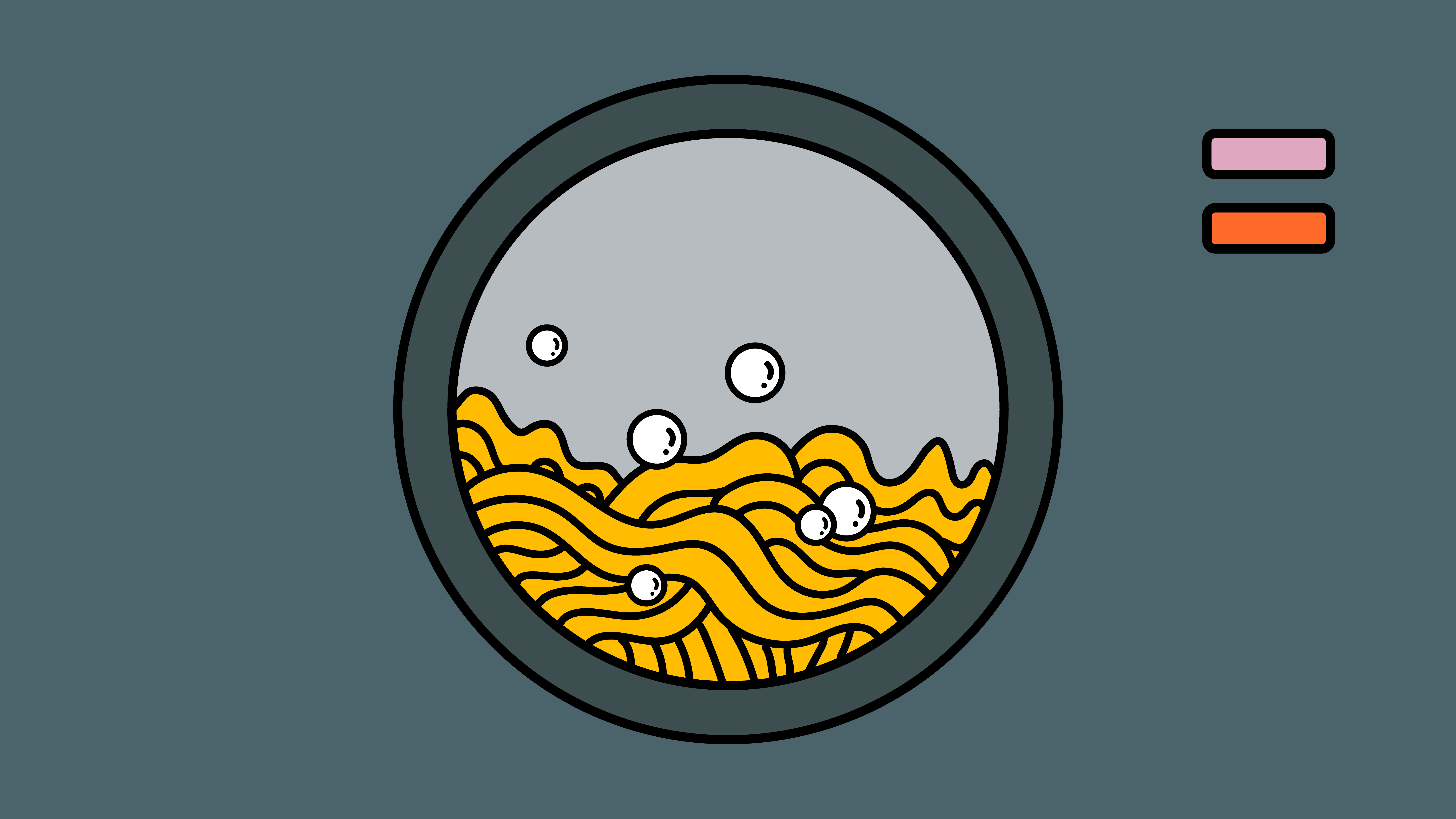 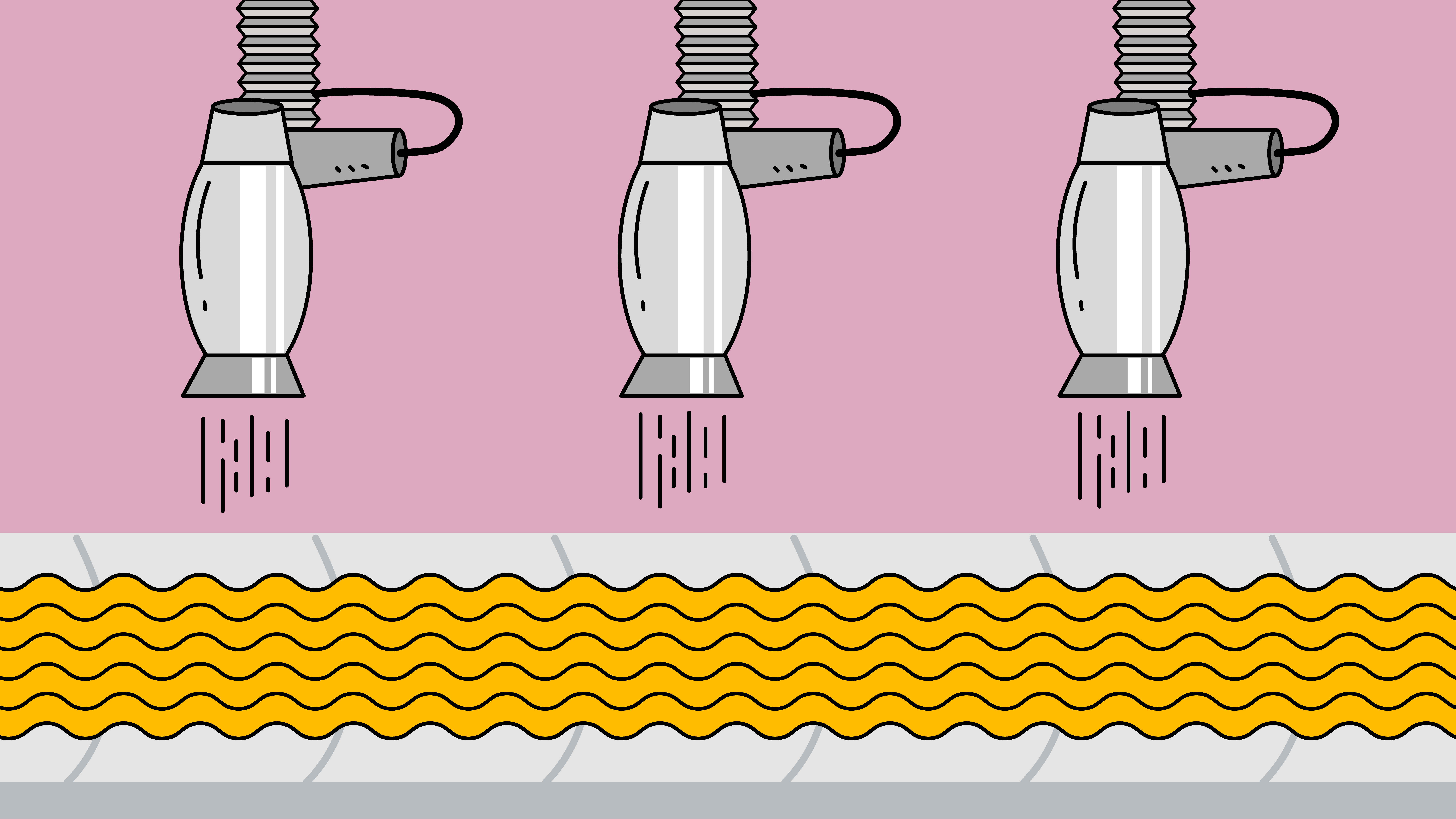 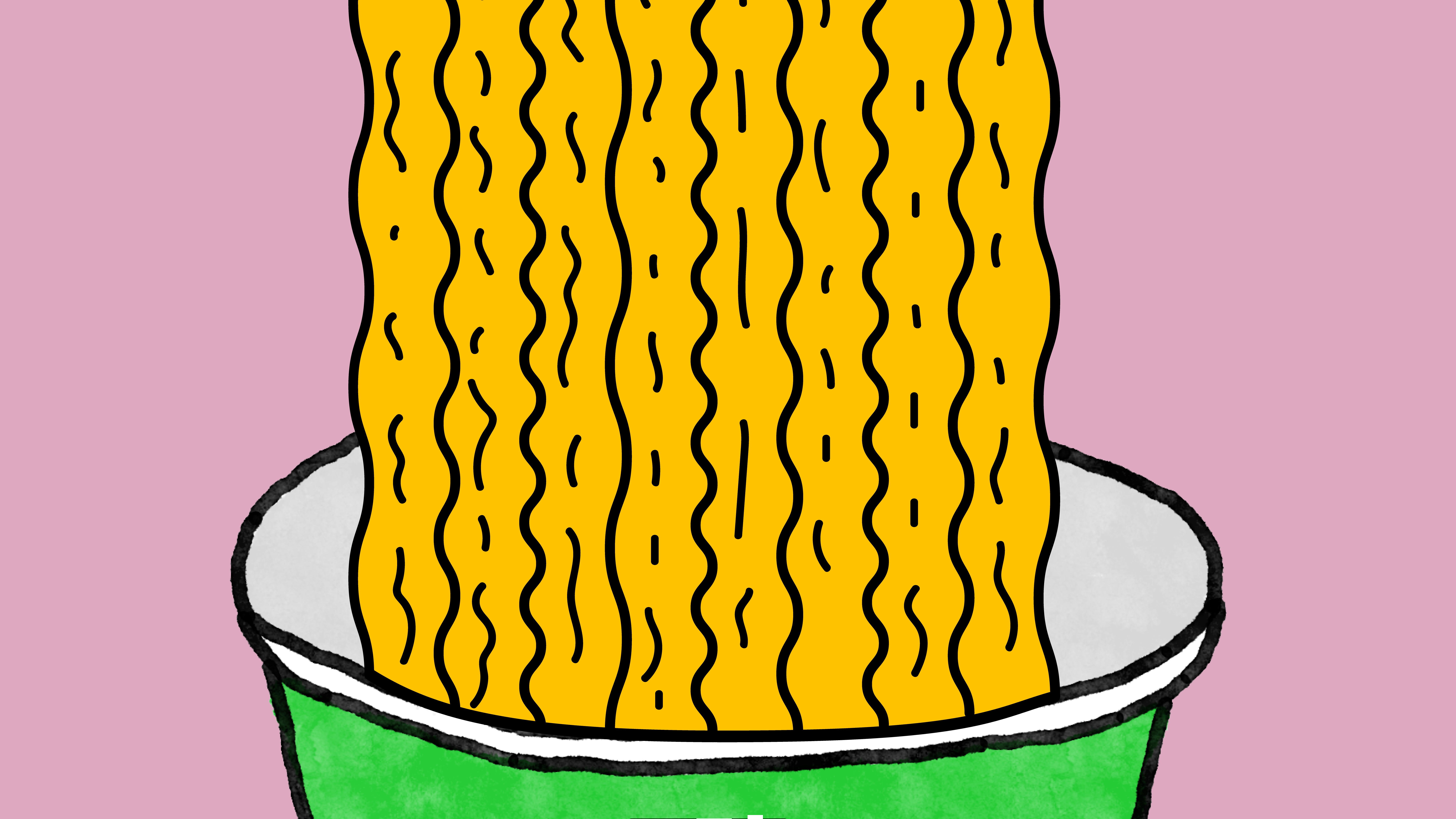 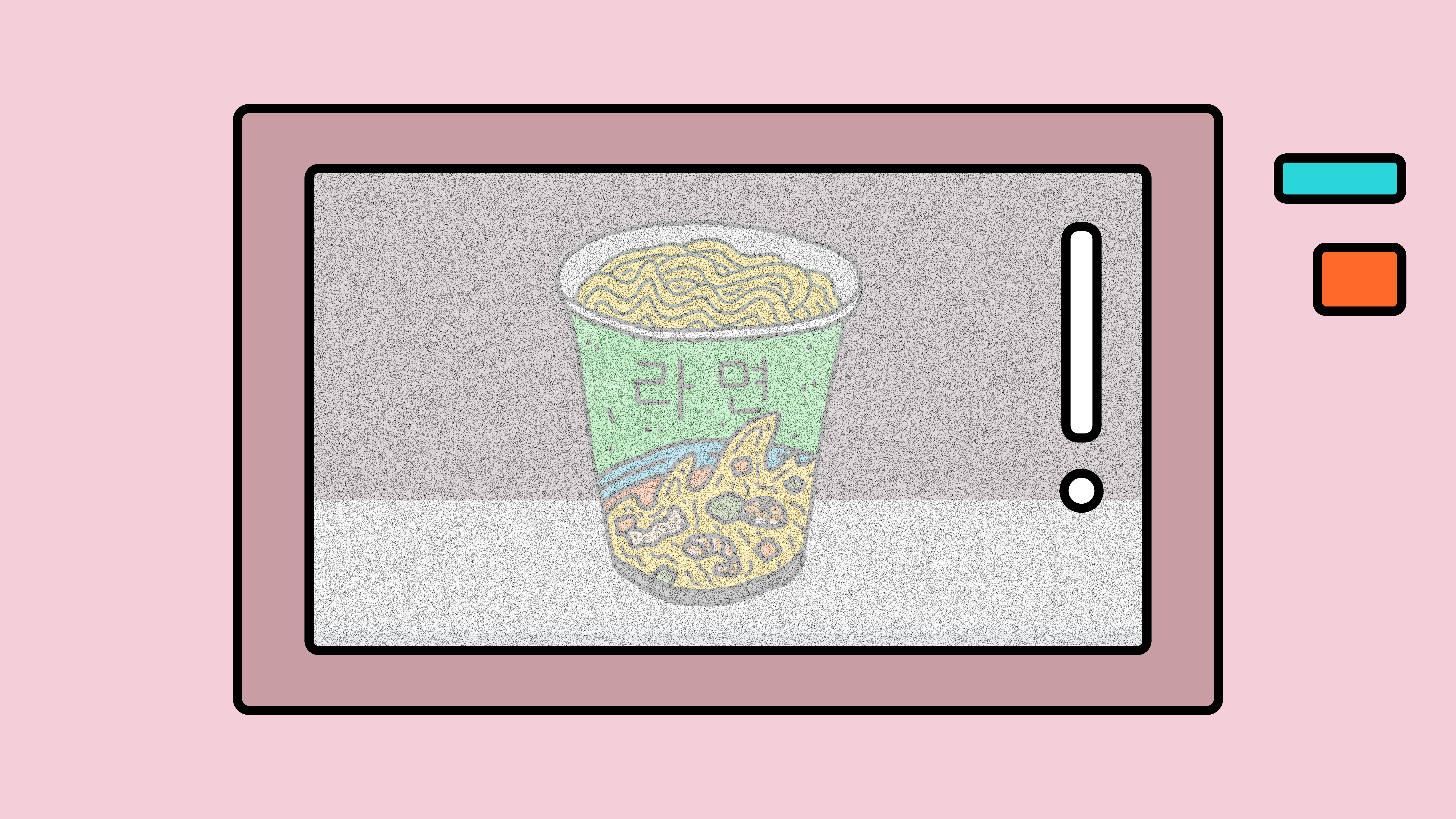 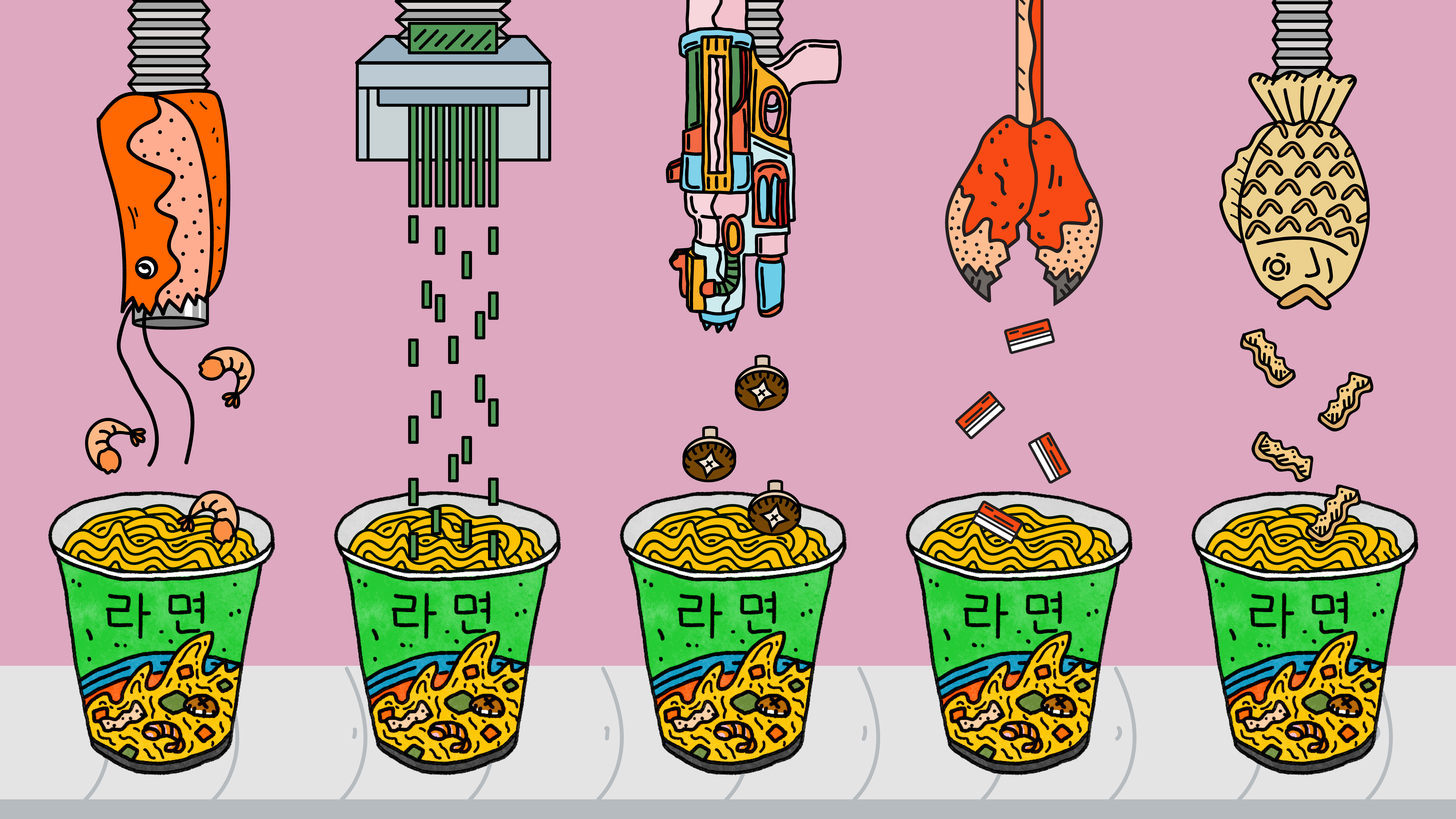 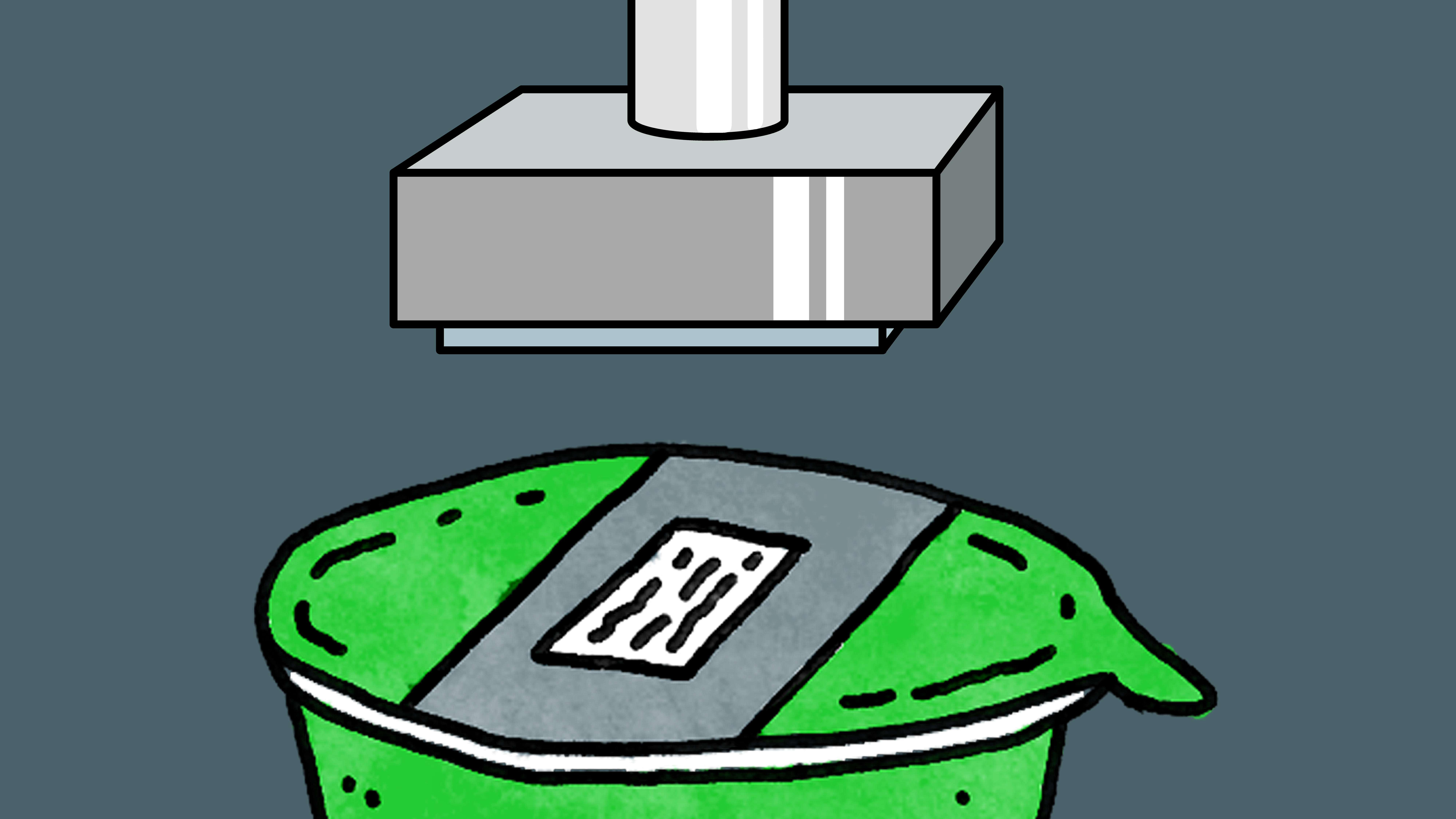 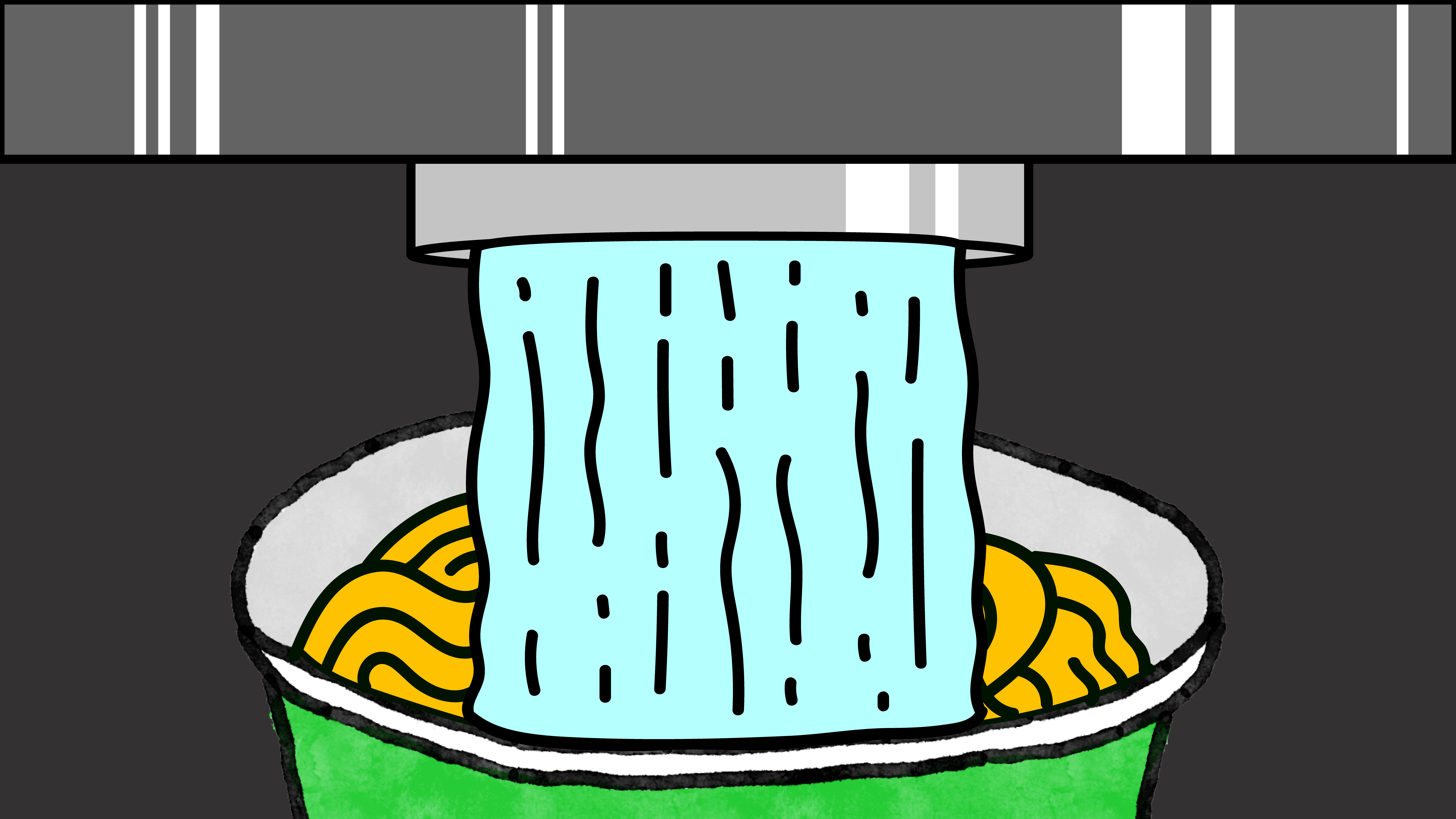 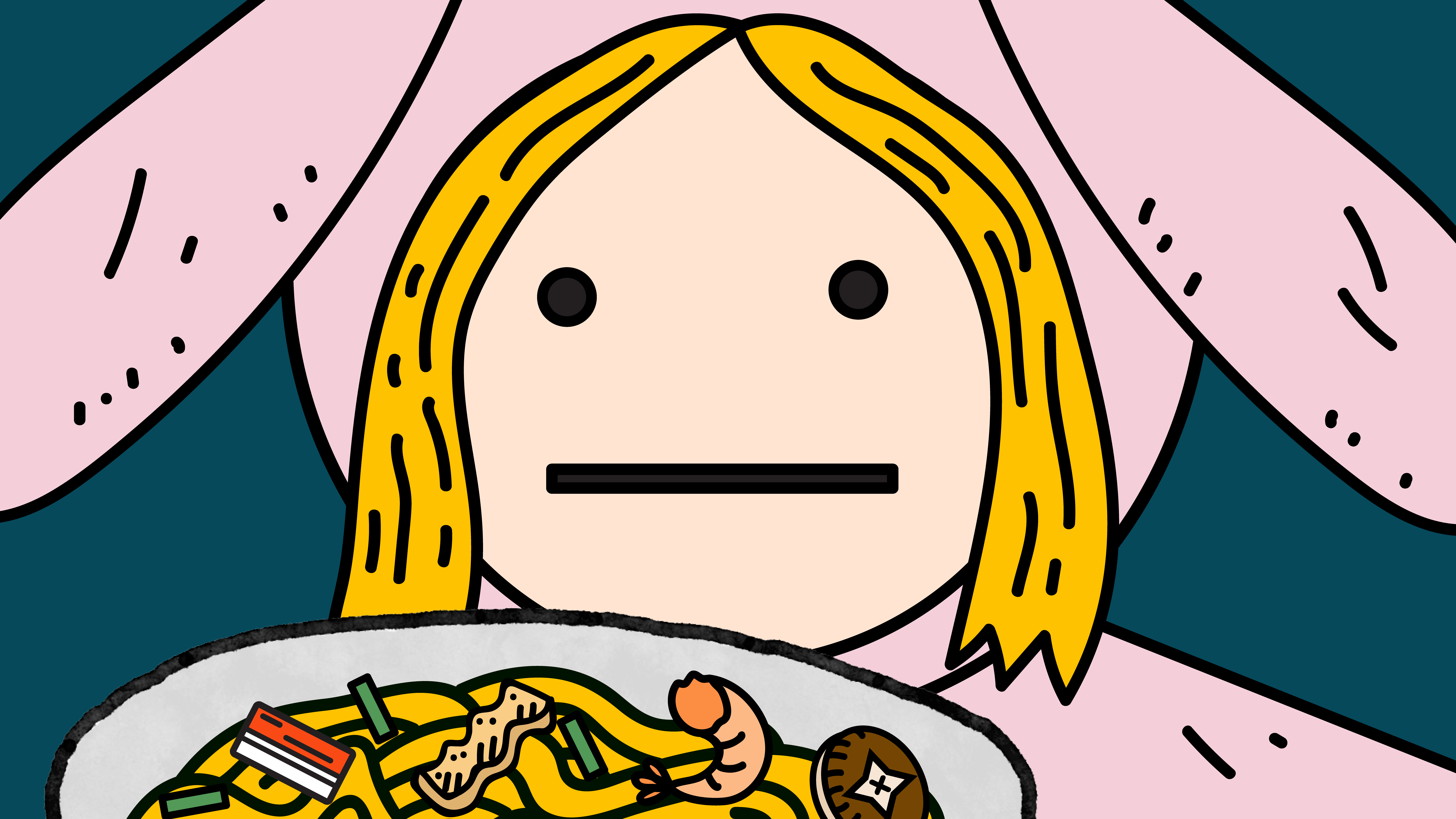