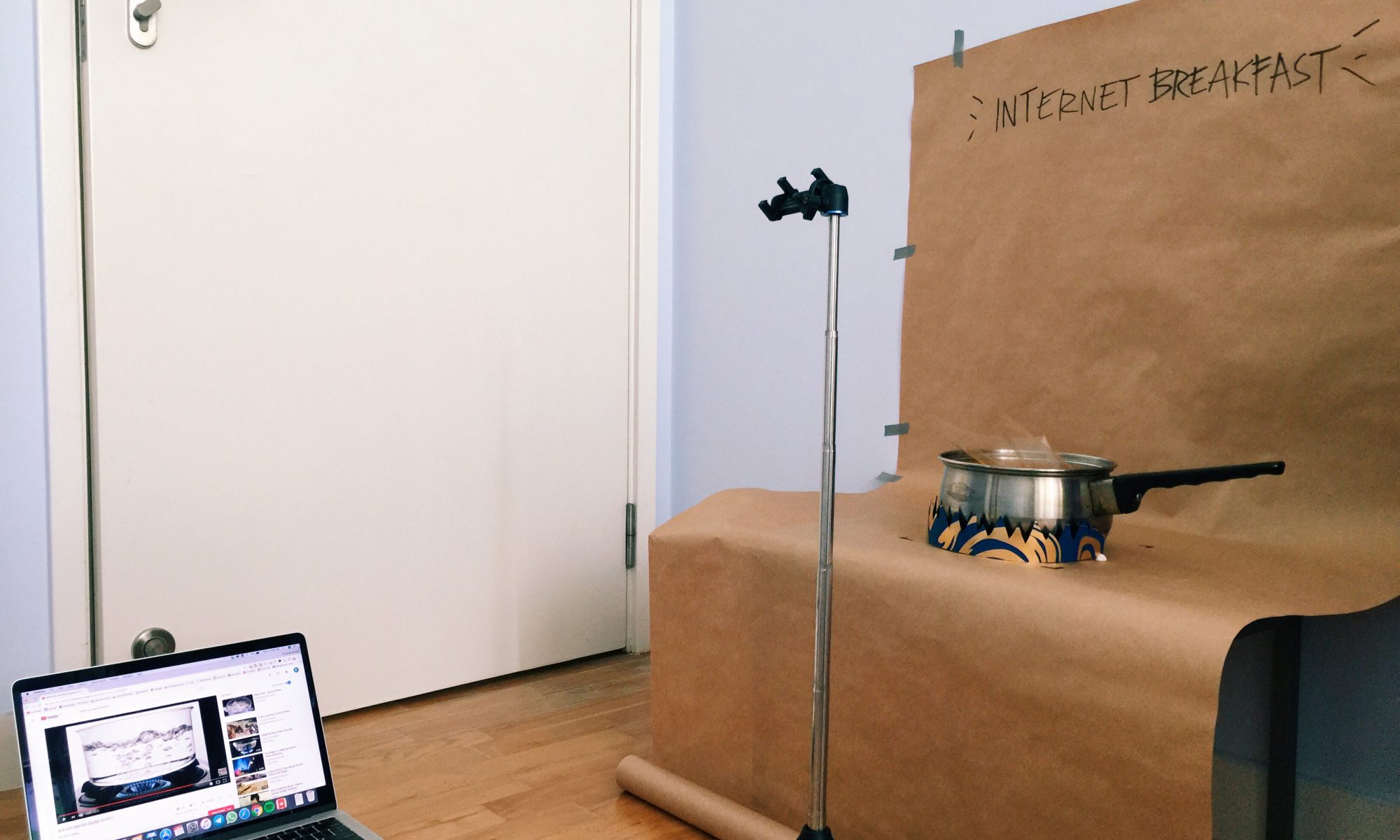 How is your crowd-sourced time-based artwork a departure from traditional art making by a single artist?

The final outcome of the work is no longer determined by myself but is affected by the viewers’ votes, who now take the role of collaborative artists rather than spectators.

How is this method of peer-to-peer social interaction as found in open-source practices a departure from traditional proprietary modes of artistic creation and production?

“The practice of DIWO allows space for an openness where a rich mixing of components from different sources crossover and build a hybrid experience. It challenges and renegotiates the power roles between artists and curators.” The control of the final outcome no longer lie solely on an individual artist but is instead distributed among other co-creators.

How is your crowd-sourced time-based artwork similar or different from the examples shown in our open-source artists discussion?

What is the role of the viewer?

Deciding what ingredients to add, leading up to the final outcome – the ultimate breakfast.

What is the content of the work and who is creating it?

The making of the ultimate breakfast, cooked by me but ingredients decided by viewers.

What is the role of the artist (in this case yourselves)?

Carrying out what is being voted.

How does this piece involve social interaction?

Cooking together with the viewers in third space.

The outcome of the work is co-dictated by the participants.

What do we mean by a collective artwork?

When an artwork is created by a group of people rather than a sole individual.

Is this work Web-specific? If yes, what does the Web enable that is unique to the medium?

Where does this work take place?

How does it change the nature of the work for the viewers to be distribute in space and time?

Space: Since they are physically apart, they wouldn’t be influenced by each others’ votes.

Time: No fixed audience. Some voters joined / left halfway through the performance.