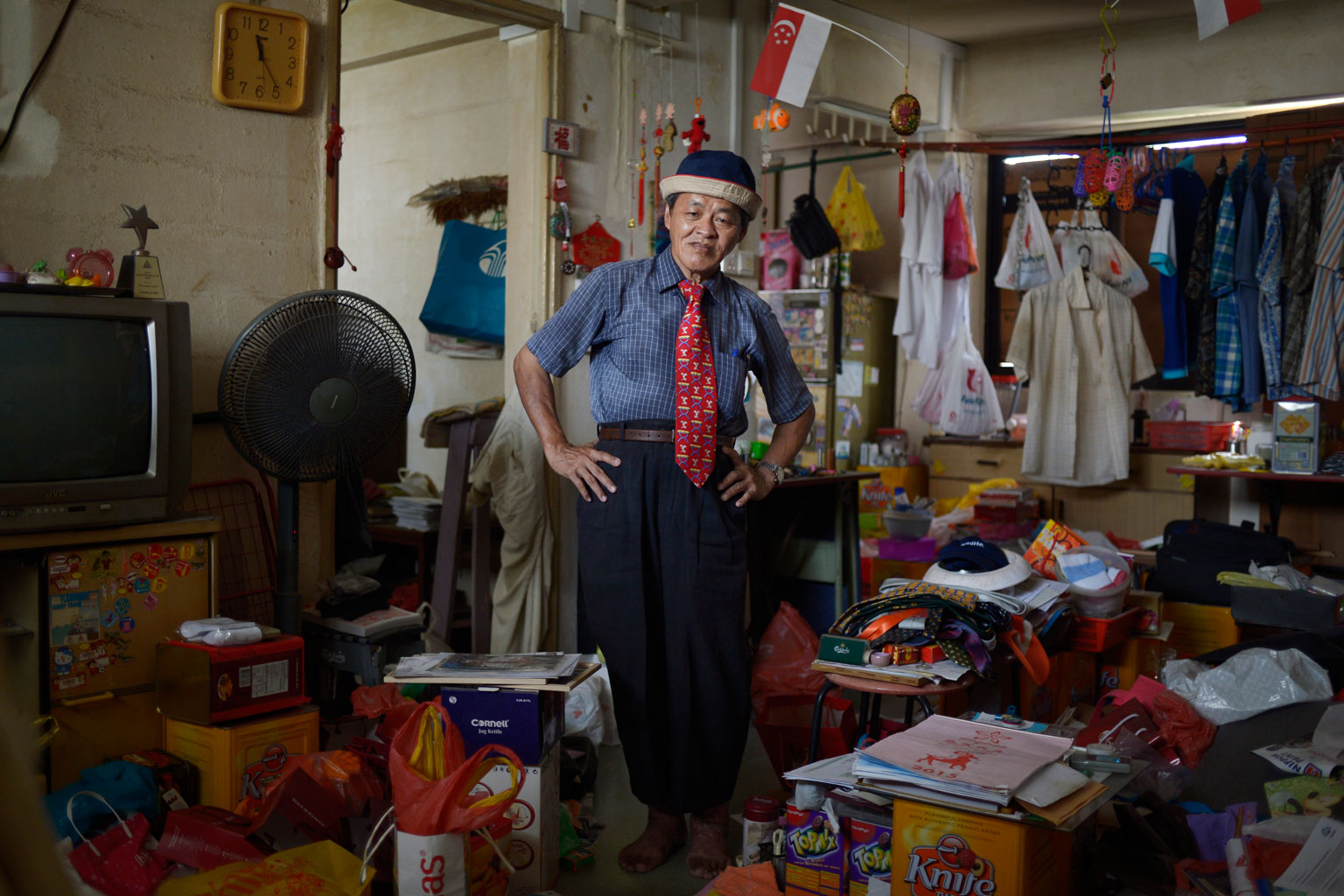 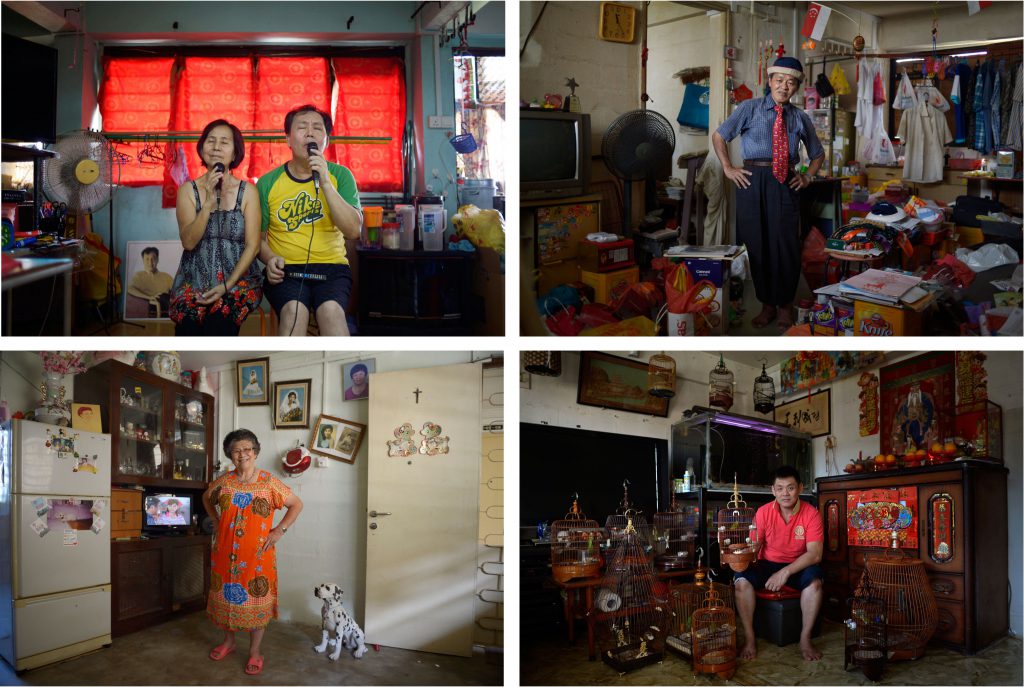 The photo series features wide shots of people in their homes, shot in a neutral angle. I was intrigued by how the objects and everything else in a place can reveal so much about the person living in it. I wanted to do the same for my assignment and thought about how I can capture my natural habitat in a way that tells a story about what kind of person I am.

She is like the flower, they are leaning against the wall in the same pose.

Her intent of photographing herself was not to make any particular statement or tell any specific story, but to create art, using the existing environment and creative ways of composing herself with it, without altering it too much e.g. adding props.

She does it with a surrealistic approach, weaving wit and irony into her compositions while she’s at it. Her poses are often weird, in a way that we see something new out of how she frames herself with other objects in the background. Sometimes we see figures, sometimes we see shapes. But what is consistent throughout is that she always seem to cleverly make use of figure, ground and lines to help us see them. I think that’s what makes her photos so beguiling. It reminds me of the cheshire cat in Alice in Wonderland where his smile is the moon and the moon is him.

Is that supposed to be Jesus Christ?

The leaf she’s holding over her back makes it look like its her backbone.

Her arms continue to follow diagonal lines of the fabric. The other lines from the corner of the wall, the light that casts a rectangular shape and the fine lines from the fabric further accentuate its aesthetic quality.

Her body and the swan forms a heart shape

What photographer Cindy Sherman said about her really stuck with me:

“She had few boundaries and made art out of nothing: empty rooms with peeling wallpaper and just her figure. No elaborate stage set-up or lights,” she says. “Her process struck me more the way a painter works, making do with what’s right in front of her, rather than photographers like myself who need time to plan out what they’re going to do.”

I think her approach towards her self portraits has got to do with the way she observe her surroundings. Her dad recounts that when she was 10 or 11, they went to the Butchers’ and she noticed that the butcher’s face looked like a lamb, and she found it ironic that he was chopping up lamb meat.

There are often blurry figures in her photographs, as a result of them moving while the camera shutter remains in long exposure. I think the presumed movement in the photographs draw the audience into what is going on in the setting.

Note: The blurry figure looks like a moving hand, and it’s larger than her face.

She often photographs herself nude, hiding her face or parts of her body in a way that blends with other structures of the background. The way she camouflages with the background is almost like creating an anti-portrait. It is as if she is portraying herself psychically rather than physically.

Note: Similarly to the cheshire cat analogy, it is as if she is the wall and the wall is her.

Note: I’m not sure what she smeared her legs with but I think it’s interesting how it stops where the line is on the wall, such that she blends in.