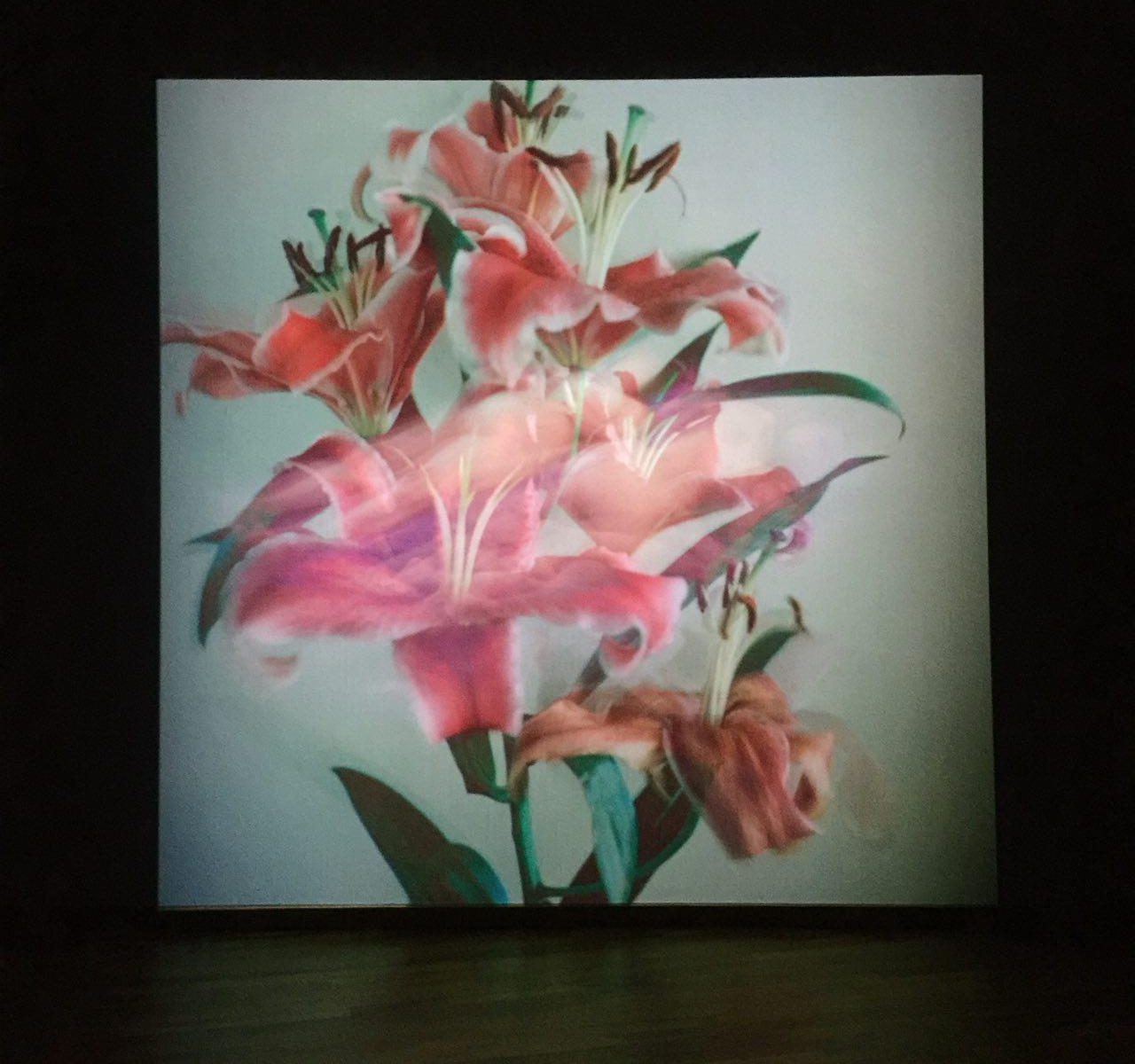 Herself and 72 various objects placed on the table in front of her.

Most of her works test the endurance of the body and seem to me a little sadistic in nature. But it is what helps her confront her abusive growing up years and gain control over her fears.

Her most iconic work, Rhythm 0, is a 6-hour interactive performance where the audience is allowed to use any of the 72 items placed on the table on her body in any way they desired.

The exhibition panel reads, “I am the object…during this period I take full responsibility.”

This intimate interaction with the audience largely divided them into those who desired to hurt her and those who protected her. As the duration dragged on to the six hour mark, some members of the audience grew increasingly violent, injuring her with deeper wounds to the point where the protective audiences tried to stop the performance.

At the end of six hours, Abramović successfully endures her performance and makes it out alive, but not without nasty cuts and bruises. I don’t think I’ll ever be able to do what she did, I really respect her for her bravery and dedication to her art.

Rhythm 0 delivers a powerful message about human nature. Similarly to how the serpent convinced Adam and Eve that they won’t be punished for eating the forbidden fruit, it seems that a person would hurt another if they were allowed to.

The lack of reaction from Abramović while enduring physical hurt in her performance makes her seem more like an object rather than human, making it easier for people to detach themselves from guilt and moral responsibility. It is like a micro revelation of bigger injustices happening in the world.

Measured time is observed by the fixed duration of 6 hours for this performance. Experienced time comes into play through watching what the audience do to her body. Time feels like it is passing slower when someone hurts her physically with an object because it can be unbearable to watch and I’ll be like oh no when is it going to end?

Naked mother and daughter, and flowers

This is her most personal work to date, about her relationship with her mother. The work explores the tensions of life and mortality.

Long exposure images of naked mother and daughter are overlayed with time lapse of oriental lilies slowly decaying. The tone of the narration sets a contemplative mood, stirring a sort of heart-wrenching feeling as the audience allow the words to sink in.

My interpretation of this work is that it is playing on the juxtaposition of distances. We see mother and daughter closely lying on the bed together. But the narration suggests that her mother’s hurtful words makes her want to increase the distance between them.

The element of biological time comes into play through the time lapse of the oriental lilies decaying over time, possibly a metaphorical representation of her deteriorating relationship with her mother.