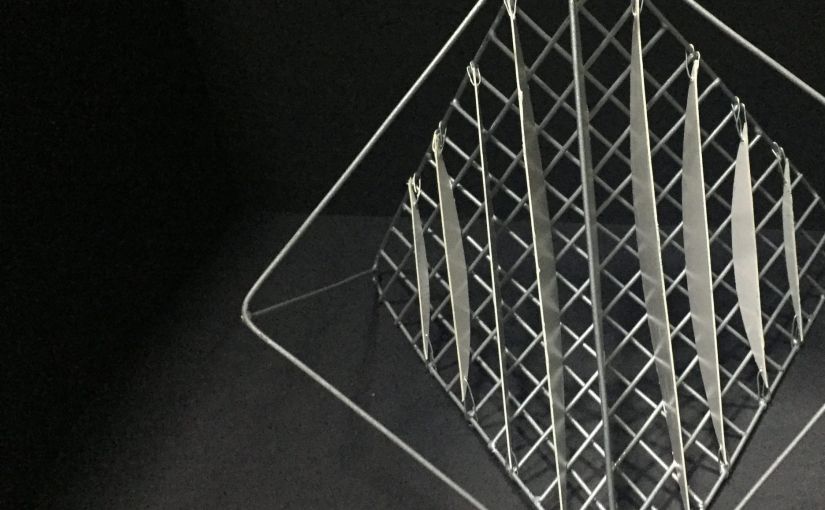 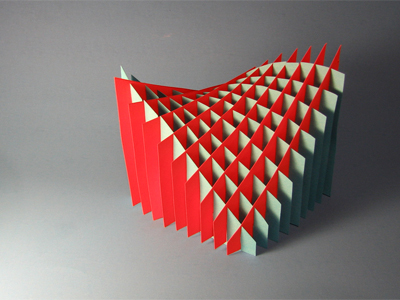 In class, we learnt that the planes don’t have to be flat. The sculptures made by Naum Gabo and Antoine Pevsner are some examples that consist of curved planes. 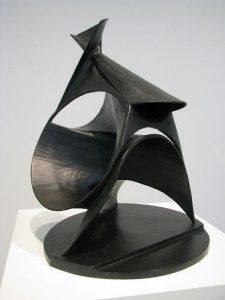 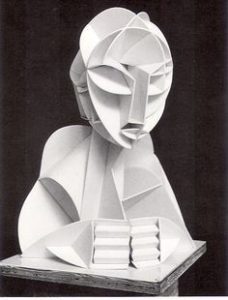 I thought that the idea of using straight lines to form a curve was interesting. There was a picture of a sculpture similar to this being shown in class but I couldn’t find a picture of that sculpture. 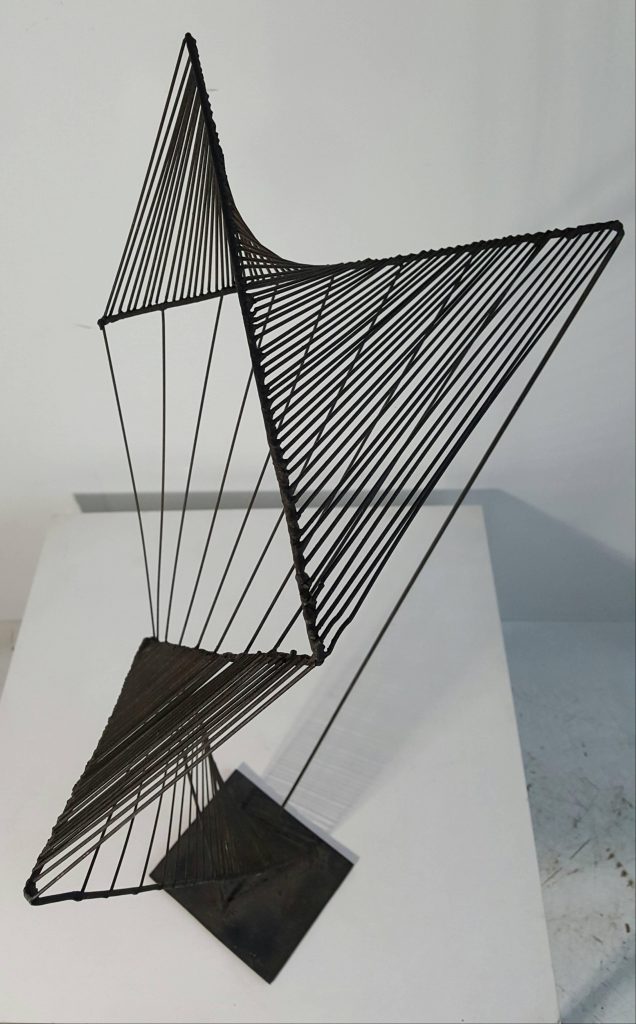 At first, I wanted to use the letters from my name to form the model.
I made a small model using paper to see if it works, then I did a larger model with cardboard. 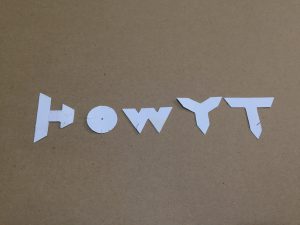 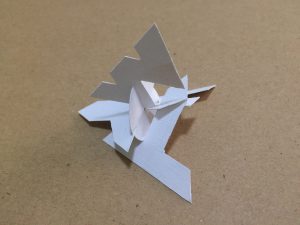 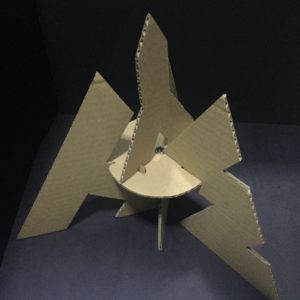 After I realised that we were suppose to use basic geometric shapes for the planes, I tried experimenting with the different shapes and arrangement using paper. 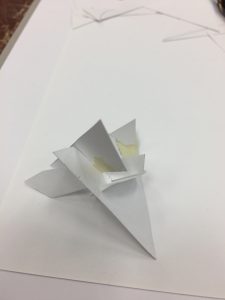 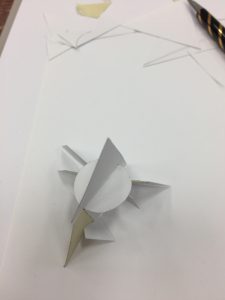 I wasn’t satisfied with what I made and since it wasn’t done with proper measurements, it would be difficult to replicate it with cardboard. After researching, I decide to make a sliceform model so I tried it using paper again. 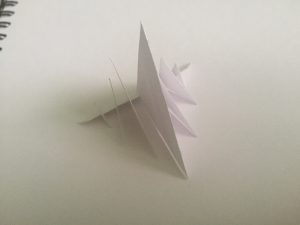 The model ended up looking symmetrical and boring so I thought of making it look different from every side. I wanted it to show a square, circle and triangle on each side. It was difficult to do this with the small model so I made a larger one with cardboard. 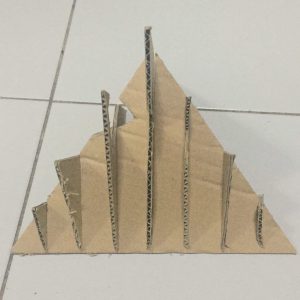 As I had to make sure the model only took up the volume of the tetrahedron, I couldn’t really vary the shape of the model so I decided to cut up the shapes instead. I also tried to include a curved plane into my model. 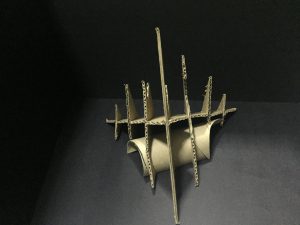 I tried to use blutack on a small wire model to figure out how to make the curve using straight lines as blutack can stick on to the wire without glue. When it worked, I did it with wires on a slightly larger wire model. 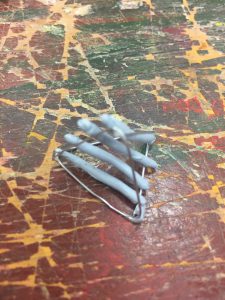 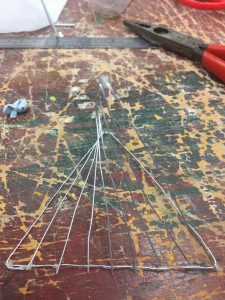 I wanted to use the idea of making the model look like a square, circle and triangle on each side since I could break free from the tetrahedron structure for this model. I found out that a tetrahedron can fit into a cube and decided to work on that idea and extend the tetrahedron. 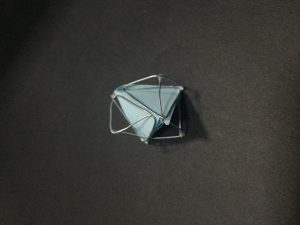 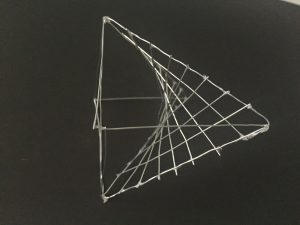 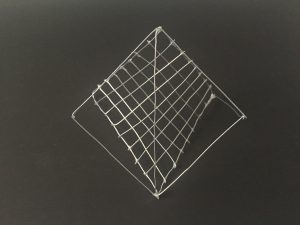 I liked how it looked so I decided to make a larger wire model and soldered to wires together. Then, I realised that there weren’t any planes so I added so planes that were similar to that of my sliceform model but tried it on the smaller model first. I found that it kind of puts emphasis on the curve made by the straight lines. I tried putting the planes on the outside and inside of the model but it didn’t look as interesting when the planes were outside. 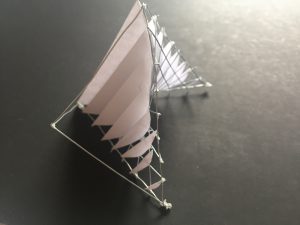 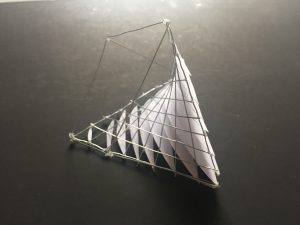 As I felt that there wasn’t a disintegration, I tried making smaller models to add on to the larger models but they didn’t seem to fit and looked like there was too much going on. 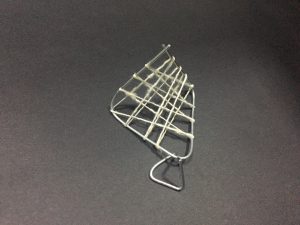 In the end, I just left it as it was and didn’t add the smaller models. 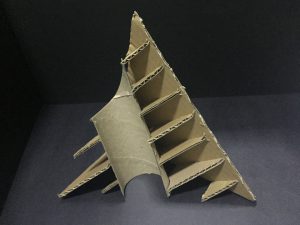 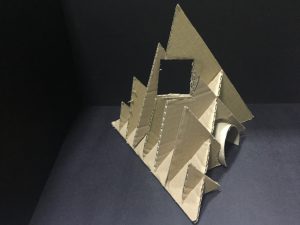 The final model is a sliceform model of a tetrahedron with cutouts that form a square and a circle. It also includes a curved plane. 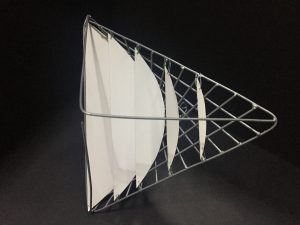 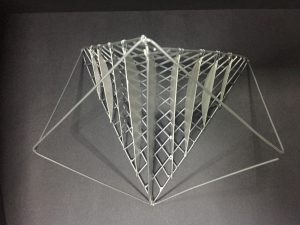 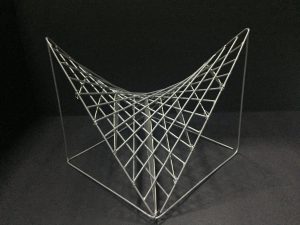 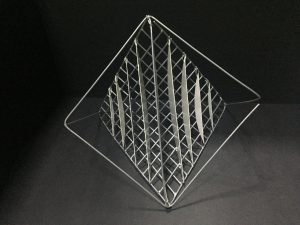 The final model looks different from every angle and still uses the idea of the sliceform from the planar model. It is breaking away from the tetrahedron structure. 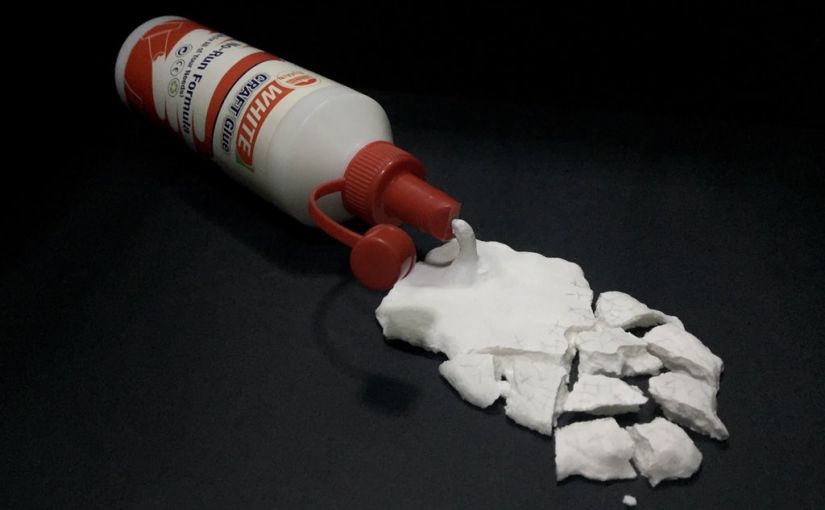 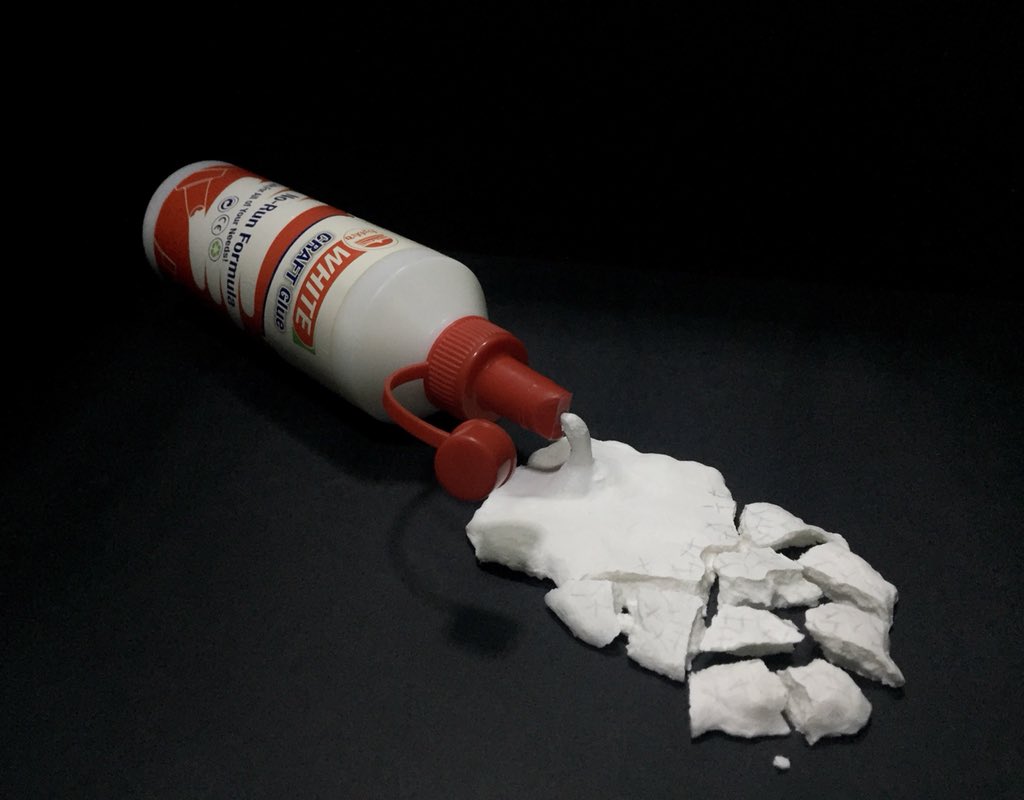 The job of the glue is to fix things but what if the glue itself is broken? Helping others is great but have you ever wondered if you yourself need help as well? Like the glue, in order to fix other things, you have to first fix yourself.