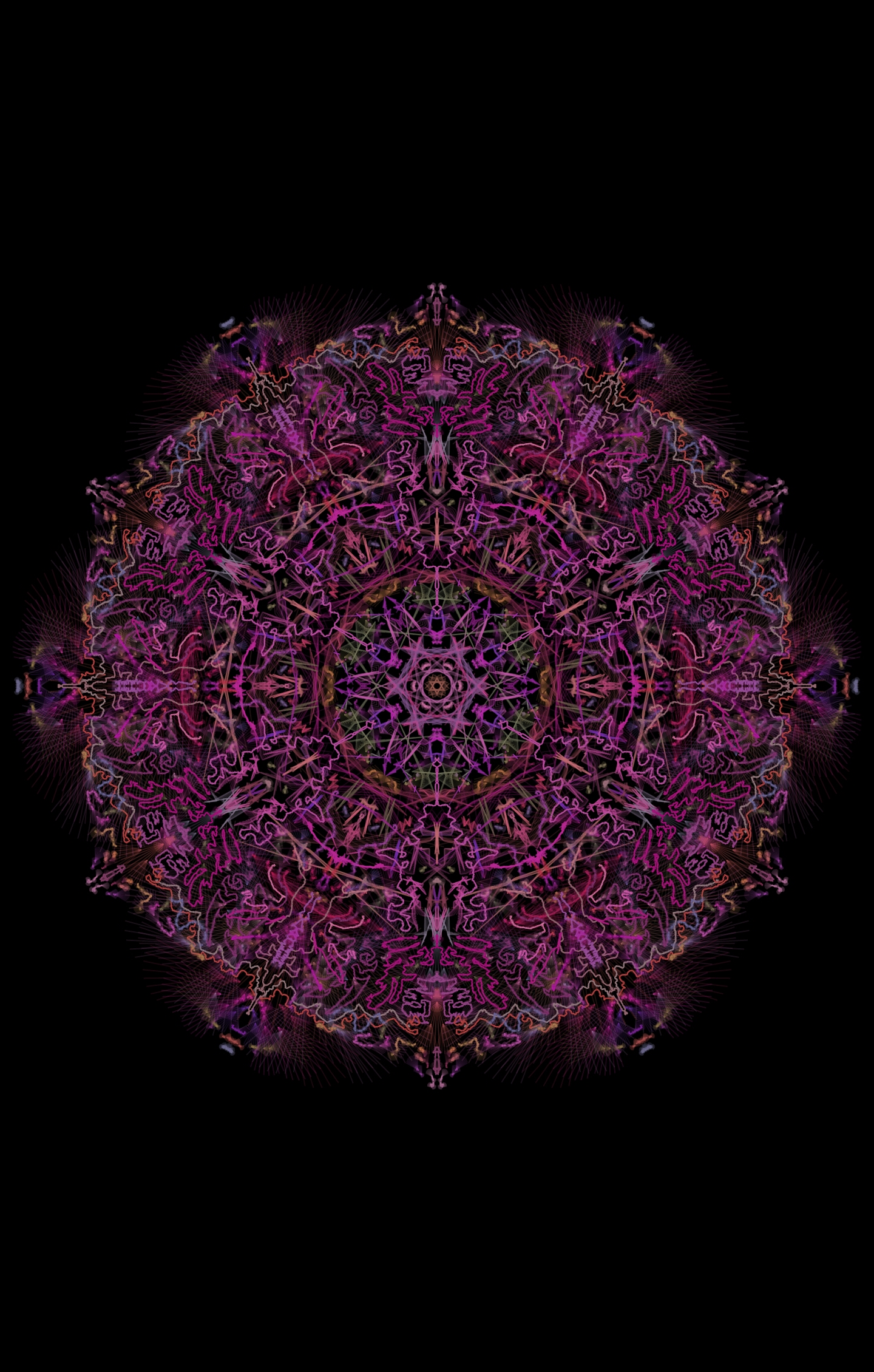 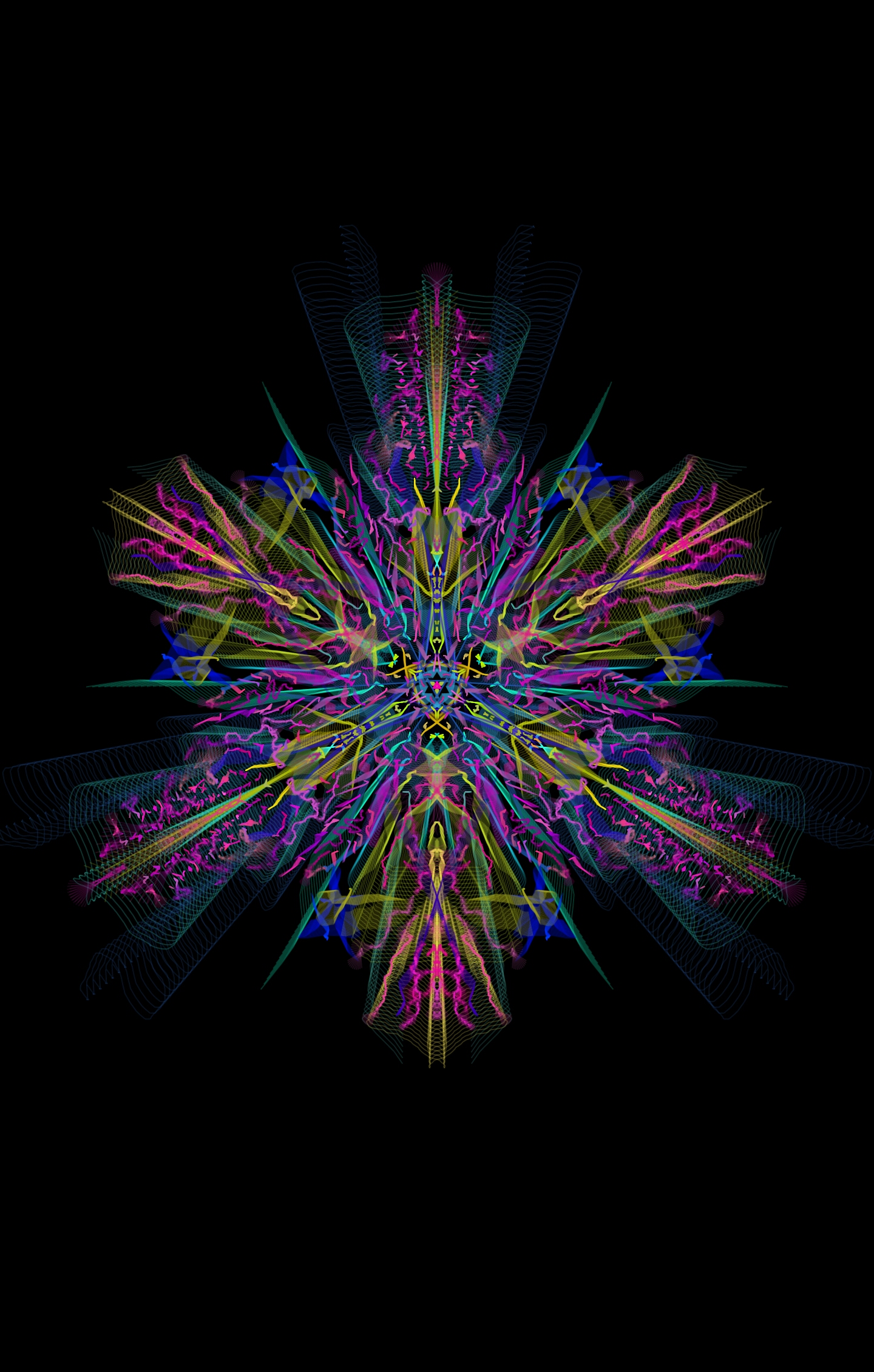 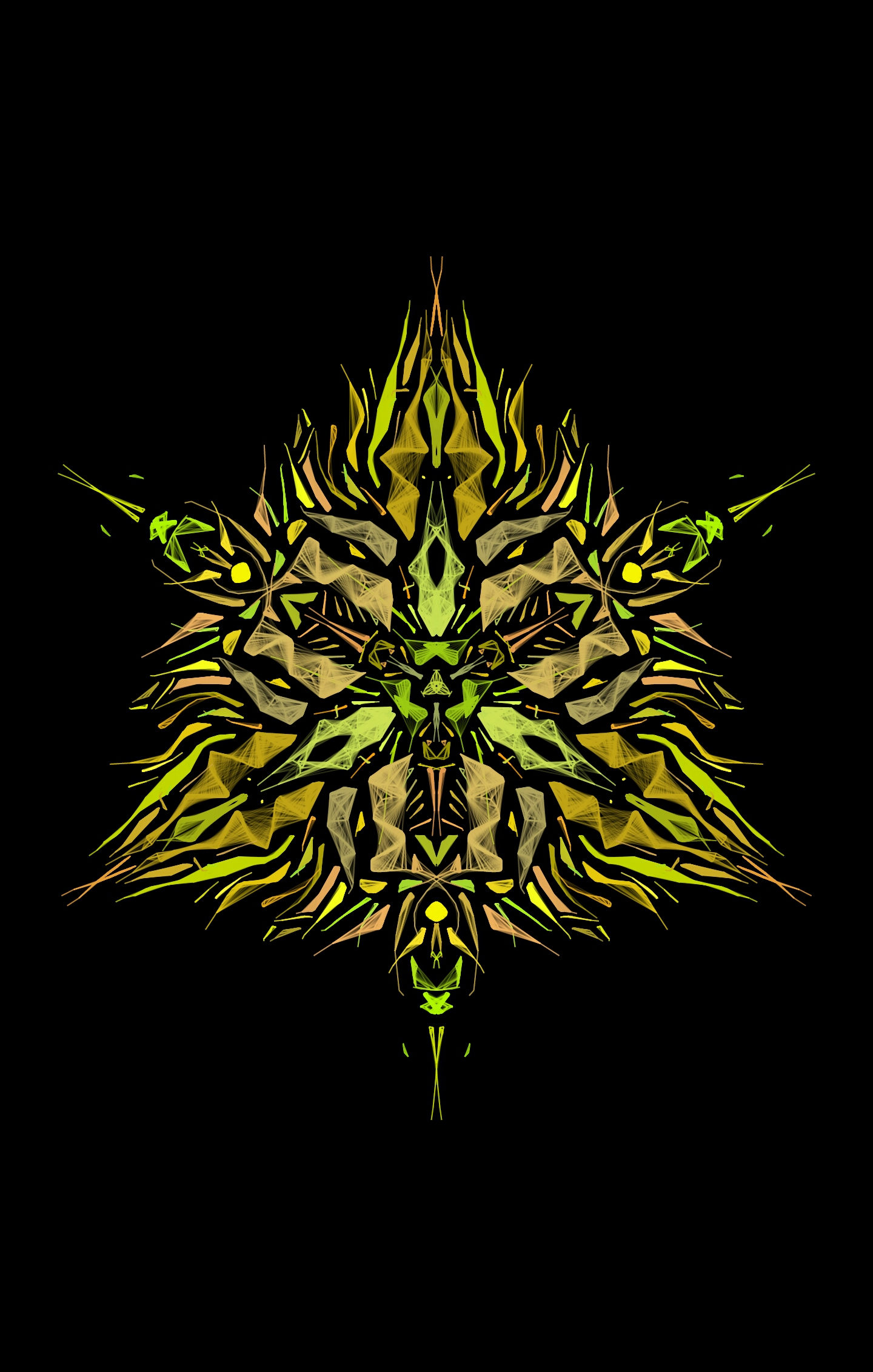 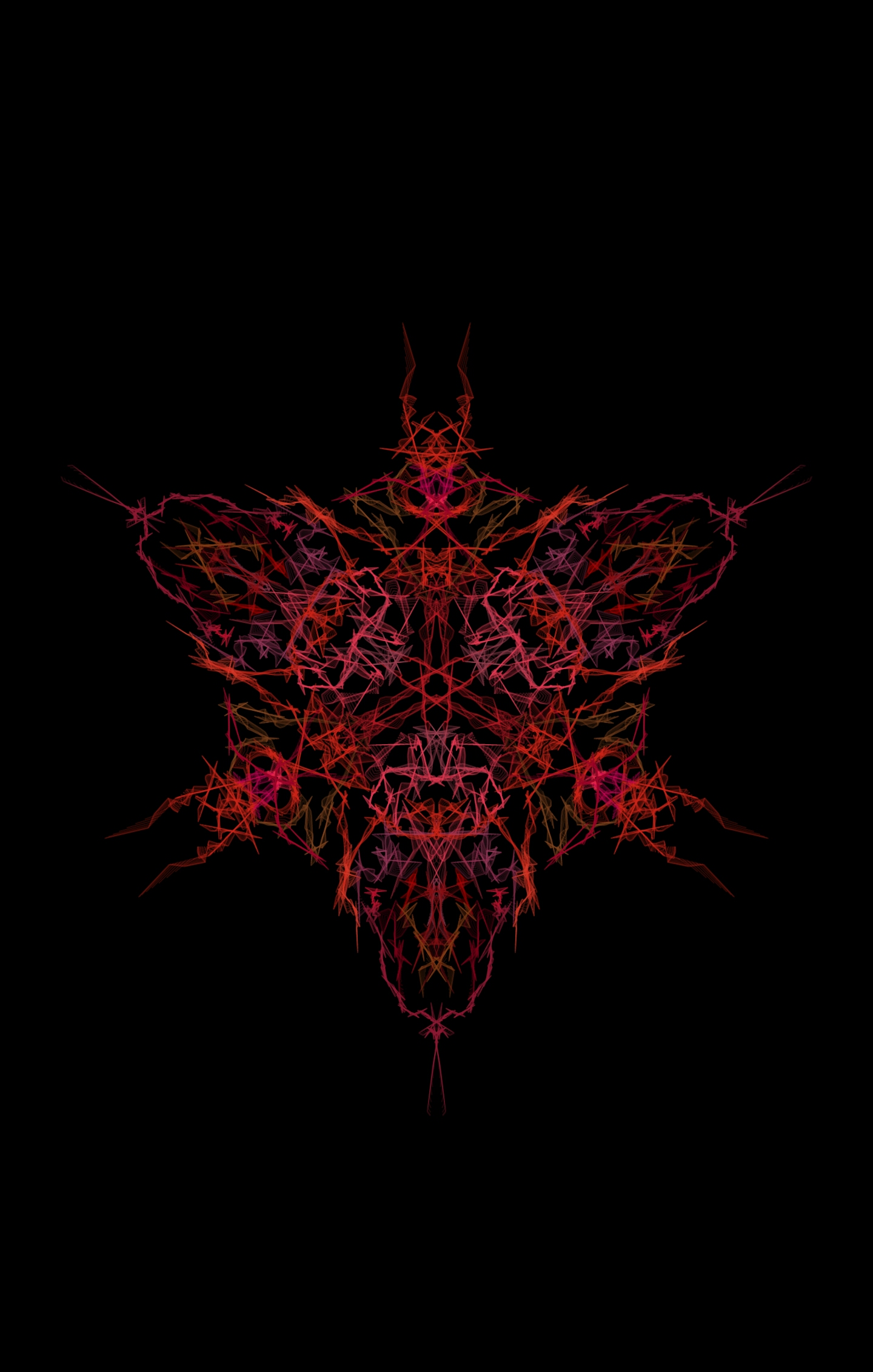 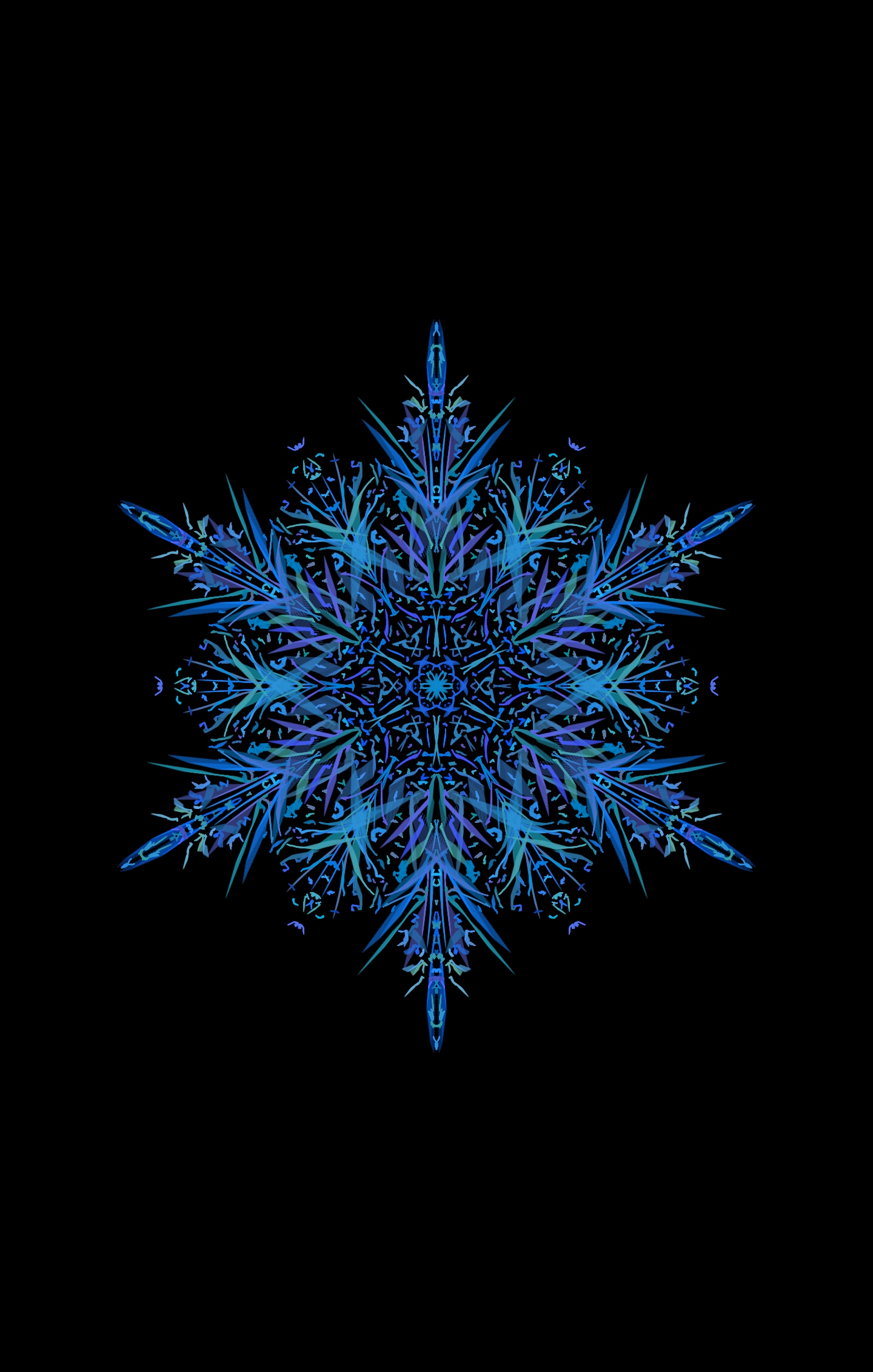 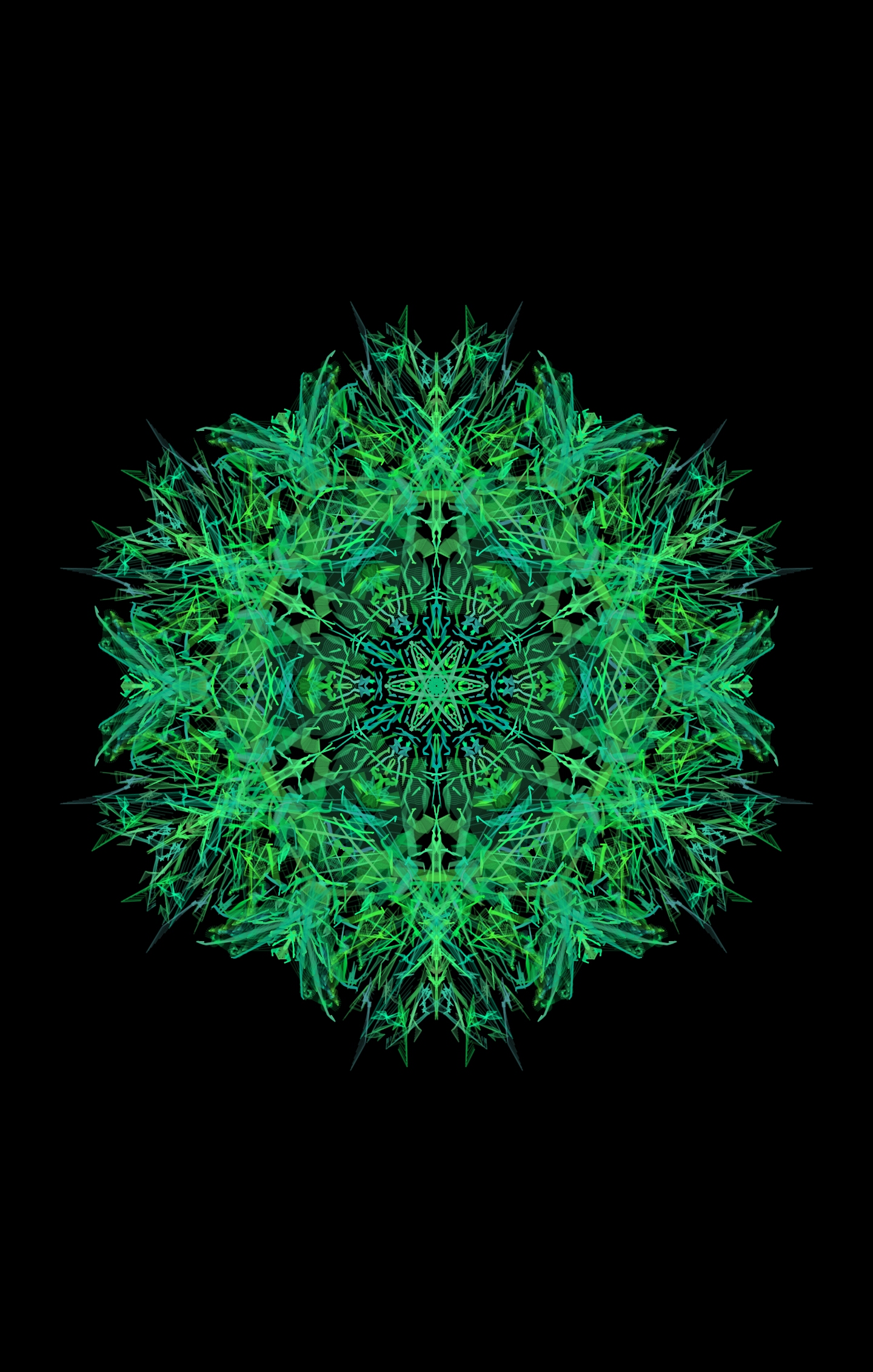 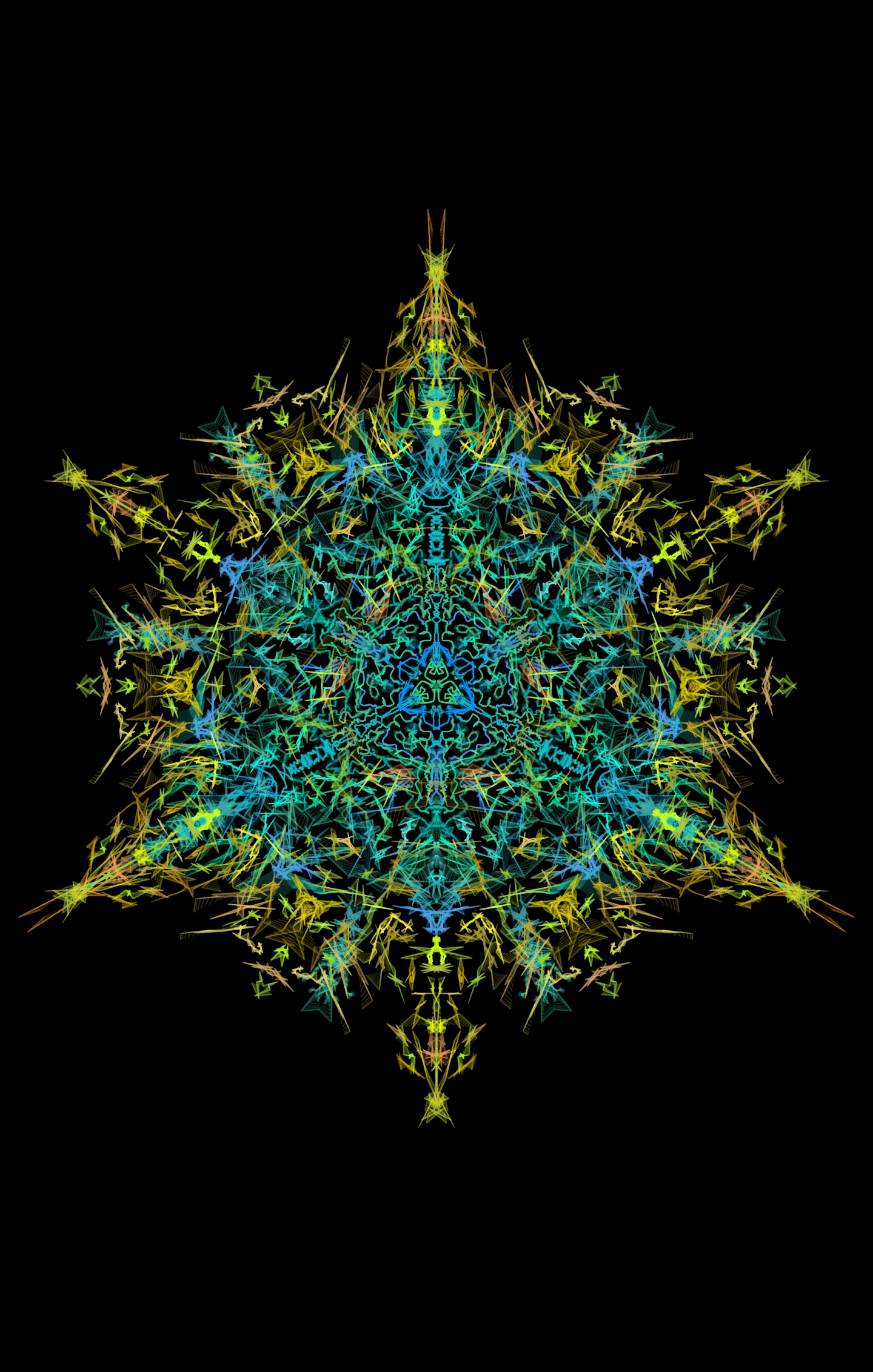 After the previous experimentation with photo-manipulation, I decided to turn toward a more abstract direction of digitally created, vertically symmetrical patterns. On the concept of cities, mandalas have often been said to be ideal city plans, with the core, or nexus, right in the centre, and extensions radiating outward on all sides, fluidly as though a flower in bloom. This attempt at representing the natural with the artificial, is also akin to the concept of cities and nature because they are in some sense an amalgamation of natural and artificial, with manicured lawns or built park layouts and artificially created locations where flora and fauna are implemented, and the hand of man is clearly seen even in urban natural spaces.