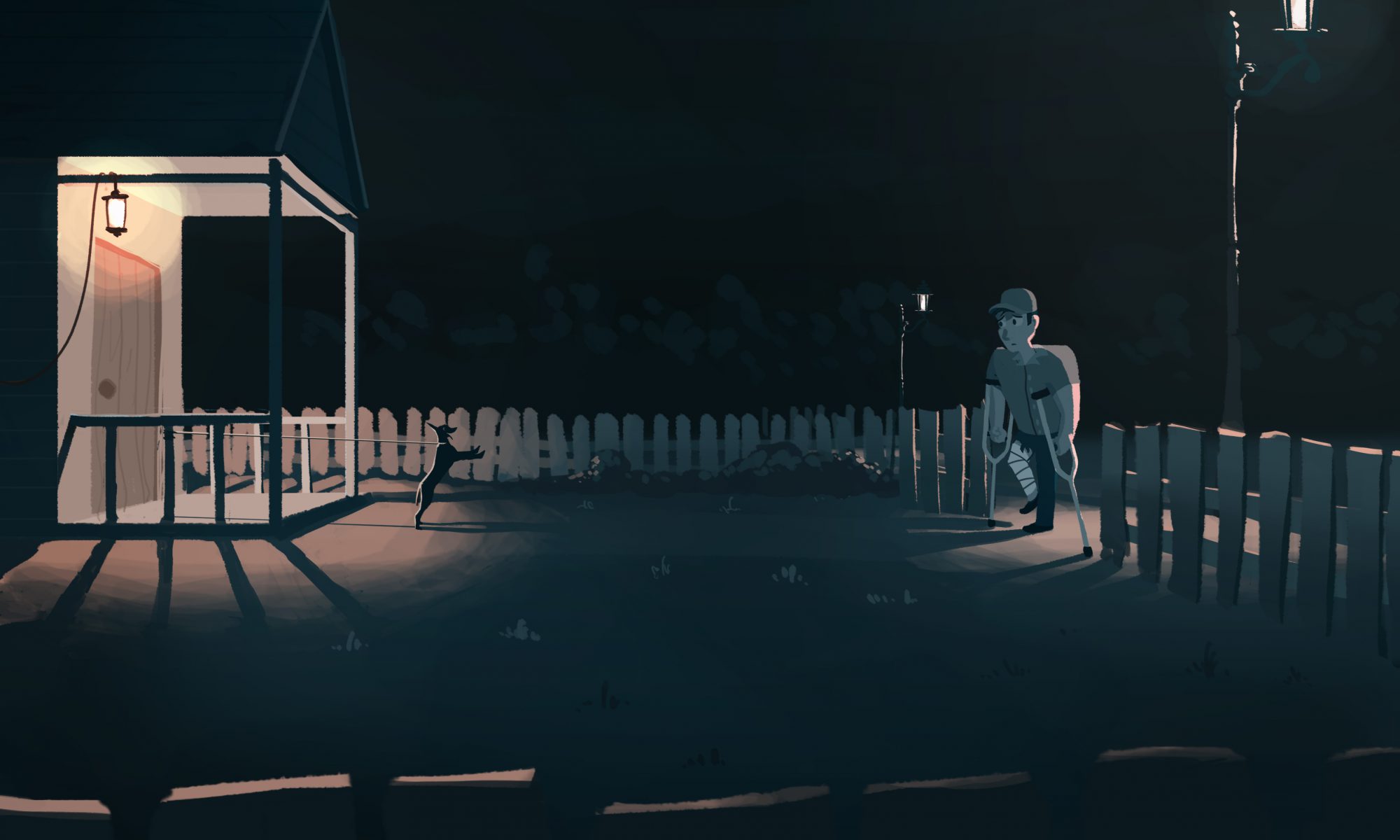 For this assignment, we were tasked to tell a story with a single image that explores fear (phobia).

Instead of having the postman running away, I made him fall on the ground, desperately struggling to back away from the dog, which exaggerates the sense of fear in him he has. The clinic door is also open to show more clearly he had just exited from the clinic.

Phobia – A persistent fear that is excessive or unreasonable (Expressed by a large man afraid of a small puppy).

In western culture, it is a common cliché for dogs to bark, chase or attack postmen.

Cynophobia – The fear of dogs

To me, I see fear as a portrayal of dull colours, which makes a scene gloomy, lifeless, and a sense of darkness surrounding the individual. This can be accompanied by a strong source of light which can be cast on the character to show his expression of fear during a close-up or just the character in general in the huge space of darkness.

A big-sized postman exits the clinic, after being treated for a dog bite during his shift earlier in the day. He sees a small puppy and falls to the ground as he frantically tries to back away.

I changed the lighting of the b&w image for the coloured version as it didn’t work well with the emotion I wanted to portray. I restricted myself to the use of two colours as I wanted the scene to be less ‘distracting’ and direct the viewer to the main focus of the scene. Dark blue is used to portray a gloomy effect and a complimentary orange is used for the light source.

The postman heads home, his pet dog is excited that he is finally home after being leashed at the porch all day. He stops at the gate.