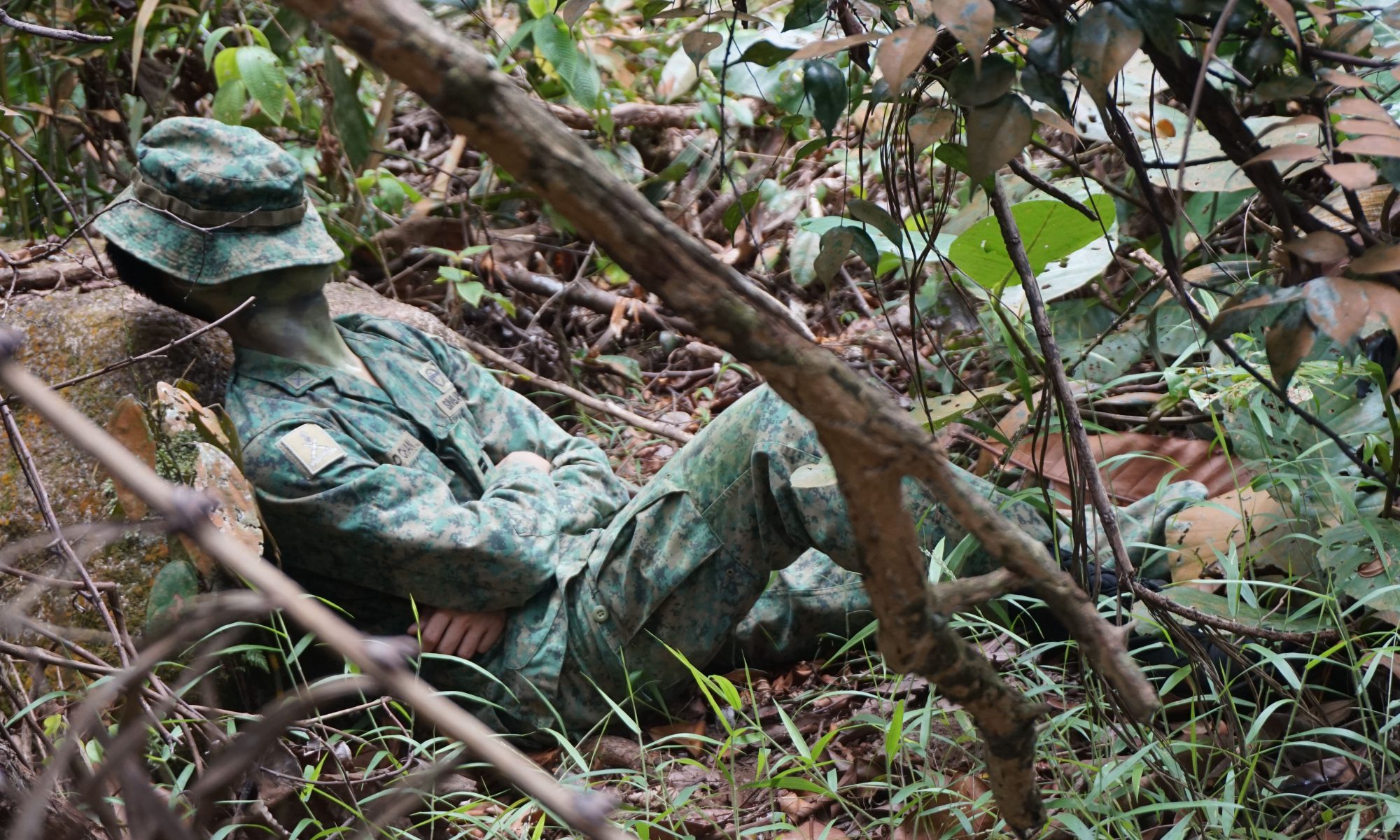 Our first project was to study how manipulative techniques such as framing, cropping, subject distance, and vantage point can affect the audience’s perception and interpretation of an image.

I wanted to show that I have a deep connection with the rainforest, from using the foliage as cover, getting comfortable taking a nap on the forest floor, and enjoying the long walks under the canopy.

The Swiss Army Knife which has been with me ever since I enlisted, I have used it mainly to dig out camouflage cream from my fingernails, and to carve walking sticks that have helped me greatly when I was trekking through the rainforests and climbing the mountains of Brunei. Unfortunately, it did not have a chance to slaughter any kind of animal.

My home for most of my cadet life, the rainforest brings back both fond and painful memories, from the good times I shared training and ‘camping out’ with my buddies, and the not-so-good times of tough training and mosquito bites. In order to capture a sense of how vast the forest is around me, I used mainly wide angle and long shots.

I really enjoyed my time training in the rainforests when I was in the army, both in Singapore and during overseas training, doing this project made me reminisce those good old days.

The main concept around my project was to ‘Go Green’, to put on the uniform, apply camouflage cream on my face and head straight into the rainforest. The idea for my photo series was to make it look as if it was a documentation of a soldier trekking through a jungle.

As everything was mostly green, and so was I, I had to find a way to make the subject (me) stand out, which was why the rule of thirds was heavily emphasized in alot of my photos. I also used the idea of foreground, mid-ground, and background elements to give a better sense of depth of the foliage around me.

I was inspired by the opening scene of Dawn of the Planet of the Apes for one of my shots, an extreme close up of the subject’s eyes. The mouth is excluded so the audience’s attention is focused solely on the eyes. This was the first shot that immediately came to mind when we were first briefed on the project. 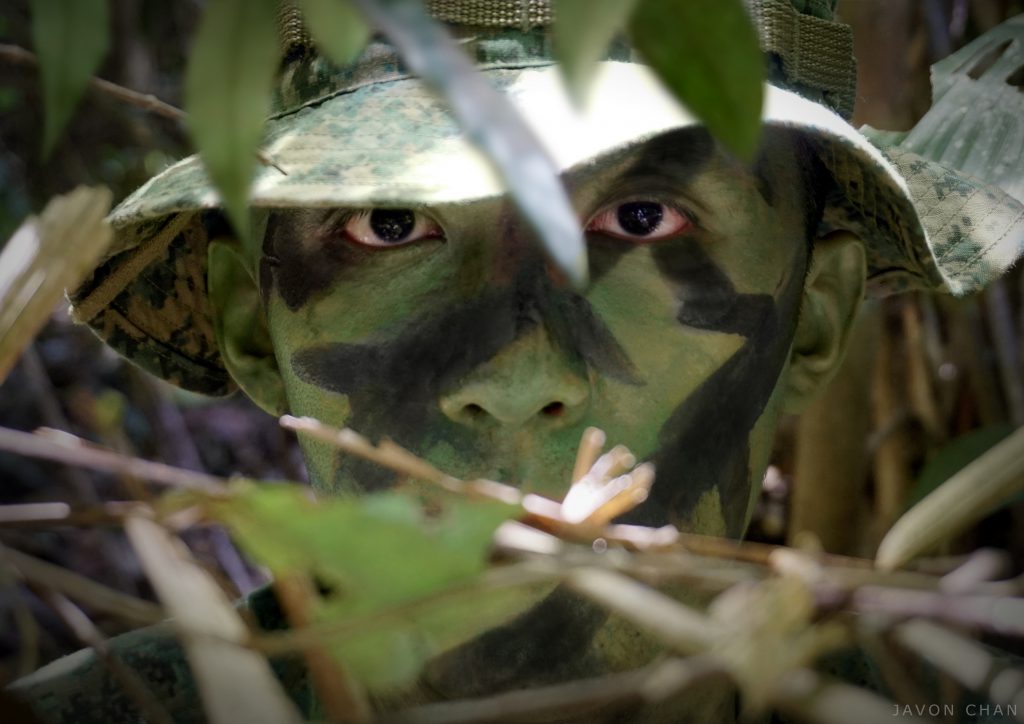