After reading into Manovich’s book, I actually find myself agreeing with Manovich that database is just a continuous loop between the user input and the computer’s algorithms. The lack of a cause-and-effect trajectory does in fact makes the works look like just a collection of items where each item having the same level of importance as the other. When this happens, it does not matter whether or not additional information is added in as it does not have much of an effect on the work. This is when narratives comes in and provide some sort of flow and excitement to the data. In today’s day and age, everyone has really short attention span, which is why if the work is unable to catch the viewer’s attention within 10s, the viewer moves on. It is important to include the narrative as without it, it will be just a slide show of a bunch of boring information. Hence, I agree that the narrative engages the viewers and intrigues them to want to know how it starts and ends and at the same time able to communicate whatever data the database wish to communicate.

What intrigues me most is that in this digital age, where technologies assist instead of restrict, it is possible to create difference interfaces on the same material with new media. This creates something revolutionary in which the new media object consist of one or more interfaces to a database, hence creating a multidimensional immersive experience that is different from the traditional art with a single interface constructed. Hence, with this new formulation, as stated by Manovich, the user of a narrative is traversing a database, following links between its records as established by the database’s creator.

Another thing brought up is that the words “interactive” and “narrative” have been loosely coined and defined causing them to seem all-inclusive, many people then do not understand that there are criteria to meet in order to consider the work a narrative work. Theorised by Manovich, interactive narrative can then be understood as the sum of multiple trajectories through a database. However, apparently according to literary theorist Mieke Dal, merely trajectories are not enough. He states that narratives requires both an actor and a narrator, text, story and fable, and its content should not be a series of connected event caused by the user. However, I feel like that is little too specific and a narrative should just be a series of event with at least one climax. I feel like there is a possibility to have multiple actors and the content should be a collection of event experienced by the users which is what the use of interface is for and making the work interactive between the computer snd also potentially other players. However, that is just my own thought as I believe that a narrative can be multidimensional and does not have to be that restricted by these “rules”.

Lev Manovich’s “The Database” from The Language of New Media 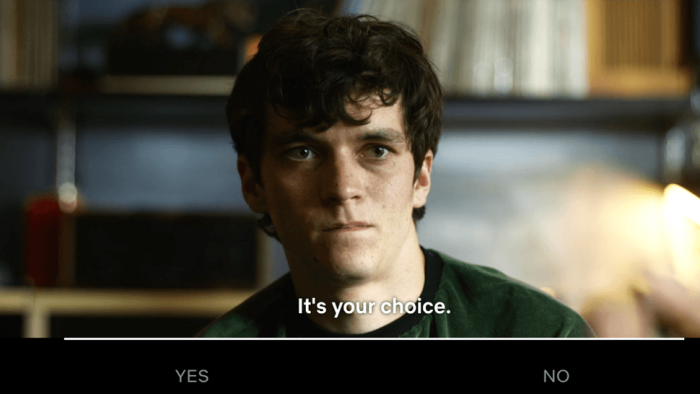 Interactive narrative, or interactive storytelling, is defined as the art of telling stories enhanced with technological, social or collaborative interactive features to offer content adapted to new behaviours in a rapidly changing cultural ecosystem.

Simply put, it is made believed to the audience that in the virtual world, the audiences’ click, touch or scroll can significantly alter the storyline of the project. It feeds into the needs of human nature to be in control of what they are exploring in front of them and the act of self expression.

The most common example of projects containing database and interactive narrative are games. I myself have been engaging in this mobile application developed by Will Wright called “SimCity” for almost 2 years. It is designed to lead the users and to educate them on the underlying model of the game. This means that users will make their own decisions at the start, but if they do not align with the model of the game, the game will prompt problems to “force” users to change their choices. For example, user can build lots of buildings but little roads, the game will have the game  will suggest traffic congestions and angry citizens that are not willing to pay tax money. Users are then guided to upgrade more roads and build leisure parks to enhance the welfare of the citizens. This game is a good example of using database and interactive narrative to support long-term player engagement as it contains a complex but ultimately transparent model of how the city works.

Another game example is Choices by Nexon and Episode by PocketGem. These applications have a range of interactive games within them. Some are collaborations made with singers like Demi Lovato, allowing fans to form friendships with Ms Lovato or possible relationships. The audience can spin the storyline however they like with no real life consequence and immerse themselves in an experience they could probably never have in the real world.

A newer example of projects integrating interactive narrative are films. As time goes by, the media outlets have caught onto the consumer’s need of control. The most exciting development from the mass media is Netflix’s interactive drama/ thriller series special called Bandersnatch from Black Mirror. It allows watchers to make decisions for the protagonist through his journey of app development and along the way, tempts viewers with bad but influential friends, drugs and many taboo factors. To keep it interesting, Netflix introduces a large range of endings and you are allowed to watch the series over and over again at Netflix’s recommended checkpoints in the show so that there is no need to restart again. Bandersnatch is a really huge step for the media industry as traditional films always has a decided endings, and the show also managed to reach an even larger audience which includes those who do not consider themselves gamers. The series was so successful that Netflix will be introducing more interactive shows in the future. Here is a breakdown of how Bandersnatch’s endings (spoilers): 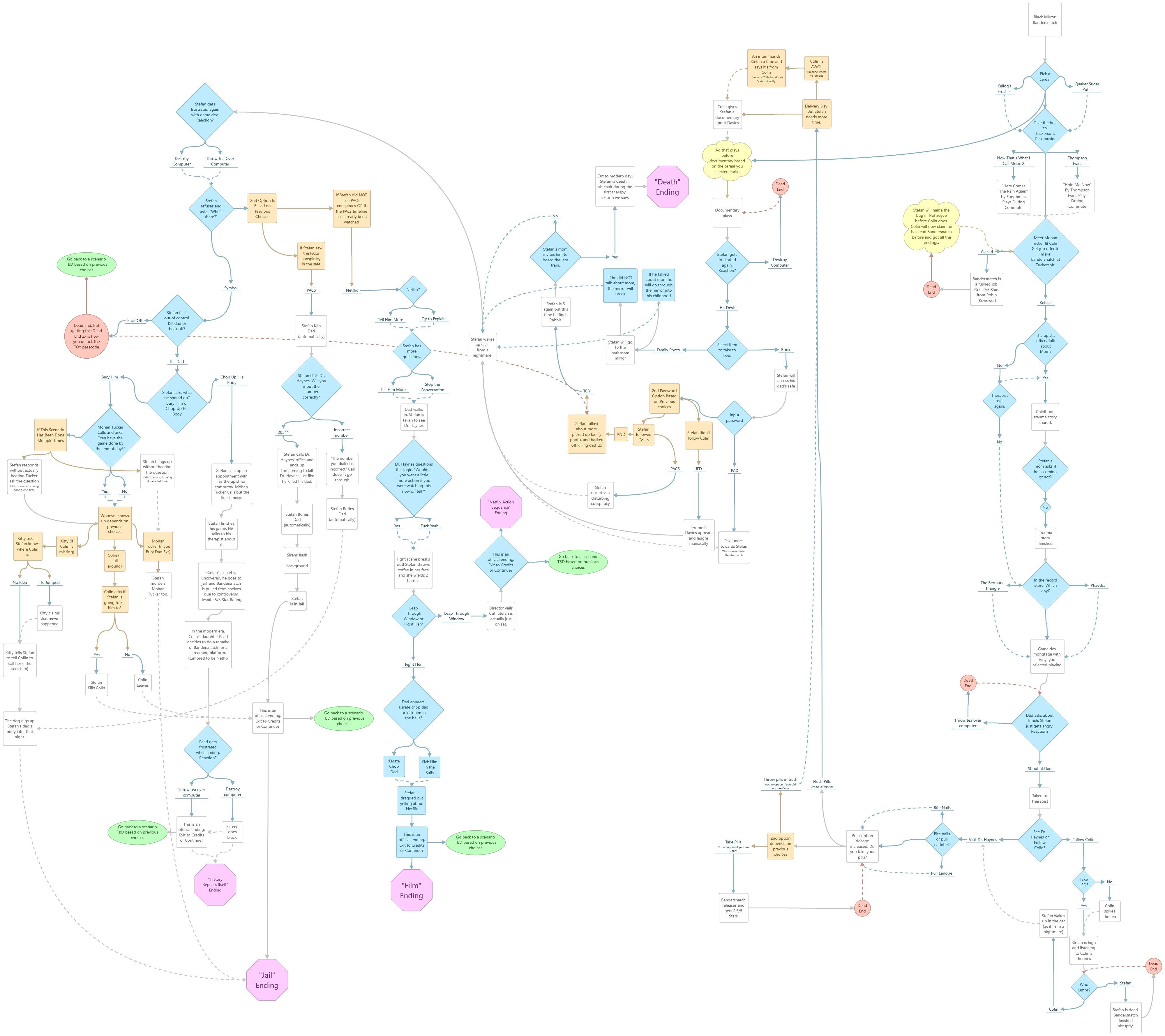 In conclusion, numerous projects are exploring the different forms of interactive storytelling and the possible experiences it can provide. Now that technologies enables instead of retains, we have entered an exciting era and shall not waste this chance to further develop the emerging field of interactive narrative. 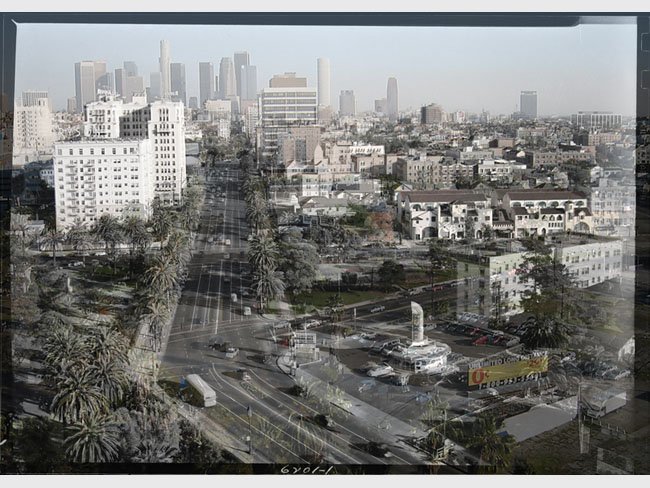