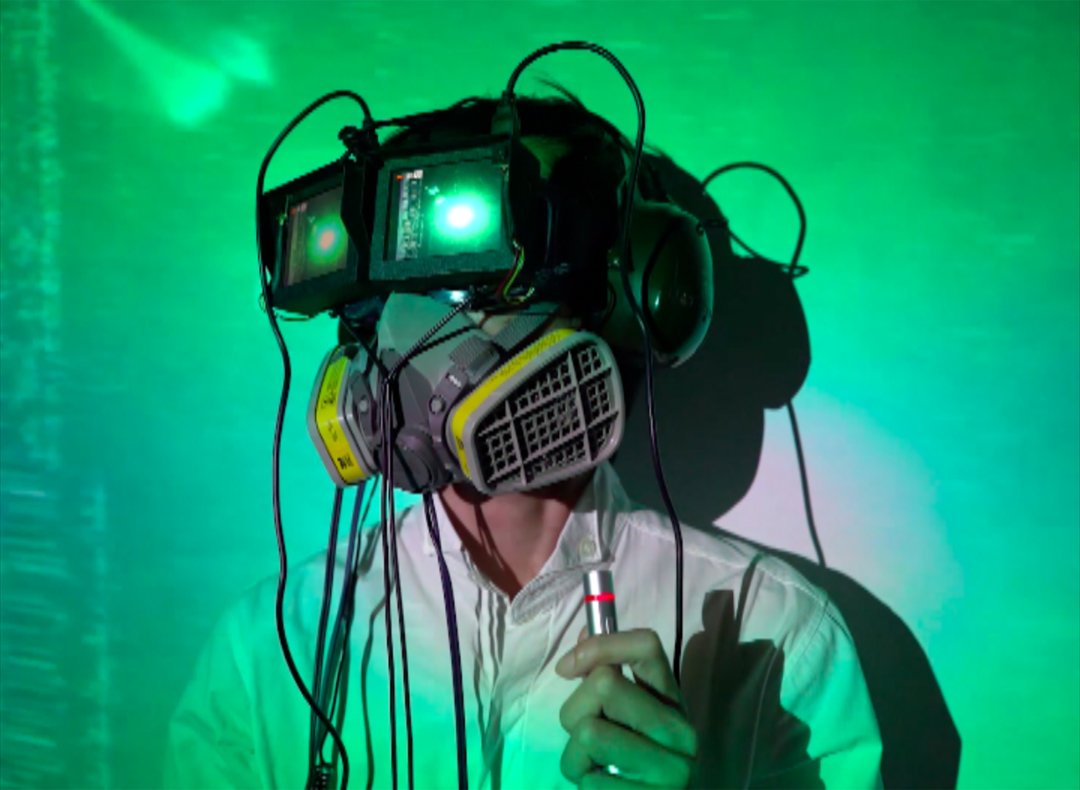 In this work, a person wears a head piece device that is attached to other devices on his arms etc. He the proceeds to navigates around the space of the museum and the audience. As he he do so, his head gear constantly changes live visuals into sounds. This causes him to be very disoriented and confused, bumping to a couple of people on the way. Moreover, what he sees from the screen in the head piece would constantly be distorted, which was caused by the movements of his body which he navigates around the crowd.

I was very intrigued by Urich’s the idea of an input and an output in which he removed one of human’s most dependent sensory and replaces it with a technology, and then also messing up the visuals being shown by the technology (something more artificial). Moreover, the work constantly engages the viewers and it almost felt like we were are as on our toes as the person experiencing it first hand. This forms a connection between us and the artist and it feels like we are experiencing this new world he is portraying to us. 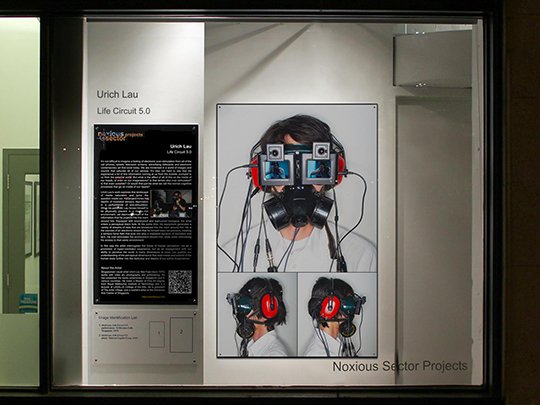