So, my subverted object is a watermelon. 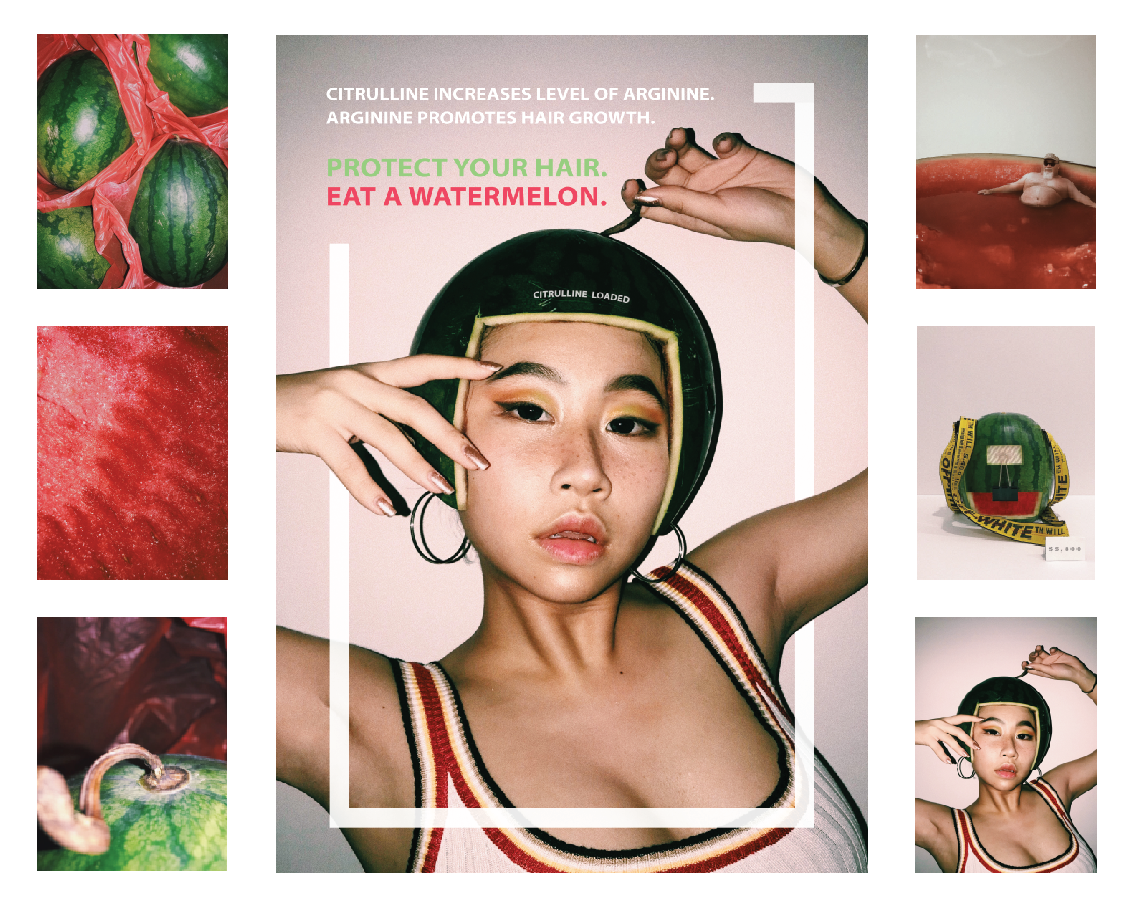 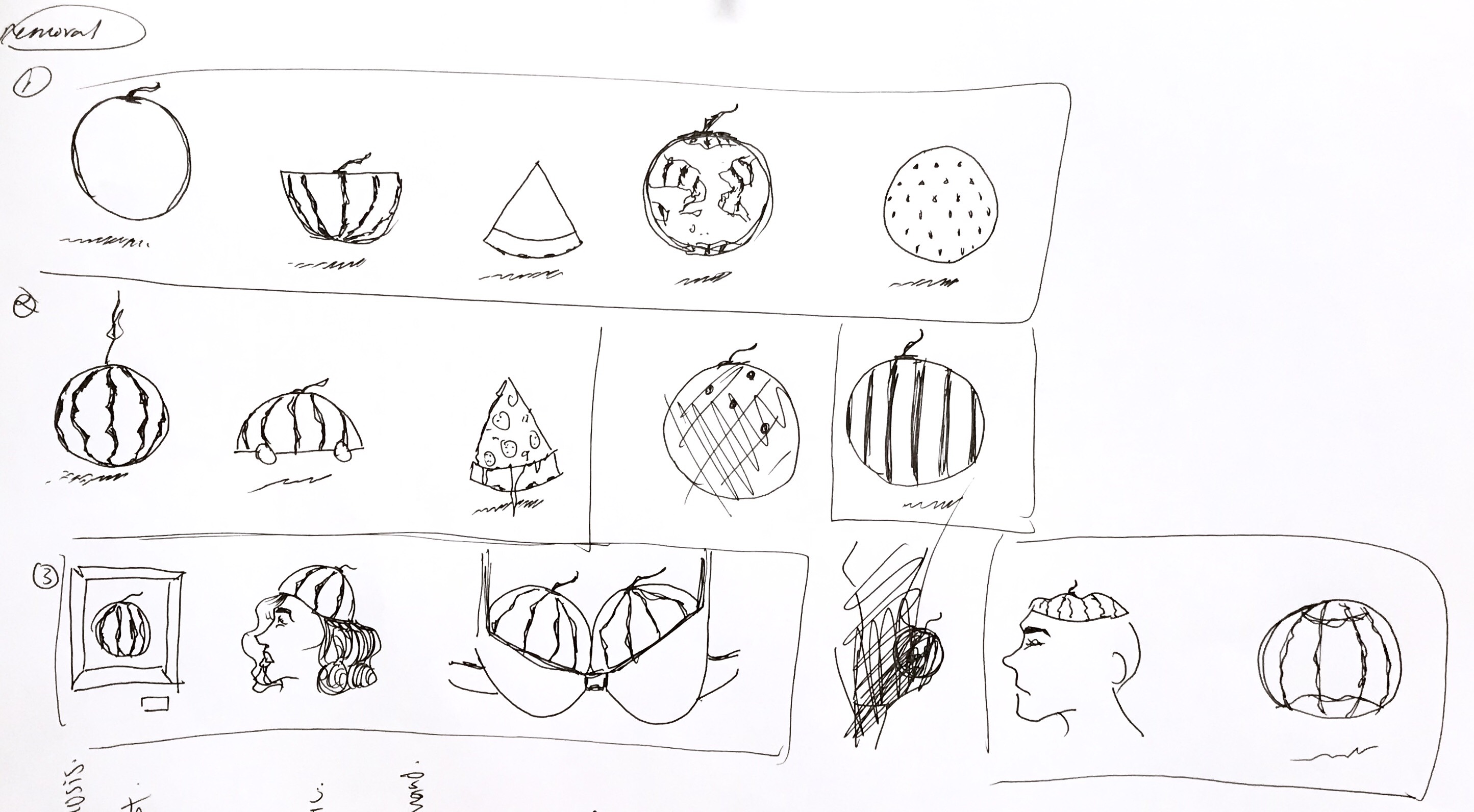 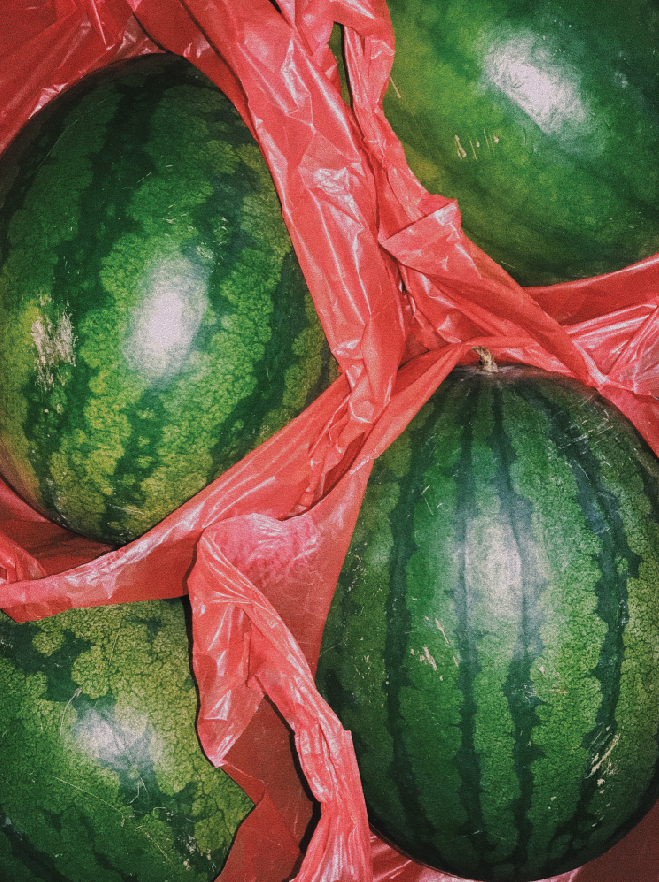 I wanted to capture the texture of the watermelon. I want to show the glistening of the flesh and the shadows of the seed pockets. 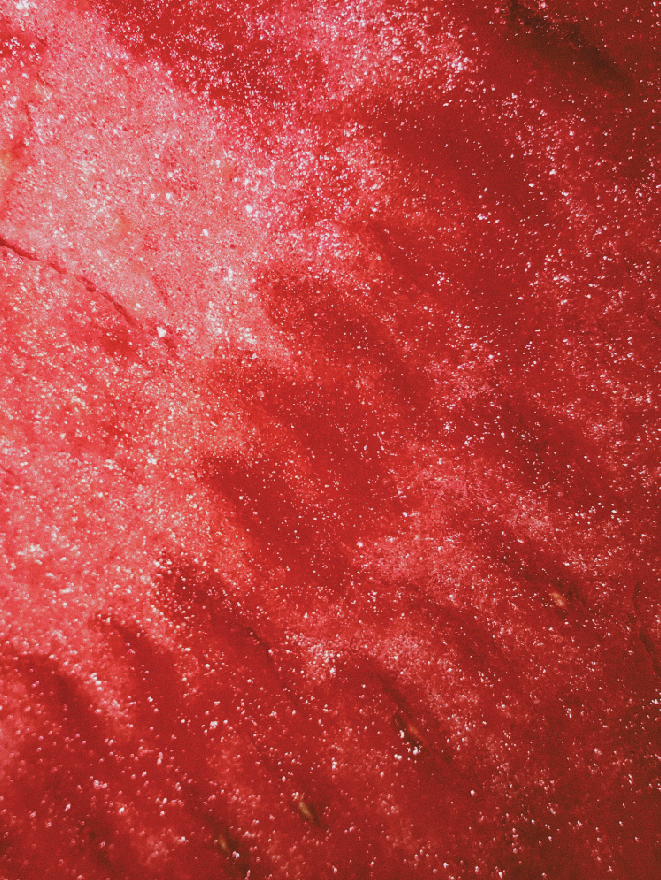 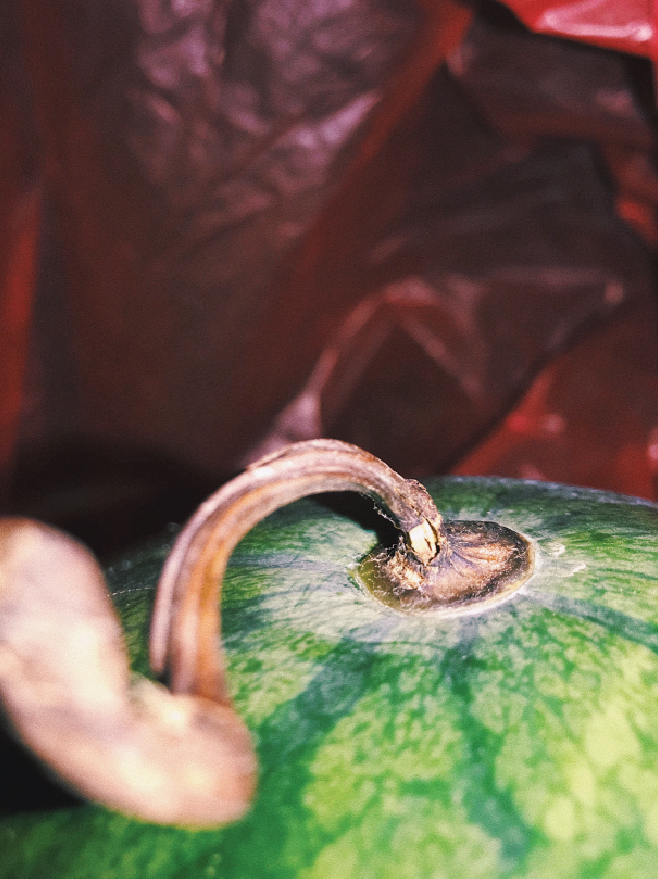 I wanted to play the scale and turn the watermelon into a large luxury tub.

I was inspired by Tatsuya Tanaka’s works. Hence, I decided to show the size of the tub by placing a man relaxing in it.

This was inspired when I was eating half of the watermelon and there were a lot of liquid left at the bottom, looking like a pond.

I wanted to critique the value of the watermelon.

I was loosely inspired by Marcel Duchamp’s artwork called “Fountain” which stirred up a lot of debate if it was really art.

I draw similarities to the current world where designers make simple works but place a luxury brand to it to increase the prices. As watermelons are cheap, I want to make it expensive. Hence, I went ahead to carve out the watermelon and create Virgil Abloh’s Off-White Binder Clip Sling Bags, which is insanely expensive for it’s design. 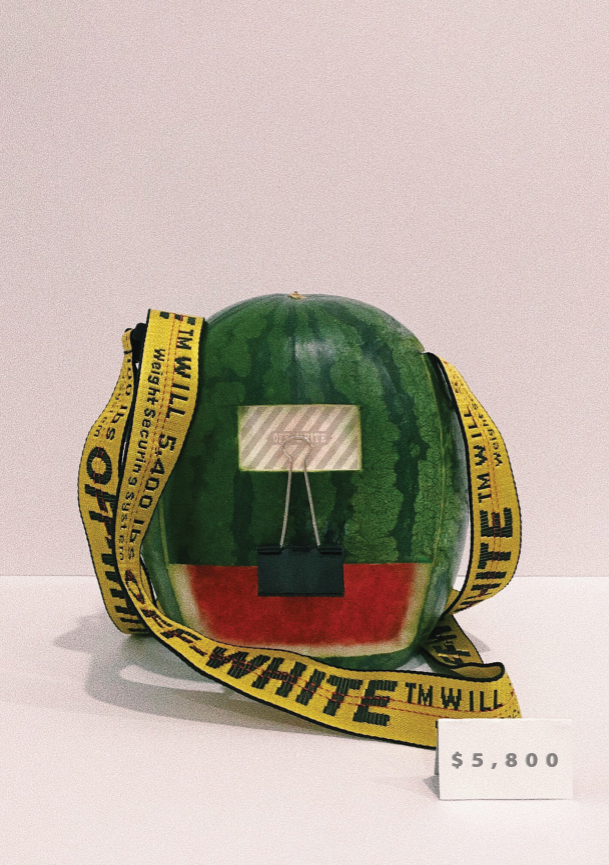 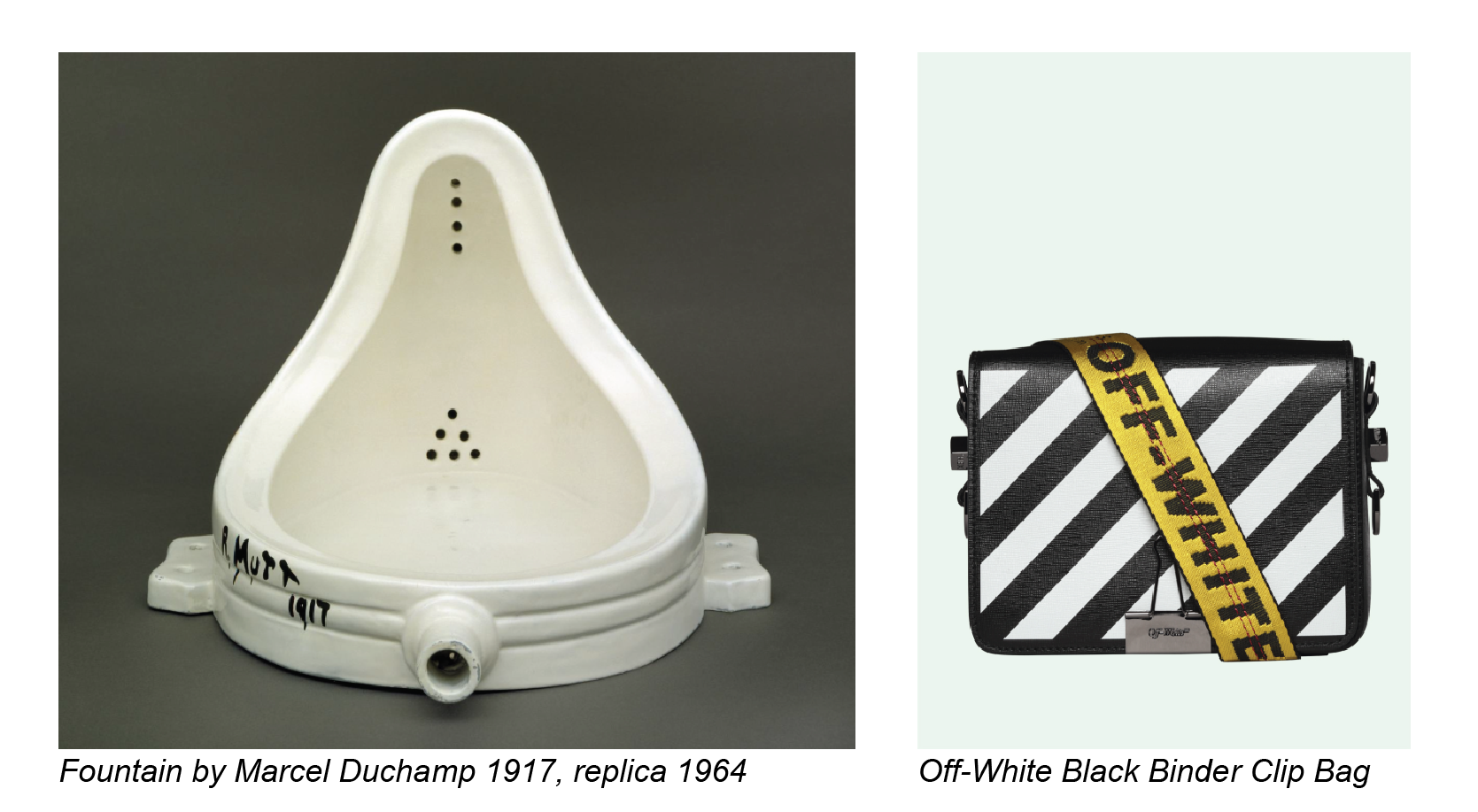 I wanted to change the function of the watermelon. 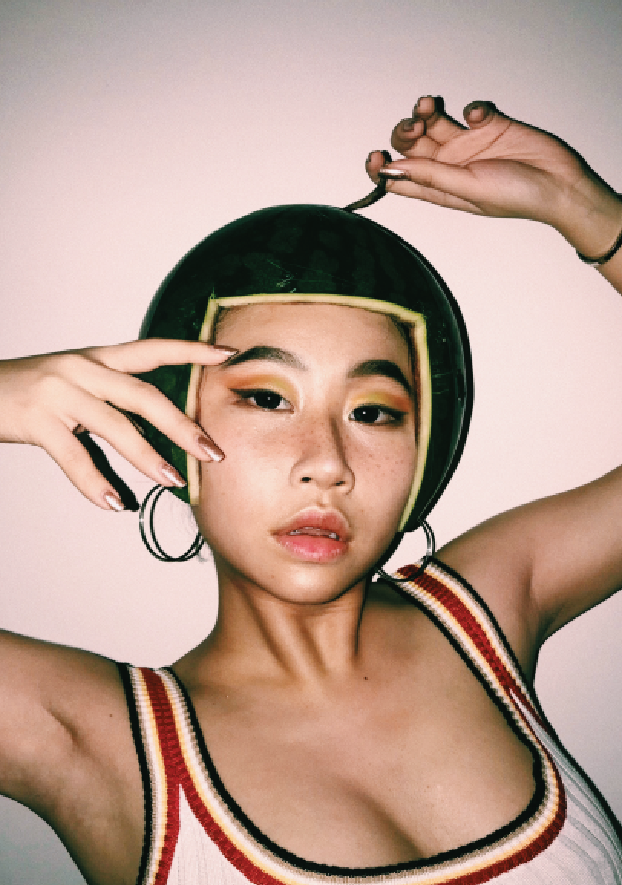 I really want to keep my message to be short and straight forward.

Apparently, arginine is essential in our bodies and helps with blood circulation in the scalp. Watermelon naturally contains a lot of citrulline that increases the level of arginine and is therefore good for promoting hair growth.

This really inspired me to relate the protecting purpose of the helmet to the protection for hair. In addition, the helmet does look like a short hair wig, so it suggests the message of: watermelon being able to protect hair.

I put the relay lines the same color as the watermelon. I also added the phrase “citrulline loaded” on the watermelon to add on to the anchorage and additional support for the relay.

I wanted to make the photo more editorial and a little glamorous but also informative. 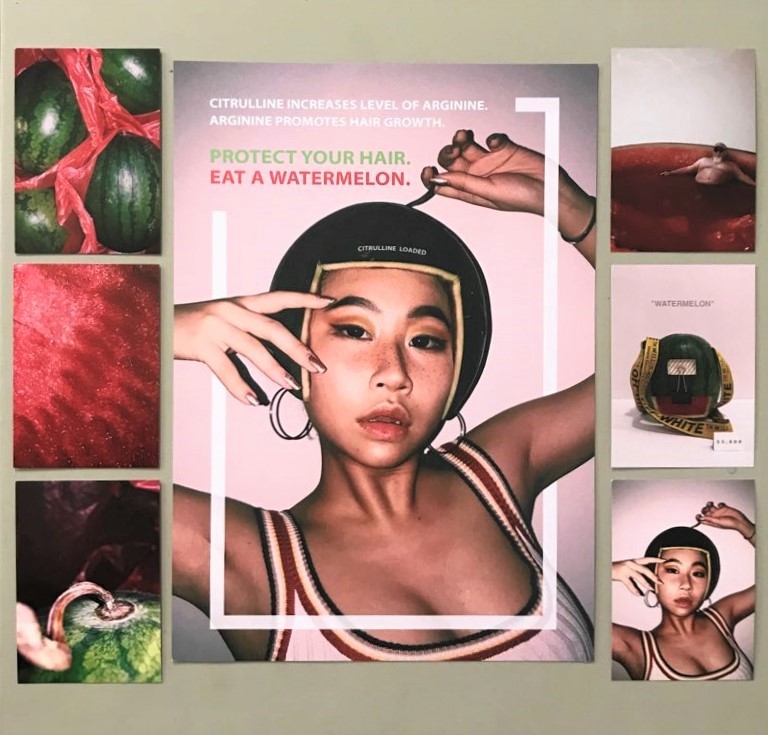