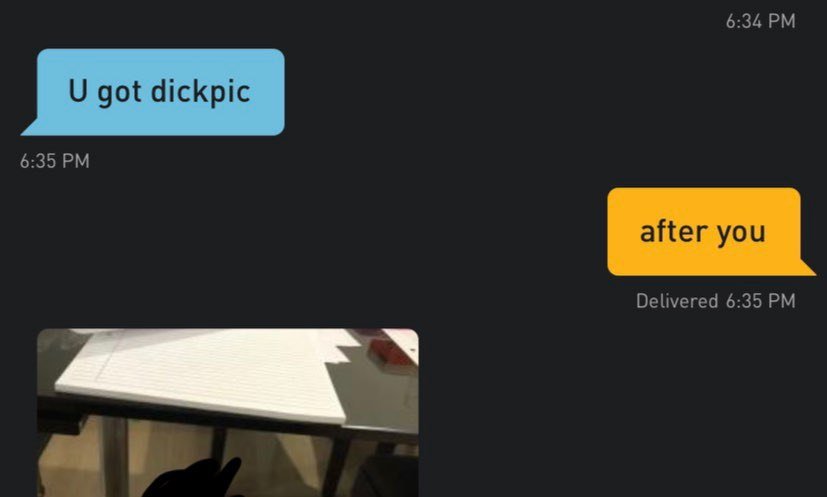 We made a fake Grinder profile as a 15 years old boy.

Motive: With no restriction, we went on to chat with all the boys (>18 years old), prompting them with some sexual “rewards”. We wanted to see if they will go after a underage boy for their lust and temporary pleasure. We also want to see if staying anonymous is important to them on this site, especially when they do not know if the profile we made is real or not.

Prediction: Some says yes, most says no, since everyone n the site has to be 18 and above.

We provide the crowd with full freedom, with no restriction on what kind of reaction or information they wish to provide about themselves.

From the start, we would tell them that this boy is 15 years old. To our surprise, a lot of them did not care and either start off the conversation with a picture of them or after we ask for a picture.  When we prompt for some inappropriate pictures, some gave it to us and there was barely any hesitation.

Some of them tried to deny the request after finding out that the boy was 15 years old, however, it does not take a lot of convincing to change their mind. 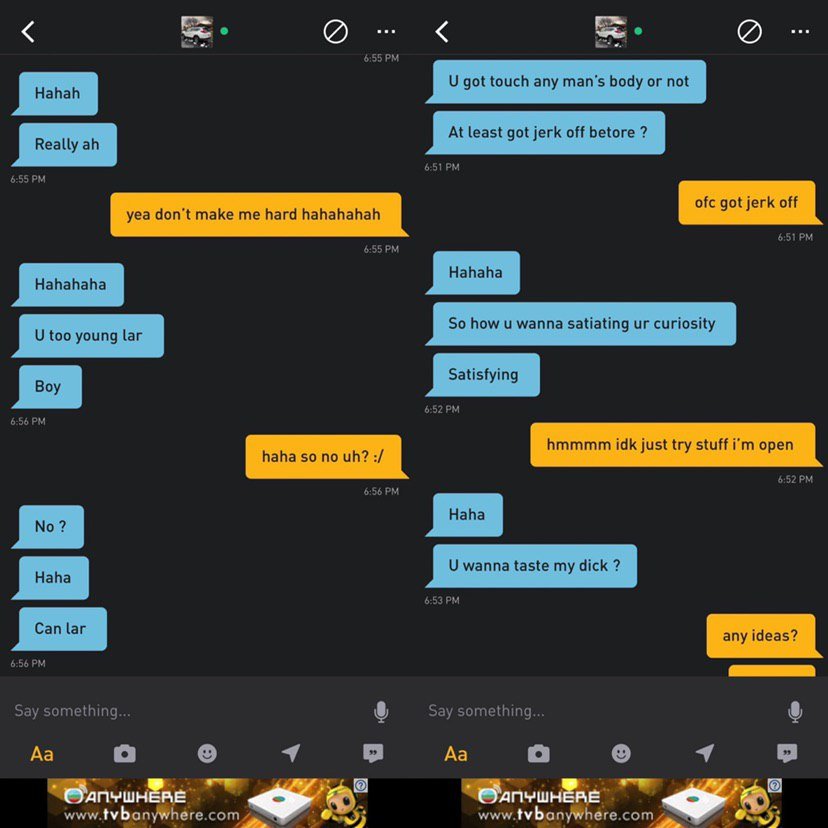 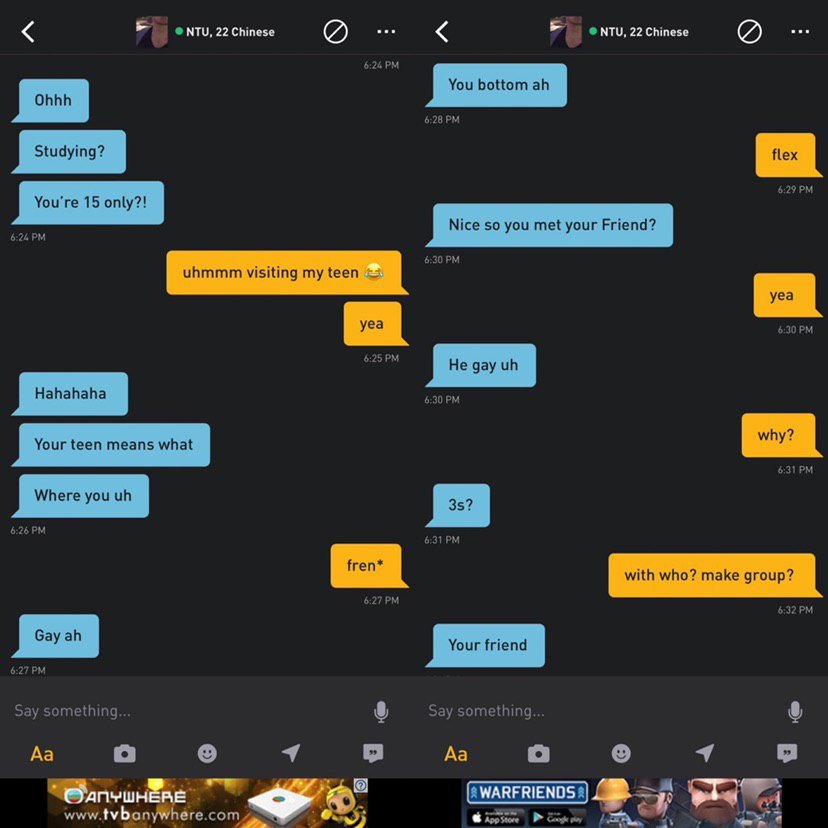 However, there are some hope for humanity and a few of them said no.

Honestly, I did not expect most of them to be so desperate and complete disrespect the the law. The sexual reward is so huge, but also an instant pleasure, that most of them push aside their morals and values.

However, this project is also questioning our integrity in terms of catfishing these people.