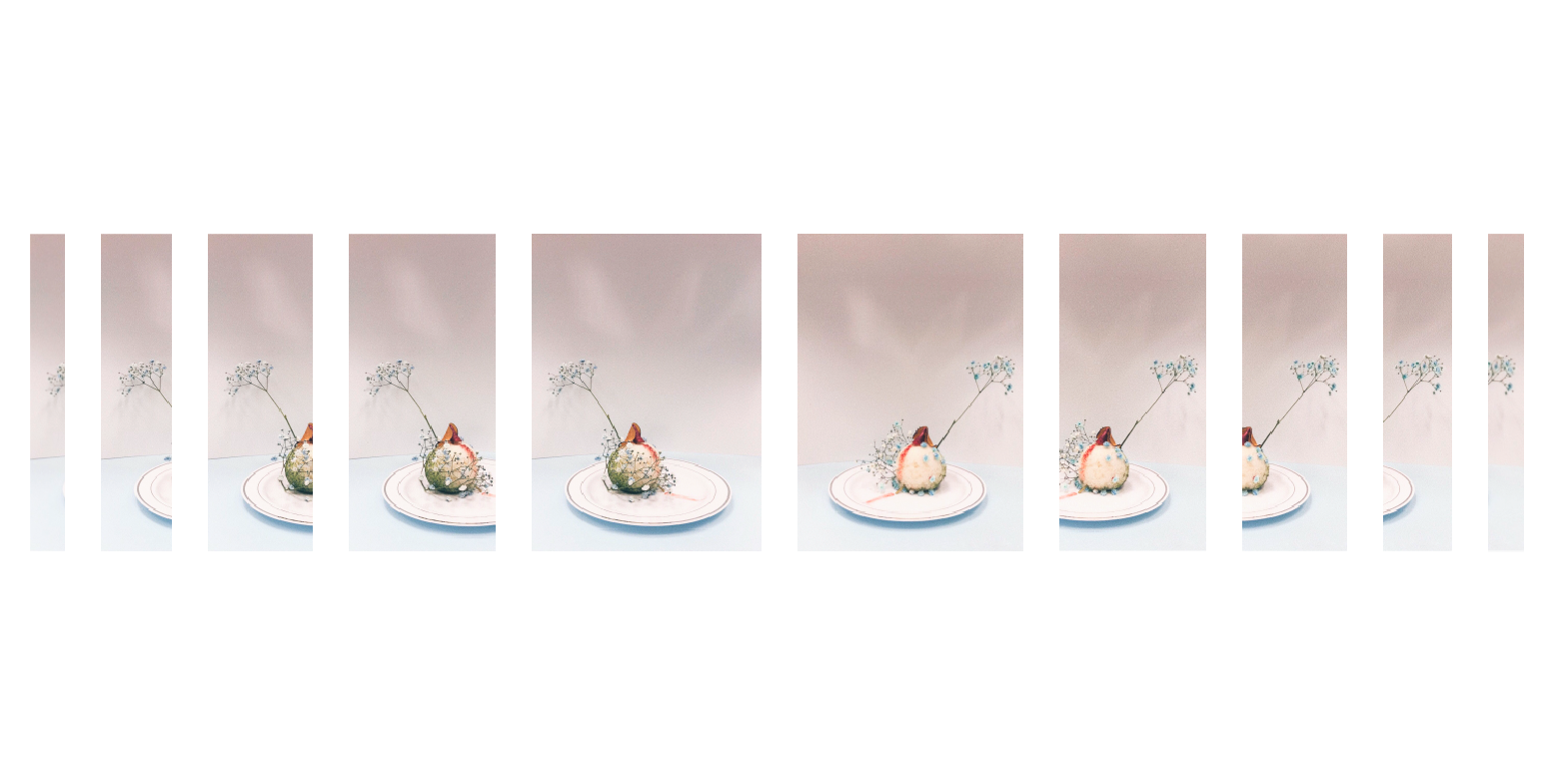 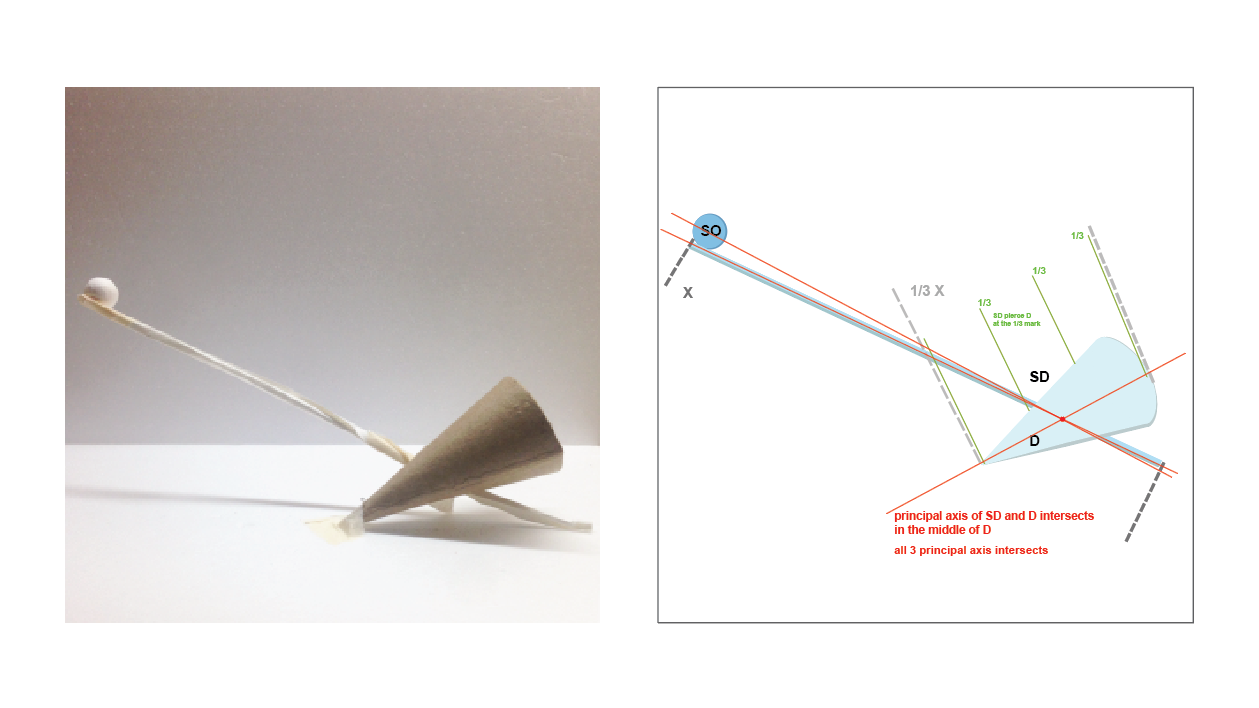 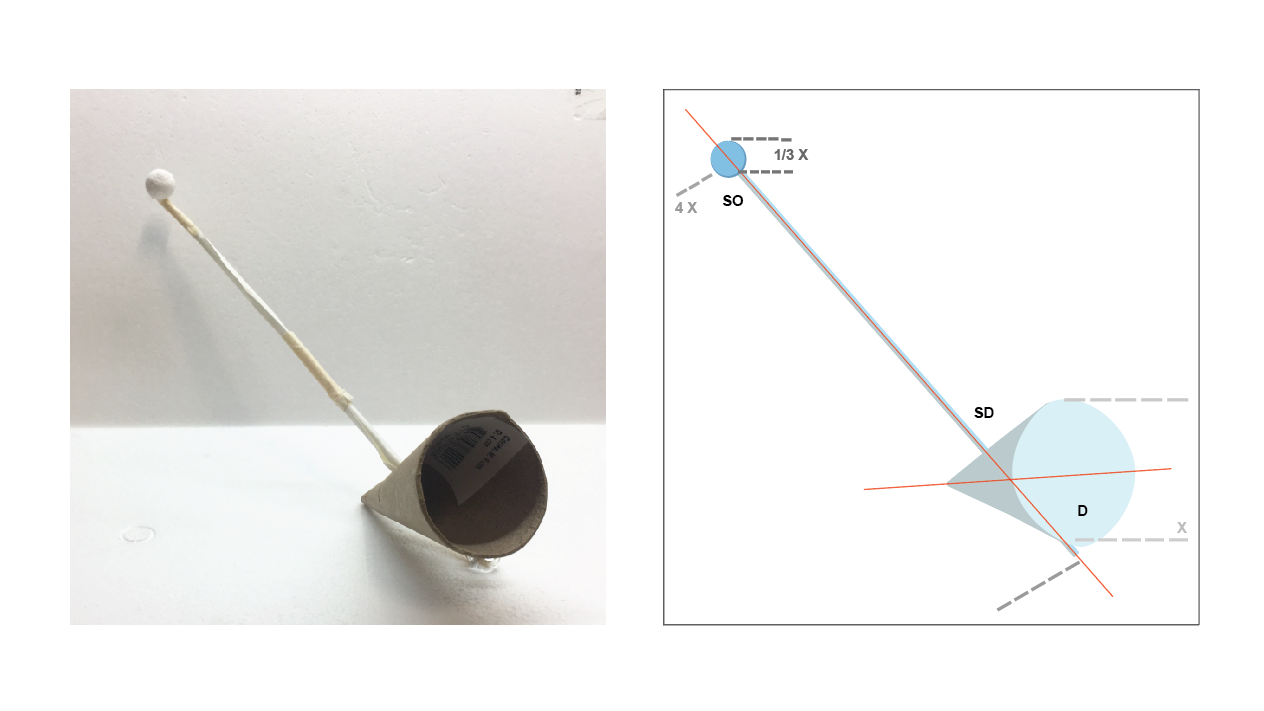 I wanted to create a more dependent composition, in which the long cylinder and sphere will topple over if it is not for the cone to balance the composition.

The small  sphere balances the composition to ensure that the cone does not make the product look heavy on the left. 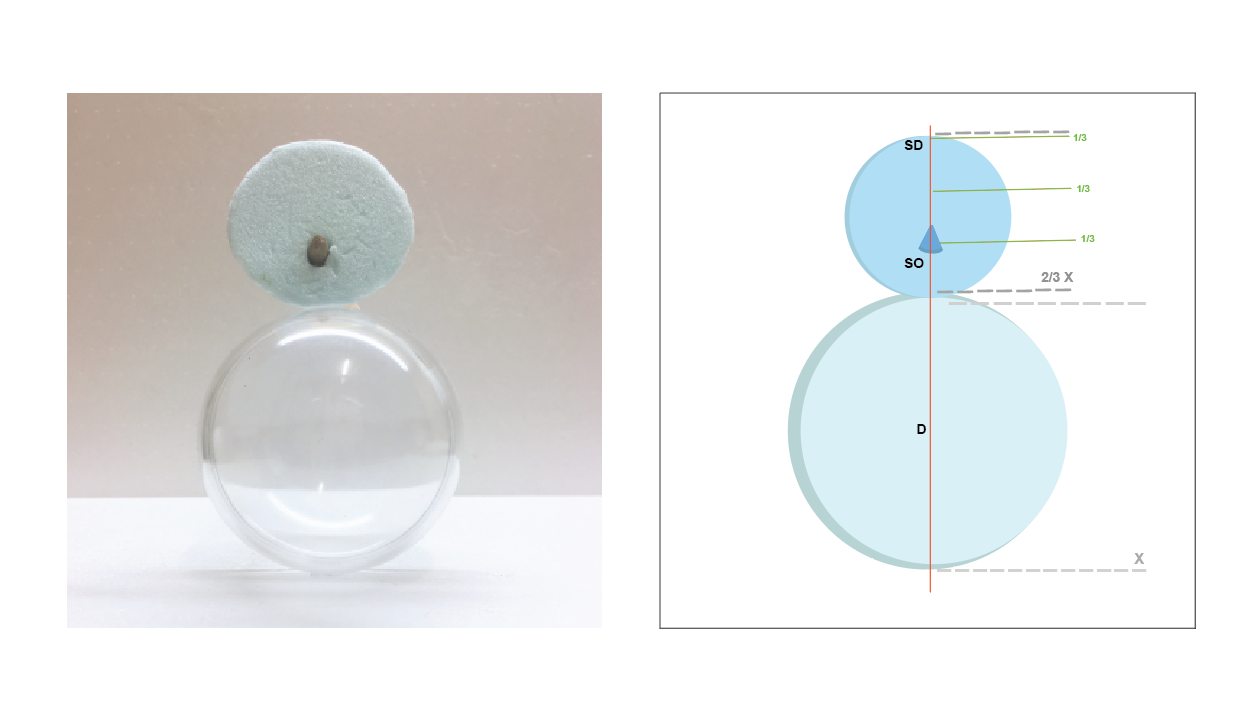 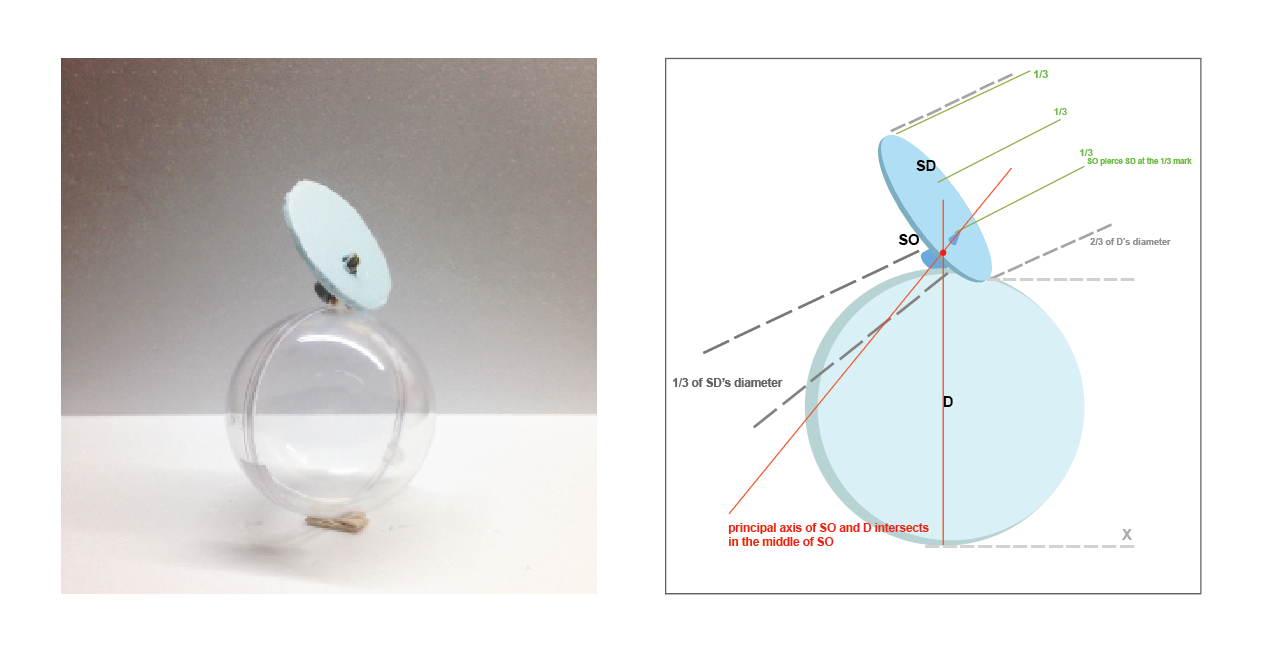 I wanted to show a zig-zag composition, coming from right-to-left from the cylinder and  left-to-right from the cone.

The D, SD and SO is very obvious here.

This model interest me as it looks stable and interesting at the same time. 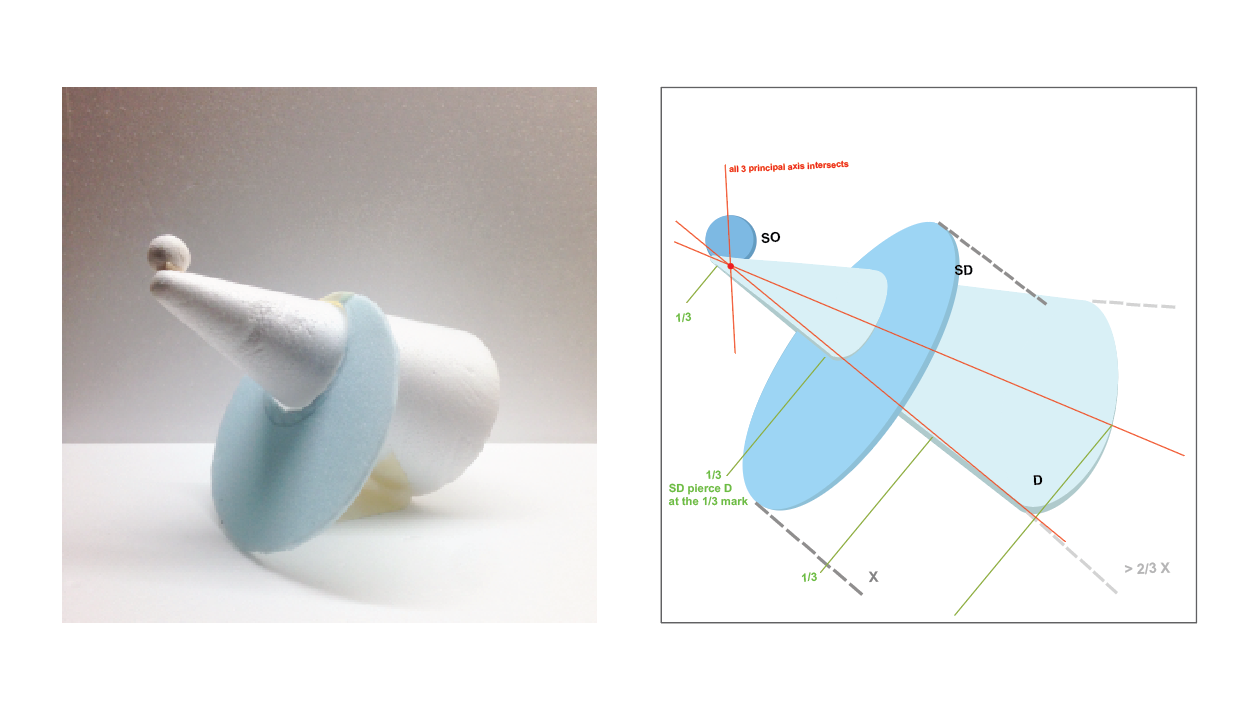 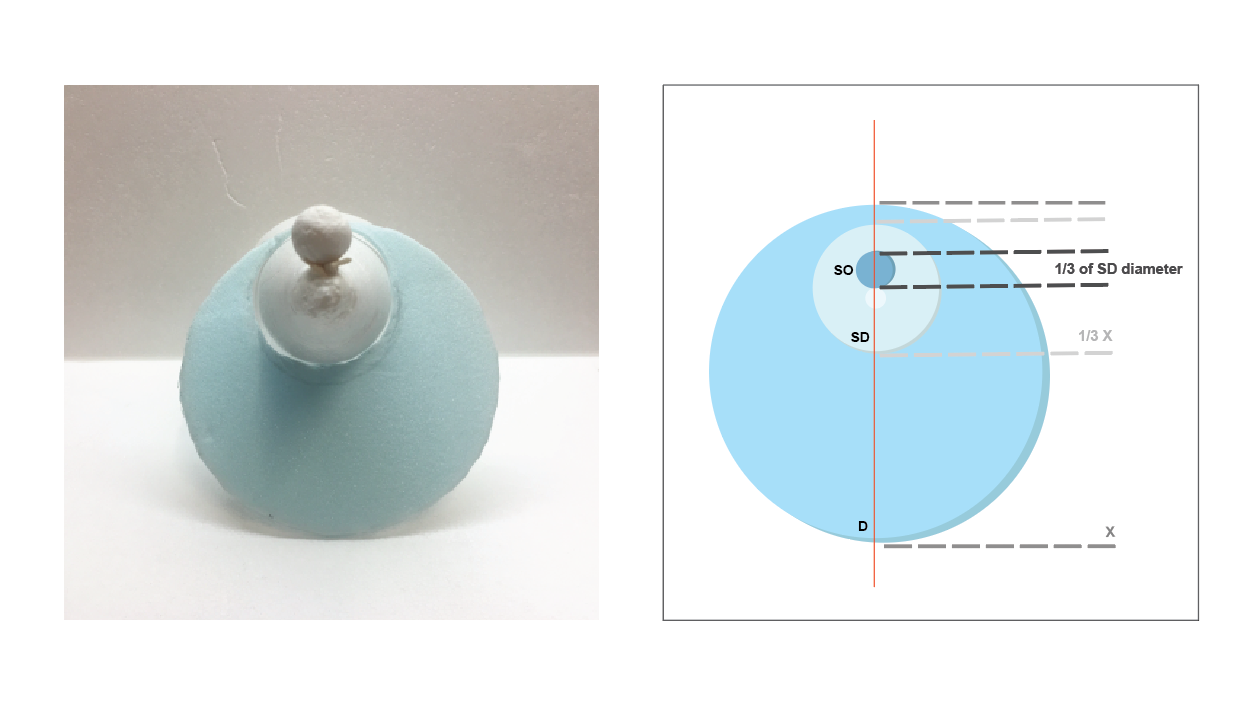 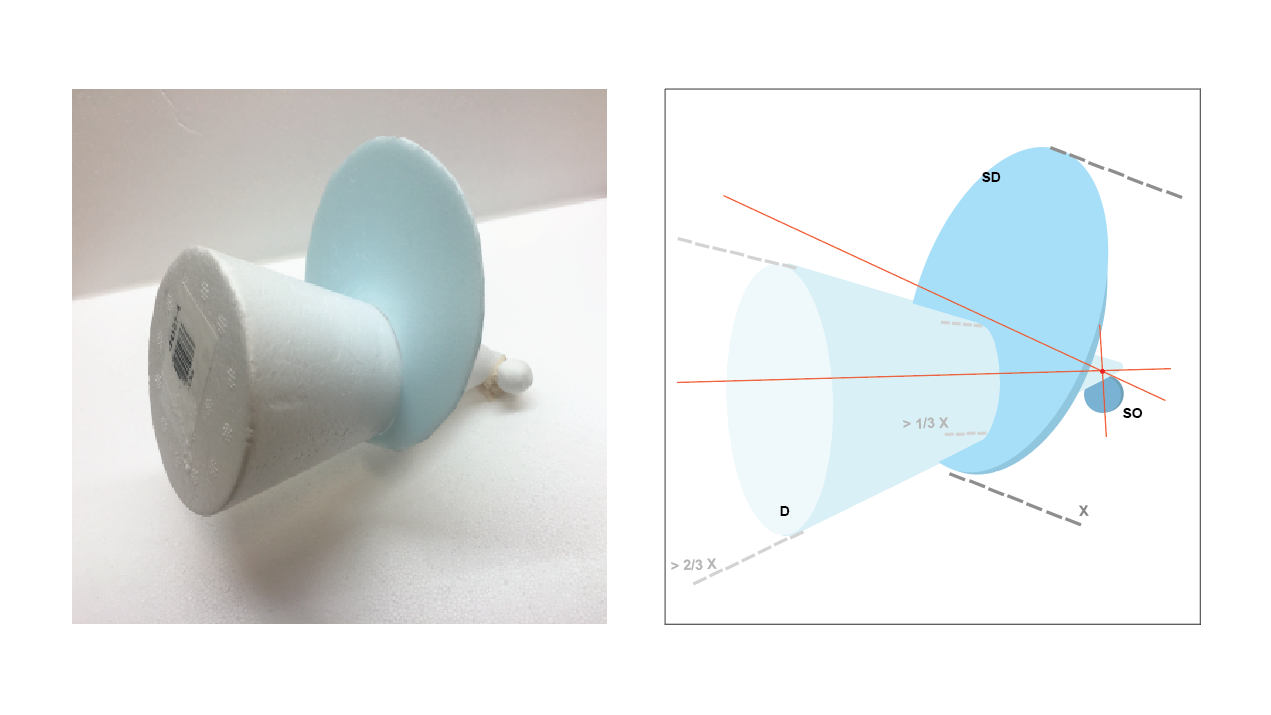 The cone is precarious in relation to the base cone but is being propped up by the cylinder, hence the overall balance becomes a Dependent composition, in which the composition looks stable and sturdy.

However I find this composition boring compared to the previous two. 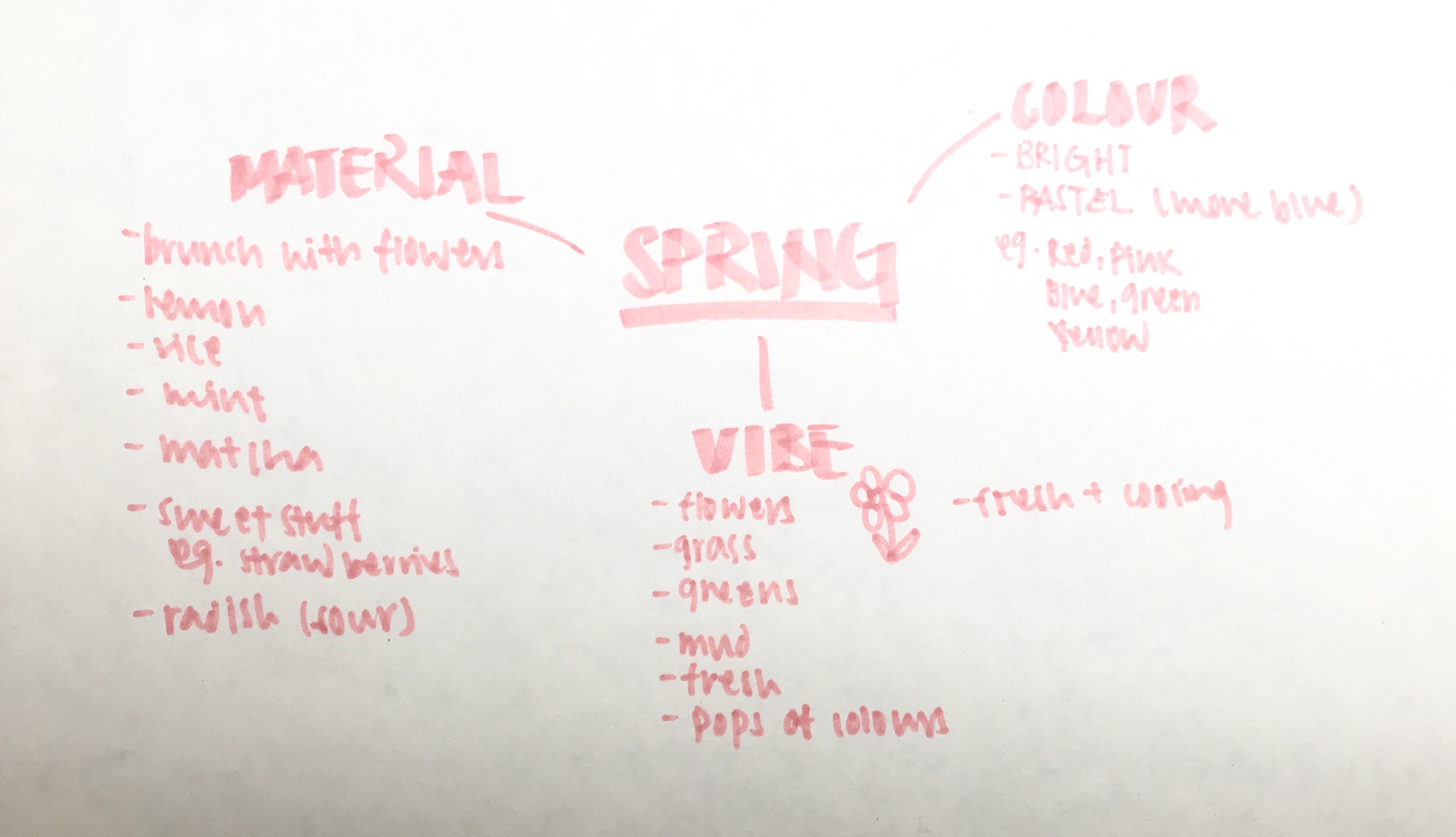 I decided to settle with Model Two. 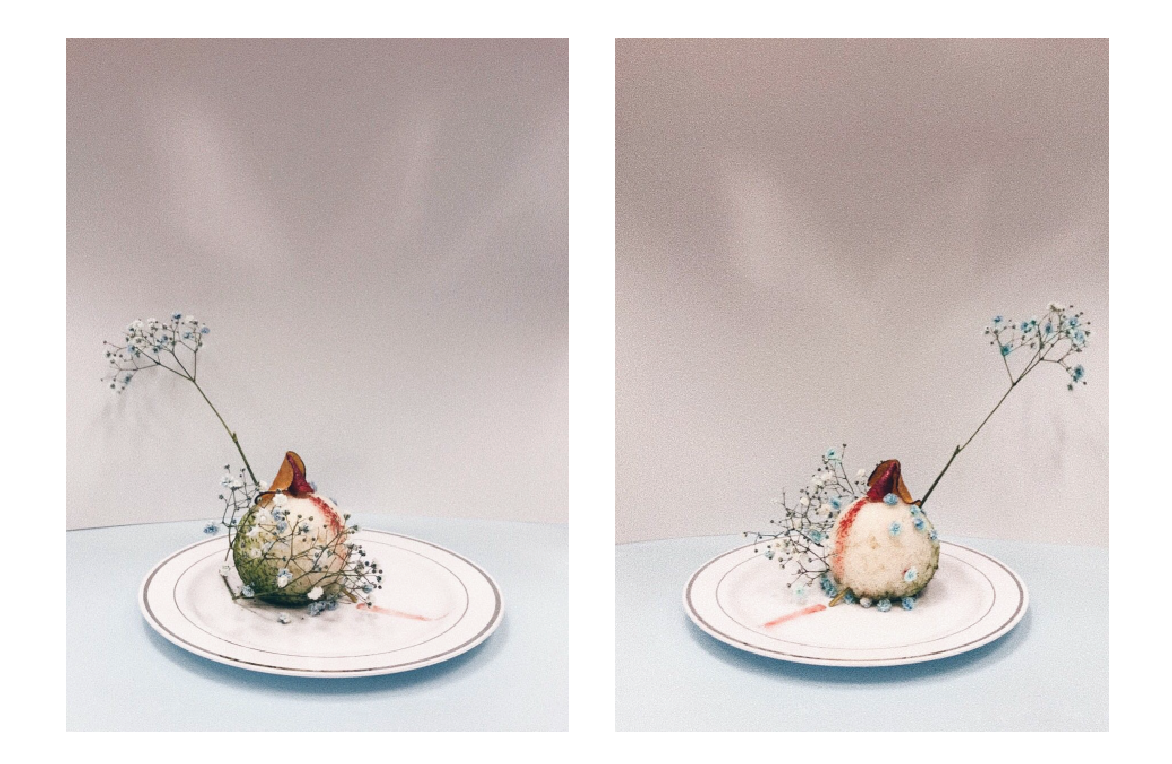 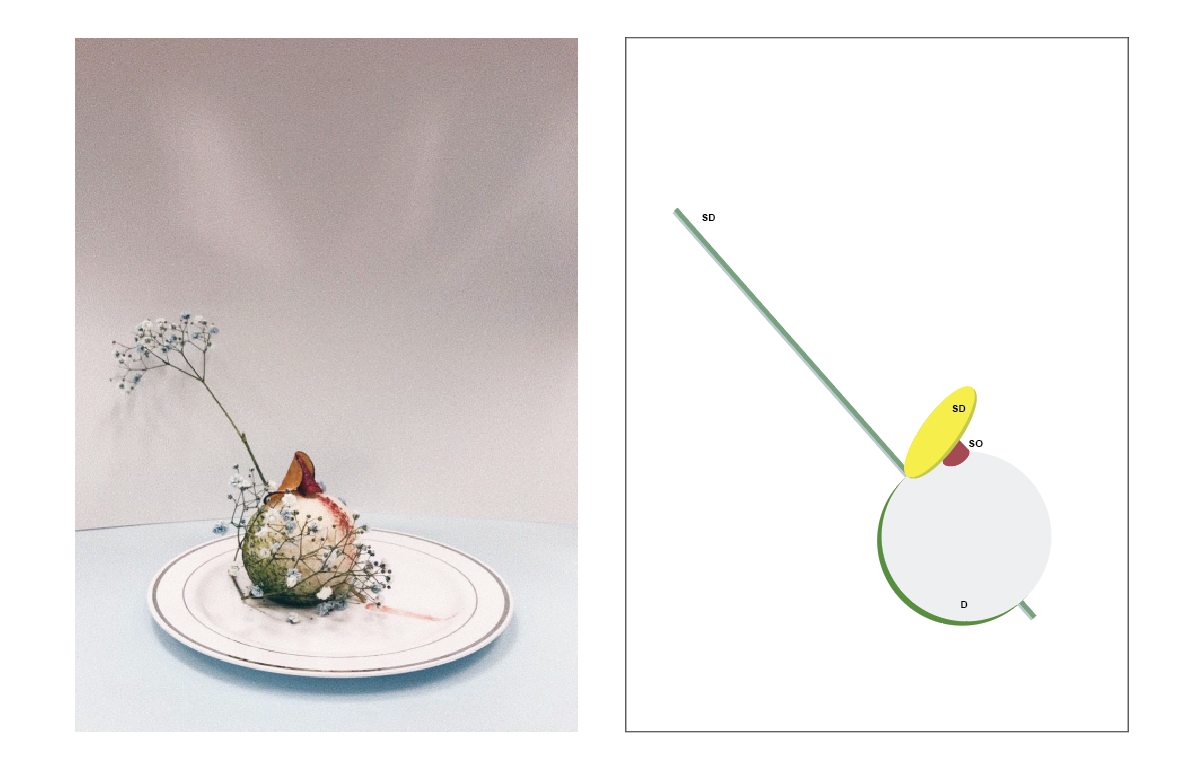 The brunch with the baby’s breath is to off set the balance of the composition, which was greatly inspired by asymmetrical Ikebana.

Rice with matcha powder as sphere, fried tapioca dipped in metallic red as cone and fried potato slice at cylinder.

The idea behind this is actually inspired by this Disney princess called Elsa who turn everything she touch into ice. However, for mine, I wanted to switch it.

The pink cone is actually a girl. The pink trail from the plate to the top of the rice suggest her traveling up, leaving that pop of colour against the cold, plain white colour. The white plate is to suggest the previous season, which is winter, together with the white rice suggesting snow like appearance.

The metallic dipped tapioca actually emphasizes that important touch of the SO in the whole composition. 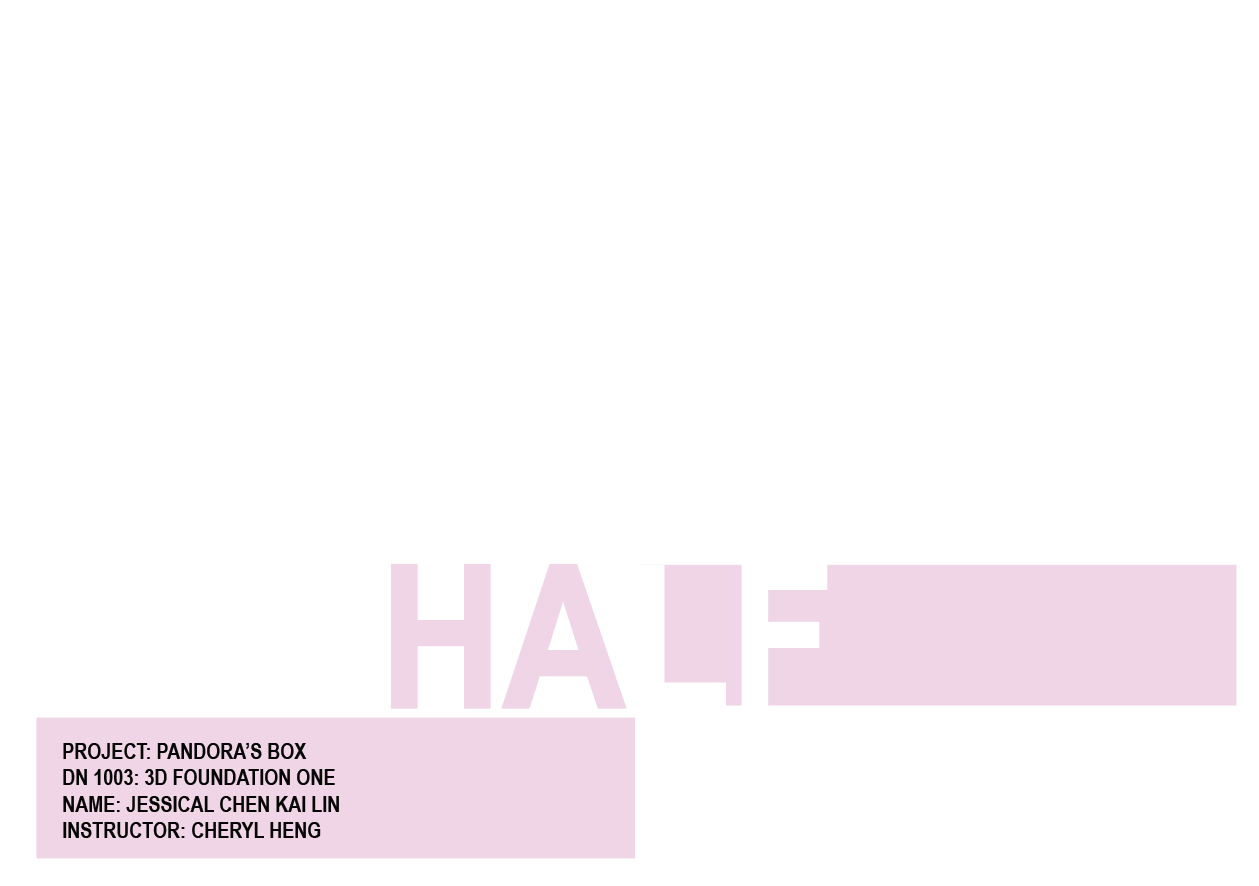 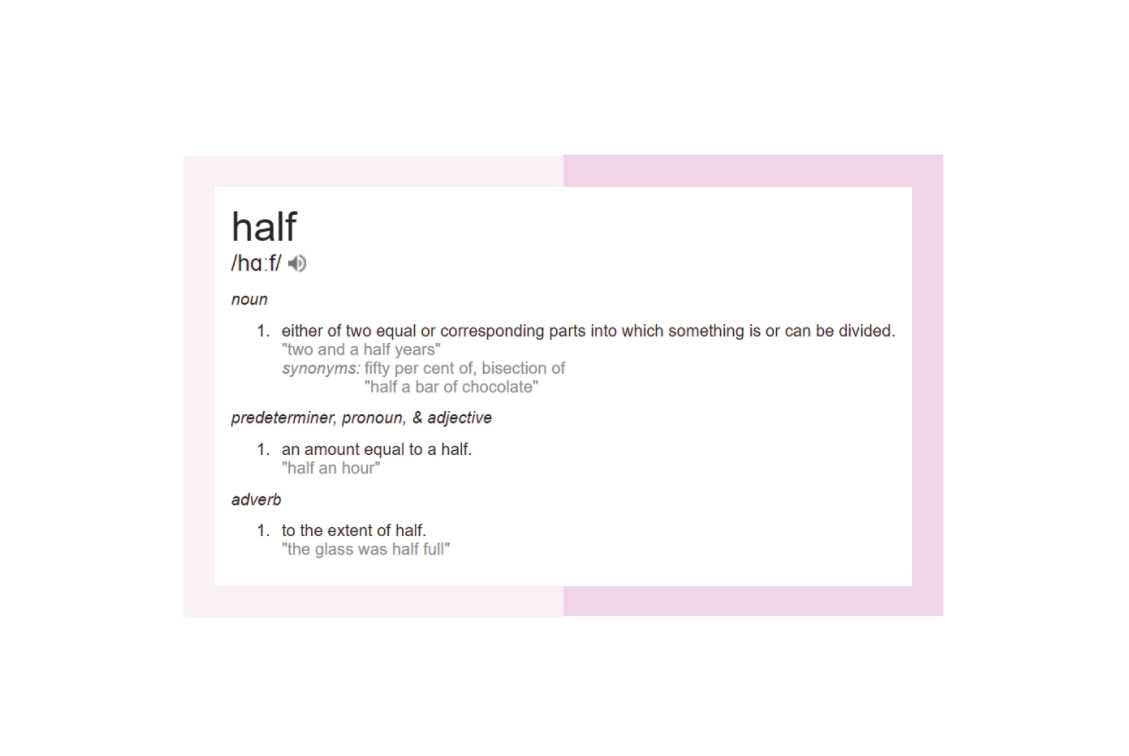 I looked up the definition of “half” and it basically means dissecting something equally into two. Hence, I decided to play with length, width, void and lastly, the density at the end. 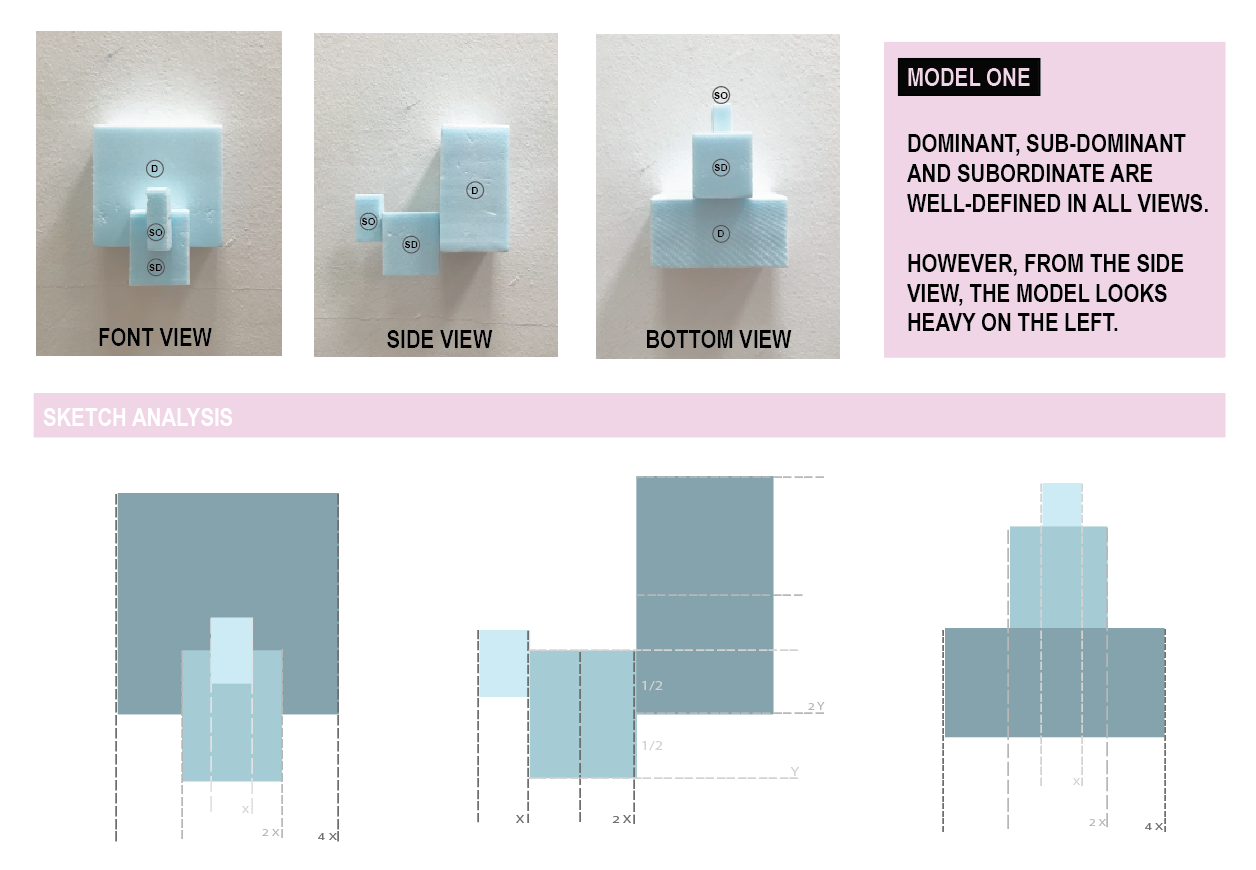 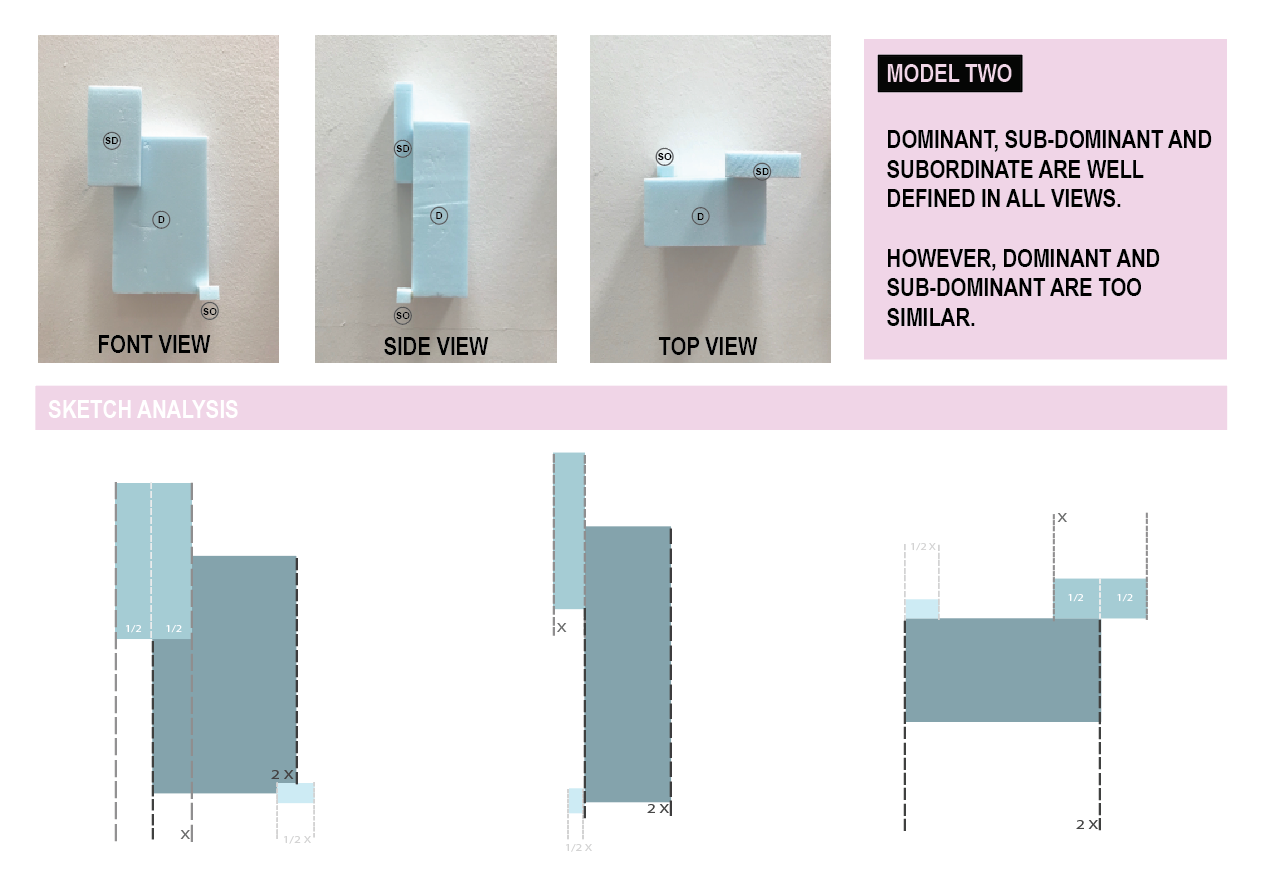 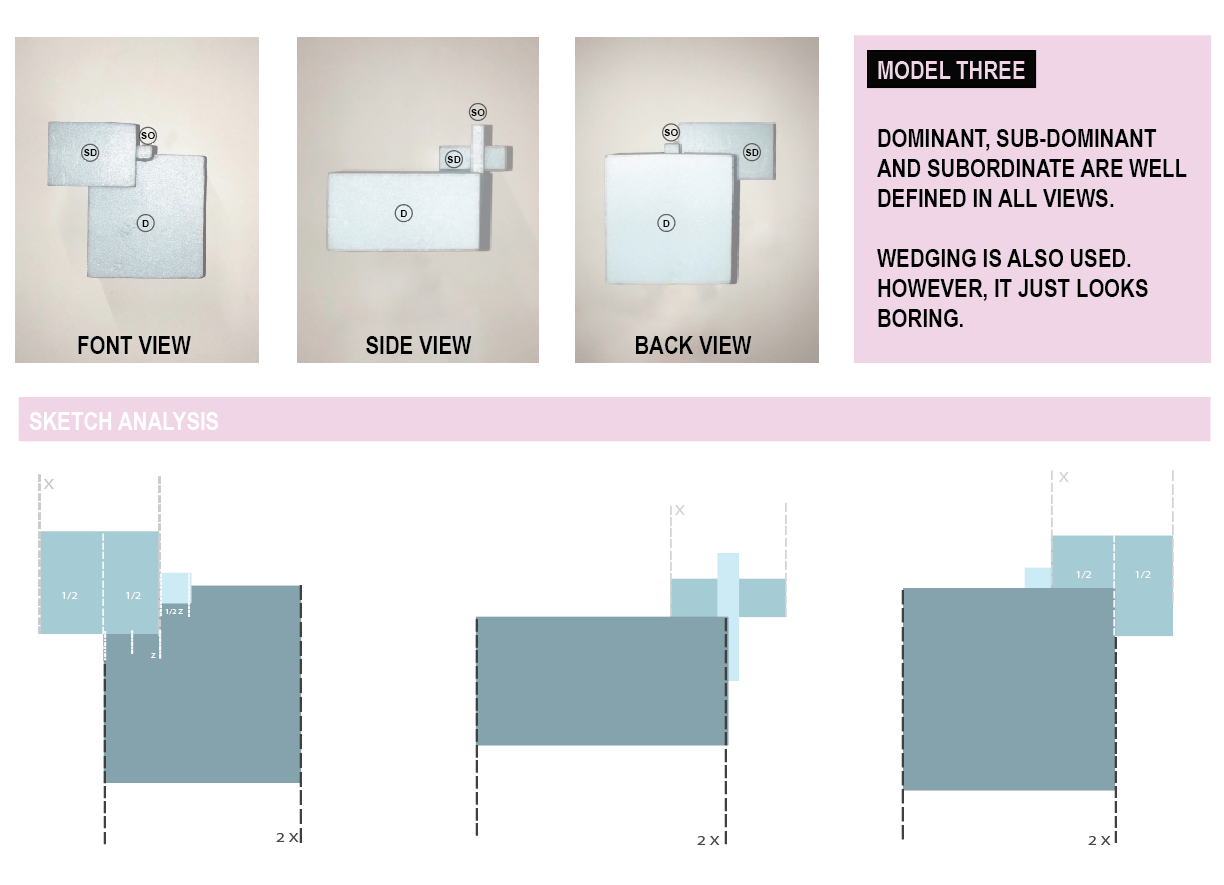 I decided that I like Model 1 the most, so I made some changes to make Model 1 better. I then decided to play with void and half the void. 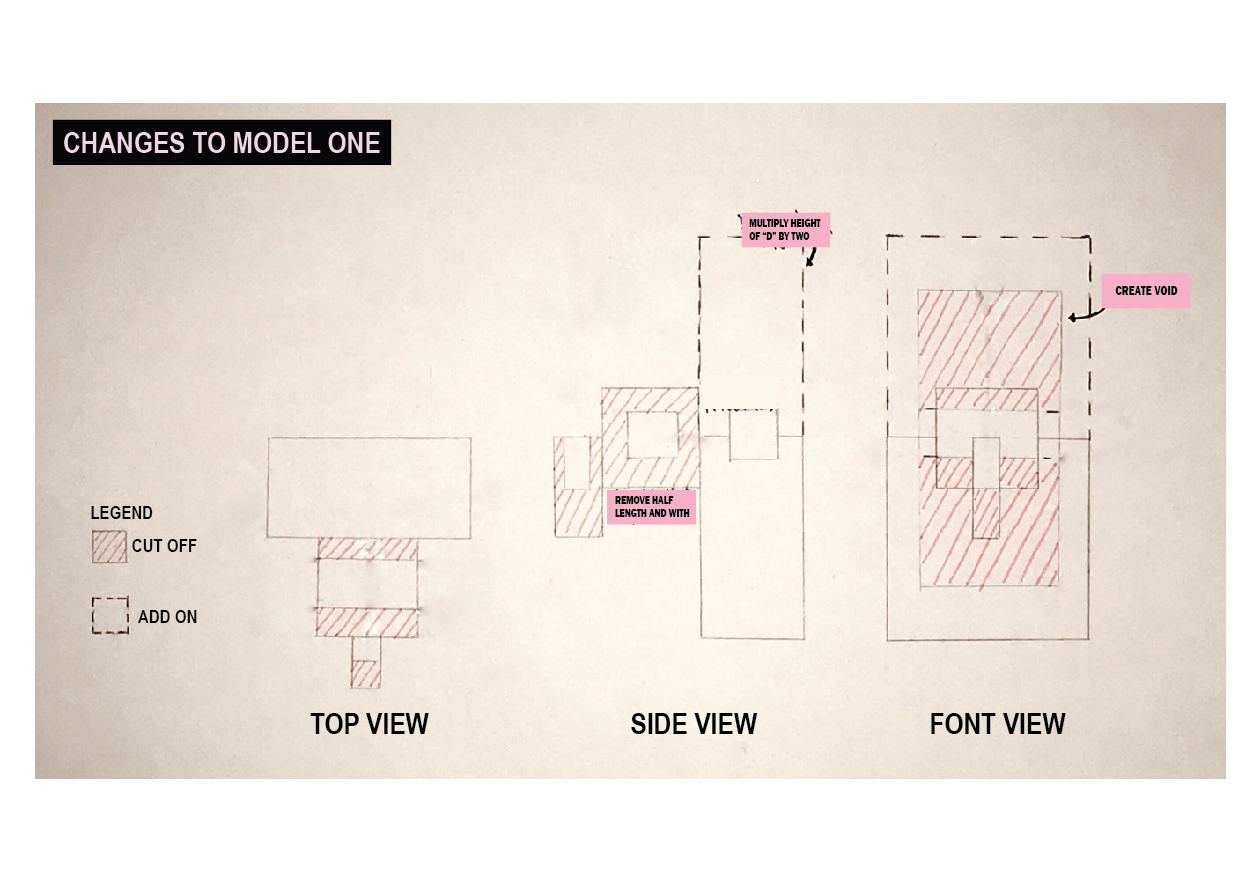 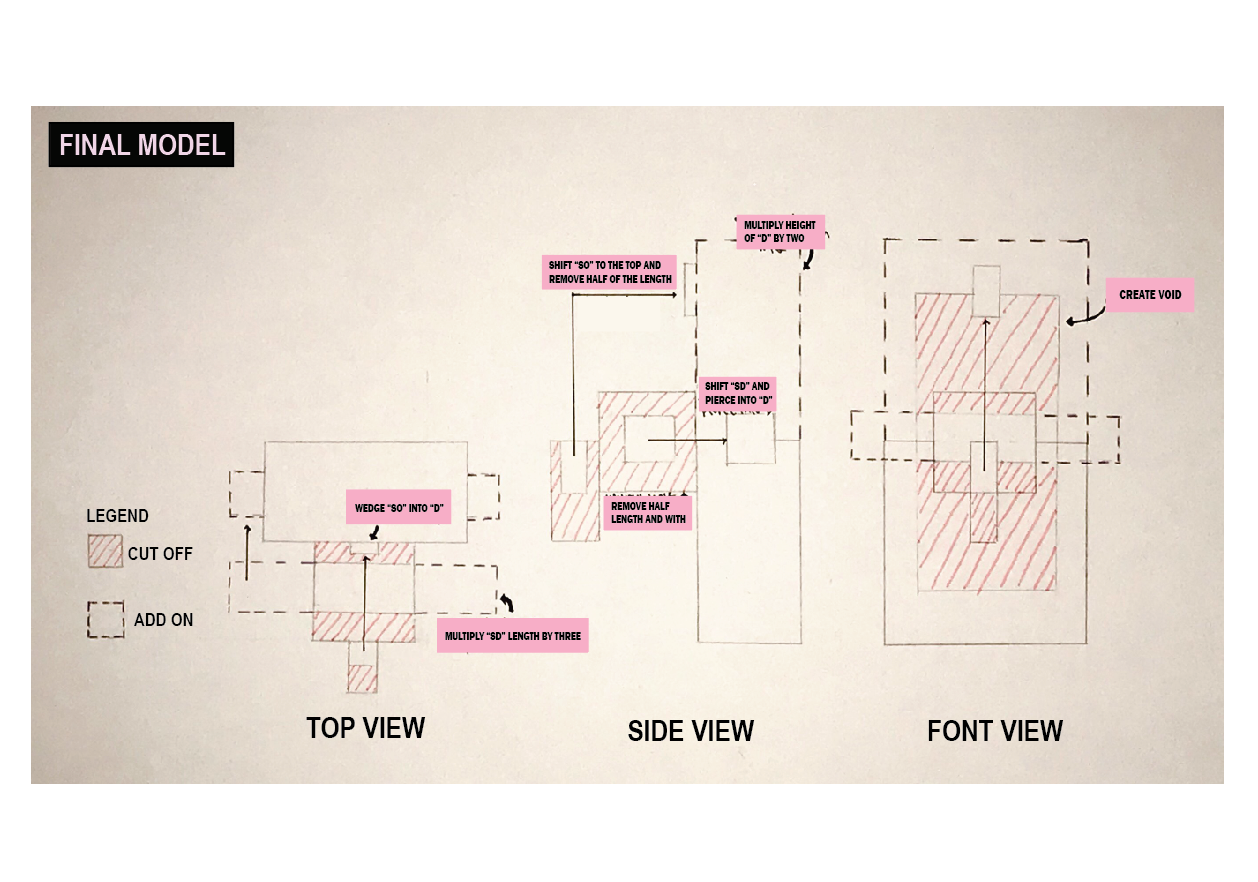 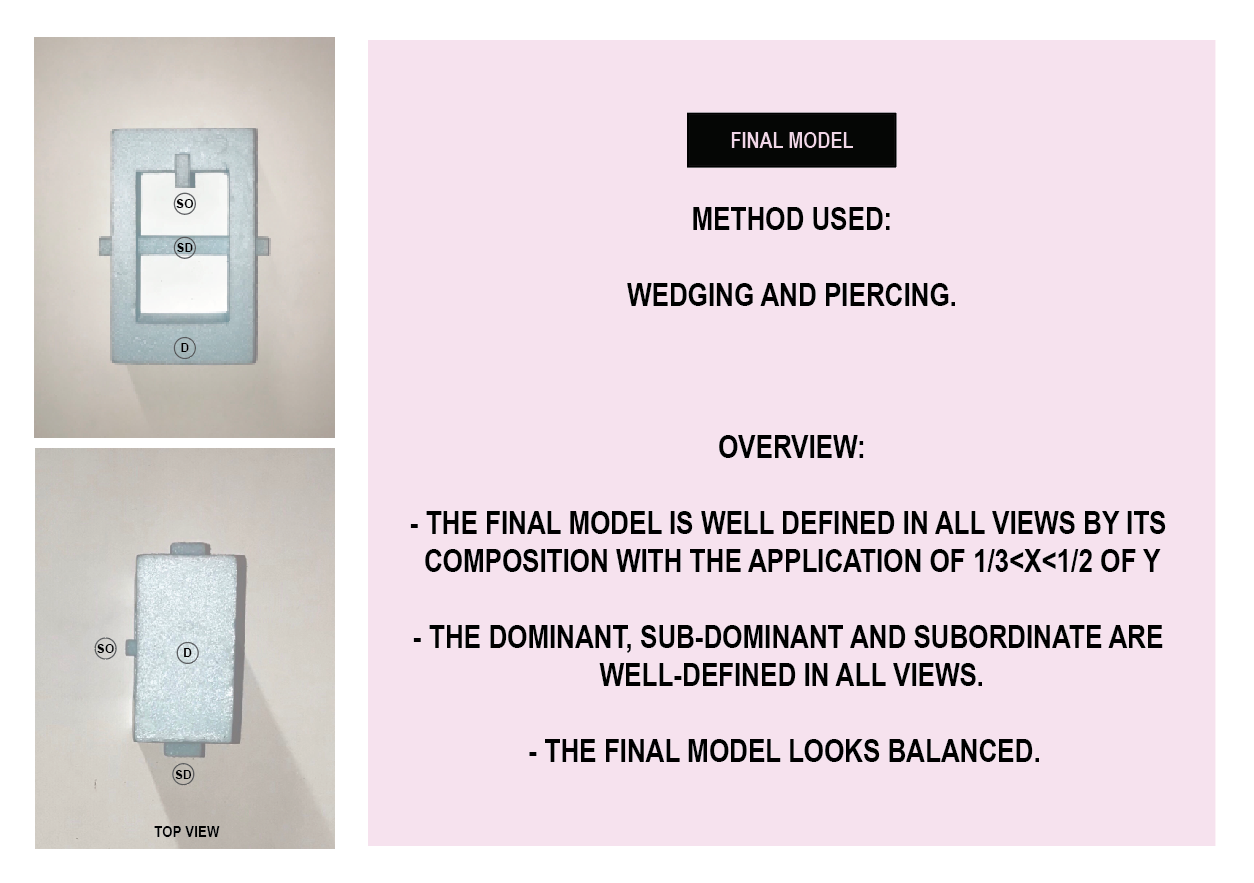 I really wanted to play with texture and the density of the materials I used. The texture of rough cement versus the smooth wood. 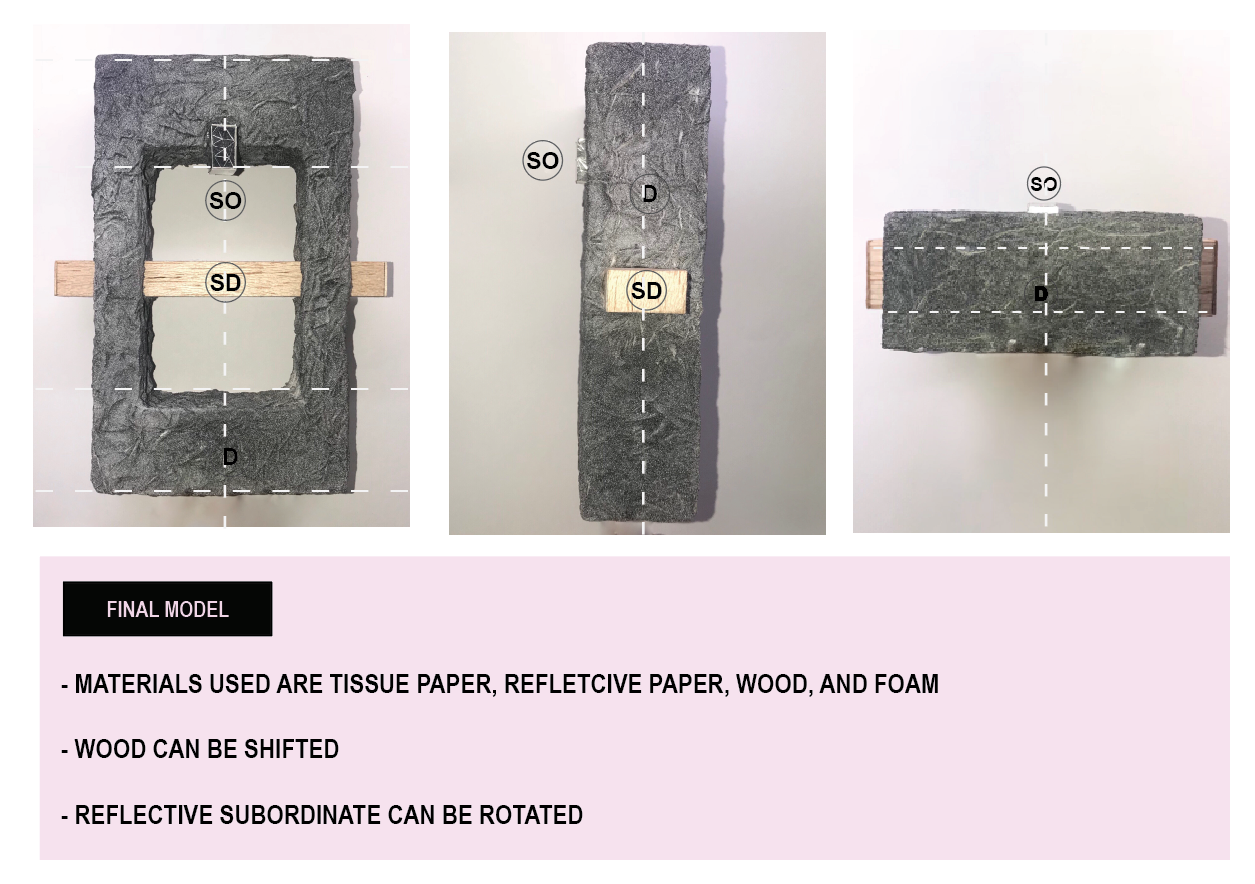 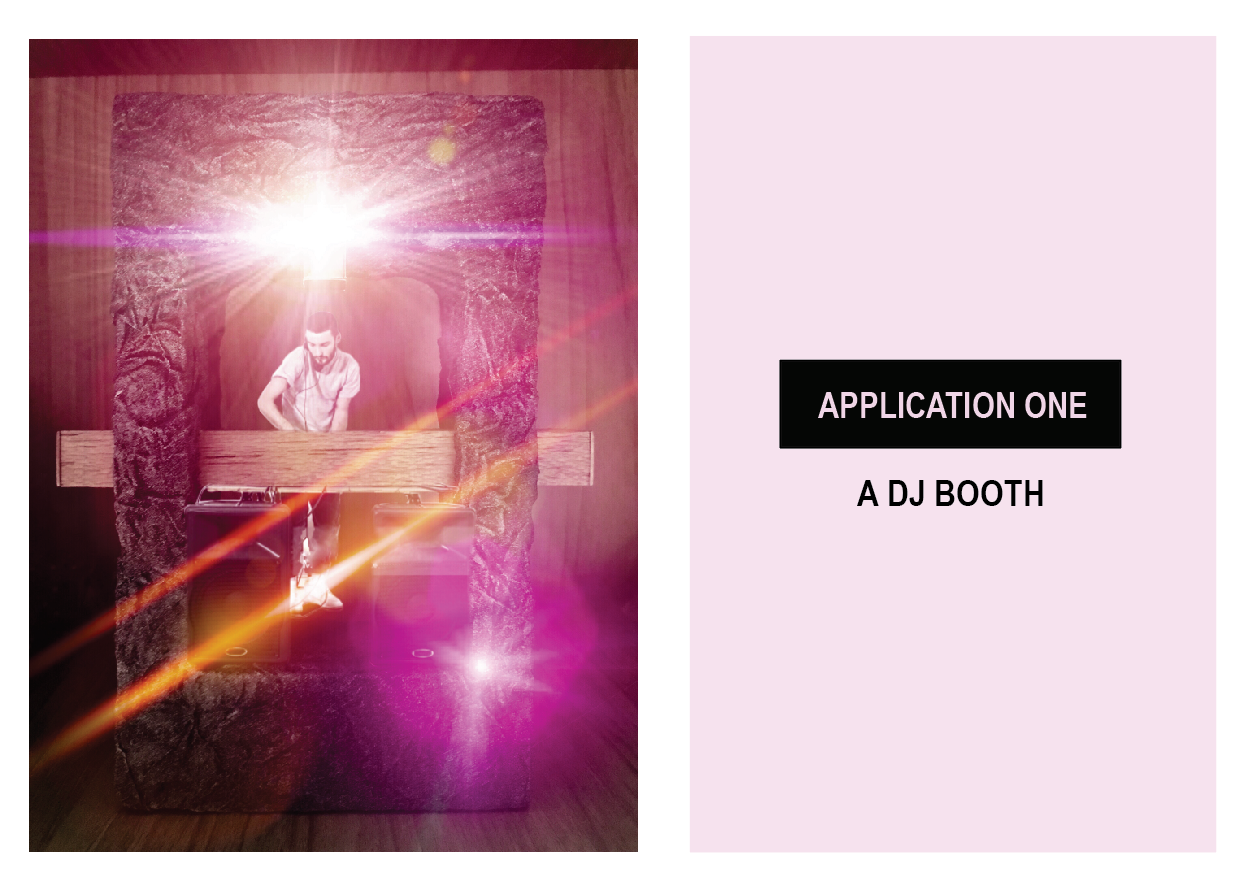 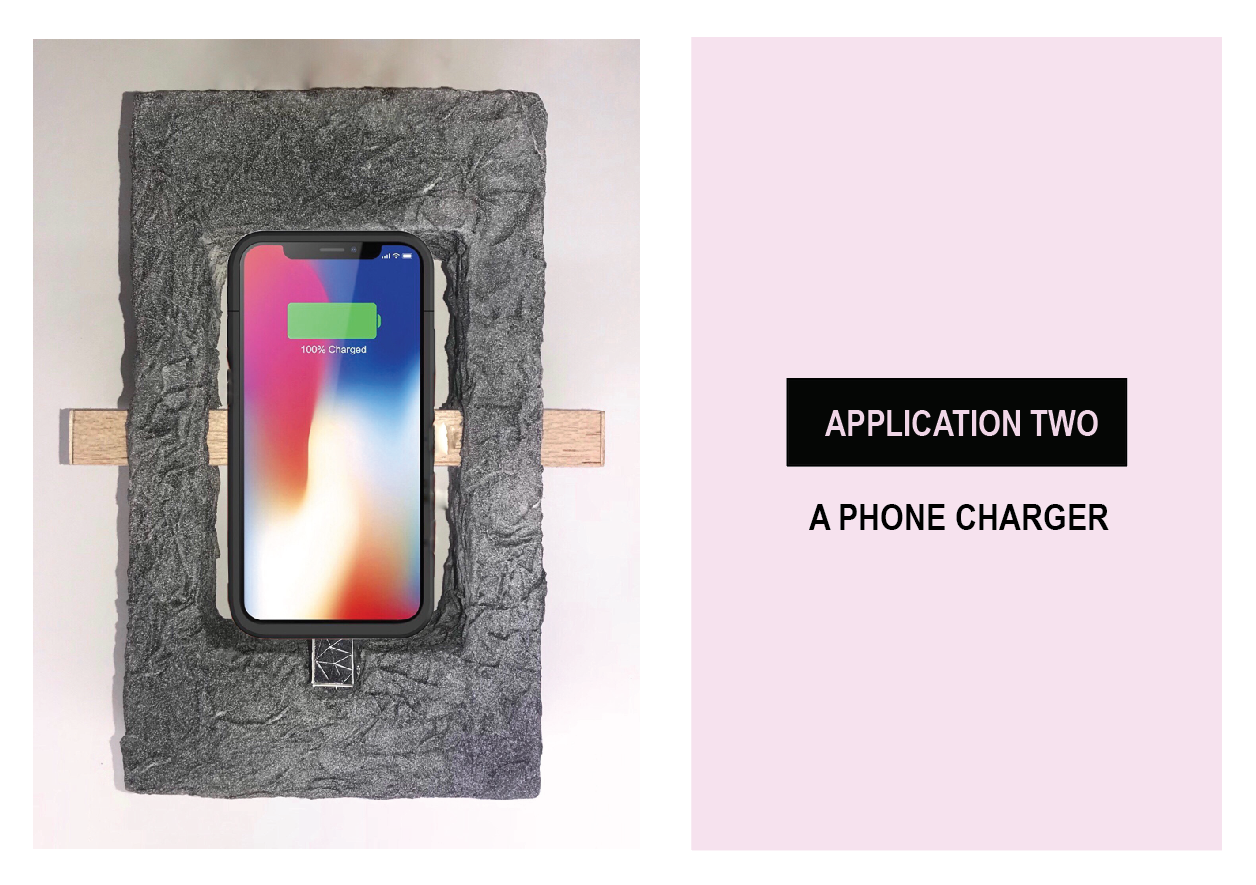