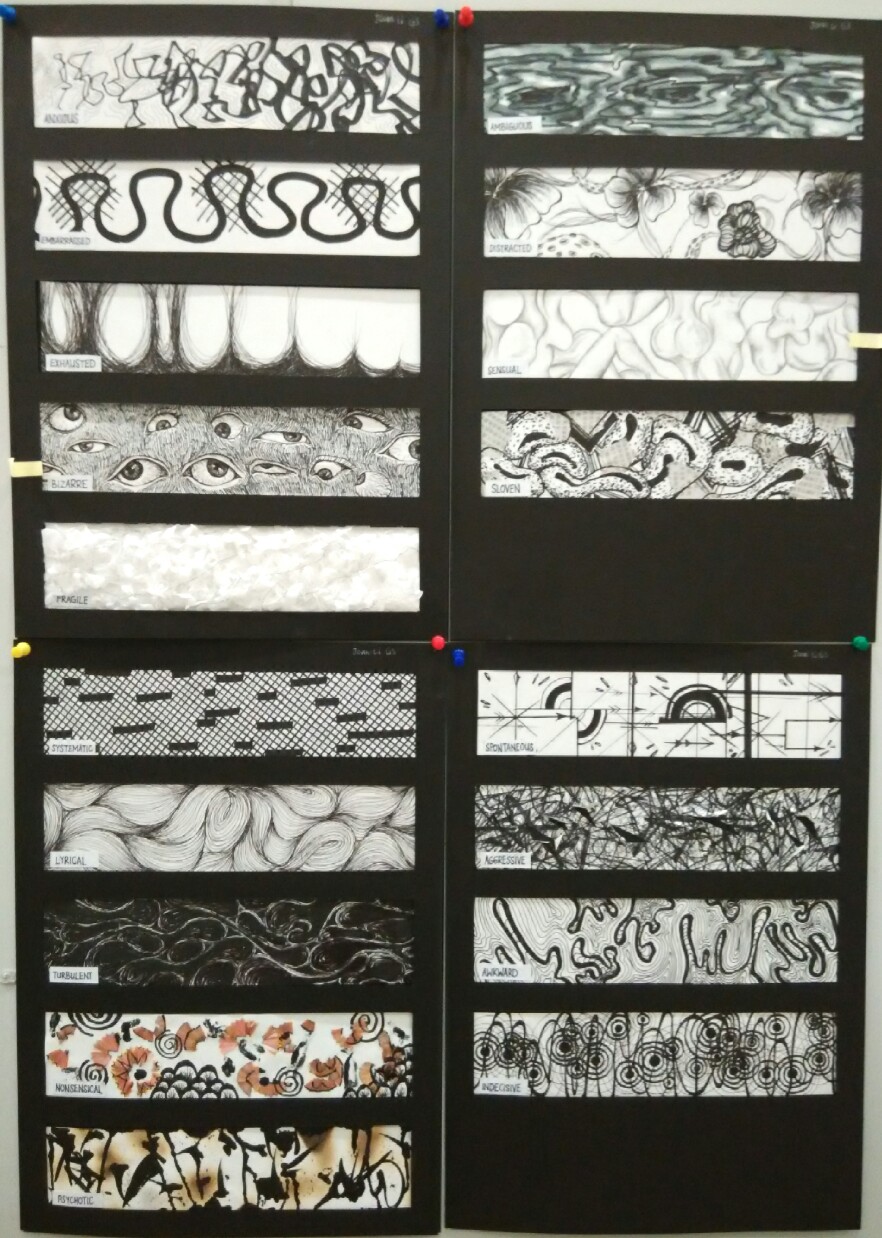 1: Bizarre
The definition of bizarre is very usual, peculiar, strange, odd. To me, it is to remove a certain subject matter from its natural habitat and place it in an unfamiliar one, such that the result surprises people. When I first encountered the word, the first images that popped up in my mind were aliens and crazy eyeballs. After some experimentation with the two subject matter, I settled with a multiplication of eyes throughout the strip. The eyes differ in both shapes and sizes, and are directed towards all sorts of directions to create a sense of frenzy. Furthermore, I juxtaposed the eyes against a hairy background to make it weirder, as eyes are usually not associated with hair.
Pen and marker are used throughout the strip, producing both thin and thick strokes; mainly thin for the texture of the hair and the irides, and bolder lines for the outline of the eyes.

2: Sensual
The definition of sensual is the arousing gratification of the senses, or simply physical pleasure. To me, the word sensual is soft but varies in pressure. It is pleasurable and enjoyable, almost like a massage. After some experimentation, I discovered that the use of pens and markers are too harsh for such a gentle emotion. Hence, I decided to use graphite(2H-6B). As it is closely associated with human skin and body figure, I made use of mainly curves for my subject matter. The suggestive looking curves are repeated throughout the strip in various orientation and sizes, and the crisscrossing of subject matter symbolizes the intimacy between two genders. As the word also reminds me of dim lighting, I shaded some of the areas to show slight tonal contrast as well as the nuances of the body form.

3: Fragile
Something that is fragile is easily broken or damaged, weak and vulnerable. I relate the word ‘fragile’ to items that are very thin, translucent/transparent, brittle, or already have cracks on them. This henceforth began my exploration of frail lines. I started with ballpoint pen at first as I thought it would be the most effective in showing the pressure changes within a frail, delicate line. However, I soon delved into the use of 3D materials to reproduce the same effect, and particularly liked two of them – tissues and thread. As tissues are very soft, easily torn and disposable, I thought it would be a good idea to shred them and stick them on my strip. The fluffiness, coupled by the fact that the strip itself has become fragile, accurately brought out what I imagined ‘fragile’ to be.
Inspired by a lose thread from one of my clothing, I turned the white threads into dotted lines using a marker. By placing them loosely across the fluffy tissue surface, a texture resembling a cracked surface is produced. 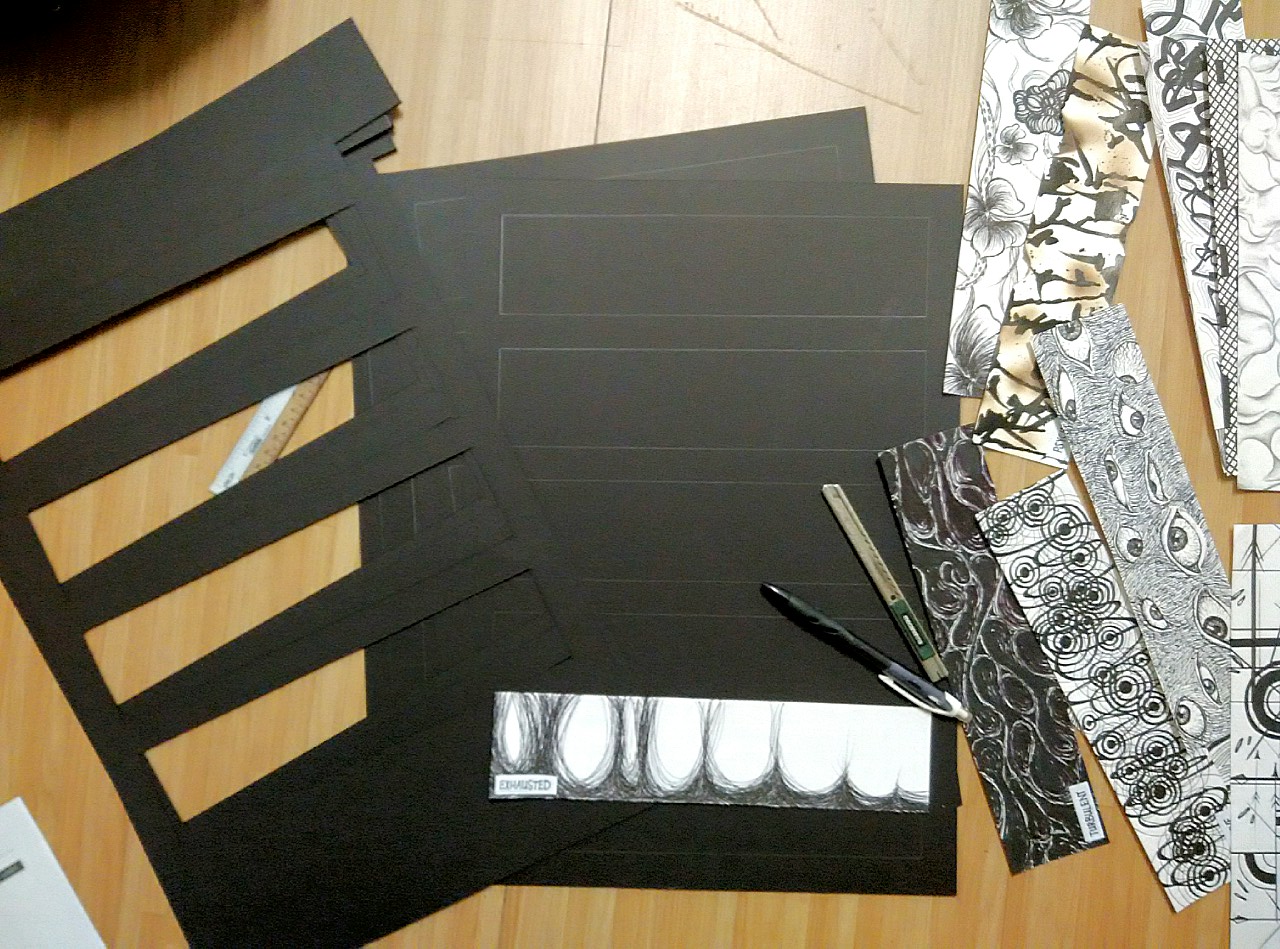 When I first encountered this project, I had no idea where or which one to begin with. In an attempt to clarify the jumbled emotions, I had broken down each of them based on both their definition & my own interpretation.
I recalled the times where I experienced each of the emotions, and translated them onto the paper. This led to an exploration of the use of dots, lines & shapes, and the manipulation of which to produce a sense of harmony, unity, movement, balance, etc.