I’ve always thought that a broccoli looks like a mini afro. So… how else can we style this afro? 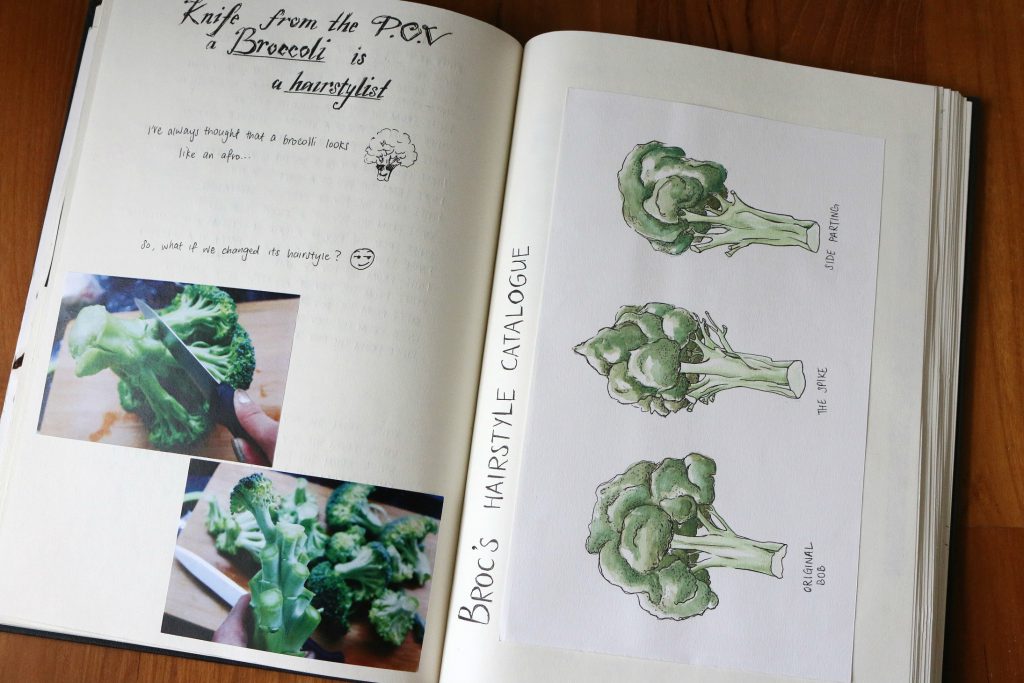 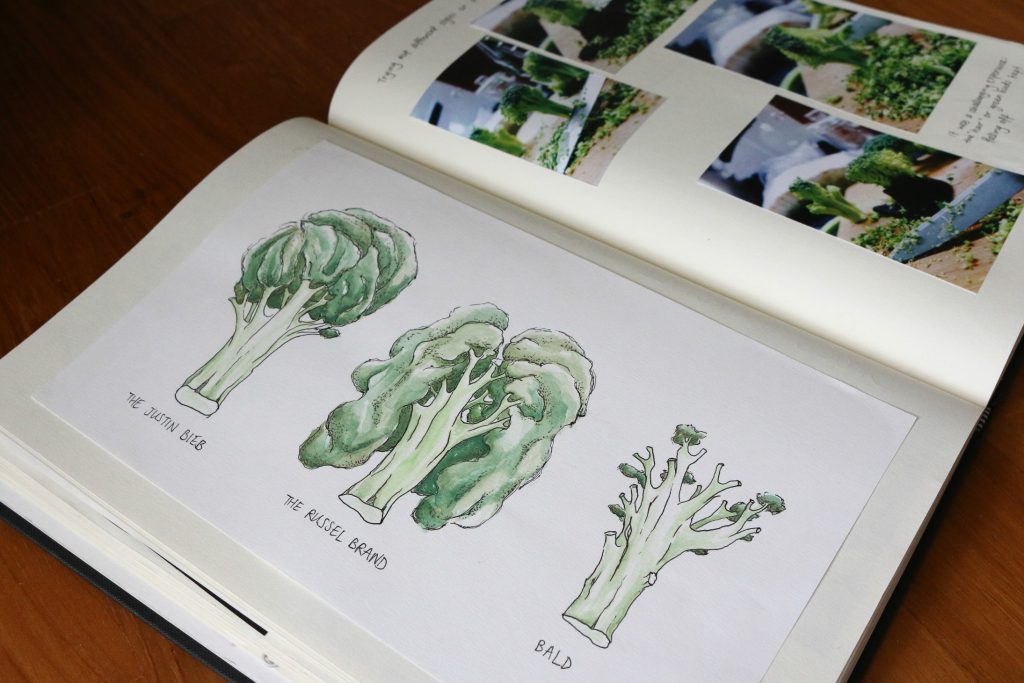 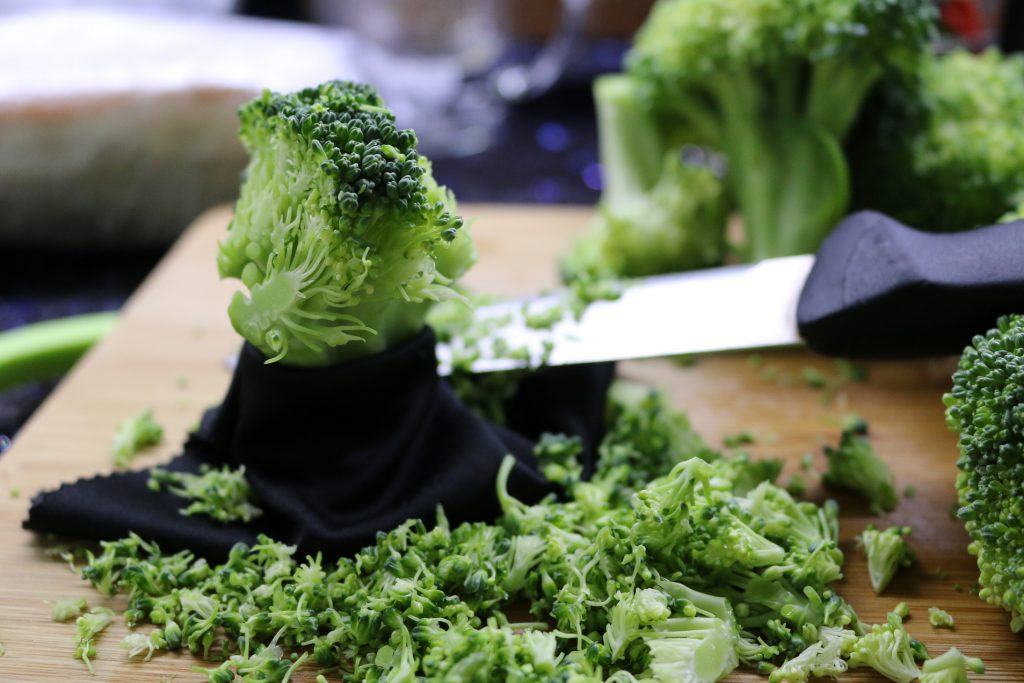 Exploring different hairstyles using a real broccoli!
It was quite difficult to achieve the desired range of hairstyles as the ‘hair’ of the vegetable was quite brittle. However, I was quite satisfied with the outcome of a few of them. (Like this mohawk ^) 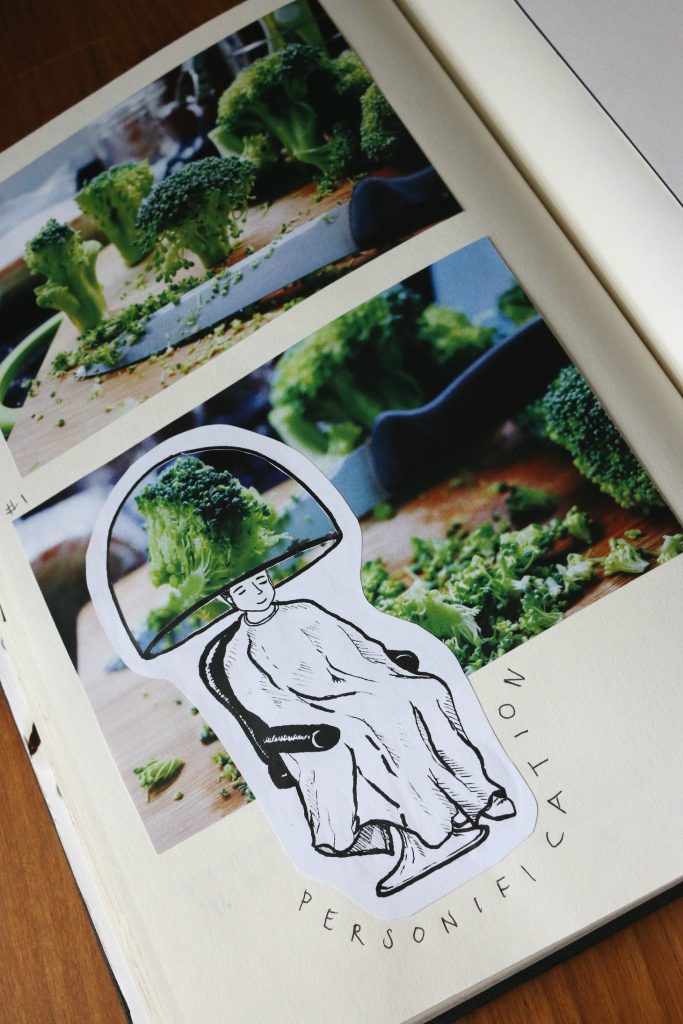 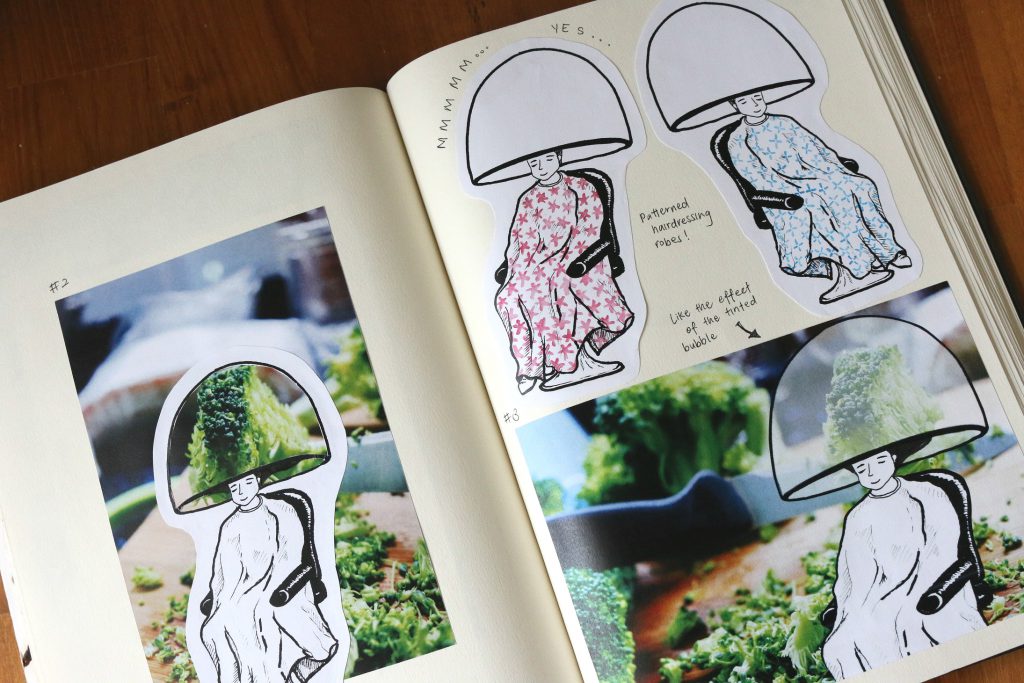 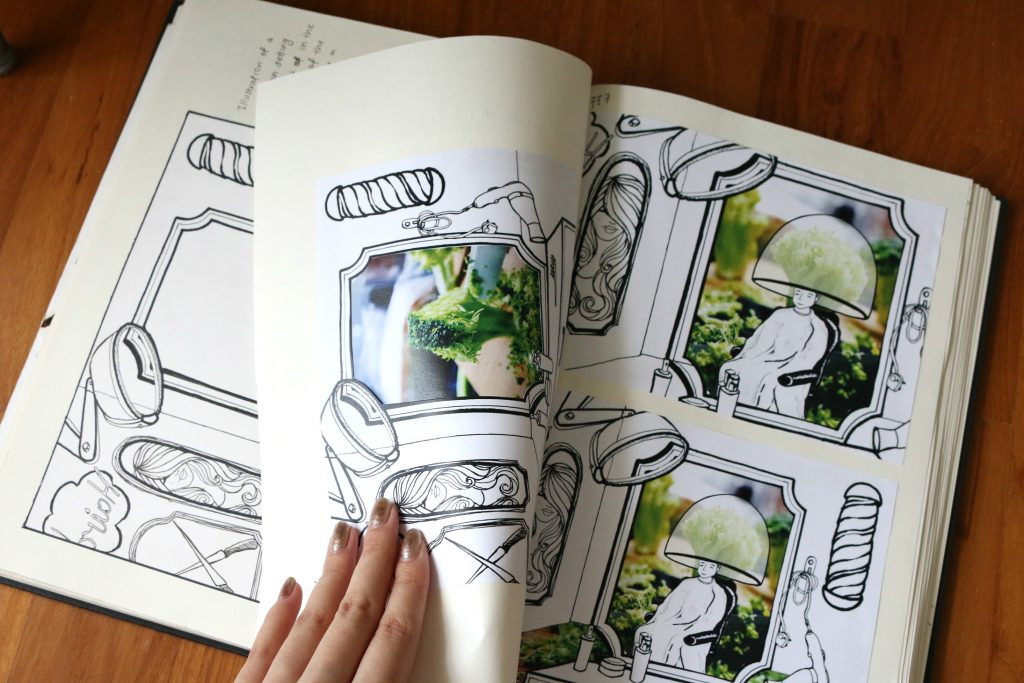 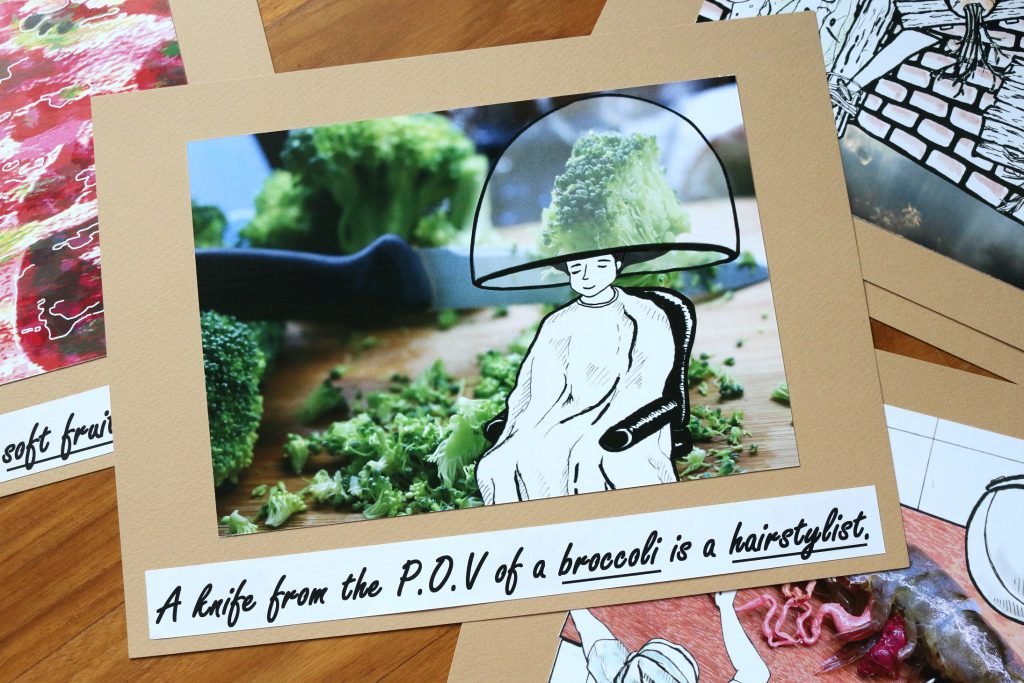 Isn’t it horrifying (horrifying for the carrots, not us) that the first thing we do when preparing carrots for cooking is to chop off their heads? 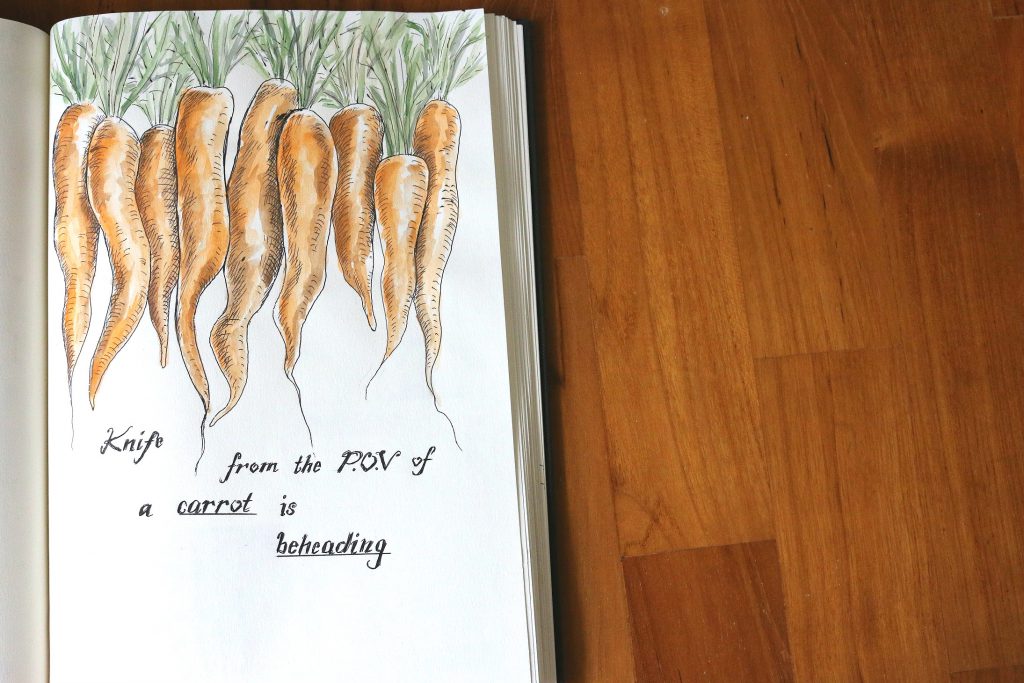 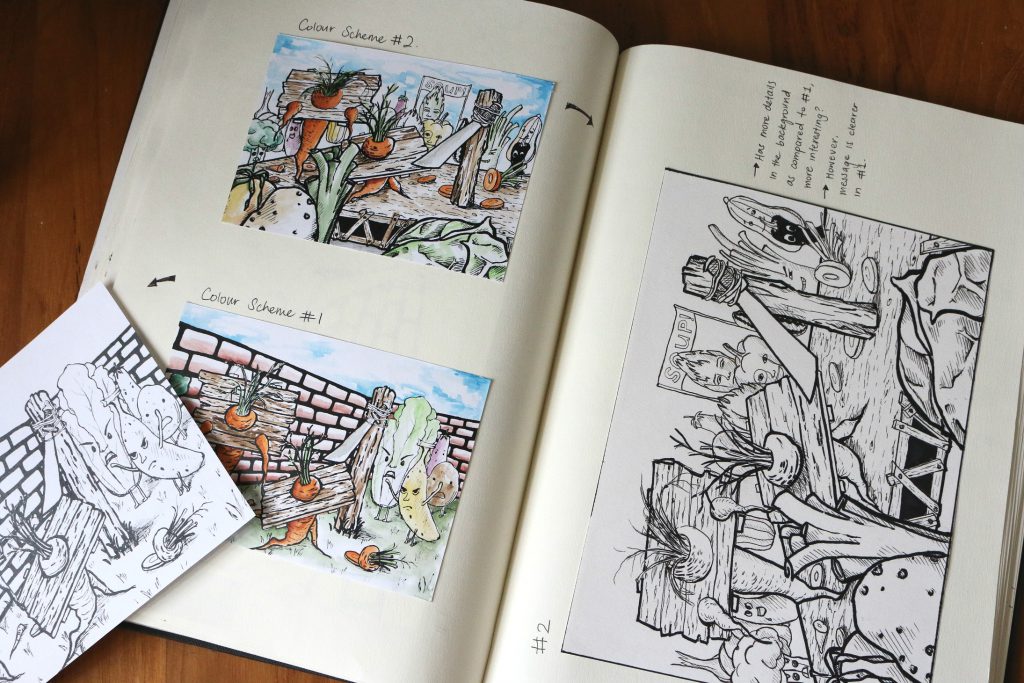 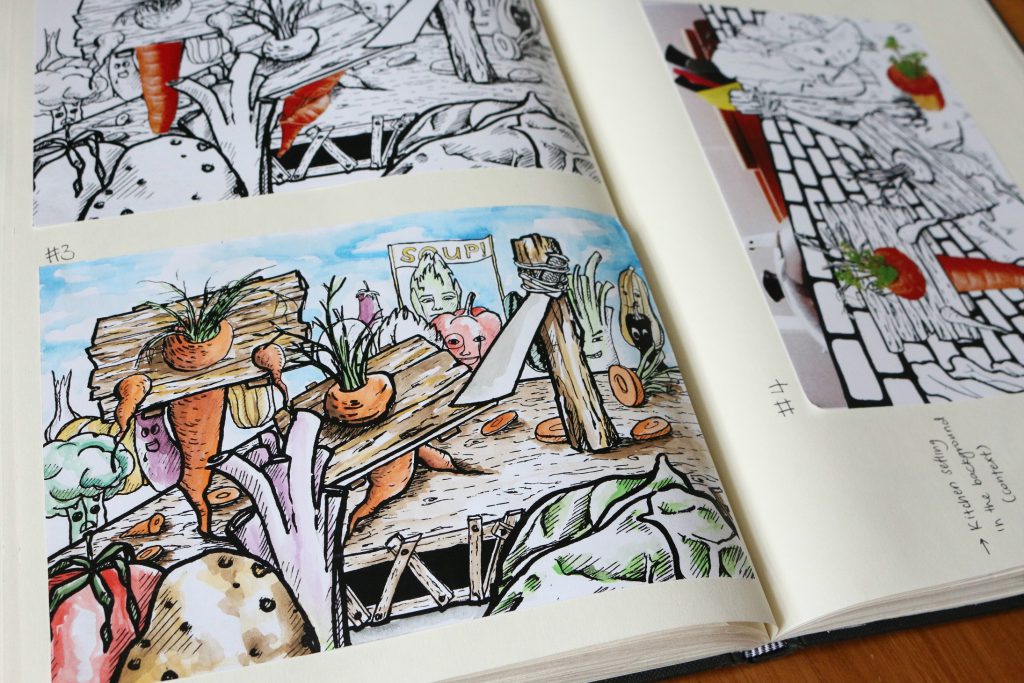 Contextualising the beheading of carrots:
Illustrations of a public beheading in ancient china, with other vegetables as onlookers. 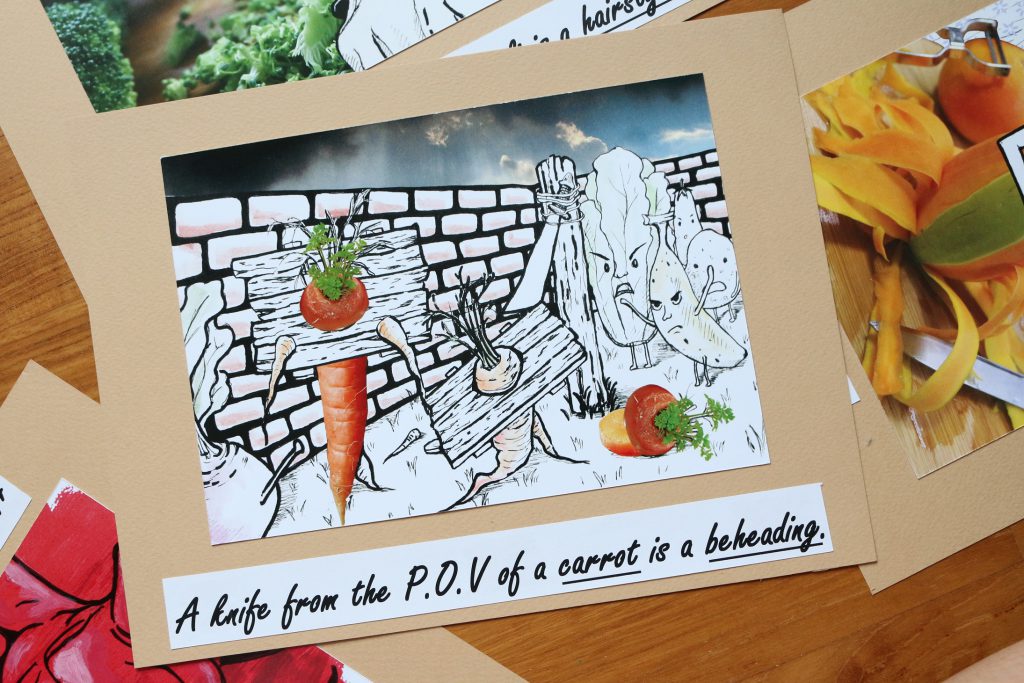 This started off with other fruits like apple, oranges and grapefruits (any fruit that can be peeled with a knife). After some exploration with their shapes and forms, I felt that the shape of a papaya was most suitable for representing a woman. 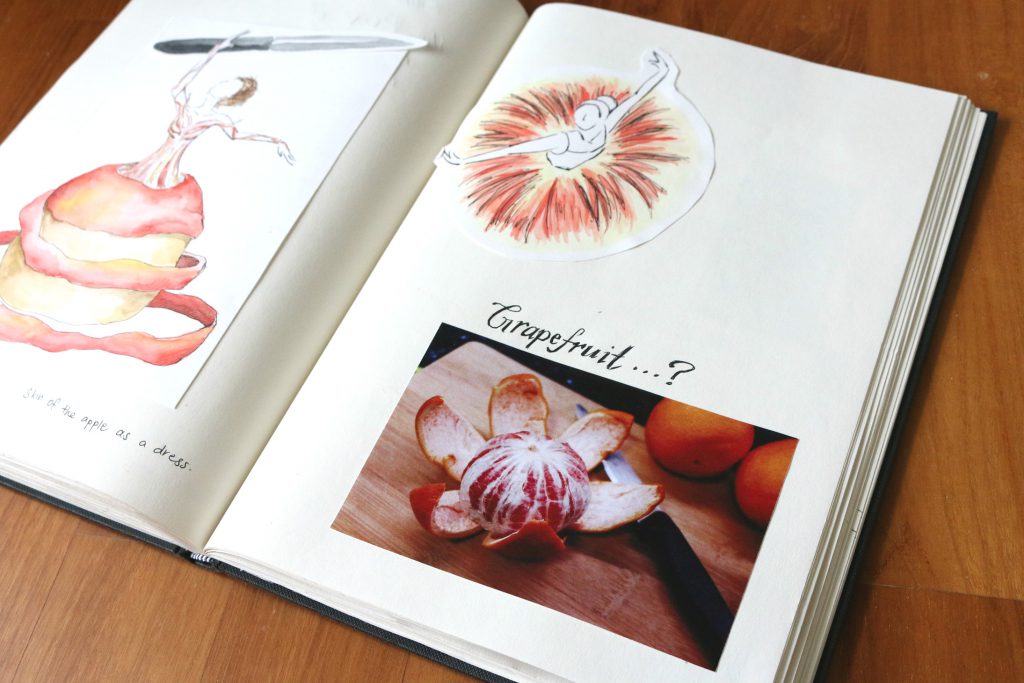 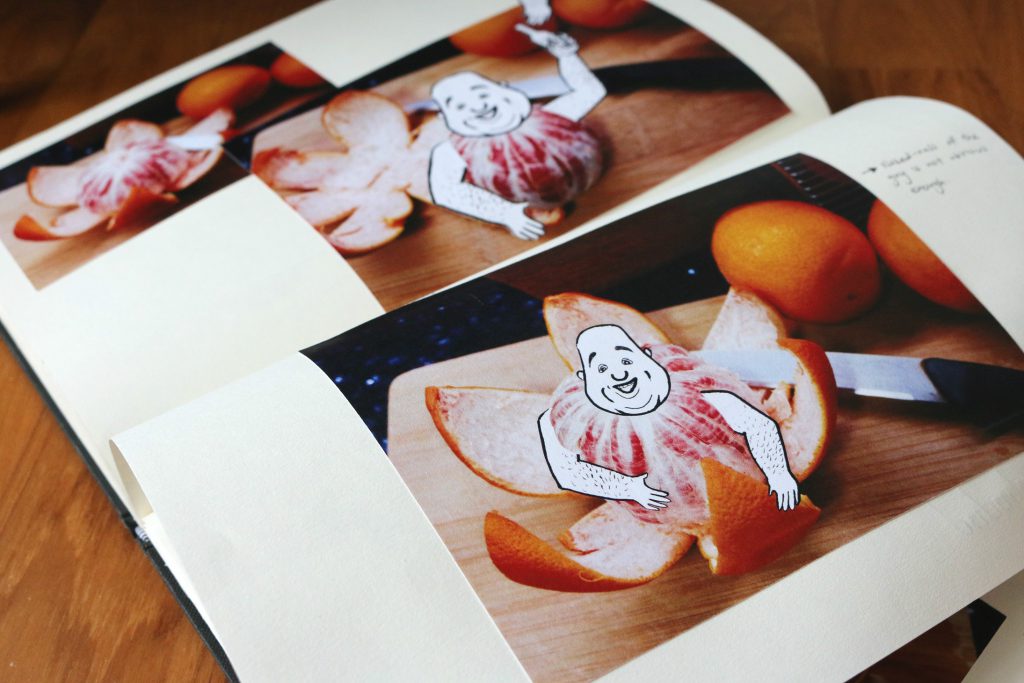 Illustration on a photograph of a peeled grapefruit 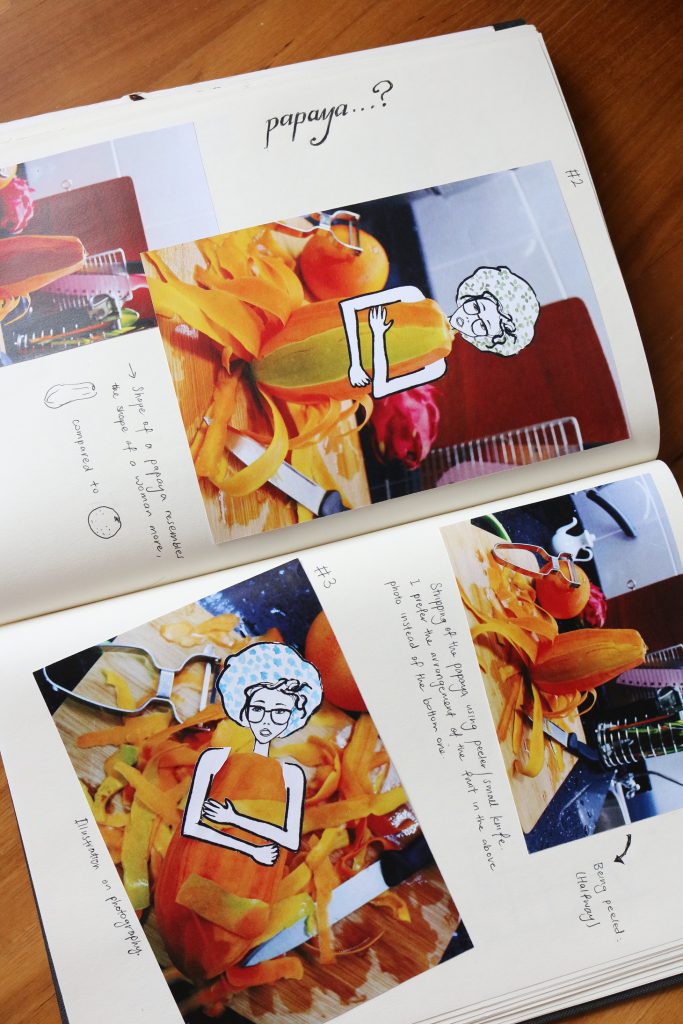 … and a papaya. The papaya is personified as a woman in the shower. She attempts to cover up as the knife strips down most of the papaya skin. 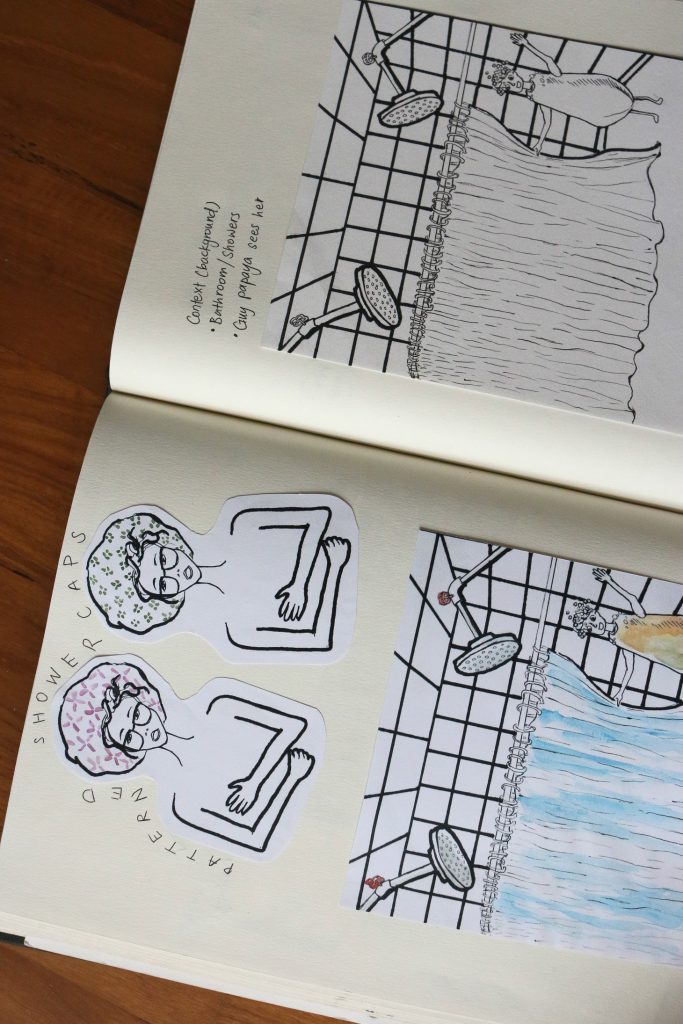 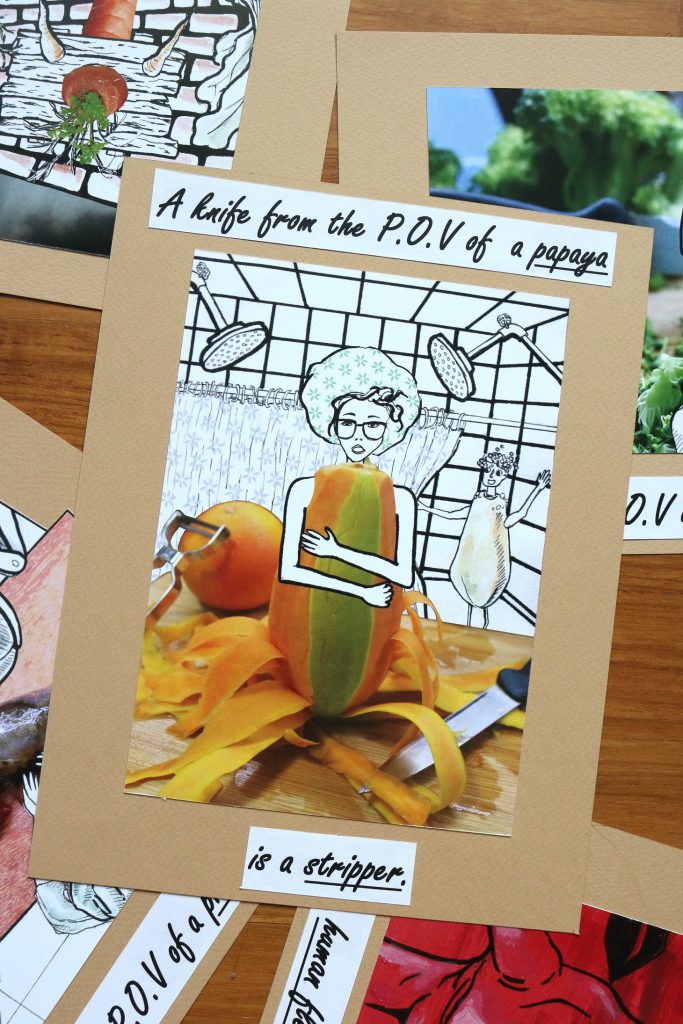 The preparation of seafood usually involves removing its organs first. For example: the removing of the prawn’s intestines, fish organs, etc. 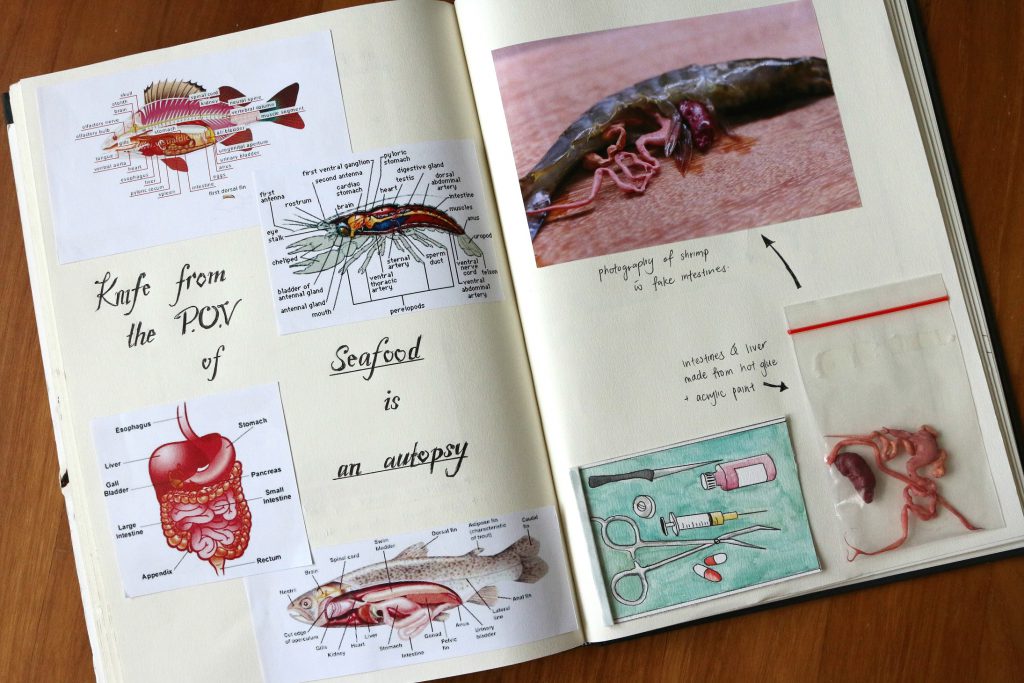 Fake prawn organs made using hot glue and acrylic paint.
Although prawns only have one strip of removable intestine in its body, I thought placing a set of coloured organs spilling out from its body would look more striking and convey its meaning better. 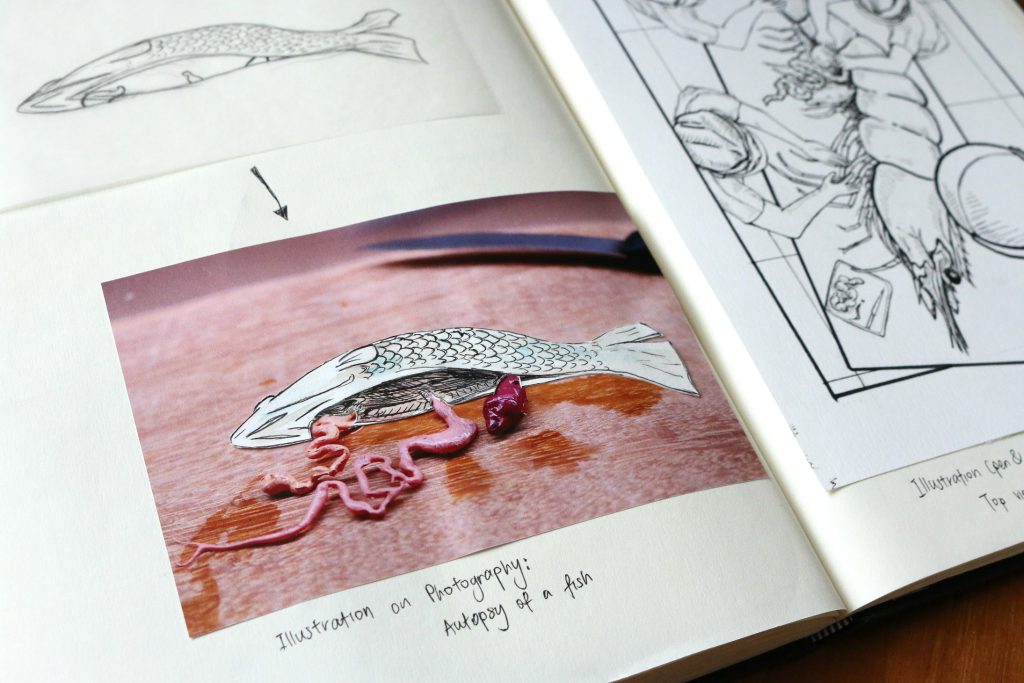 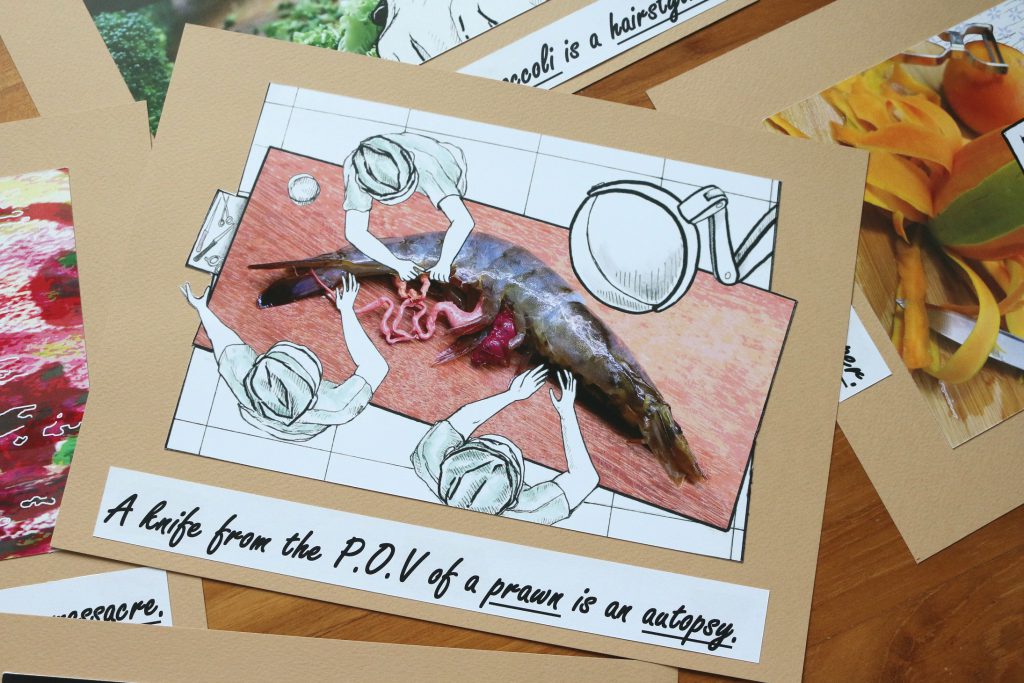 Inspired by fruit smoothies, soft fruits are usually used with milk and ice in the blending of such drinks. Using acrylic paint, I decided to experiment with close up impressions of blending fruits (eg. strawberries, bananas, kiwis, blueberries). 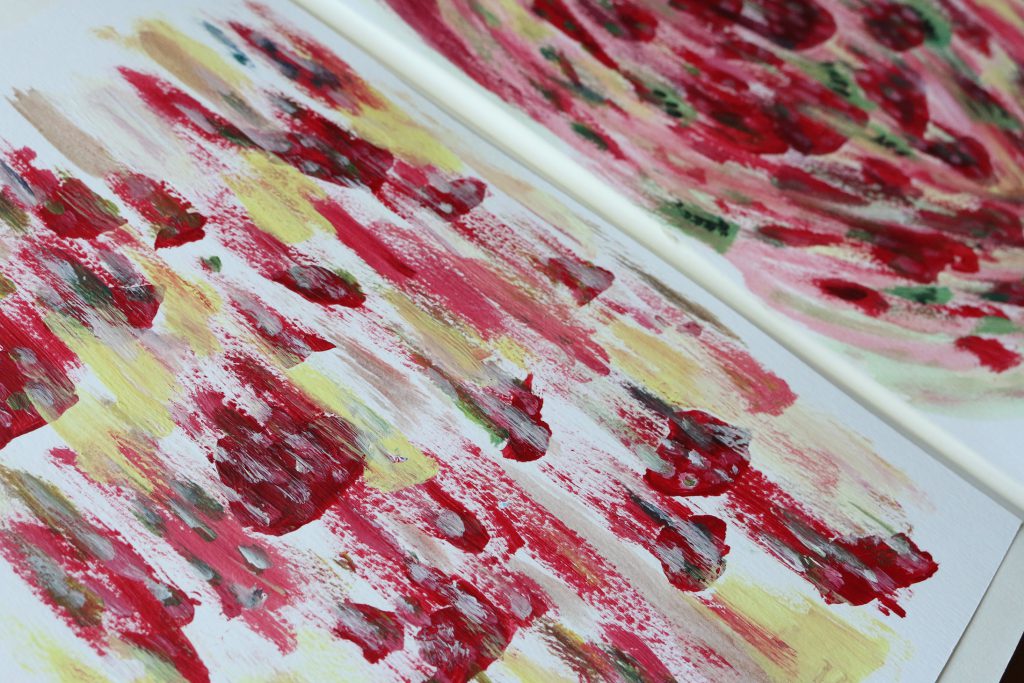 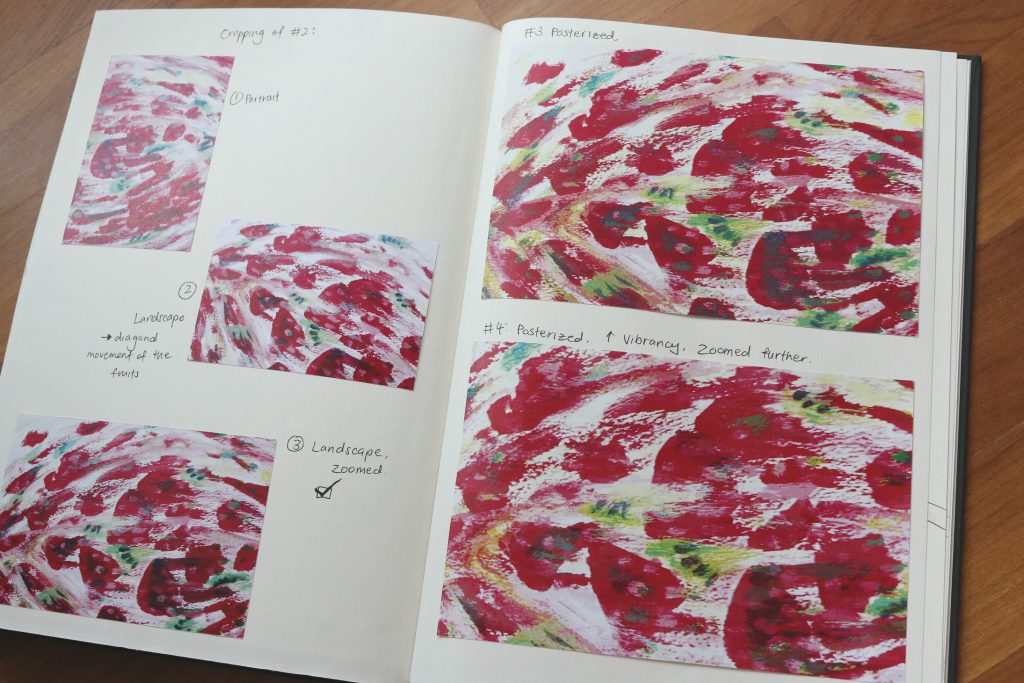 Zooming in and out and experimenting with different ways of cropping the image.
Adding some white lines to define some parts of the fruits and to give the composition a bit more illustrative feel (for coherence with the other 5). 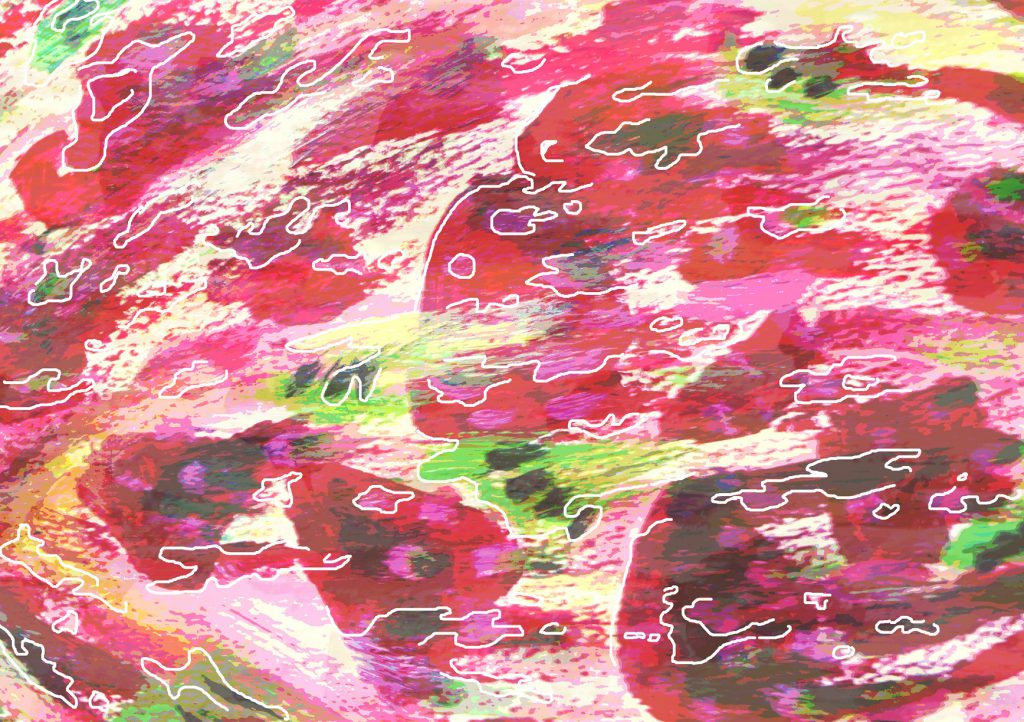 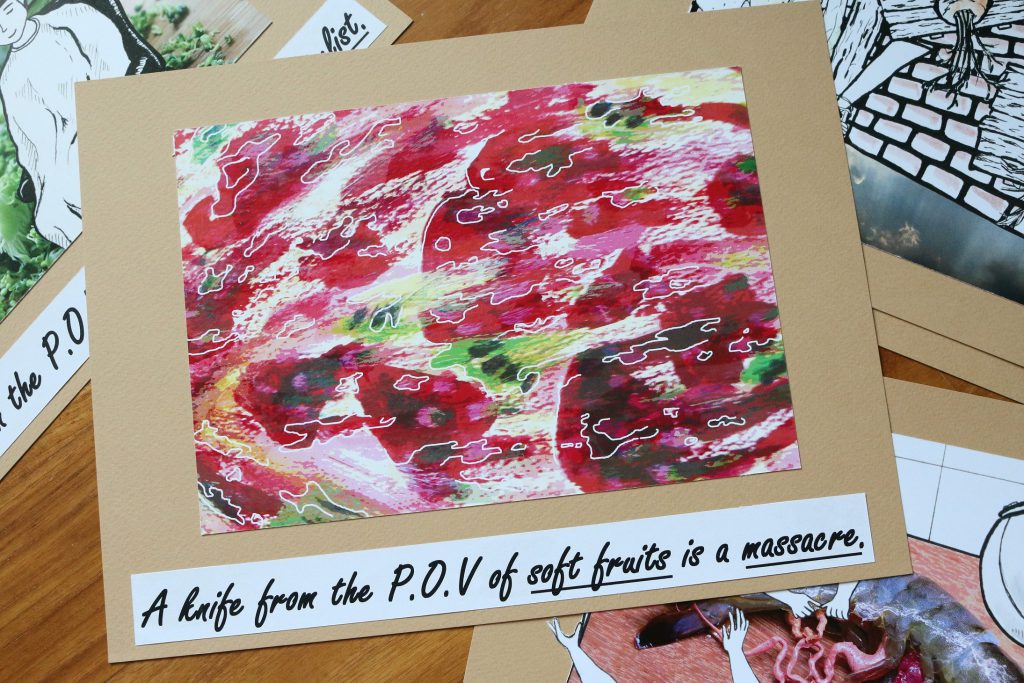 KNIFE FROM THE POINT OF VIEW OF FLESH IS PAIN 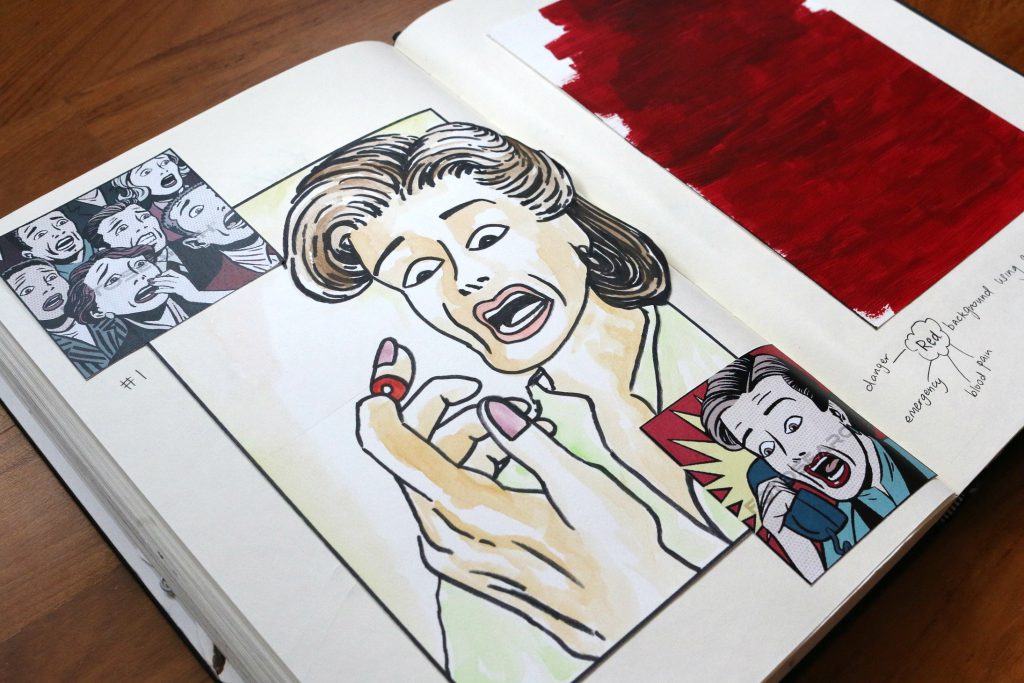 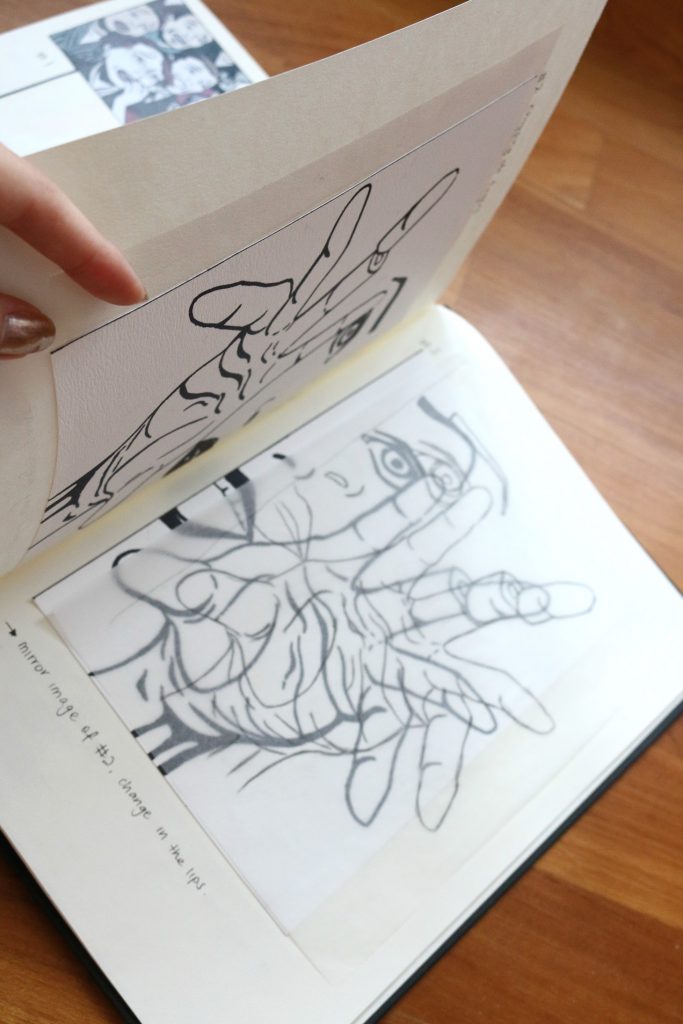 The fuzzy lines on the fingers gives the composition an uneasy, displaced feeling, suggesting the sense of panic when one is injured. However, I thought the details of the lines also conflicted with the details of the red dripping paint. 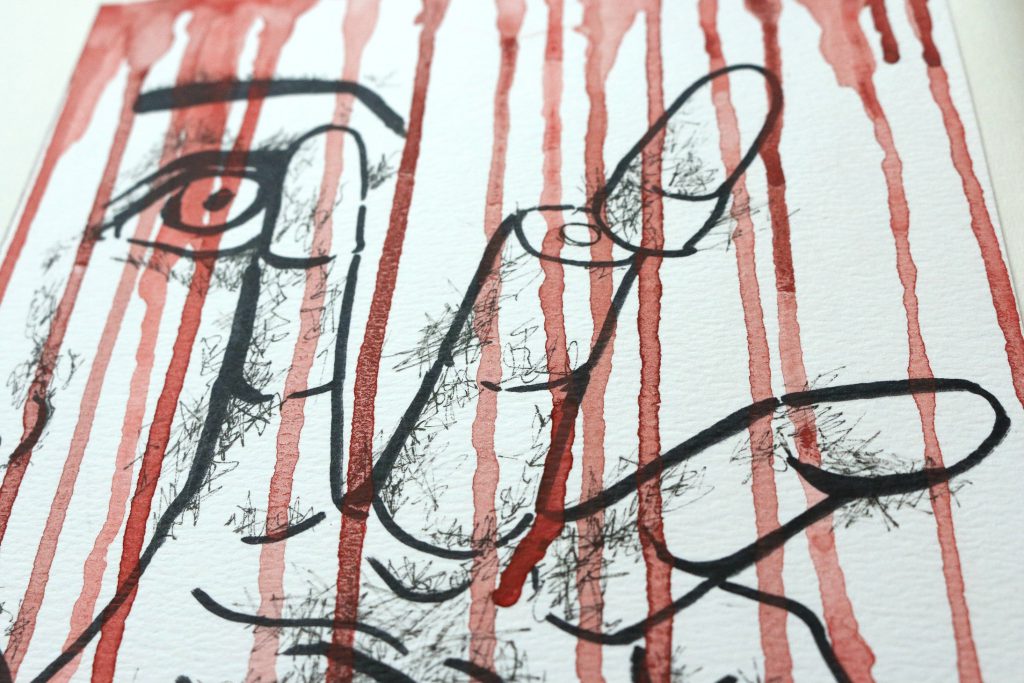 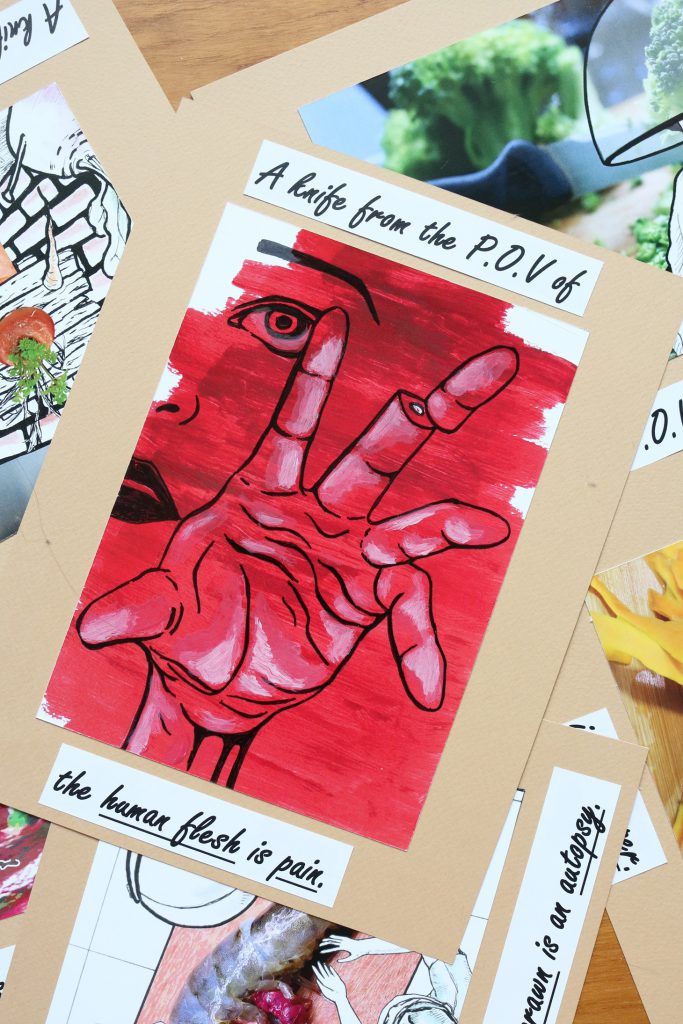