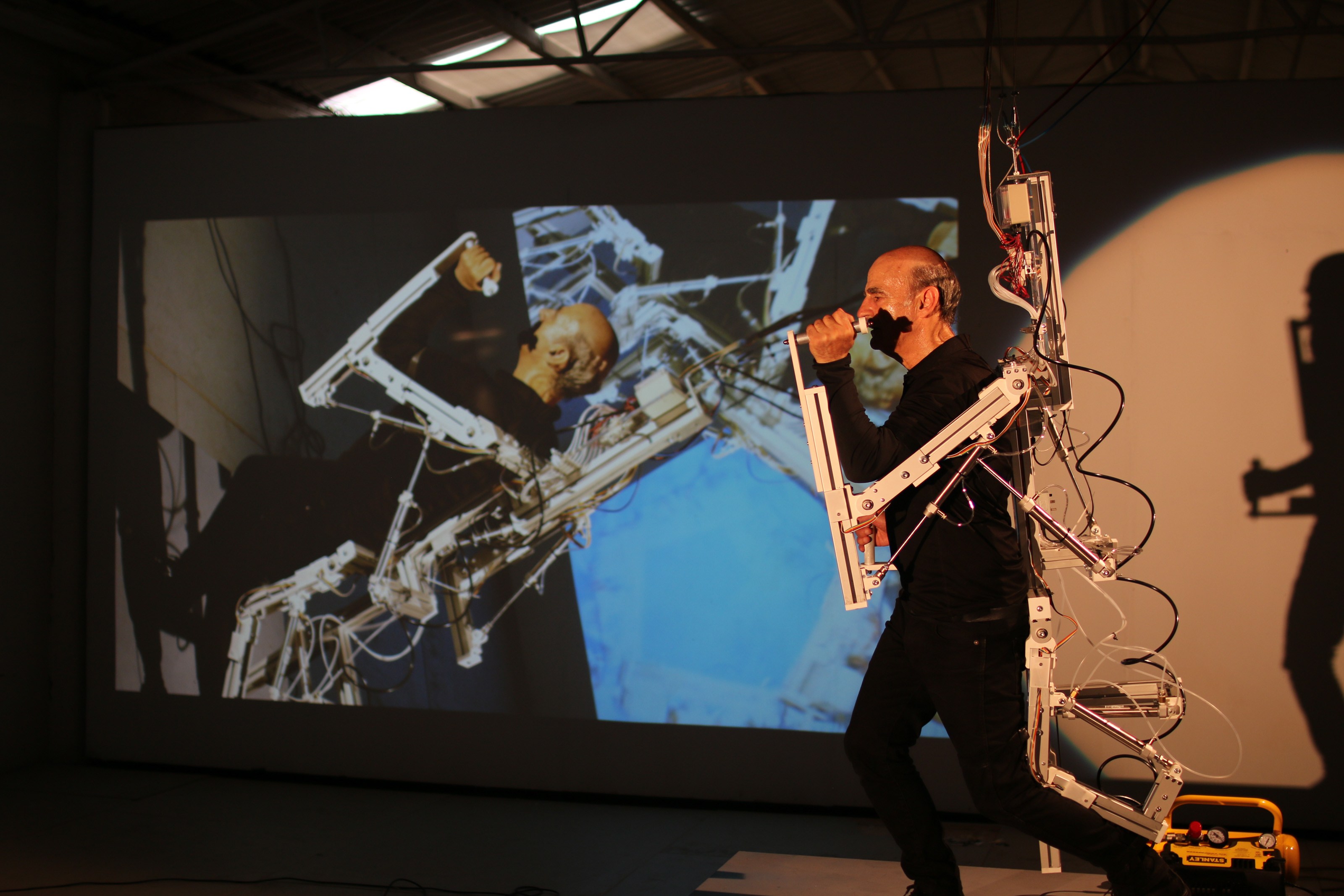 The trip to the ArtScience Museum was definitely an enriching one as it showed me a glimpse of what our future may possibly become. I felt like I had stepped into a different world, with exhibits ranging from being hyper-realistic to being complex or simply quirky. I enjoyed interacting with most of the works, as they helped me understand a little better about where our rapid development in technology is heading towards. The nature of works in this exhibition was very different from what we are normally used to, or worked on in school – in this case, these work are directly integrated with the artists (or humans) rather than separated. It teaches us about how technology can not only benefit us the conventional way, but integrated within our biological selves as an extension of our abilities and senses. 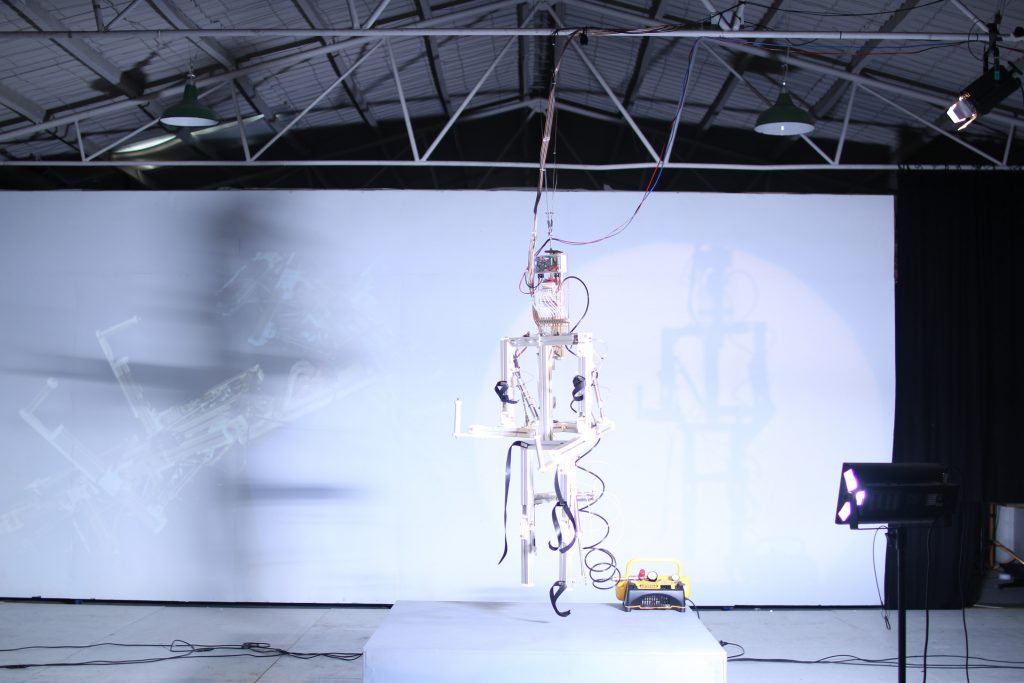 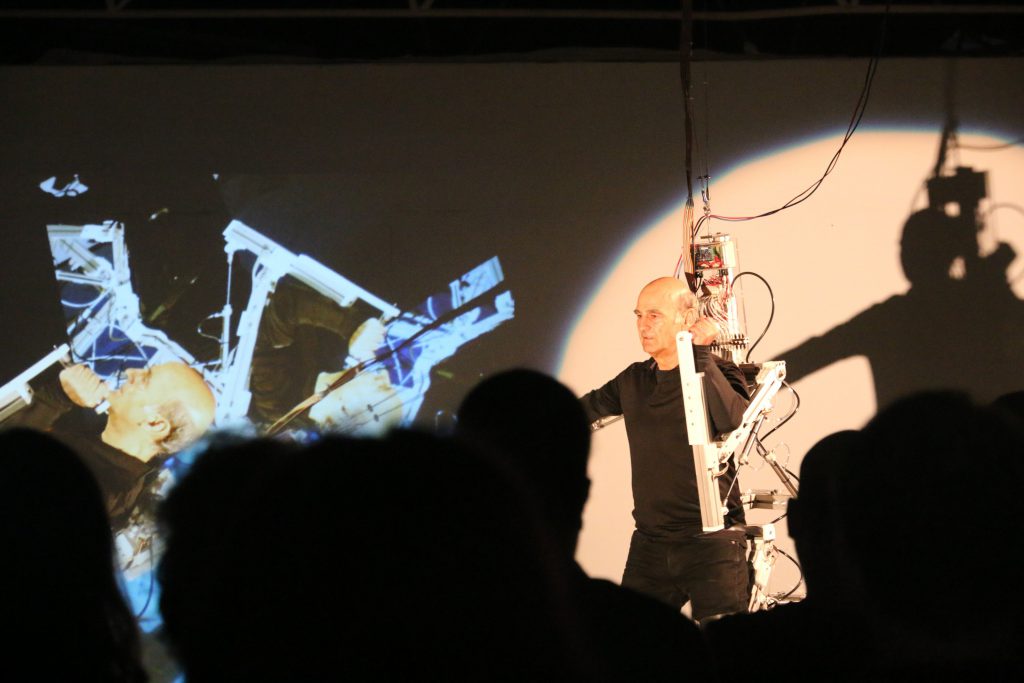 StickMan features Stelarc, strapped onto a custom-engineered robotic exoskeleton that choreographed his movements remotely through a computer algorithm. The system could generating up to 64 possible combinations of movement, with the help of accelerometers and gyroscopes attached throughout the robot. As it moves continuously, his body movements are tracked simultaneously. Fluctuating waves of sound are also produced as the spine and limbs shifts.

Stelarc’s works were shown near the beginning of the exhibition, and it certainly captured my attention despite being only in video form. I was first captivated by the uninterrupted, seamless movement of the exoskeleton that Stelarc was strapped on. Its swift movements, twists and turns reminded me of a sci-fi action movie, like Transformers or Pacific Rim. As I continued watching the video, many thoughts came to my mind. How is he so calm? Isn’t it uncomfortable? Doesn’t he feel trapped?

Upon reading the artist statement and description, I had a better understanding of the reasons behind Stelarc’s robotic creations. His works blurred in lines between the human body and robotics, revolving around the concept of the human body becoming obsolete. Unlike many sci-fi movies where humans control the robots, Stelarc lets his robots take control, and in this case, his body movements. For five hours, he was robbed of his ability to move freely, and was instead controlled by his machine which was receiving unknown inputs from a computer algorithm.

Our heavy reliance on technology have yet to reach the point where robotic implants are considered a norm. Stelarc’s concept are hence very unique, as most people are not used to these kinds of robotic experiences, for its dangers include technological failure, claustrophobia, pain or bodily harm. He looks beyond the physical discomfort of the body and focuses instead on the extension of the human body, enhancing basic human abilities through the integration of electronics. One of his notable works (see below), Ear on Arm, was a surgical modification that remotely shares what he hears in real-time with the rest of the world.

Personally, I feel that the world of electronic implants and smart robots is within the path of human evolution in the future. While some ethical issues and complexities may come into play, these explorations and creations will nevertheless arouse curiosity and interest in people, and perhaps help our kind.