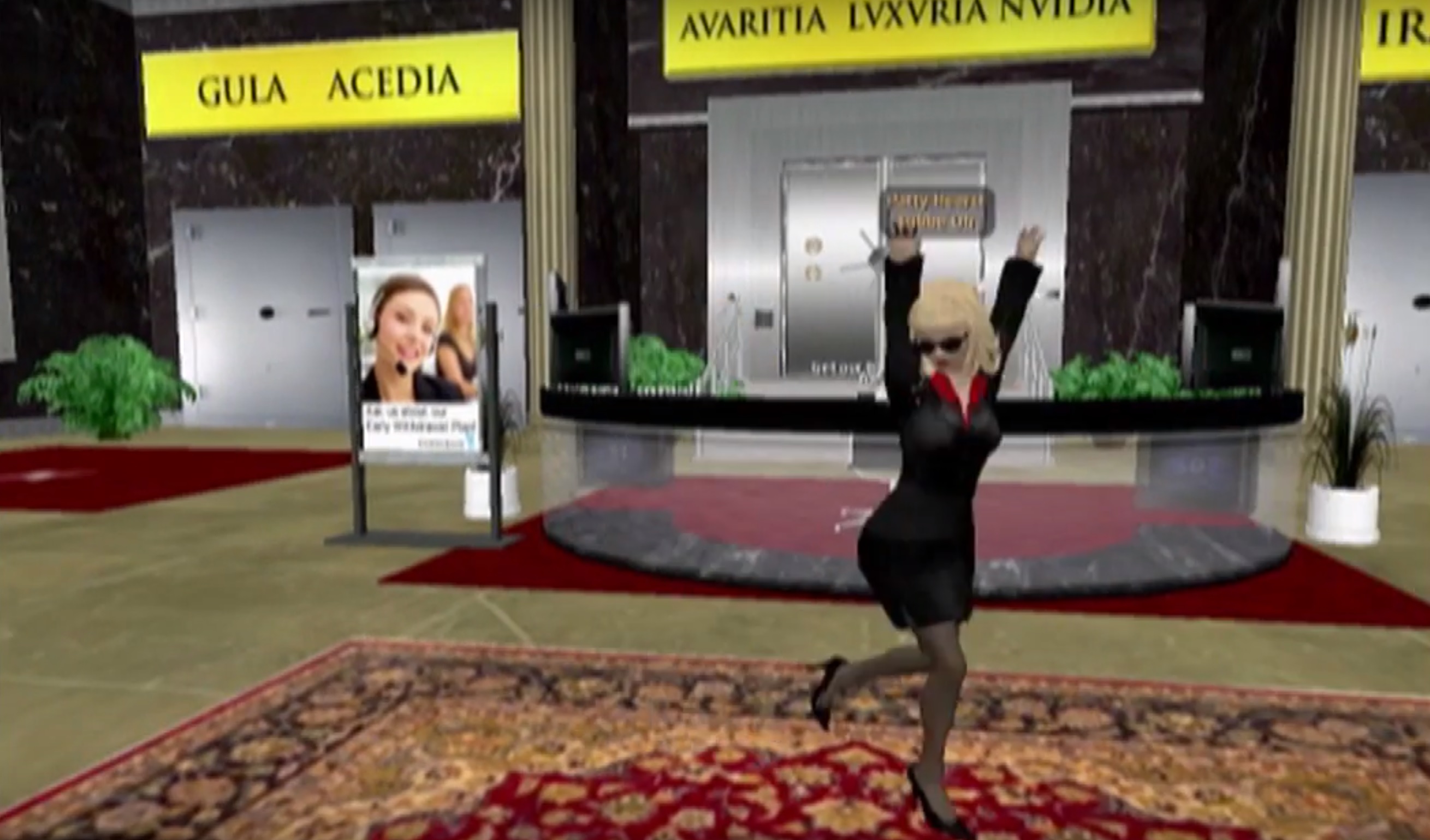 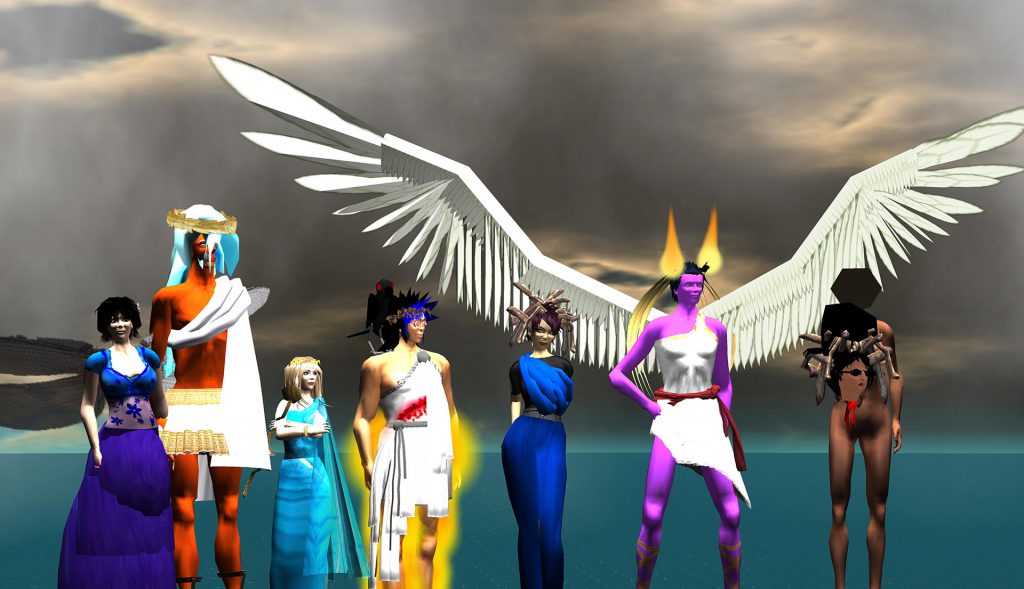 “In many ways, Second Life operates as a
fantastical dream state. We can fly, teleport and pick up houses and
cars.” – Great Escape

VR may not be new to the gaming world, but it is relatively fresh and an unexplored territory in terms of making art, and in this case, performance art. Second front sees Second Life as a venue for creative artistic expression. Most audiences are still foreign to the idea of a performance art in the virtual world, and are more likely to be drawn by the curiosity of it.

Second Life as a medium, is fully customisable and has no boundaries unlike the real world. It allows endless possibilities for creativity, opening up room for absurd artistic expressions that could defy the laws of nature of the real world.

It allows for crazy, large-scale works that would have been extremely costly to reproduce or not normally achievable in real life. For example, in the Grand Theft Avatar, large venues and props like the H-bombs, huge banks, helicopters and flying moneybags would look distracting and unconvincing in the physical world, and the same effect would not have been achieved. Even with low quality graphics, these bizarre effects can be seamlessly produced in virtual reality, without constantly reminding audiences from the fact that it is not real.

In the interview, it was mentioned that there was a ‘virtual leakage’ between the virtual and reality, blurring the line between the two. In a way, there is a ‘spill-over’, where the virtual world becomes more real and reality becomes a little more virtual, through control and extension of the self. I thought it was interesting how the artists perceived their virtual selves in Second Life in relation to their real selves.

The physical and the virtual identity can be perceived as two separate entities, where the avatar acts as a puppet controlled by the real self. The avatar, however, has freedom and ability to do things beyond the limits of the physical world. Therefore, the avatar is a virtual extension of the physical self, through which artists can fully express themselves through unconventional means.

I think that the avatar Great Escape occupies a strange nook in my subconscious. When I go to sleep at night, images of the other Second Front members often fill my head. So for me, my avatar is embedded in my psyche, rather than an
extension of myself. – Great Escape

The two identities can also be seen as different versions of the same person. As the physical body lives in the real world, the virtual one lives in its subconsciousness. The artist can switch between the two identities, however different or similar they may be.

Second Front creates unique, unconventional art forms through Second Life, and surprises viewers with their crazy antics that would otherwise be unachievable through traditional mediums. They are opening paths towards a new kind of art in the technologically advanced world today, and is definitely worth anticipating.