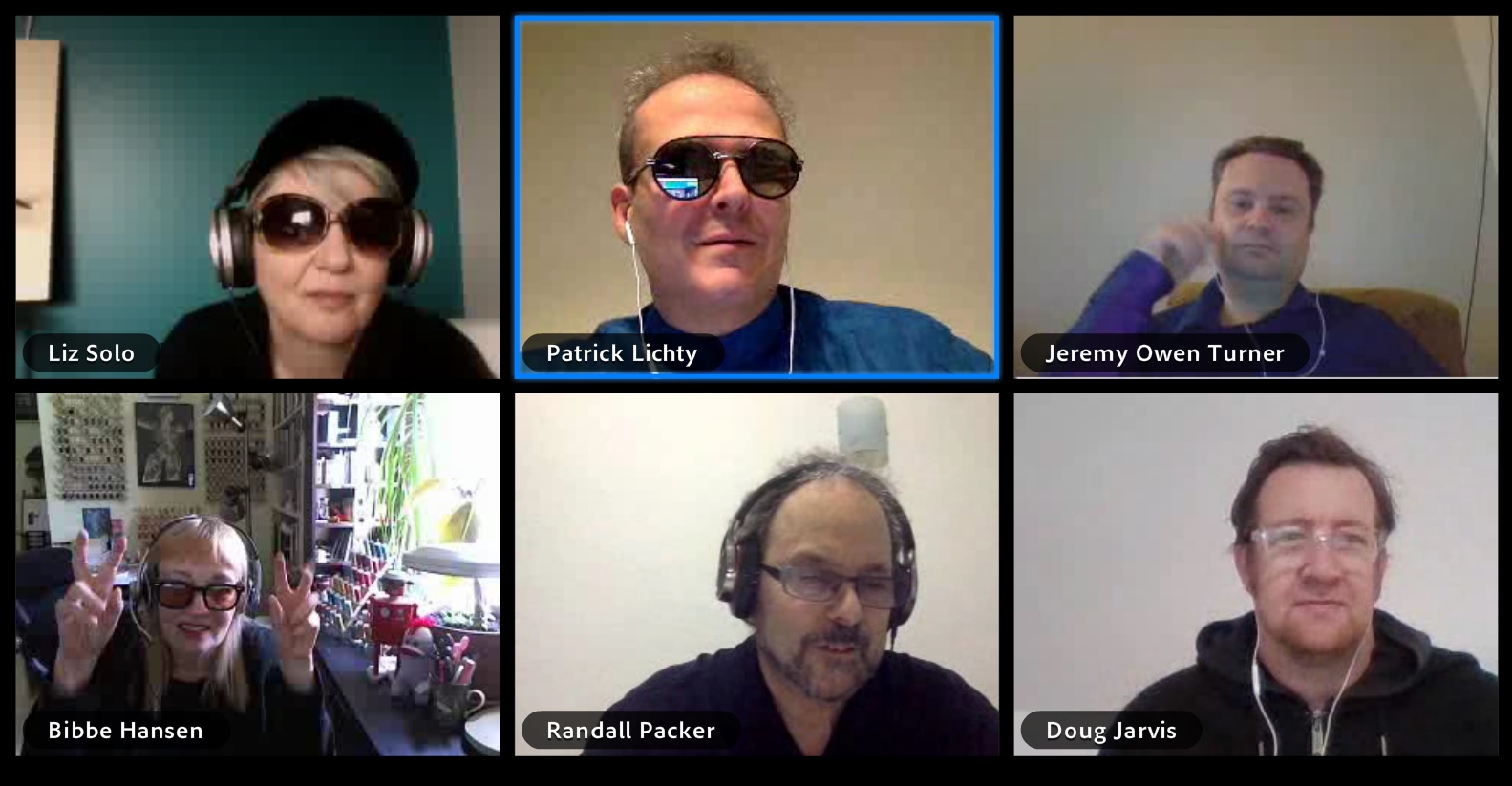 The interview with Second Front was a refreshing experience as we got to be in the virtual space with Second Front! They were all rather laid-back, cool and excited (especially Bibbe), and shared their personal experiences and thoughts about Second Life and their work. They talked about the difference between the virtual and reality, the reason behind their choice of medium and their process behind some of their works. I was surprised by the amount of audience participation in their live performances and how these interactions affect the outcome of their work, as I couldn’t see it in the recorded performances. Hopefully one day I would be able to catch their performances live and interact with them in the virtual world!

I found the fluidity of identity discussed by Second Front rather interesting. At the beginning of the interview, each of the members did a brief introduction about their virtual identities and their relationship with them.

Liz Solo’s character was her virtual puppet, while Patrick, Bibbe and Jeremy’s characters were a cross between their favourite artists, celebrities, musicians, and other media influences. It seemed like their identities on Second Life were more of an alter ego than a personal extension of themselves, and an idealised blend of their favourite characters. They could assume the partial identity of another person and act freely with it. Second Life was a channel through which they could express themselves in ways that they can’t in the real world, or as Bibbe would say – “Second Life sets me loose.”

In the virtual world, a character’s identity is something like a mask that can be copied exactly and controlled by another user. This interchangeability of avatars allows further exploration of possibilities in Second Life. One example of changing identities in their work is the Grand Theft Avatar. 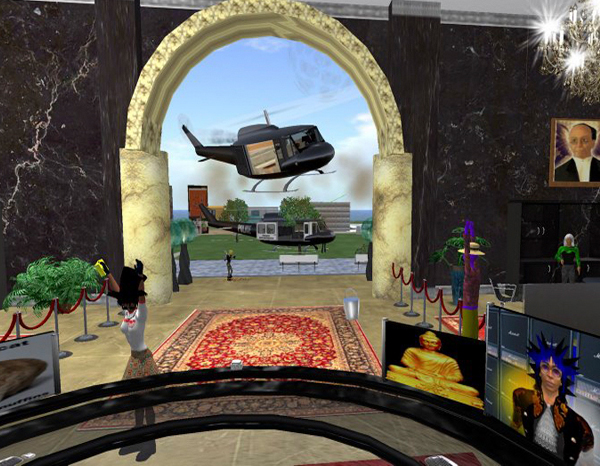 Grand Theft Avatar was a live performance at the San Francisco Art Institute as part of the “From Cinema to Machinima” panel. It depicts a local bank heist, where the Linden Treasury was robbed by a group of professional robbers. The robbers then flew off in helicopters, freeing the loot from the sky in the process.

In this performance, members of the Second Front started off with their usual virtual identities, and then changed their avatars to impersonate the members of the panel, before embarking on the bank heist.

Prior to the interview, I had a few questions prepared and one of them was this:

“How real is Second Life? If you were to perform the same content on a physical stage, would it feel any more or less real, compared to doing it in the virtual world?”

One of them mentioned that performing on a virtual stage merely takes the physical body out of performance art – the important things like emotions and the narrative stays, and therefore it is real. Furthermore, Second Front’s works mostly consists of large scale settings, quirky props and silly actions, all of which can be seamlessly reproduced in Second Life but not in the physical world. (Or would require lots of manpower and money to carry out) Second Life, or any other virtual platform, is perhaps the best medium in which viewers can immerse in and feel the ‘real-ness’ of their performances.

One Reply to “Research Critique – Interview with Second Front”