Krzysztof Wodiczko is a Polish artist renowned for his large-scale slide and video projections on architectural facades and monuments. Since 1980, he has created more than 70 large-scale video projections on monumental architecture worldwide, and focuses of the ways in which these monuments reflect the collective memories of the communities and history, and are often politically charged. He uses monumental buildings as a symbol of victory, through which he gives voice to the concerns of marginalized and silent citizens who live in the monuments’ shadows.

“The Investigators” is an interactive public video projection installation which took place originally in Weimar, Germany. Live images and voices of refugees are projected onto the statues of Schiller and Goethe, facing the assembled public standing on a raised platform. The act of talking back to a monument in real time allowed the refugees and general public to open up and share their historical experiences, and as a result was a political achievement.

“The statue represents a past that cannot be changed” – Wodiczko

In this work, Wodiczko presents an opportunity of the public to voice themselves, and make changes despite the fact that the public space is barricaded by monuments. As European cities are often packed with war memorials and monuments symbolic of war victories and defeat, Wodiczko believes that the whole city is in fact one big memorial to war, and that the communities of people are all war memorials inside of themselves.

Why Schiller and Goethe? – Symbolized a remarkable friendship and collaboration between two of the most well-known figures in German literature. Goethe sheltered Schiller as a refugee.

Participants getting into position in the studio, behind the scenes.

Live projection mapping by technicians behind the scenes. 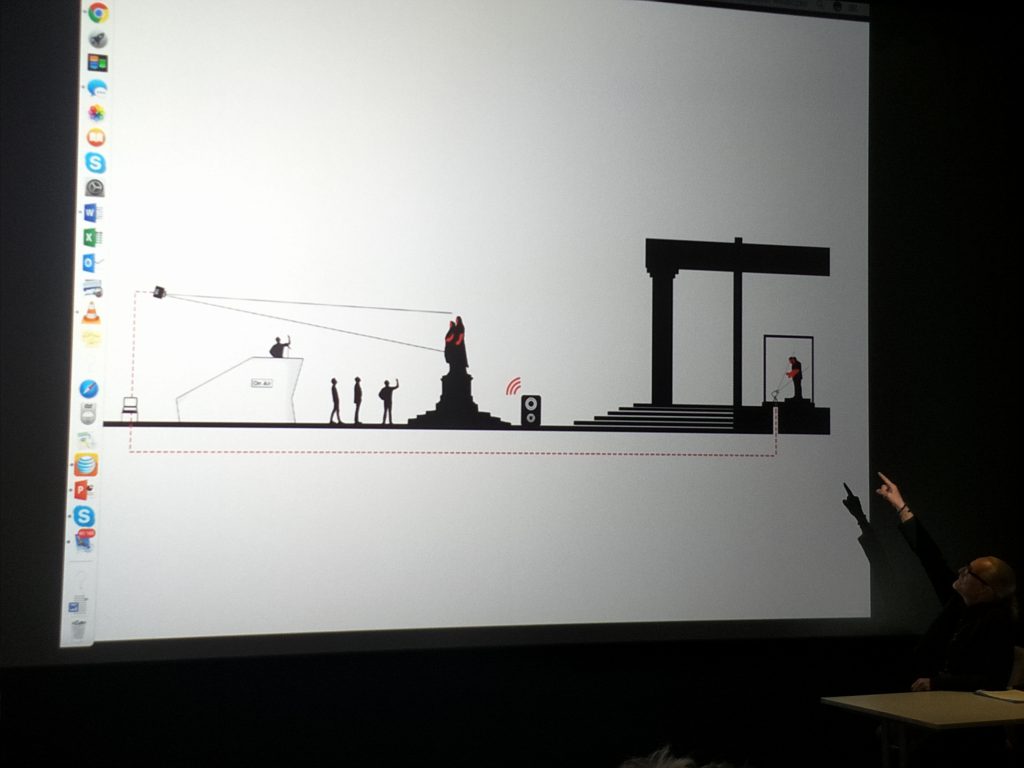 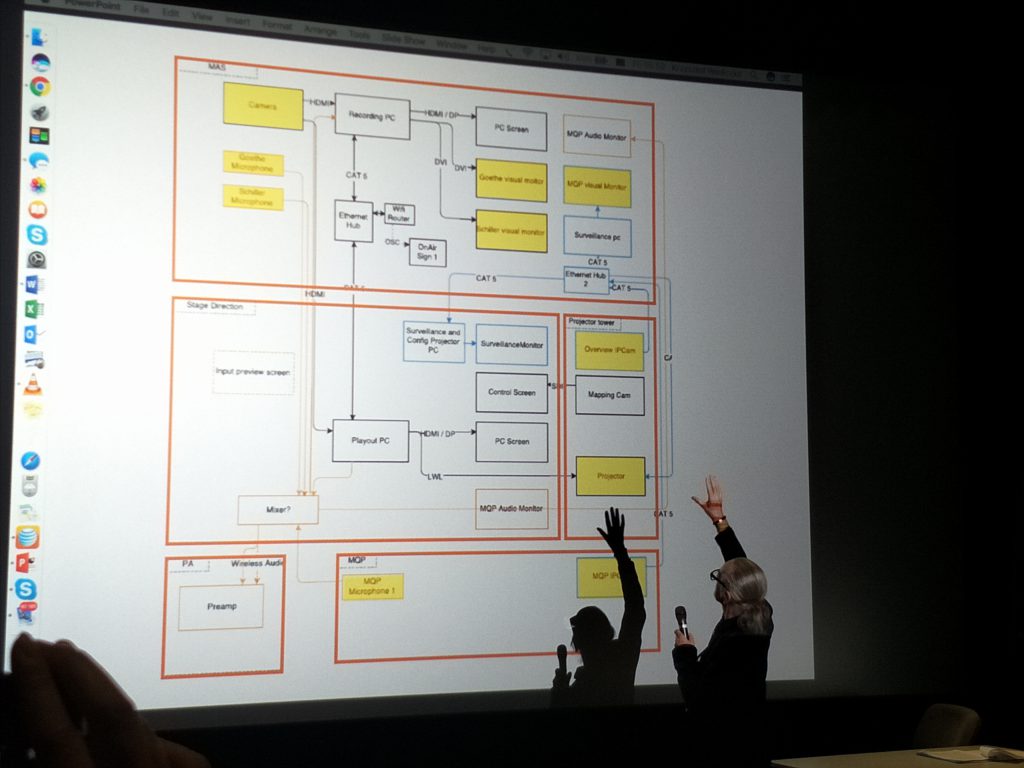 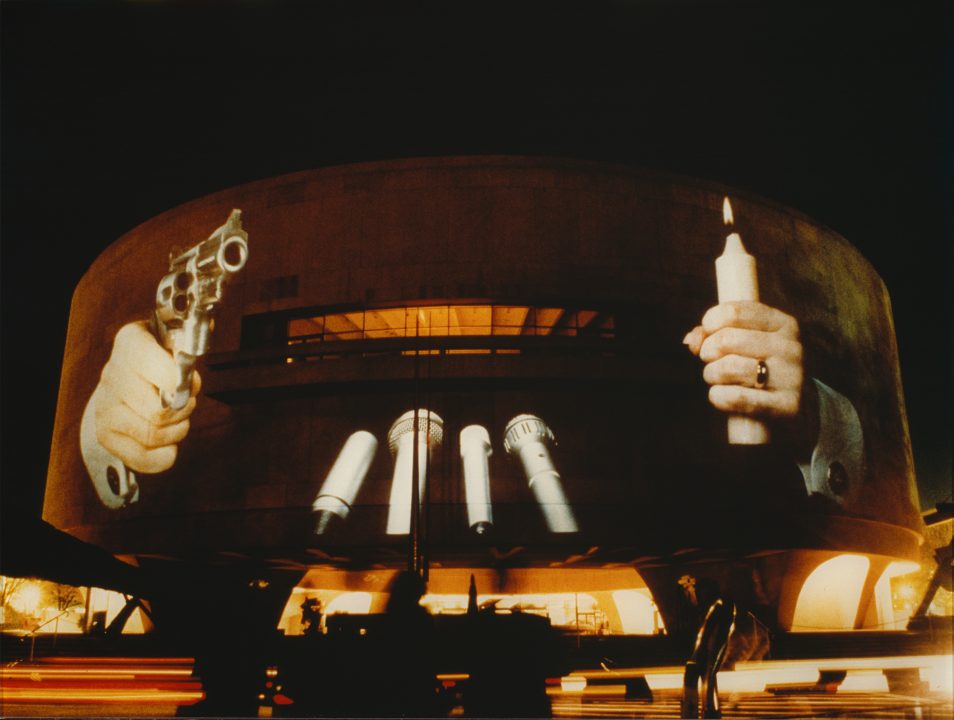 The work displays a very powerful image of a hand holding a candle on the left, another on the right with a gun and microphones at the center of the building.

Concerns over the restaging of his projection following the Parkland Florida school shooting. A very relevant insight I got from this work was that there is a world behind the facade of museums. Museums operate in the same way that monuments hide behind the ideological smokescreen of victory and selectively memorable parts of the location’s history.,

The board of trustees(consisting of governmental figures and billionaires) told him to restage the work prior to the tragedy and the decision was made to postpone the work’s display as a gesture of respect. The imagery of the gun might have triggered someone who was affected by the shooting. The media plays a huge part in a work and every work is done with the expectation to be hijacked.The fact that the work opens itself to discourse is seen as an outcome that far outweighs its risks of being hijacked.