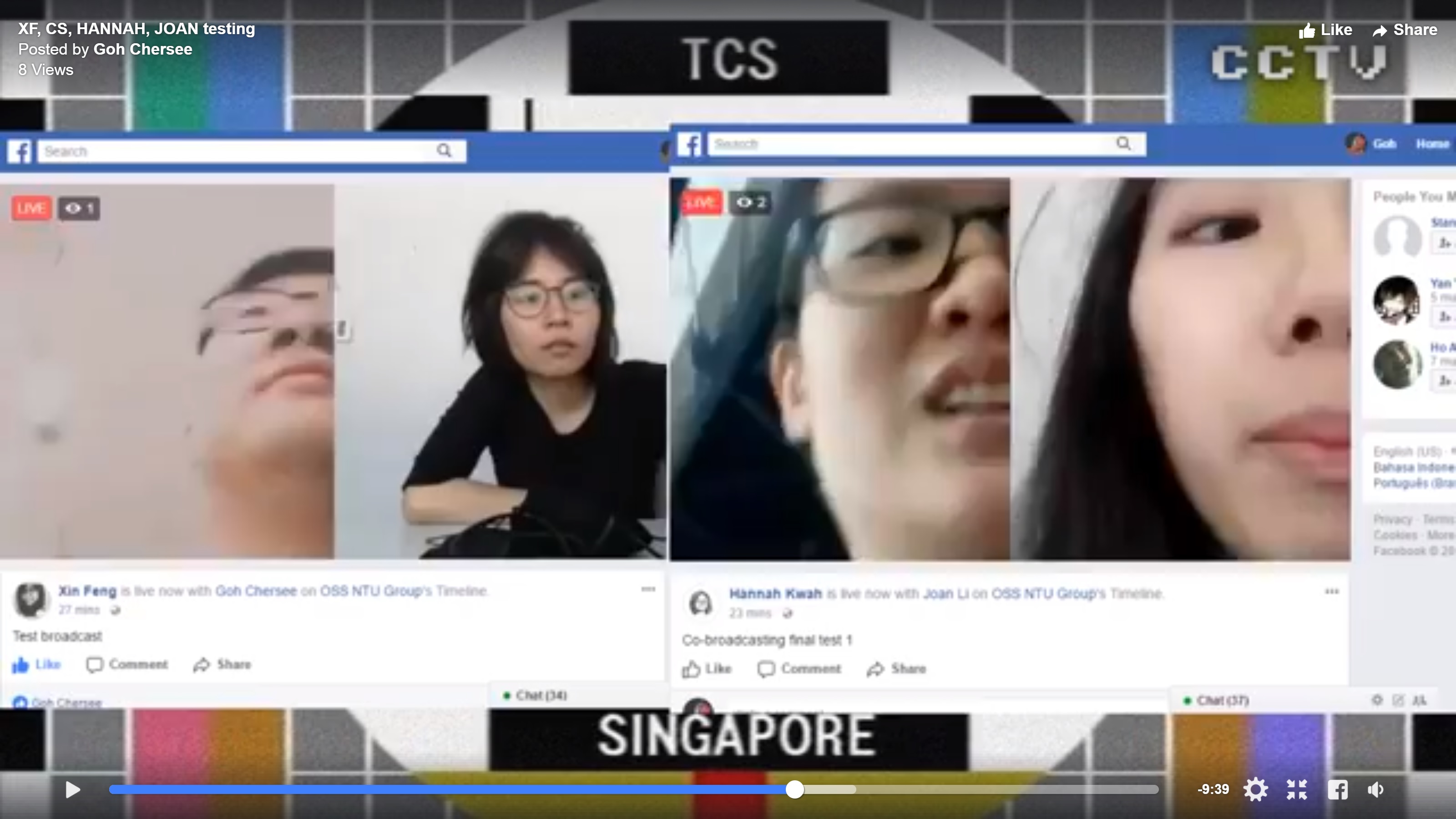 One of the technical difficulties that we face while we were broadcasting was the lagginess of our stream. We kept on disconnecting with each other and the constant need to stay connected to the internet had therefore limiting our hiding spot. The problem was that our stream requires a certain level of responsiveness. The time delay between all of the live feed might cause confusion and disarray in our communications with one another.

The audio quality was surprisingly loud and clear and the vocal communication between the co-broadcasters was smooth. At the beginning of the broadcast, we were all in the same room and the echo of audio transferred between the five devices was very interesting. The close proximity of the devices also created some audio feedback. At around 00:13 & 24:00, we experimented with this echo and feedback effect.

As the race started, the thieves headed off to various hiding spots and were able to converse easily through the broadcast. We also noted that the clear audio recording allowed the policemen to eavesdrop easily on the thieves’ conversation and deduce their locations. The comment section for Joan and Hannah live feed was smooth and did not run into any problems. Cher See(police) have posted some riddles for the Thief team to guess.

For the thieves, we could improve on our camera angle and reveal more of our locations so that it would create interesting footages. It would also allow the policemen to have a better idea and better regulate the race.

As for the riddles given by the policeman in the headquarters, if the thieves are unable to guess it another riddle will be given. If the latter are able to solve it, the policemen will reveal one of the numbers of the padlock.Maybe the police could change position with each other so that the police team would not tire themselves. 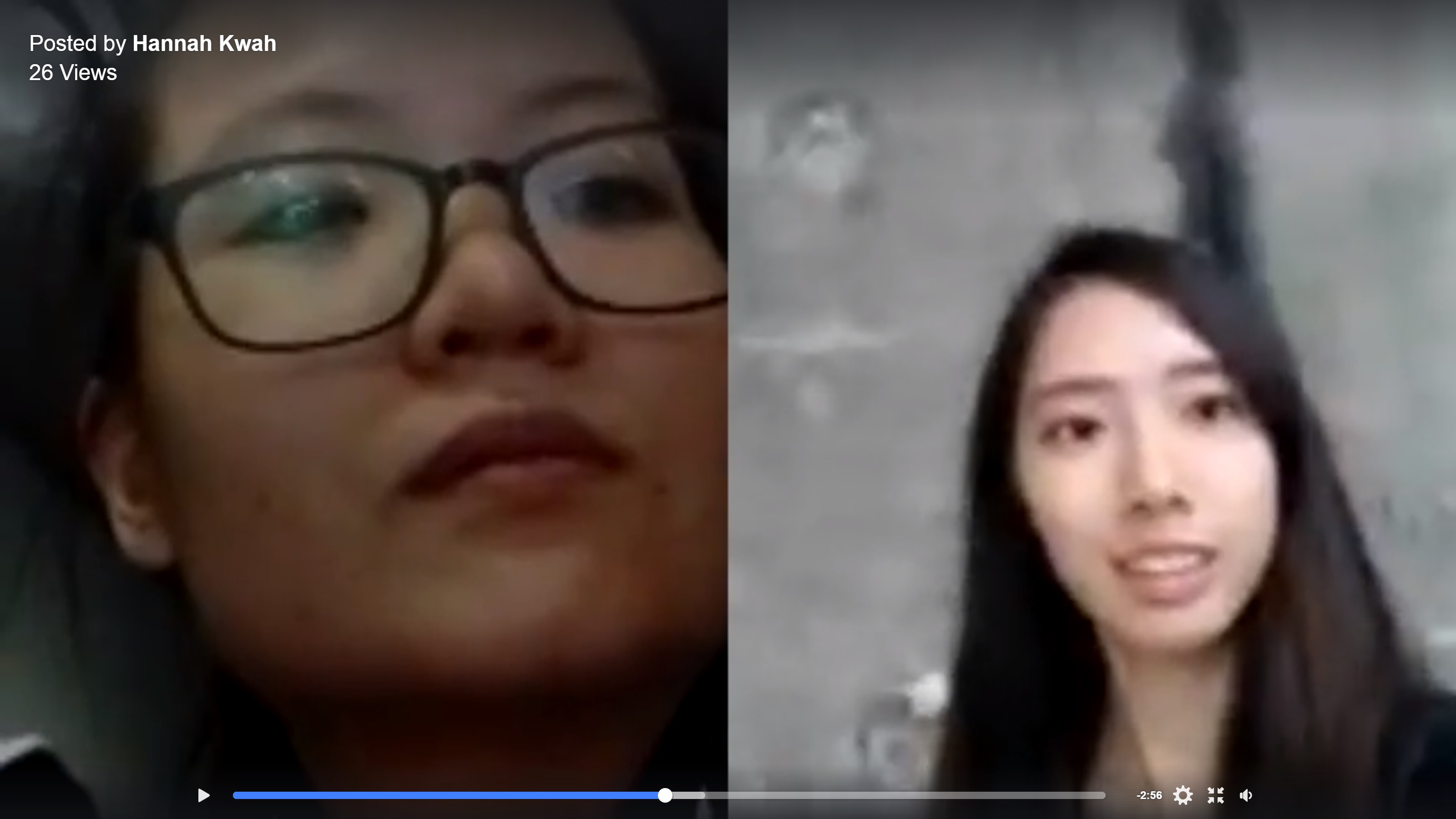 The co-broadcasting experience was great, as the split screen function was easily accessible and the connection was also smoother, as compared to OBS.

It was convenient, as the main broadcaster could see both sides simultaneously, possibly allowing more room for coordination during broadcasts. The person invited into the broadcast could also hear the main broadcaster, allowing for smoother responses and interaction. For my broadcast with Hannah, we were walking with quite a distance apart, but within the same area (B1 carpark). For most of the video, we managed to converse through the broadcast without much difficulty, as the sound quality was pretty decent.

We did lose connection once or twice (as usual, carpark wifi is bad), but quickly reconnected without too much lag. What I found confusing was that the resulting video on Facebook was more choppy than when we broadcasting through our phones.

Overall, it was a pleasant experience, and a new way for us to broadcast for our final project!