Compact Disk Dummies Official (Belgium) is an interactive website made to promote their debut album ‘Silver Souls’. The site is set in a messy living room and a music room, with hovering objects and human replaced by dolls (resembling members of the band). The concept behind this was to recreate the feel and vibe of the music album within a website.

I personally really like this website because it allows good exploration of the room. The content is entertaining and informative (of their album) at the same time, and the graphics are quite trippy.

What’s in the living room? – There is a mobile phone on the ground that often vibrates. You can click on it and access several applications on it!

You can also text your manager (who replies very frequently)… Or take doll selfies on the camera function.

There are also music videos on the television, where you can toggle between many videos and the timings. Other accessible objects include the posters, the game controller and their schedules on the wall.

What’s in the music room? – Another doll member, and an audio mixer for you to play with.

You can also access the computer, although there are limited things you can do here. There’s a grand theft auto icon on the computer but it doesn’t run. Some inacessible computer files and an internet link on the desktop labelled ‘NOT_PORN_!!’ (see below).

Also found a sketch fill with pages of lyrics and drawings, illustrating the band’s music making processes and random thoughts. Other clickable items include more posters and album covers.

Red Collar is a digital media company that produces creative visions, technologies and interactive experiences for their clients. In celebration of their 6th birthday on the 6th February 2017, they created an interactive version of their 2016 end-in-review, documenting their journey and achievements over the course of 2016.

The page consists of four tabs along the timeline, paired with their respective season and time of the year – autumn, summer, spring and winter. There is a clock at the beginning of each season, and it requires interaction from the user to unlock the timeline.

Spring & what they have done

Fillory is an adventure quest webpage done by Unit9, based on the upcoming Season 2 of U.S TV series The Magicians. This game/webpage features the main characters of the show as heroes, and brings the players through their background stories and journey. A list of quests are also available for players to completed and to further explore the realm.

This website has amazing graphics, especially for the interactive map which allows players to zoom in/out in different perspectives, with realistically animated icons for each location on the map.

Done by David Paliwoda and Jesse Williams, Distance to Mars illustrates the Earth (100pixels) and its relative distances away from Mars. The webpage takes us on a virtual journey towards Mars, which is 428,000pixels away (by scale).

This is a simple webpage done to illustrate the realistic distance between Earth and Mars. While it is only based on one fact and may not have a strong narrative behind it, I feel that the travelling experience it provides is rather interesting and unique, and perhaps, has the potential to expand into a whole solar system.

Flat vs Realism is an interactive story and game website that illustrates the battle between flat design and realism, in 2013. Created by inTacto, the webpage tells an epic story of the kings – flat and realism, leads to a classic video game battle, and ends with a peaceful reconciliation and a new year greeting from the company.

This webpage has awesome graphics and animation that clearly demonstrates the difference between flat design and realism. The personification of these design styles as kings and the physical (but virtual) battle between them helps build an immersive experience for the players. 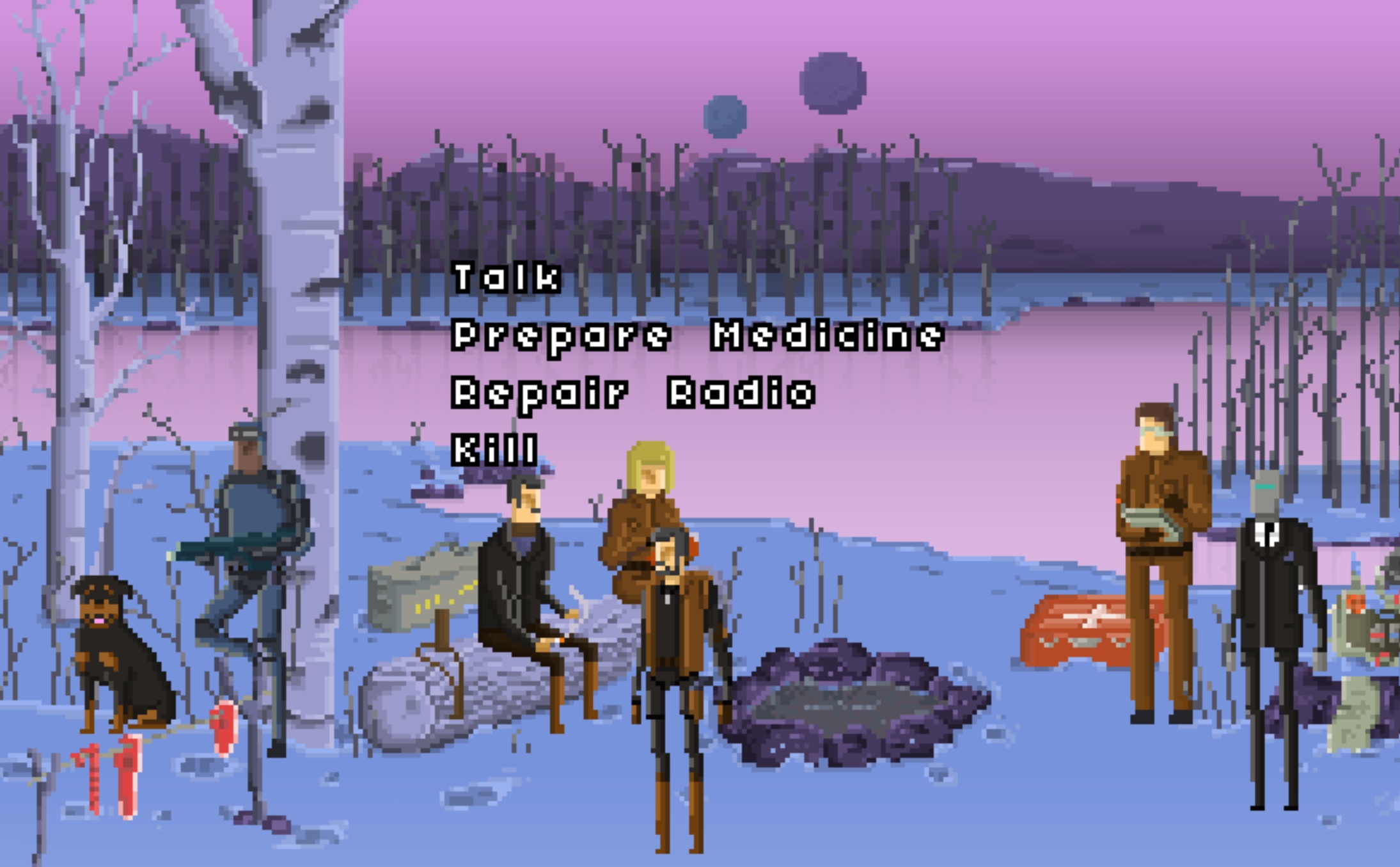 Gods Will Be Watching is a survival concept game with pixelated graphics. The back story involves a team conducting research on a certain virus, which then went wrong and left to fend for themselves in the wild. The aim of this game is to survive 40 days along with your comrades, and fix the radio in order to send a message to your headquarters. 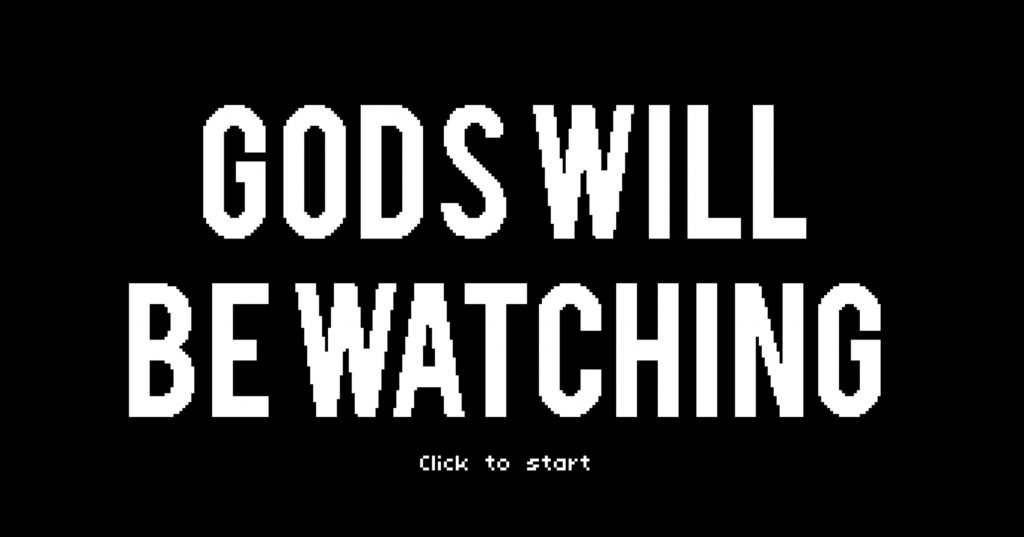 The player tries to survive, along with 5 other people and 1 dog. Each of those 5 characters has his/her own profession – psychiatrist, doctor, engineer, soldier and a robot. You can choose to interaction with these characters differently, by making use of their skills to help the group survive, to talk, or to kill. 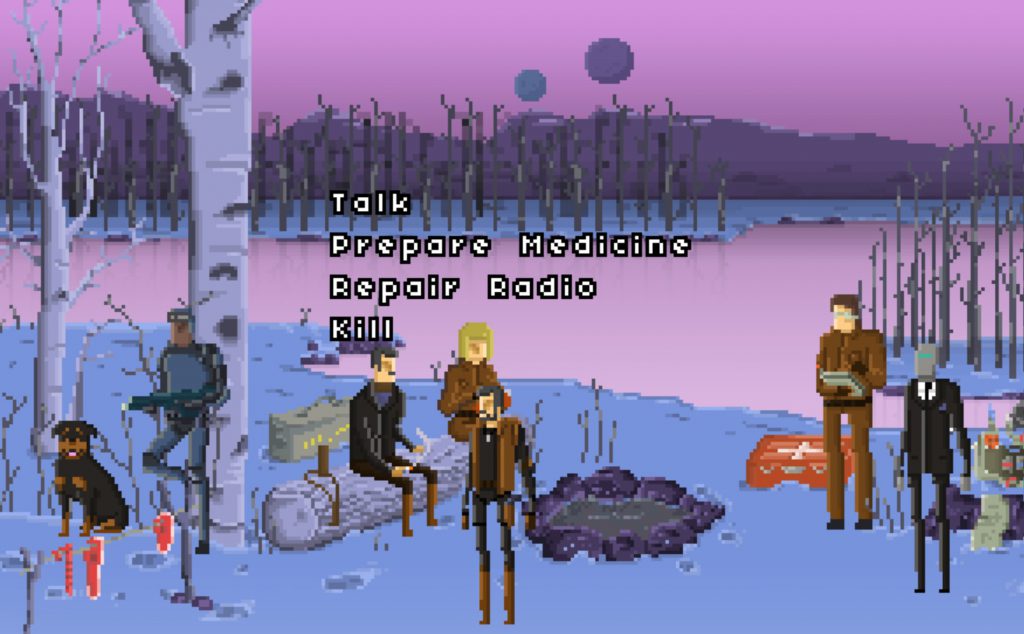 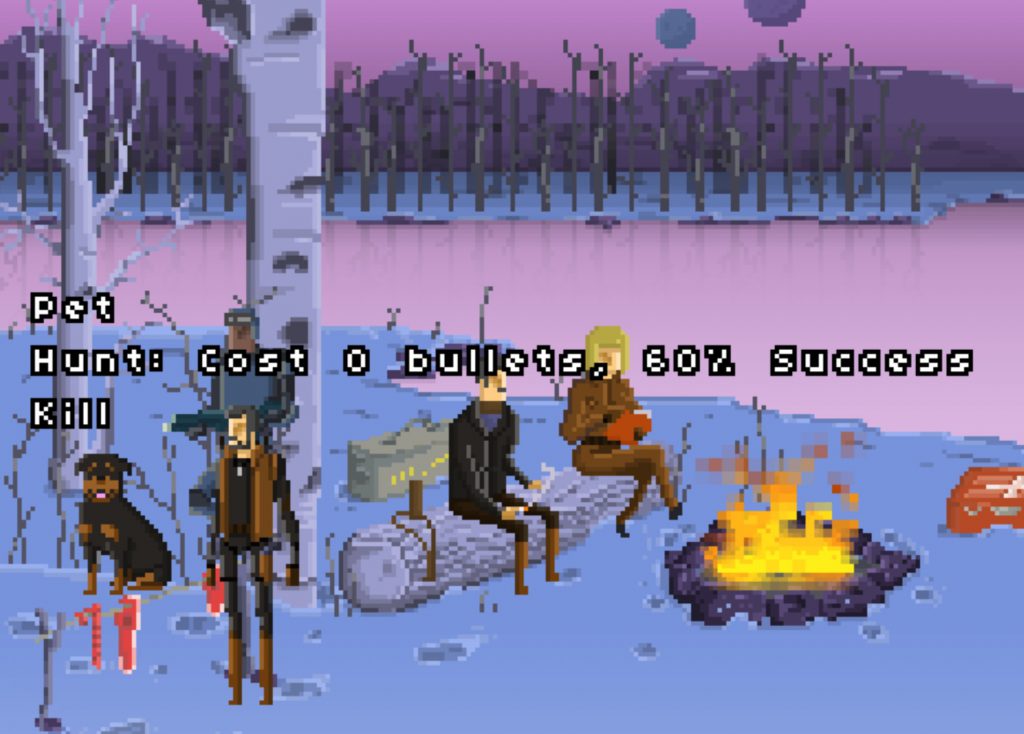 What I like about this game is the challenging aspect of it – players need to ration (only 3 actions per day) and strategize in order to survive. It also brings forth moral issues and prompt us to analyse the situation carefully before making a move (cause the gods are watching!). E.g. Is is necessary to kill the weak in order for the rest to survive, or is it just easier? 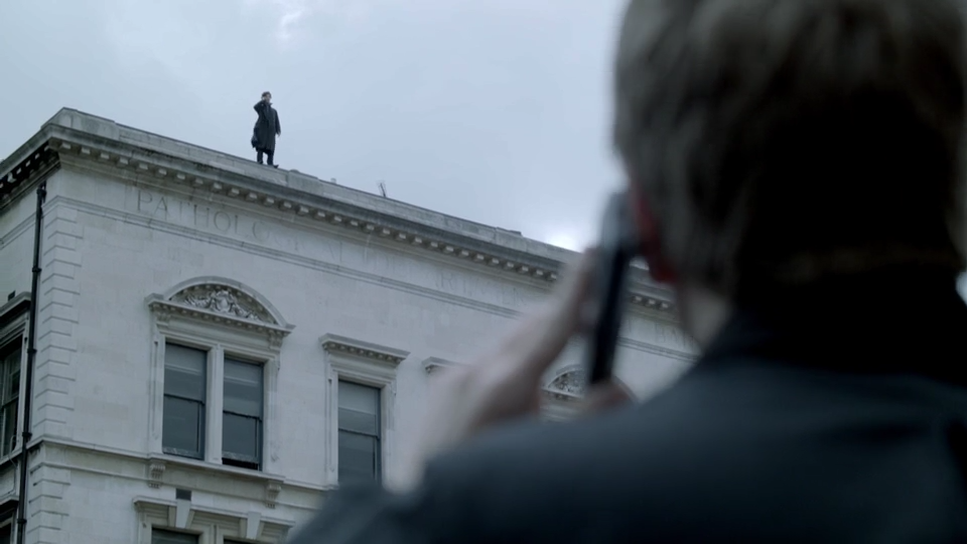 NoStranger (available on GooglePlay!) is a user-choice-driven narrative that revolves around having a conversation with a stranger. By conversing with the stranger, his/her name, background story, motivations and intentions are revealed, bit by bit. The player gets to choose between different actions to take after finding out certain information about the stranger. Through the browsing of blogs, websites, social media and related contact profiles, bits and pieces of the whole story can be put together. 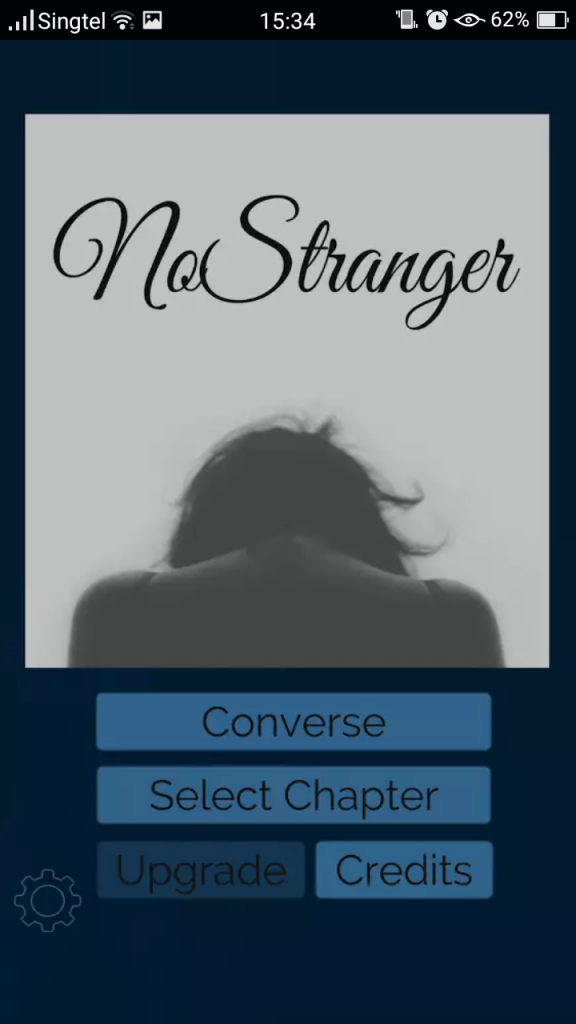 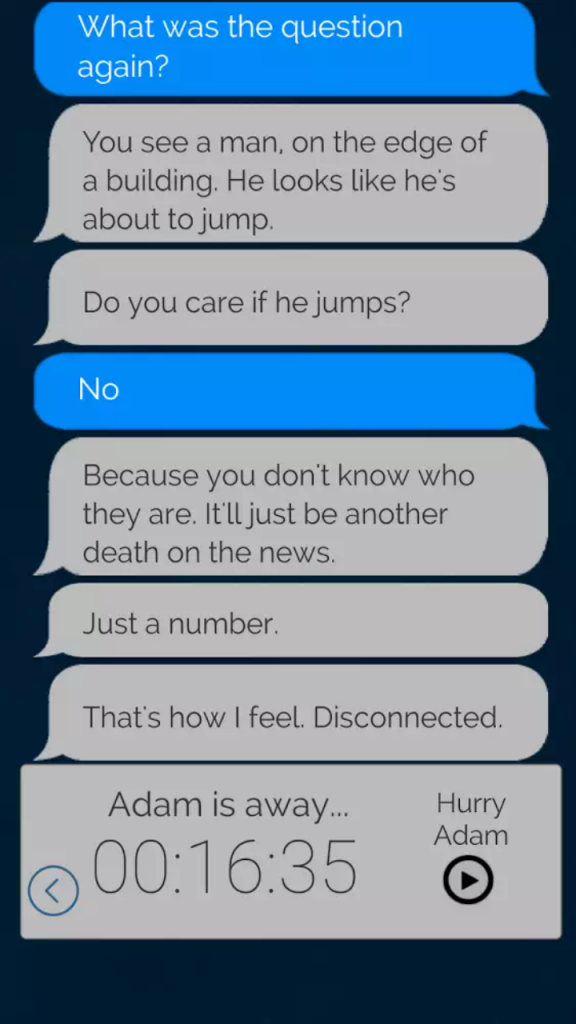 This game captured my attention due to its unique form of interaction and its relevance to the issues faced by the current society. As the nature of the story is slightly dark, topics like suicide and violence are involved, along with several moral decisions that the player has to make. 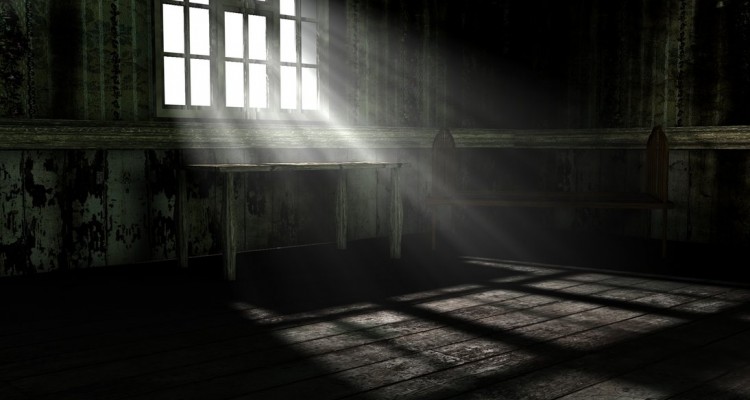 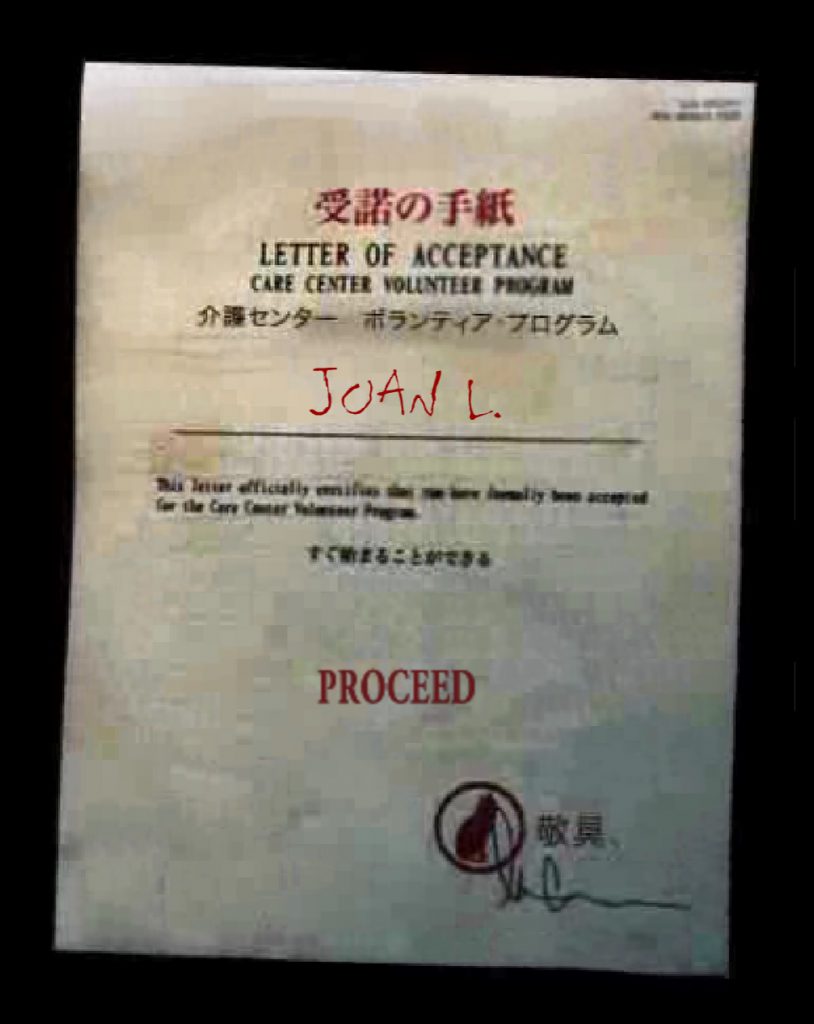 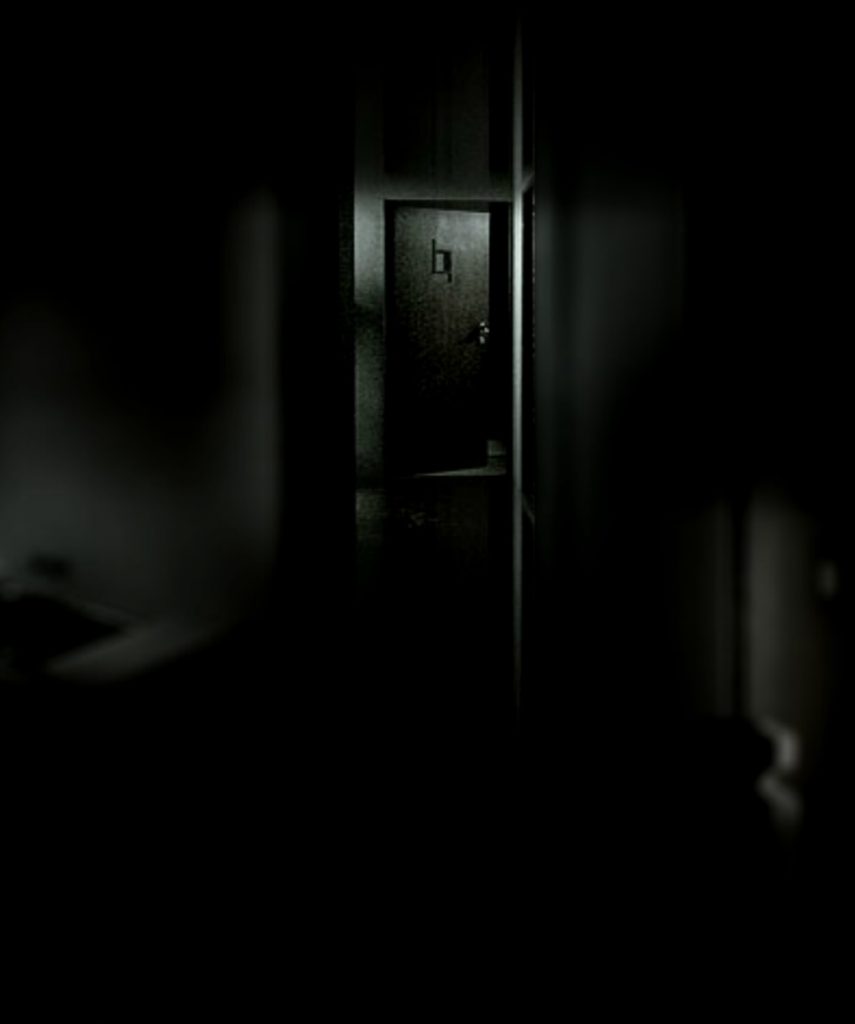 I’ve decided not to go with ChoiceScript for my project because I found its structure rather rigid, in terms of the story flow and possible designs of the page. After much googling, I found another program that supports the creation of interactive web stories.

Twine is an open-source program for creating interactive, nonlinear narratives. Twine provides a framework for us to structure the flow of our stories, but can be published directly to HTML. Hence it is possible to extend the story beyond just text – music, sound effects, visuals, using variables through JavaScript and CSS.

Example of a Twine code: 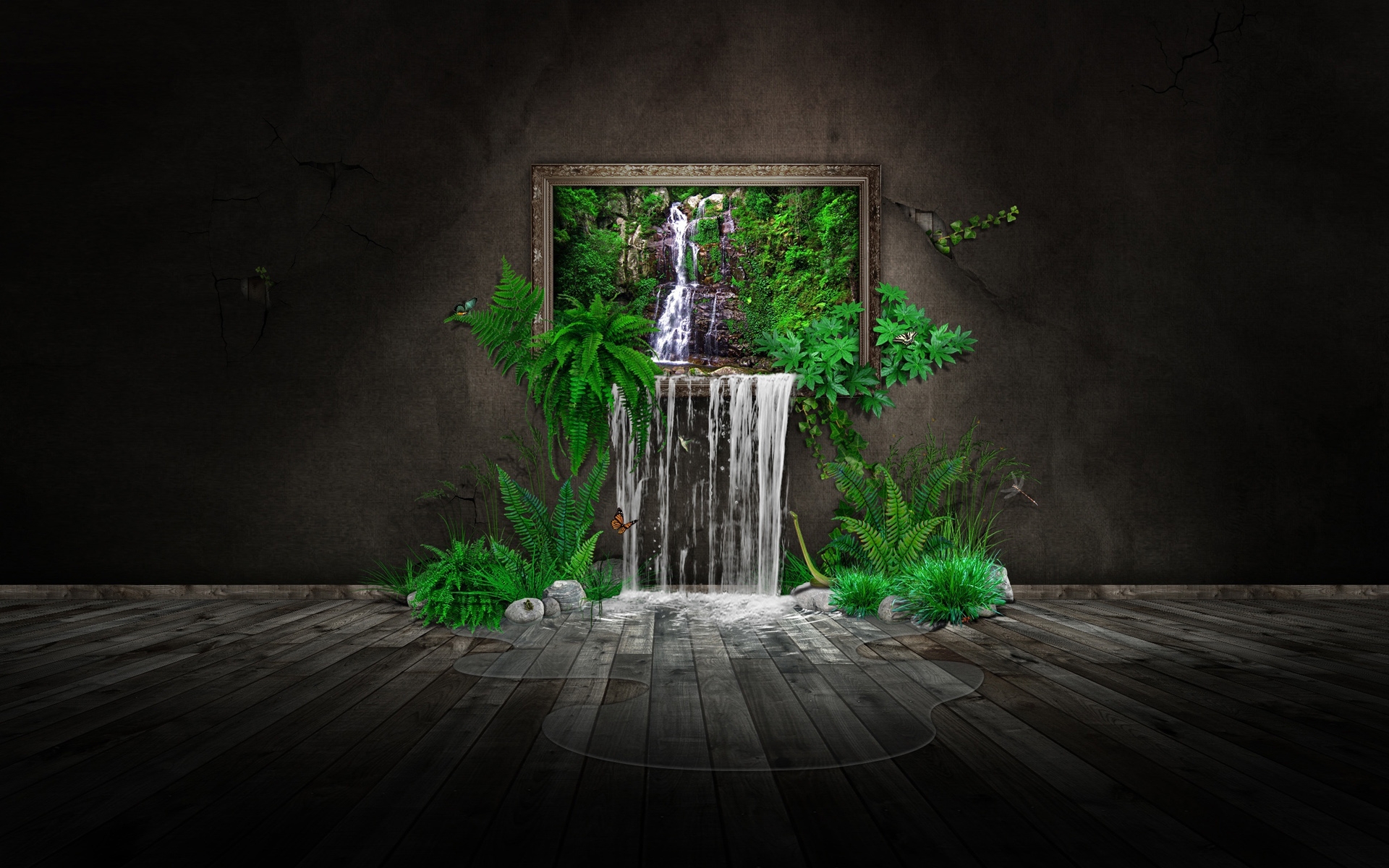 What is it?
An interactive webpage that features two to three different modes, each with their own storyline – Forest, sea, and pitch-black mode. Players will be allowed to choose their modes at the start page. Each mode can be narrated in two different ways – purely text and voice-over narration.

Blindscape is a piece of experimental storytelling that takes place entirely through sound. The narrative is told from the point of view of a man in an authoritarian society who wants to escape his intolerable life by ending it.

I find this game story very engaging and immersive, despite its complete lack of visuals. It’s focus on sounds and narration, paired with some interaction along the story (like finding stuff in the dark) heightens your sense of hearing and touch, and results in a unique player experience. 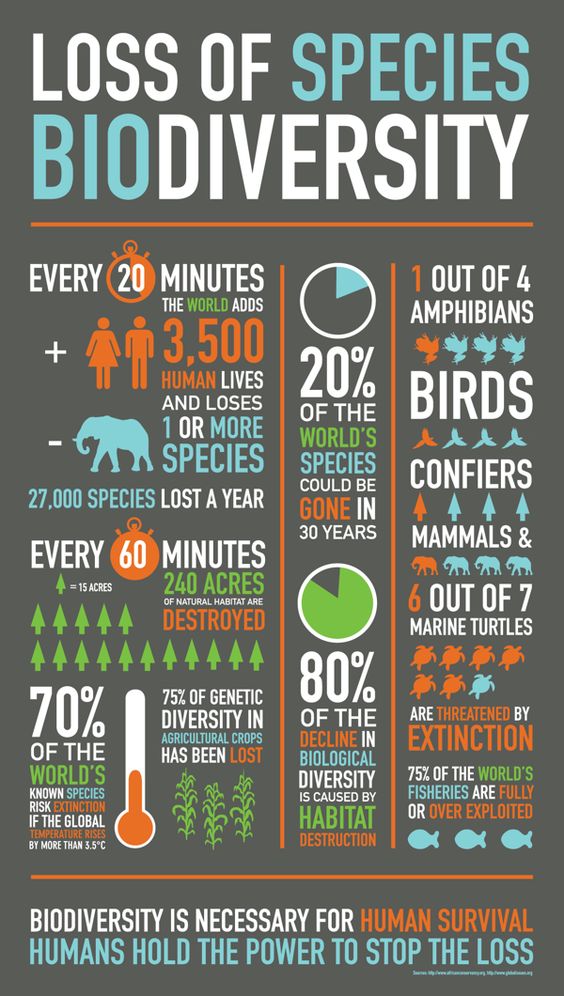