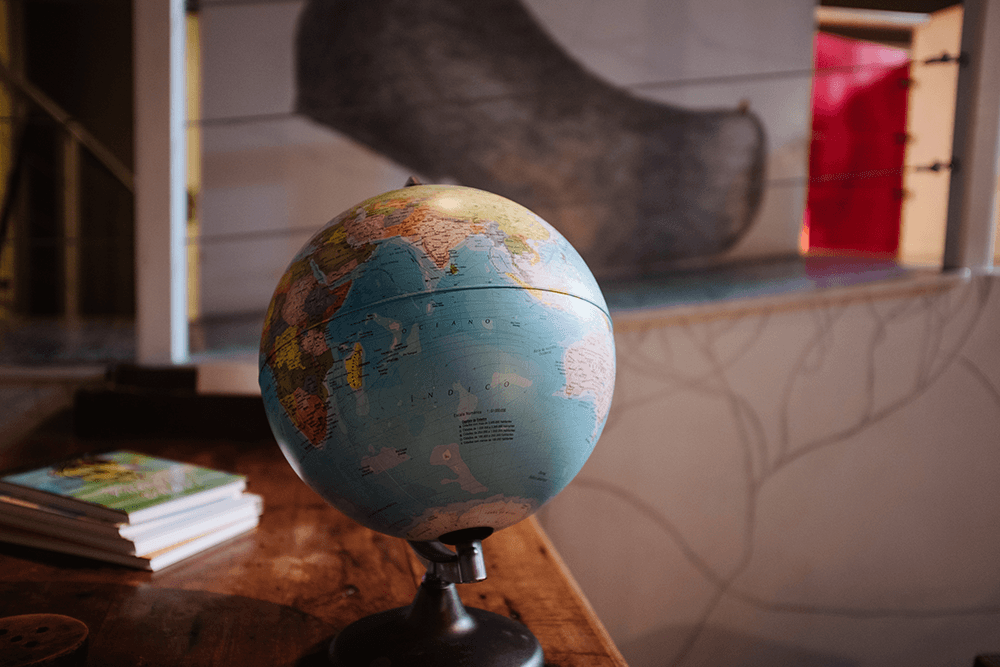 Today, there are many issues that are arising within the world, and thanks to globalization and connecting via Internet, we are all aware of the world’s issues. Issues ranges from social, economic, to health and environmental issues, and they are always in the loop of being unable to resolve.

Some of the world issues that are of particular concern and interest to me are:

The rich will always get richer and the poor will always be poor. Income inequality is an extreme concentration of wealth of income in the hands of a small percentage of a population. It has been described as the gap between the richest and the rest.

Obesity is a medical condition described as excess body weight in the form of fat. When accumulated, this fat can lead to severe health impairments. The prevalence of obesity across the world continues to rise, and this is now recognised as one of the most important public health problems facing the world today.

Sexual abuse is also referred to as molestation. It is usually undesired sexual behaviour by one person upon another. It is often perpetrated using force or by taking advantage of another. There are various acts which falls under this term, such as domestic violence, marital rape, child sexual abuse. It is also common between people with dementia, development disabilities and elders.

Out of the various issues mentioned, sexual abuse is an issue which is of particular interest to me.

WHY IS THIS ISSUE IMPORTANT?

Sexual abuse is a very important issue to me as it is actually more common than it seems, but many do not dare to speak up about. It does happen more frequently in females, and they are often more than afraid to mention due to factors such as shame, embarrassment, laughed at, and not taken seriously. Even in males, they might seem to be on a losing end when they come up about being sexually abused by females, as people always assume men to be the “horny” one. Sexual abuse affects the emotional wellbeing and state of mind of the victim, which gets overlooked by others. I feel that even up till this date, people are still slightly insensitive when it comes to the topic of being sexually abused.

WHO DO YOU NEED TO COMMUNICATE TO

My target audience are people who had experienced any form of sexual abuse before. I hope that they will be able to share their story with others, in a way creating more awareness about the issue, and also by helping themselves mentally to feel more comfortable and start their healing process.

HOW HAS VISUAL COMMUNICATION CONTRIBUTED

There are various organizations specifically for sexual abuse and they have created campaigns.

In Singapore, we have AWARE – Association of Women for Action and Research. Very often, they come up with campaigns to address sexual abuse issues.

The Truth Project, UK, where people share their experiences of child sexual abuse. 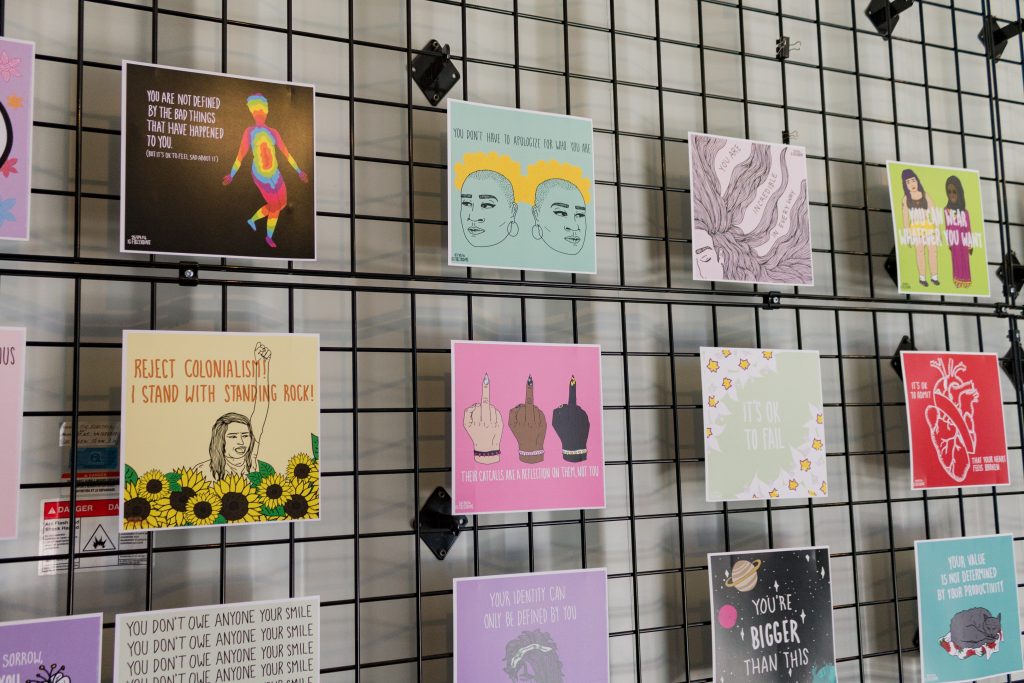 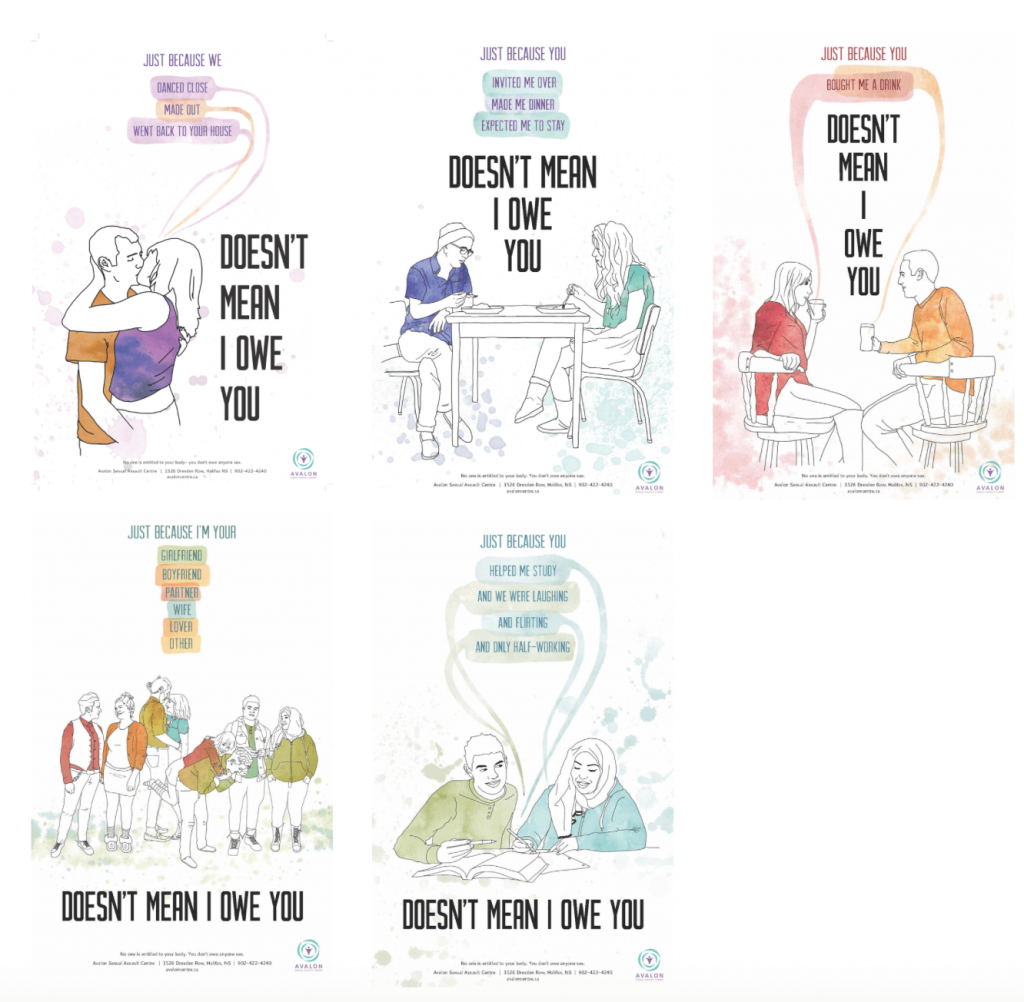 I Don’t Owe You

Amongst all the visual research that I found, there is a very common aim amongst all of them – to address sexual abuse. The colours used are also very vibrant, which in a way gives off a positive vibe, letting viewers know that sexual abuse should be spoken about, not kept within. They also have very engaging text and information on it. 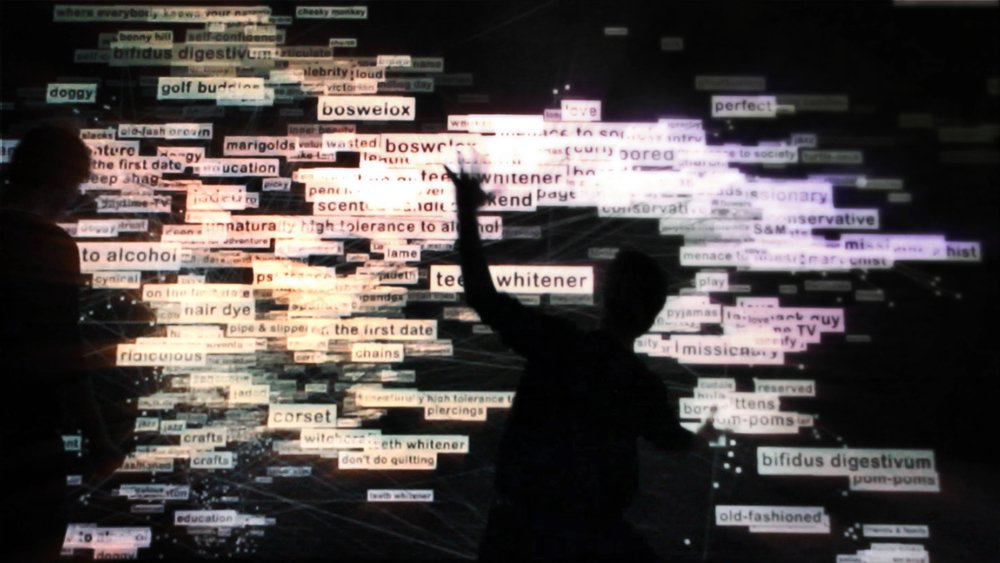 For Assignment 1, the interactive art I’d like to mention about is Cell, by James Alliban and Keiichi Matsuda, done in 2011.

Cell is an interactive installation which questions online identity. It was commissioned by the Alpha-Villa festival for its 2011 event. It was built using Openframeworks. Cell plays with and proposes alternative landscaped in the technological ether surrounding  our everyday movements.

In Cell, identities become deliberately constructed and broadcast commodities, It’s projected personae increasingly enmesh and define us.
Cell acts as a virtual mirror, displaying a constructed fictional persona in place of our physical form. It is composed from keyword tags mined from online profiles. Our second selves stalk our movements through space, building in size and density over time. Resulting forms are alternate, technologically refracted manifestations of the body. This reveals the digital aura while allowing us to escape from the identity.
Cell detects whenever anyone enters the room. It assigns each person a random identity and avatar. The keyword tags are originally projected in a cloud on a wall. The tag will begin to attach themselves to your avatar. The tag ranges from a variety of words, e.g. golf buddies, cynical, love kids, hipster. The longer you stay, the more tags you accumulate.

I think that Cell is an interactive installation which address the current social issues. Today, many people are obsessed with the Internet and the information they post on social media, that they might seem to have a different online personality compared to physical, as they will only want to show the good side of themselves. It is a great example of using art and technology, and it shows explicitly how the usage of technology on a daily basis affects our emotional wellbeing. The exhibition shows a reflection of us towards social media and being exposing our true selves online. 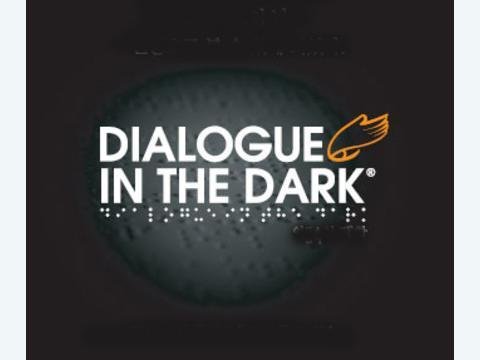 Having been in dialogue in the dark once, I thought I will have the same experience and feeling after my visit. However, it never fails to surprise! Every visit there is a whole different experience and I still feel the jitters once everything turns pitch black.

Once we entered and we are unable to see, I felt very scared and insecure. Losing an important sense meant that we have to make sure of our other senses, and it was a tough deal. Sight is very important to a lot of us, and we might regard it as the most important sense. Without sight, I tried to use sense of touch and hearing to navigate within the space.

I felt quite reliant on others, and constantly wanted someone to guide me around. I used a lot of sense of touch, and kept touching things and making sure that the nearby surroundings was safe to walk before moving on. A weird statement, but I felt that the blind were the ones with sight inside the space. It was so dark but they managed to guide us through, and even helped my fellow group members that needed help.

It’s definitely not easy for them to move about, as they need to familiarise themselves with the surroundings and it takes time. Familiarising themselves takes a huge mind memory toll on them to remember so much, and it’s like they have a “mind map” inside of them.

Inside there, without my sight, I experienced daily life activities in a different way, with the usage of my other senses. I realised that sometimes just viewing isn’t everything, engaging all 5 senses is more important and sensual.

I also gained an insight on how one, not blinded by birth can adapt so well due to circumstances. I also realised that for the blind, audio is very important. We shouldn’t take the gift that we have for granted and instead, should appreciate.

Some benefits inherent in the design research technique is facilitate, empathise, opening to new opportunities and ideas, seeing from a different POV and cohesiveness.

Role playing can help designers discover solutions and methods that are in conjunction with the roles. Some examples are having solutions like the usage of textures, audio and visual tools.

That’s it from my dialogue in the dark reflection!