I’ve heard of unique interactive artworks before, and I am really excited to be attempting to do one!

There are 2 examples that inspired my idea. They are The Piano Staircase, and Pepsi’s Interactive Football Vending Machine. 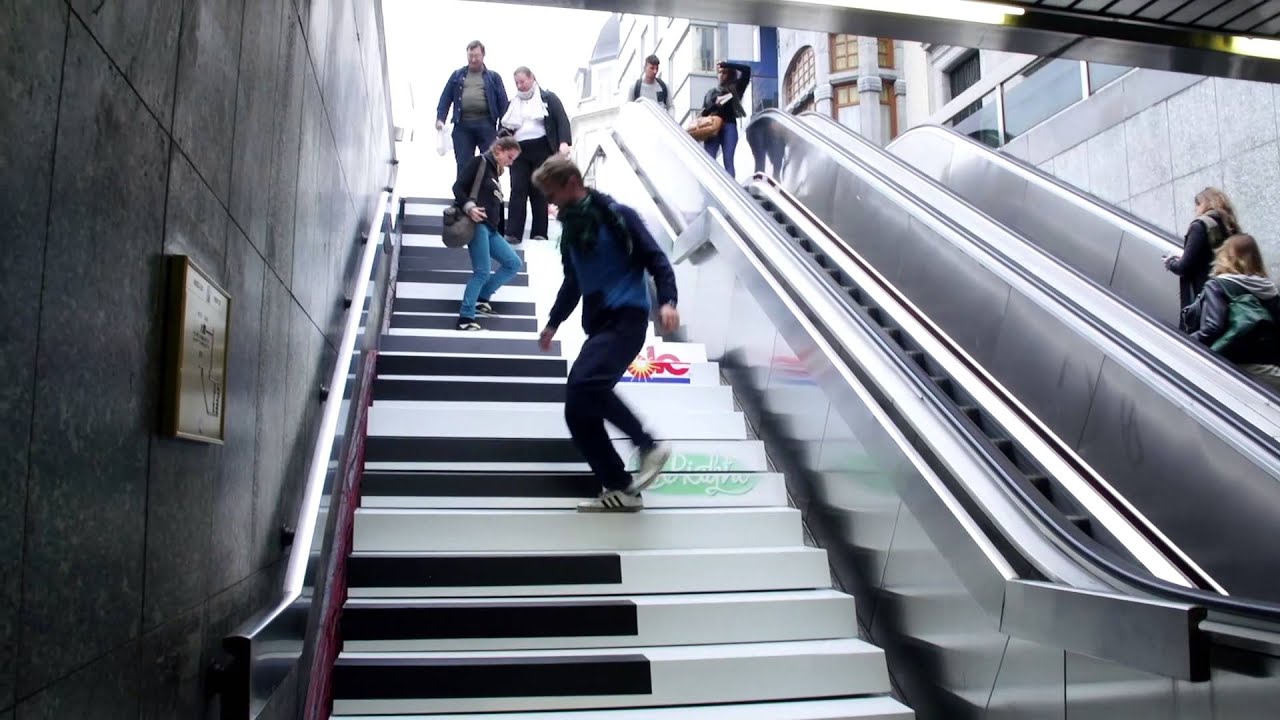 The Piano Staircase, was designed by “The Fun Theory”, and started off at a subway station in Odenplan, Stockholm, in 2009.

It is an interactive musical installation, with black and tap keys, according to the piano keyboard basis at the subway stairs. Each step produces a different note of sound when tapped by foot. This installation aims to encourage citizens to take the stairs instead of the elevator when taking the MRT.

This artwork inspired me as it is really interactive, and for a good cause. Having steps which are interactive attracts commuters to want to try it, instead of their daily routine of going to the MRT to get them from location to location. 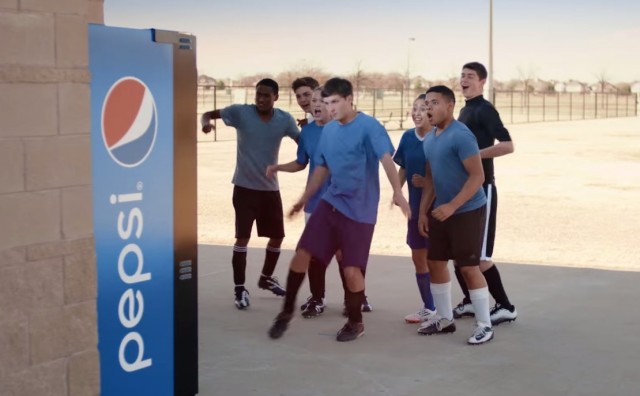 Another interactive artwork that inspired my idea was Pepsi’s Interactive Football Vending Machine. This was used as a guerrilla marketing campaign by Pepsi in 2014.

It allows users to interact with the vending machine, to challenge football players to show off their best moves, and they can either win a free Pepsi or enter a “Hall of Fame” mode and challenge other players for a chance to win special prizes.

This artwork gave alot of inspiration to my idea, as it is working with vending machine, something that is used for sales. Although it didn’t serve any societal purposes, it helped Pepsi gain fame for having creative marketing, and for users to have a fun time!

Deaf since birth, Christine Sun Kim explores her unique subjective experiences with sound in her work. Game of Skill 2.0 was exhibited in “Greater New York”, an interactive piece where viewers were invited to touch a staff-like device attached to a velcro strip hung above their heads. As they walked, dragging the device along the strip, a radio played sound at levels and speeds depending on the direction and speed of the participant.

I think that her work is really interesting and interactive. Instead of having an exhibition that just displays the sound, it requires audience interaction, in order for them to hear. Each sound made is different too, uniquely to its own. Furthermore, being deaf since birth, sound is an element than Sun Kim is unable to receive and hear. However, that doesn’t affect her attitude towards life and she remains positive, creating sound art for audience to enjoy.

Visitors descending an escalator encounter an unexpected serenade of laughter mysteriously rising from beneath their feet. Recorded laughs come up through small cracks between steps, with a different voice heard every eight feet of the ride. Inside the escalator, a sound system broadcasts a call and response volley of laughter between the speakers. The resulting open-air mix of sound creates a continually changing pattern of rhythms constructed from laughter. A variety of clear, wholesome voices are used. The permanent installation of the “Laughing Escalator” provides a unique asset for the facility and an attraction for the conventioneer.

Based on an escalator, it is a really interesting work of art as it is unexpected to hear laughter while stepping onto an escalator. It adds on with a quirky vibe to the convention center too. I feel that if one steps onto the escalator and hears the laughter, it might brighten up one’s day.