The second project, is Text and Image,  where we have to create an advertisement, using text and images!

We were told to each bring an item to class, and got randomly assigned another classmates’ item for our second project.

The item i got was…… 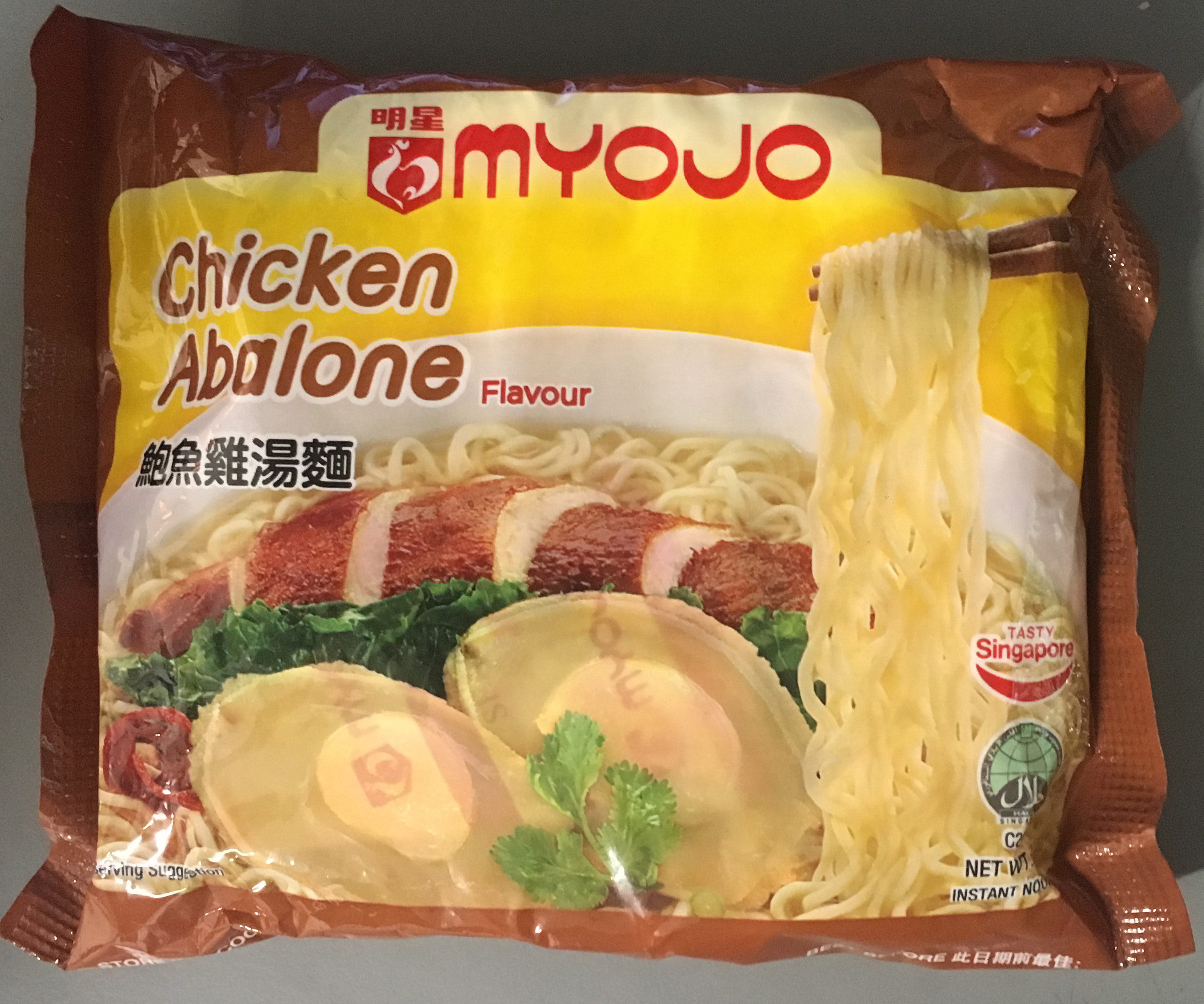 When I started working on this project, I wanted to focus on the freshness of the food, the abalone.

I wanted to show that despite being instant noodles, it can still give you the taste of real chicken, and freshness of the abalone.

And here’s my final work! 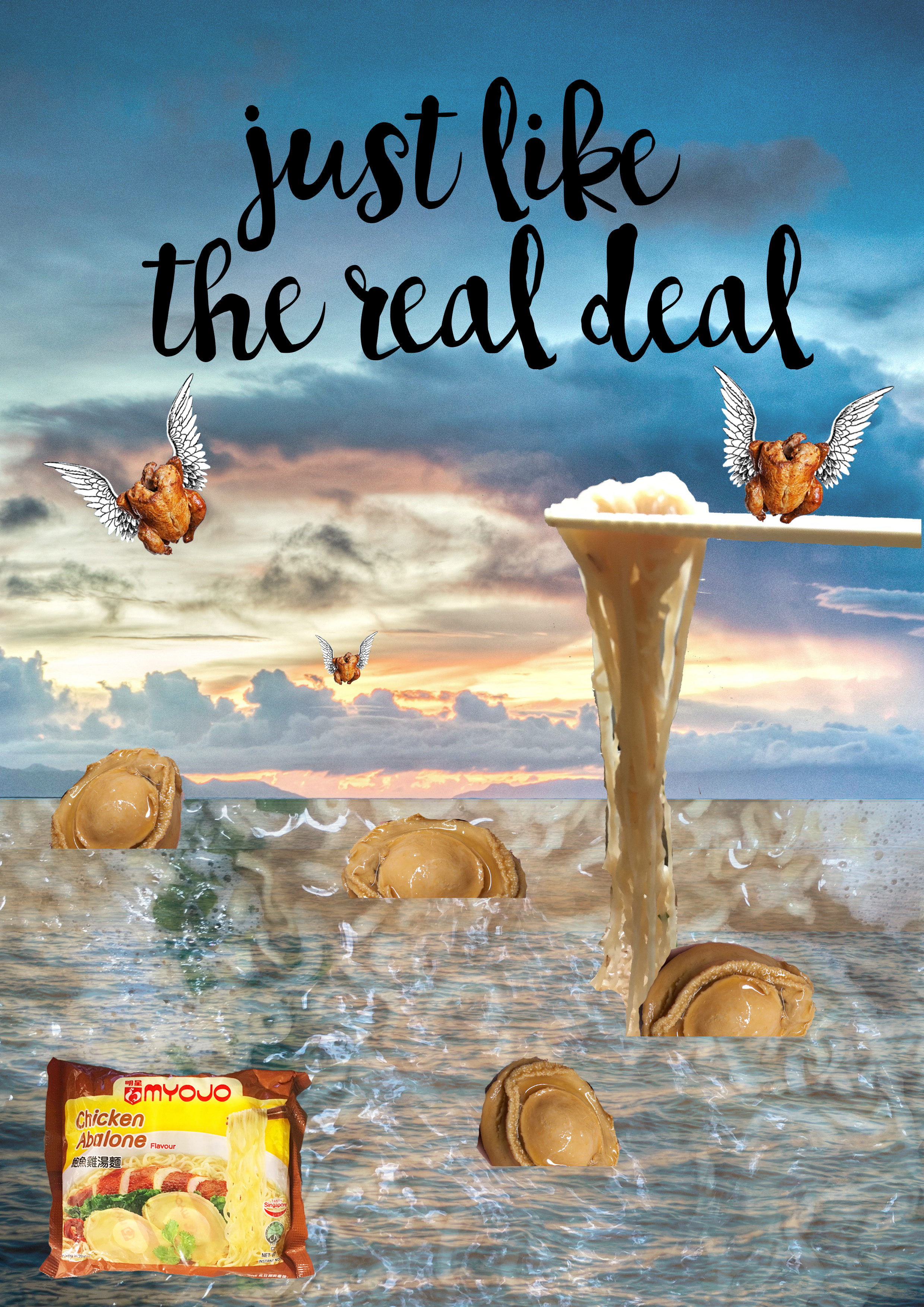 I incorporated the cooked in a pot instant noodles with a photo of the sea – showing the freshness of the whole dish! And adding floating abalones to show how fresh the whole thing is! Eating the noodles is just like eating abalones straight out of the ocean! (hahaha) There’s also an image of someone picking the noodles out from the ocean using chopsticks – to signify someone wanting to eat it already!! In the background, I used the the sky view, with flying chickens – because the chicken in the noodles tastes so fresh you can fly!!

I added a line of text at the top “Just like the real deal”, to reiterate the point that Myojo’s noodles are as fresh as eating it straight from the ocean.

Lastly, I placed an image of the maggie noodles at the bottom left border – so viewers can note that it is an advertisement done by Myojo.

What did i enjoy
I enjoyed working on this, as I want to venture into viscomm!
However, for a visomm advertisement, this is honestly not up to standard, it looked more paradoxical than commercial based.

Improvements that I can make
I realised that the background of the sky that I chose was pretty harsh – it added clutter to the entire sequence of the advert. It was taking the attention away from my maggie ocean!
Also, I should’ve chosen another flying chicken, as the roasted flying chicken looked too weird!!

And this concludes Project 2!