For our final project, we will be doing a hunt & shoot game, which involves Processing and maybe Arduino. We will be keeping it in view as we are not sure if it works!

OH SHOOT! is a first-person view game, where the player will have to shoot certain objects/animals, such as birds, deers, etc. There are also certain objects that the player must avoid shooting, or else the game ends.

We intend to link the game to Arduino, using sensor touch for the player to play the game, just like Wii.

And that’s it for our final project brief! 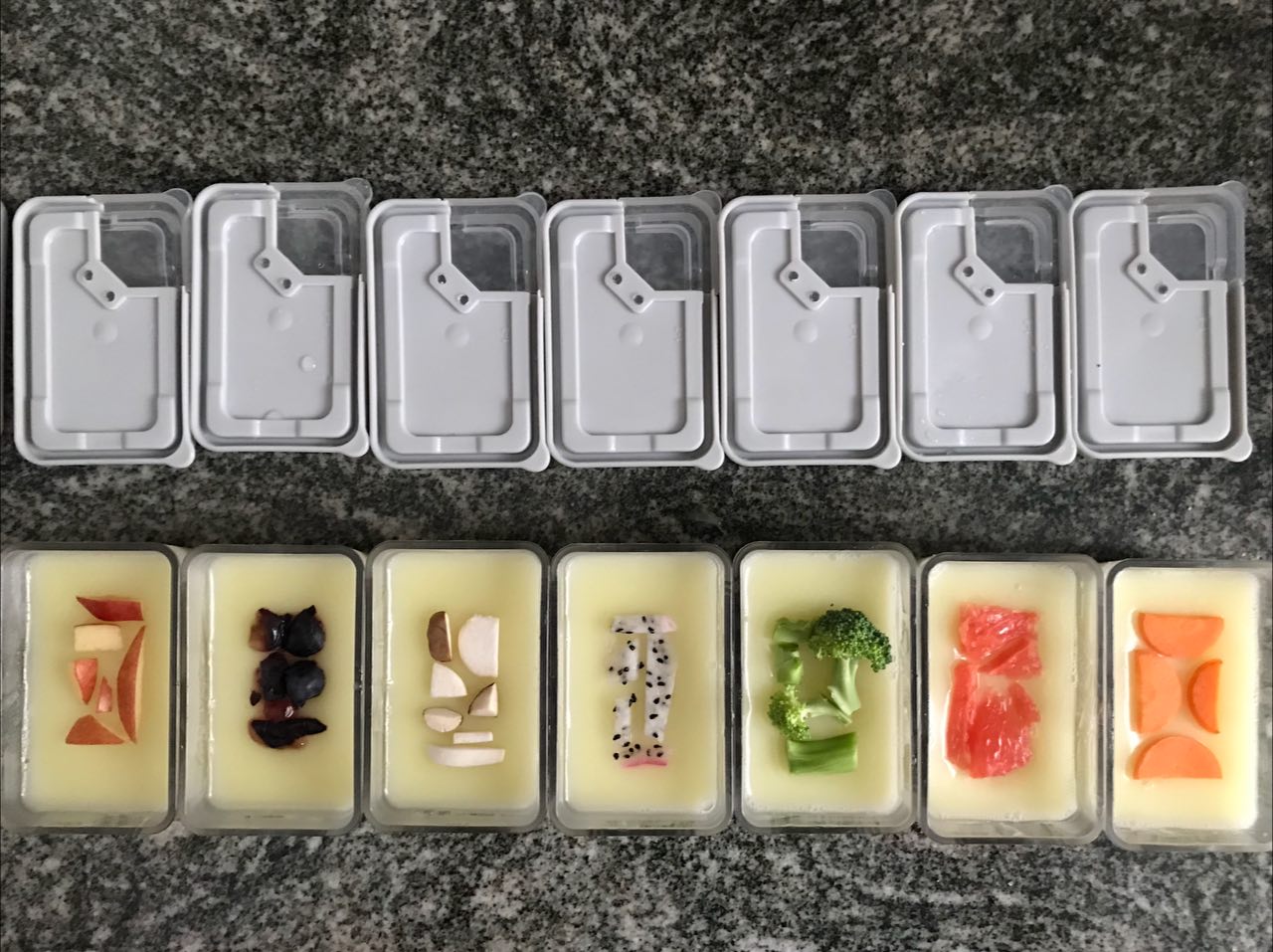 For our midterm project, we had to get into group of 2-4, and create anything we want, using Arduino/Processing/Adafruit.

I grouped up with Claire, Dinis & Dominique & we came up with the idea – Fruit Piano.

We researched on all different platforms and bounced off each other ideas. And we finally decided to use Adafruit’s capacitive touch as the main geist of our work, and linking it to Processing.

On our first stage of experimenting, we split ourselves up to do different tasks:

Claire – In charge of processing, and code a system that allows different effects when a different keynote is pressed.

Dominique – In charge of Adafruit, using capacitive touch, so that when we touch on different objects, different key sounds are produced.

Dinis & I – Experiment with different materials such as agar-agar, jello & actual fruit/veg objects. 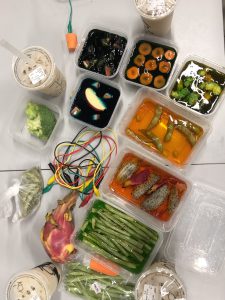 This is what Dinis & I made over the weekend!

However, things didn’t go as planned. Adafruit’s capacitive touch wasn’t very receptive to the jello and agar-agar, and could only work on the objects itself. We poked the crocodile clips into the fruit objects itself, and it was responsive! Although some might take a longer time to react due to a bigger surface area, we were glad it worked!

But thankfully, the Adafruit capacitive touch proved to work! 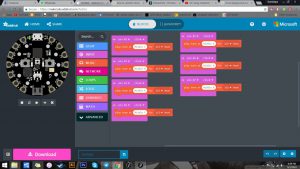 While we were trying out, Claire was focusing on Processing’s side, while she attempted to create visuals for our piano.

During our consult, we had a problem linking Adafruit to Processing and we tried searching for ways online. However, we couldn’t find tutorials/article related to it.

Our idea was that when one key on the fruit piano is pressed, it creates a reaction in Processing, and forming on-screen visuals.

However the adafruit code couldn’t work directly on Processing, and we had to link it to Arduino first! Dinis & Dominique managed to troubleshoot some issues faced while linking, and they eventually successfully transferred the code over.

Meanwhile, Claire was struggling on how to code the visuals, to make them really random and pretty. Thankfully, she discovered boids and did it up for our fruit piano! It looked amazing! Other than the piano keys, there are also other keys that allows a different option to happen to the boids! How cool is that?!

I also suggested to use audio files and linking it to Processing, instead of using the sound generated from Adafruit. I went to find audio files, and coded it into Processing, so that when a key is pressed, a larger audio sound file is played.

However, on presentation day itself, things didn’t go as planned. We tried to place everything together, but it didn’t work. When we tried placing the crocodile clips into the objects, Processing records that as a touch and played the note. Due to that, we weren’t able to clip the crocodile clips with the actual objects, and had to present it in 2 different manners – one with processing and boids, and the other, Arduino and the fruit piano. 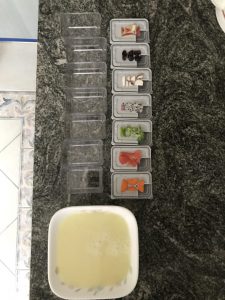 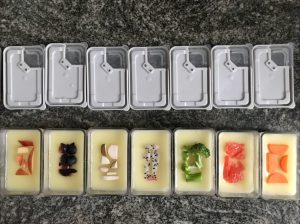 Dinis made the fruit piano with agar-agar, and added more ingredients for a thicker consistency, so that it wouldn’t be able to break, and it looks really pretty! 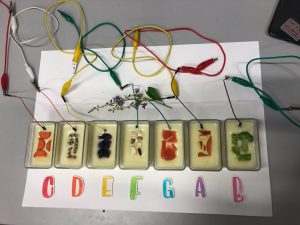 This is how the final fruit piano looks like & I’m glad it all turned out pretty well eventually!