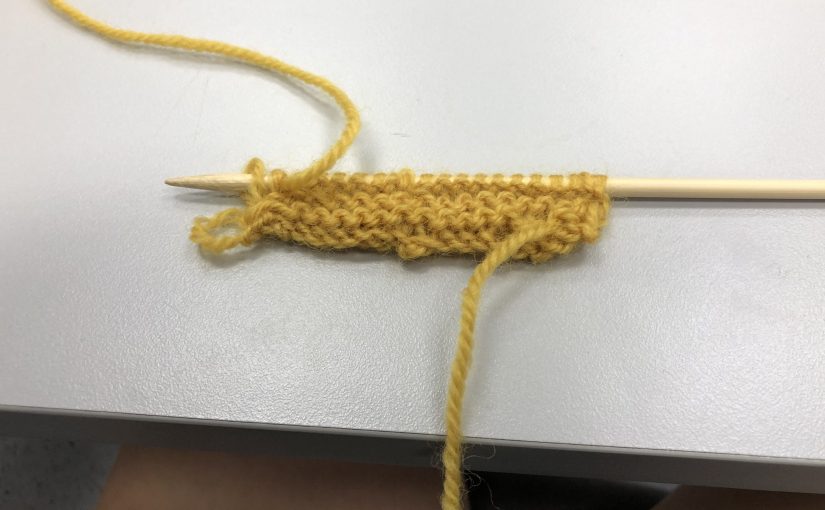 Honestly, I was quite excited to learn knitting as I’ve always wanted to try it but never have gotten a chance to, or rather a motivation and a reason to haha. So finally, I get to try it!

First and foremost, I had a huge problem because I’m a left hander. And the knitting technique that Galina has taught us in class was a tad tricky for me as I believe it’s much easier for right-handers. And I thought knitting will be universal and wouldn’t have a problem for left handers.

Thank you Galina for trying to save me in my situation and tried to do a left-hand knit! Haha. I tried but I guess I will have to resort to Youtube and learn it slowly. And I am so glad… there’s such thing called a left-hand knit. However some are a little tricky and the way the sticks are handled feels weird on me. But! I finally managed to find some tutorials that was useful for me and tweaked the technique a little to make it a little comfortable for me.

What you’ll need:
Lots and lots of yarn and a pair of knitting needles

This was the first attempt of me knitting. As you can see… the weaves are a little messy as I was not entirely clear on how the technique works yet. But lets just continue knitting and see where it’s gonna go… 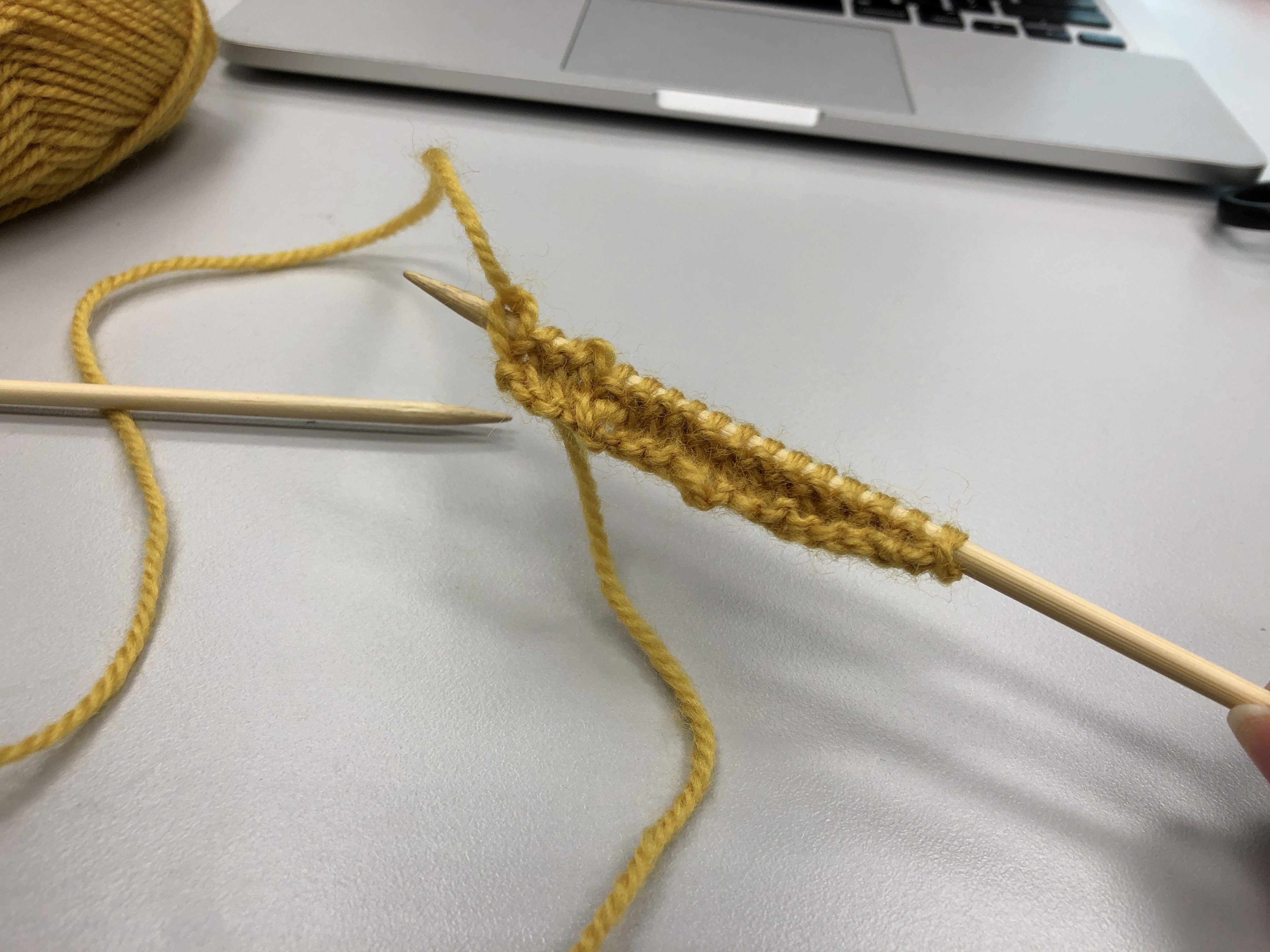 This is the moment when I knew I screwed it up. When I was knitting, I was not careful and the other stick which was holding the other end of the yarn dropped out from the knots T_T I didn’t know how to fix it!! 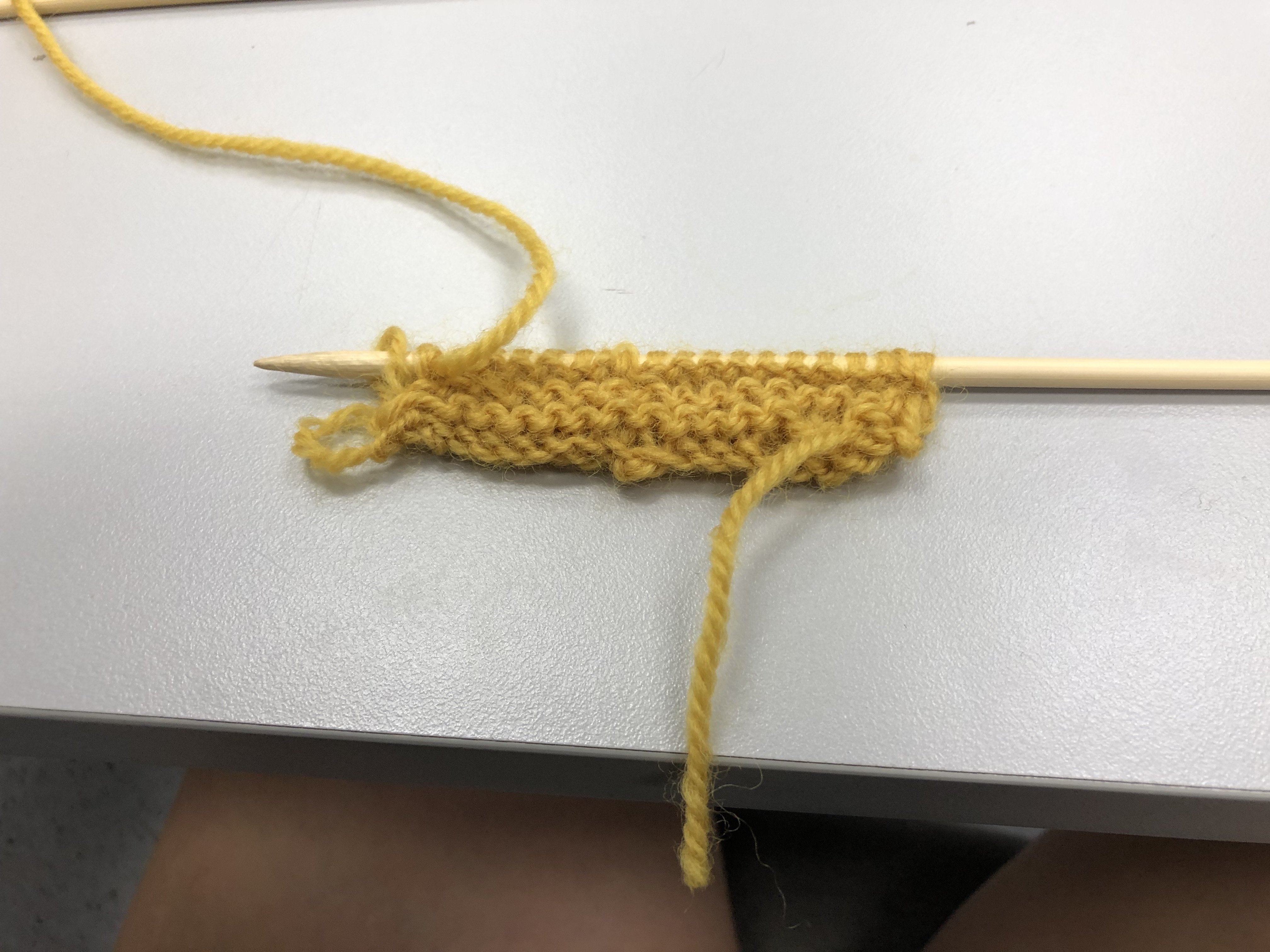 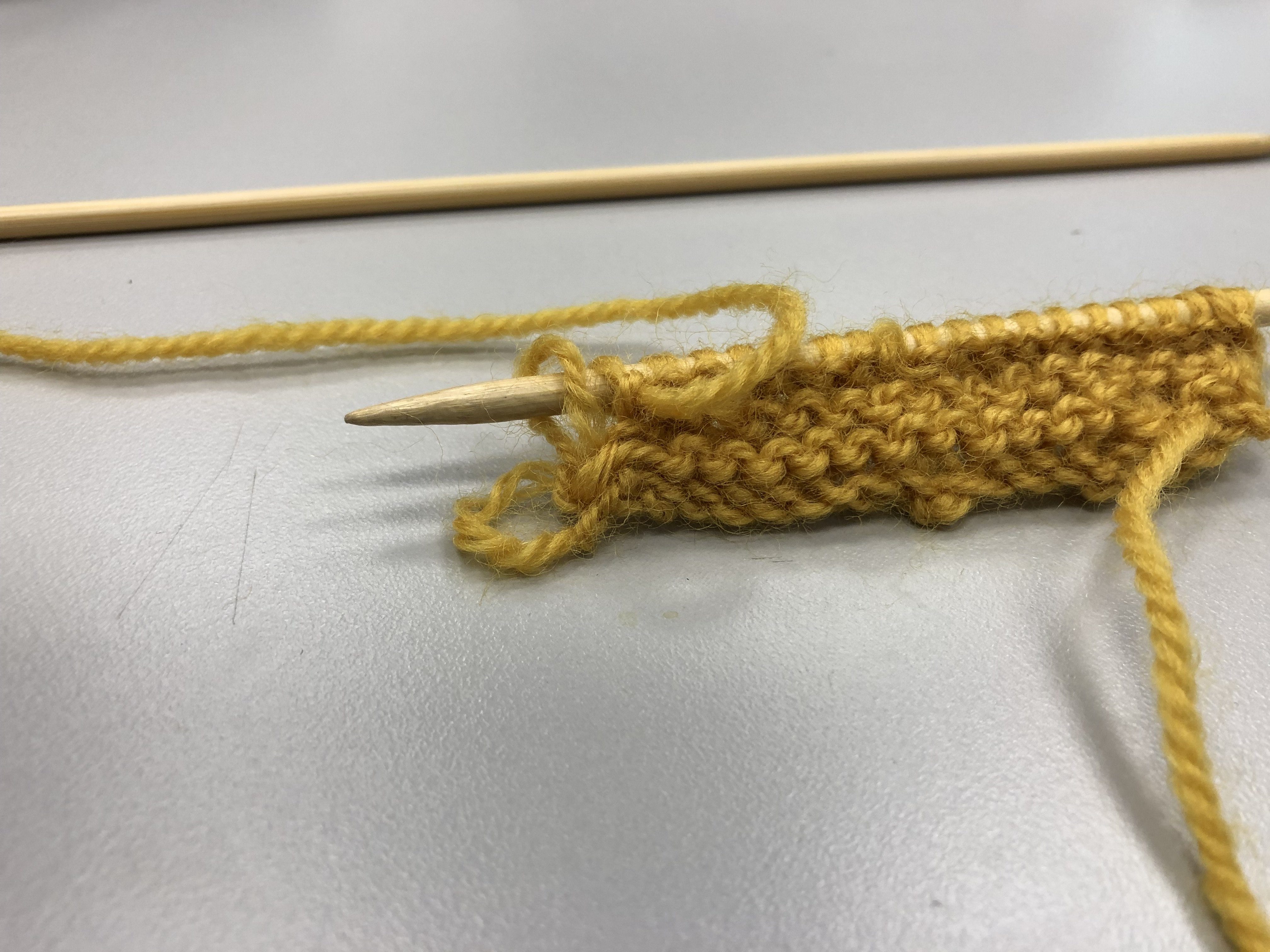 So I went home and decided to re-do another batch… Maybe trying another colour hoping my luck with knitting will be better. Tots feeling like a Grandma now hahaha, knitting while watching the news with my Dad. 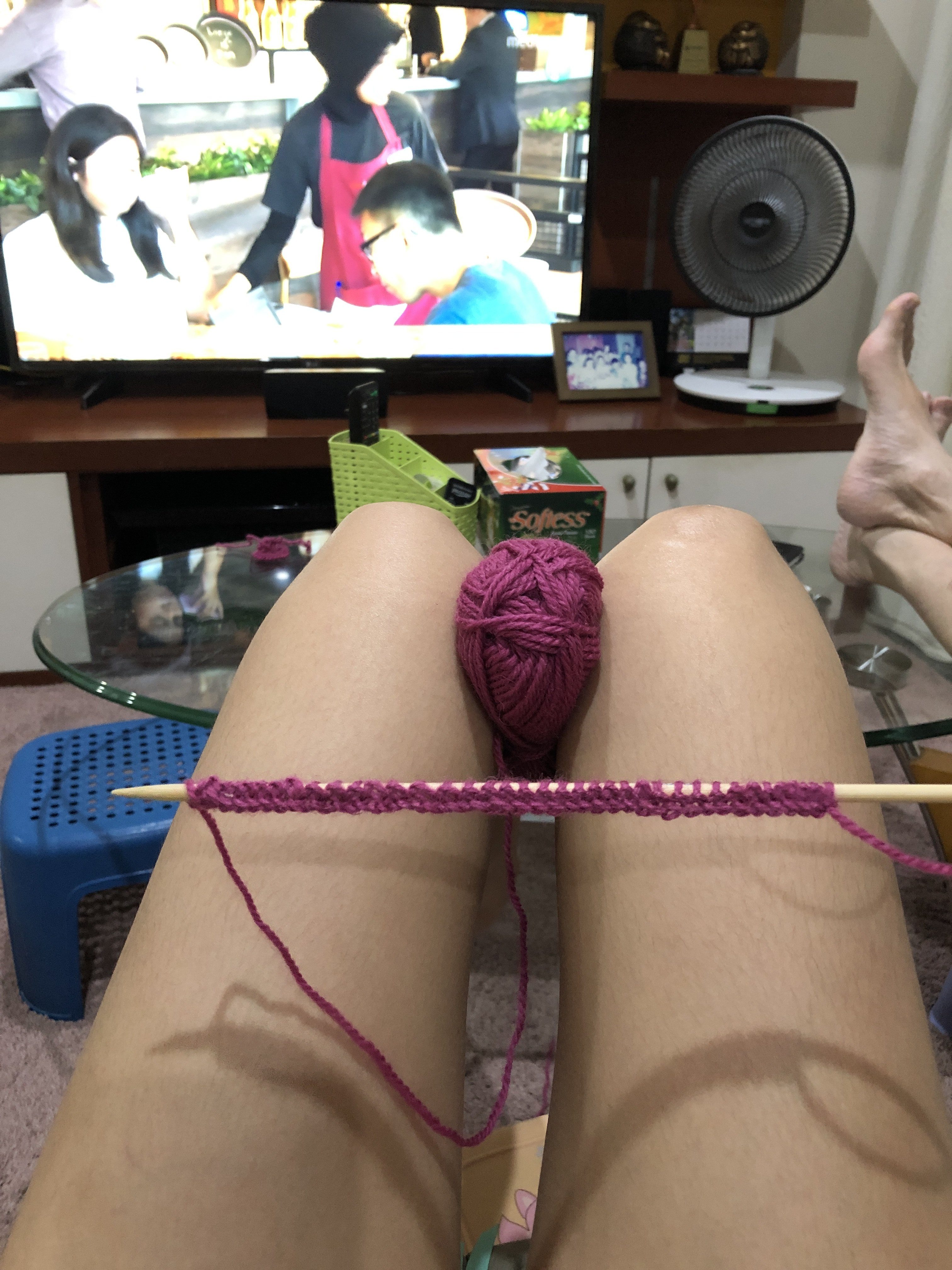 And again! I messed up. I was distracted while watching the news and I forgot which weaved / knot that I’ve transferred, or did not transfer. So… I had no idea on how to un-do my mistake and decided that I’ll just make a new one instead. 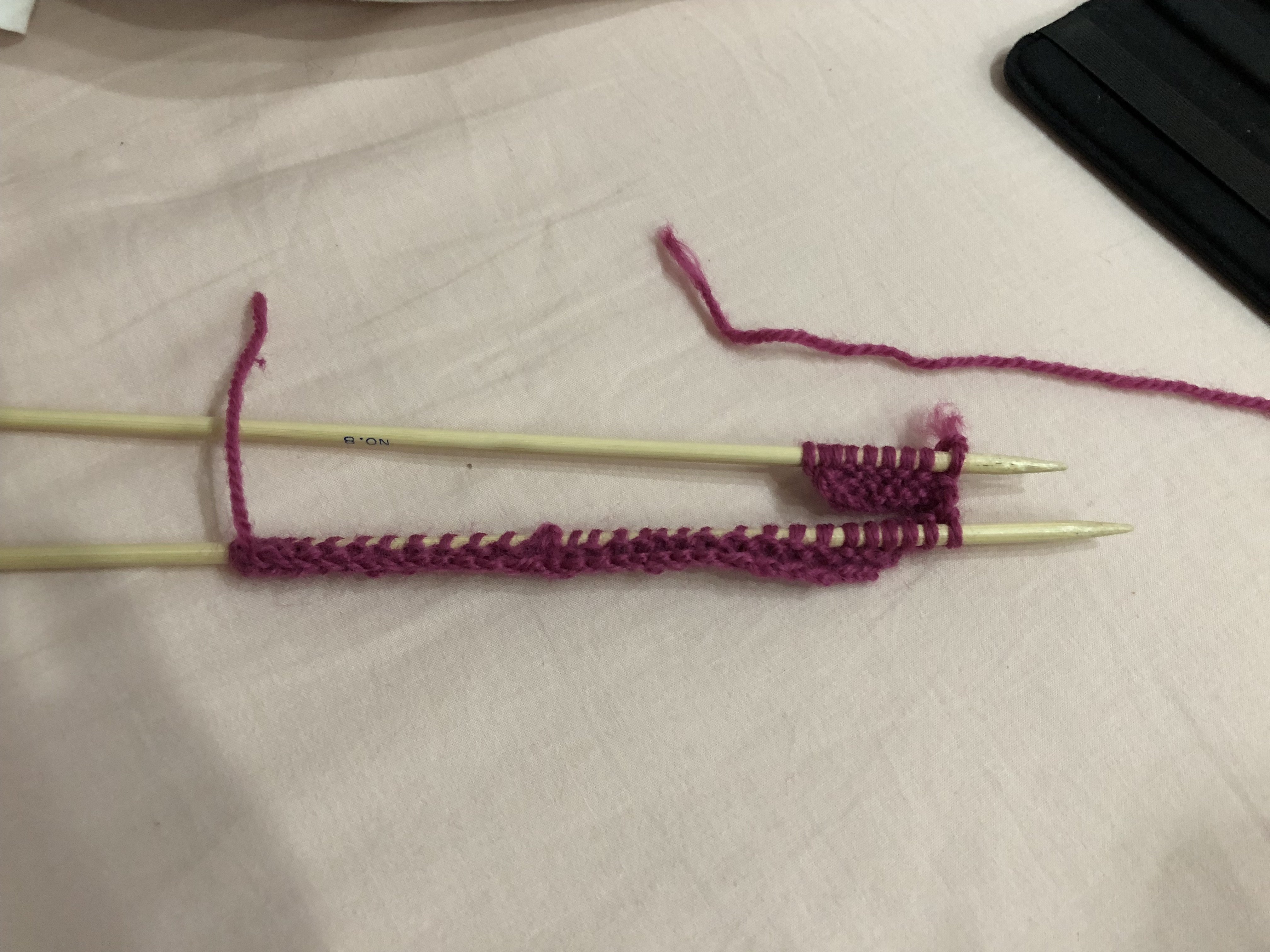 The third attempt is the best one yet! I wanted to make a little scarf for my soft toy thus it’s a little long. But after knitting, I realised it’s a little TOO long. But oh well lets just finish the yarn! 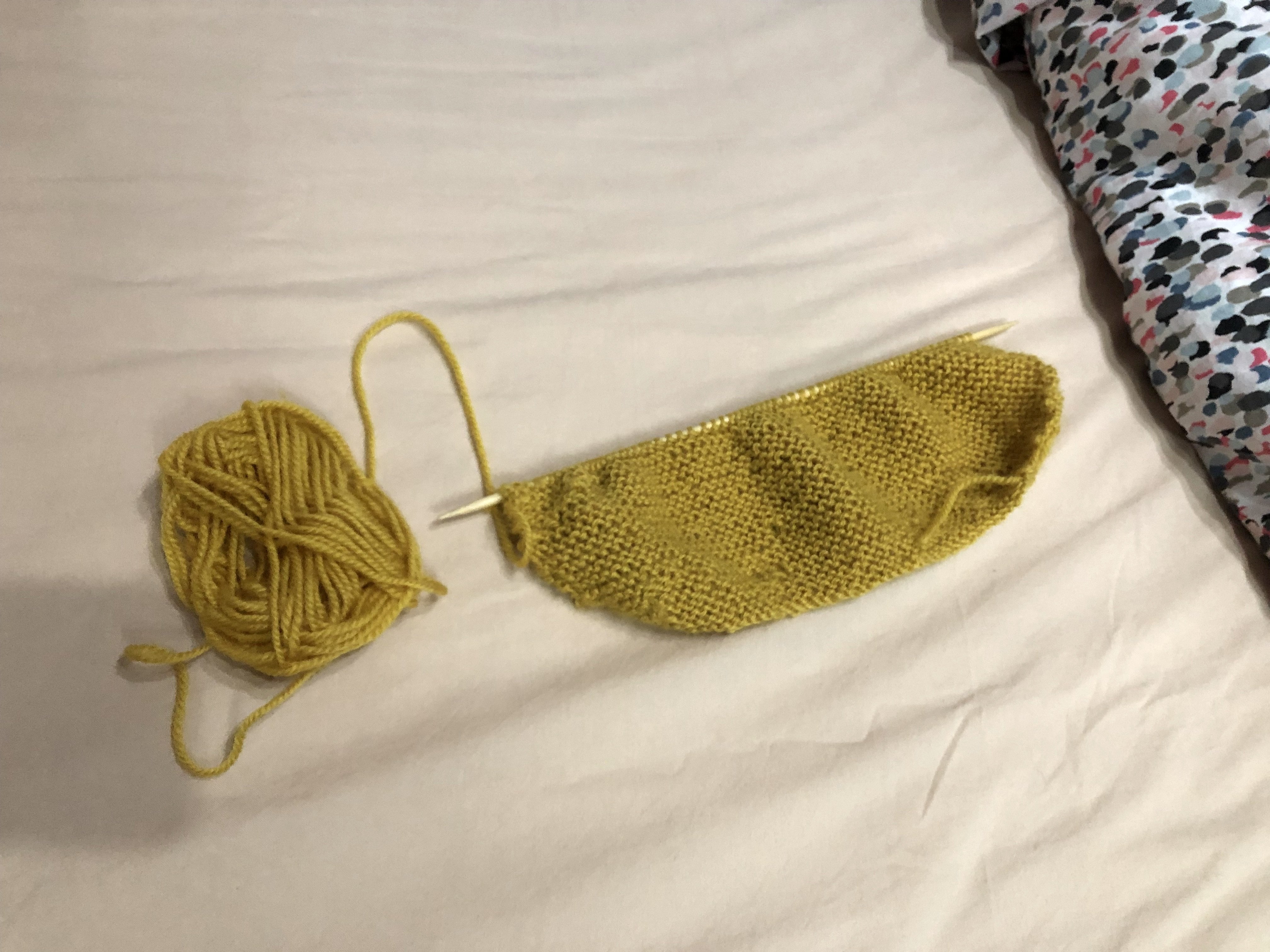 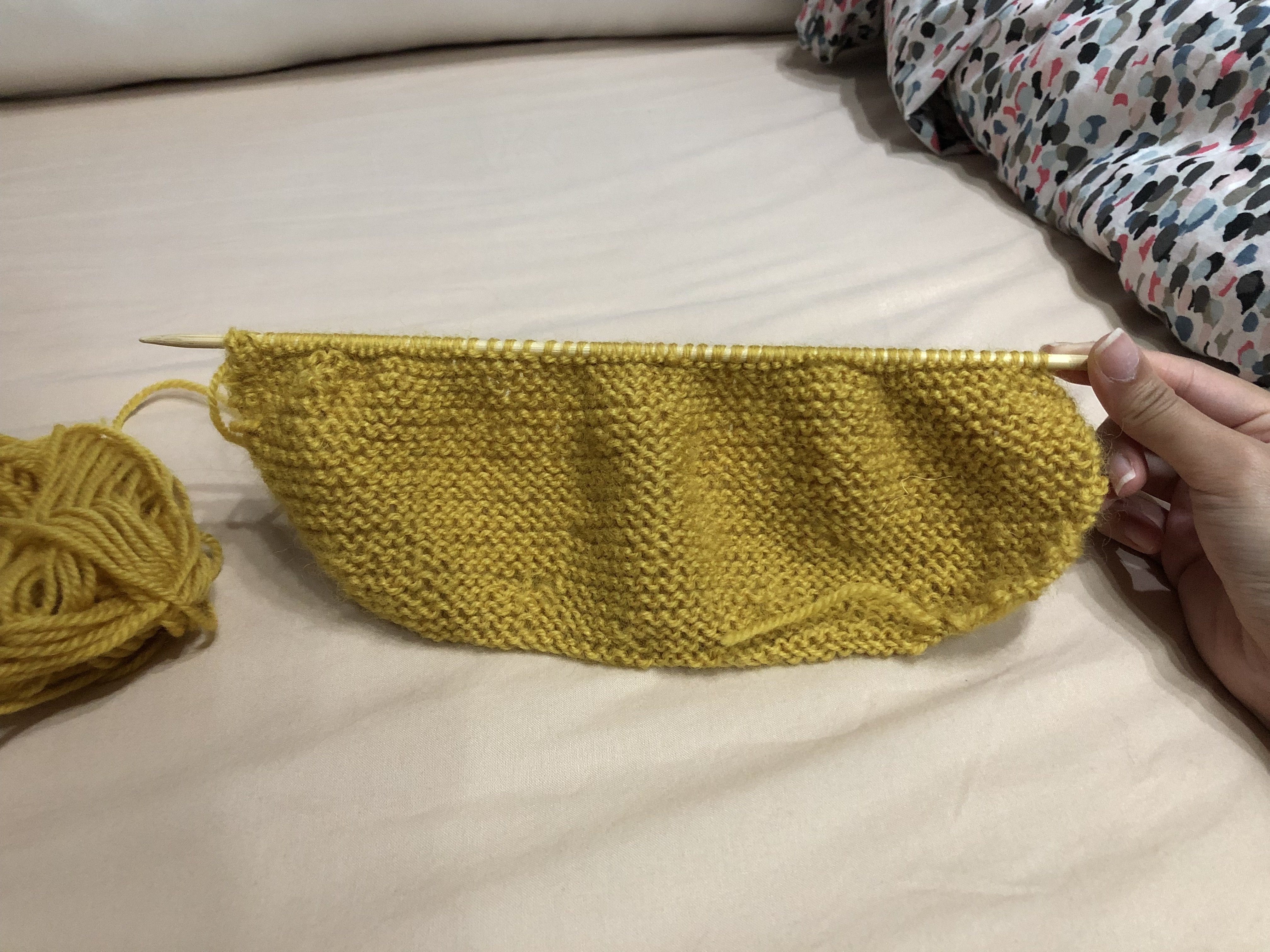 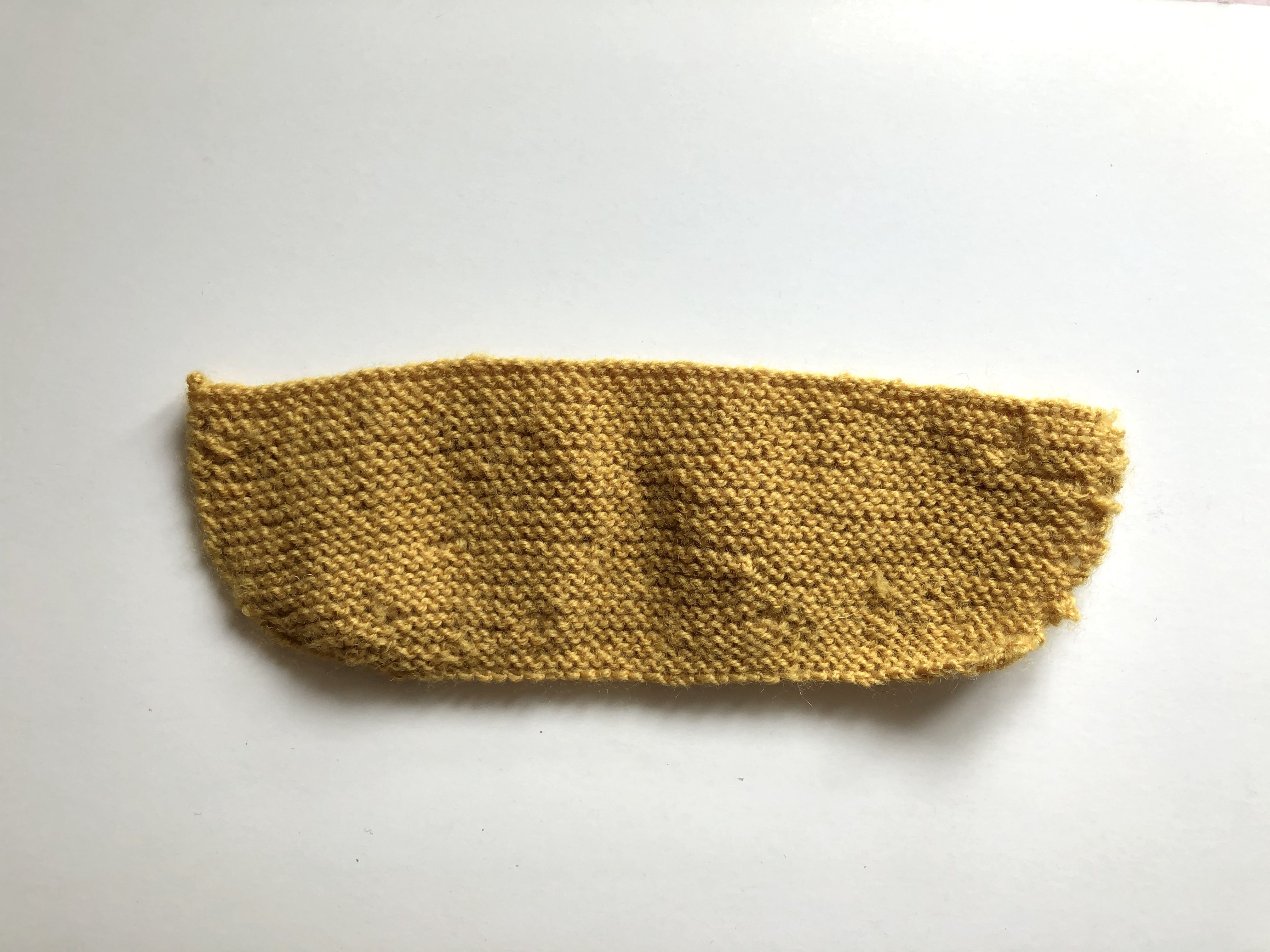 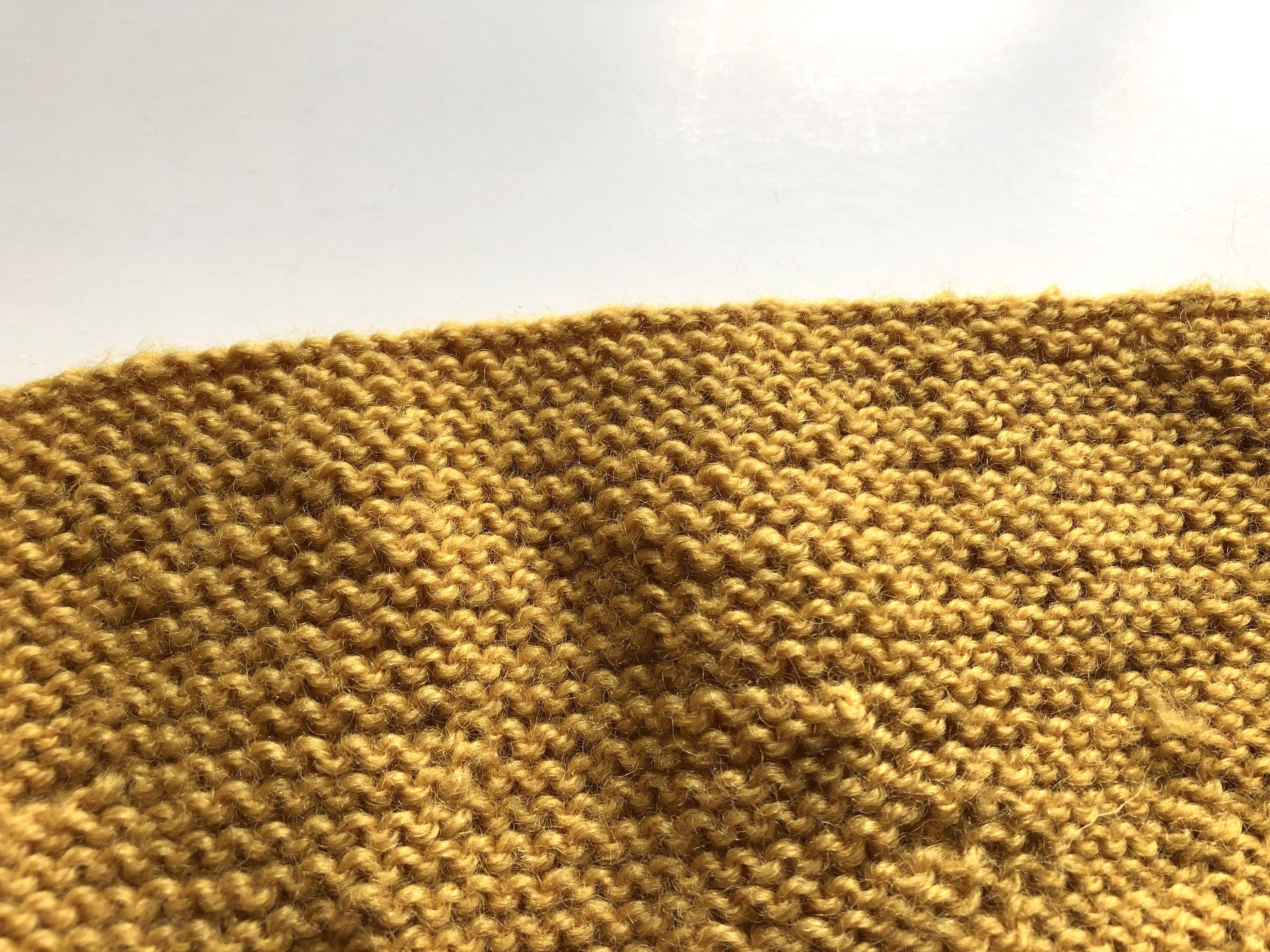 I bought some more yarns which I have yet to try it out. I will start knitting them once I’m done with this mini yellow scarf 🙂

Overall, I feel knitting is quite therapeutic as you can simply zone out and knit, knit, knit. There was once where I did not realise I’ve been knitting for 3 hours straight and it was 3am haha. I am excited to try out my new yarns and am interested in how the wire is gonna turn out. Oh and of course, other knit stitches too!

Heya I’m back again with more knitting! I took a trip to Daiso and bought more yarns and finally I found the T-shirt yarn that I’ve been looking for sooooOOO long. 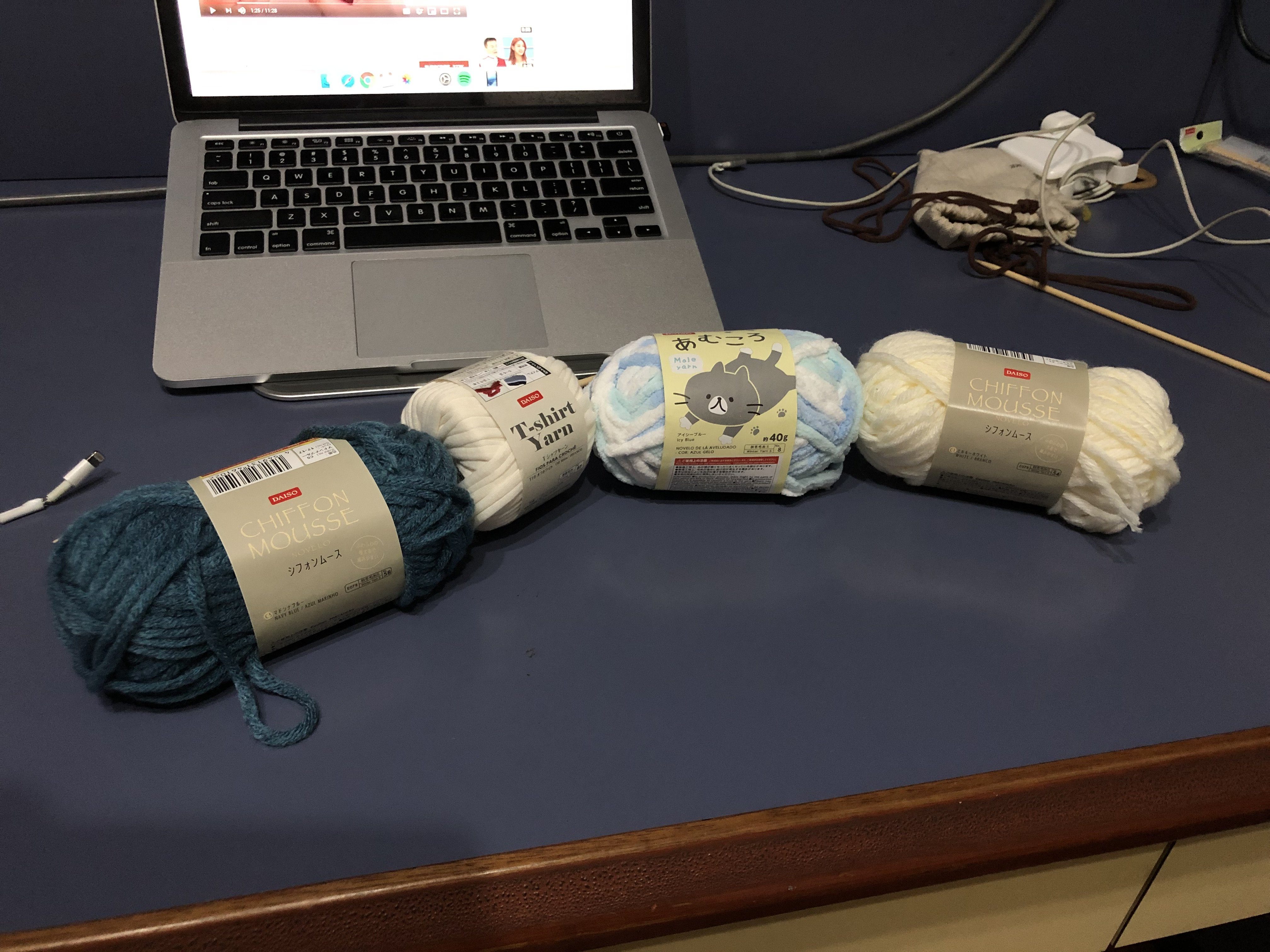 I decided to try a new knitting style which is the 2×1 Rib Knit. Here is my reference video below!

In the beginning it was going well… But it’s a little tough as the knitting has alternates of pearl and the normal knit. And after knitting for 1-2 hour+, my yarn betrayed my trust and broke :’) I guess I was pulling it a little too hard…. 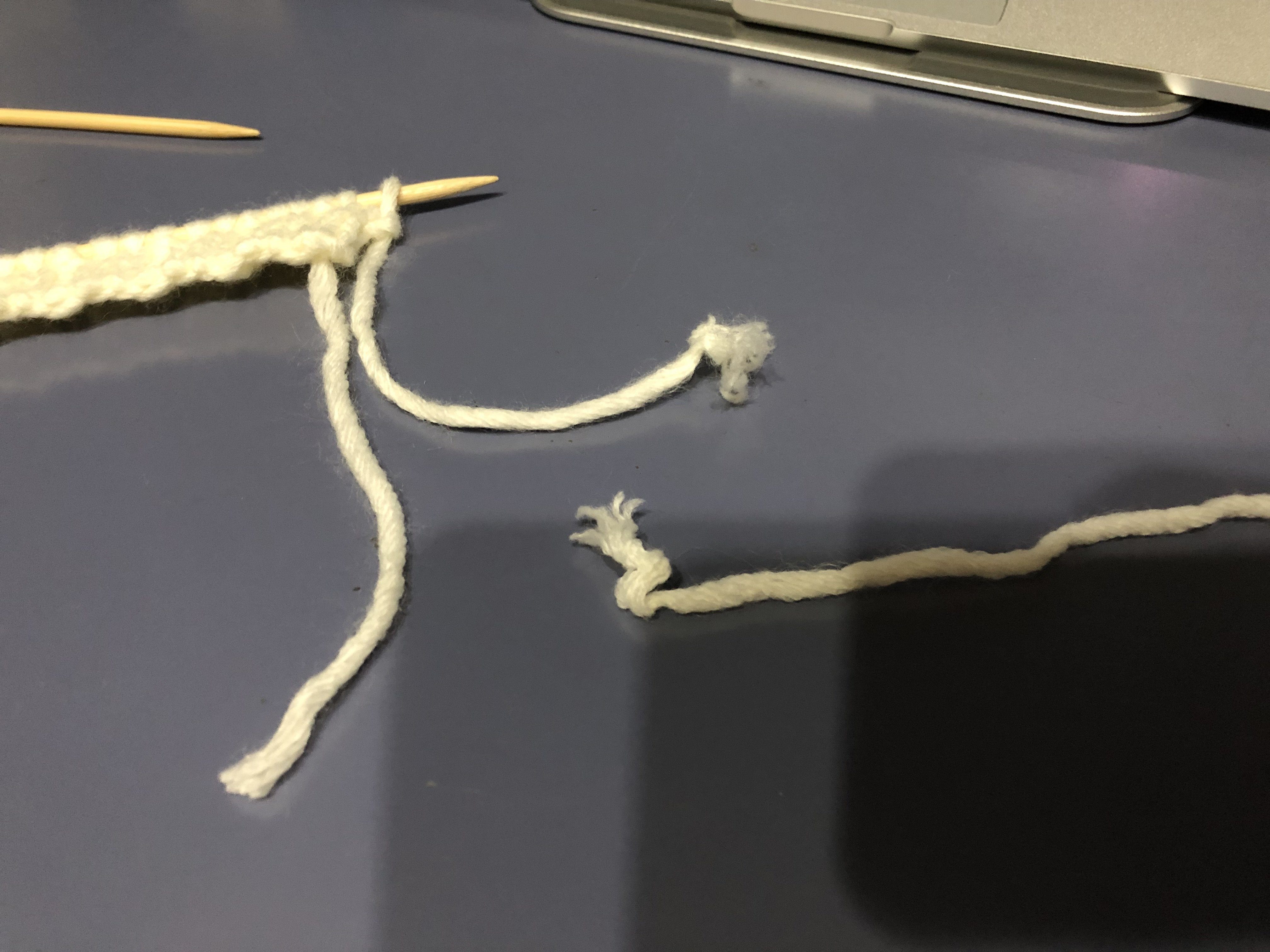 And here are the few little rib knits that survived :’) Thank you for staying with me. 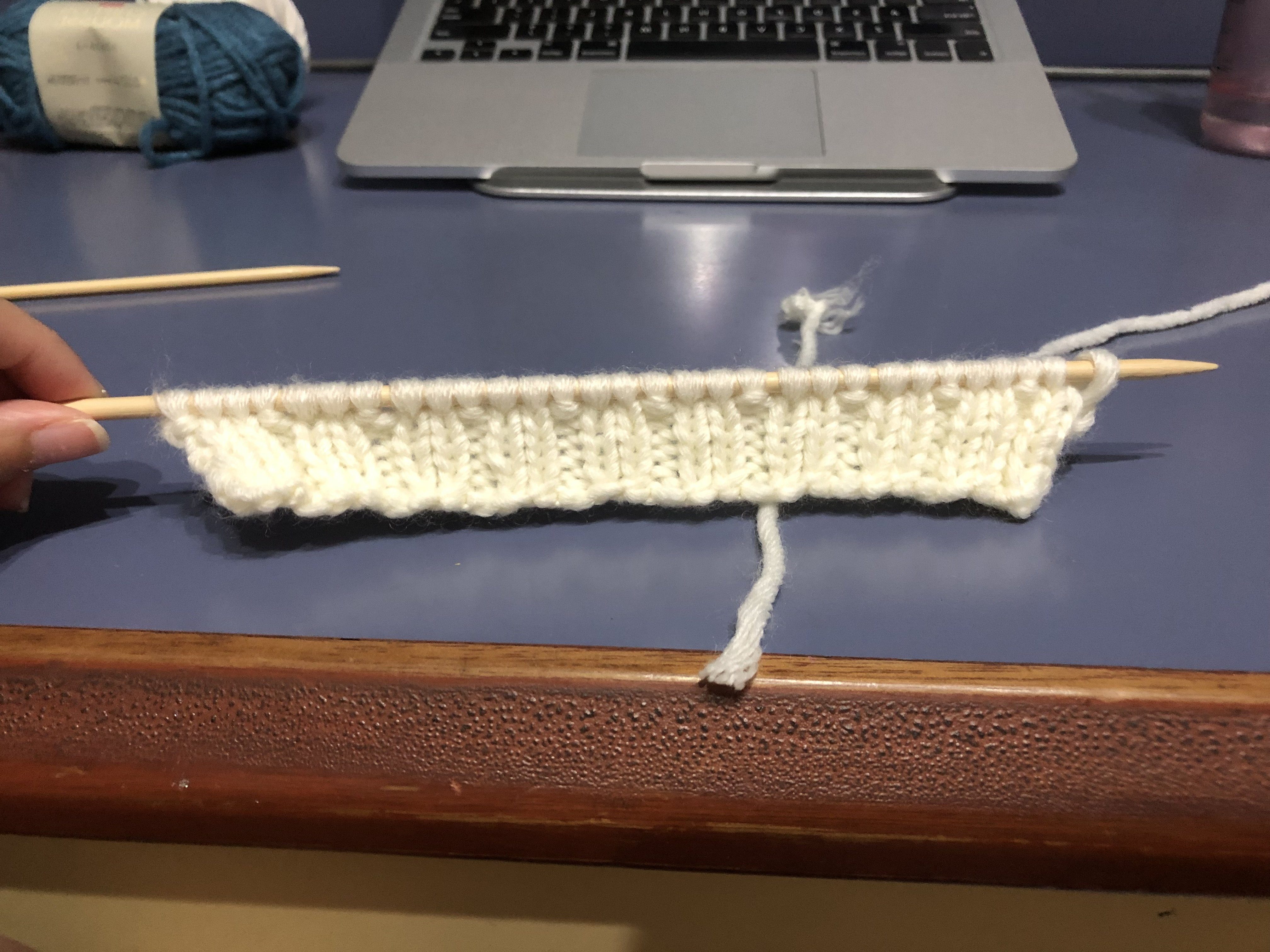 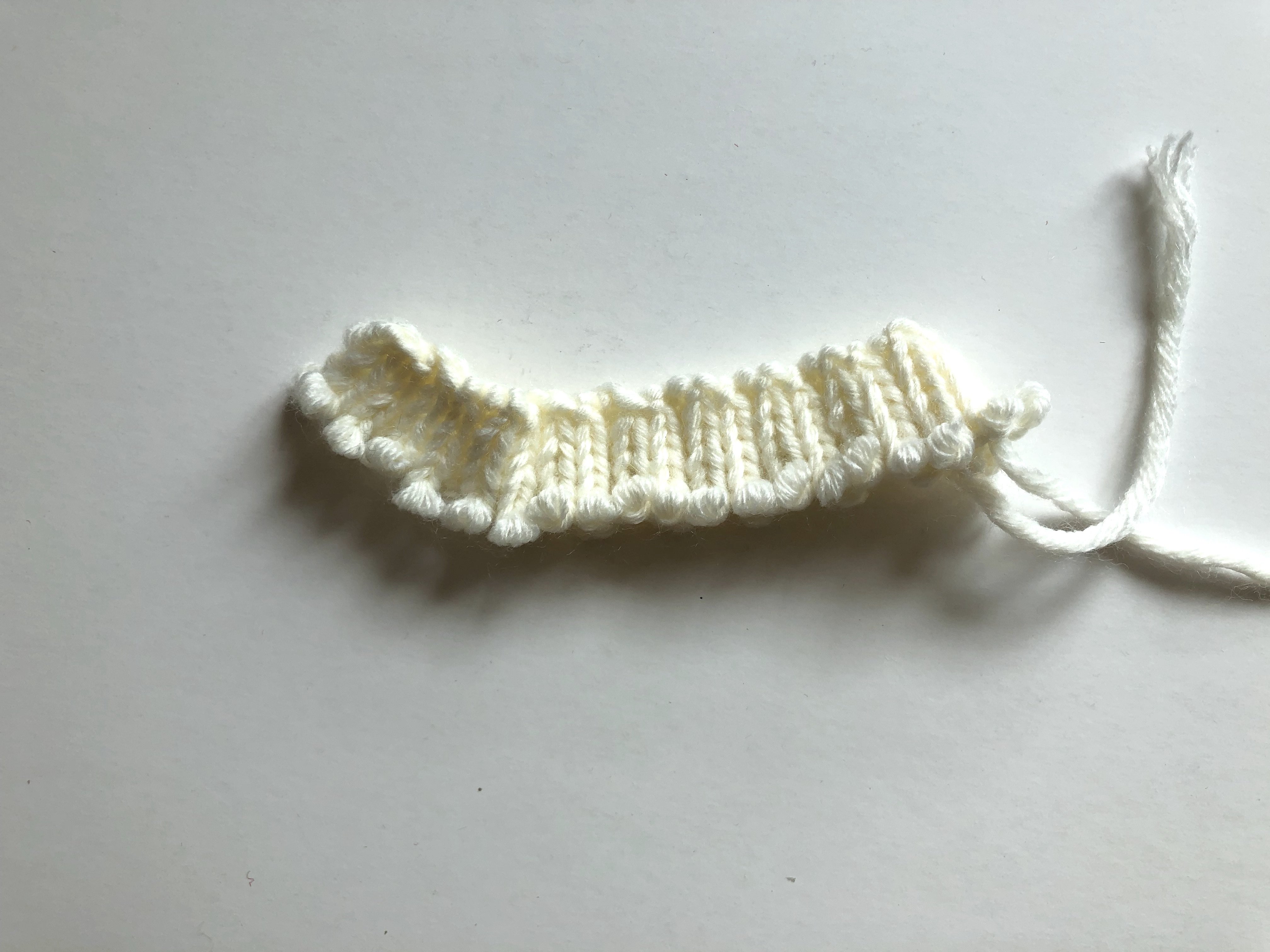 SO I was fedup with that yarn and decided to move on to COPPER WIRE. Ok, first of all, I did not expect it to be SO difficult. I knew it was not gonna be easy, but I never knew it’s gonna be that tough. I almost died while doing the first layer. 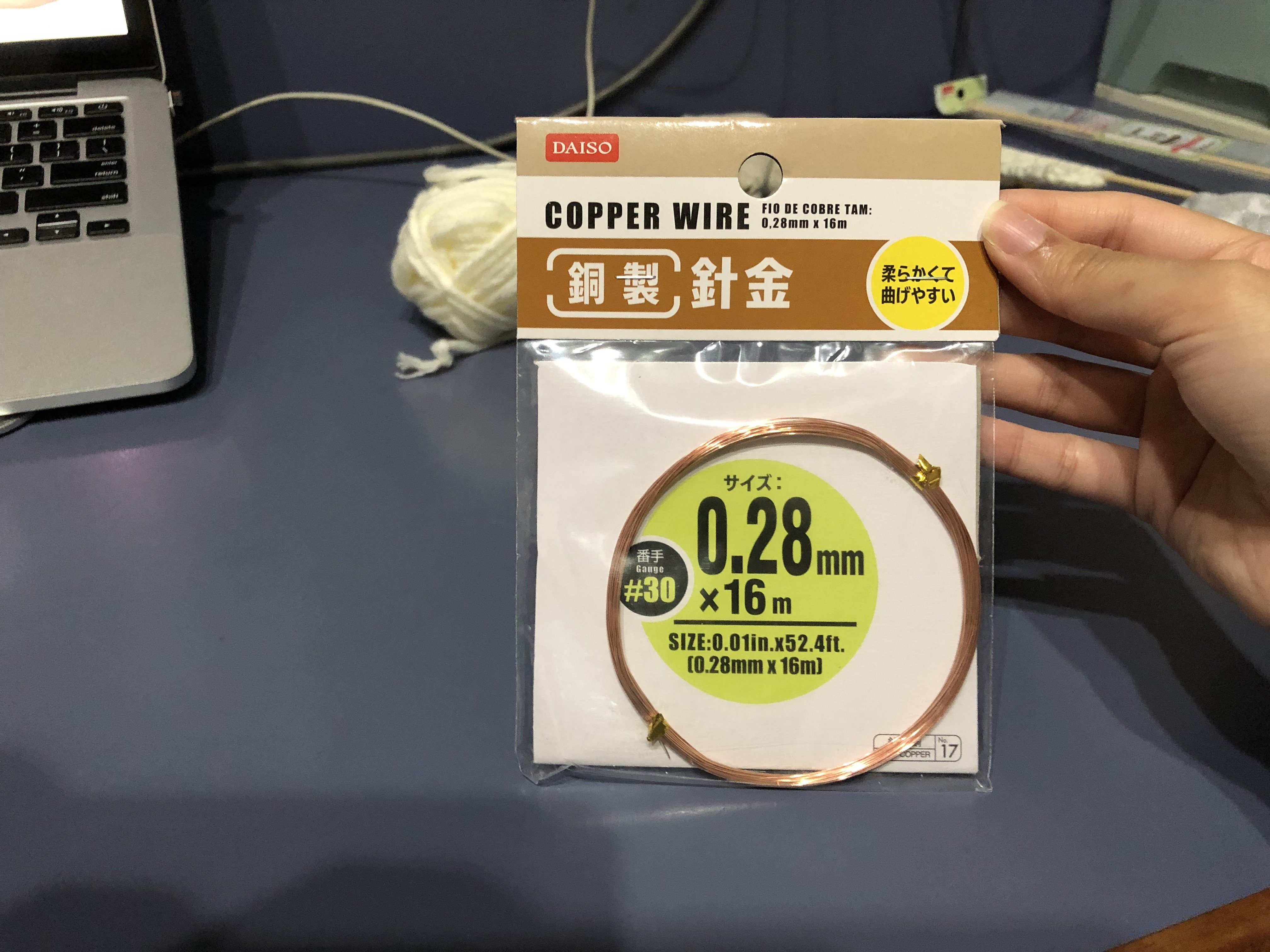 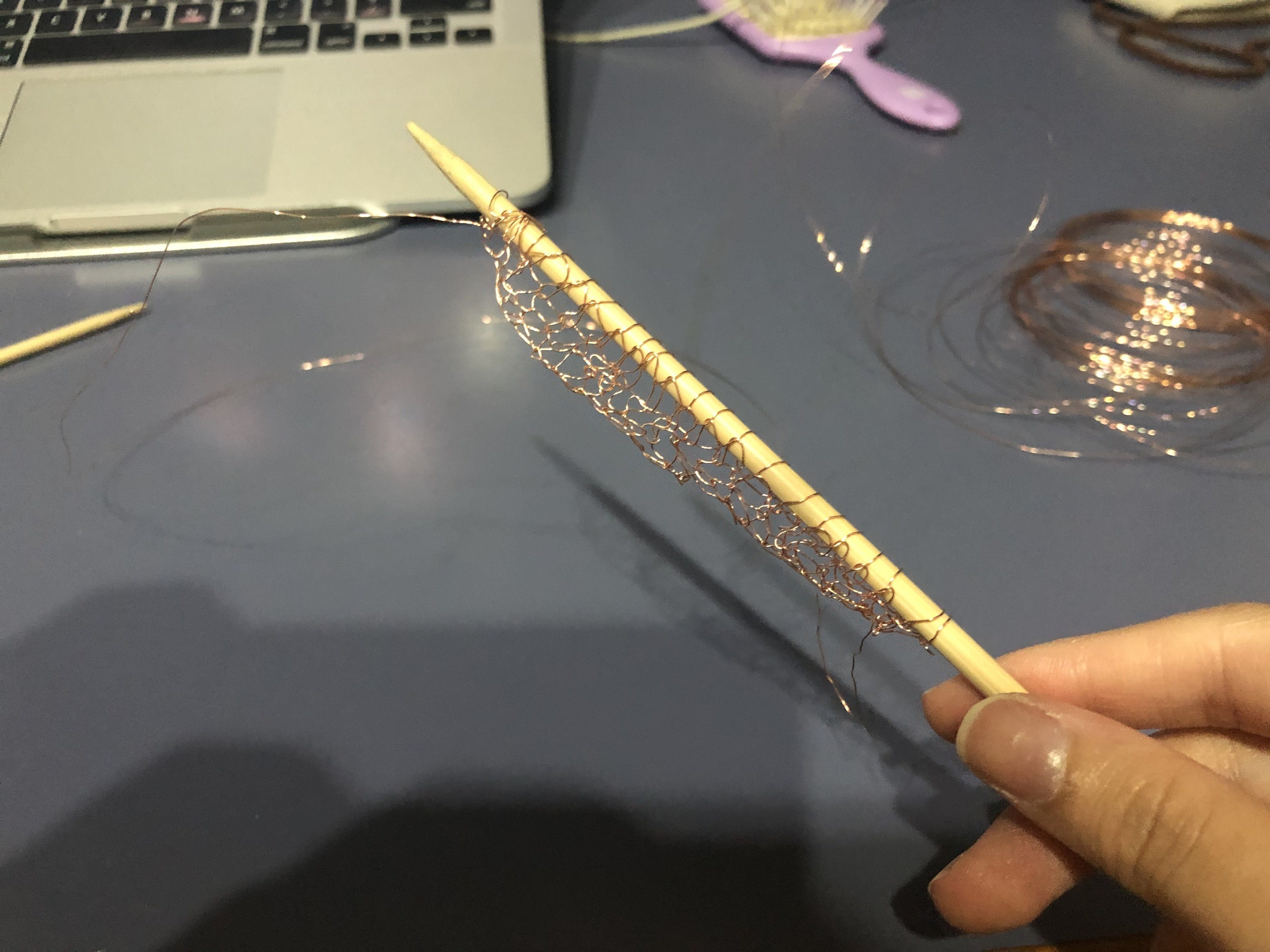 It took forever for me to do this copper wire. The beginning was a mess.. but I believed things will get better overtime. I did not give up, I persevered and finally completed it!!! 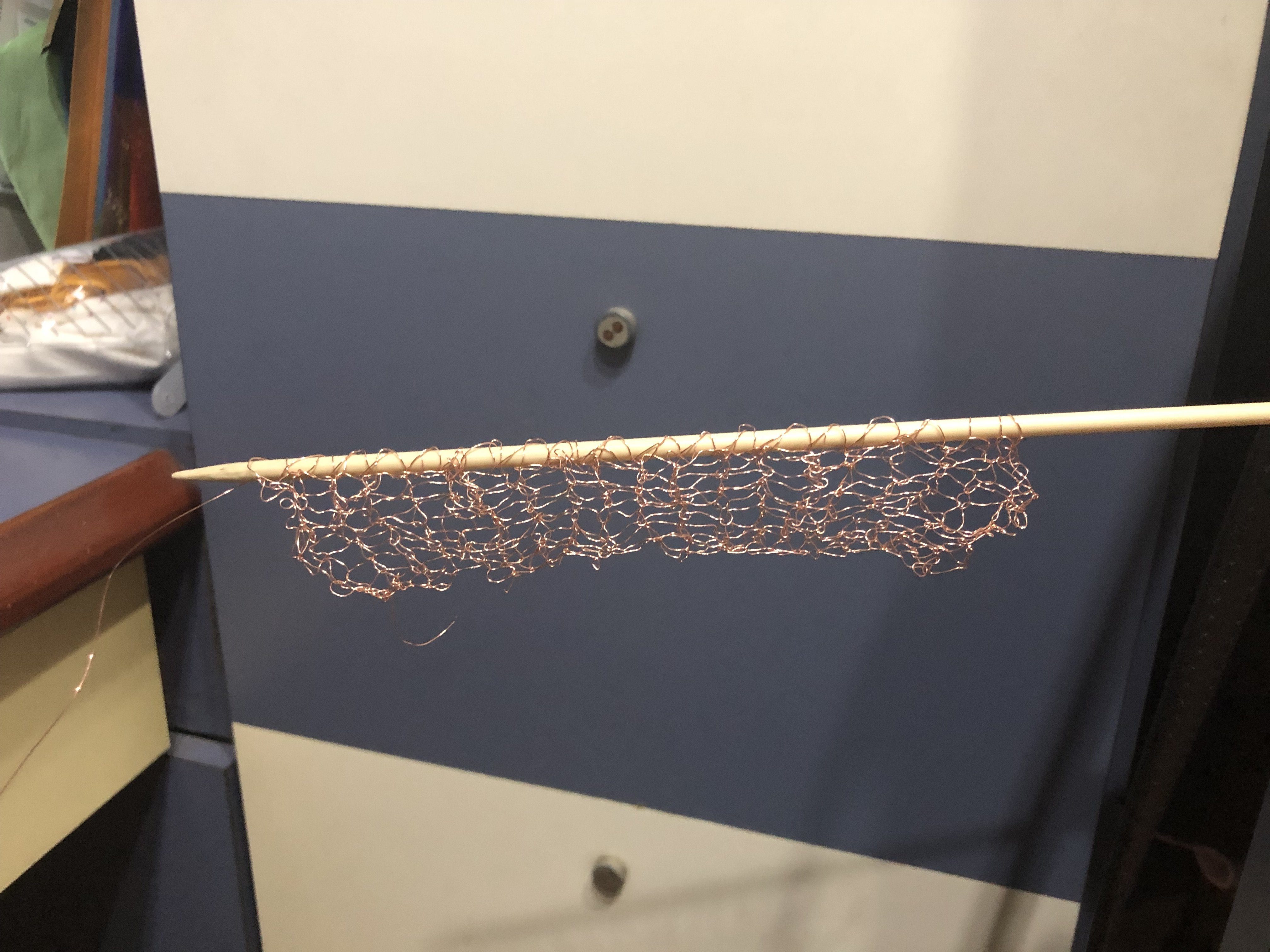 So this is the final look! I’m actually quite proud of myself as it turned out “neater” than I’ve expected hahaha. Overall I was satisfied with the outcome as I felt this was the toughest knitting material to work with! Never again, never again. 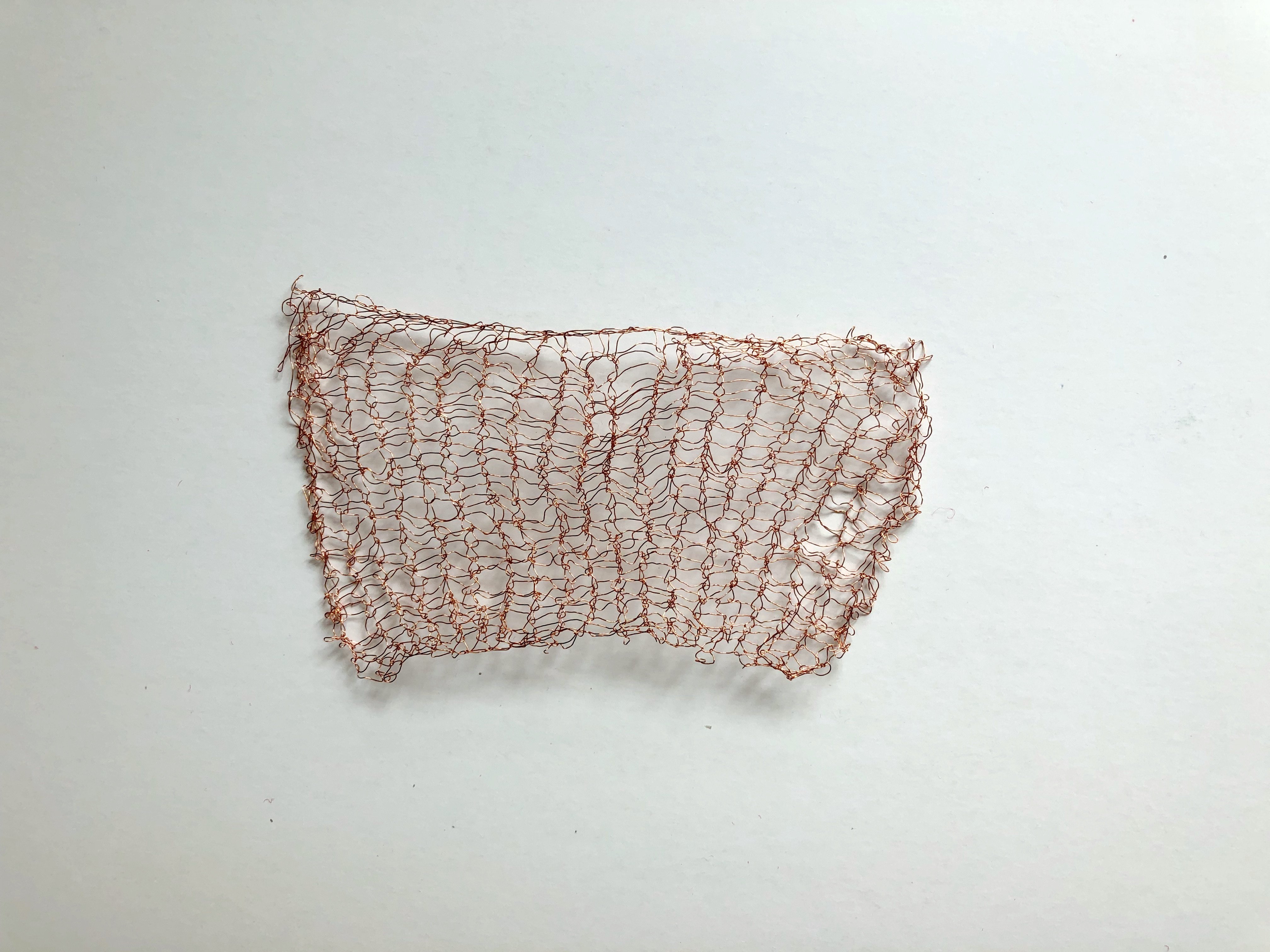 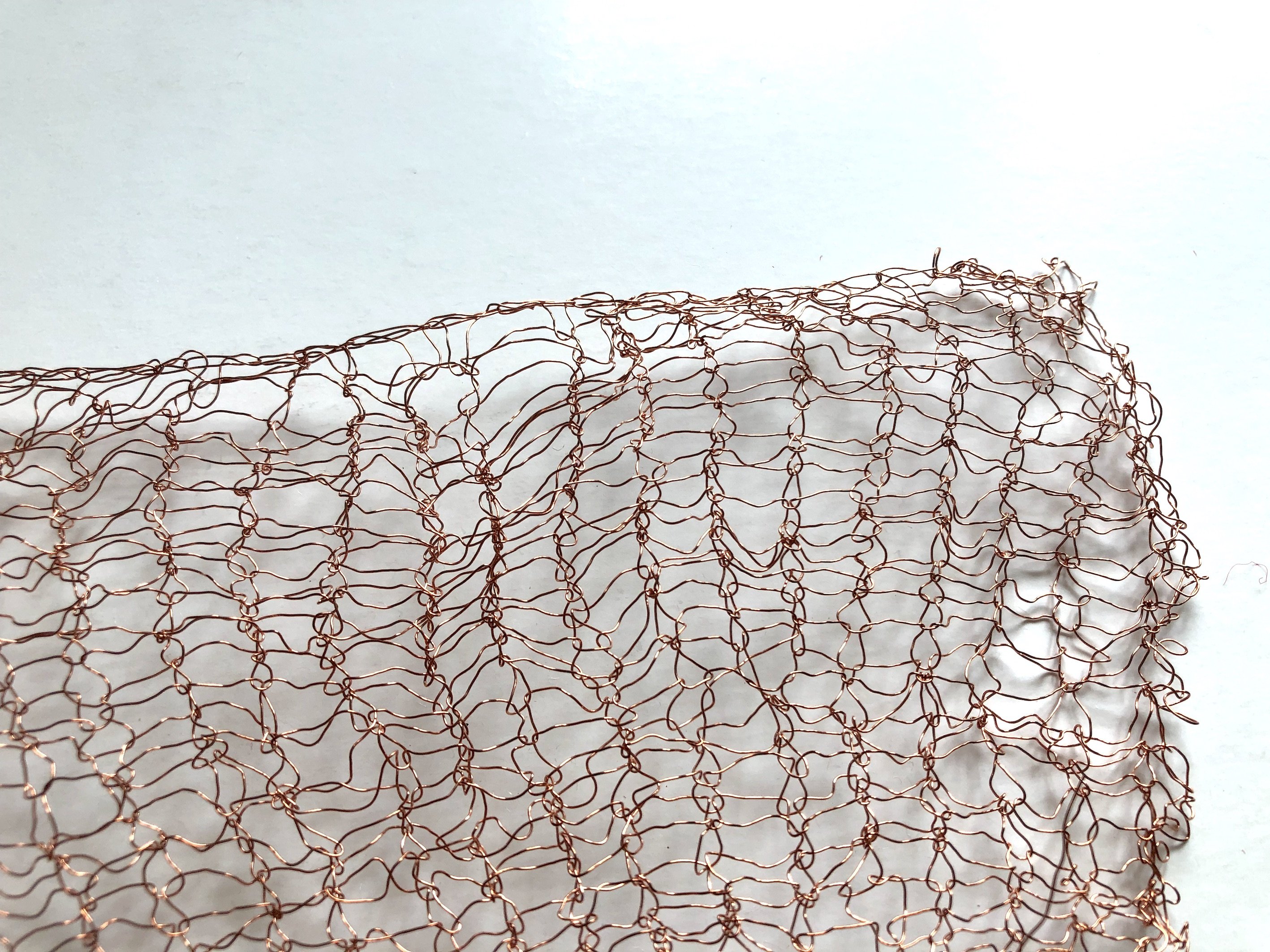 My knitting journey continues! I’m so excited to try out the T-shirt yarn as I’ve alwayssss wanted to knit with it as the material is so soft, but most of the Daisos that I went to (Plaza Sing and IMM), its always oos! But finally Ion’s Daiso did not disappoint me and I finally got the yarn I wanted :’) And also a new 10mm knitting needle.

As you can see the timestamp stated in my Instagram story. I was literally knitting at 4am in the morning hahahahaha. I can’t express the love I have for this yarn and my new knitting needle! I love it so much. 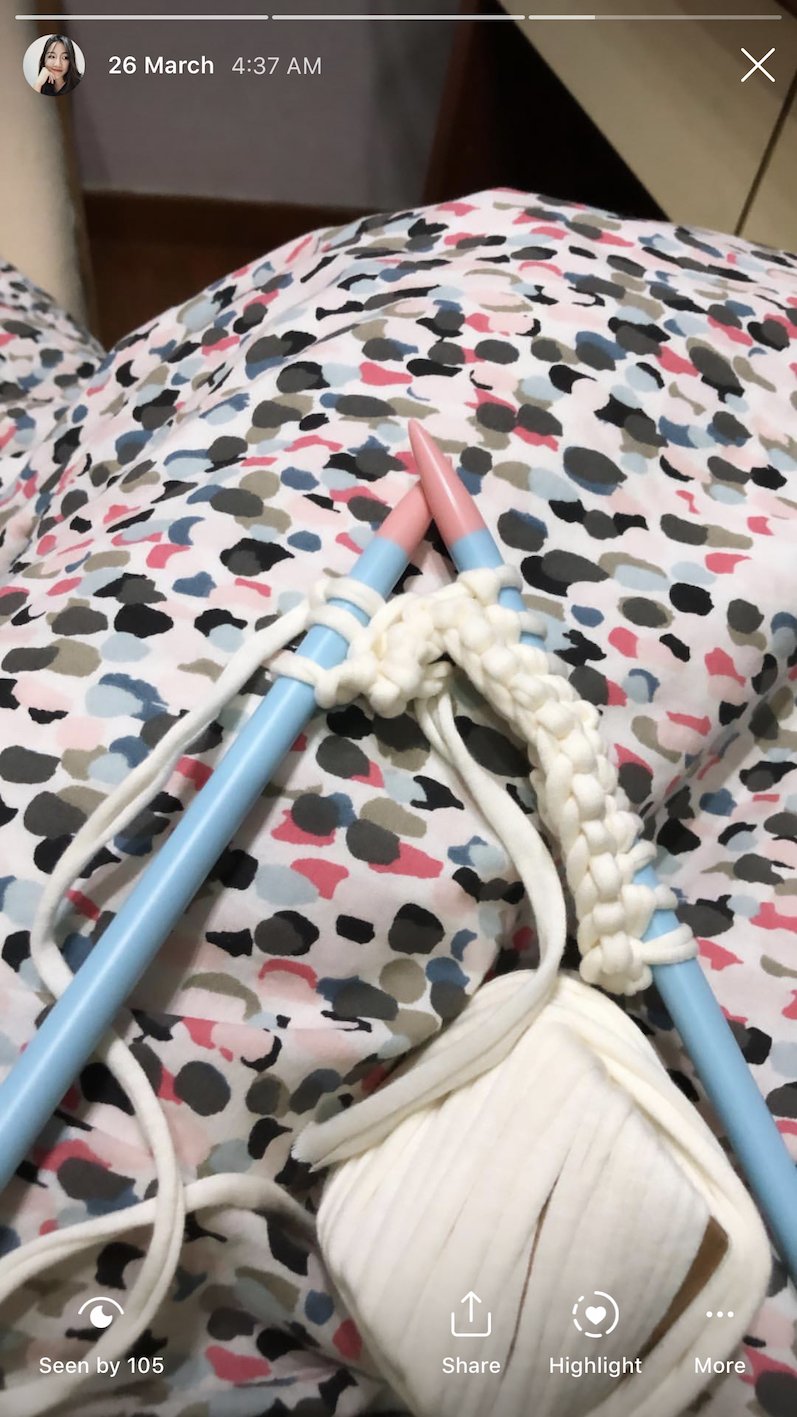 Here is the final outcome! This is my favourite piece among all my knits :’) It’s so softttt and squishy. And it would be safe to say it’s one of my neatest knits as well. 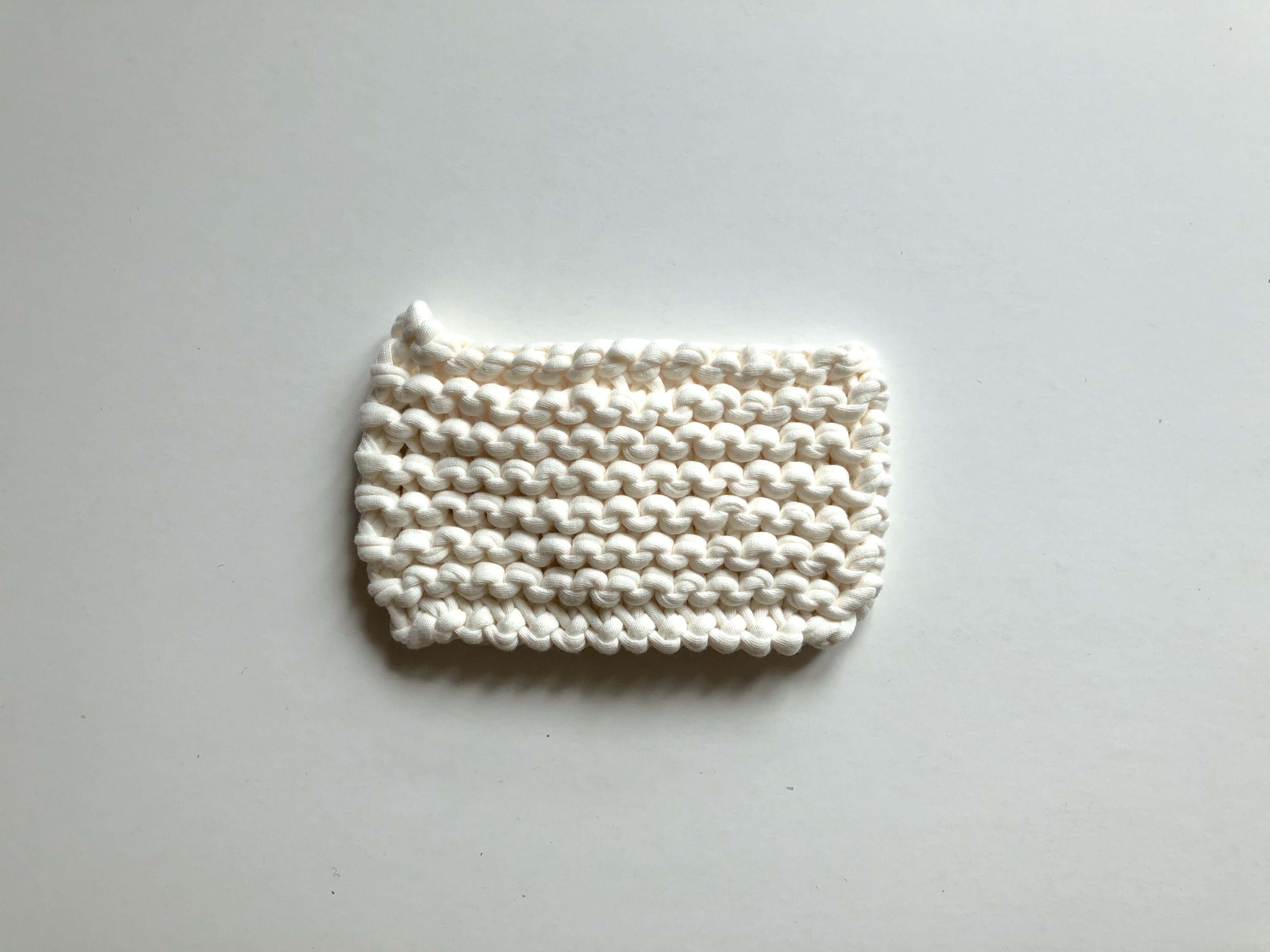 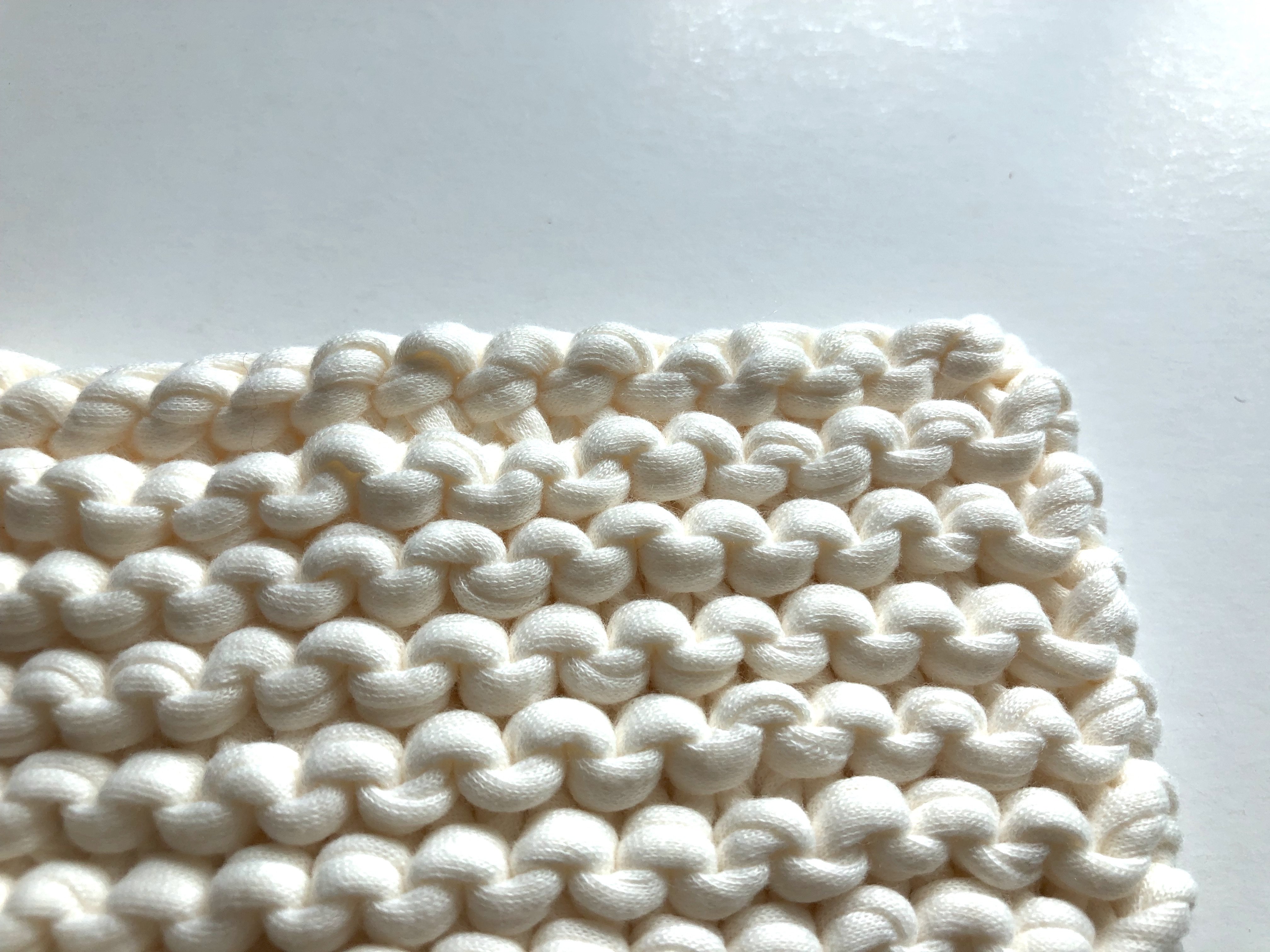 Wanted to try out with new yarns and bought this ribbon string! I was using a 3mm needle and realised that it’s taking forever to knit this cos it’s so tiny :’) Will definitely check back with this process real soon. 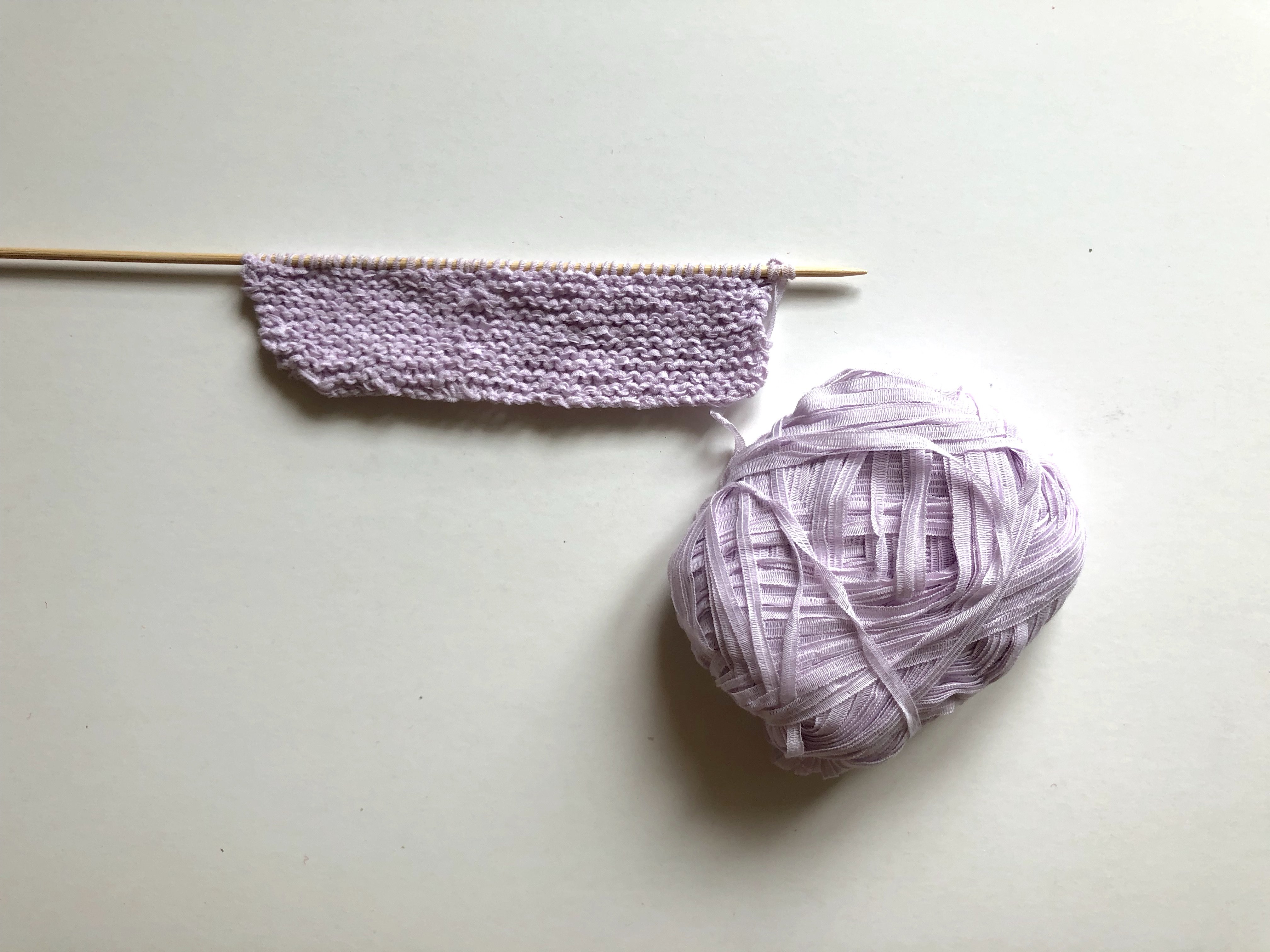