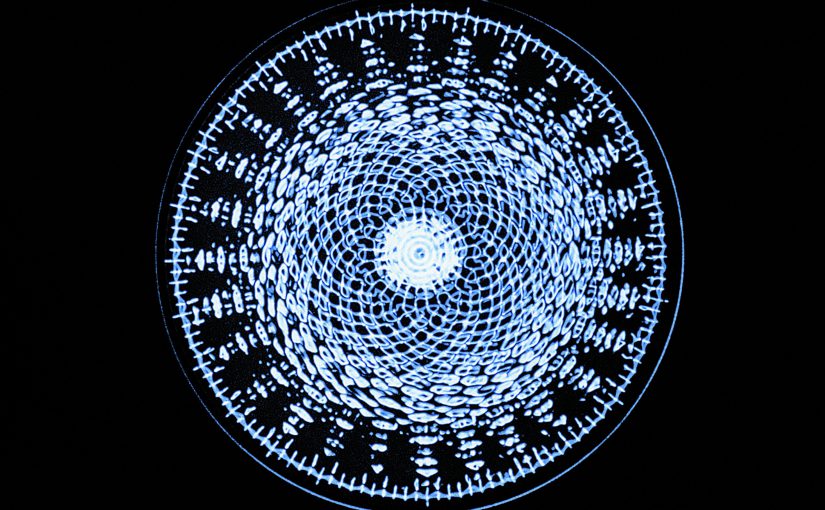 I was just looking around for some inspiration and I’ve finally found something that I’ve been looking for a long long time! I remembered seeing this somewhere on my Facebook but I don’t really know whats the term for it. And guess what, it’s called Cymatics.

Cymatics (from Greek: κῦμα “wave”) is the study of visible sound co vibration, a subset of modal phenomena. Typically the surface of a plate, diaphragm, or membrane is vibrated, and regions of maximum and minimum displacement are made visible in a thin coating of particles, paste, or liquid.
I felt that the word Cymatics, kind of reminded me one of the keywords in the brief, which was Resonance. In classical physics, resonance is a phenomenon in which a vibrating system or external force drives another system to oscillate with greater amplitude at a specific preferential frequency.
I couldn’t find the exact video I saw, which was that this artist had use cymatics to create his own art, it was really c o o l. But anyhow, here are some videos which I found that is quite awesome as well and I wanted to share with you guys! Please turn down your volume as there’s some high frequency audio involved.
I’ve actually tried to make a Tonoscope at home and I’ll bring it to class tomorrow! Oh and a tonoscope is a fun acoustic device that enables you to see beautiful patterns created by the sound of your voice. Buttttt, I didn’t get the right materials as I was just using a metal cup. So I used some music to produce bass and it moved! It didn’t work exactly like it did in the videos, but the salt… still vibrates ok hahaha.