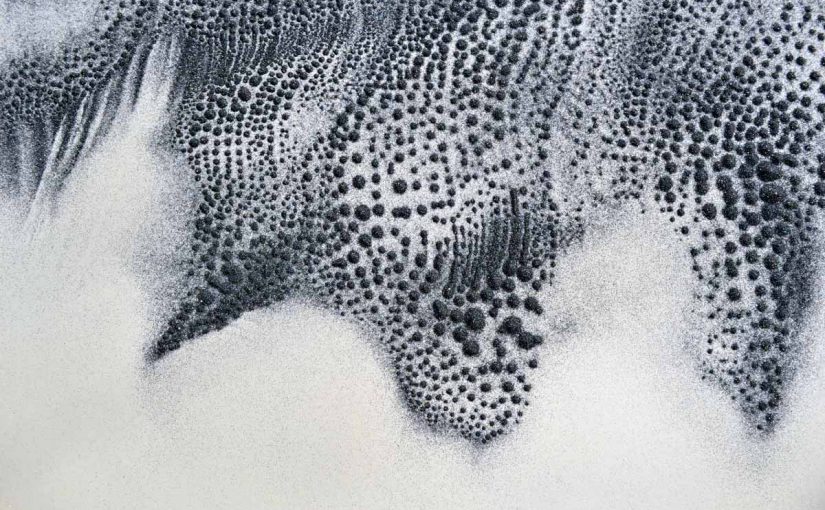 Hi guys! Previously on my post, I showed some cool stuff of Cymatics. I was really amazed at how the objects moved according to the vibrations, thus, I decided to make myself a tonoscope! I did some research and since I do not really have the materials… I tried to improvise, and it sort of works? 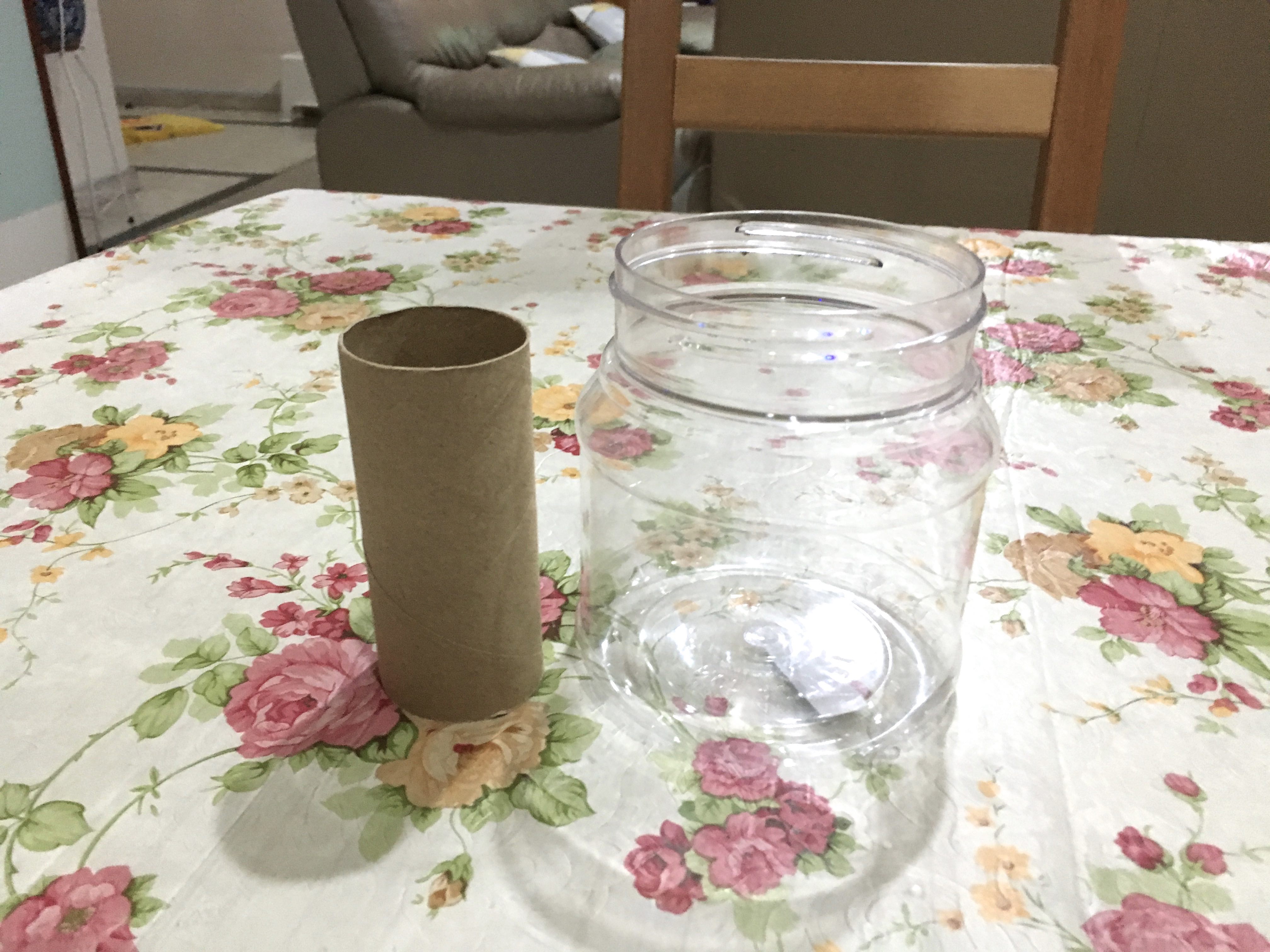 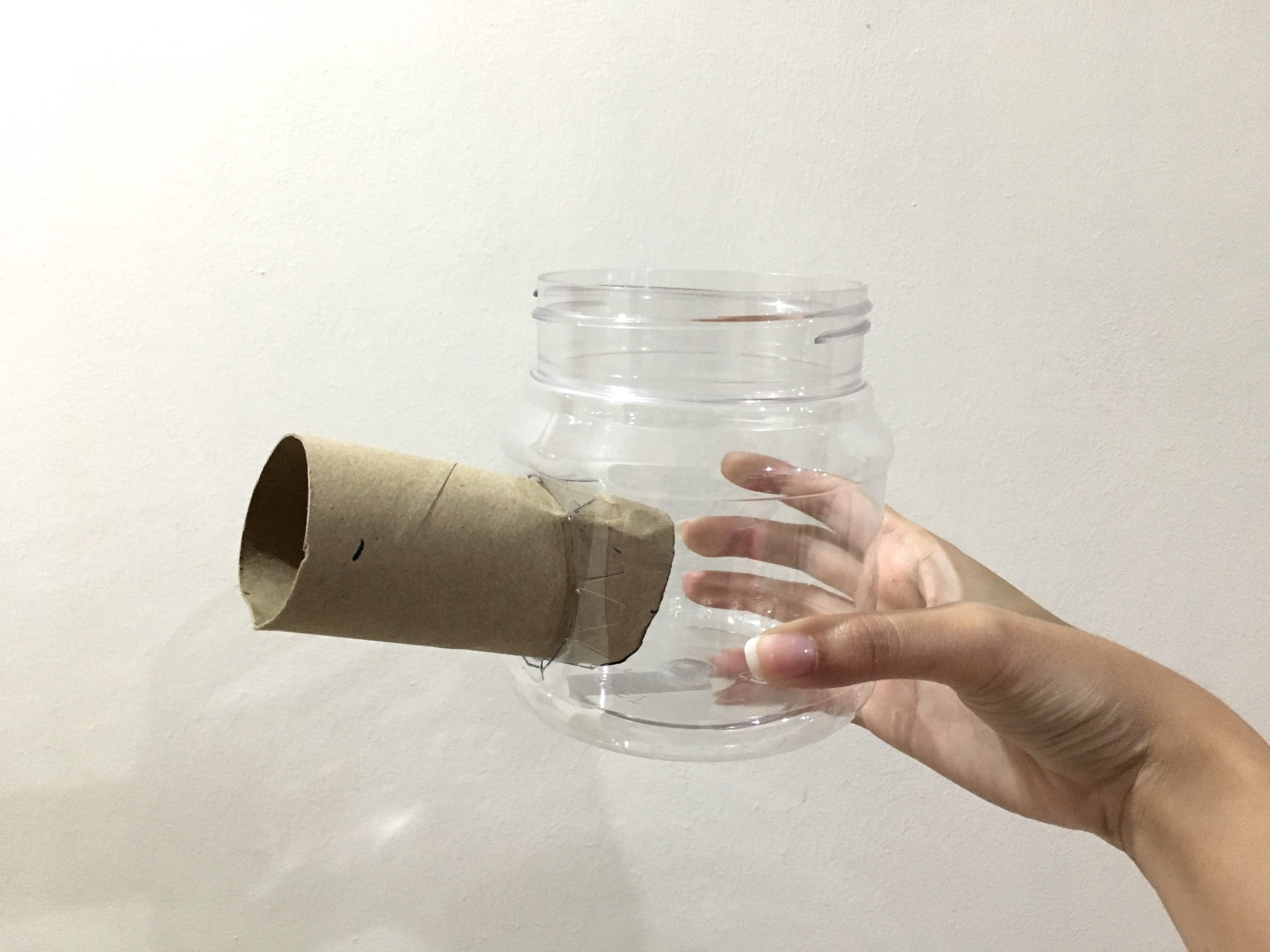 Cut a hole at the side of the container and insert the toilet roll. Make sure it’s tight, so that the sound wouldn’t escape as much. 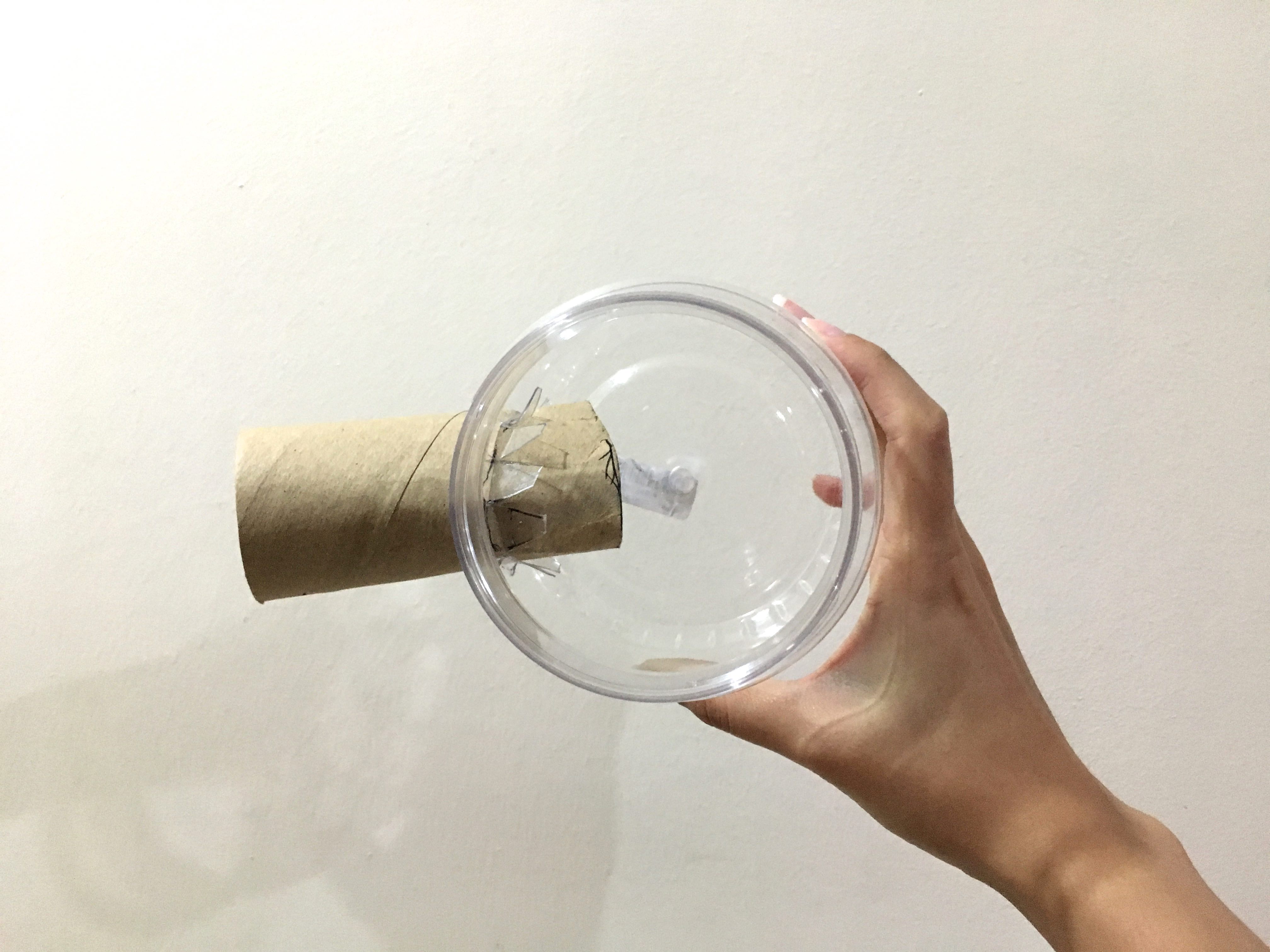 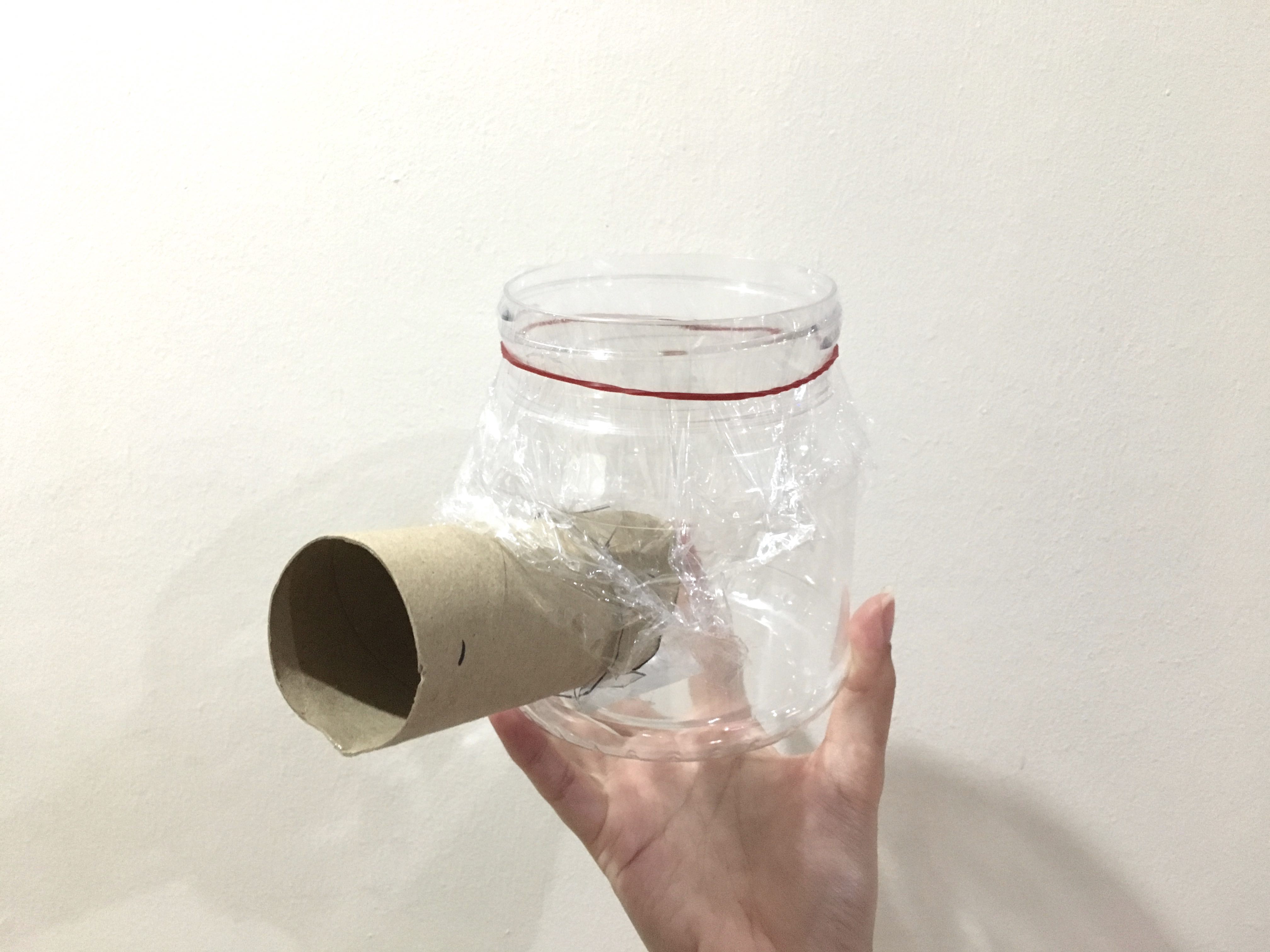 Cling wrap it reaaaaaal tight, secure it with a rubber band. 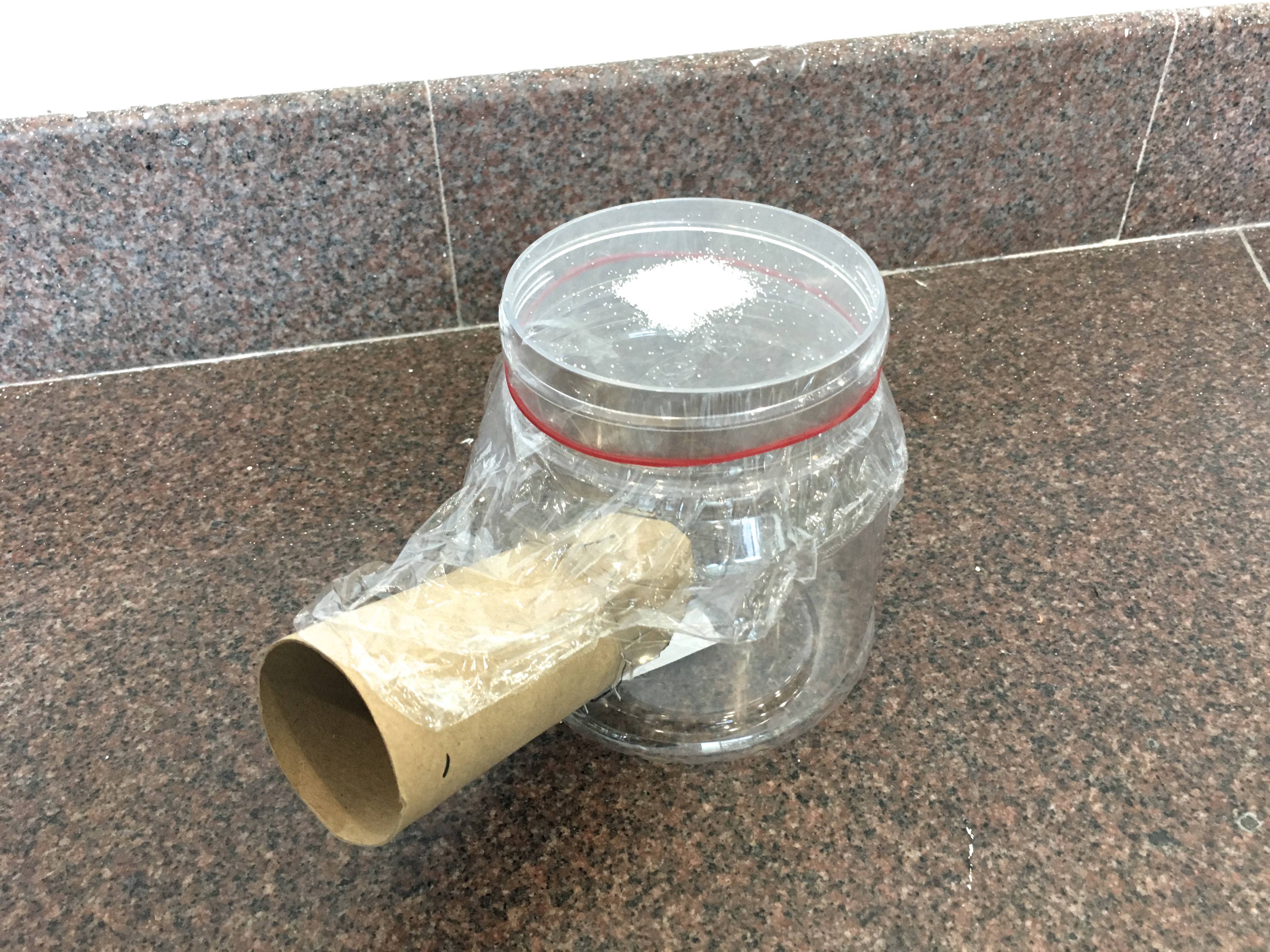 Tadah and it’s done! Simply place some salt/sugar/or cinnamon (as cheryl suggested to give some smell) on the cling wrap itself. Here’s a short video clip to show how it turned out!

I realised that a metal tin would be so much better as it will be able to give a better resonance than a plastic container. But oh well, it’s a fun experiment otherwise!

After sharing each of our sound texturizers with the class, Cheryl brought some of her own sound texturizer and we went up to the rooftop to try them out. It was reaallly fun. Especially the thunder drum(?) thingy. 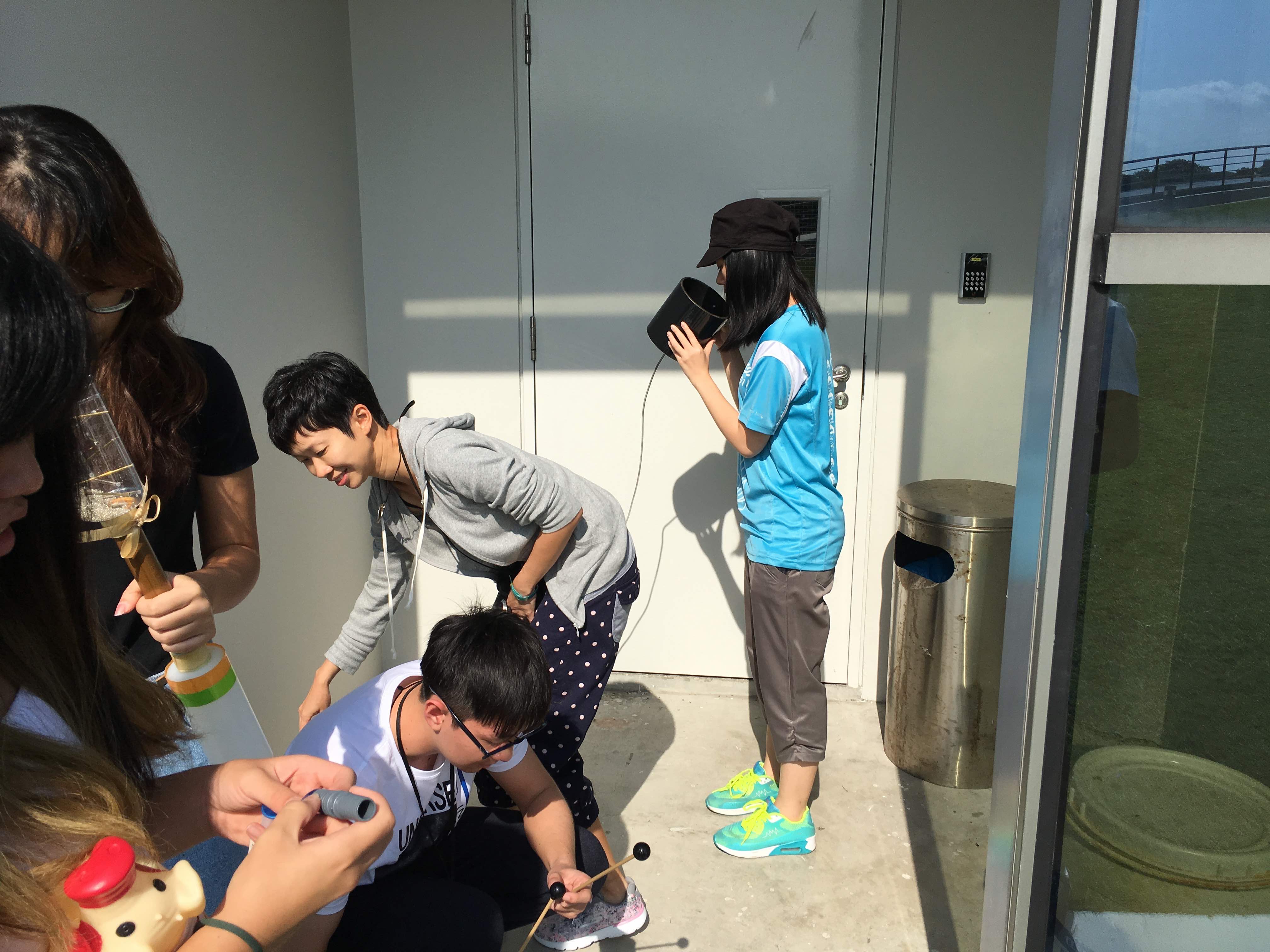 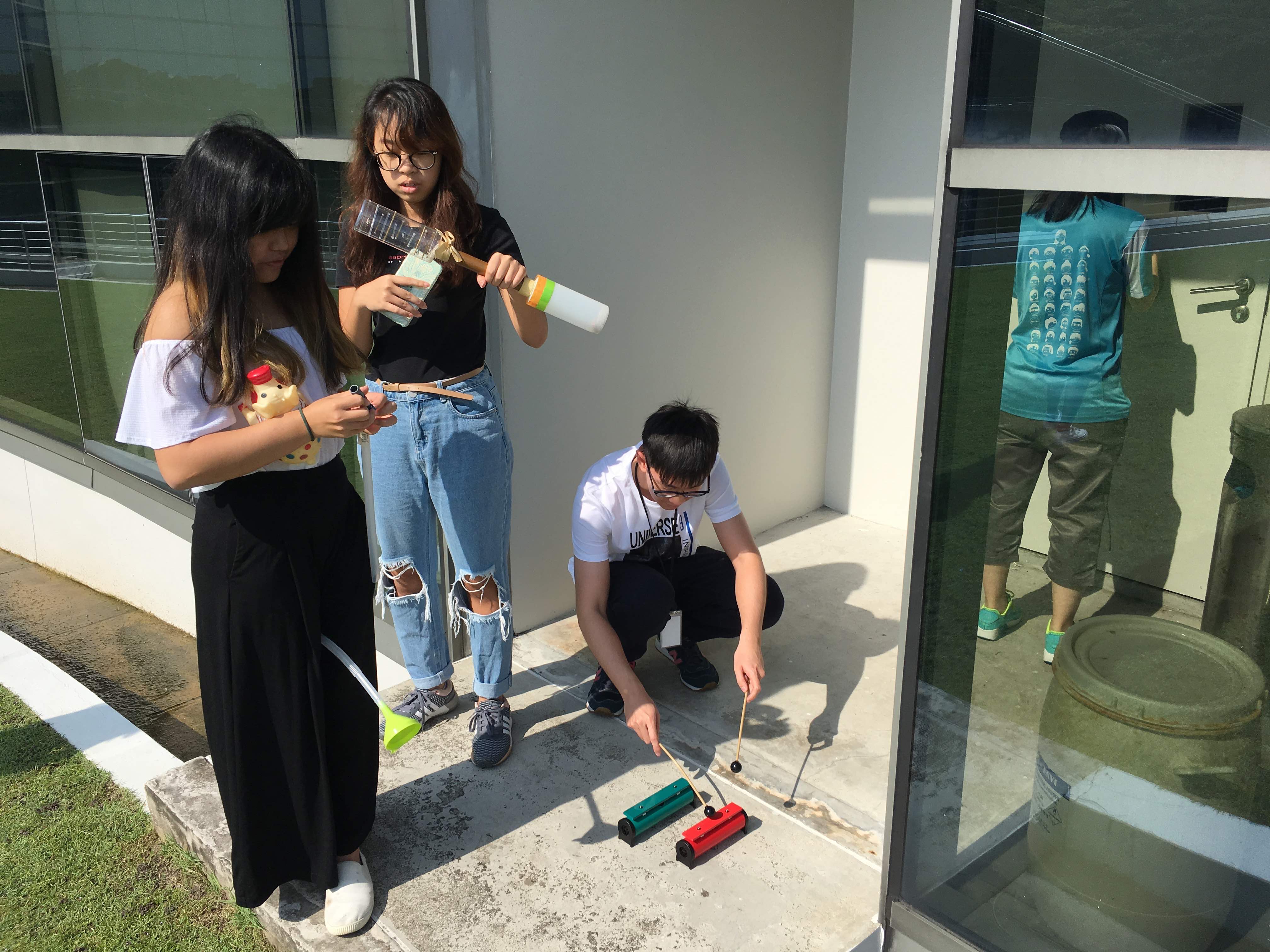 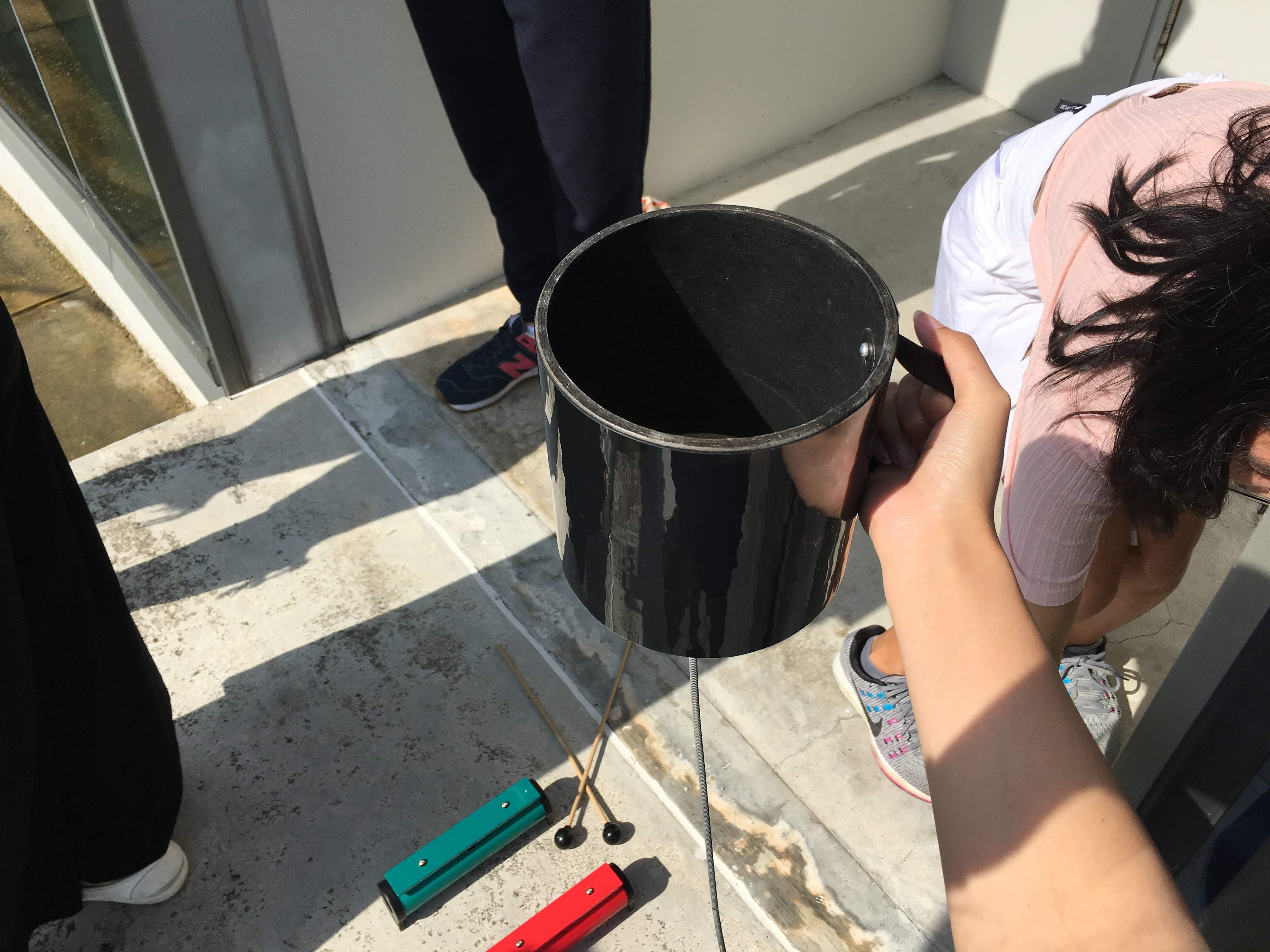 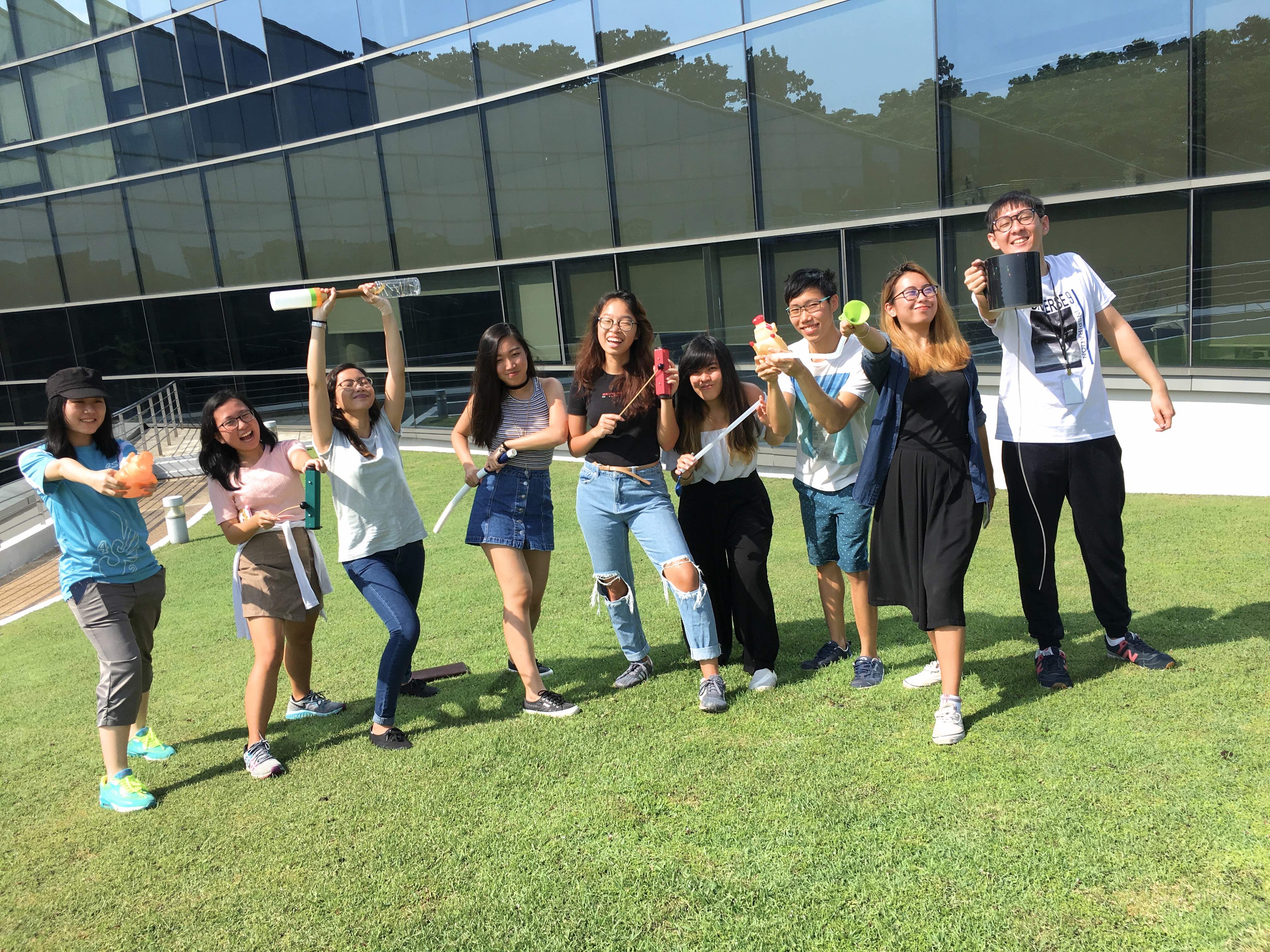