To start of with my “Before Dawn” series, the first location I went for a shoot was at the Jurong Fishery Port, where I never thought I would be. It was 2am on a Saturday morning and the sun has not yet broken its first ray of light and most mortals were still in their slumber. My parents (thank god for them), brought me to the fishery port and they were much more enthusiastic than me whereas I was dying of exhaustion!

As my footsteps took me nearer to the port in the dead of the night, the smell of fresh fish permeated the air like an essence of the sea – salty yet crisp. I was then bombarded with a vibrant sight of an open space flooded with fluorescent lights and splashes of primary colours, from the signages and the containers used to store the fish. Surprisingly, the port was not what I envisioned it to be. It was not dark, dull or stagnant at all.

The open space was a chaotic yet organised mess as the booted men were pulling and throwing their catches onto the floor, laying their fishes in an orderly fashion onto the wet, slick, cement floor and sprinkling ice to keep them fresh. Their movements were smooth, but full of life.

Nonetheless, the fishery port was phenomenal yet rarely would anyone sacrifice his or her sleep to see its beauty and value, which was hardly noticed or known. Older than the people was this port itself, and everyday in the wee hours of the night, it lived while the city slept.

Now, here are some of the pictures that I shortlisted among all the shots I took. I hope that this images are able to deliver and tell a story about the fishmongers’ working life in Jurong Fishery Port. 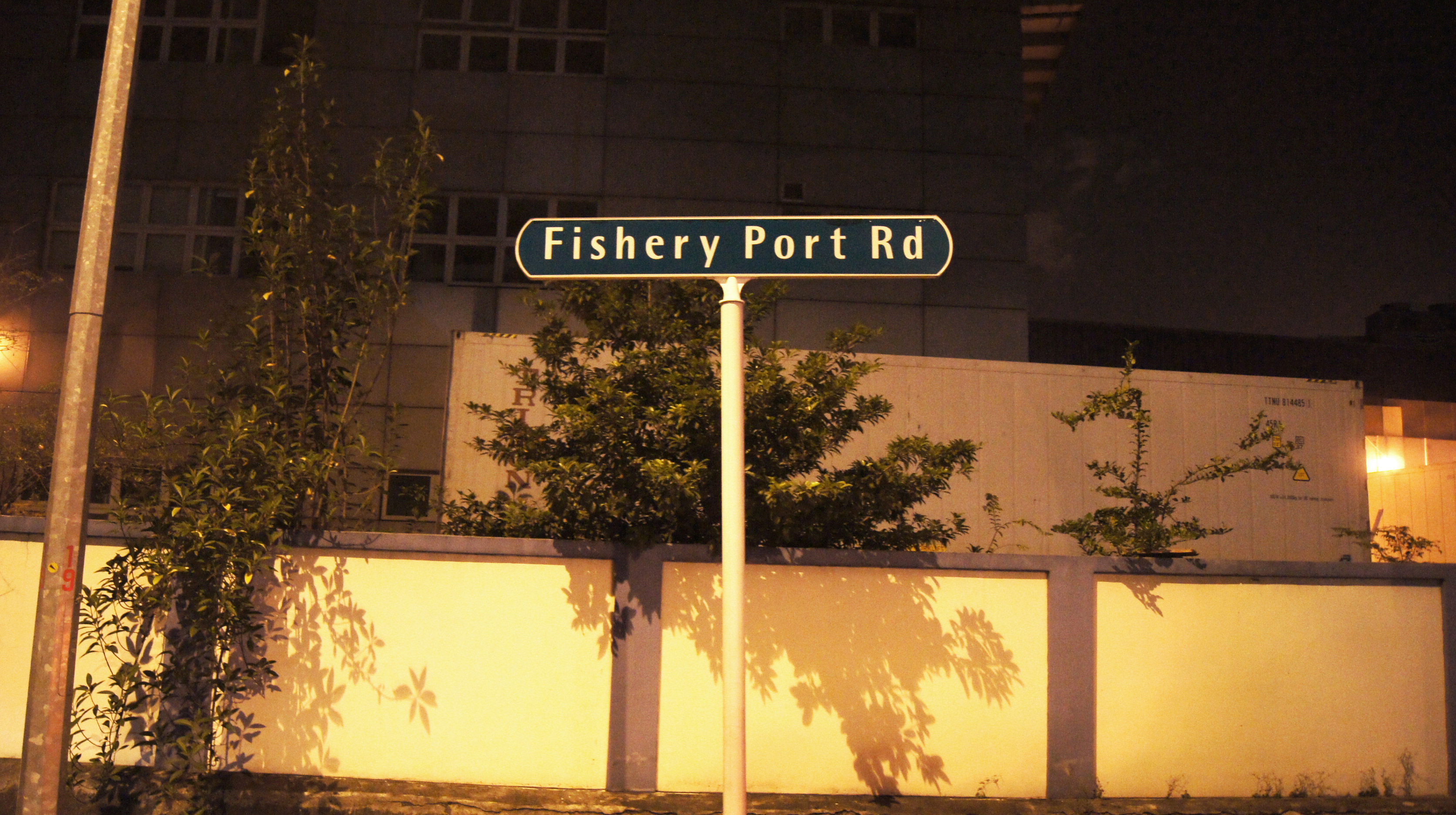 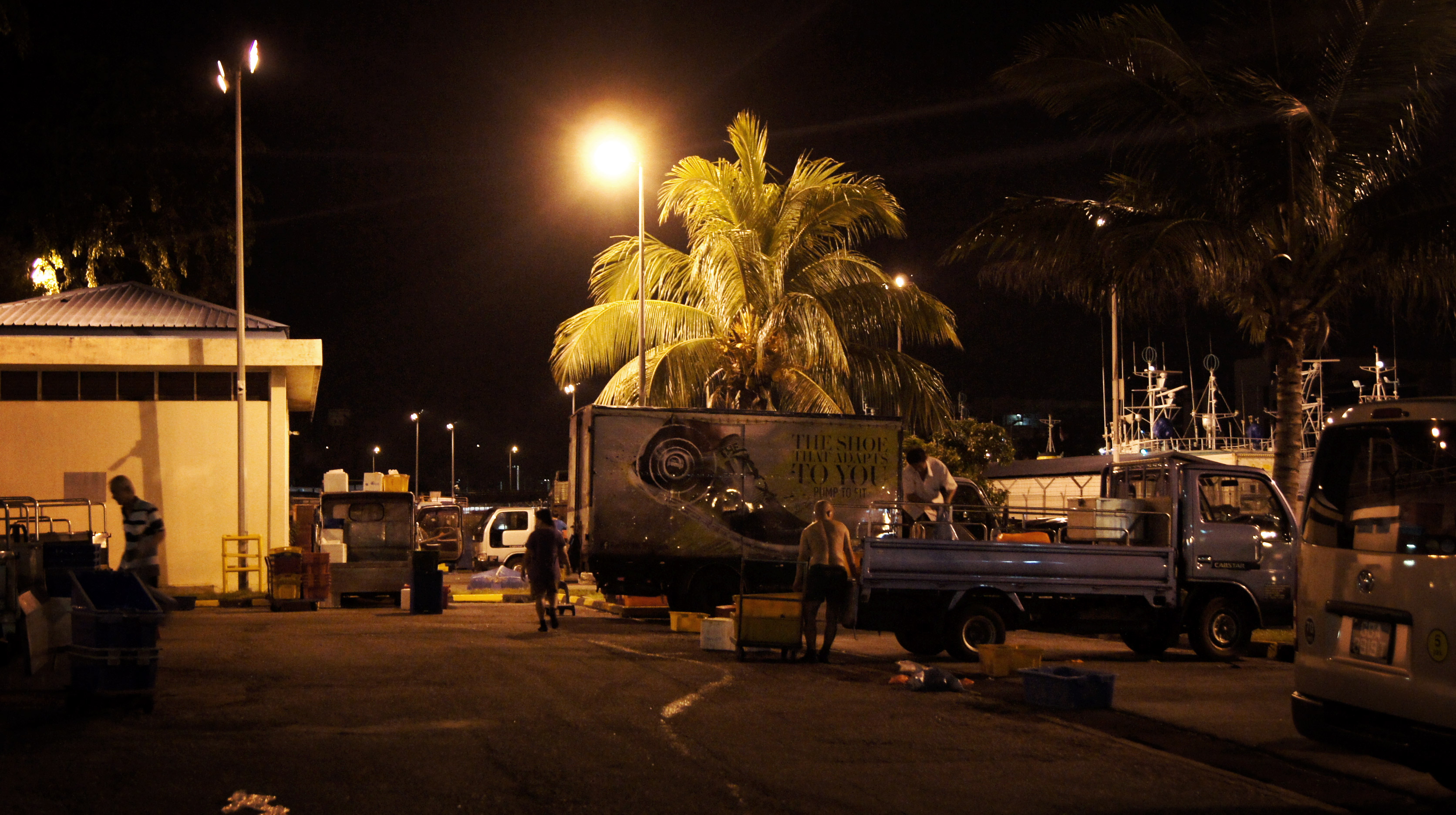 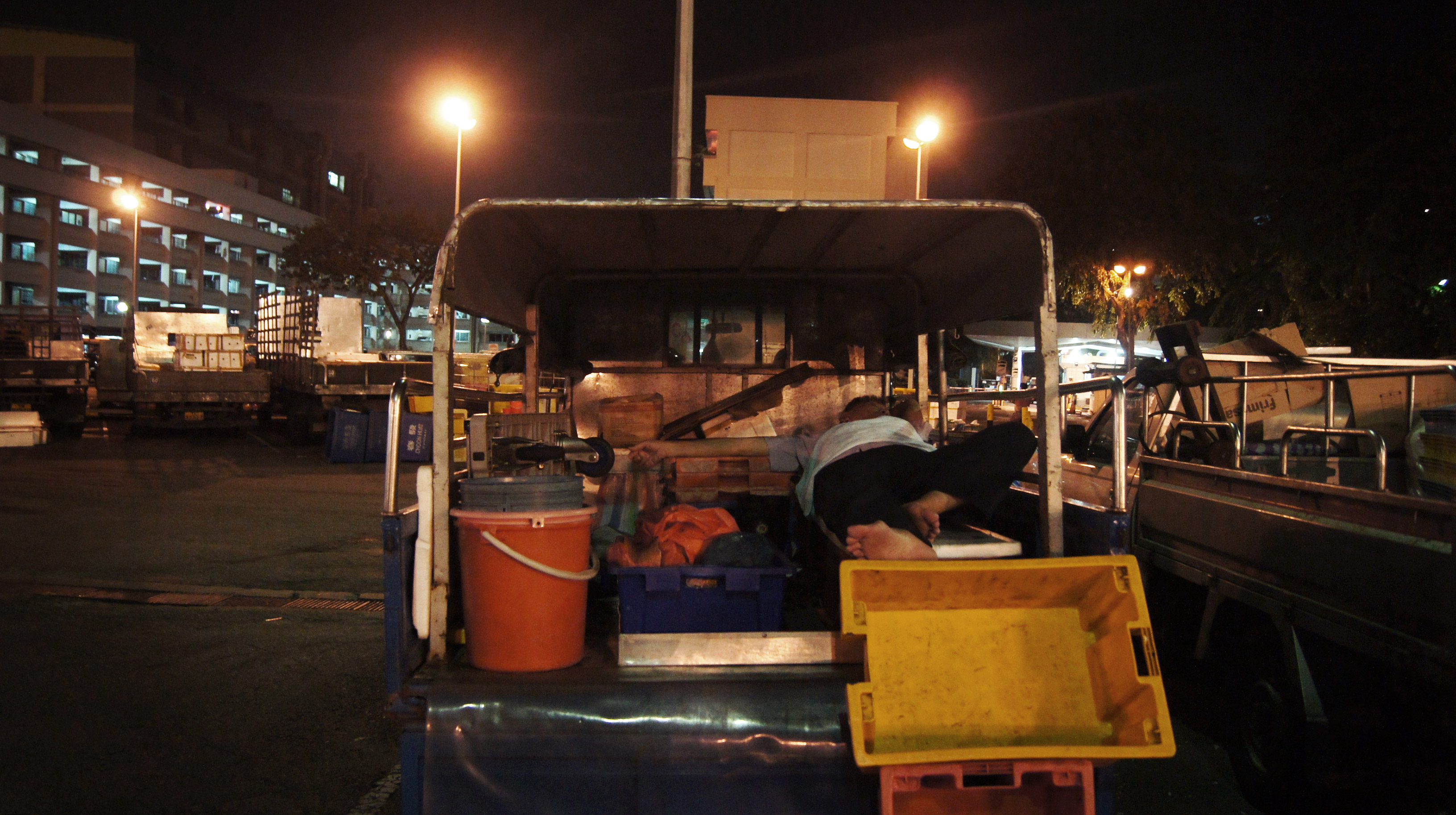 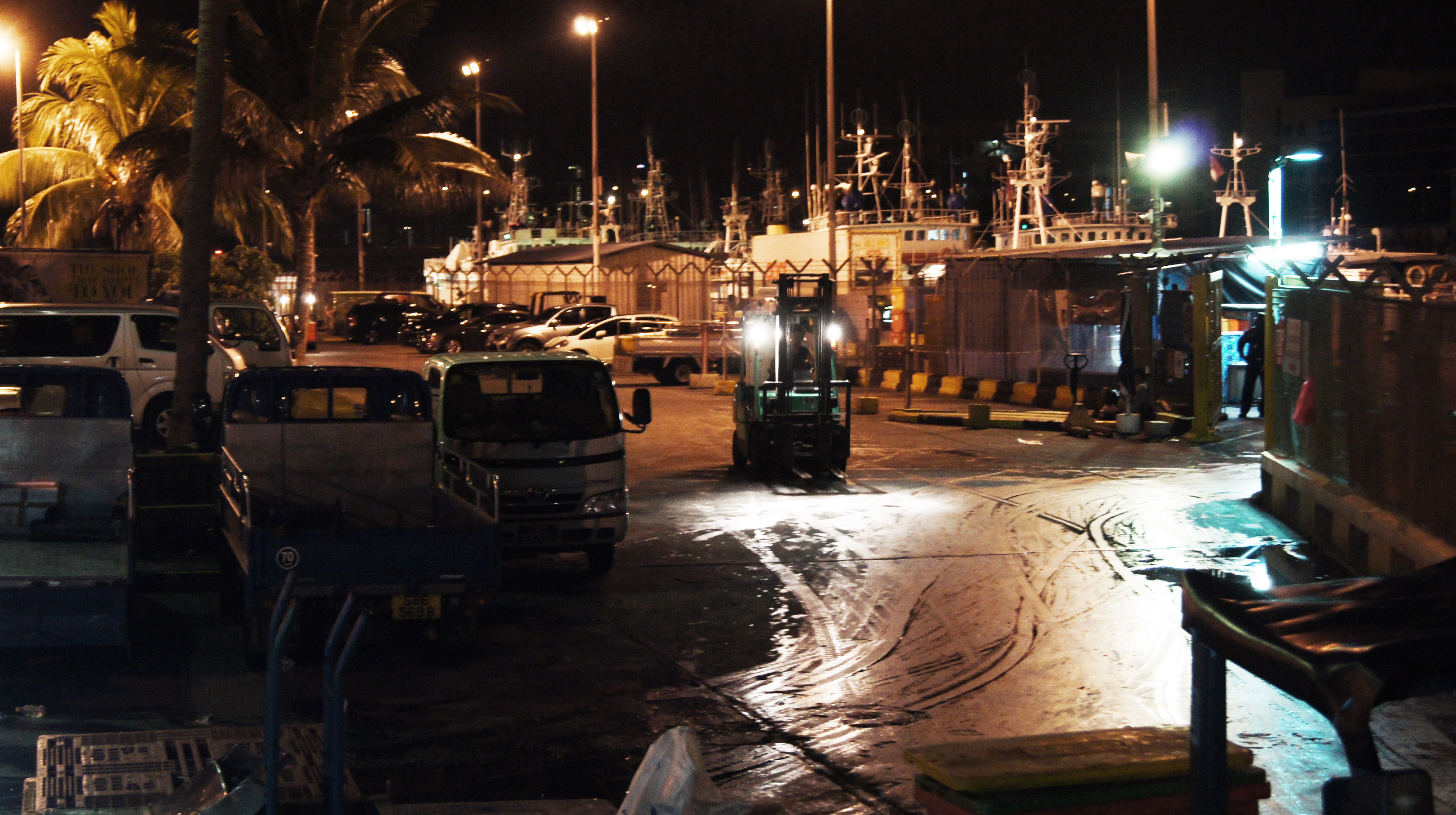 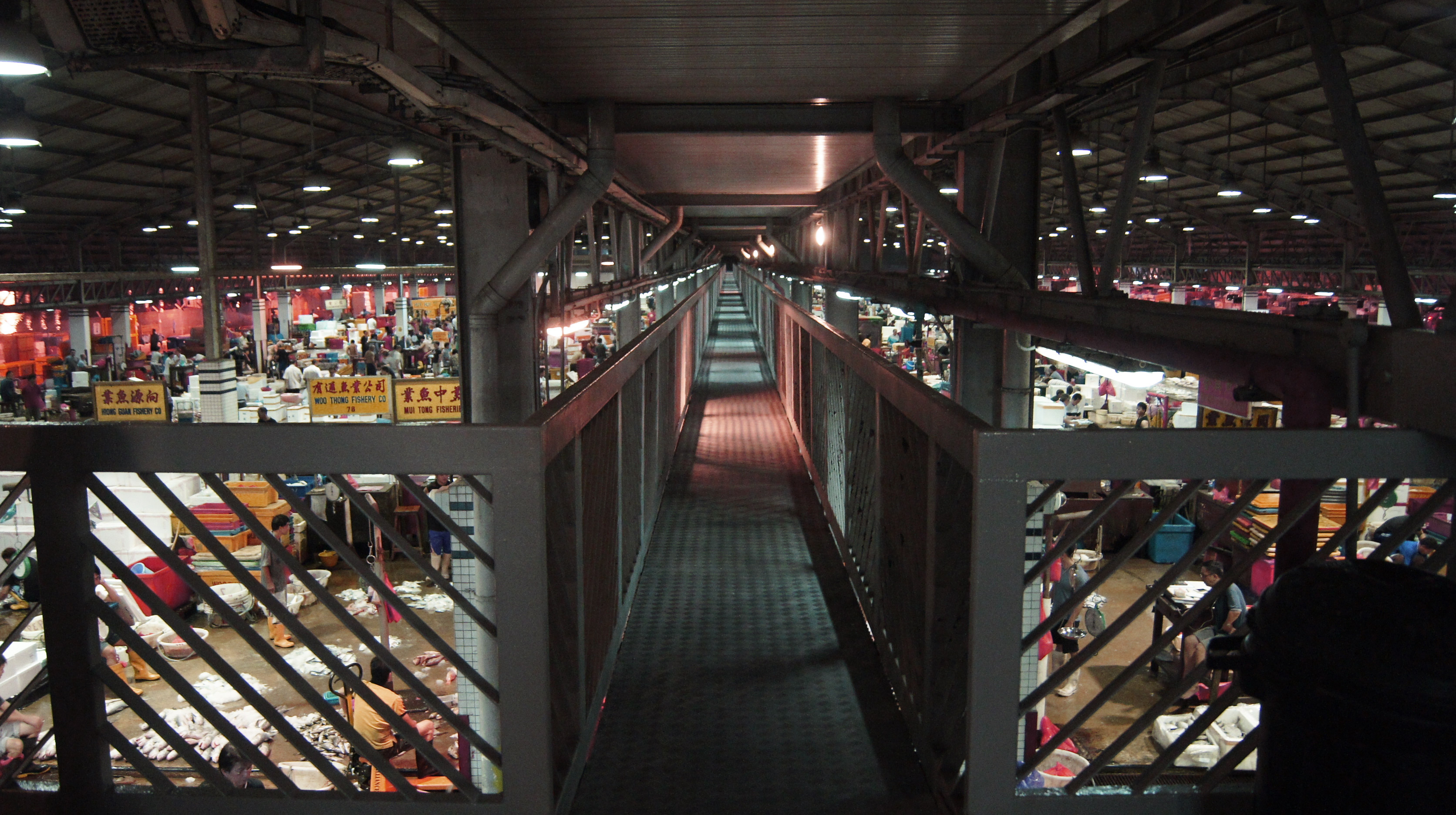 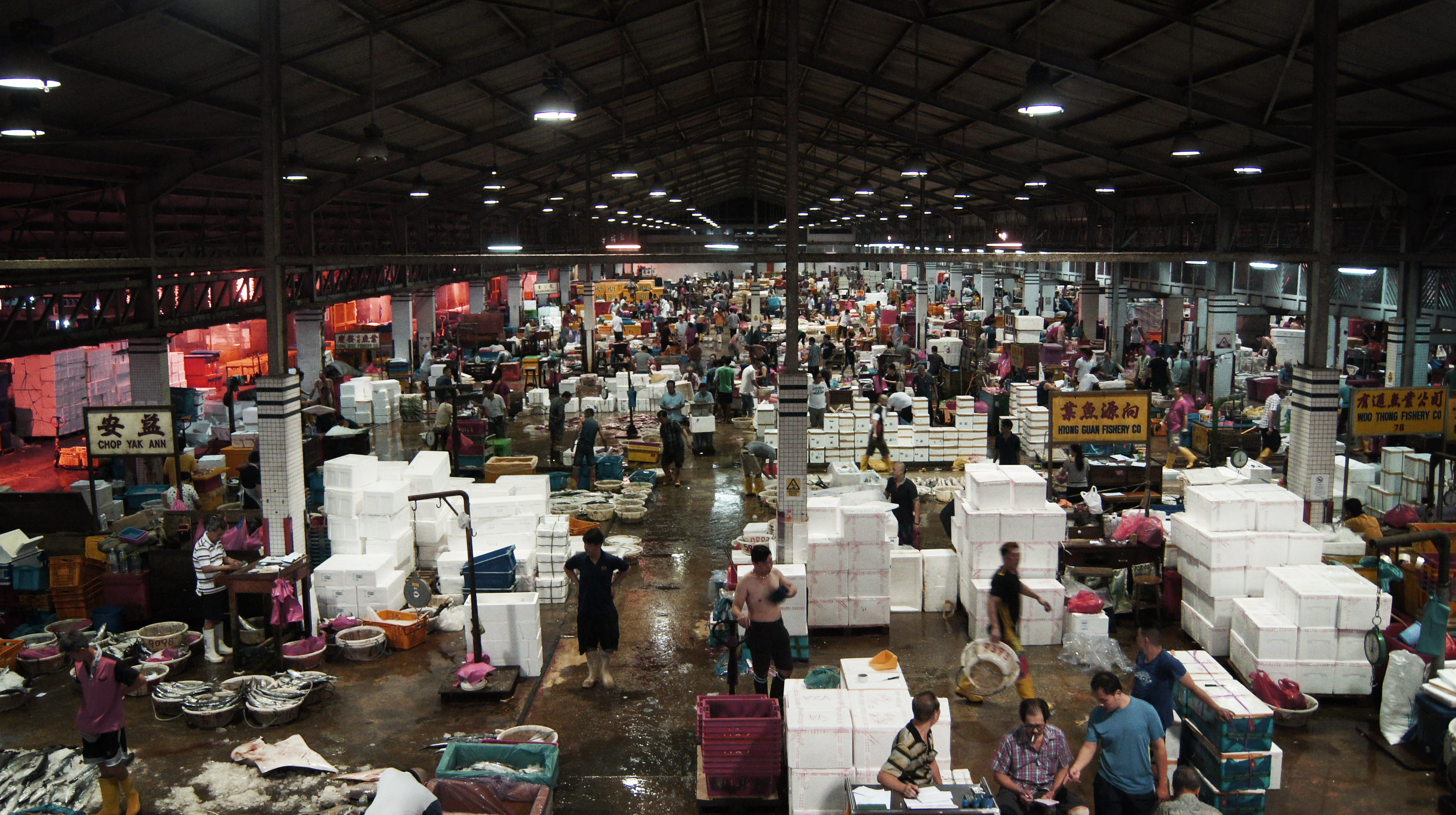 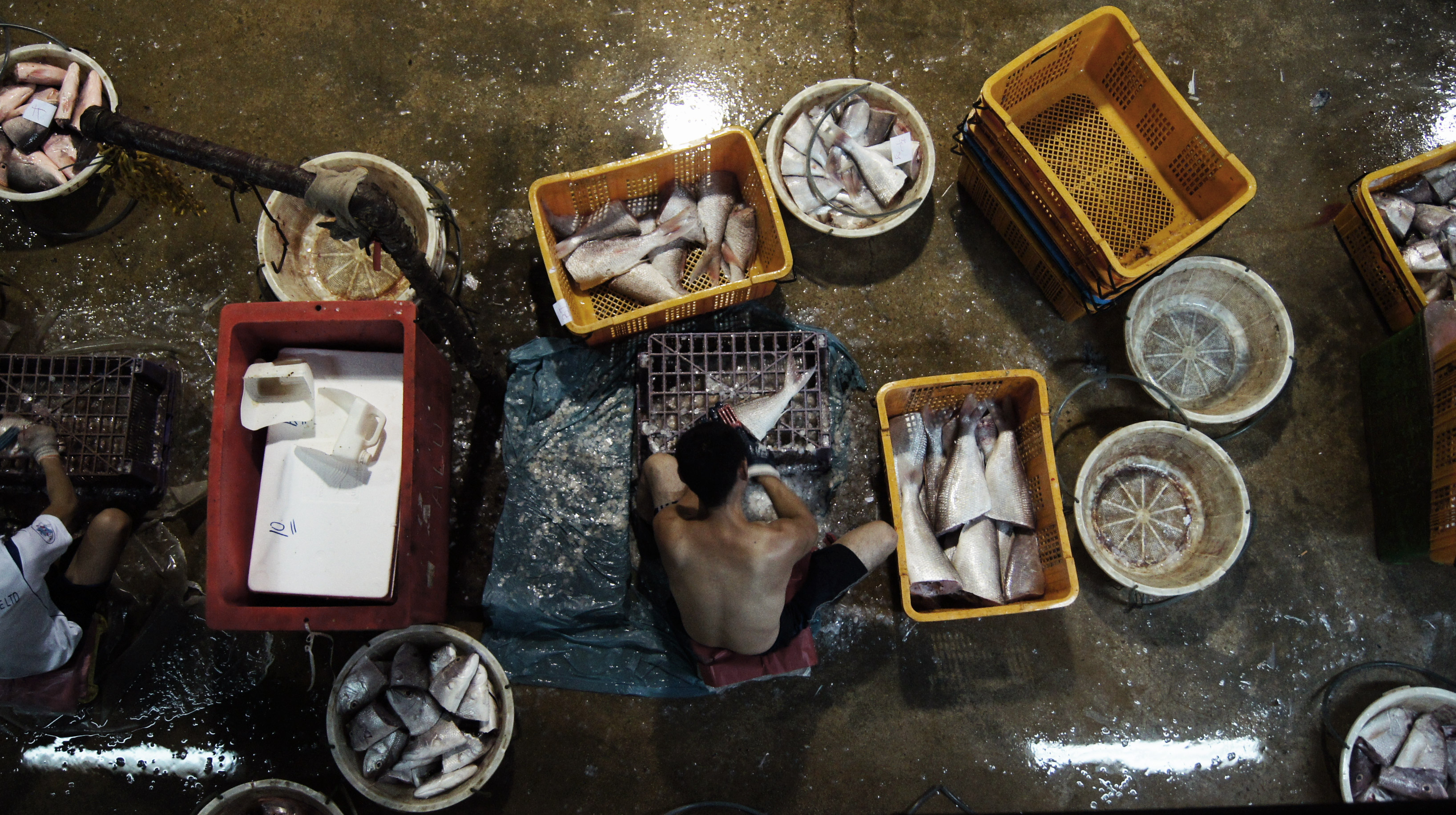 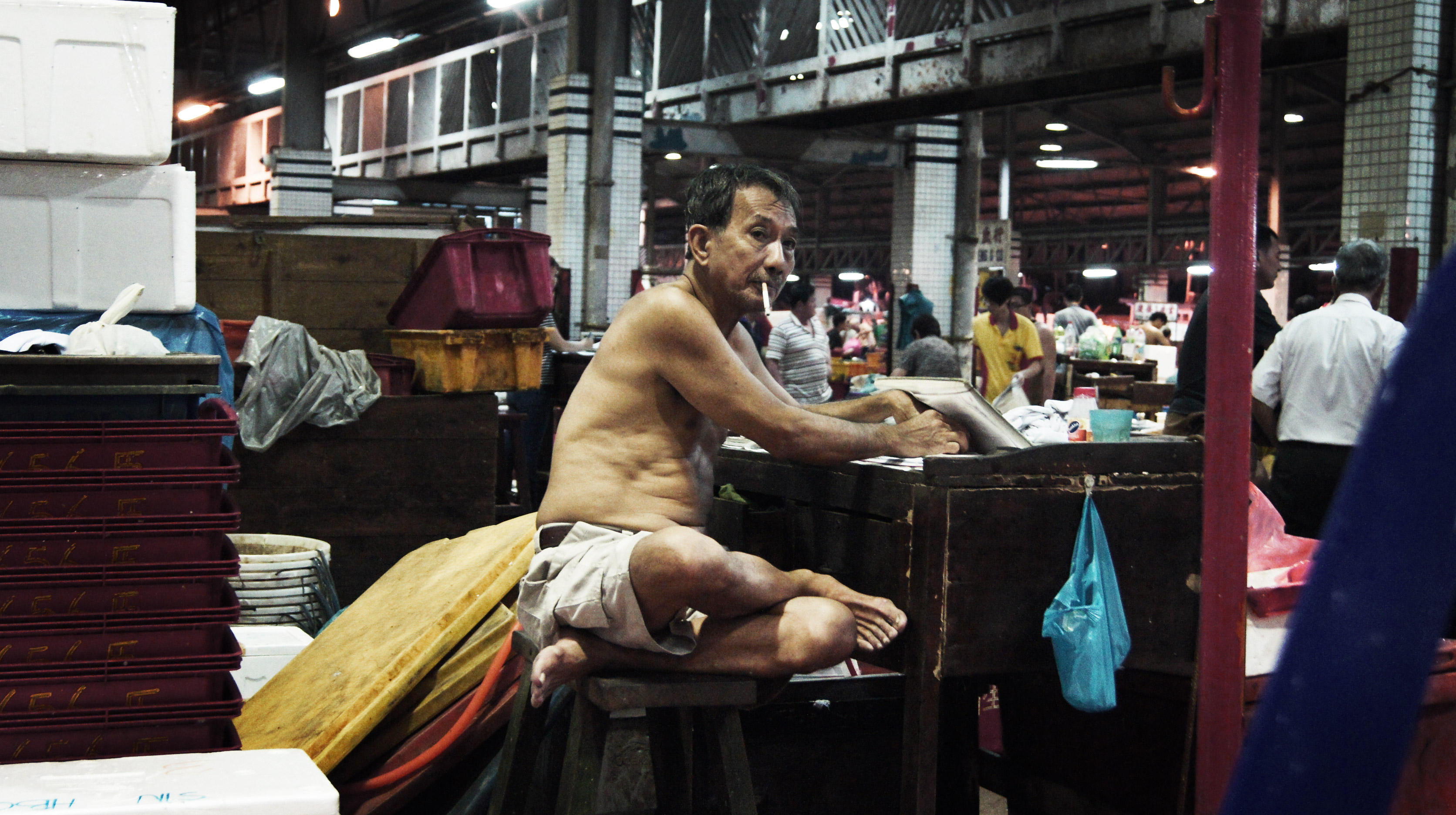 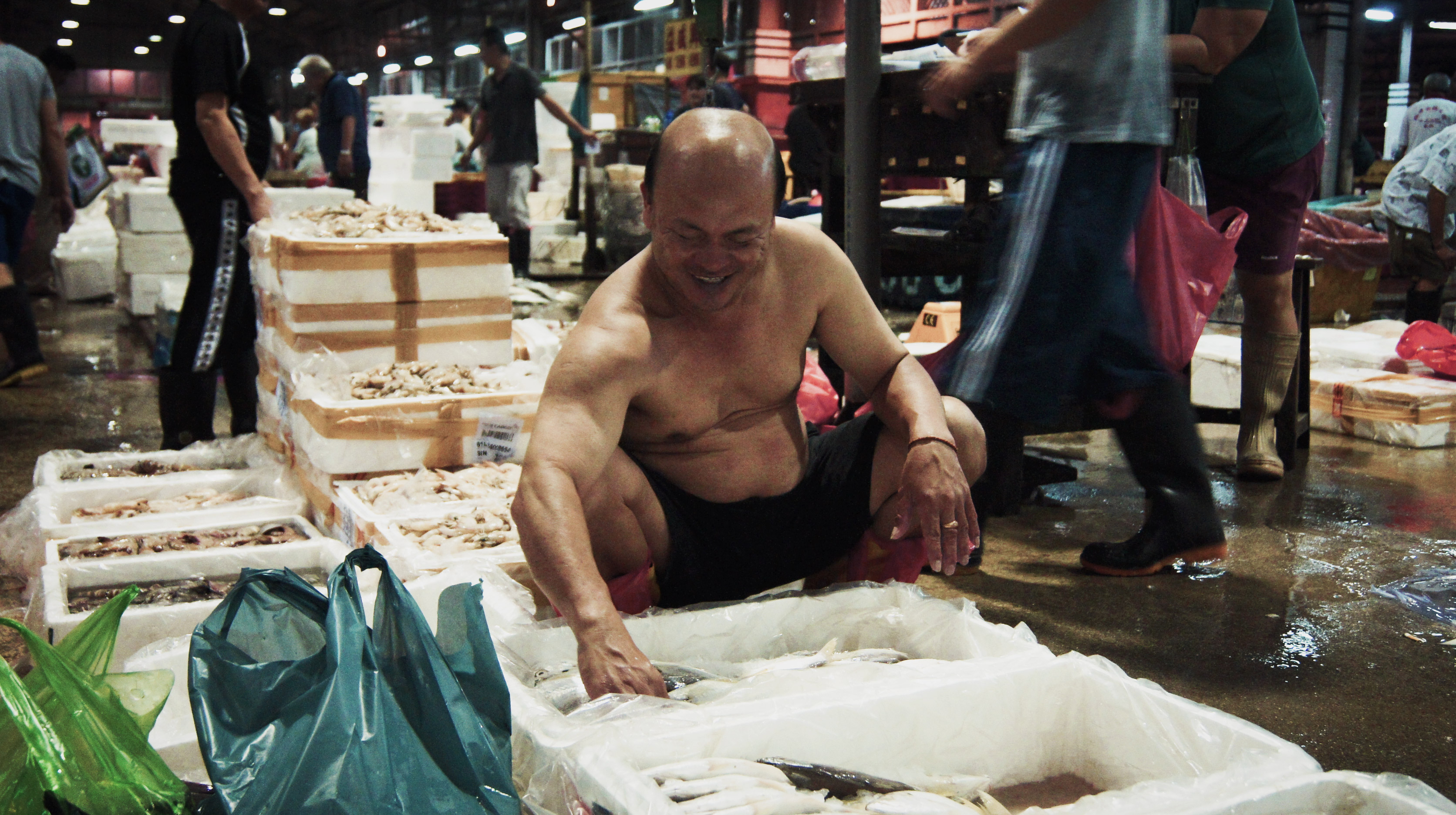 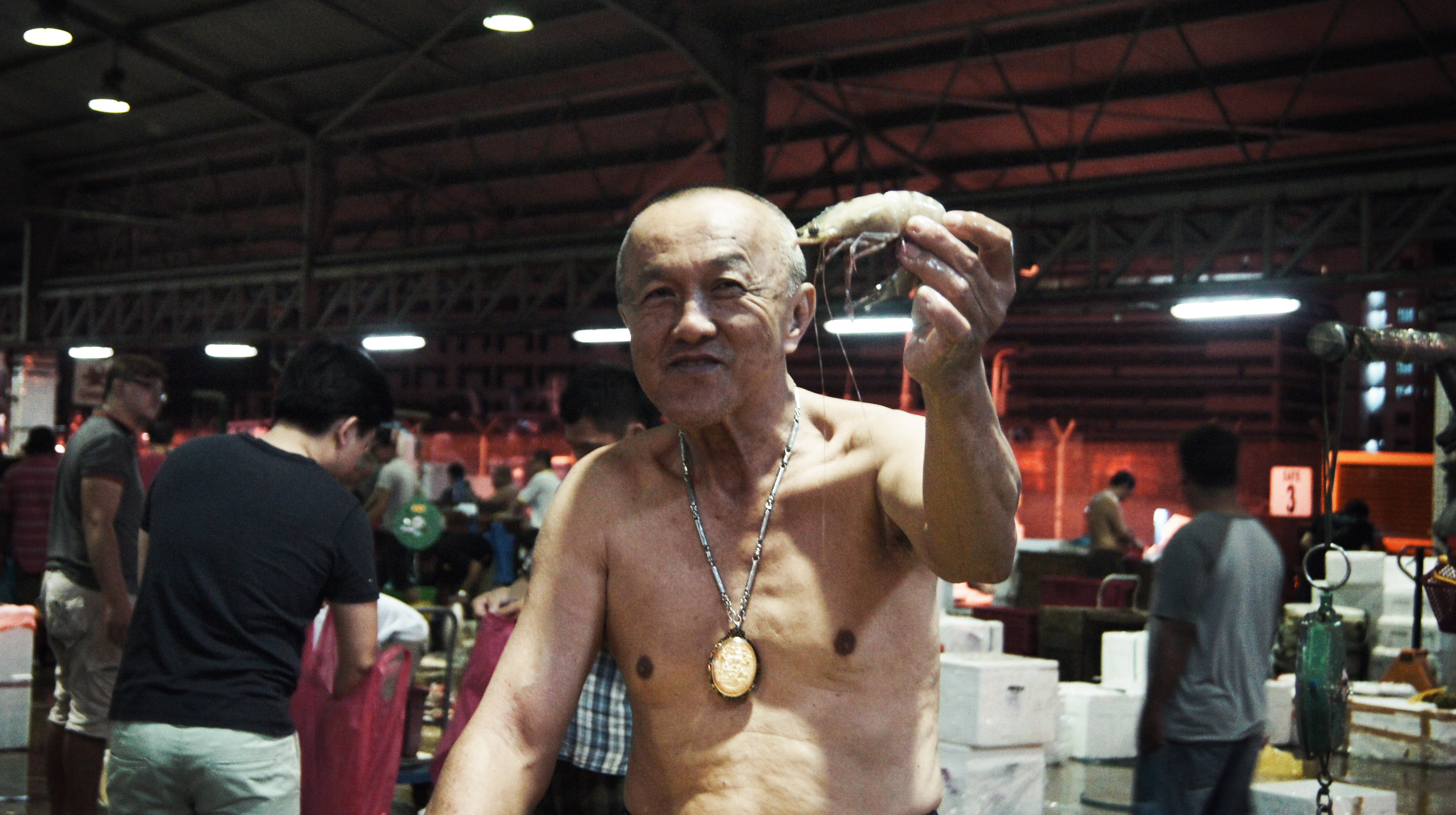 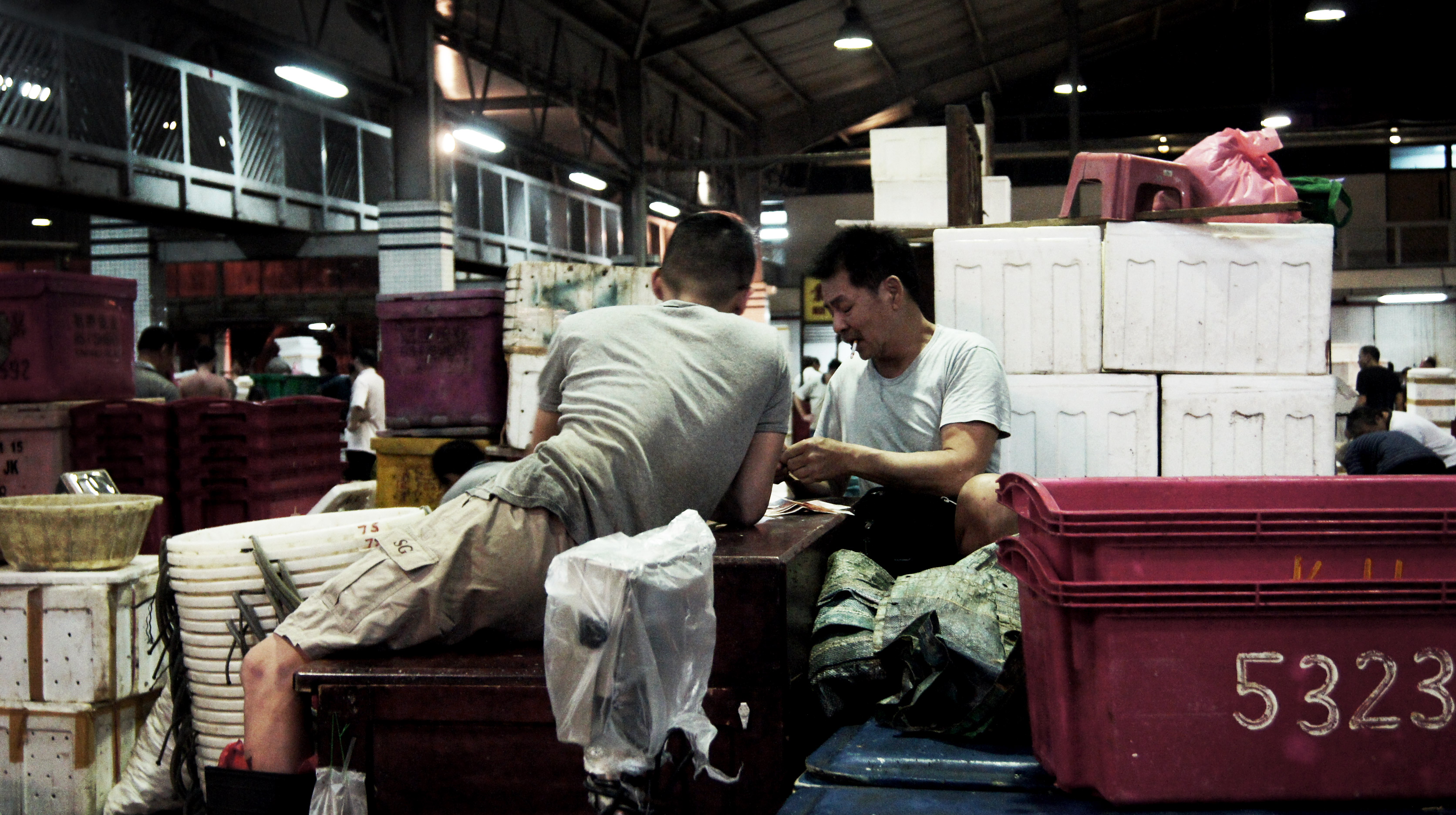 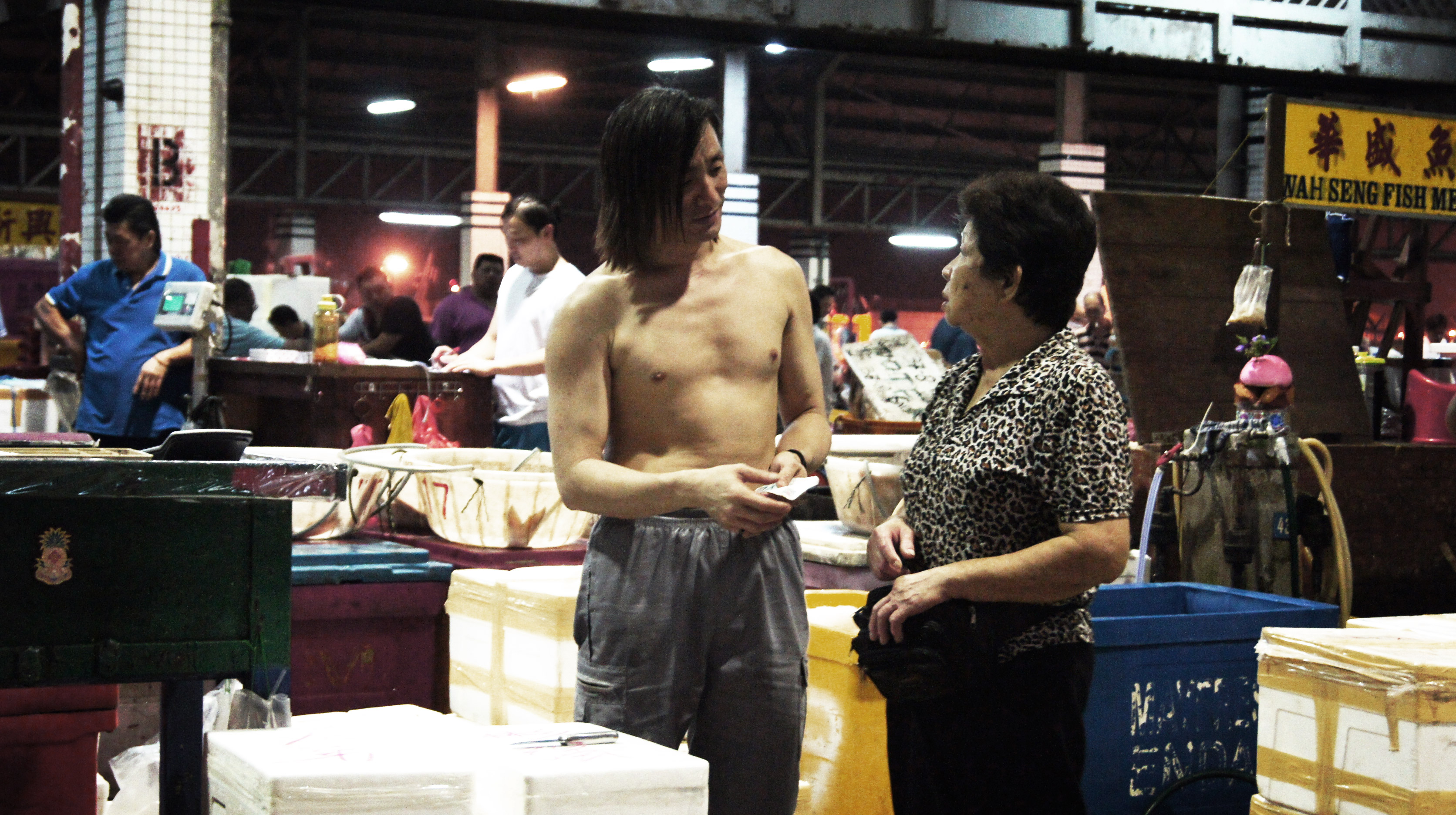 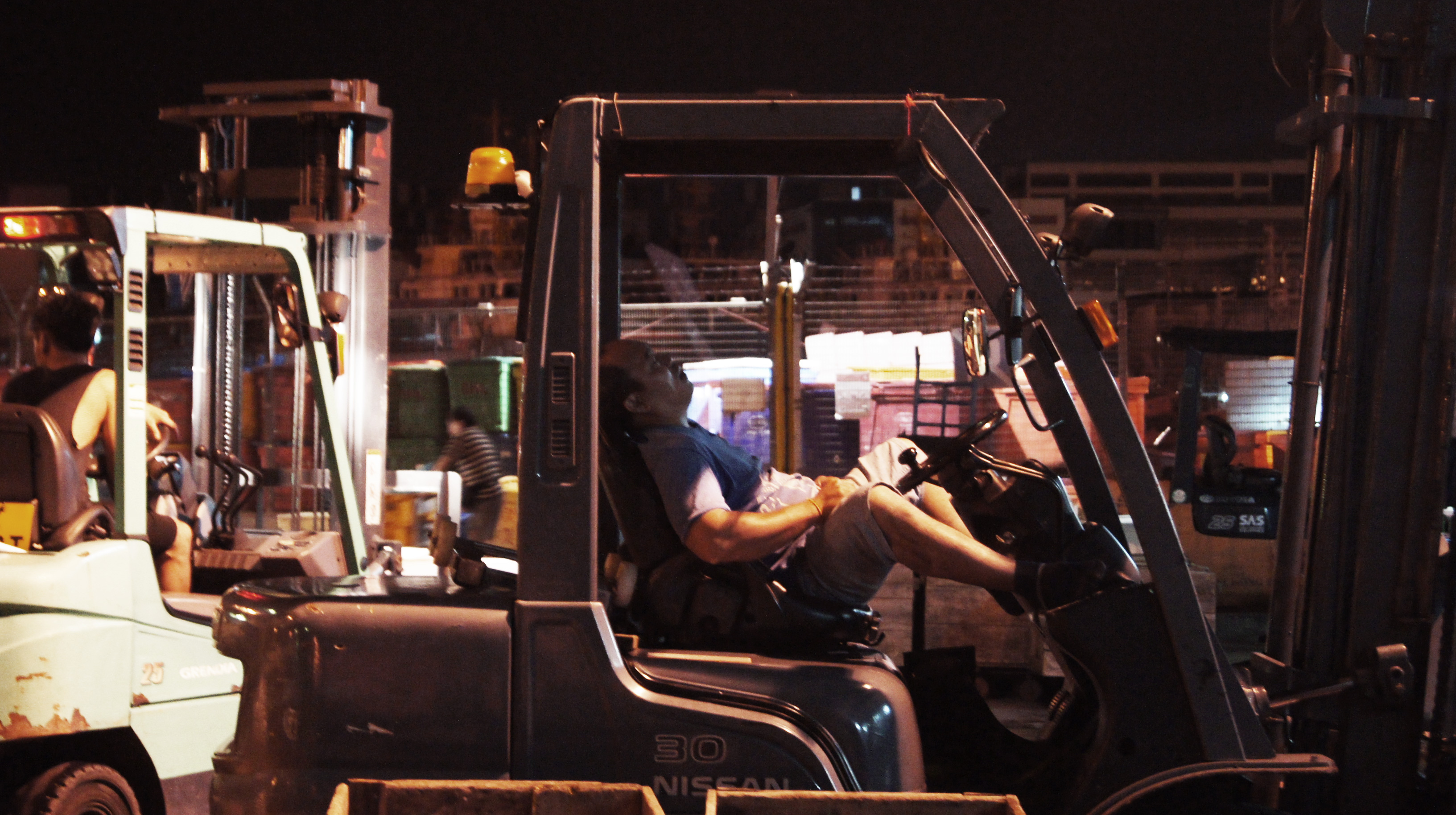 Time Check: 4am
We left the fishery port and headed to a nearby wet market. 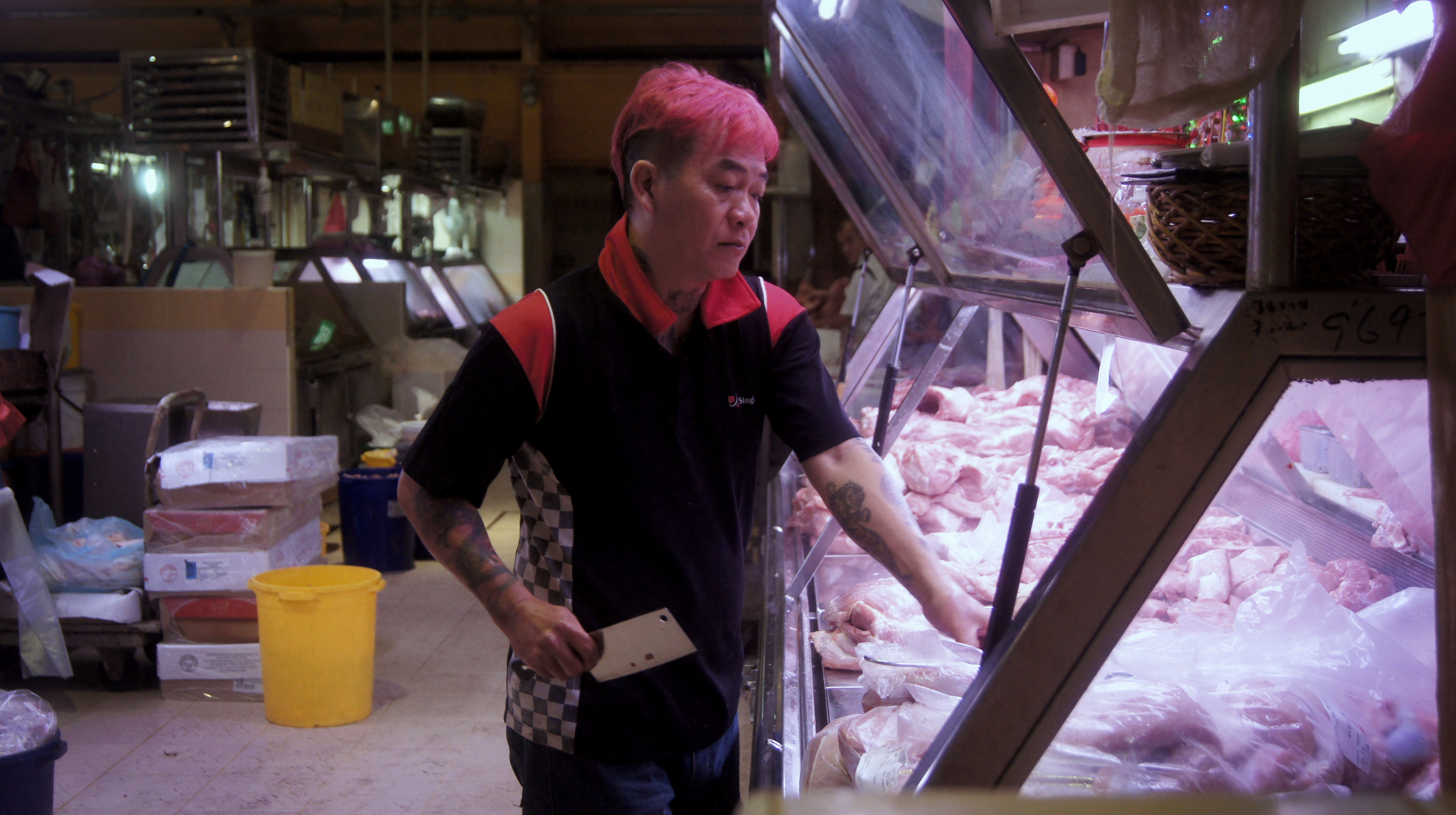 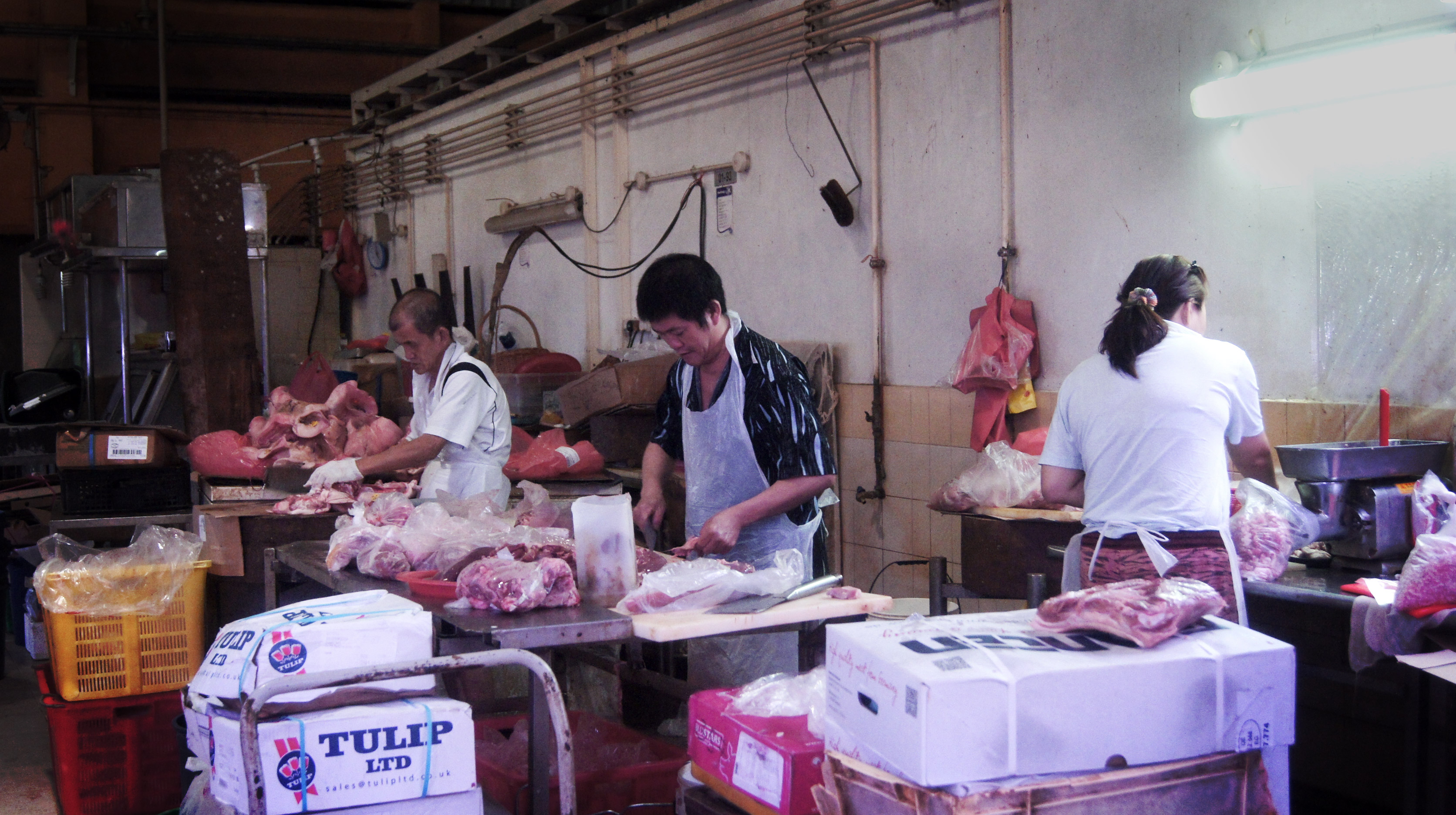 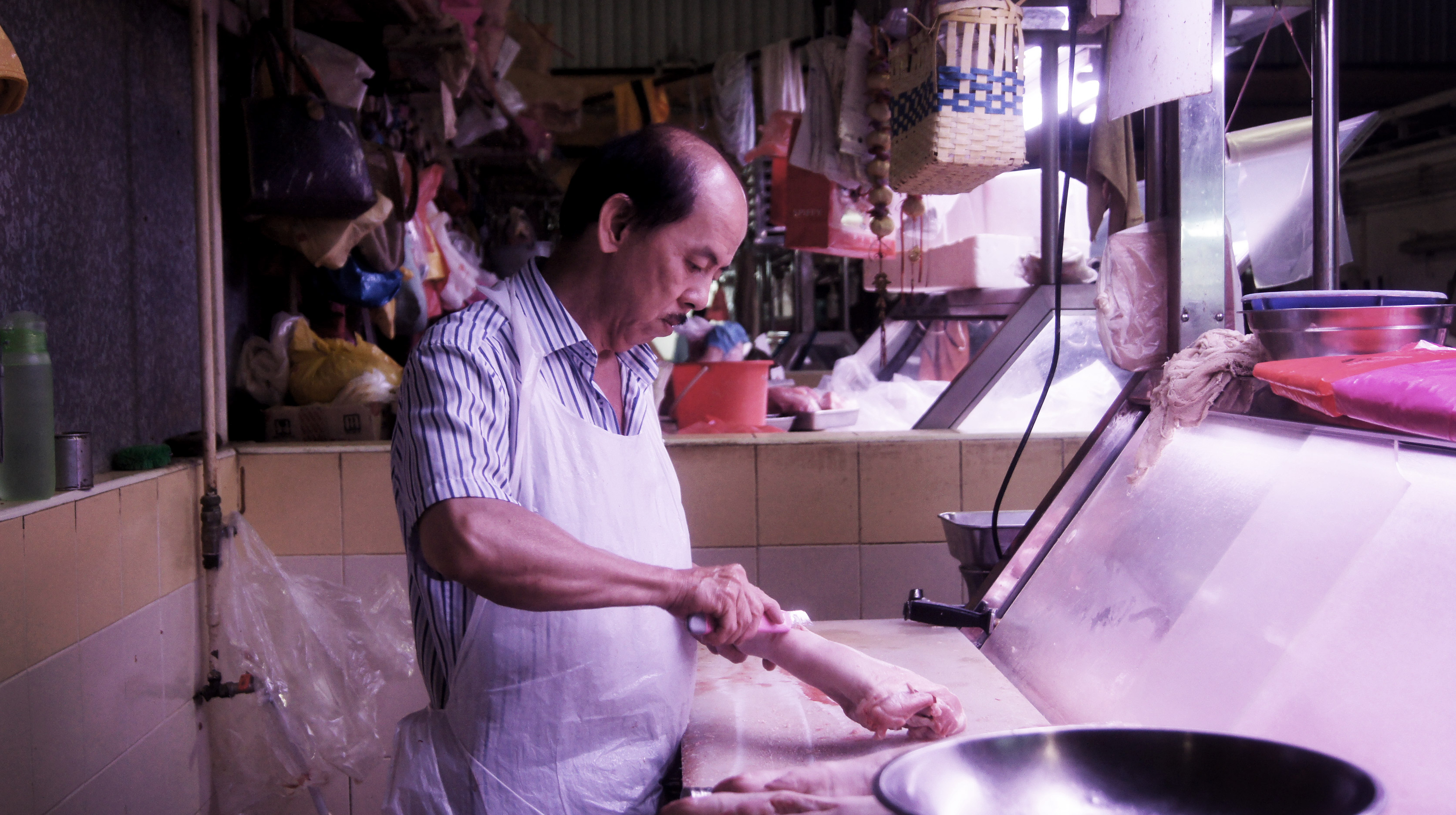 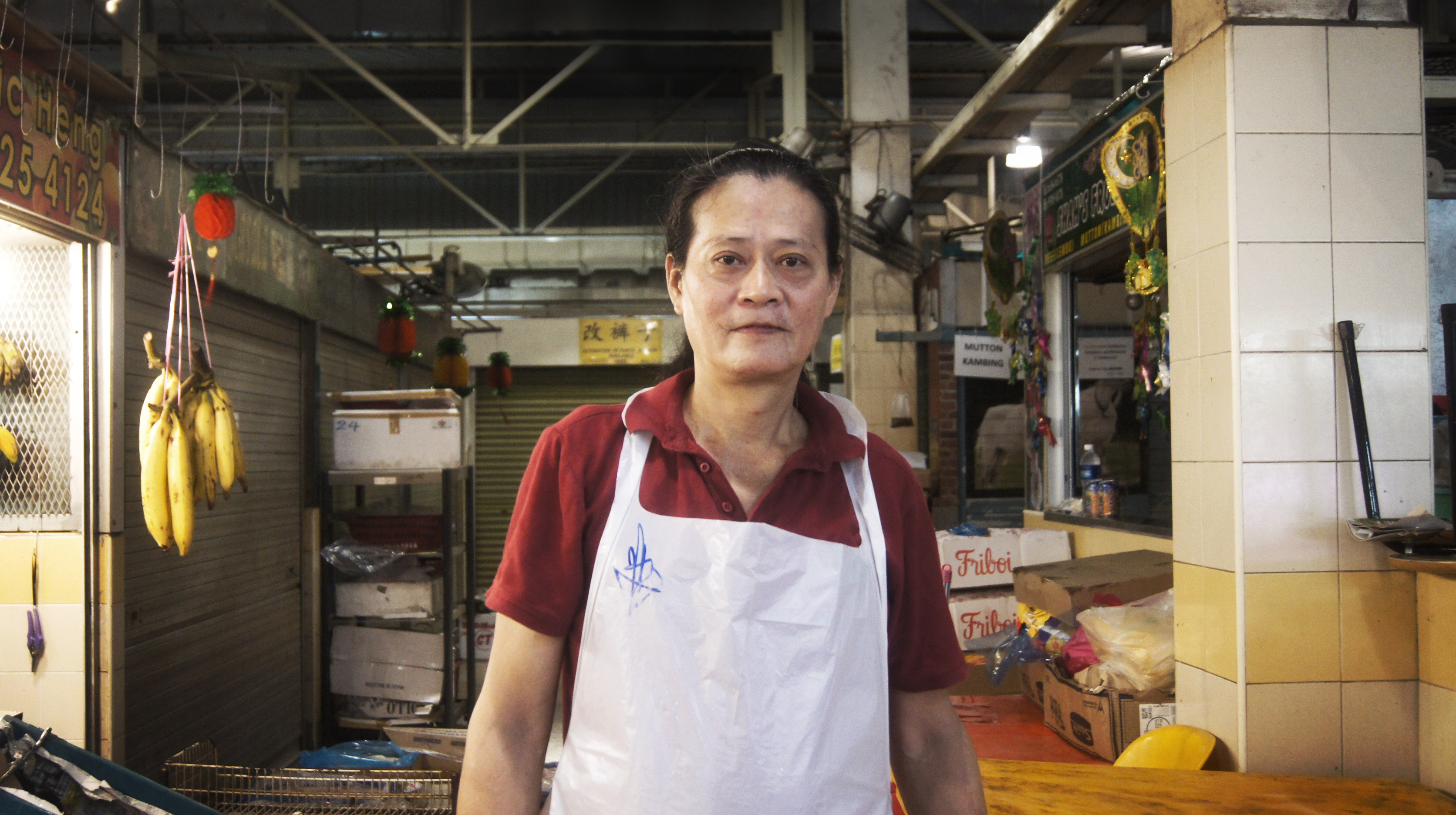 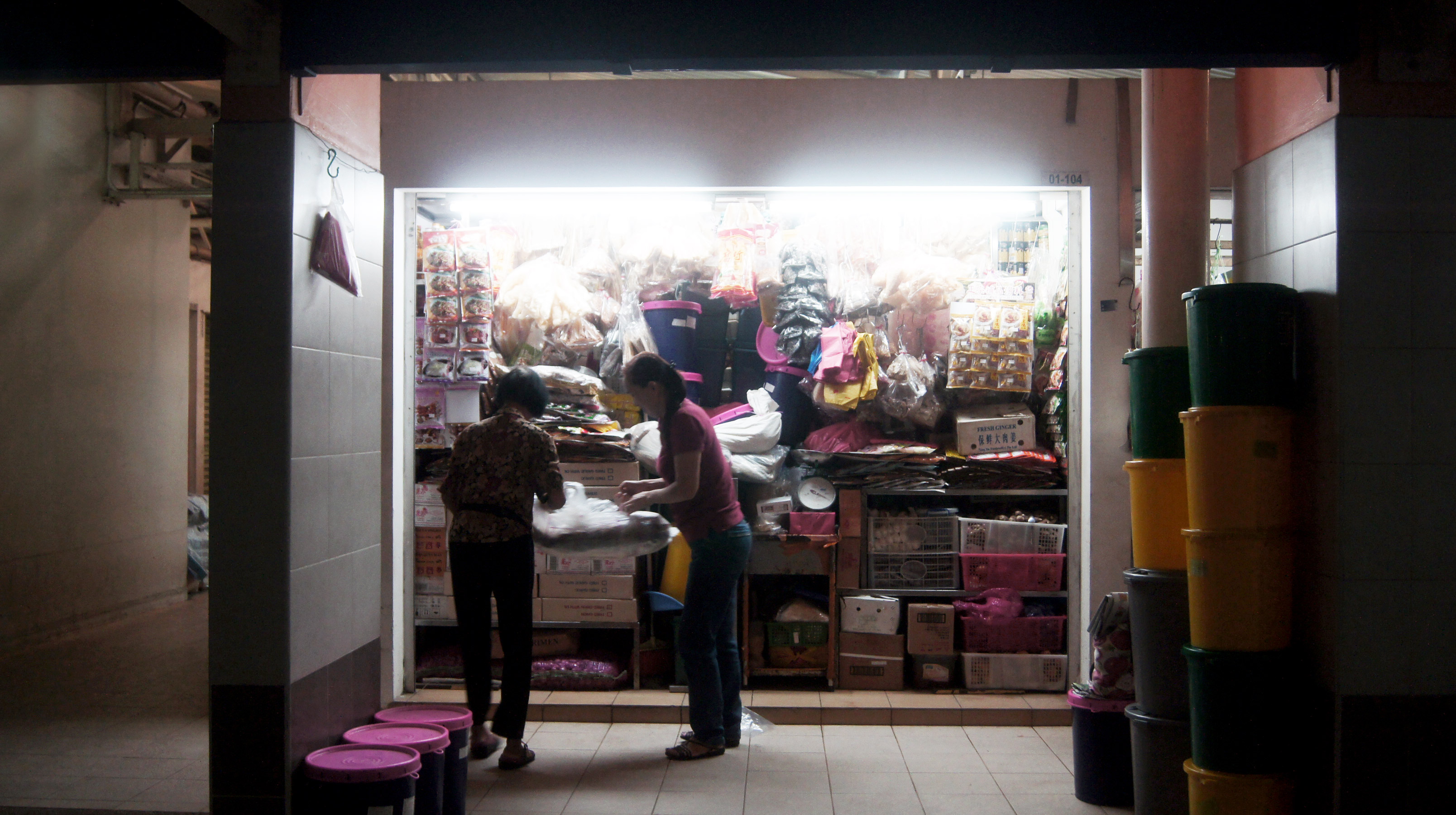 Time Check: 4.30am
I was walking around the neighbourhood market and was surprised that “buzz” has opened! 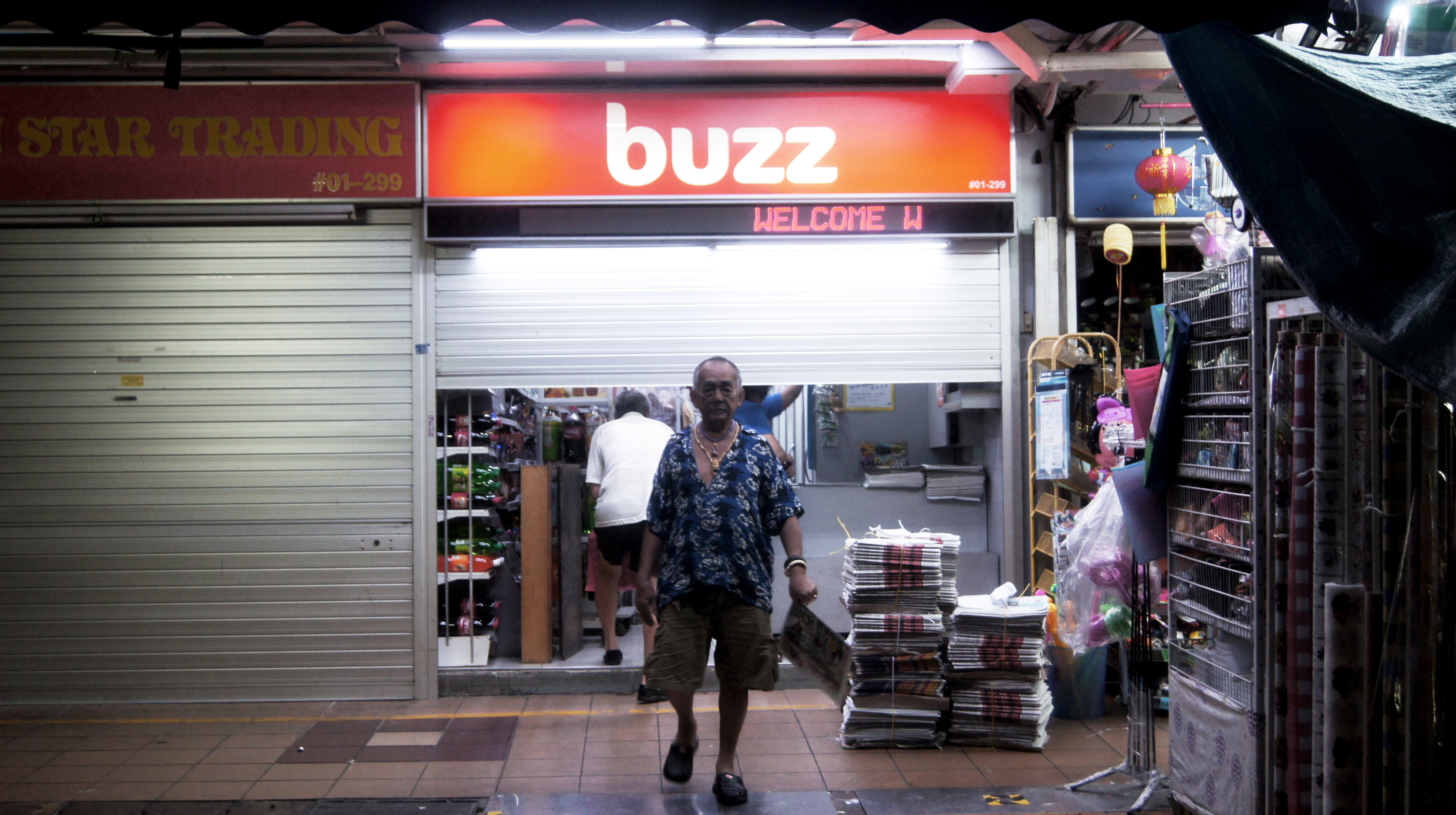 This was shot at the hawker center which is connected to the wet market. It’s in the wee hours of a Saturday morning and I’m amazed that our fellow humans are already up and awake to have breakfast! Well… except for this tired guy here who’s sleeping so soundly. That’s all for the exciting and exhausting adventure I had last Saturday! All I can say is that, I’m glad that I chose this topic for my project, it was an eye opening experience for me.

This is not the end, there’s more night professions to come! Check back to this space soon 🙂