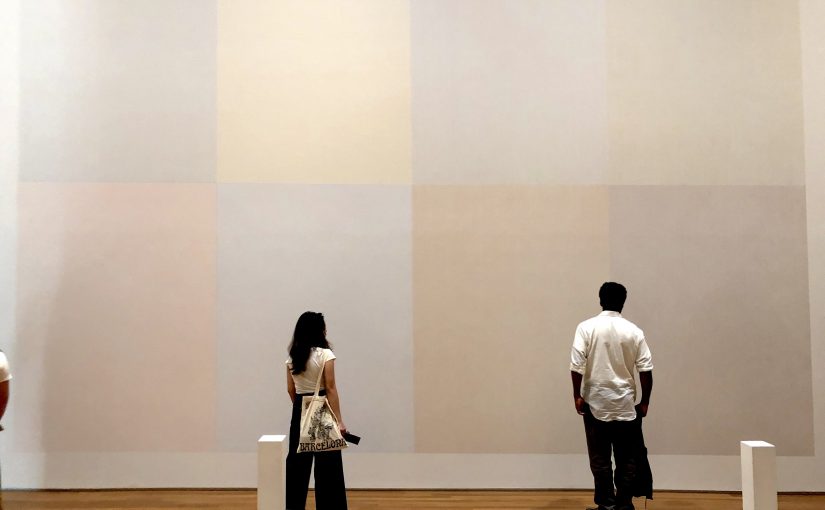 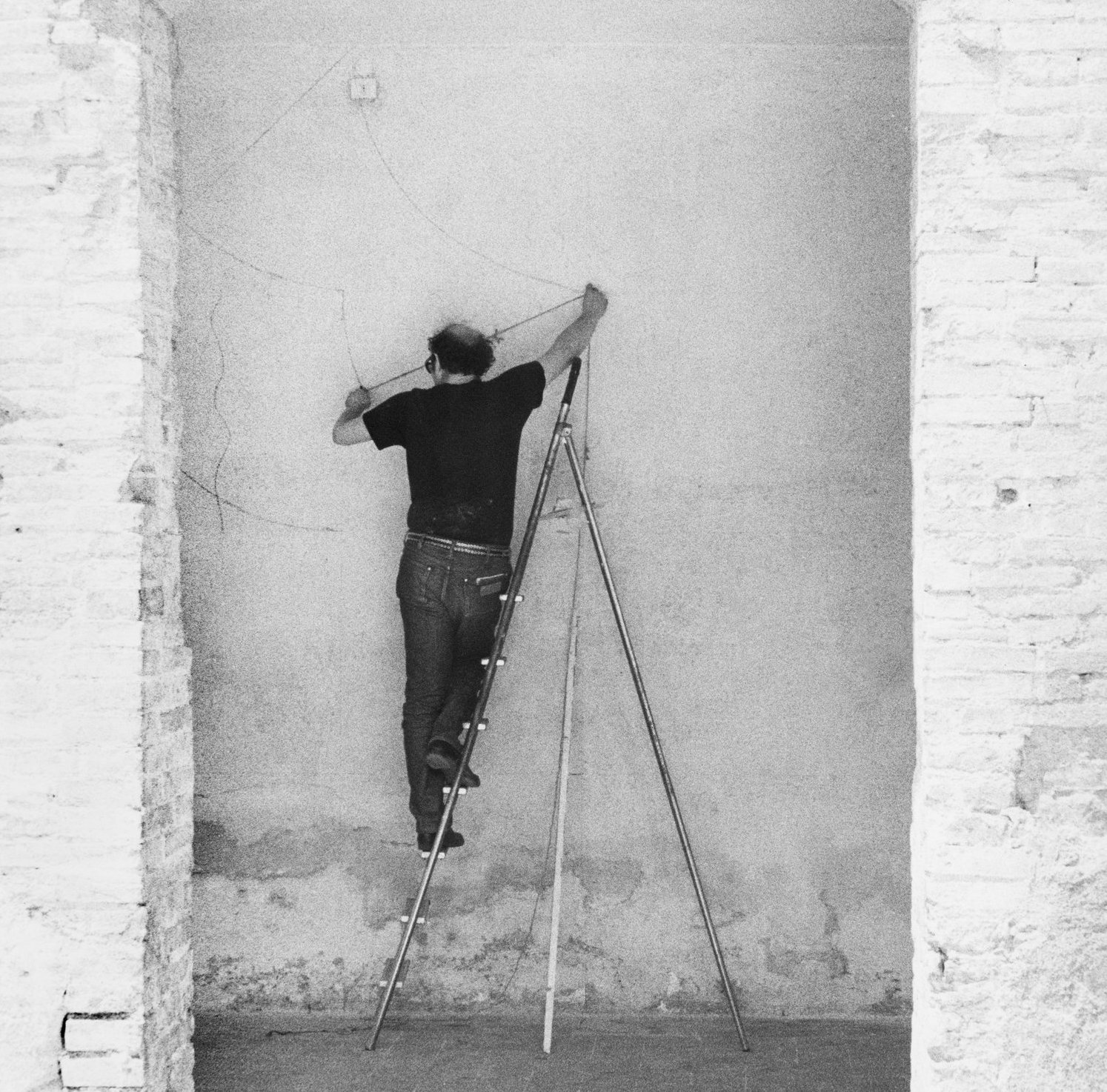 Sol LeWitt earned a place in the history of art for his leading role in the Conceptual movement. His belief in the artist as a generator of ideas was instrumental in the transition from the modern to the postmodern era.

So LeWitt believed the idea itself could be the work of art, and maintained that, like an architect who creates a blueprint for a building and then turns the project over to a construction crew, an artist should be able to conceive of a work and then either delegate its actual production to others or perhaps even never make it at all. LeWitt’s work ranged from sculpture, painting, and drawing to almost exclusively conceptual pieces that existed only as ideas or elements of the artistic process itself.

Early in his career, LeWitt began to have others help execute his wall drawings. Wall Drawing 16 was first drawn by a draftsman, which helped LeWitt to realize his work according to his instructions and diagrams, addressing practical concerns such as the time-consuming nature of the drawings.

More significantly, this choice articulated LeWitt’s belief that the conception of the idea, rather than its execution, constitutes the artwork. He was also rejecting the traditional importance assigned to the artist’s own hand.

Now, Sol LeWitt’s wall drawings are executed by professional draughts people from sets of instructions generated by the artist. LeWitt emphasised the idea or concept of an artwork over its visual realisation, hence his assertion that his instructions are themselves the work of art. The artist’s methodology has been likened to that of a composer: the works are manifested by others, and no single drawing is ever the definitive version.

Throughout the late 1960s and early 1970s, LeWitt, turned to site-specific, drawing-based installations in order to disengage aesthetic experience from the autonomous object, foregrounding the institution as its constitutive framework. Drawing’s unostentatious physical presence made it attractive to artists seeking to emphasise conceptual content over material form, while its affordability and provisionality made it well suited to temporary installations.

“I try to make the plan specific enough so that it comes out more or less how I want it, but general enough that [the draughts people] have the freedom to interpret. It’s as though I am writing of piece of music and somebody else is going to play it on the piano.”
– Lewitt, 1971 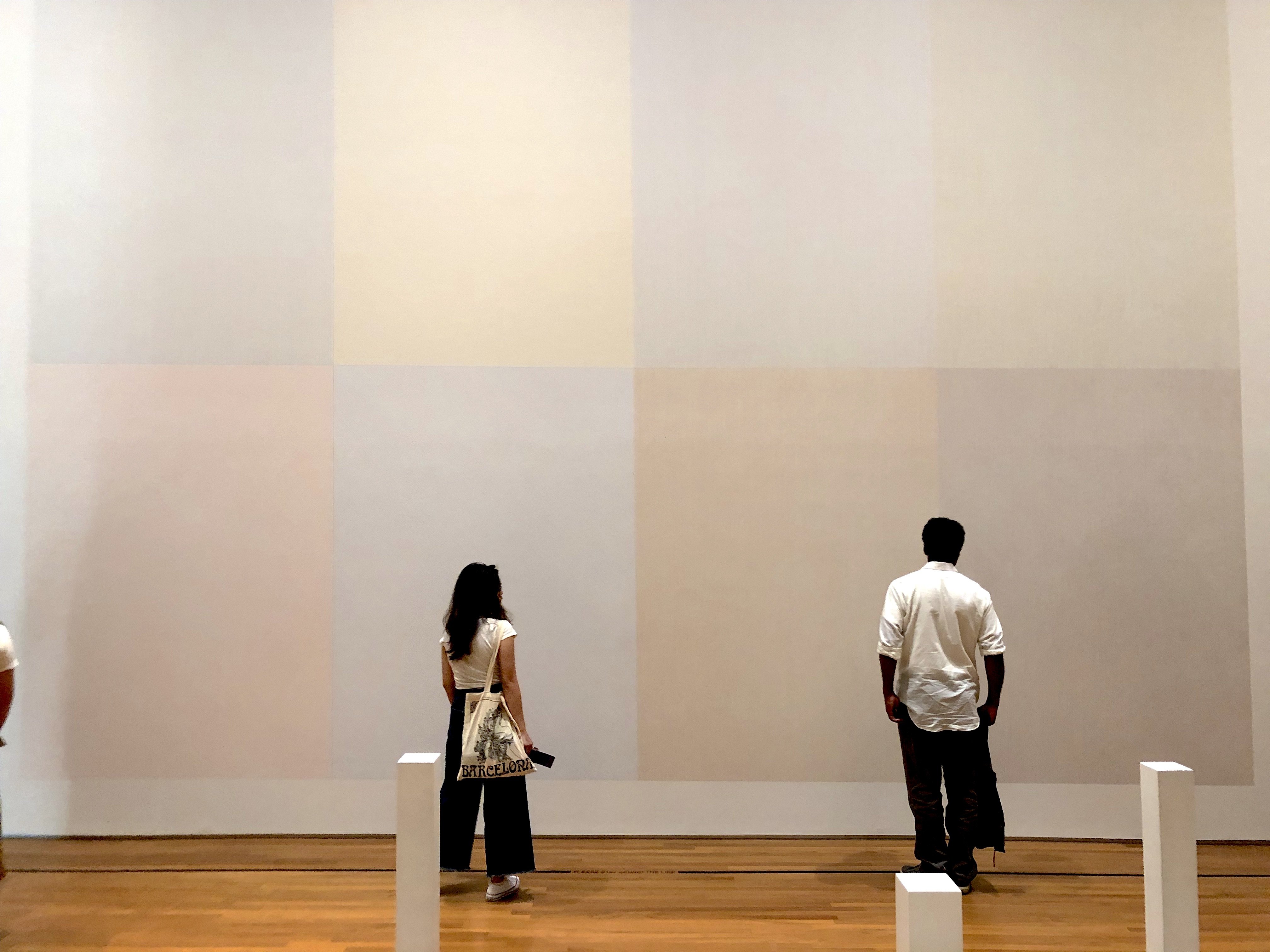 From a distance, an evanescent mist of colour appears to hover in front of the wall. I thought it was simply a beautiful sea of pastel paint, but once I took a closer look, boy was I dumbfounded. It was not paint at all. They were endless lines drawn in various directions by colour pencils. Colour pencils!! Are you guys hearing this? It’s a HUGE wall, adorned by colours, made up of little lines of a colour pencil! A pencil thickness is the most 0.5-0.7 on it’s lead, imagine how much time it took. Besides the crazy scale of this, not only was it lines drawn on the wall, they were precise, calculated lines that were drawn in an angle. Math + precision + repetition, that is crazy. Respect is what the professional draught people should get. 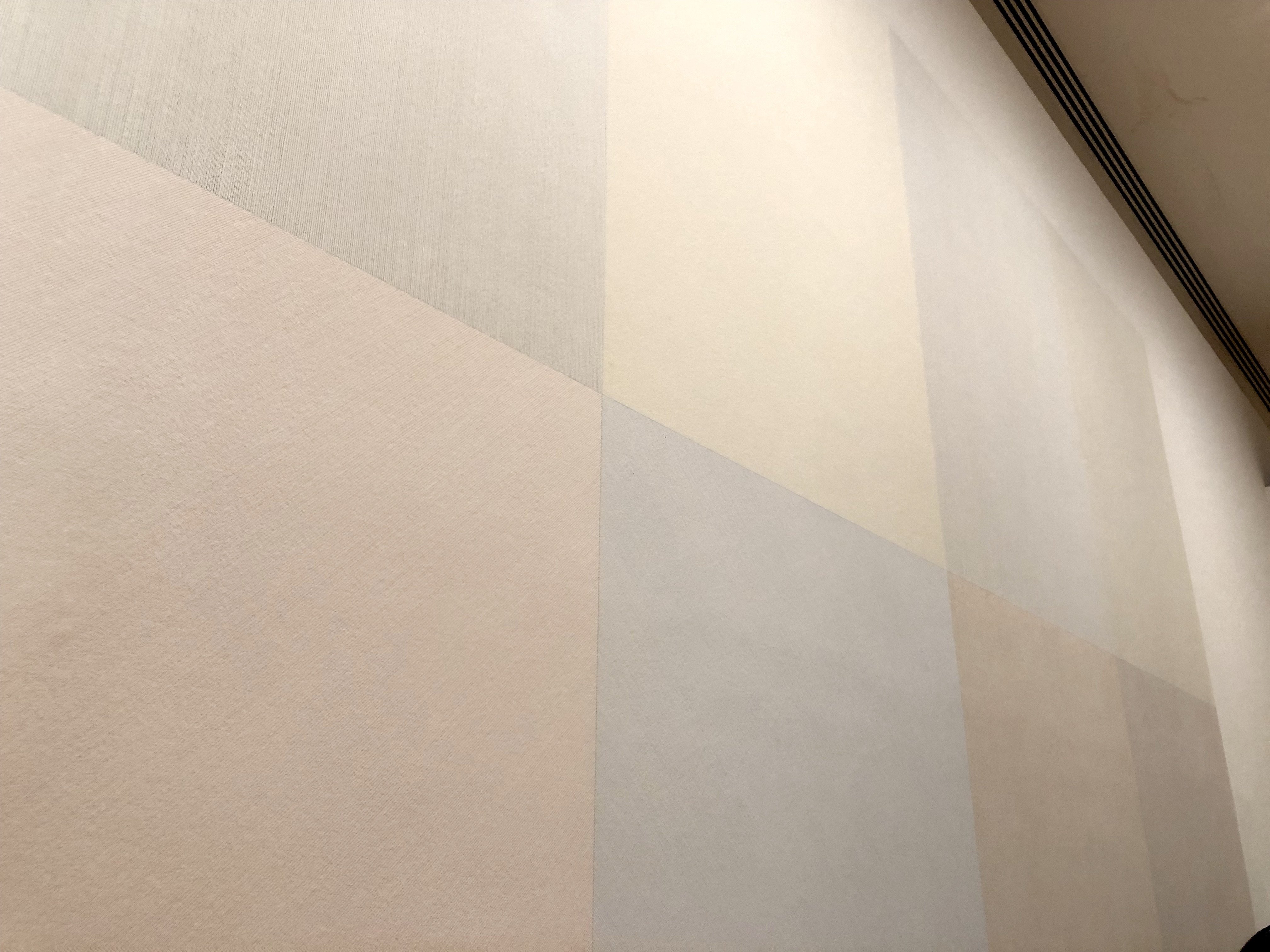 LeWitt’s works and drawings are heavily emphasised on the use of traditional medium. Besides colour pencils, he frequently uses graphite pencils to create delicately wavy lines and geometric forms in his art. This reminded me of how we are so used to our Adobe Illustrator/Photoshop that we gradually l forget how it feels to hold a pencil, rather than our Wacom pen. Think about it, when was the last time you truly held a colour pencil or a graphite pencil to create mindlessly?

If you guys could tell from my tone of voice here, I am still incredibly stumped by his work. So here are a loooot of insane close up of his work, and y’ll could see the details there. It’s crazy my friends, i n s a n e . 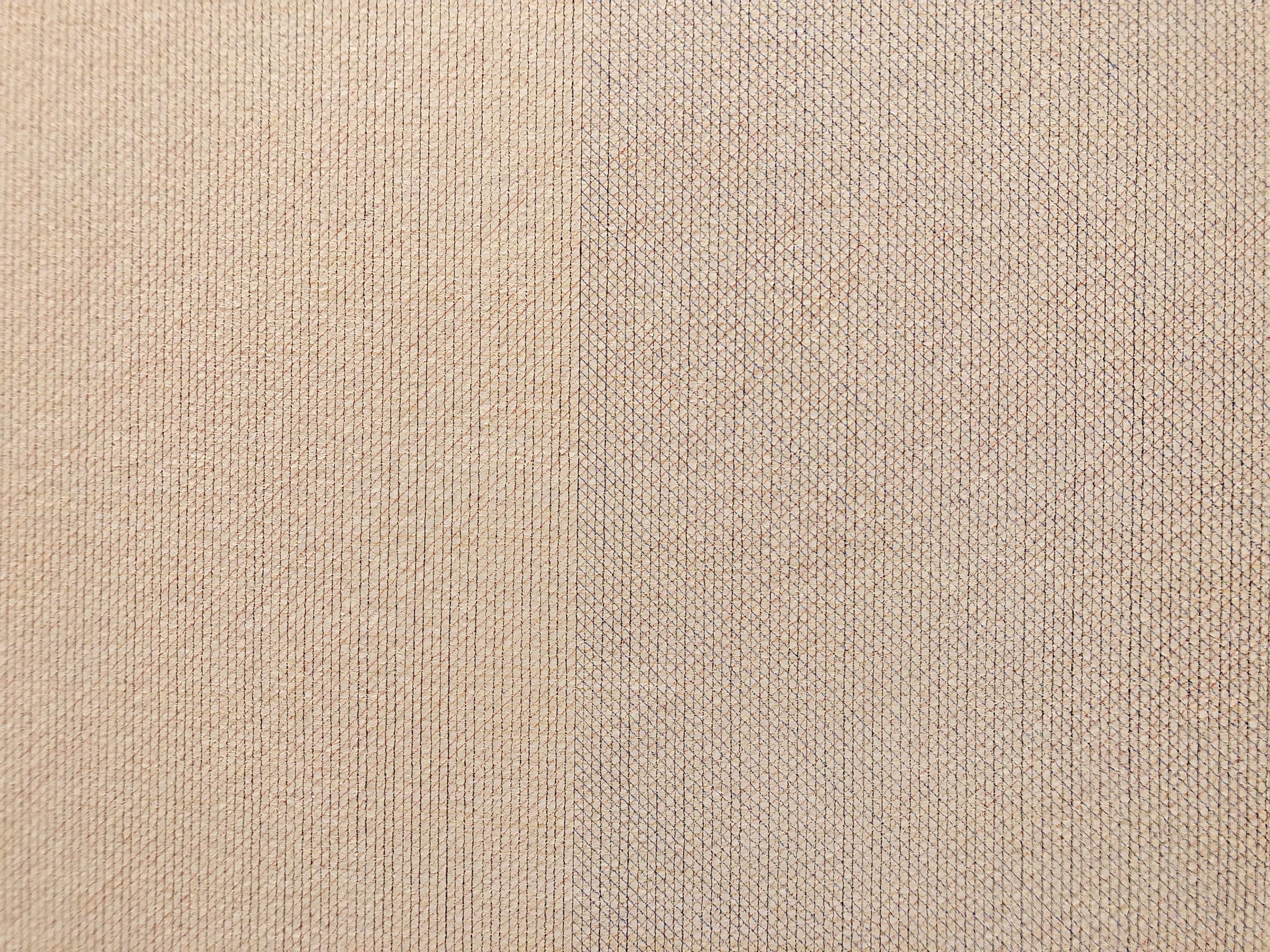 The technicality behind the drawing is so fascinating. It resembles a perfectly drawn grid paper or a blueprint that was actually printed from a machine. How can it be so perfect? There are zero mistakes at all. No shaky lines whatsoever. Also, the colours, the colours! The colour pencils that are used are simply primary colours and the combination of them created such beautiful hues of blue, pink, green and yellows. Besides making use of geometric shapes, colour theory is involved too! LeWitt basically went back to basics with his drawings and it’s mind-blowing because it’s such a simple yet complex idea.

Till now, I couldn’t believe that I thought it was just a simple wall paint. 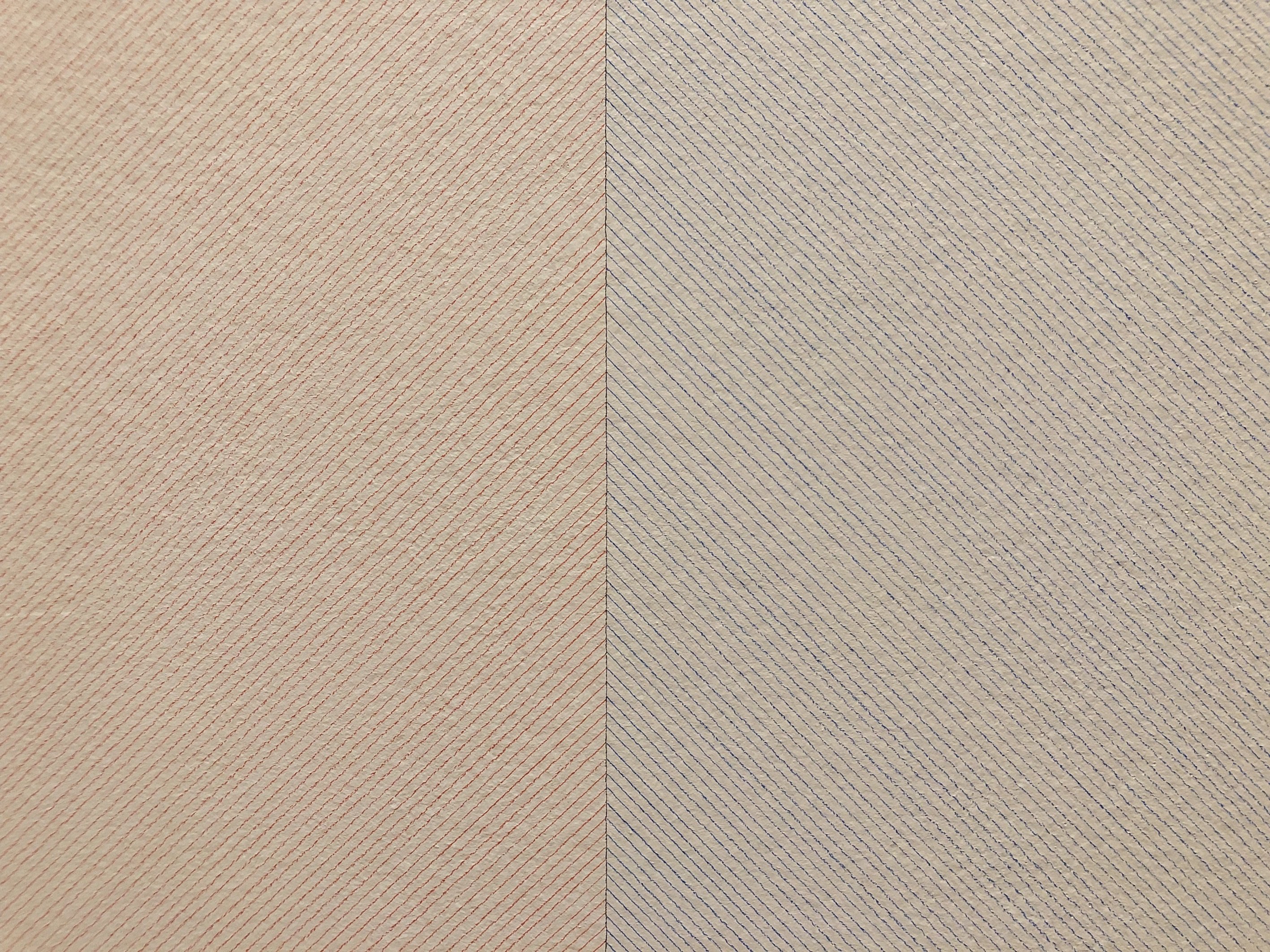 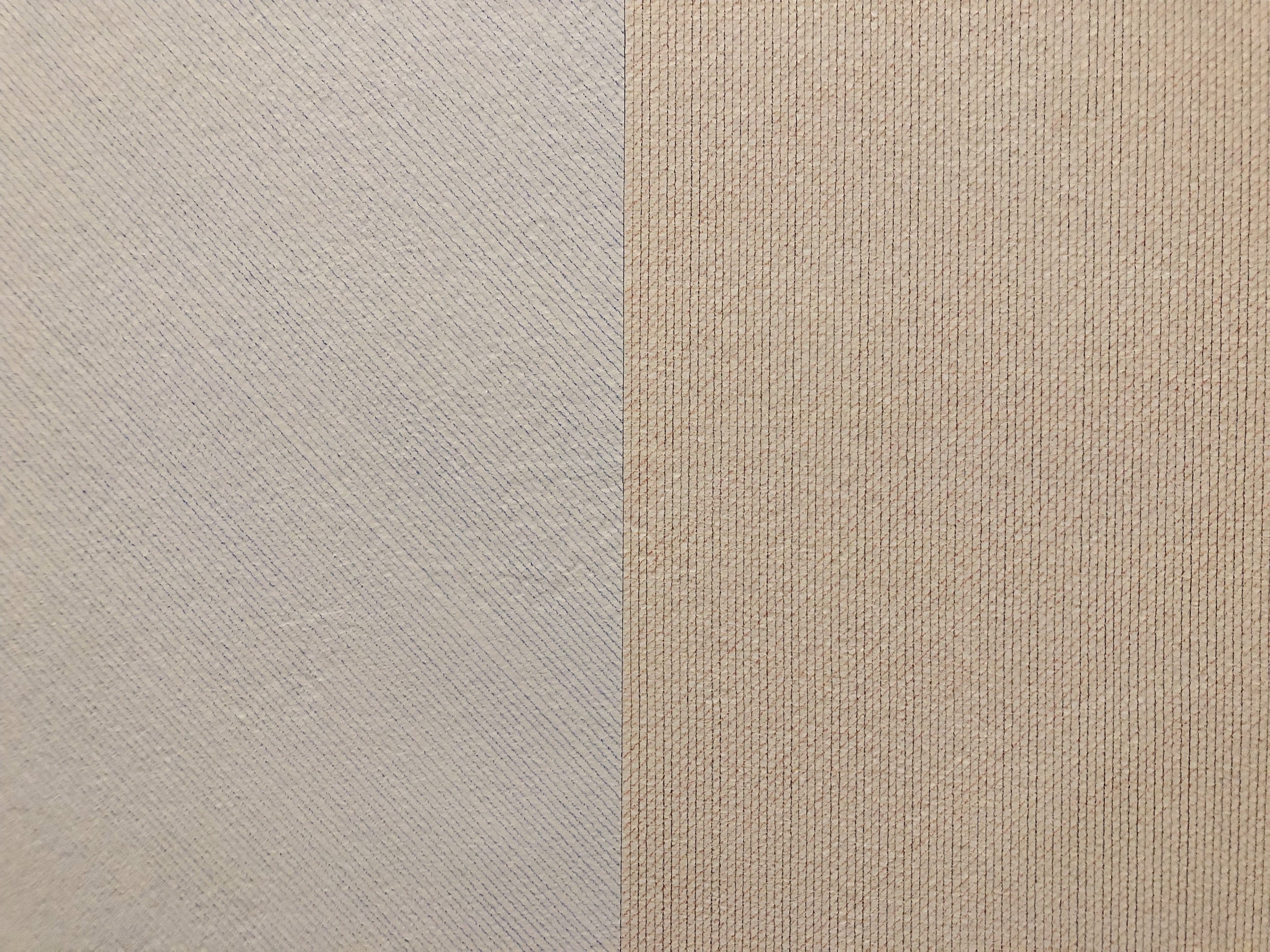 And here are some of his other works that share similar execution and the same amount of amazing-ness. 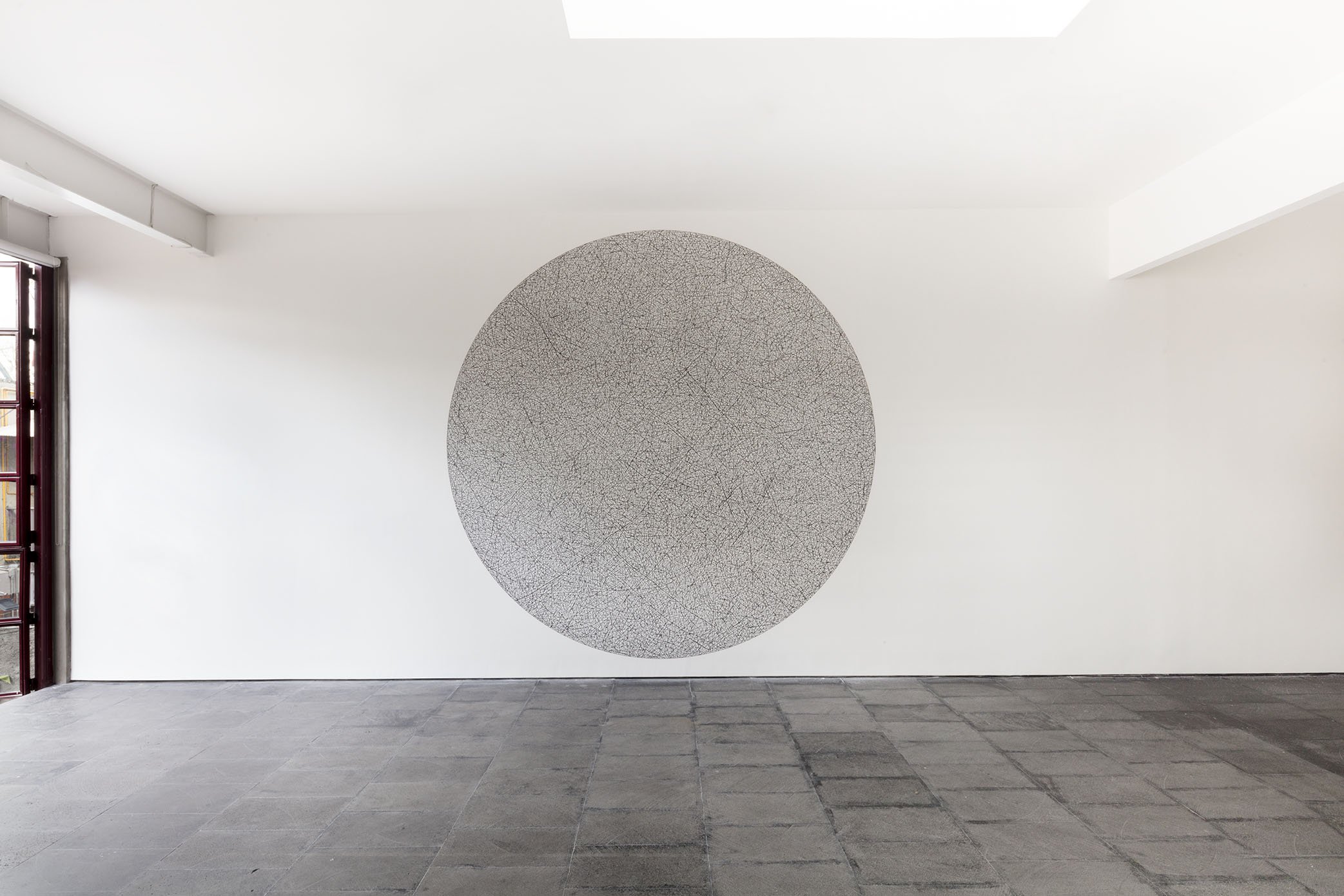 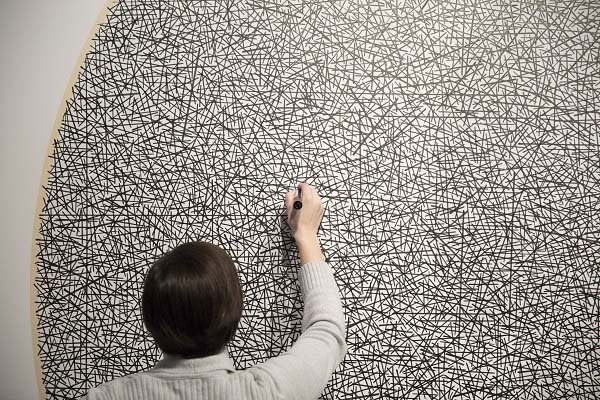 Wall Drawing #138
So LeWitt, 1972, Black pencil
Circle and arcs on both sides 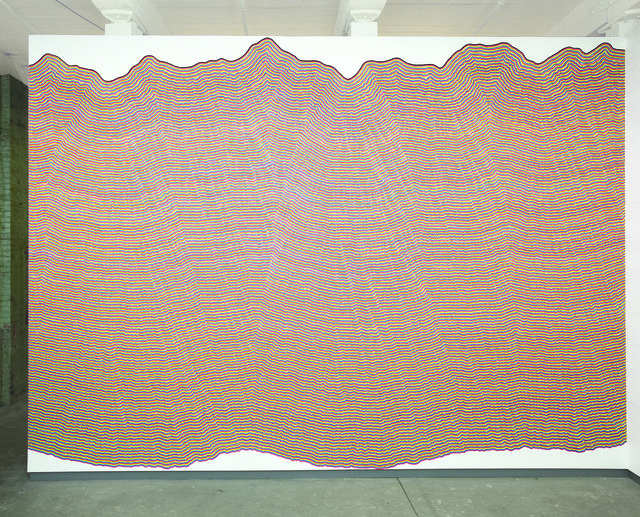 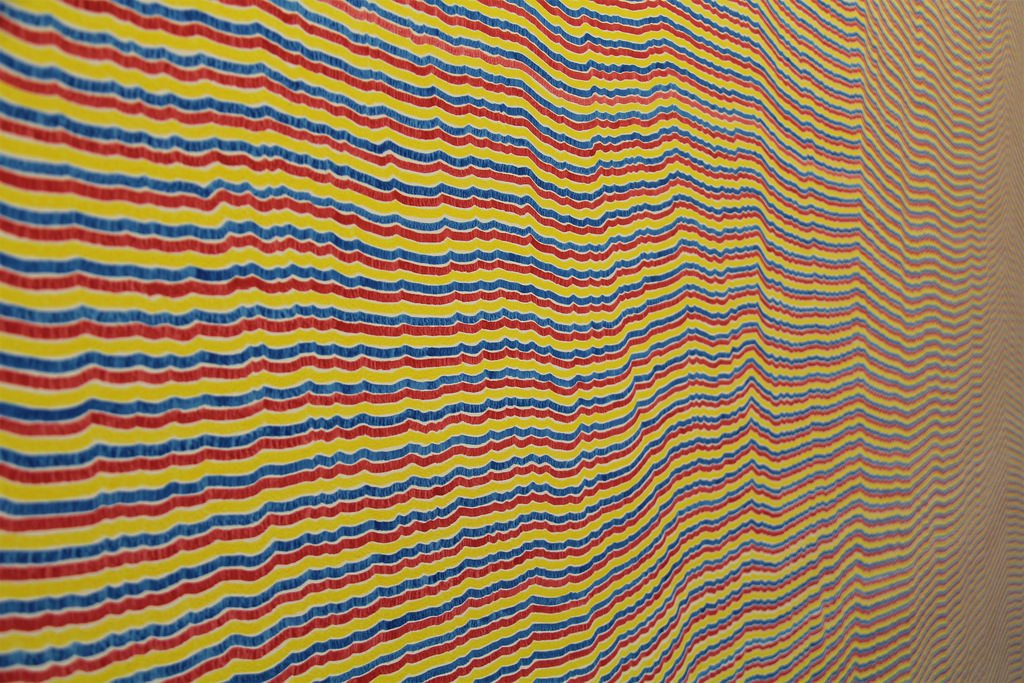