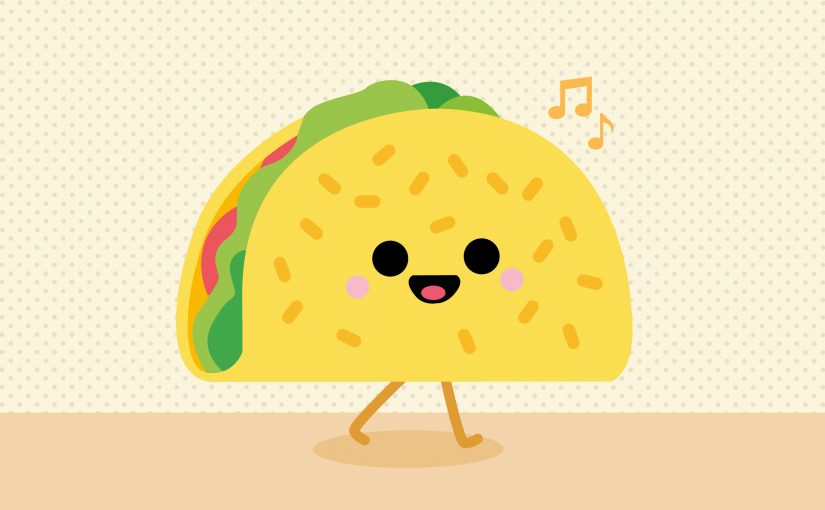 Colour Harmony: Monochromatic & Analogous Harmony
This piece is a neutral colour palette which consists of mostly browns, beige and grey, with a tinge of bright colours like yellow and white which is to make the sunny side up stand out among the rest. Browns and beige gives a sense of interest and anticipation, and youth.

Colour Harmony: Monochromatic & Analogous Harmony, Complementary Hues
This is a neutral colour palette with a bit more fun! Even though neutral colours like brown, grey, beige are used, a pop of bright yellow was added to give an element of fun as it’s a cheeky narrative of a Potato’s journey to become a smokin’ hot Fry.

Anyway guys, please notice the mini poster I did for the Potato. DID U GET IT.

Colour Harmony: Split Complementary Hues
With bright colours being used, this piece has FUN written all over it. I wanted the taco to look as yummy as possible, therefore I used a really bright green, for healthy veggie, a nice yellow as the lovely taco body to stimulate your appetite and a tinge of red to make it more appetizing.  This narrative is about a happy-go-lucky yet clumsy Taco who accidentally lost it’s fillings (feelings), get it.

Colour Harmony: Complementary Hues
Pastel bright colours were used to give a cheeky, fresh and fun look. Personally, ice cream is a happy food to me, and yellow is the universal happy colour. A blue hue is to give a certain calmness and to balance the overall composition as yellow is the most prominent in this illustration.

Among all the 2D projects, I LOVE this the most as I can finally get back in touch with my colours! I enjoyed the entire process of Project Ego as there are so much that I can do and I had fun brainstorming ideas that are maybe… abit too cheeky and weird for that matter.

My focus for this Ego project was really – to PUN and FUN as much as I can hahaha. I really wanted to do something fun and cheeky, nothing too serious as I guess this is one of the only chances I get to do what I really want. Or in that case, designing without any worries. And finally get the chance to do illustrations that I always wanted to do but never really got a chance (well more like lazy to do).

As my illustration style is more on the minimal and fun side, the choice of colours used is really important as colours that are too dull might make the entire composition look dead and boring. I didn’t even realise it myself that I’ve used a neutral palette for most of my compositions as it’s easier for me to make the main character of the composition stand out by using a complementary colour.

The difficulty that I faced in this project is that I kept thinking if my illustration is too simple? Is it lacking stuff? It’s really hard for me to kick the habit of “less is more” and the minimalist soul in me is struggling really hard. Even though I’ve studied 3 years of Visual Communication back in Polytechnic, I didn’t do much illustrations back then. This is the first time, I’m seriously sitting down, brainstorming and vectoring every single detail out. I thought I was going to be real fast doing this project, but boy was I wrong! The amount of options, I can do to present my composition is ENDLESS. How I decided to designed the elements in the composition is craaaaaaaaay as I’m really indecisive.

All in all, I’m actually quite happy with my results and thoroughly enjoyed this entire process for Project Ego. I guess that’s all I wanna taco ’bout. AHA sorry gotta sign off with a pun

As mentioned in my previous post, I’ll be doing my illustrations and narrative in a tongue-in-cheek, light hearted method, nothing serious, it’s all about fun! The brief mentioned that we have to put ourselves in a different scenarios which will produce all kinds of outcomes and reactions. After much brainstorming, I realise that I kept imagining myself as a type of food – well to be honest, I always wanted to be a burrito. Don’t you think they are so cute???? I mean yes they are yummy, but they are ador-a-ble!

But anyhow, I gotta calm myself down and here are some of the sketches and concept that I came up with. 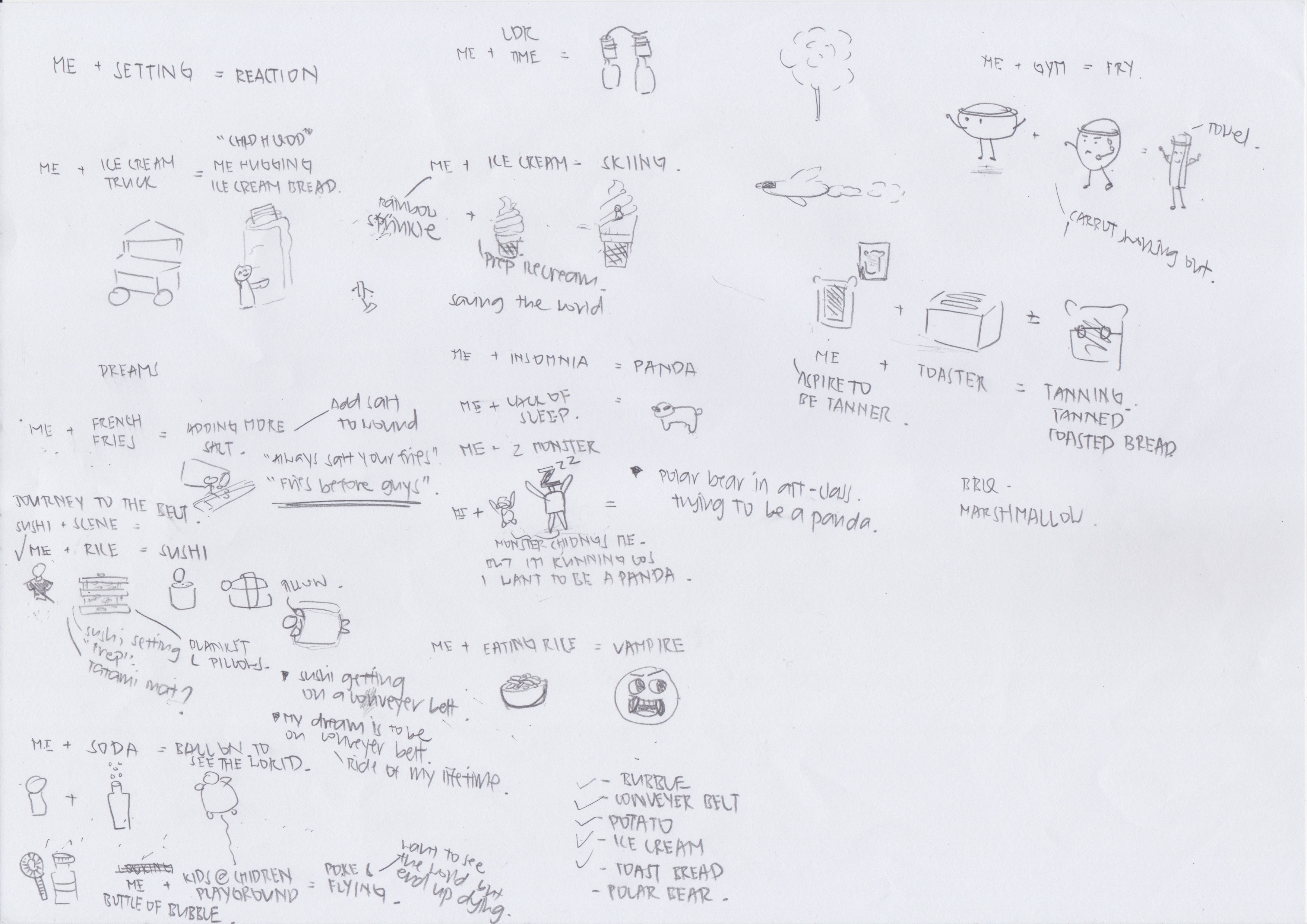 This is my first round of conceptualisation, as you can see, there’s alot of random ideas. Let me just list down the few that I thought has potential to expand.

Seeing The World
Me + Soda = Balloon
I’m just Me. After drinking a carbonated soda, I started to bubble up and become a balloon! In that way, I’m able to float into the endless blue sky and see the world~ Well, I was inspired by BFG Movie, where they drank the Frobscottle and started farting and flying up.

Seeing The World V.2
Me (Bubbles) + Kids = Seeing the World
I’m a bottle of bubble. And I’m stuck in the rack with the rest of the bottles. But one day, a kid bought me YAY, and released me in the playground – I can finally see the world! Until, I was poked by all the kids. So what I’m left, is just residue.

A Sprinkle’s Dream
Me + Ice Cream = Snow & Skiing
I’m among the thousand and one rainbow sprinkles, yet I’ve a dream. Which is to, get out of the container and start skiing on the icy cold vanilla ice cream! I’m basically thinking myself as a miniature human, and I would definitely be a yellow sprinkle.

Z Monster
Me + Insomnia = Panda
As always, a normal design student would never have enough sleep and will always be chasing the Z Monster. Me + Insomnia, not a good combo. But anyways, Pandas are awesome.

To be A French Fry
Me (Potato) + Exercise = Fry
Well, I’m technically a coach potato, and always procrastinate in going to the gym, yet I always complain that I’m gaining weight. SO, this is my DREAM, to lose weight and be a FRY. Do you get it, from a potato – to a fry? Shedding skin, literally.

So, after much brainstorming, I’ve finally shortlisted 4 concepts which will be in my final work! 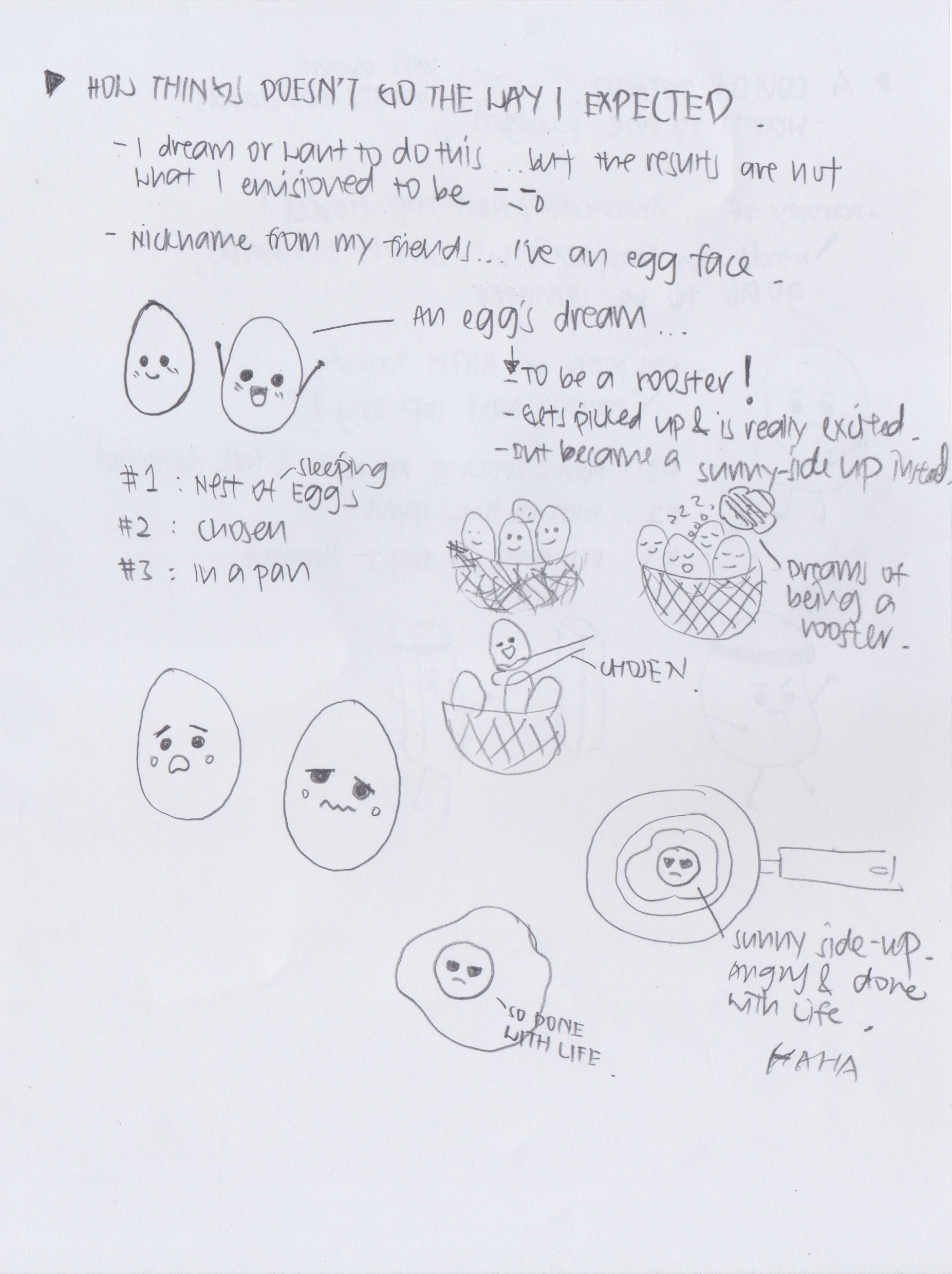 The Egg’s Dream
Me (Egg) + Expectation = Not What I thought Of
Well, this happens to be all the time. Thats why I decided to do this. It’s plainly laid out, expectation and reality. The reason of me choosing an egg is because my friends say my face resembles an egg -_- well I hope it’s a cute egg. Anyways, the story goes like – this egg dreams and aspire to be a rooster, but, sadly, it didn’t turn out as he/she wanted to. Stay tune for the ending in my final piece :p 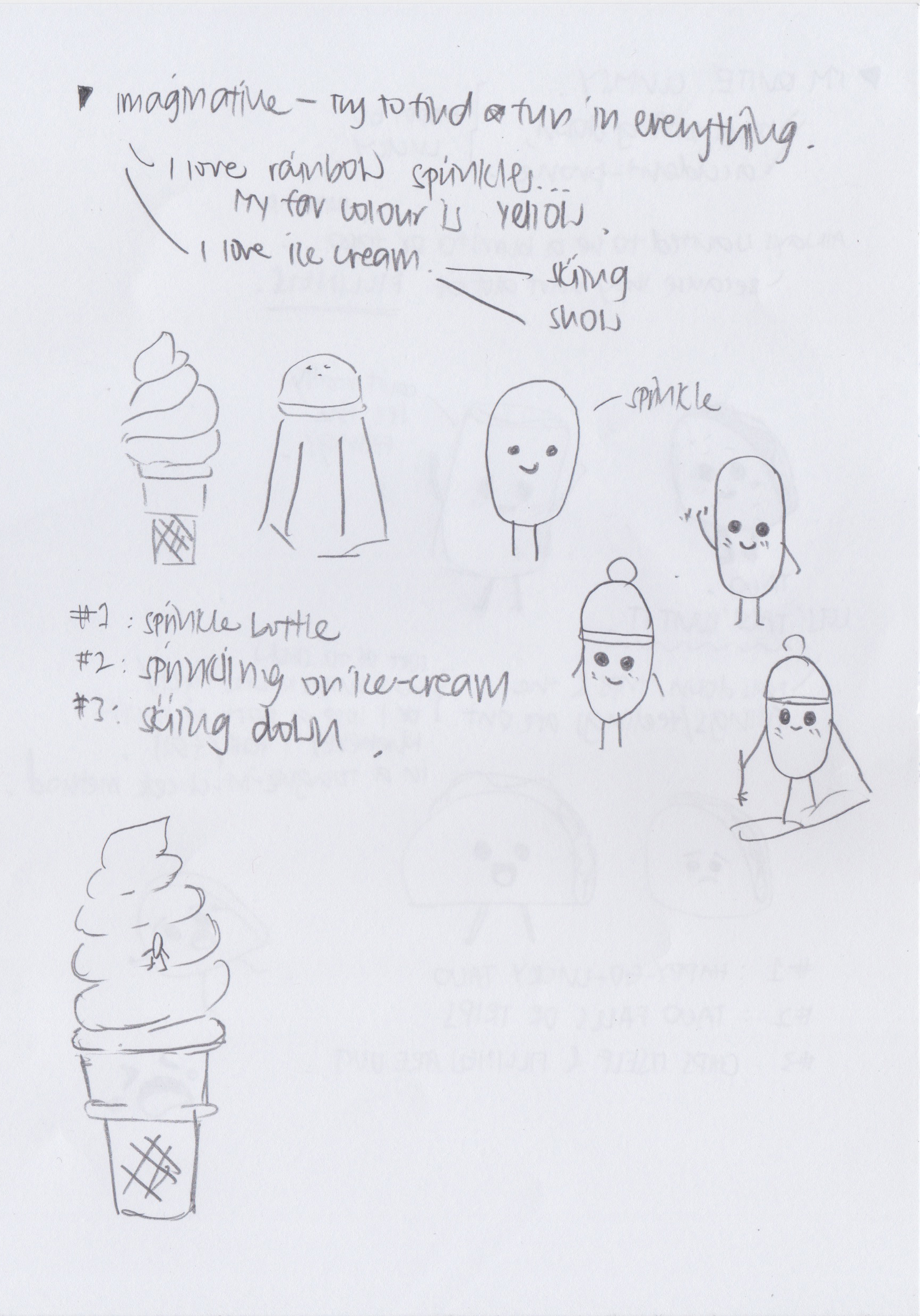 The Yellow Sprinkle
Me (Sprinkle) + Ice Cream = The World of Skiing
I’ve never been to a Winter country before, so let this be my dream – again! I chose to be a Yellow Sprinkle, because it’s my favourite colour and yellow is also a happy colour! It’s just me, sitting among the thousand and one sprinkles in the bottle, yet I have a dream! Which is to get out of the bottle and lay on the icy cold vanilla ice cream, together with my ski gears and beanie, just casually, sprinkling down the ice cream. 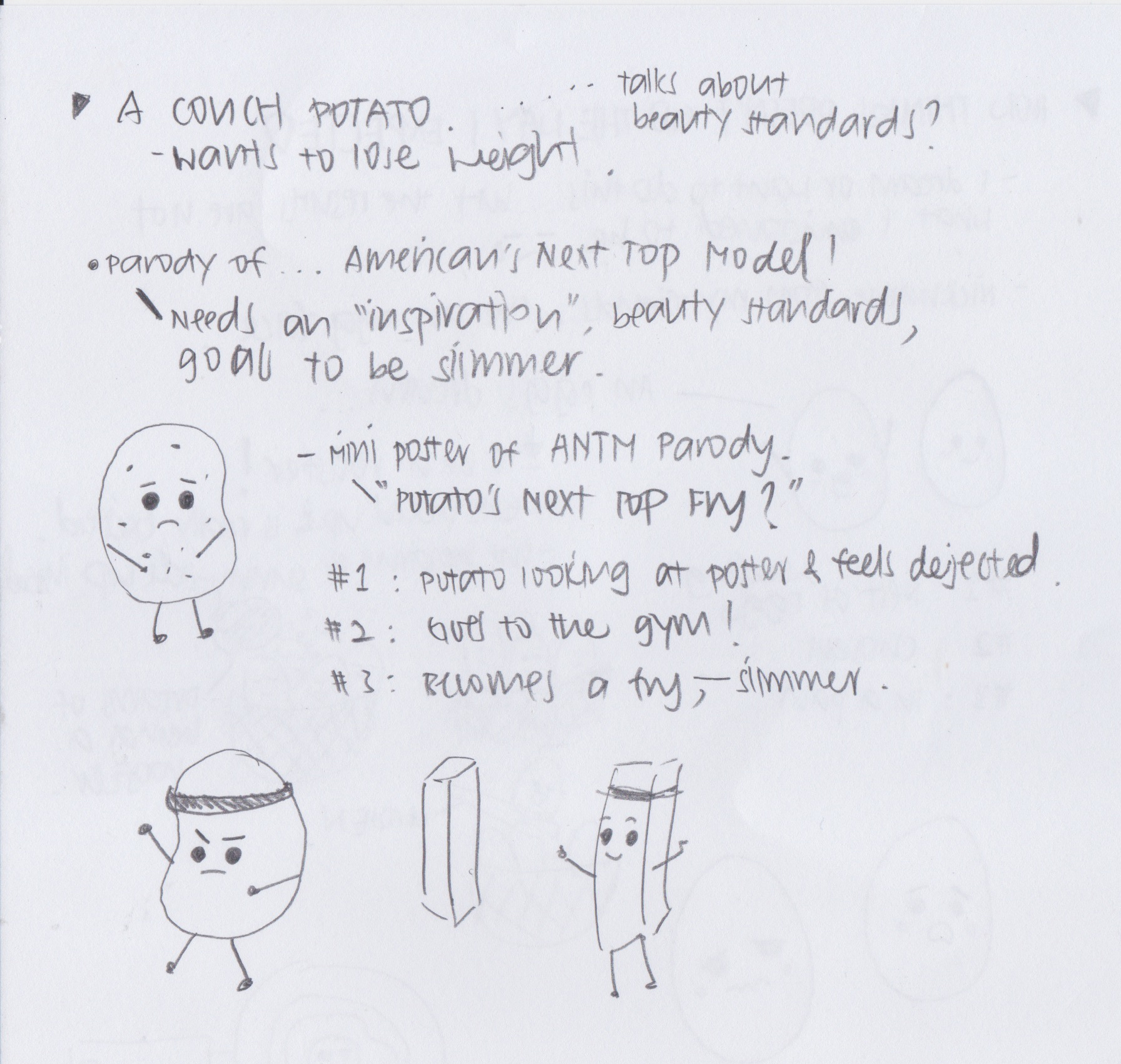 Potato’s Next Top Fry
Me (Potato) + Gym = Hot French Fry
If you caught it, I got the name for Potato’s Next Top Fry from America’s Next Top Model. The couch potato, getting all stressed up about the beauty standards in the society. So, it’s just my imagination again BECAUSE, I don’t think I will get the motivation to work out that much. How this illustration is gonna work is, from a potato – after lots of exercising – becomes a fry. Is that apeeling yet? 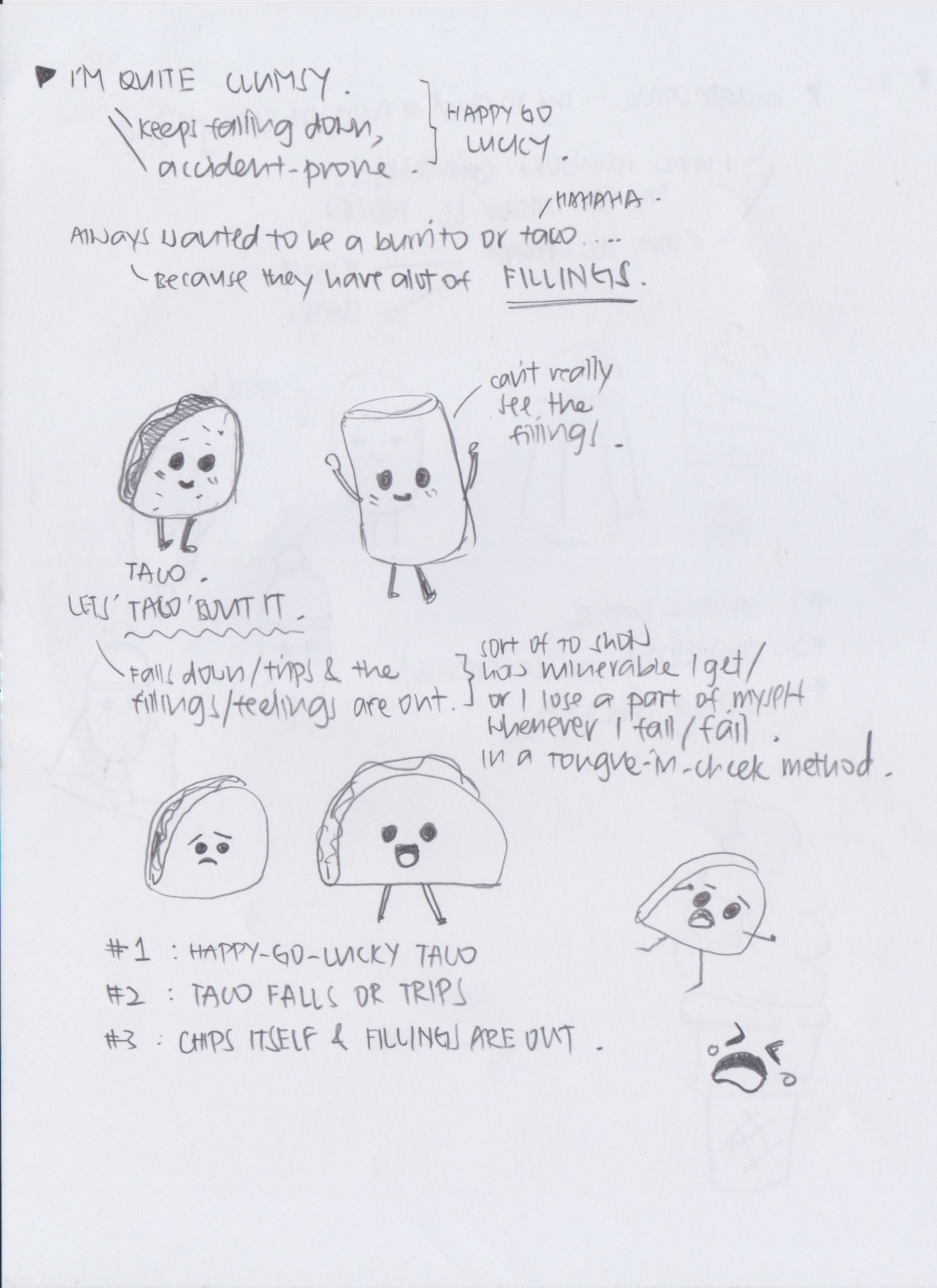 Taco’s Fillings
Me (Taco) + Clumsiness = Exposed Fillings (Feelings)
LETS’ TACO ‘BOUT IT. If you know me well enough, I’m an extremely clumsy person and superrrrr accident prone. So, this “clumsiness” of my inspired me to do this series which is called – Taco’s Fillings. Ok so, I mean why did I choose Taco? Well, I love Tacos and it’s something that I can pun with… You will see in the final piece. 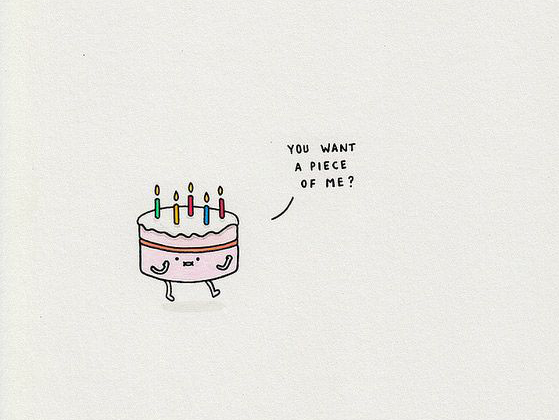 Project Ego brought the colours are back! Here are some research that I’ve done to get some inspiration. I guess the direction that I’ll be taking for this project will be a tongue-in-cheek method.

I’ll be sharing with you guys some of my favourite artists!

I really like Jaco Hassbroek’s work, he’s a freelance illustrator and designer, and he clearly likes using puns on his illustrations which consists of food, objects and animals. His minimalist illustrations (feeds my minimalist soul) depicts literal puns which I found them REALLY smart yet cheesy. Here are some of his works which I enjoy – a lot. 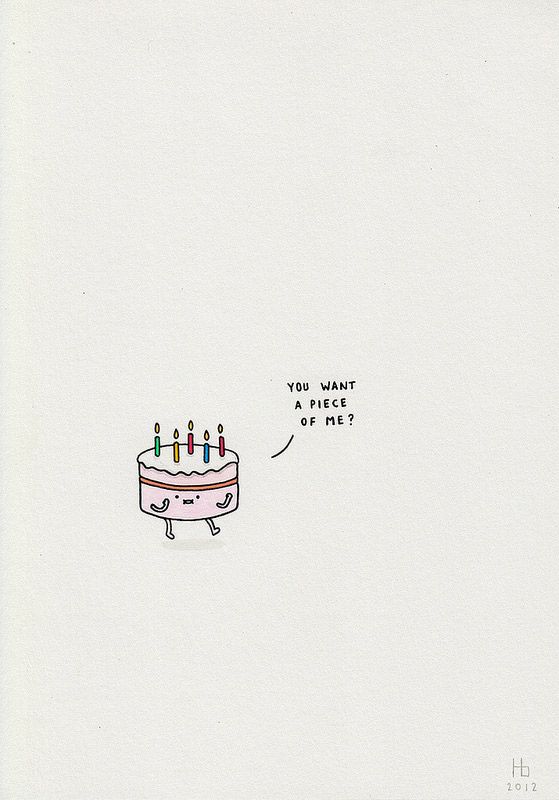 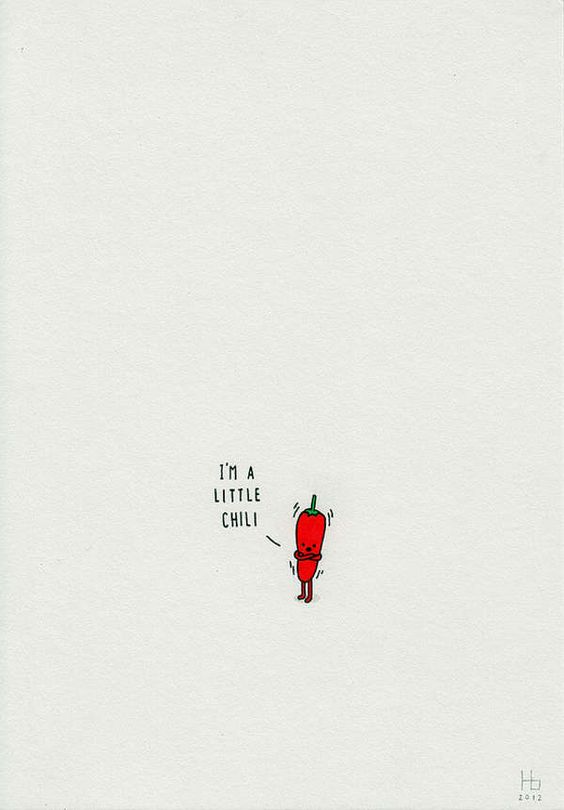 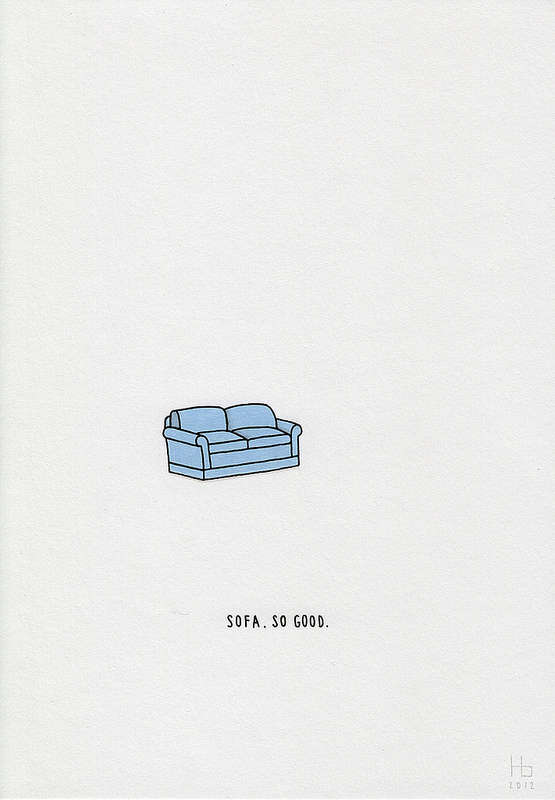 Another artist’s work would be – the famous Liz Climo. Her works can be both heartwarming and funny at the same time. Here are a few examples: 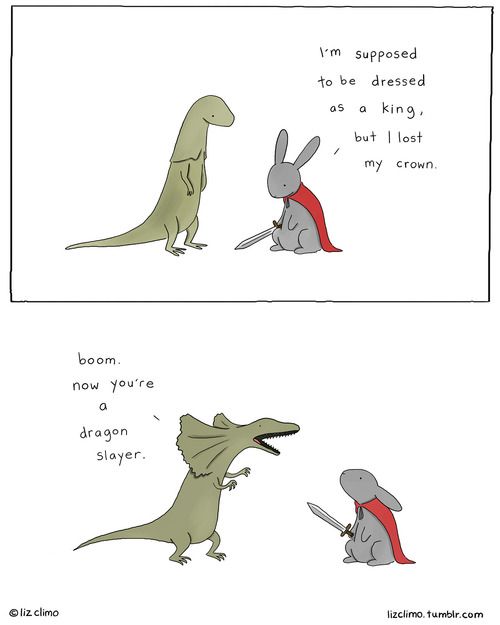 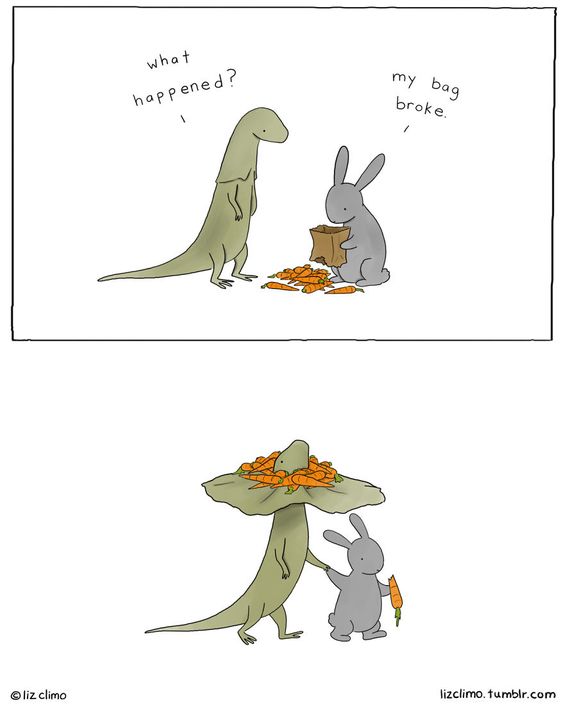 Here are some illustration styles, 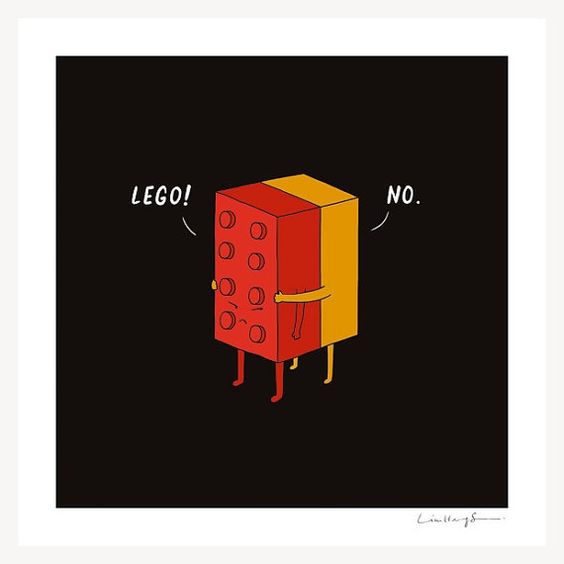 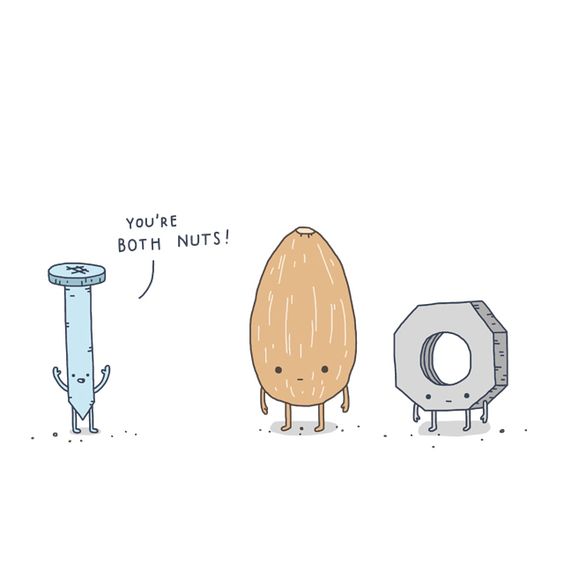 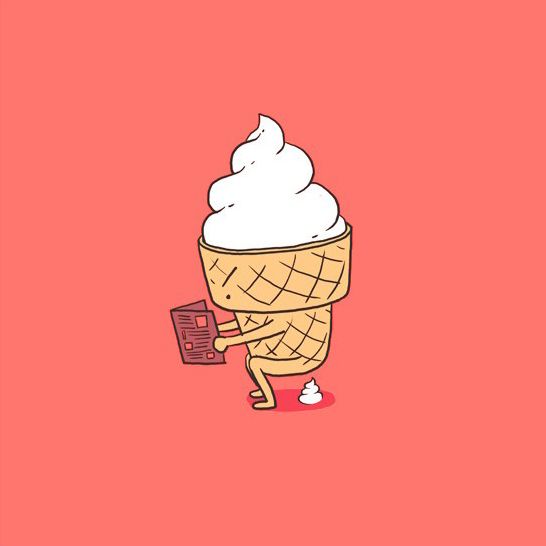 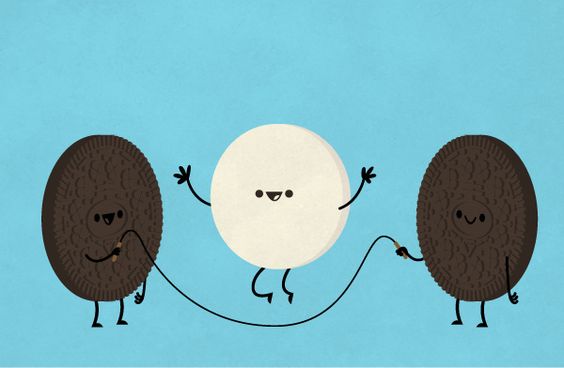 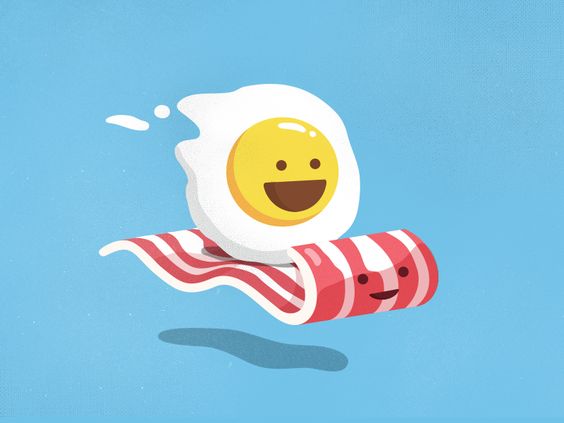 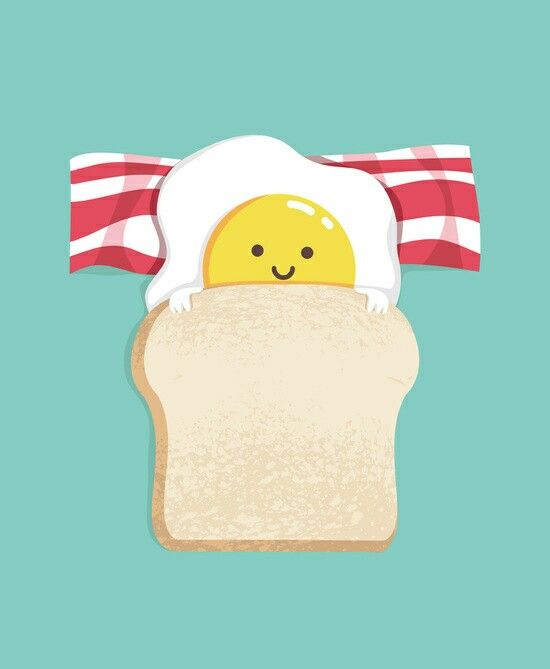 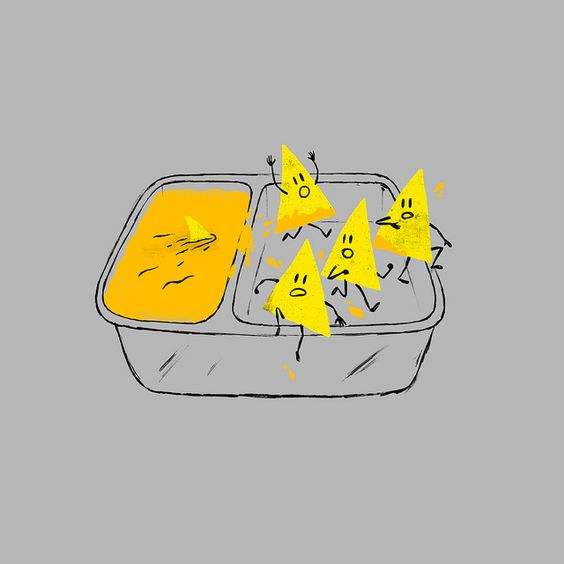