Hello. So the word I got was WEIGHT/MASS, and I interpreted in a way so that it can also mean WEIGHTLESSNESS

and here is my final! (before the edit) 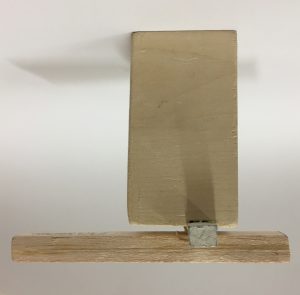 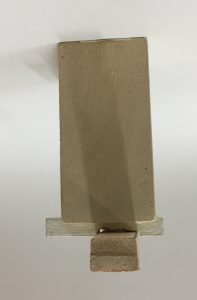 side view of original final 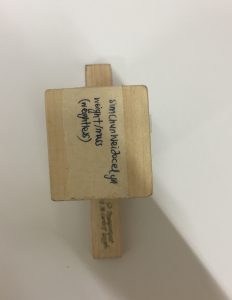 So this is how it looked before I had to change it! (sorry the photos look abit wonky because I placed it on the top, so the shadows are in the opposite direction)

The problem with it is that the Sub-dominant (the long piece on the bottom) is longer than the Dominant (clearly the bulky piece on top), so it sort of fights for attention with the D to be more dominant. So prof suggested for the SD to be made transparent so that SD will show the weightlessness more, and for it to be shortened (to be 2/3 of the current length). Unfortunately, I measured all the pieces to to 2/3 of each other already, (D to be 2/3 length of SD, SO to be 2/3 length of D) so to adjust to 2/3 length of SD would mean that it would be the same length as D. and my wood piece for D is restricted to that height/length because of the wooden block I bought, so I decided that photoshopping it would be that best option to reflect the new change! 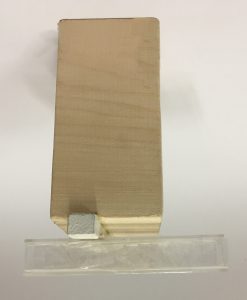 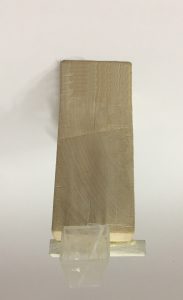 Side view of edited final 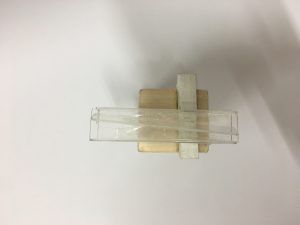 The bottom piece I replaced with a box like structure I made from an acrylic board. Because of physical restriction aka I-don’t-have-acrylic-glue, I used clear tape to put it together? and it wasn’t stable enough so I placed another acrylic piece in the center running through the box so that it adds stability (initially it was supposed to be an X running through the box but when I was trying to saw a slot for it, it broke into two so I needed to come up with a back up plan) 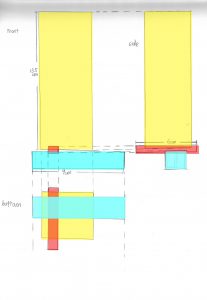 Thoughts: the struggle was mainly with the material itself? Not too familiar using such materials (ie wood and acrylic),  the last time using these were at least 4/5 years ago. It was pushing me out of my comfort zone, having to think about the physics of things (also haven’t touched physics since 4/5 years ago :’) )

Here are some of the fails! 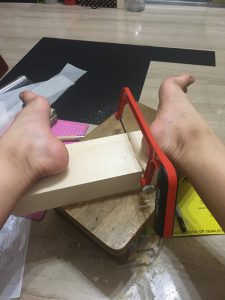 My makeshift clamp system. My mom found it very amusing. (it took a full hour for me to get through it) 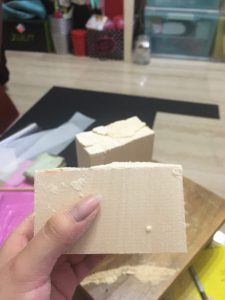 So I managed to saw it through, but managed to make it super uneven :’) alot of sandpapering was required

gif <- click to see my unsuccessful attempts to make the Sub-ordinate out of shiny paper to make it look like its floating!

oh well. Guess this project is over. Onto the next one, hopefully I don’t screw up! :’)